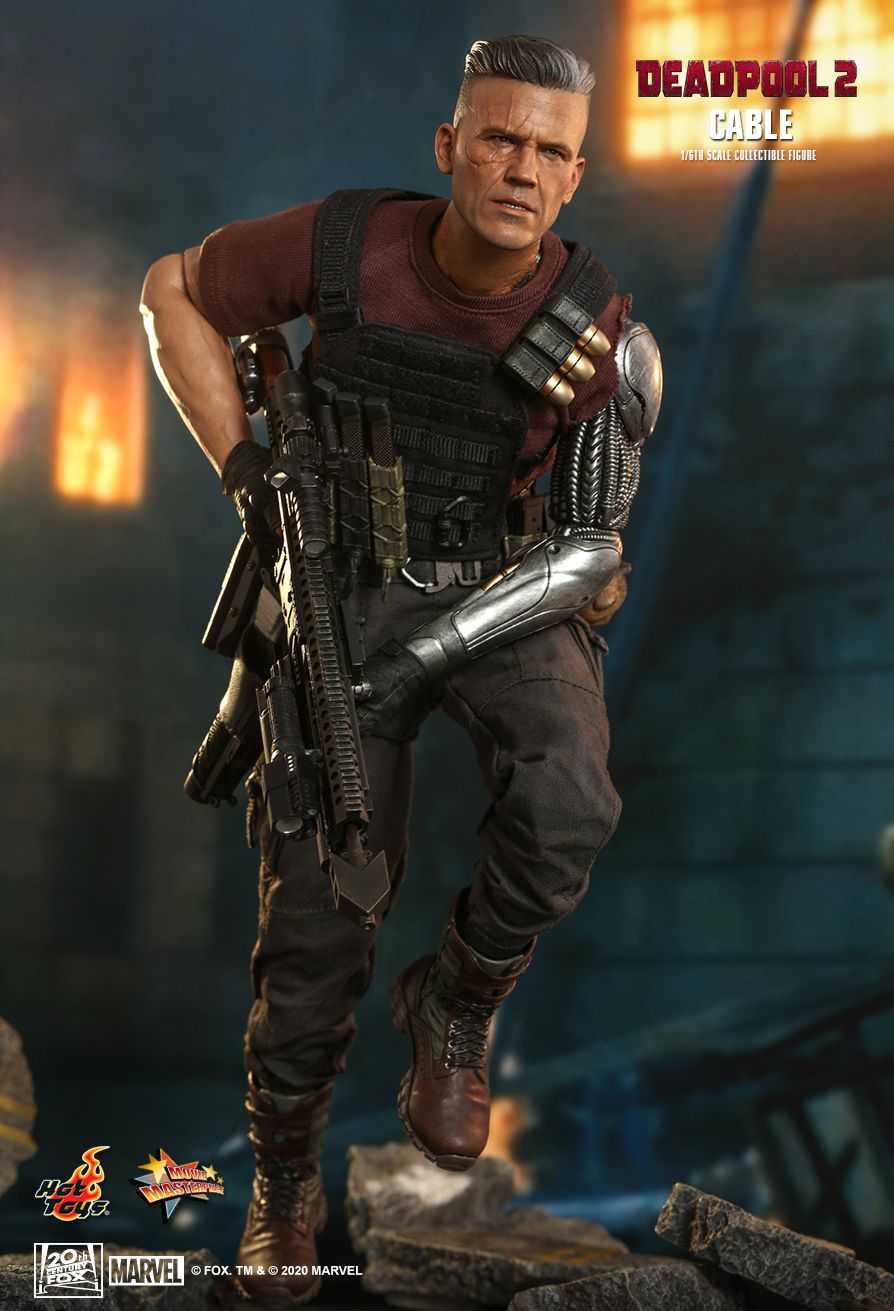 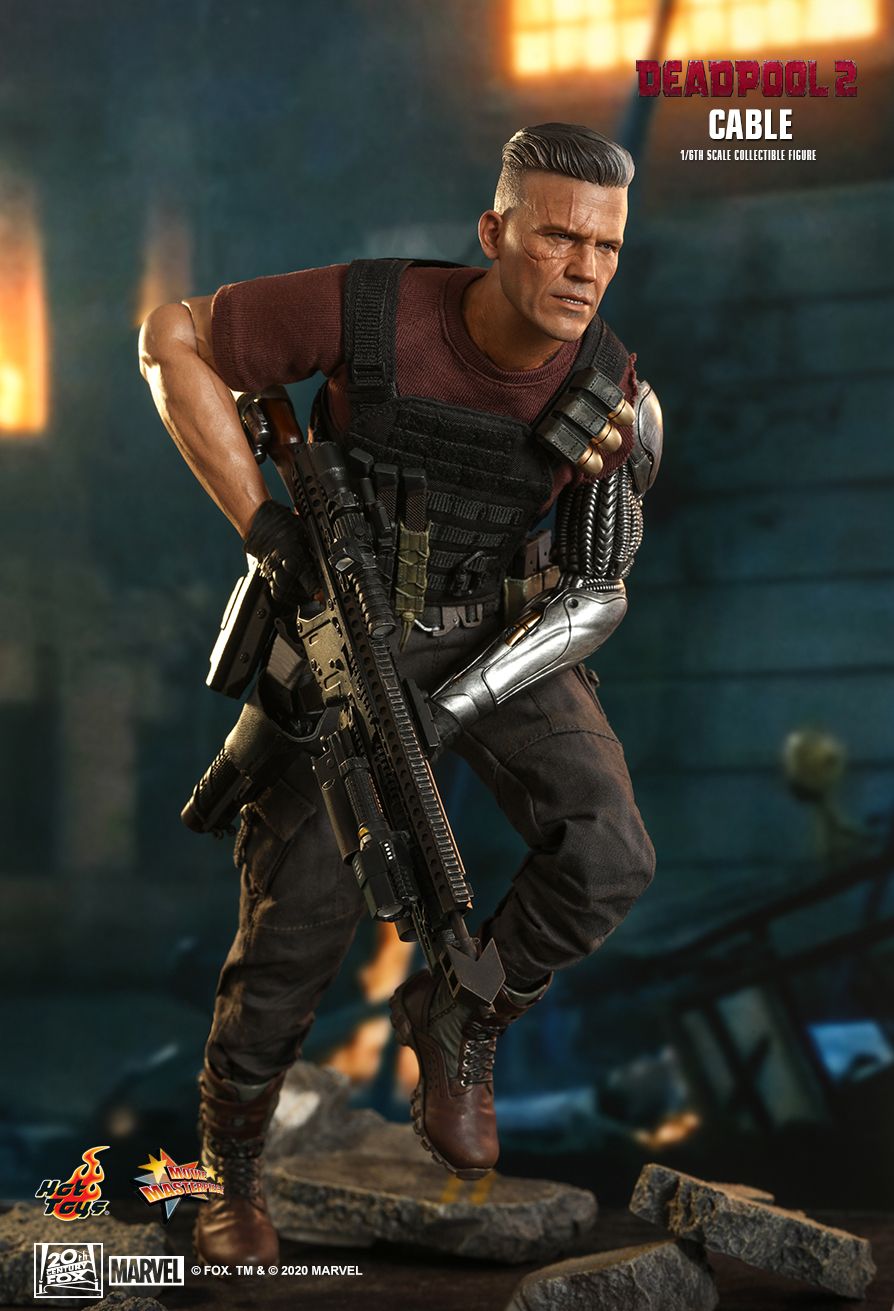 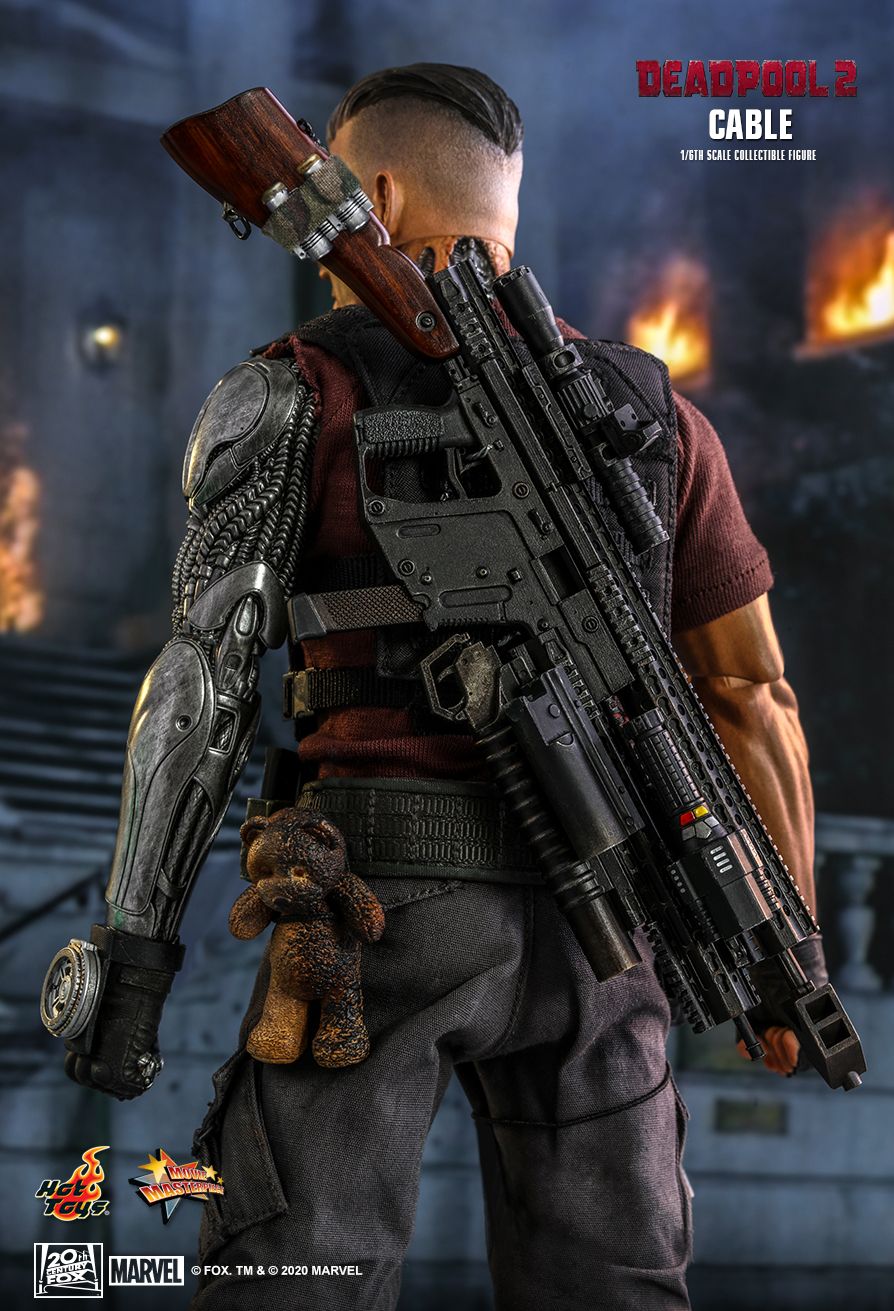 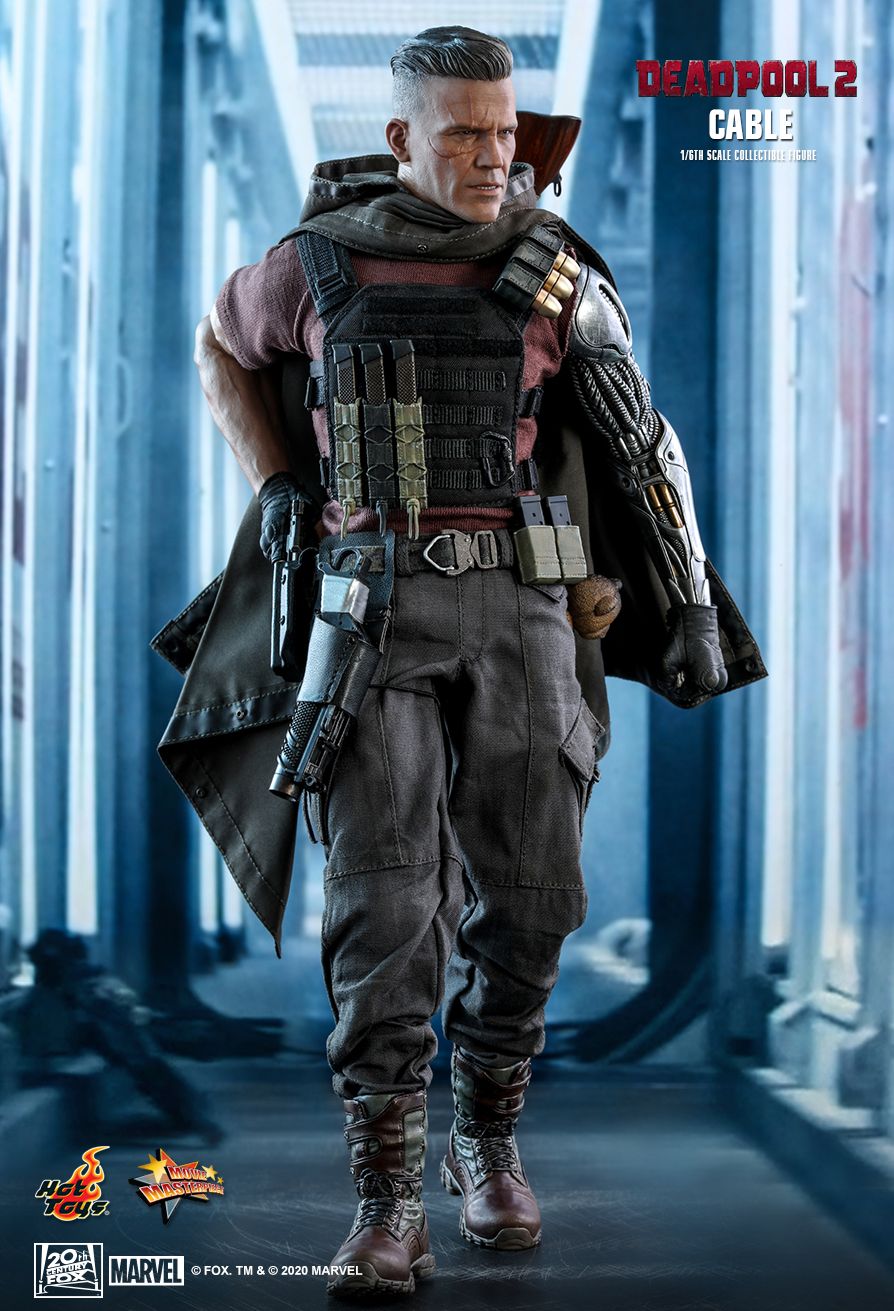 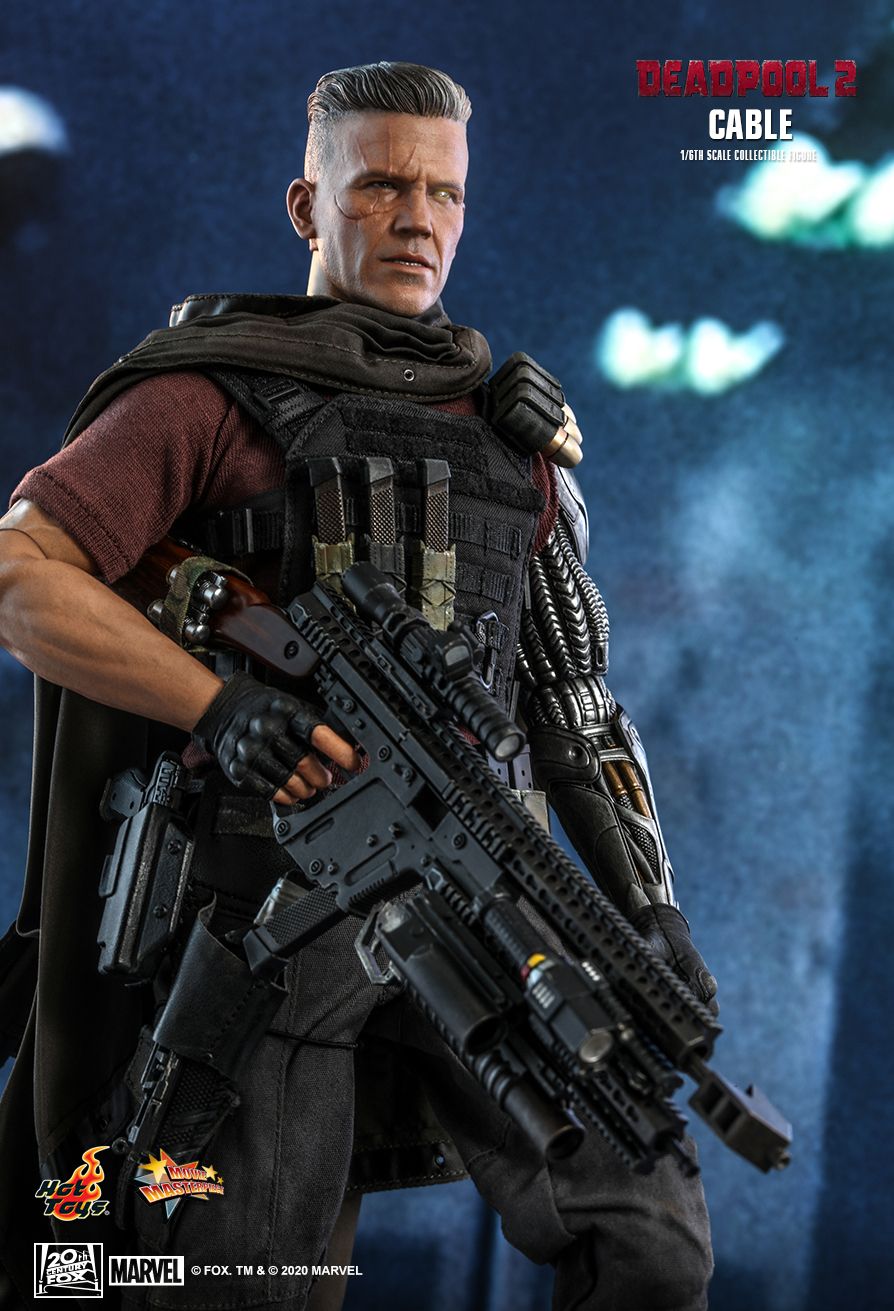 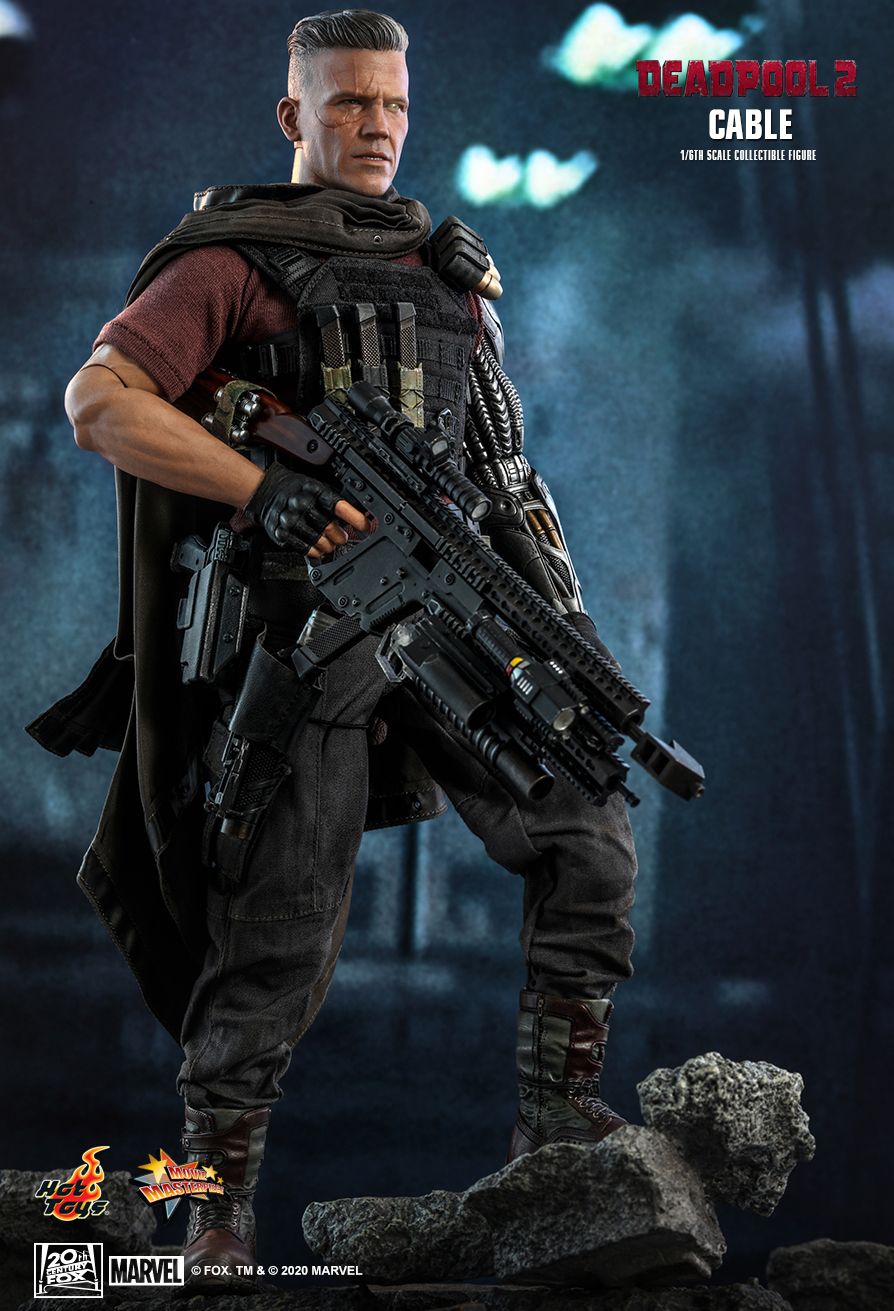 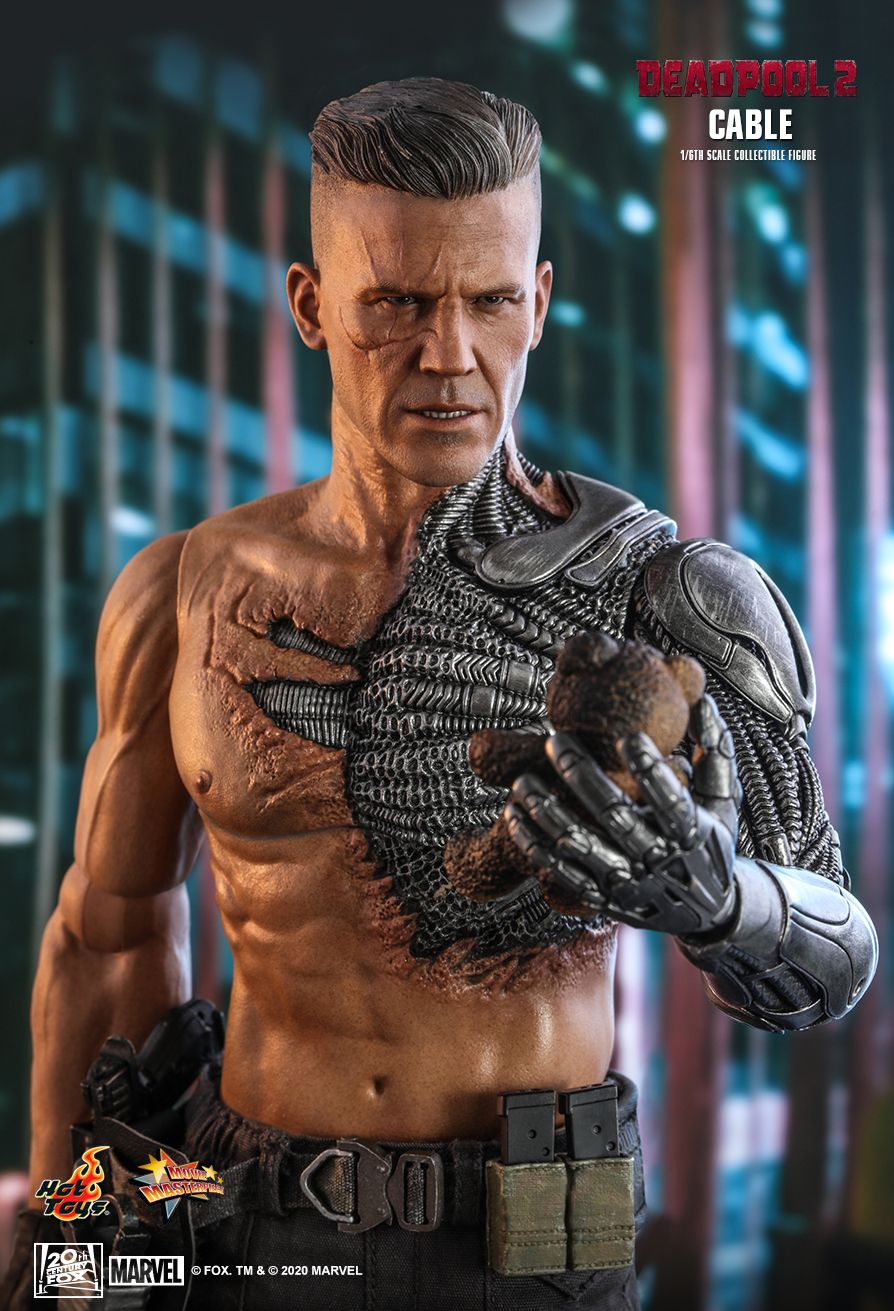 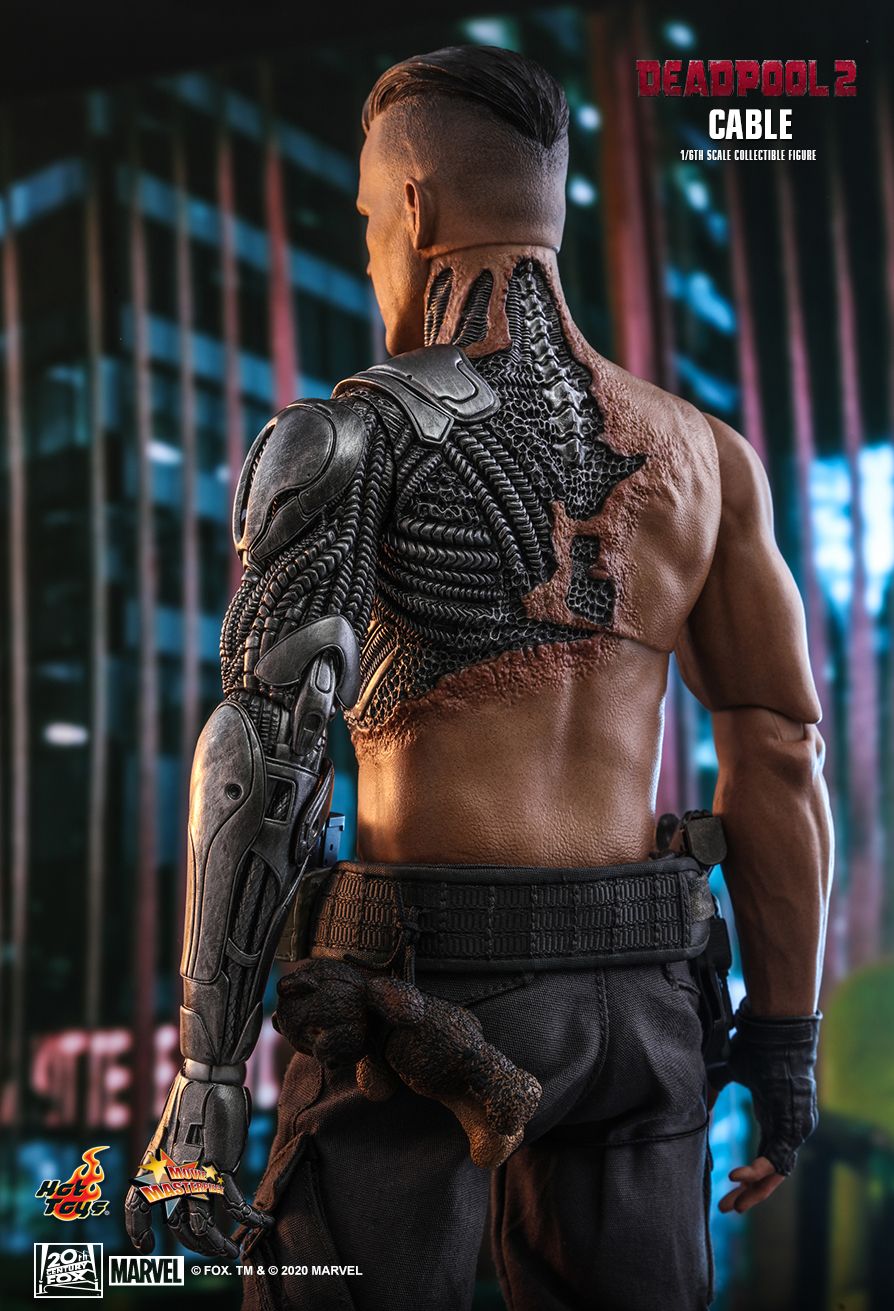 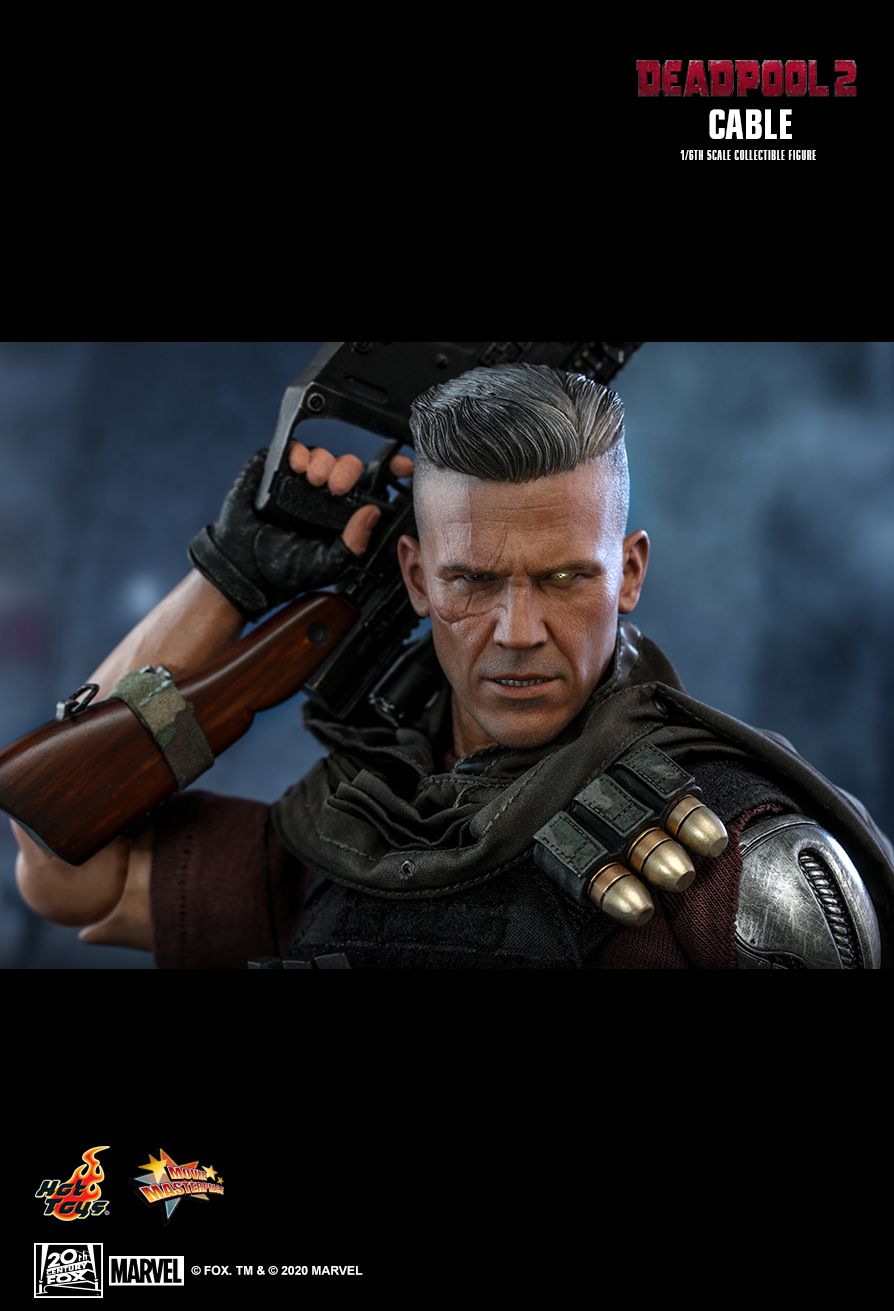 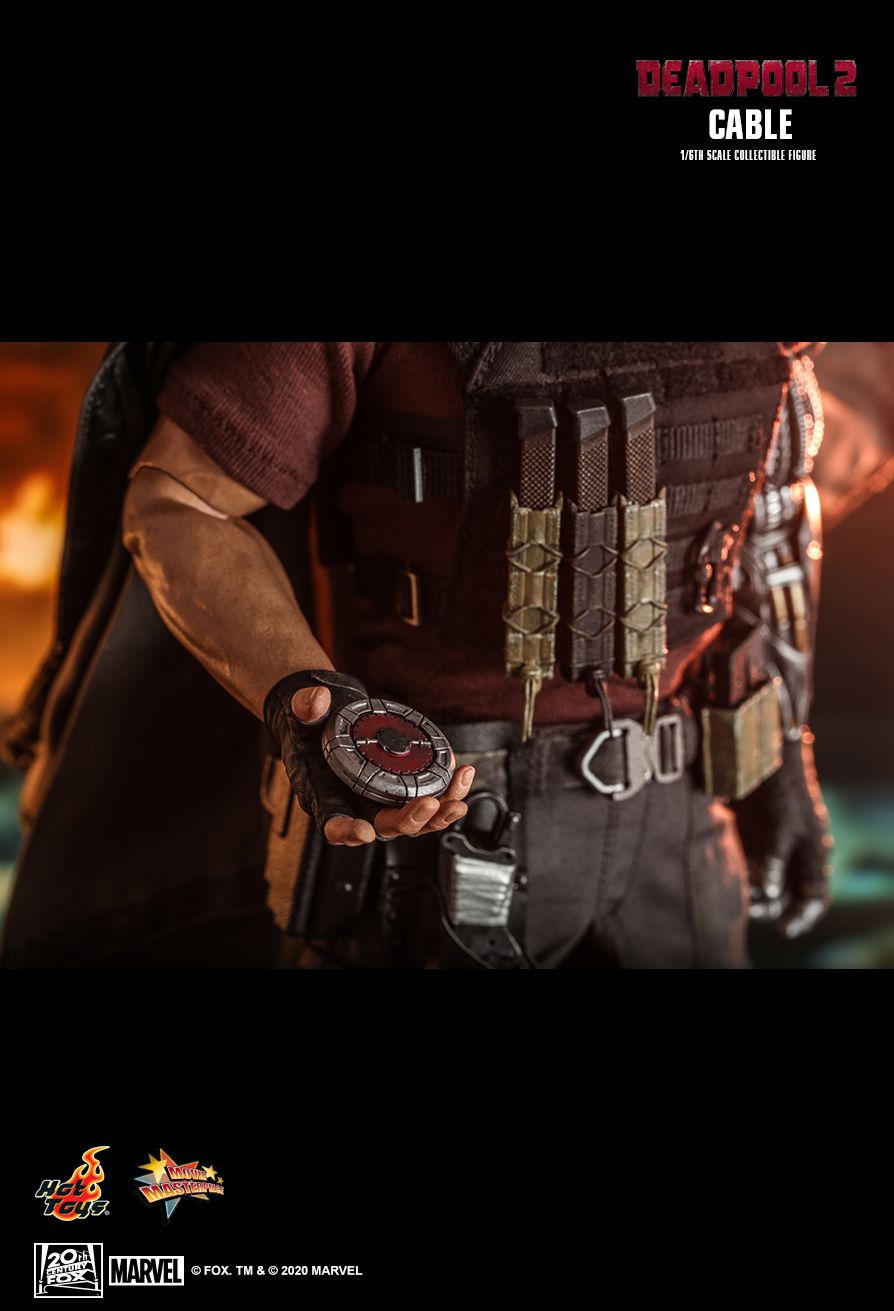 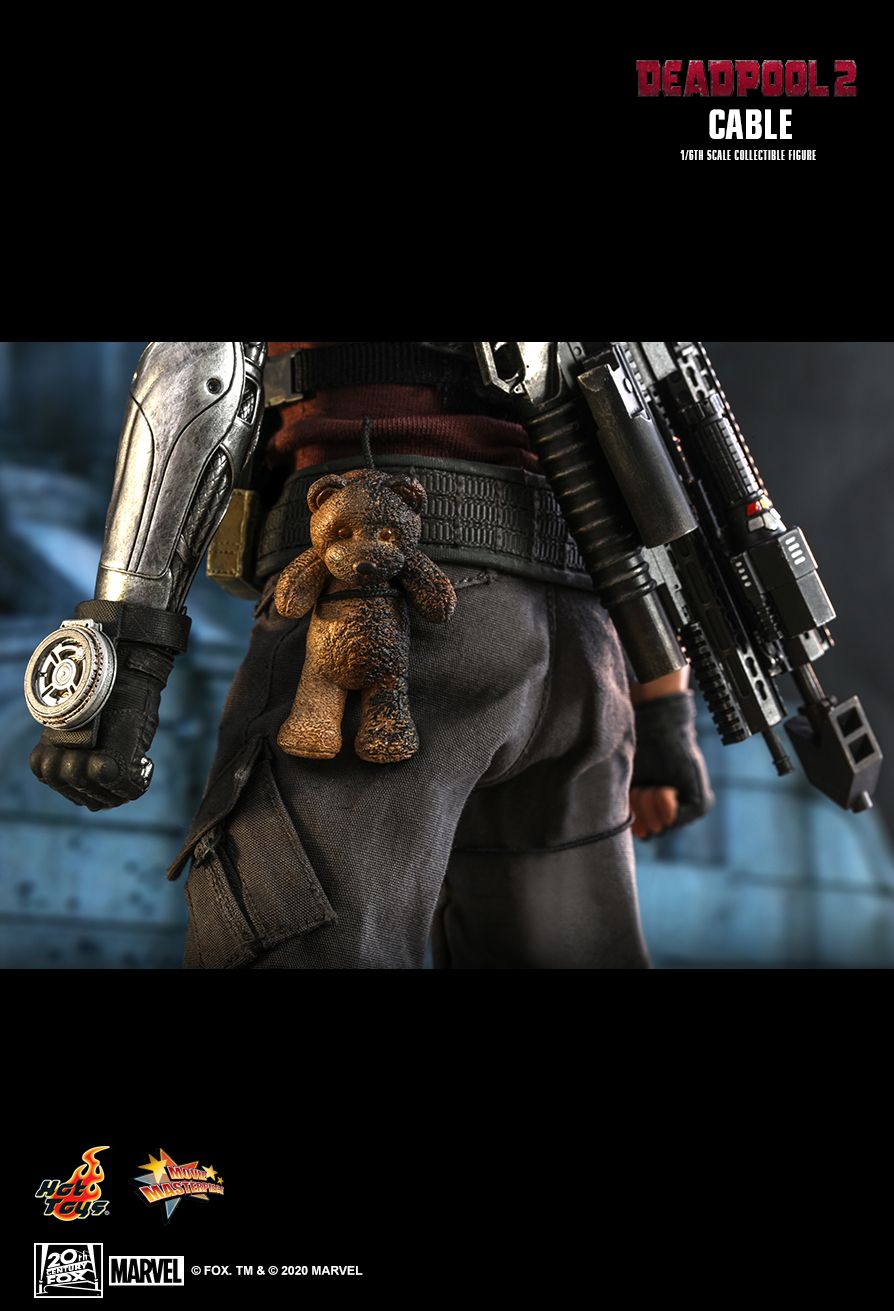 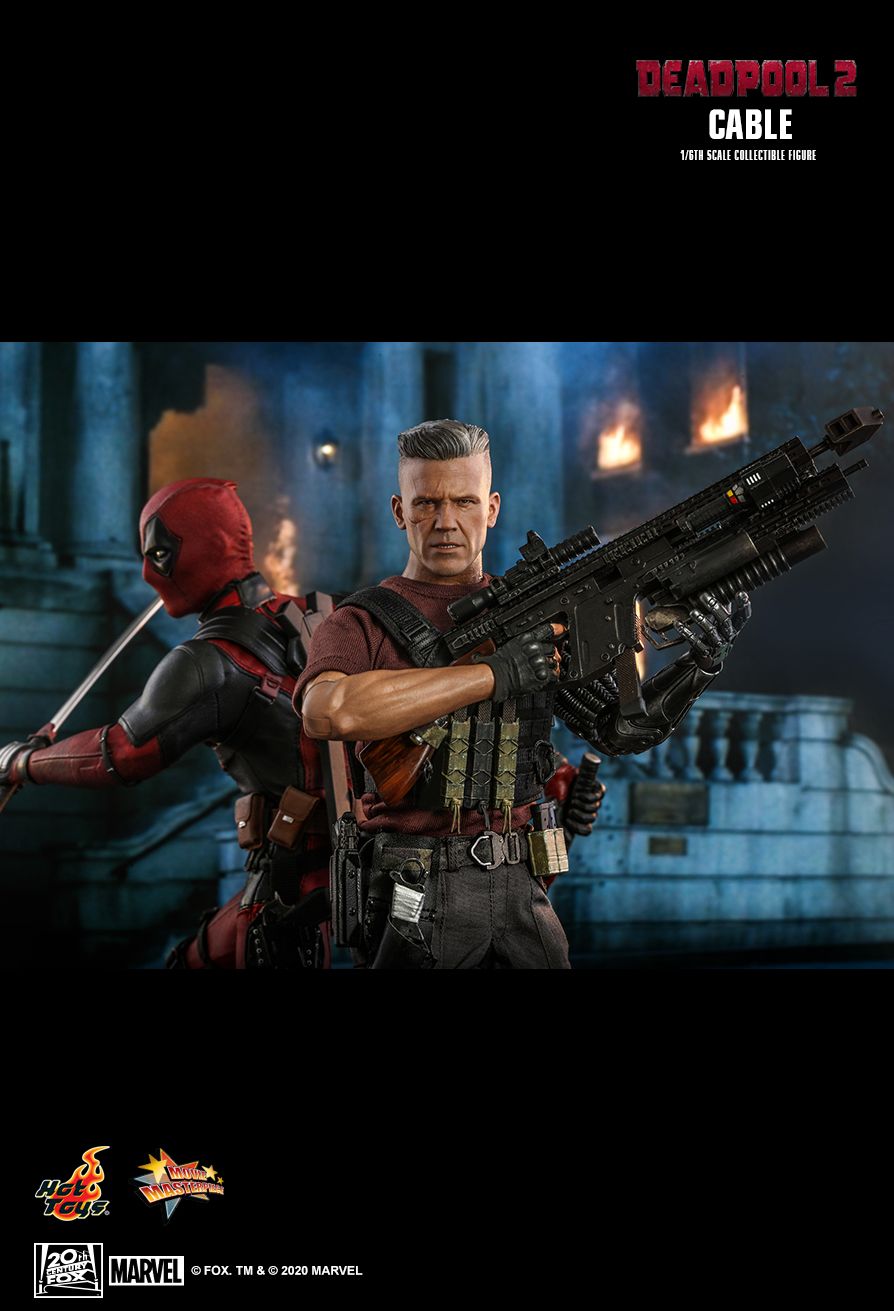 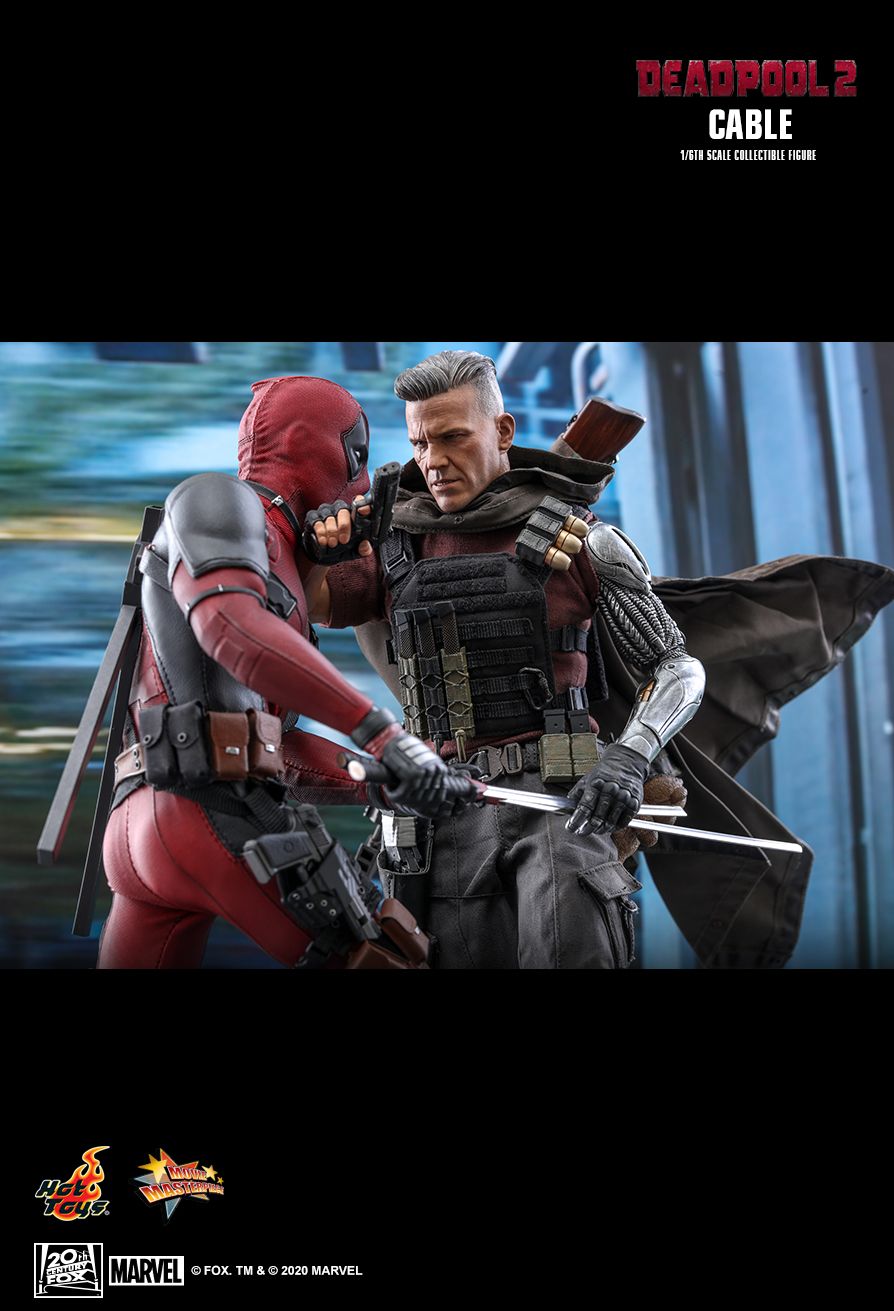 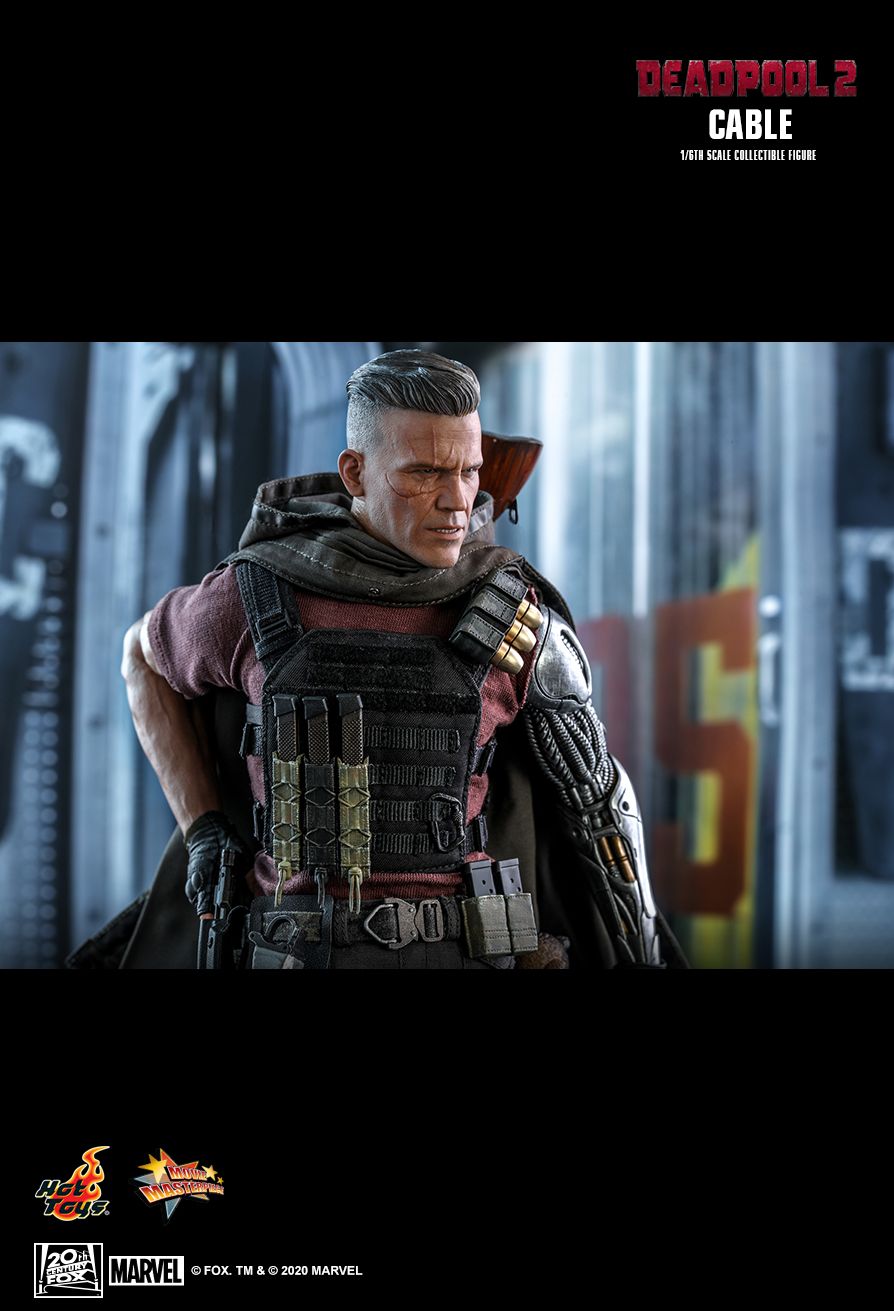 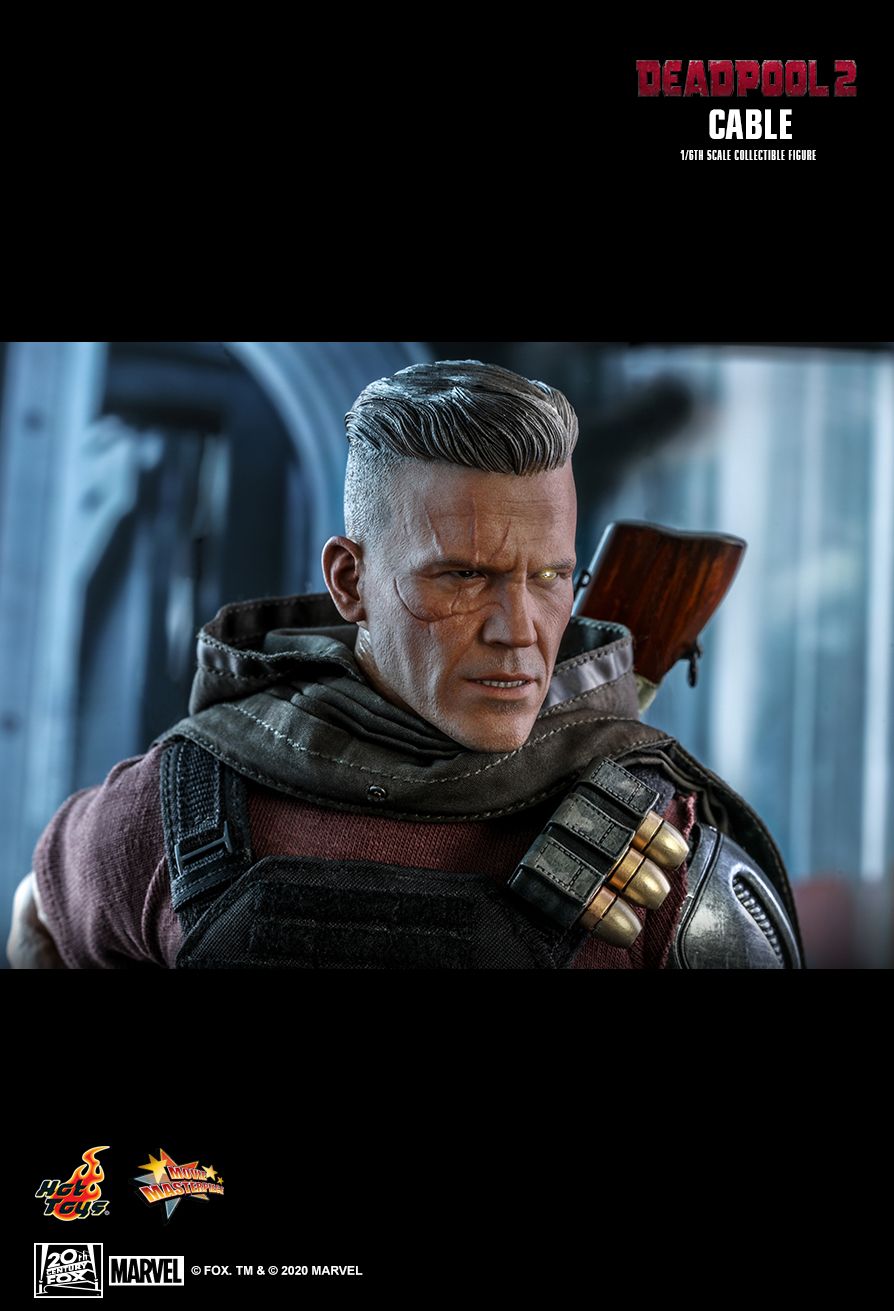 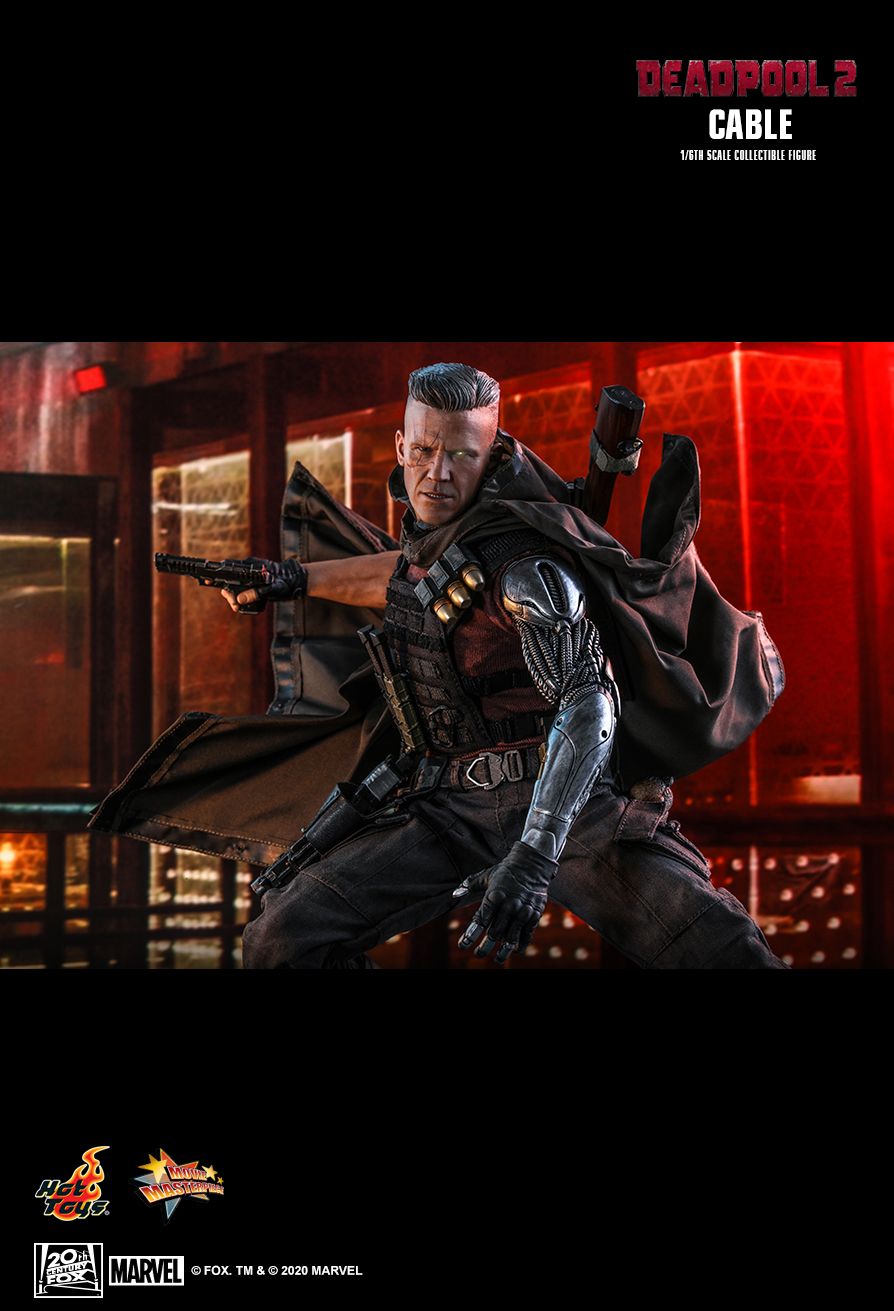 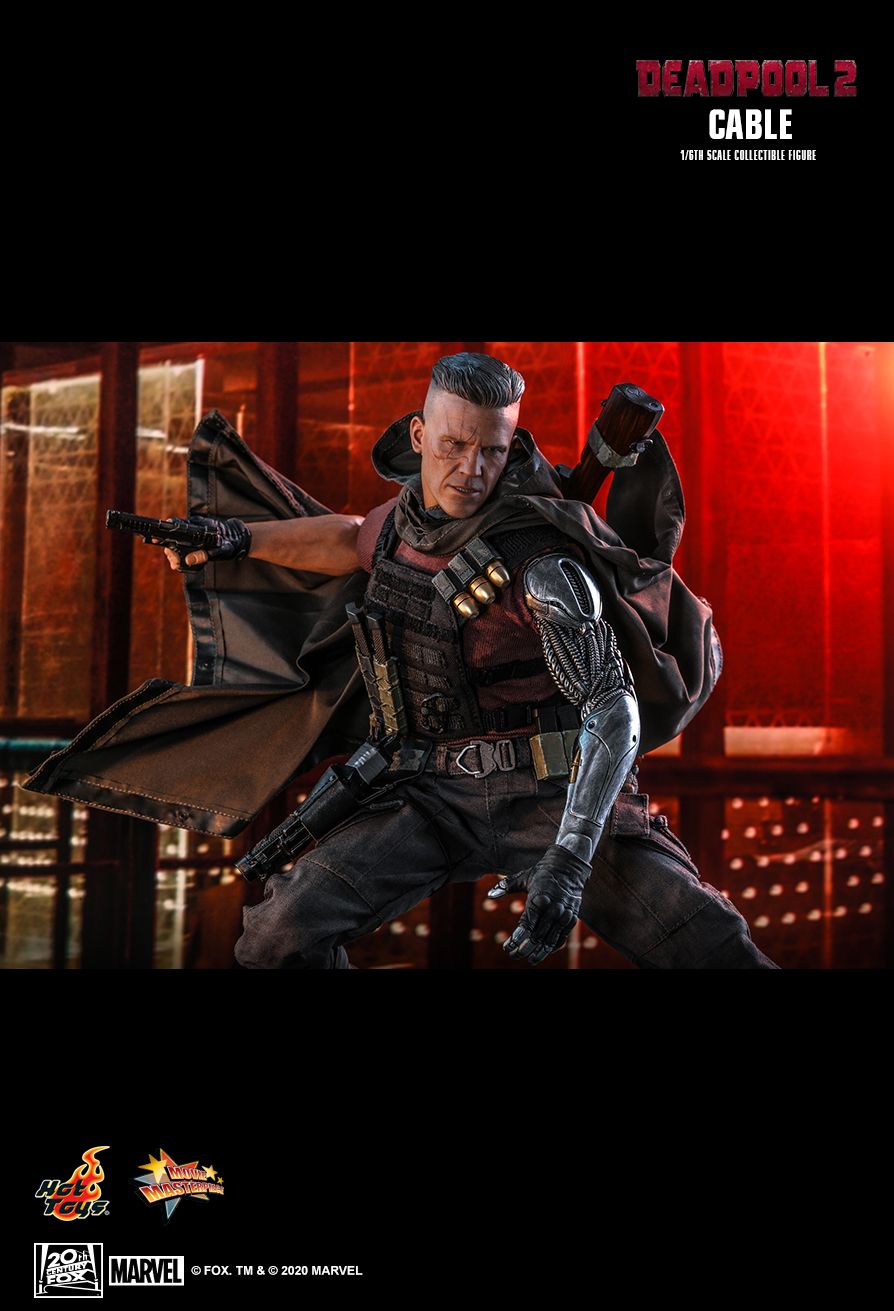 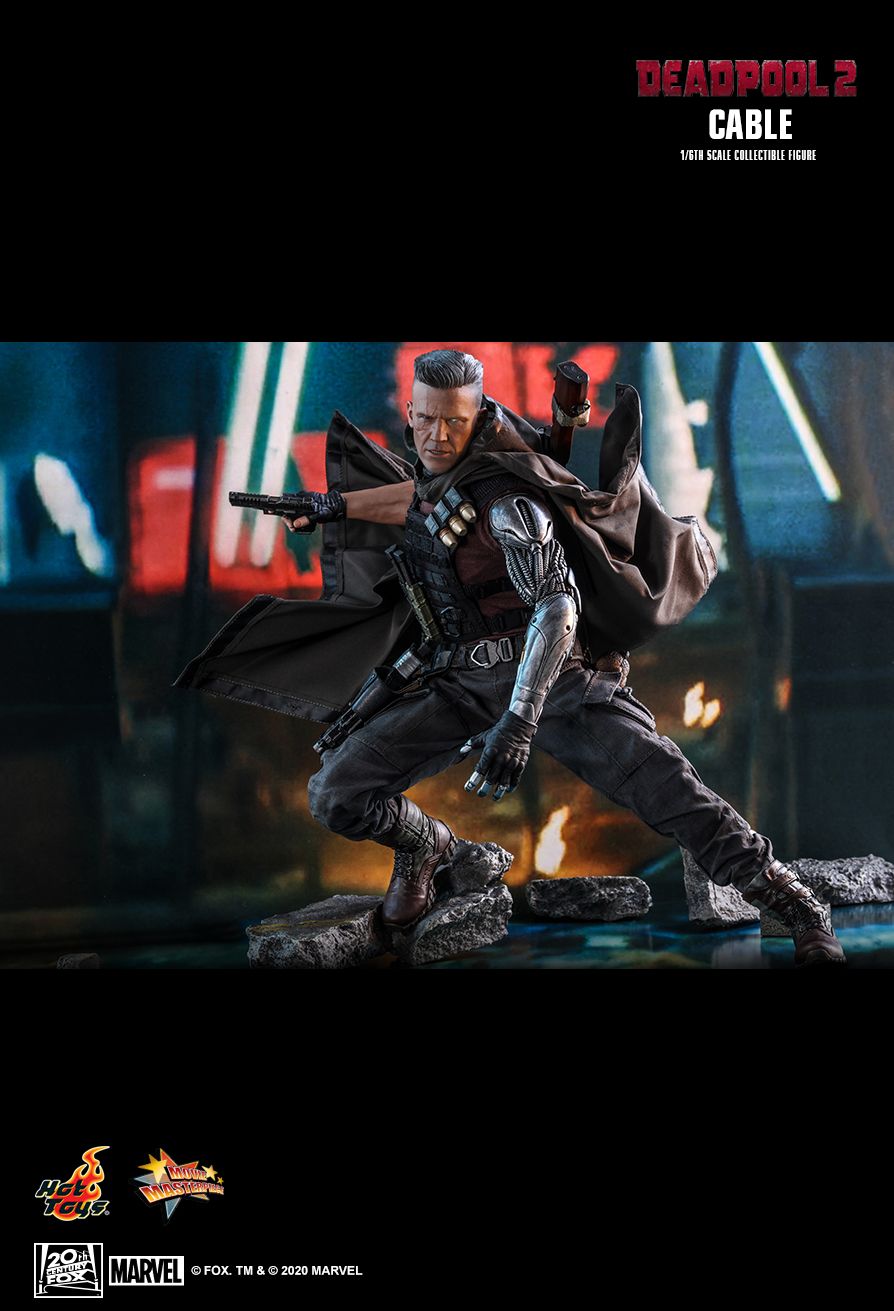 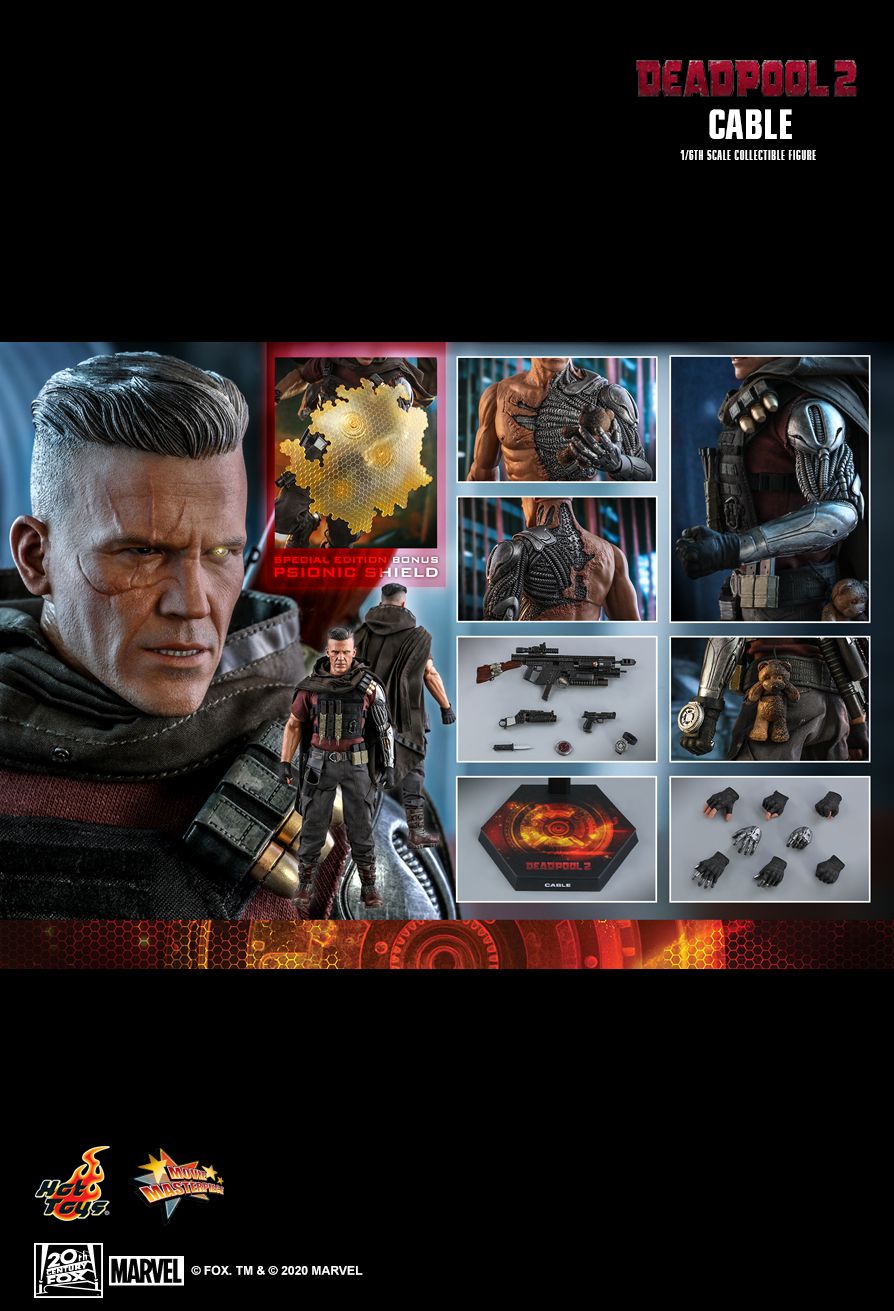 Making his film debut in Deadpool 2, Cable is a time-traveling soldier from the future with a tragic past. Using his formidable telekinetic abilities and cybernetic enhancements, Cable decided to take on Firefist hoping to prevent the murder of his wife and daughter. SHot Toys is excited to unveil the sixth scale Cable collectible figure inspired by the sequel to the fan-favorite Deadpool!

The highly-accurate Marvel figure is specially crafted based on the appearance of Josh Brolin as Cable in Deadpool 2, and features a newly developed head sculpt with battle scars and LED light-up function on his left eye; accurate silver-grey colored hair sculpture; a completely newly designed body and a highly-detailed bionic arm, carefully painted in multiple shades of metallic colors. The costume is a skillfully tailored military outfit with a heavy weathering effect. A number of matching interchangeable gloved hands and mechanical hands are included as well as an array of extensive weapons and accessories including Cable’s signature heavy machine gun, a grenade launcher, a pistol, a dagger, a bomb, a time-traveling device, multiple numbers of removable bullets and firearm magazines, an iconic teddy bear doll with significant burnt marks; and a collectible figure base.

Make space in your Marvel collectibles display for this heavily armed hero from the future!