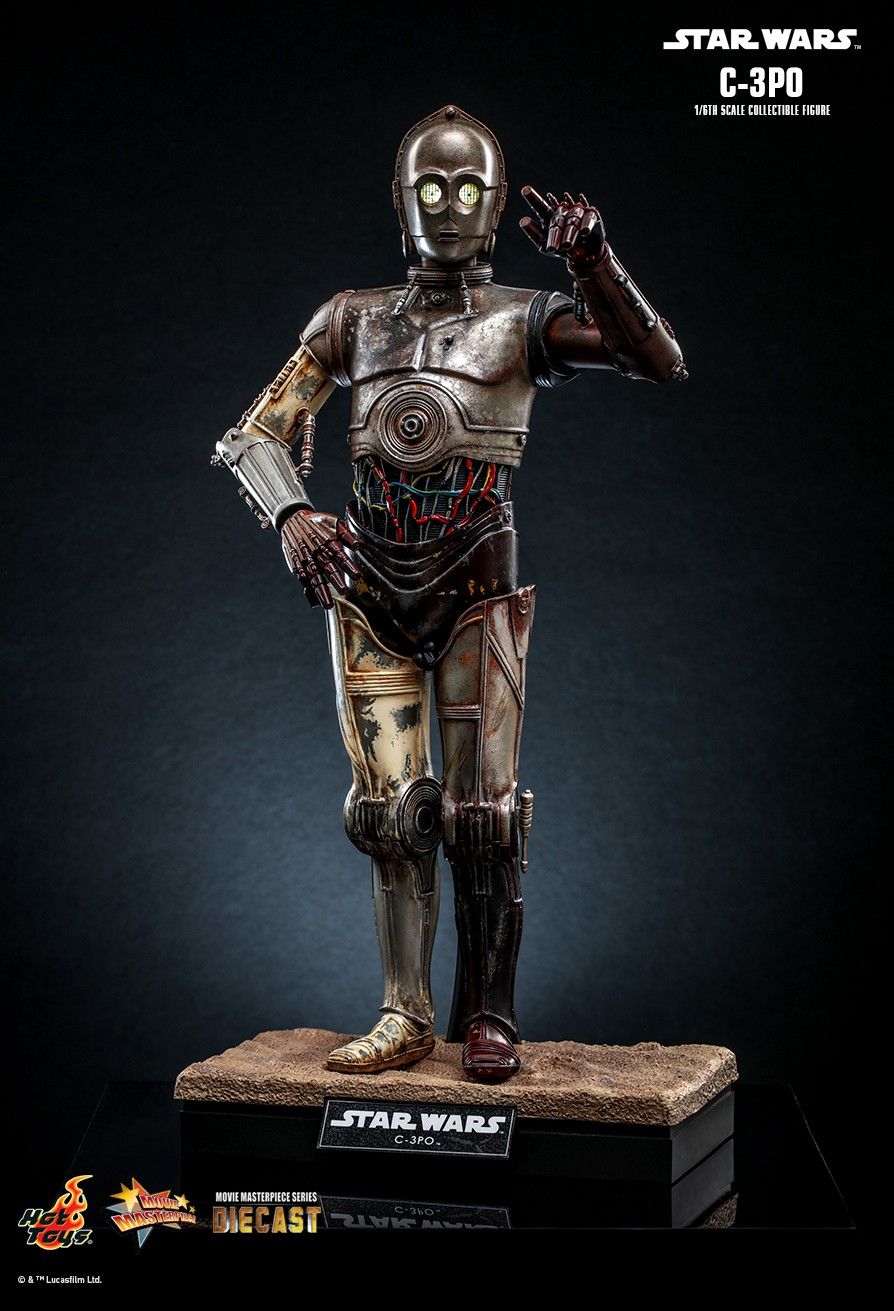 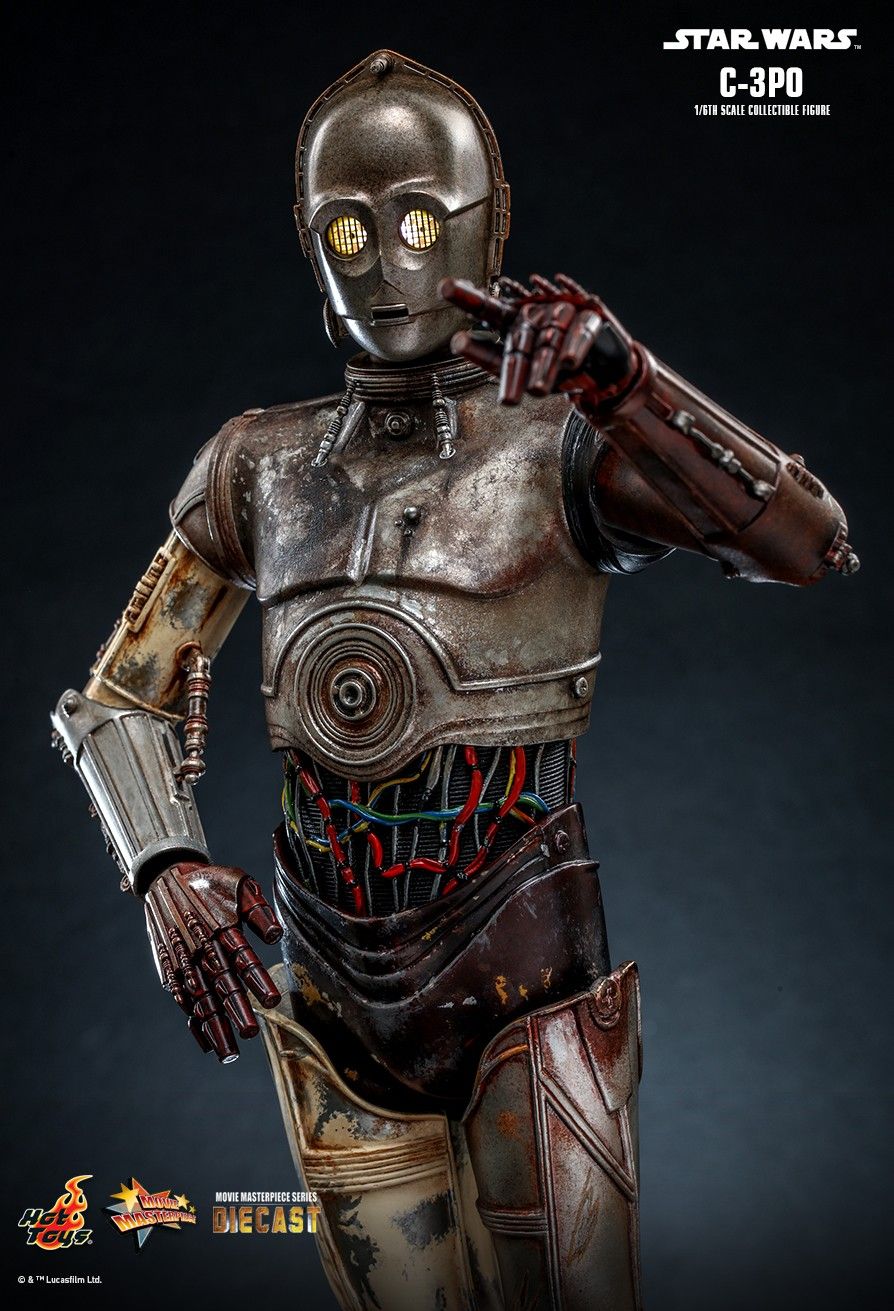 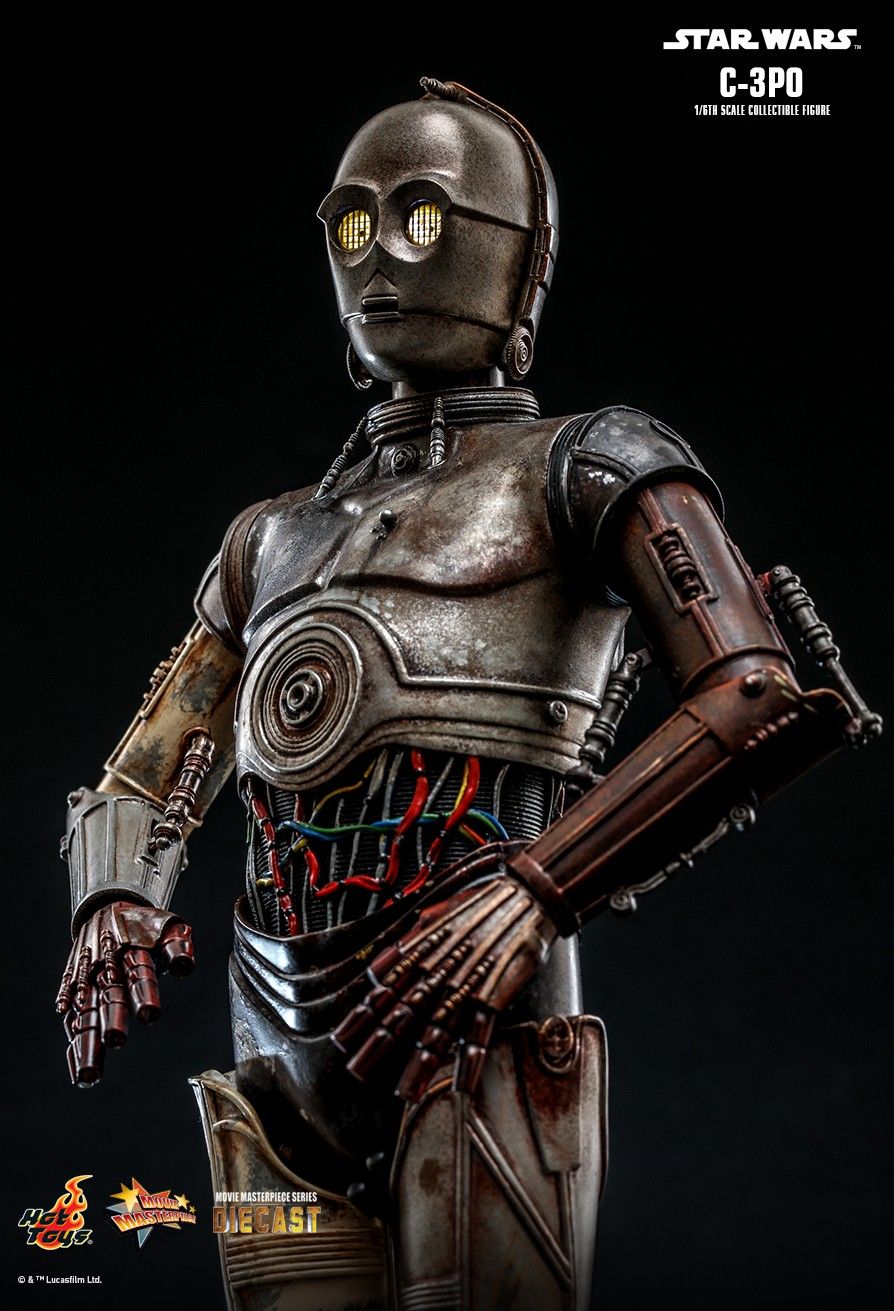 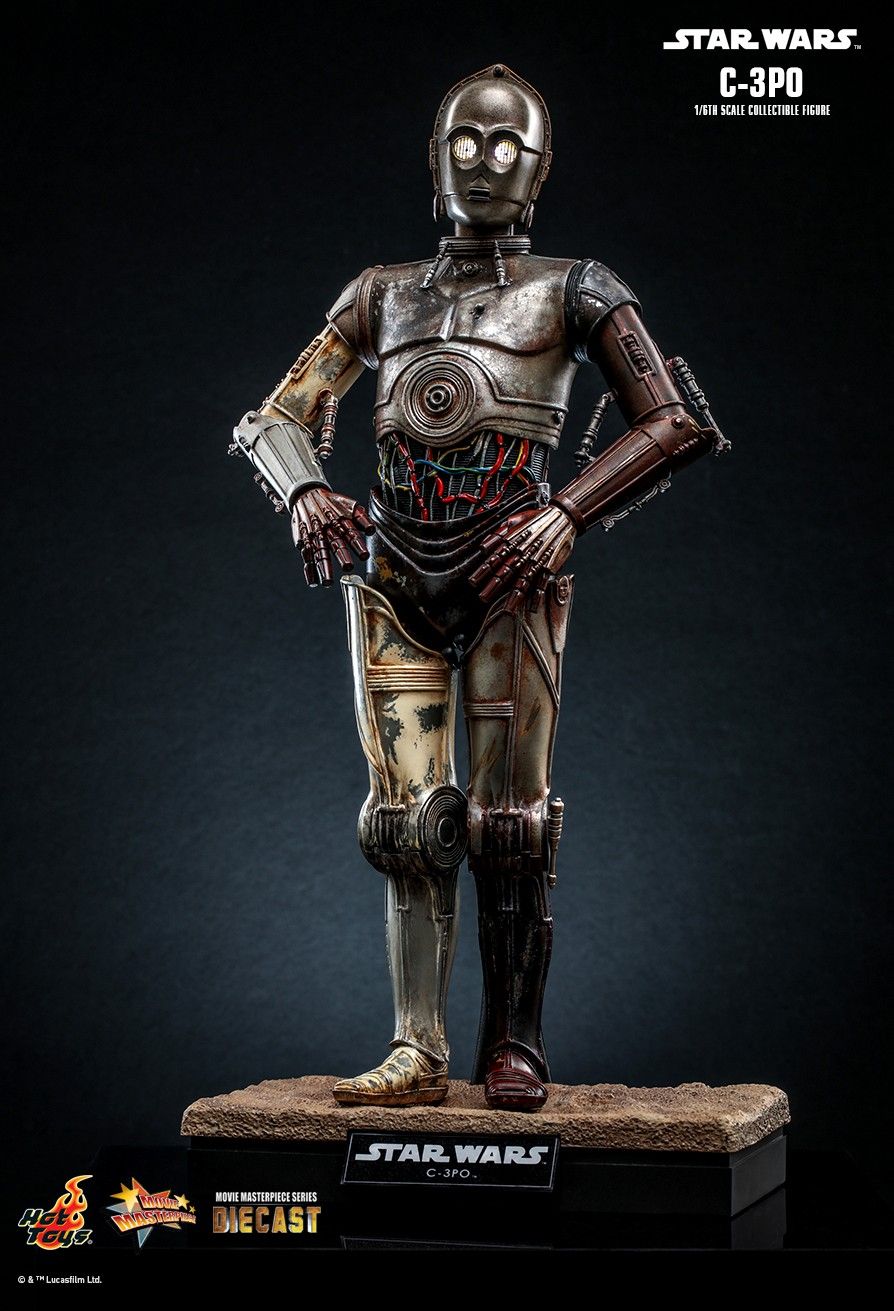 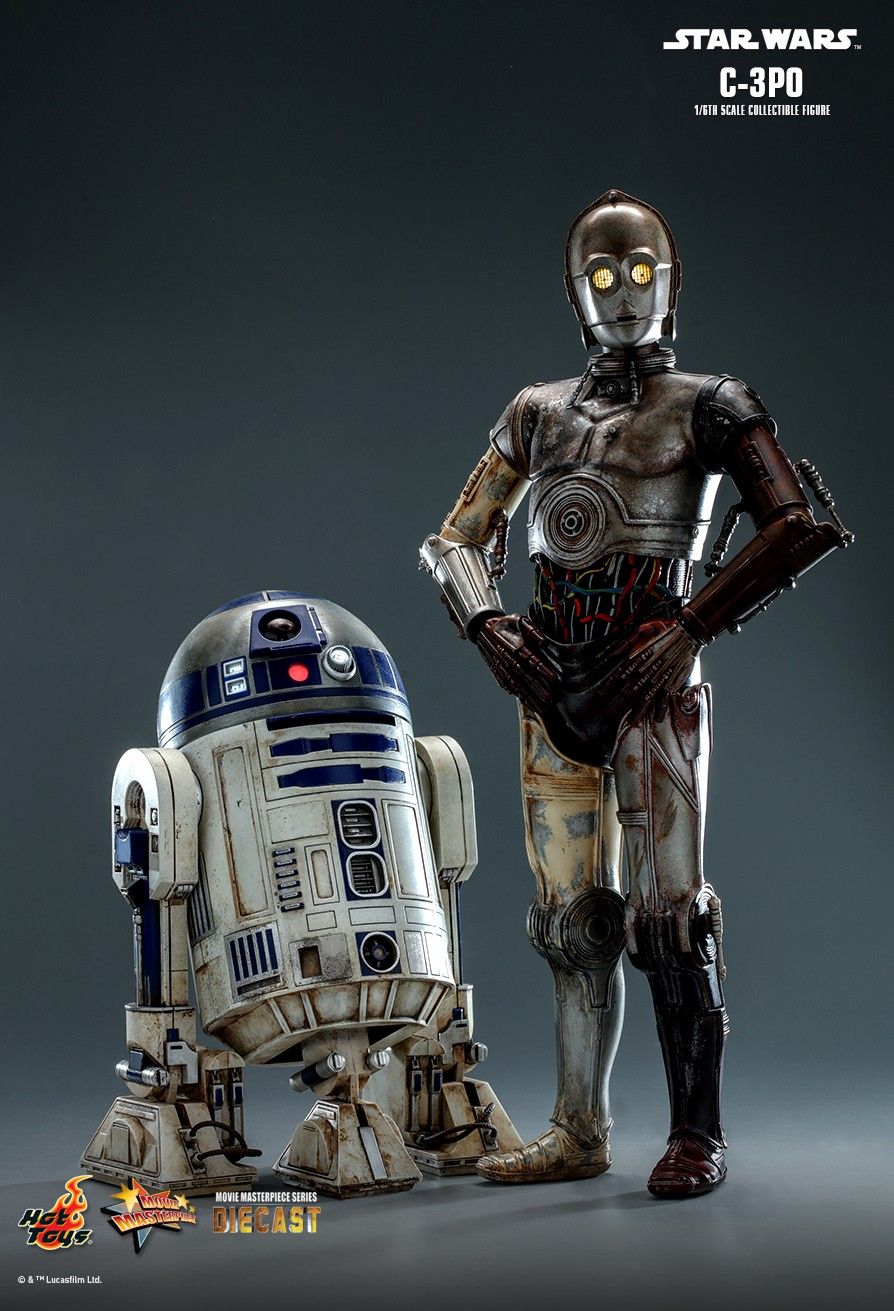 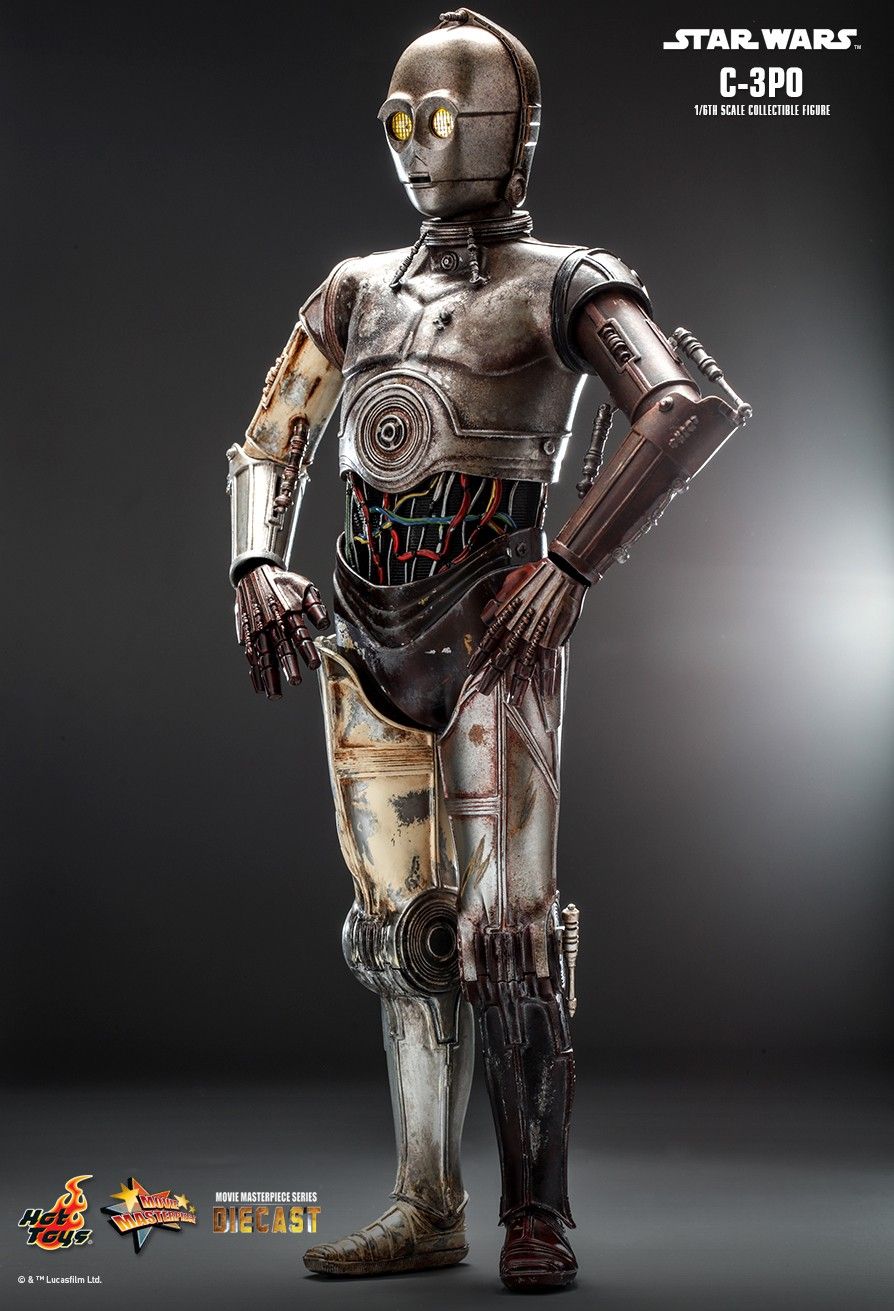 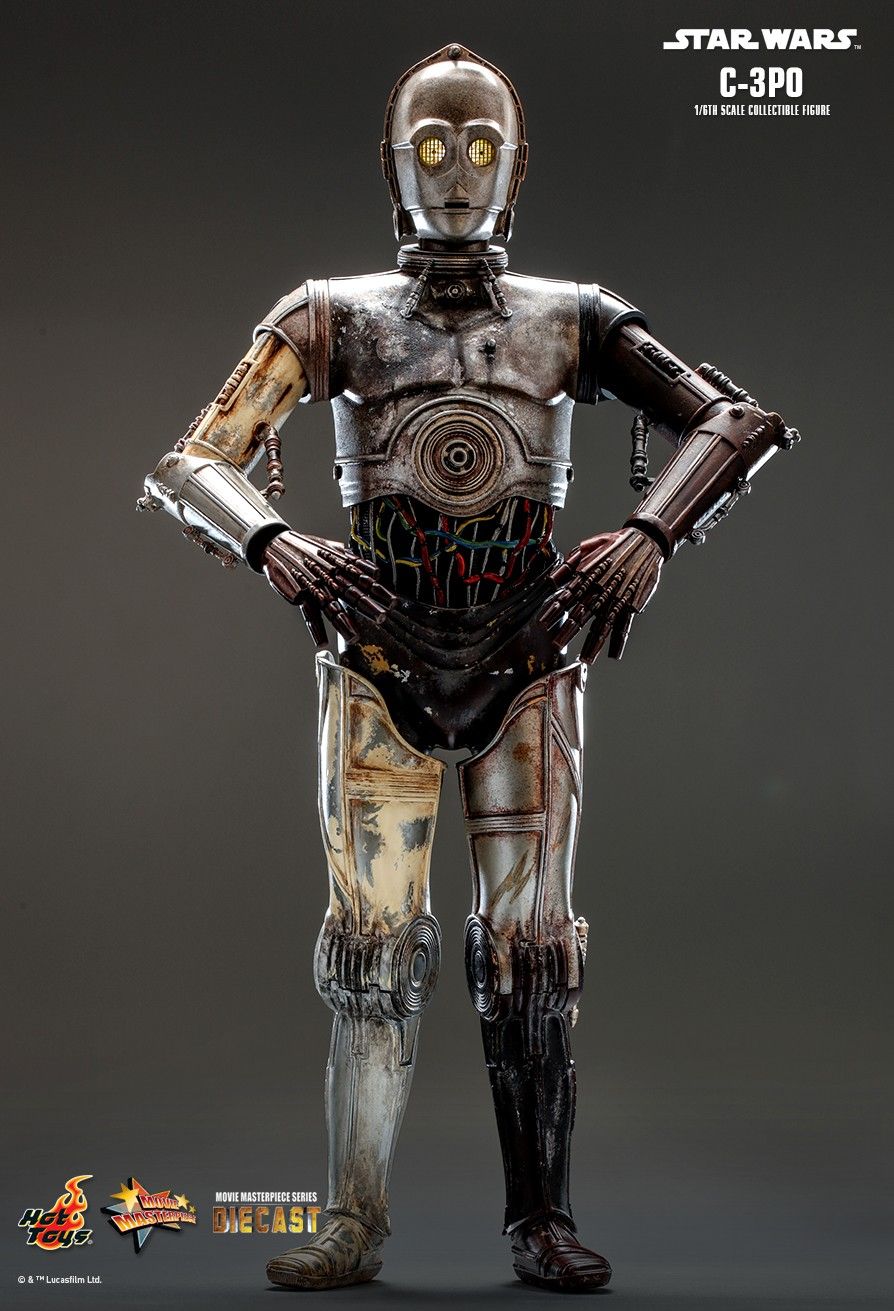 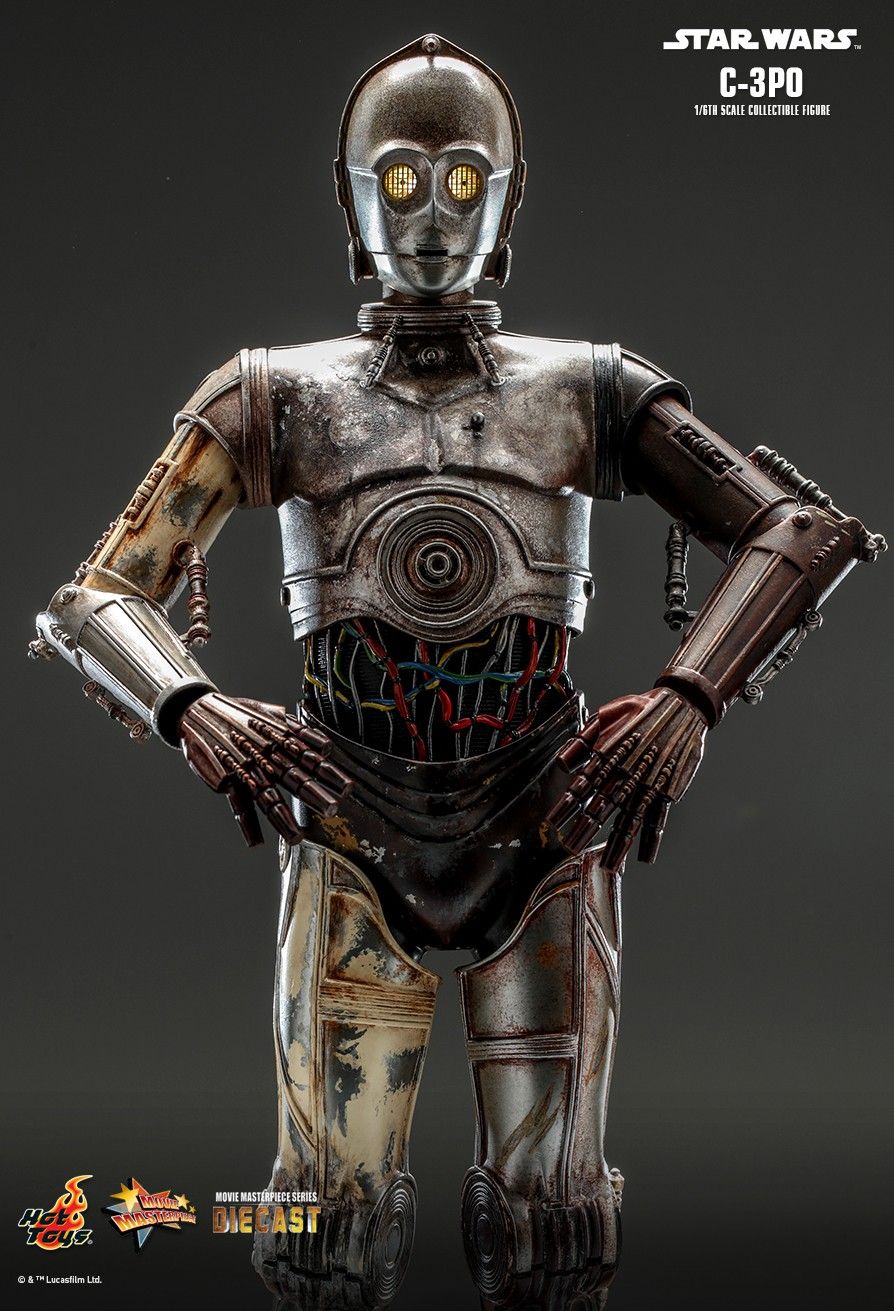 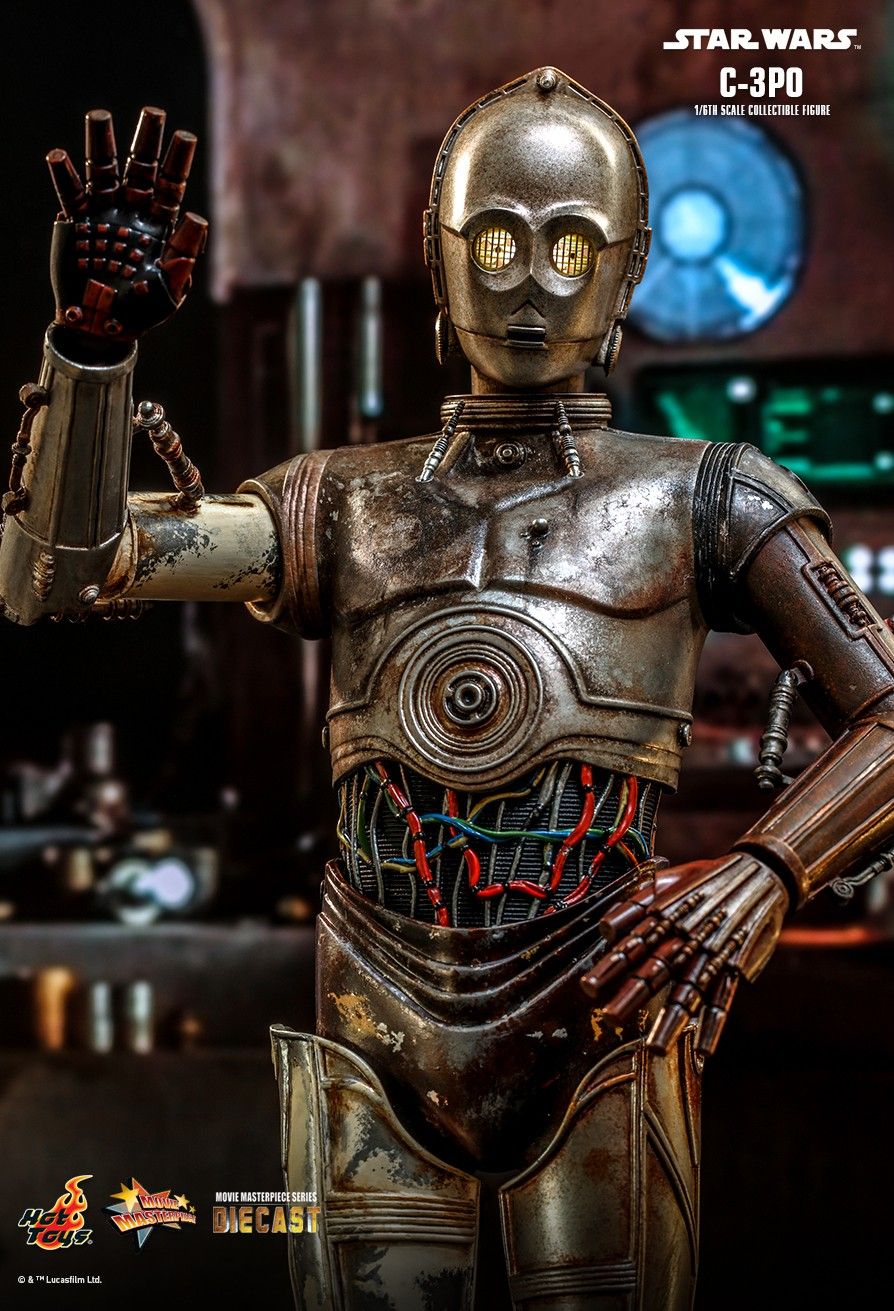 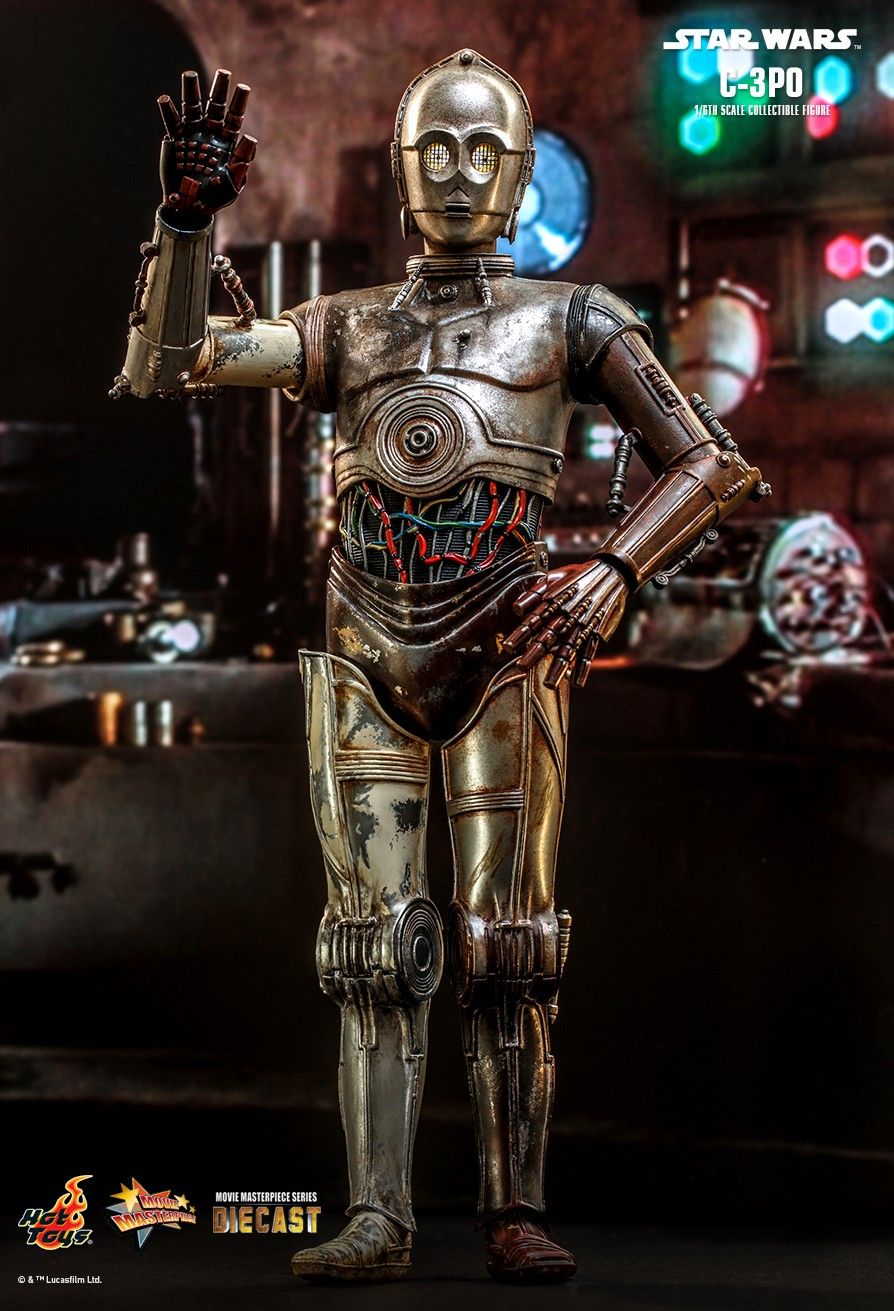 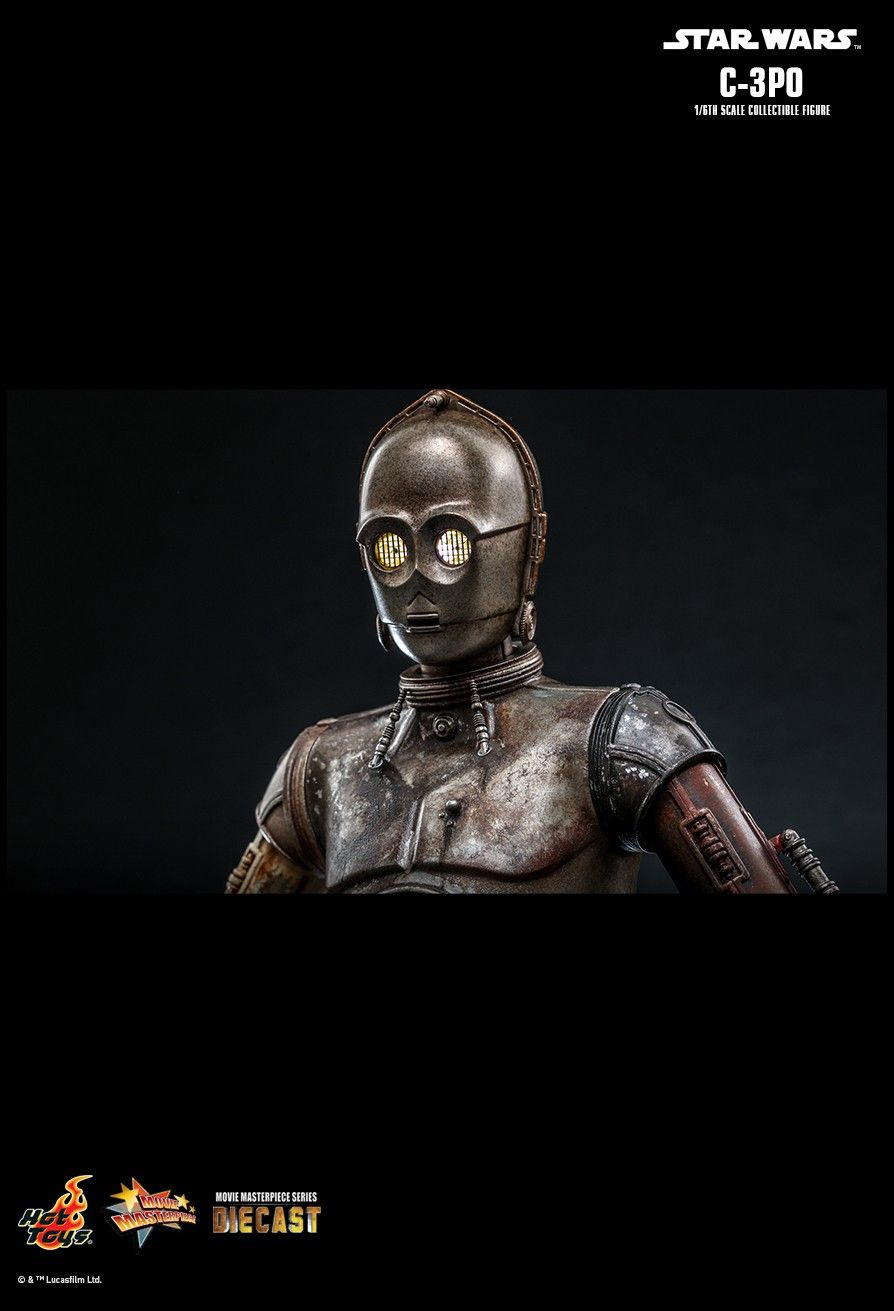 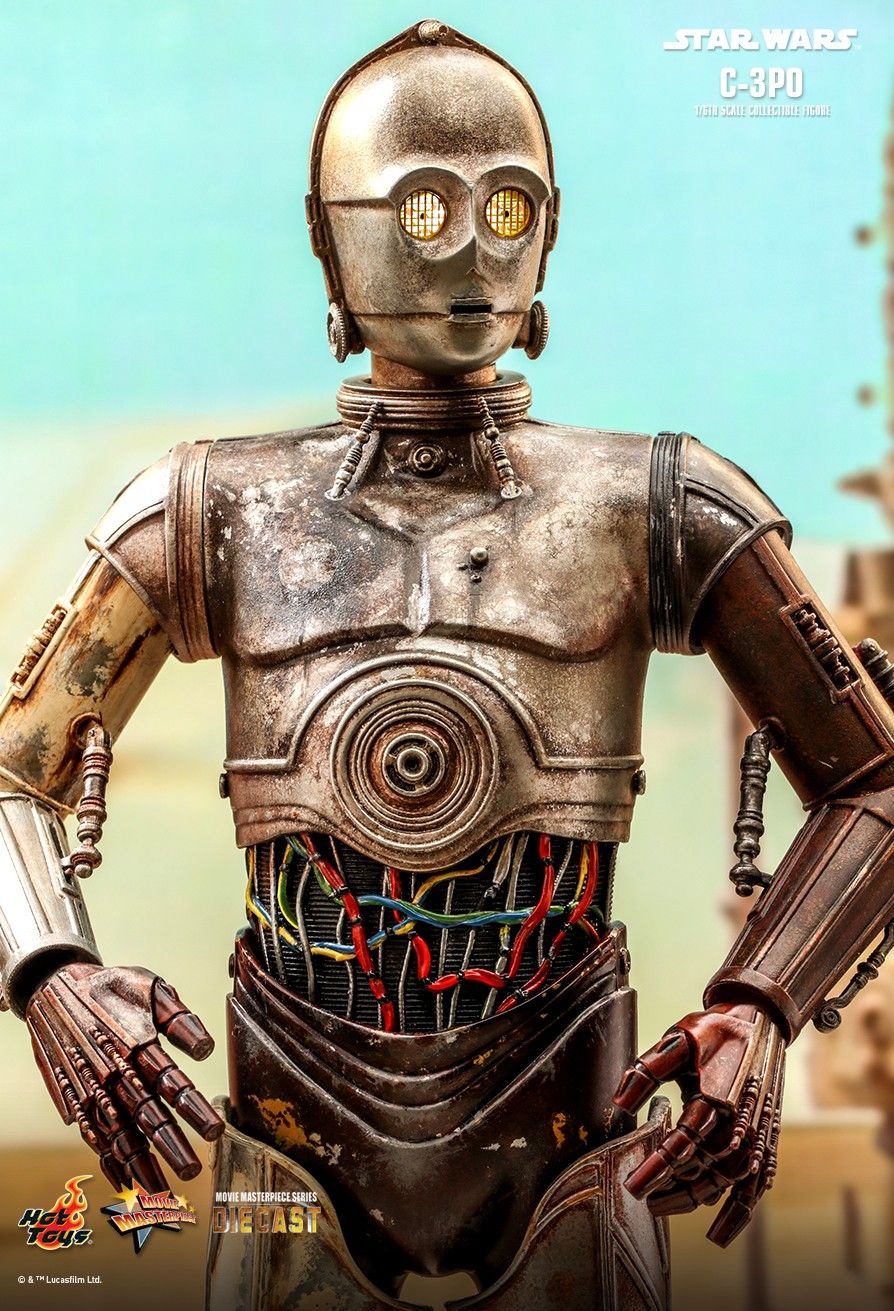 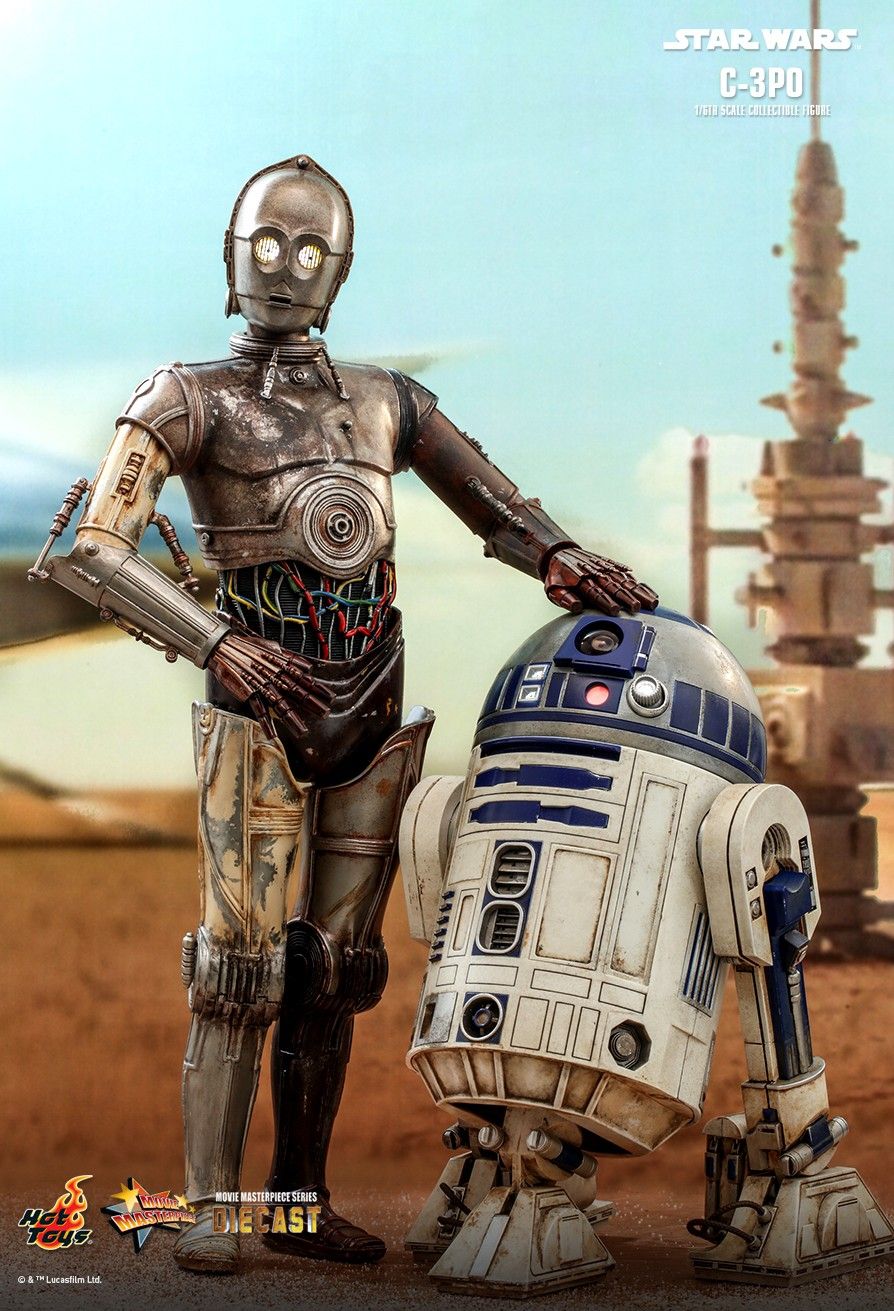 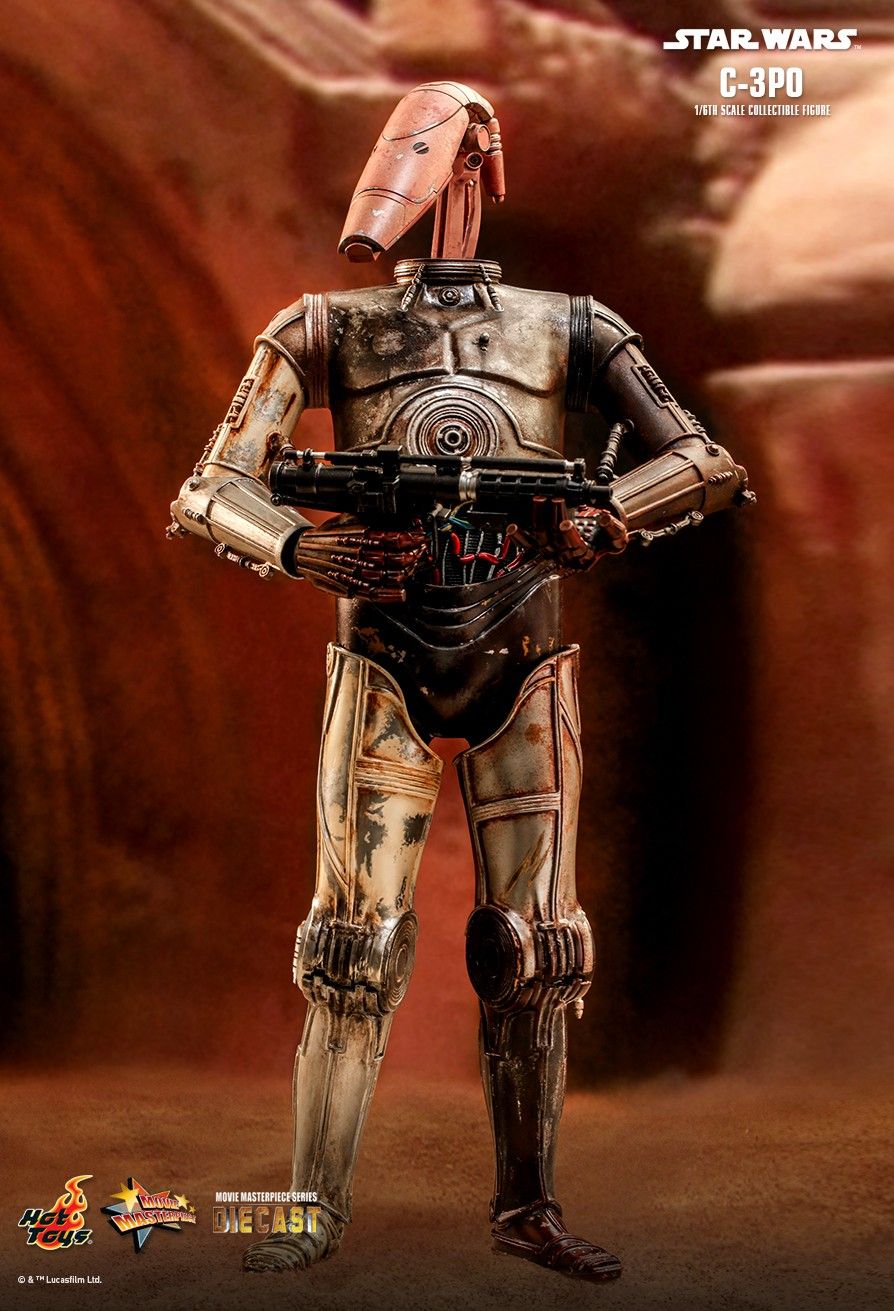 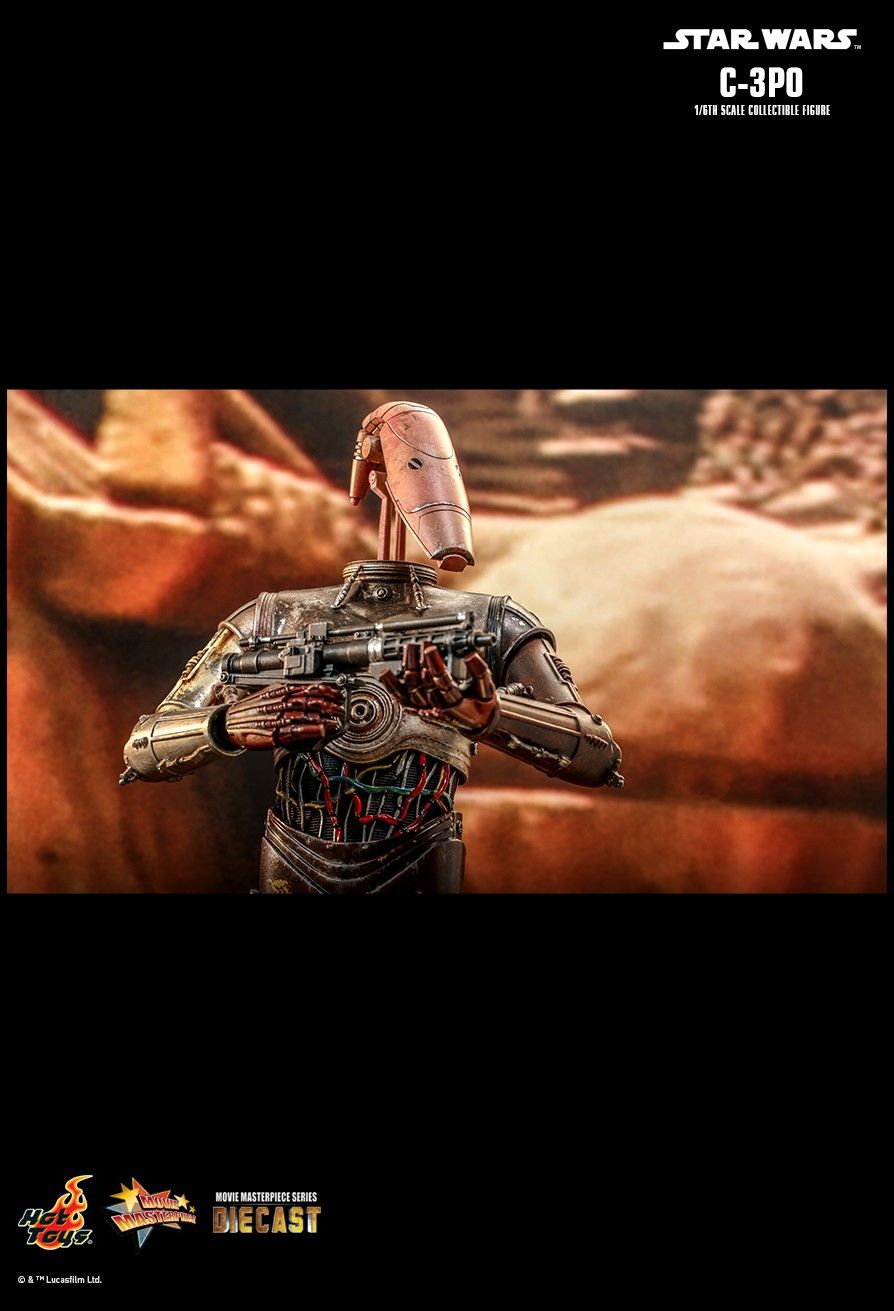 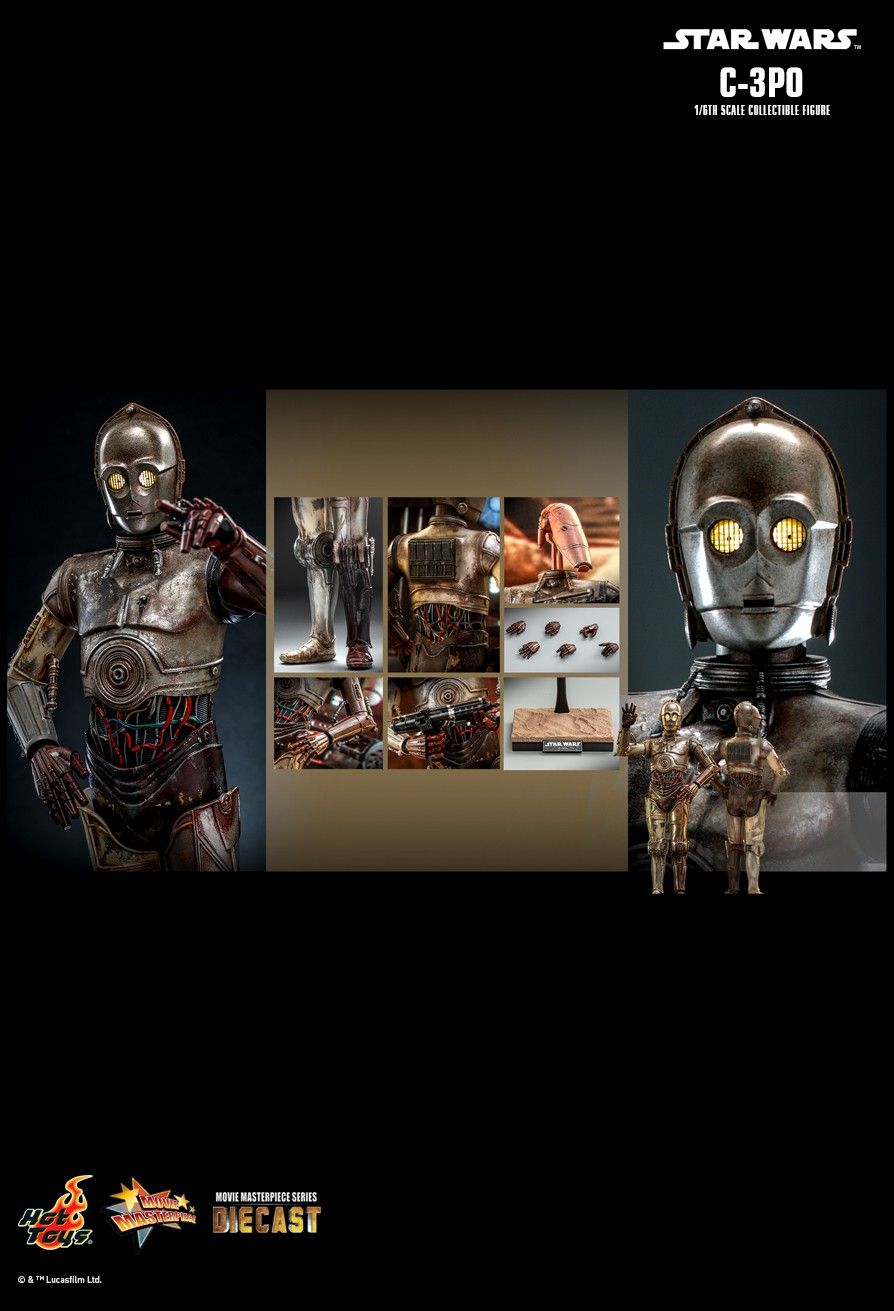 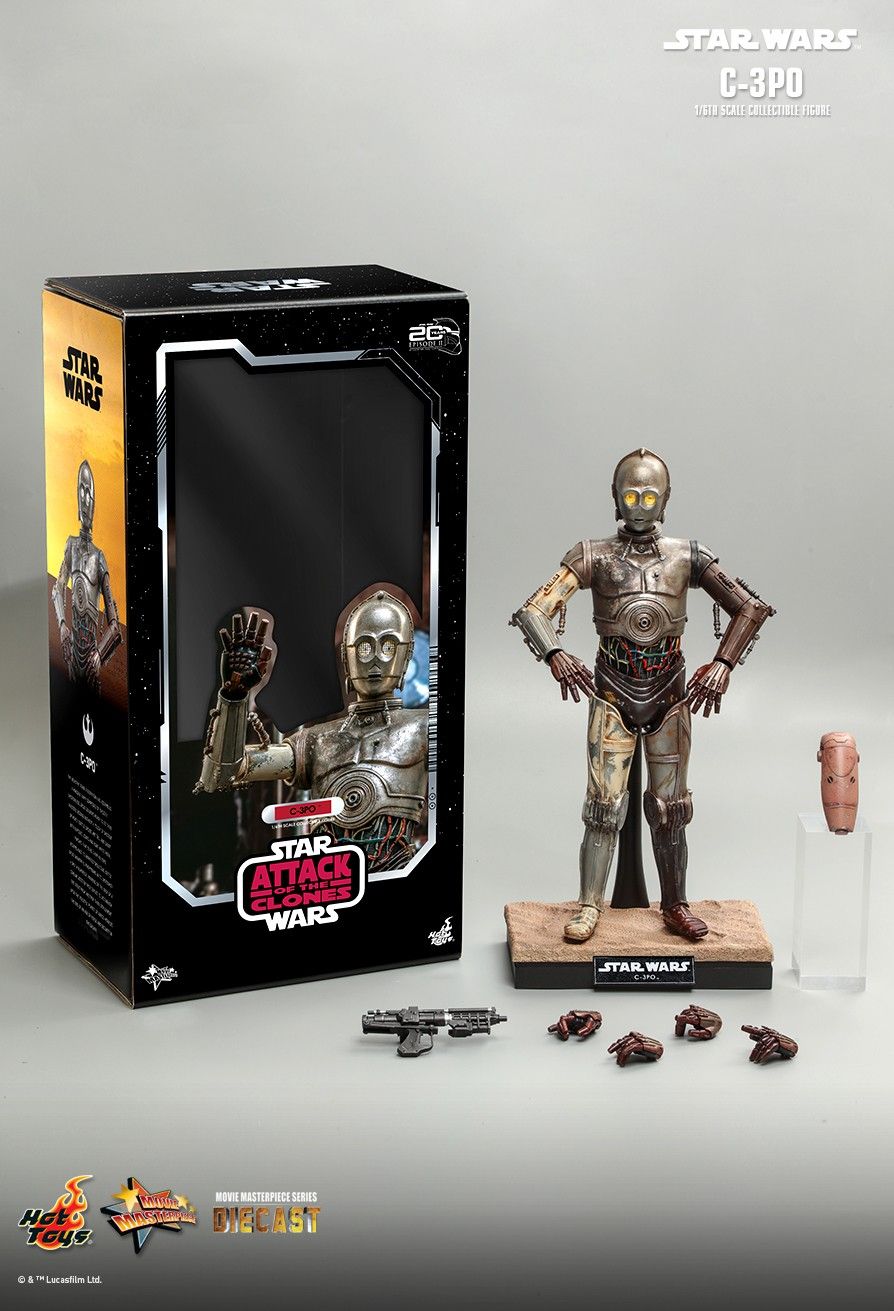 Programmed for etiquette and protocol, “Threepio” was built by a young Anakin Skywalker, and has been a constant companion to astromech droid R2-D2. In Attack of the Clones, C-3PO left with Anakin and R2-D2 for Geonosis, where he had a bit of a misadventure - accidentally swapping heads with a battle droid. C-3PO found he was “quite beside himself” literally on the wrong side of the first battle of the Clone Wars.

In celebrating the 20th anniversary of Star Wars: Attack of the Clones, Hot Toys is excited to officially present a series of Star Wars collectibles based on this landmark film for fans!

This human-cyborg relations protocol droid will be an excellent addition to your Star Wars collection alongside the R2-D2 sixth scale figure! 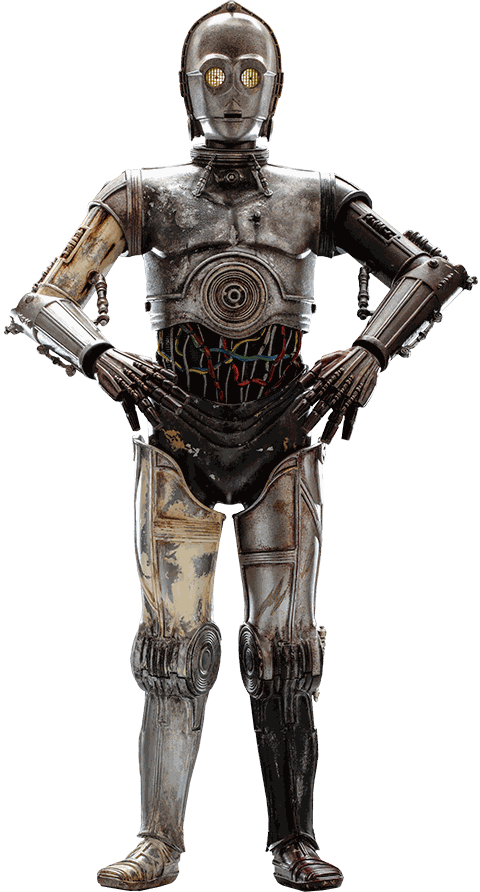