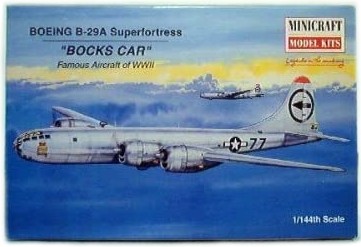 The B-29A was first employed as a long-range heavy bomber to bomb the Japanese mainland from distant bases in China and the Pacific islands. The B-29 was also the first aircraft to deliver drop the atomic bomb in 1945. The B-29 served well into the 1950’s for both the United States Army Air Force and the newly organized United States Air Force after 1947.