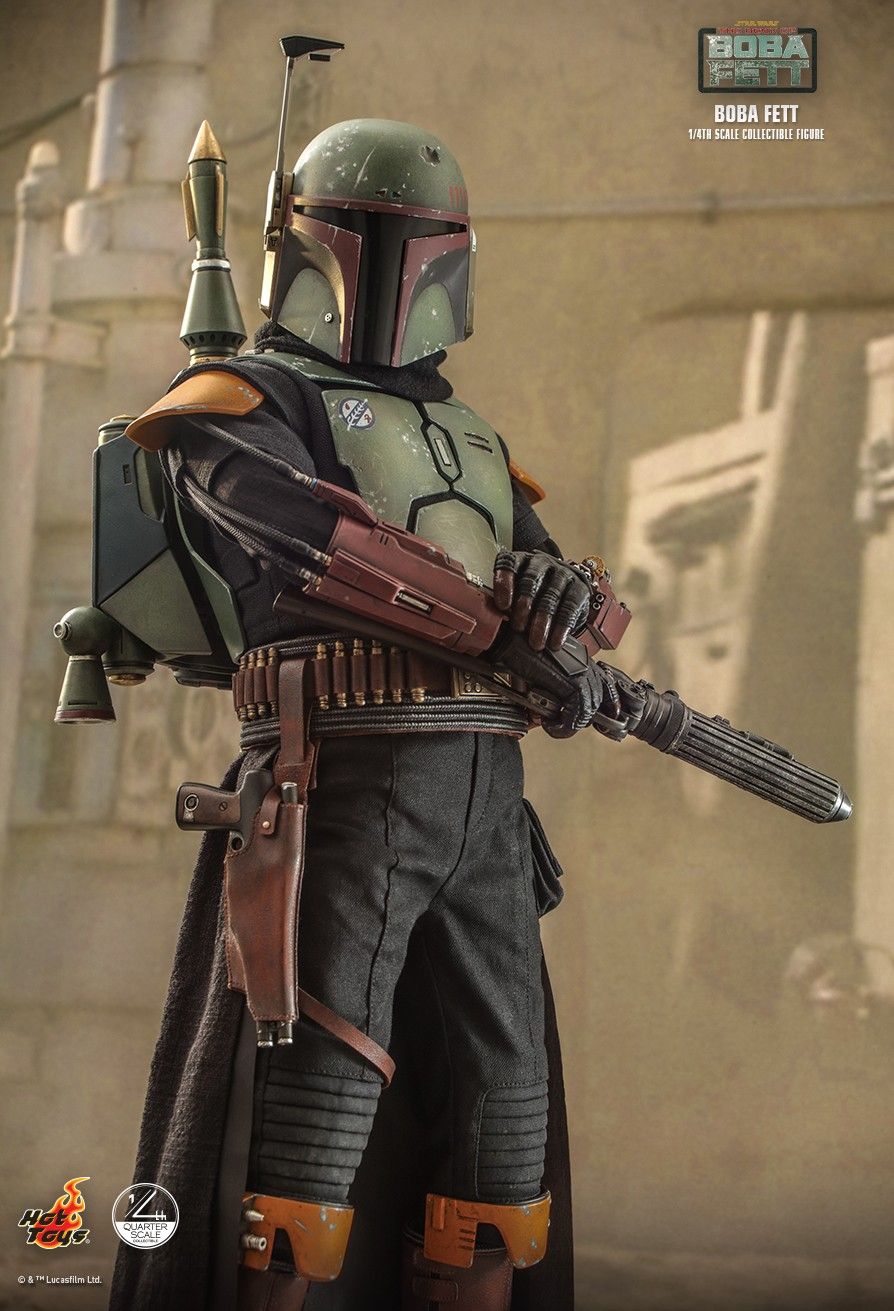 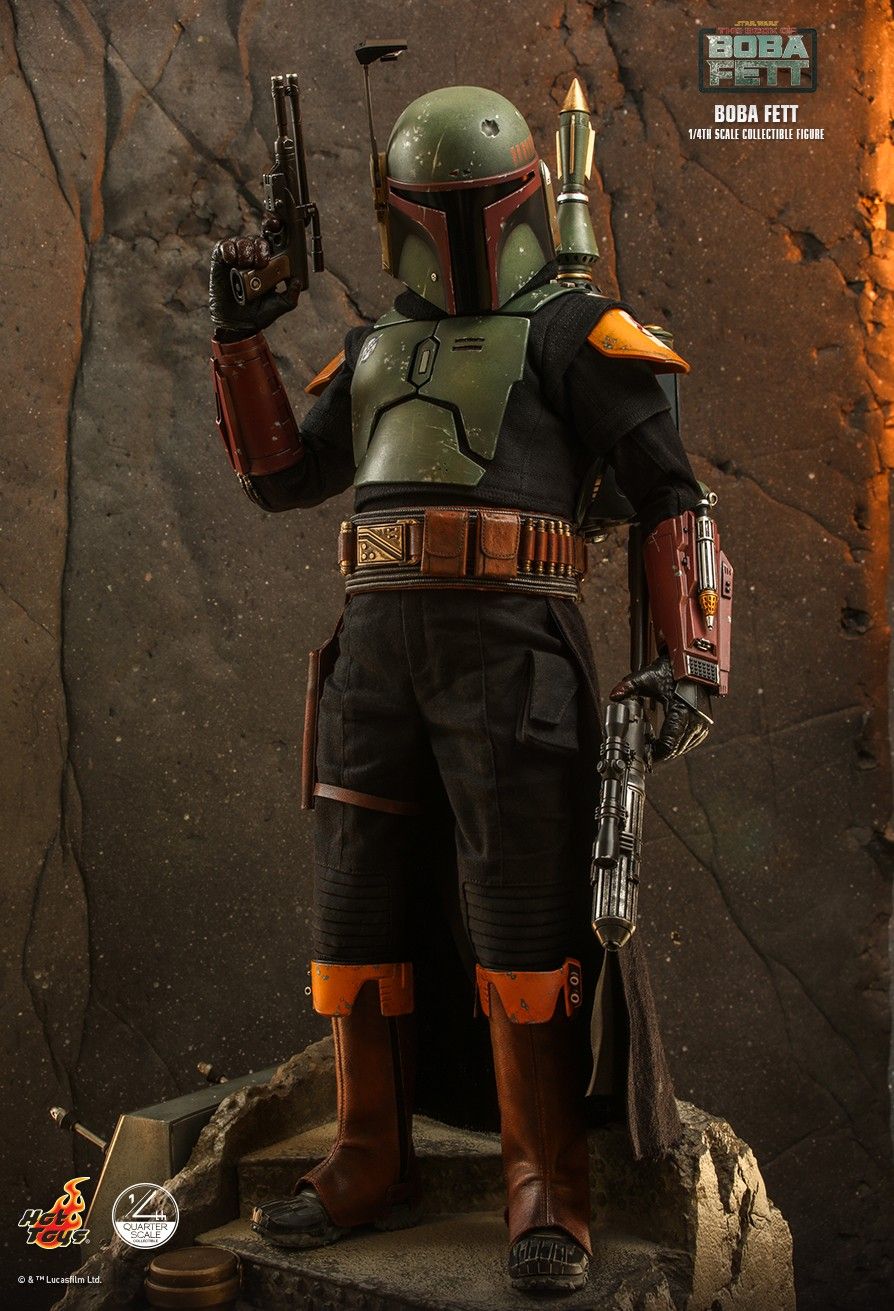 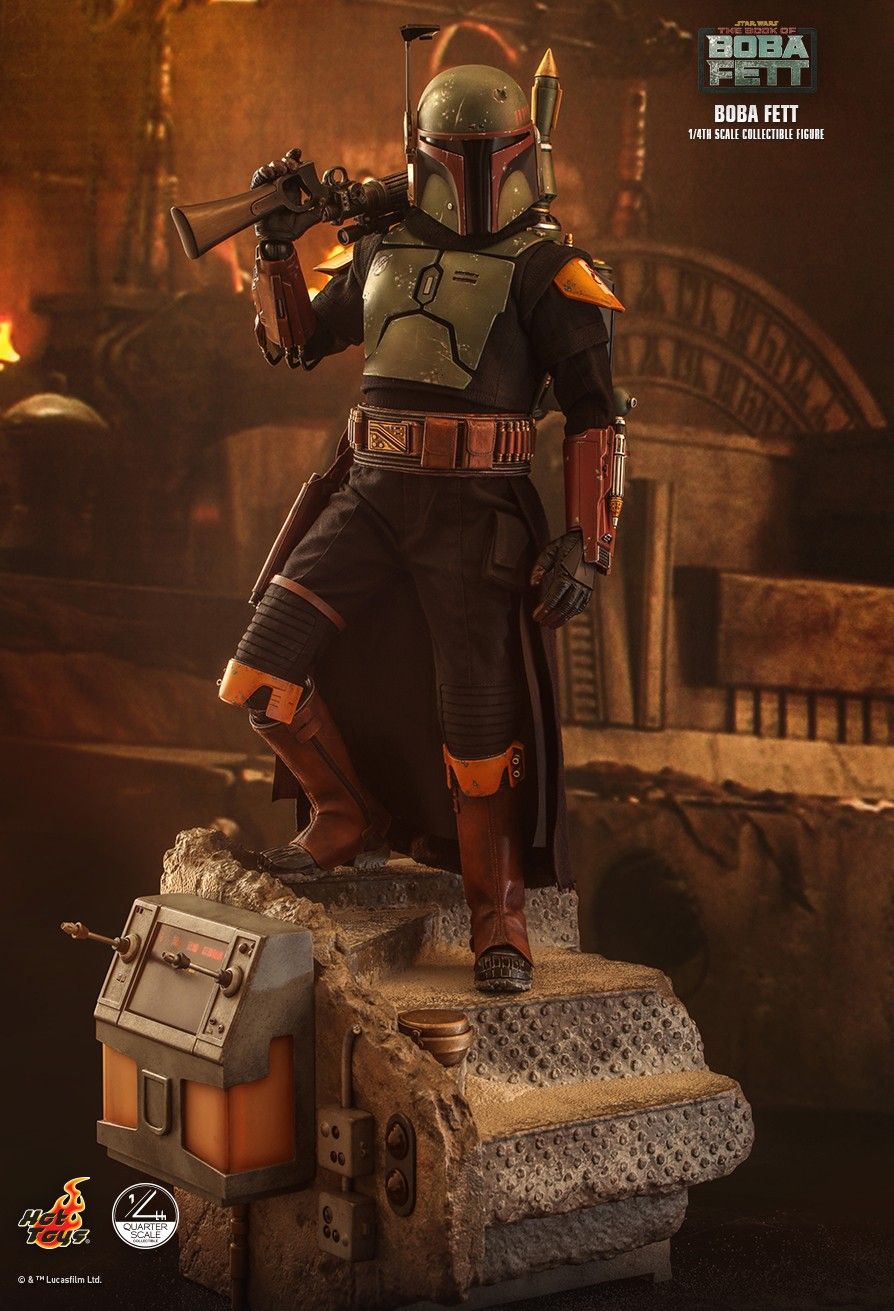 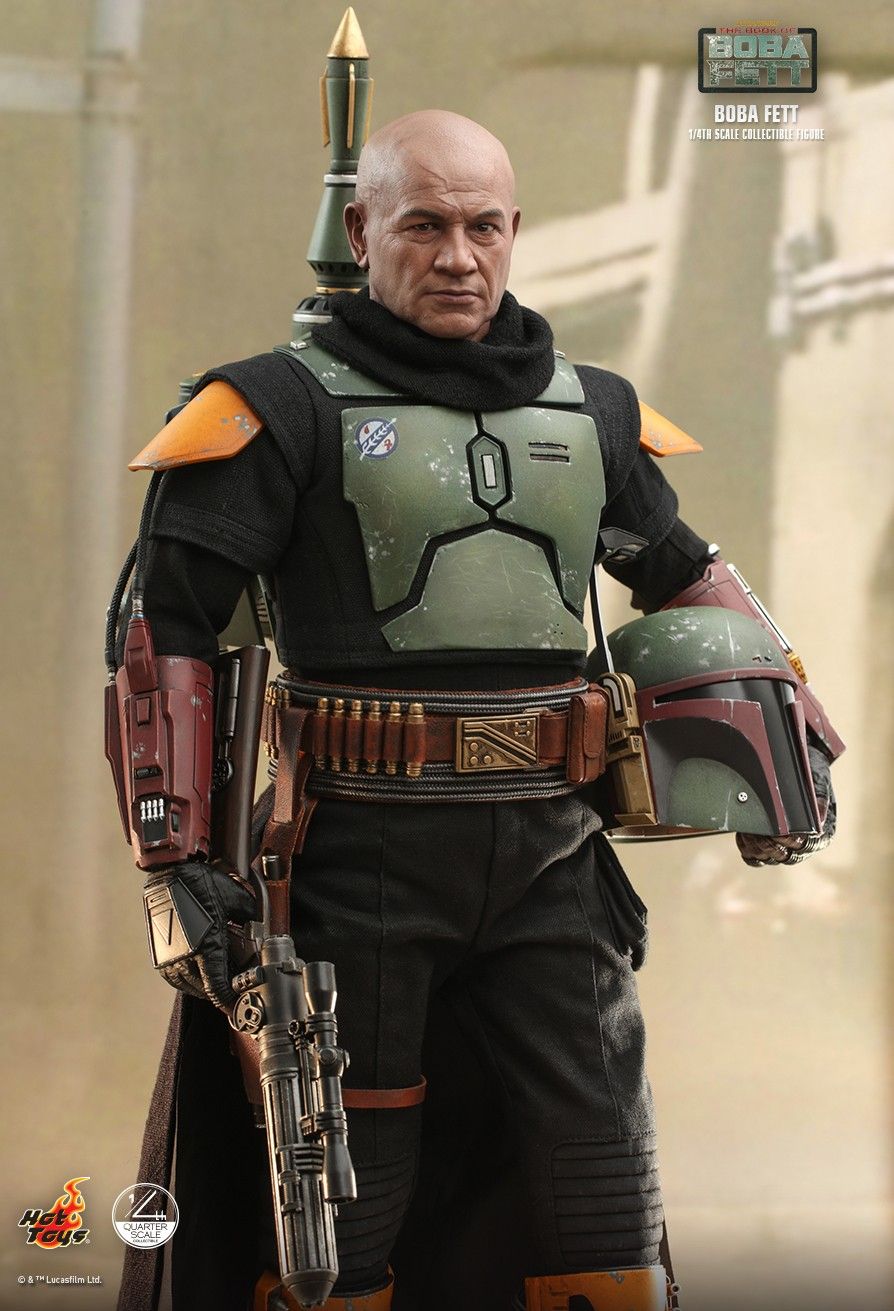 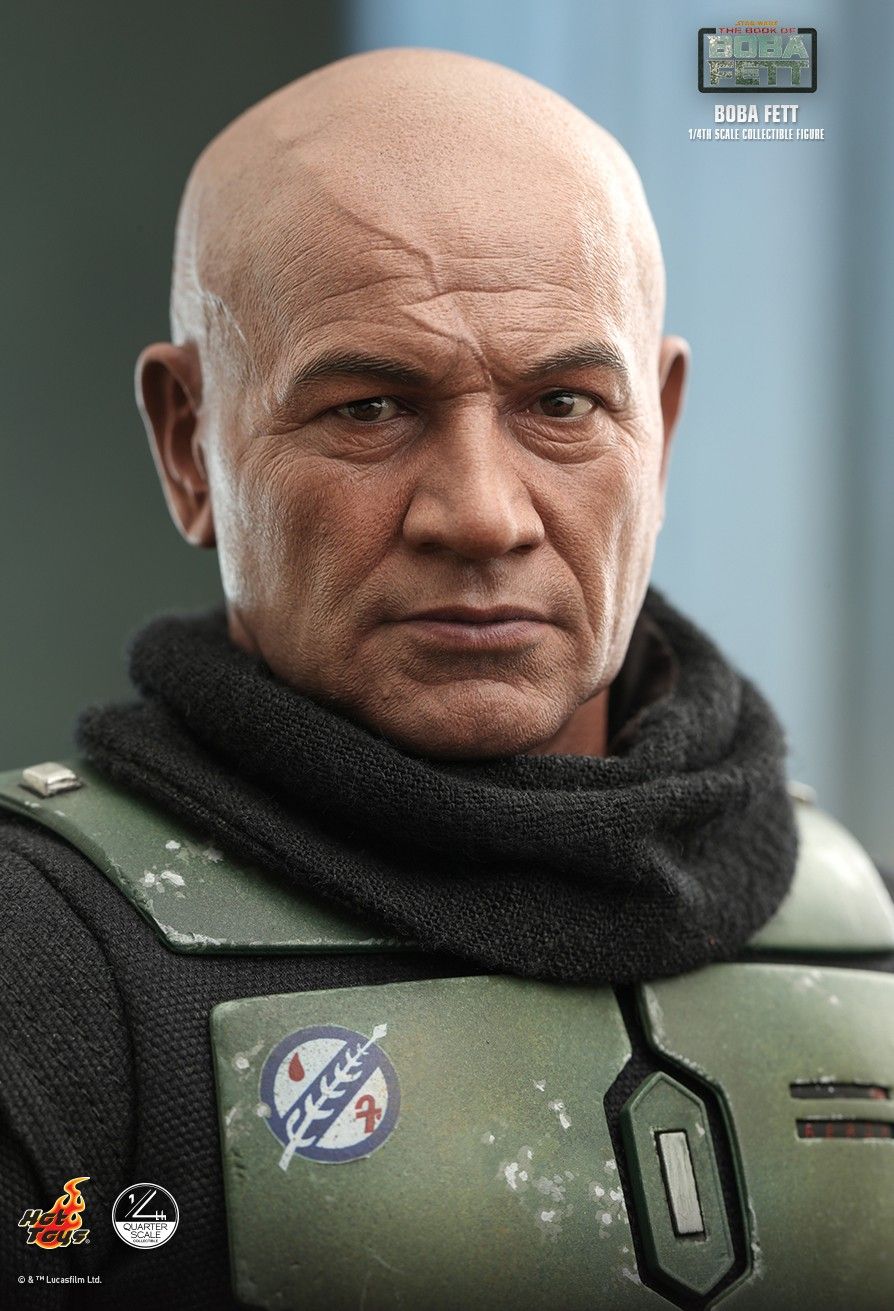 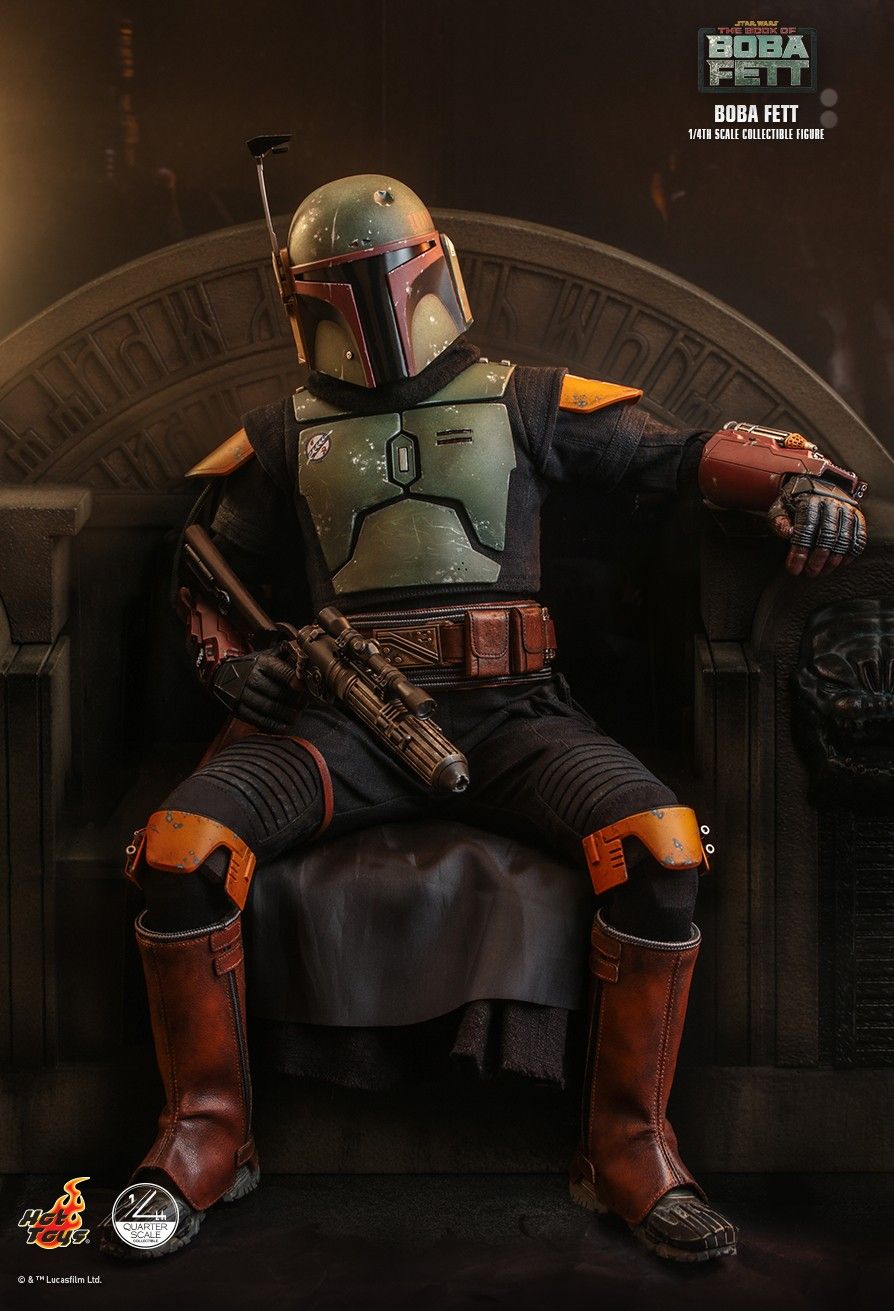 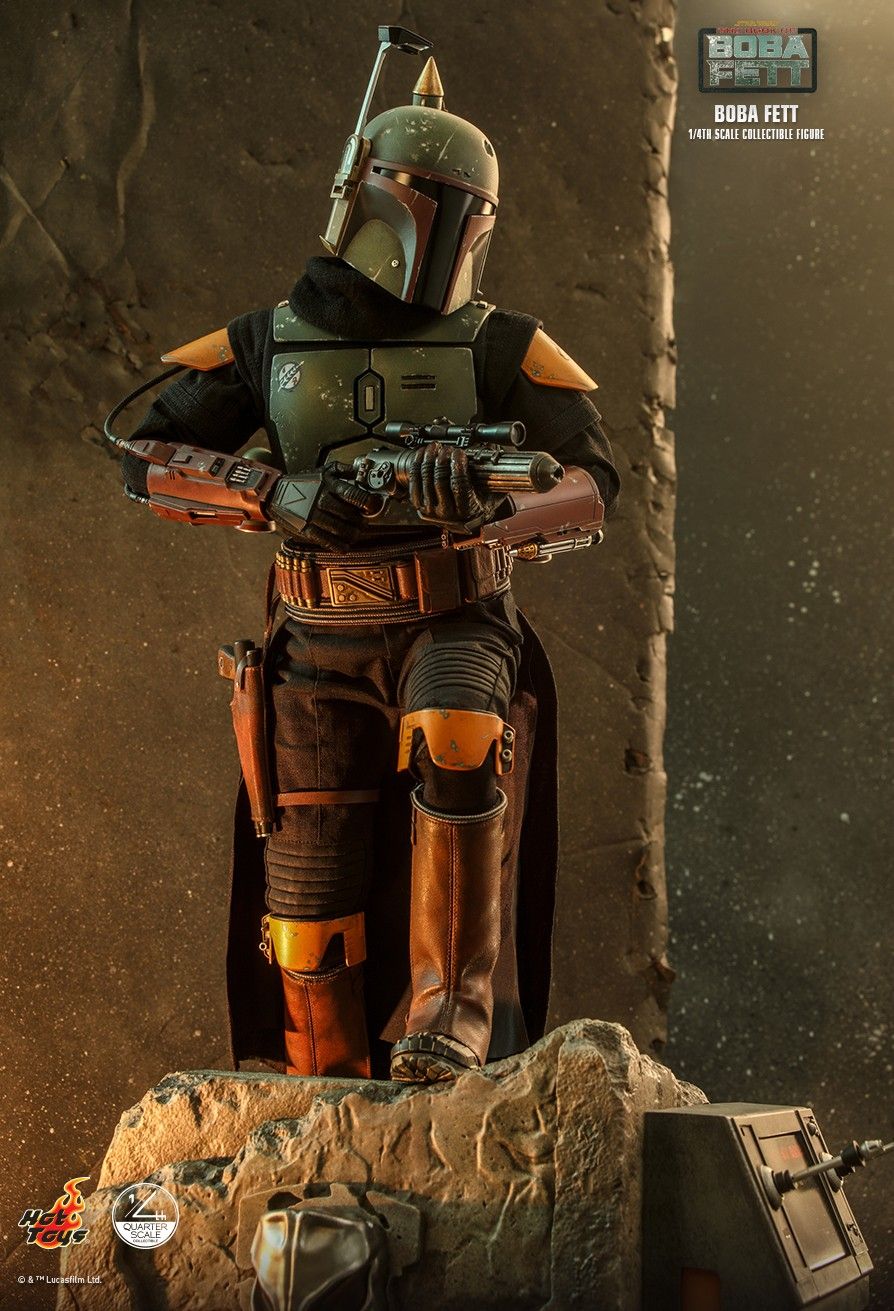 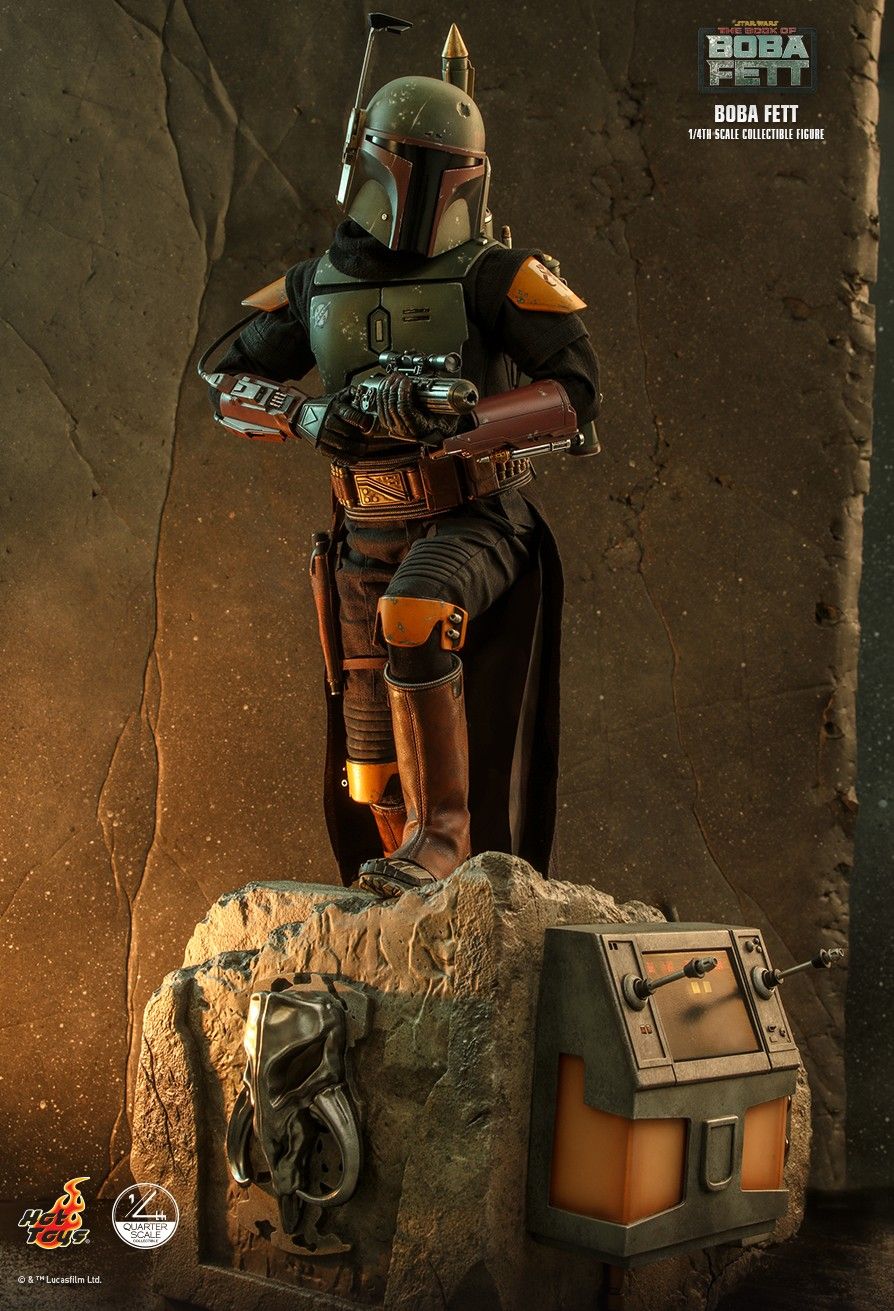 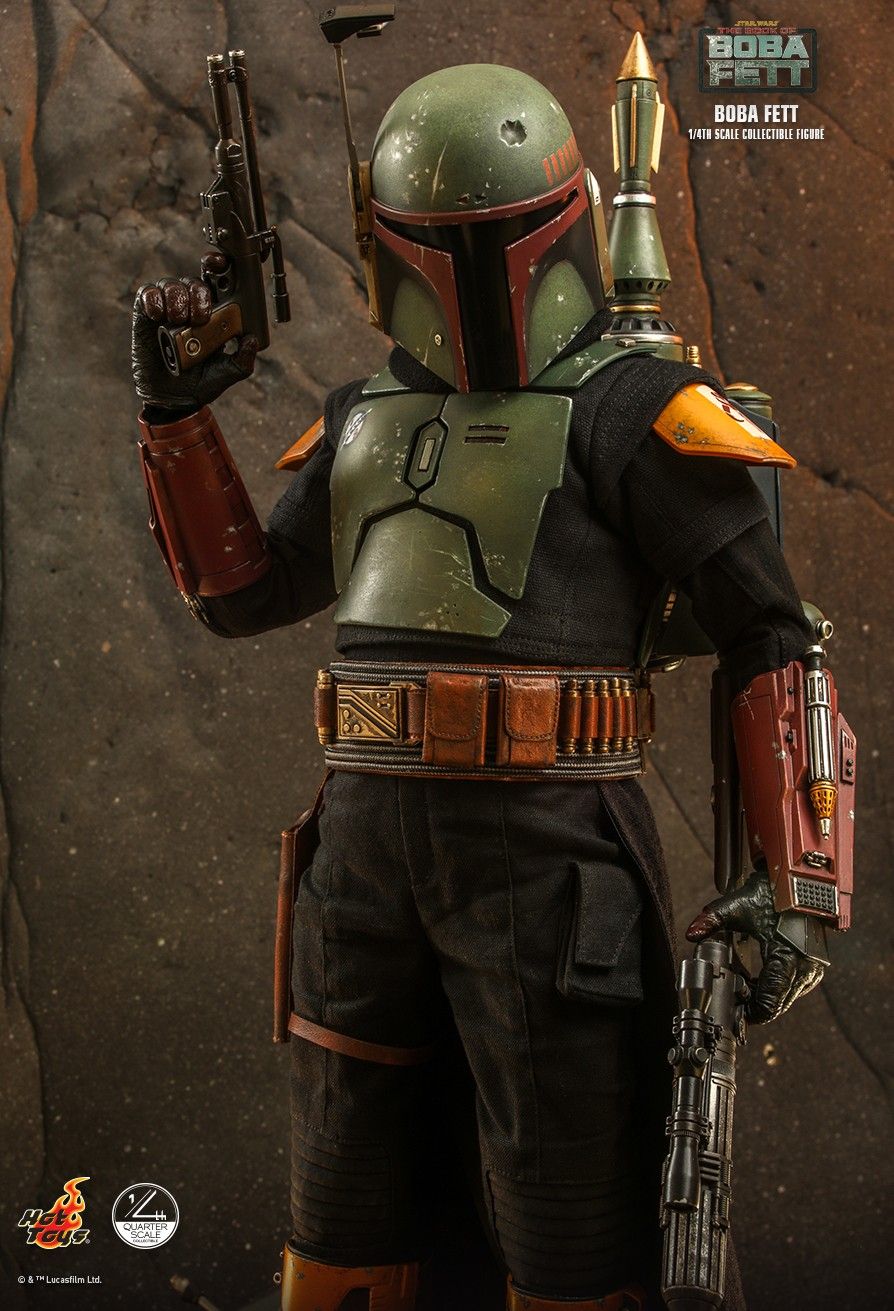 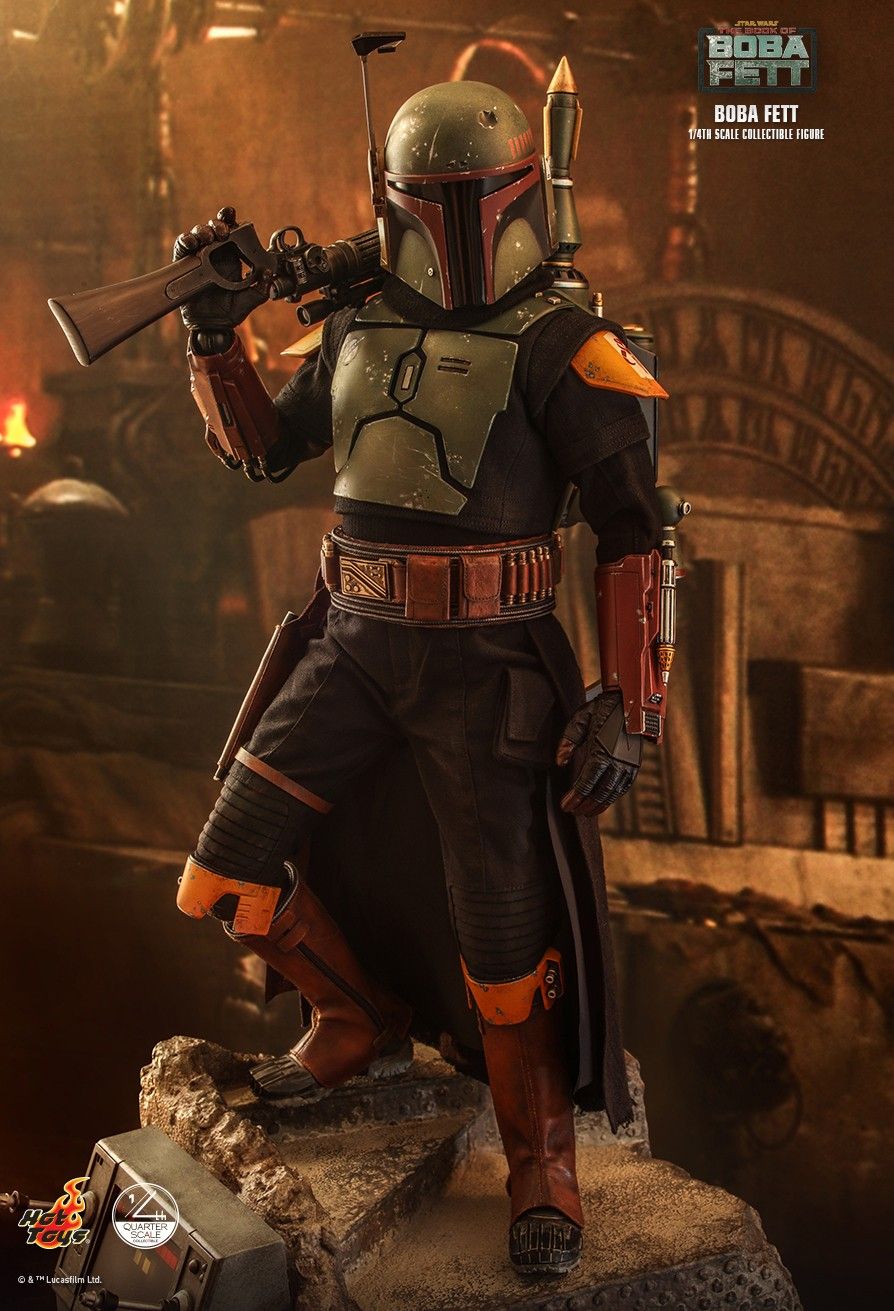 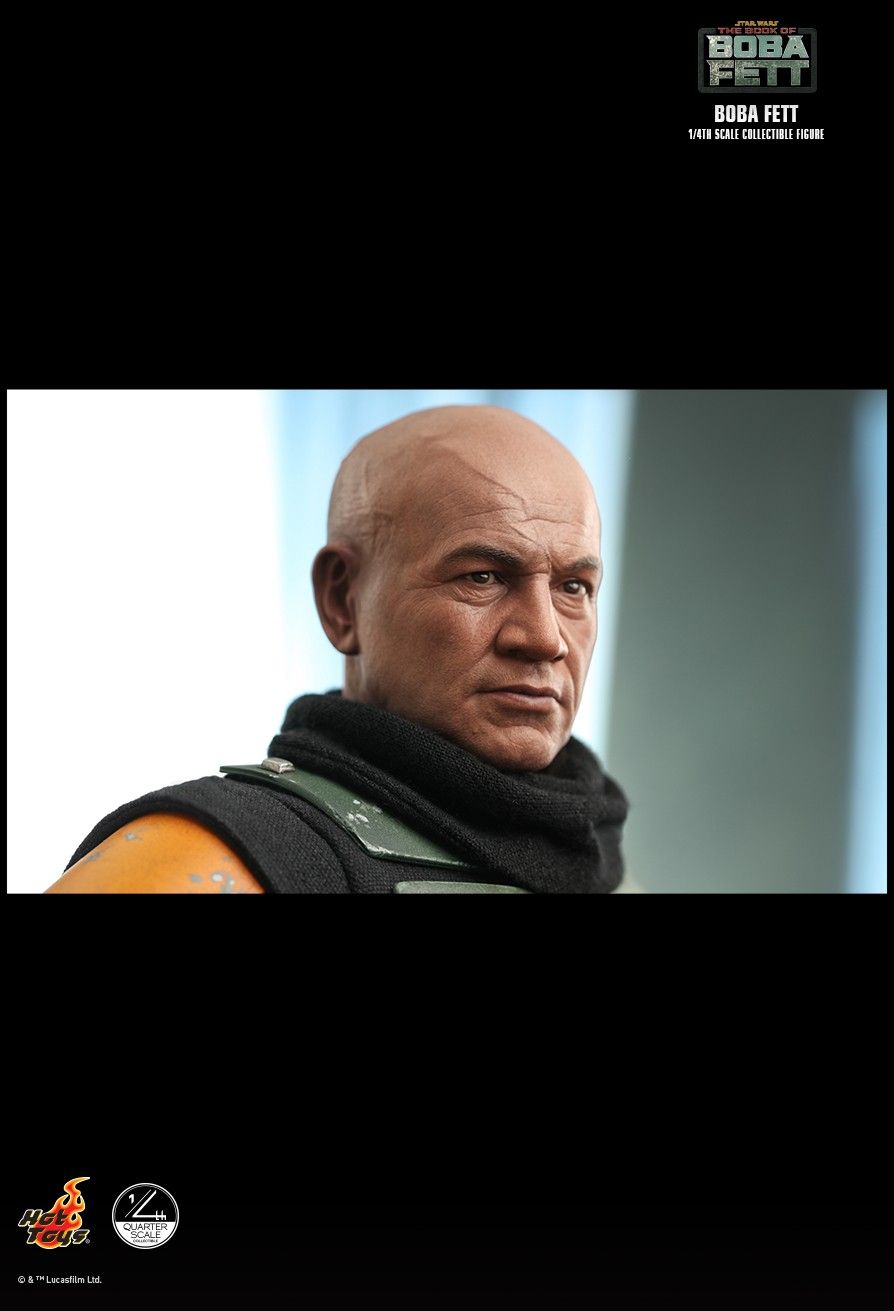 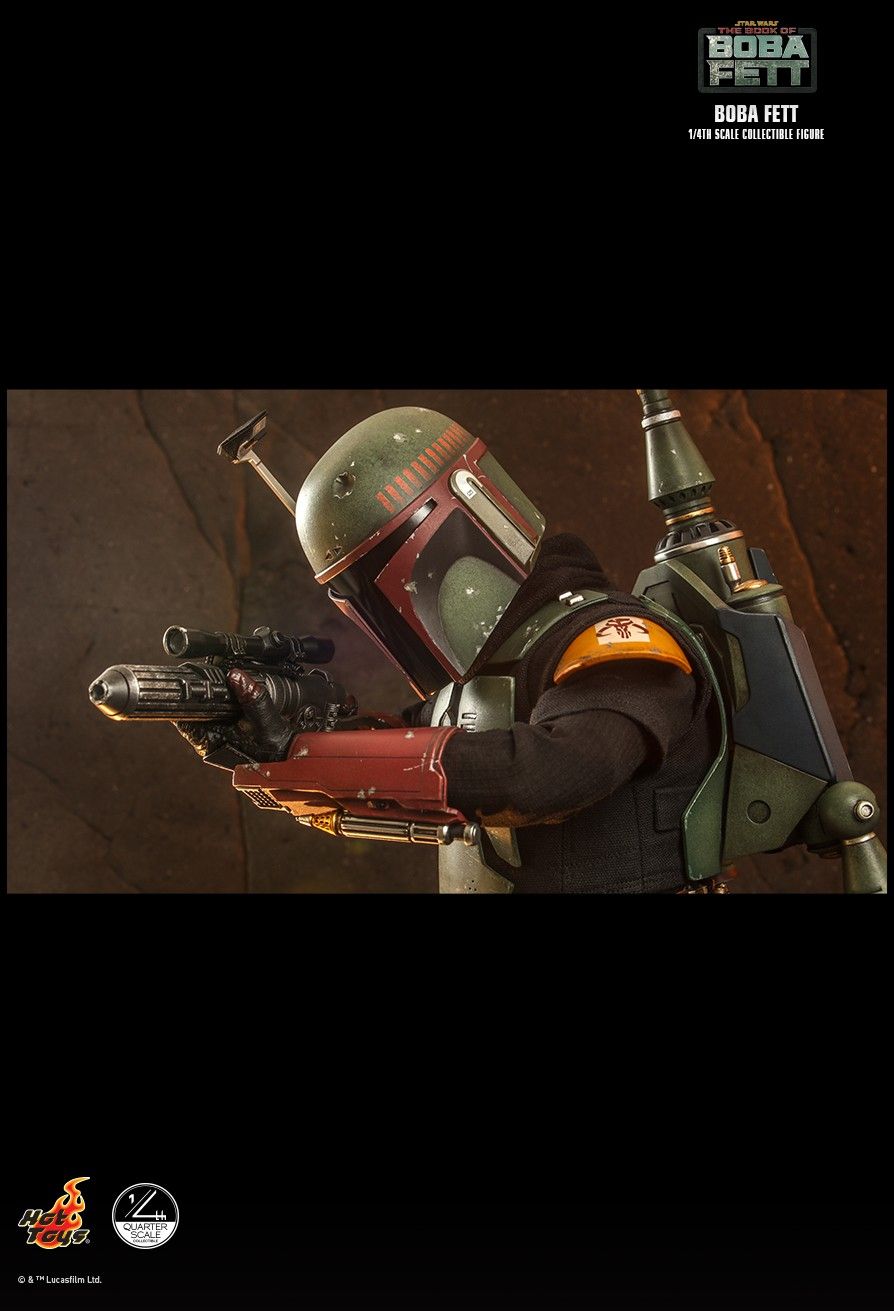 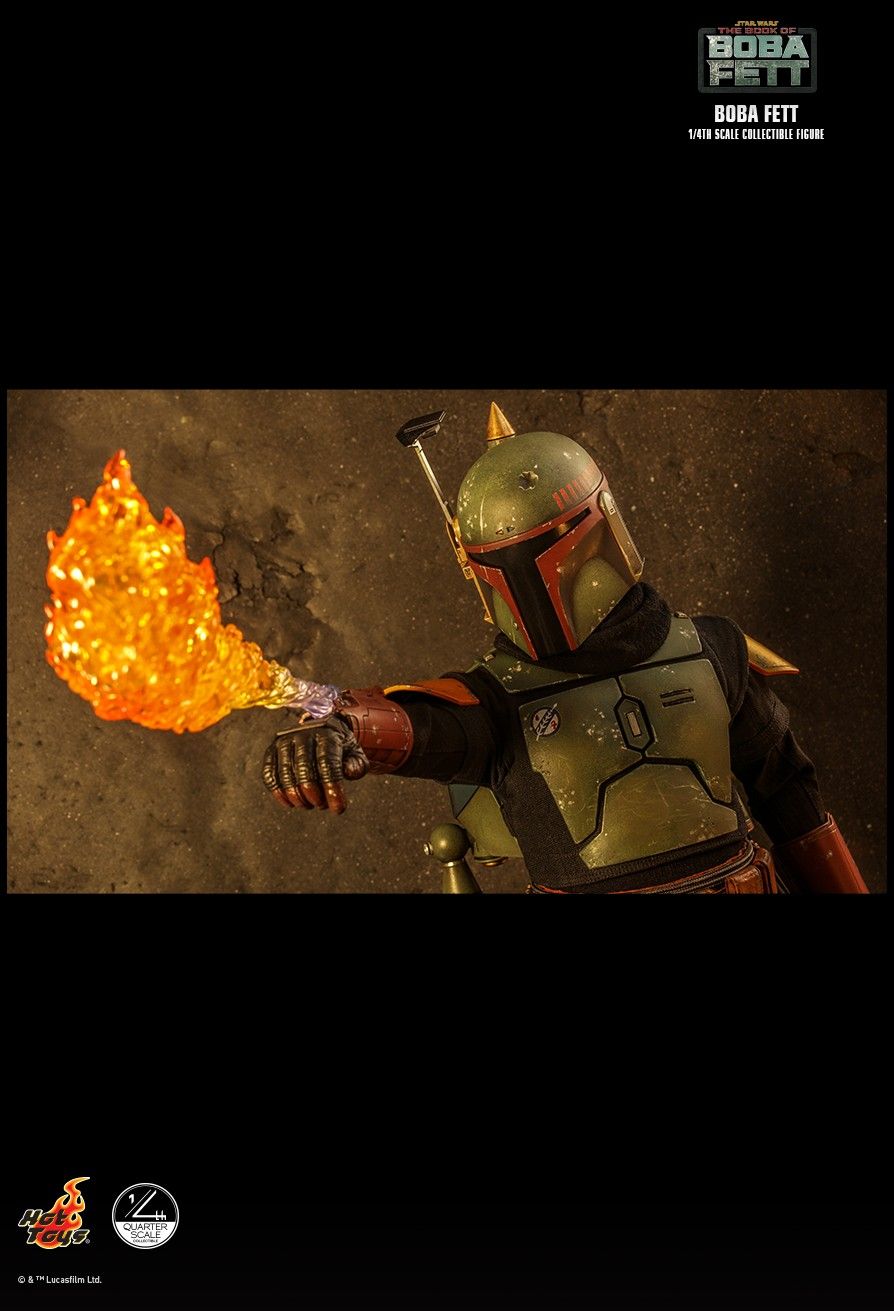 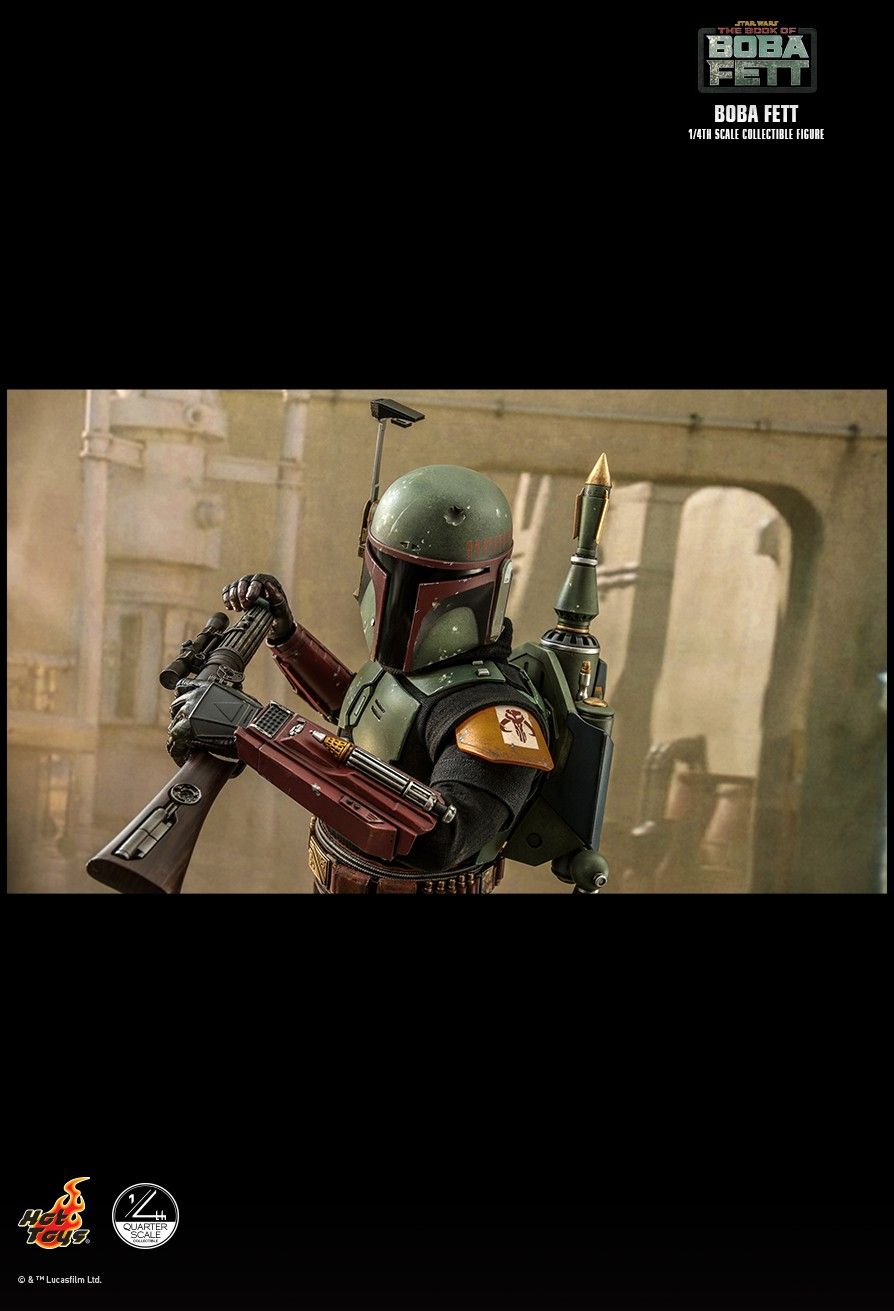 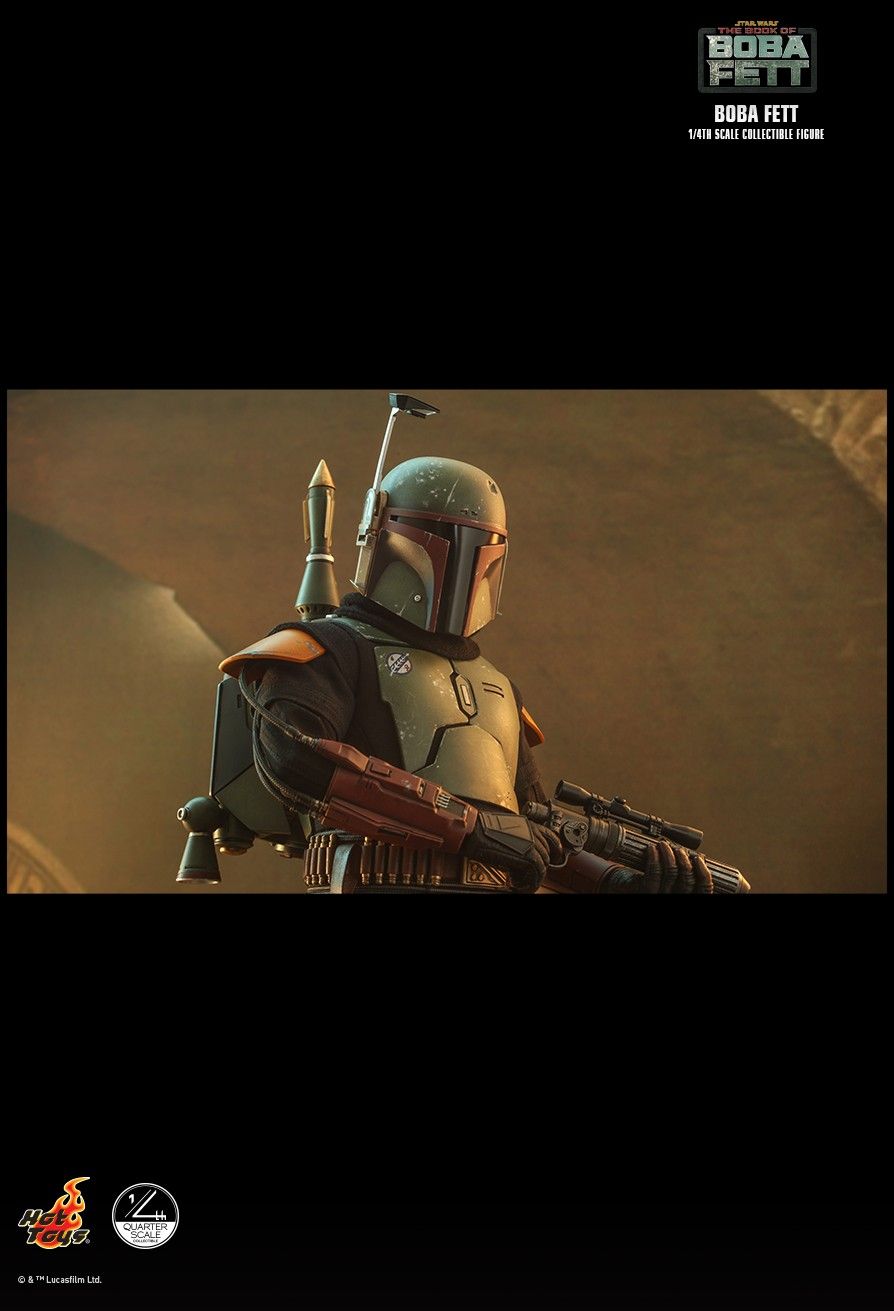 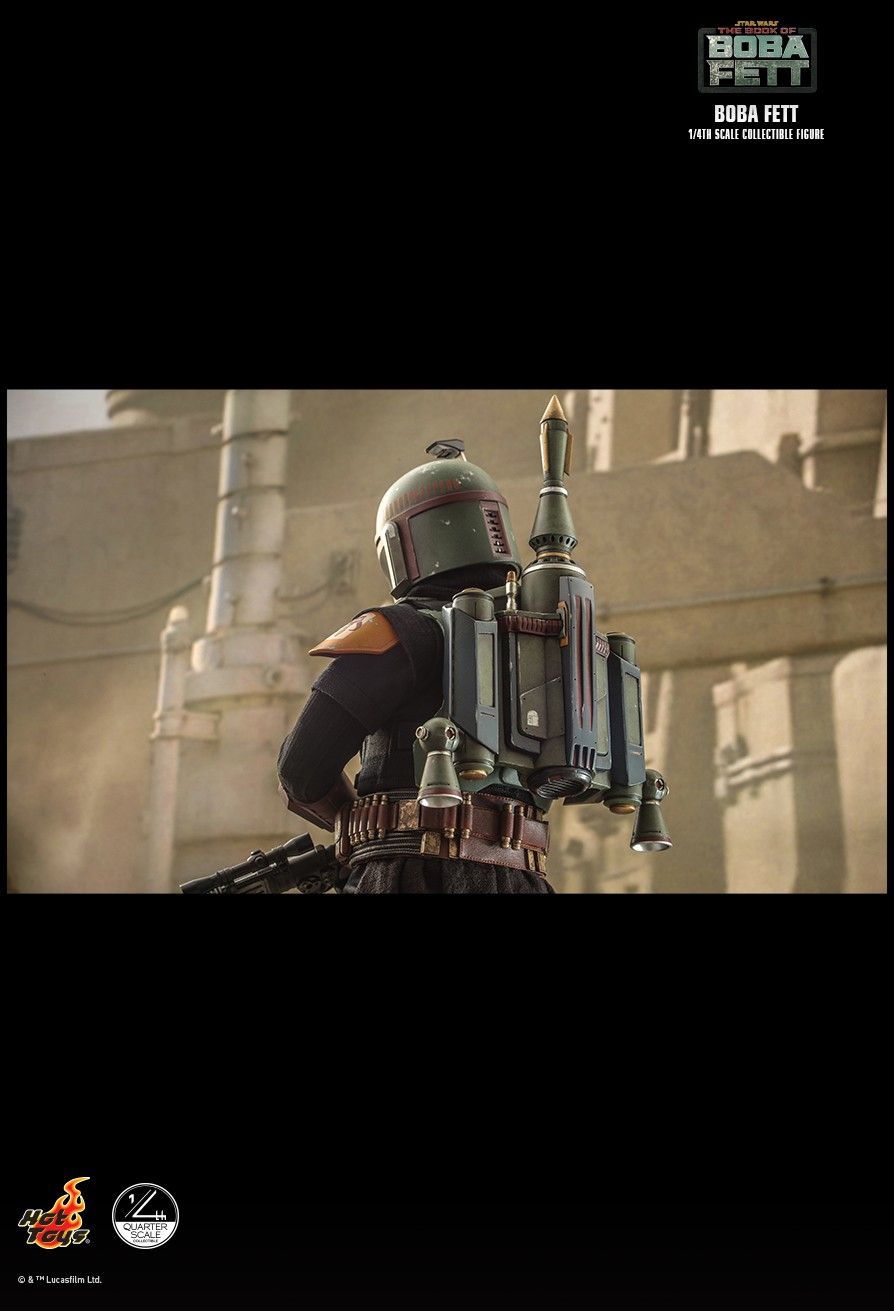 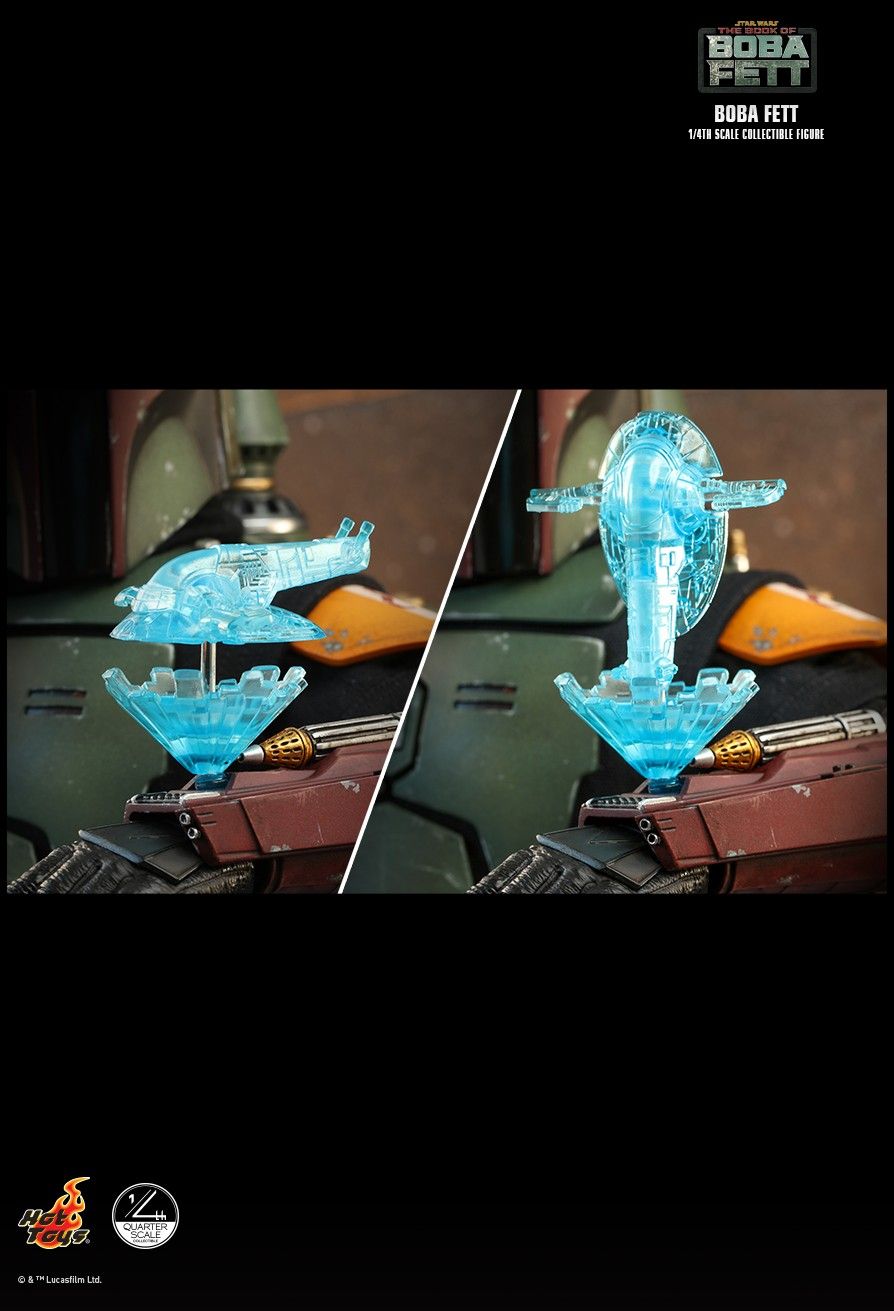 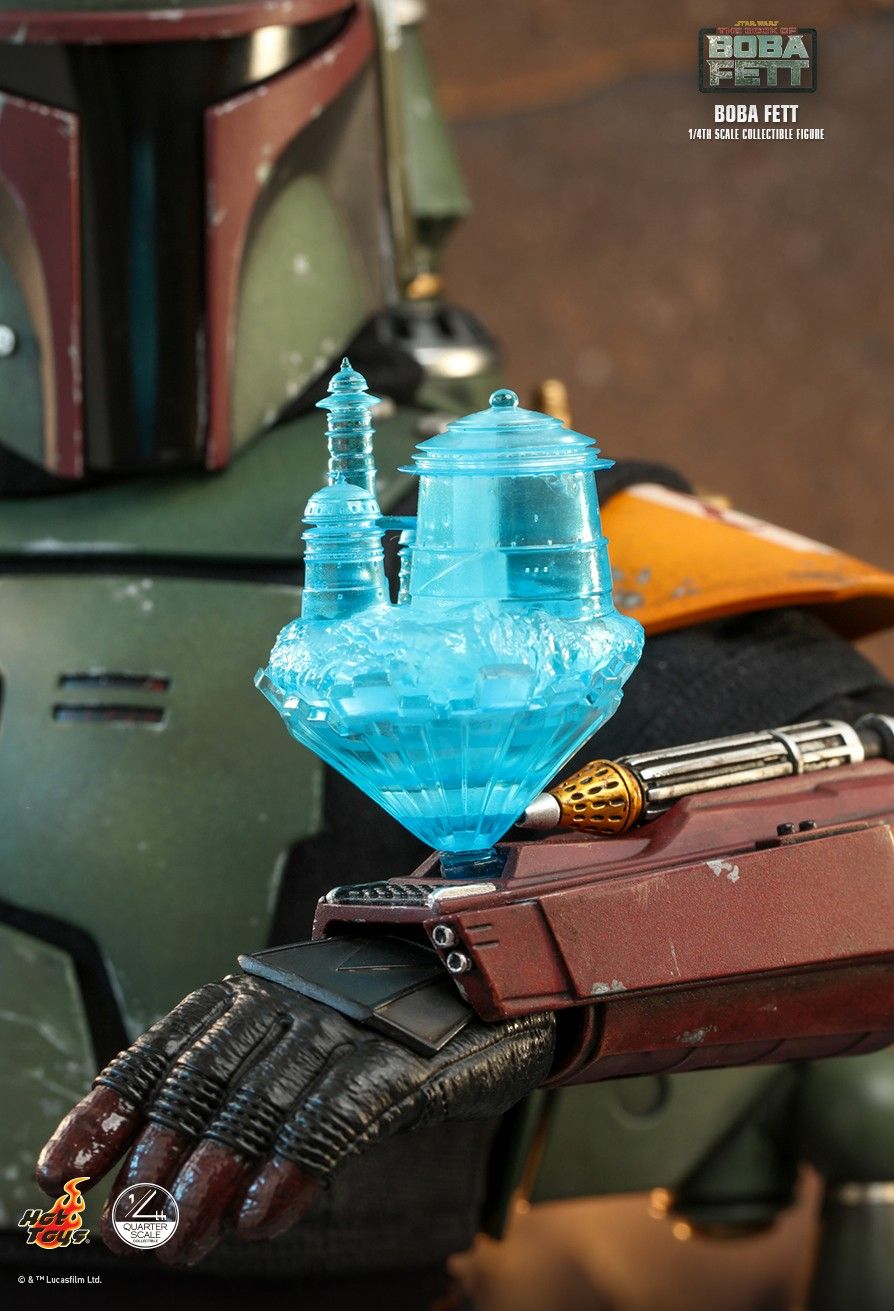 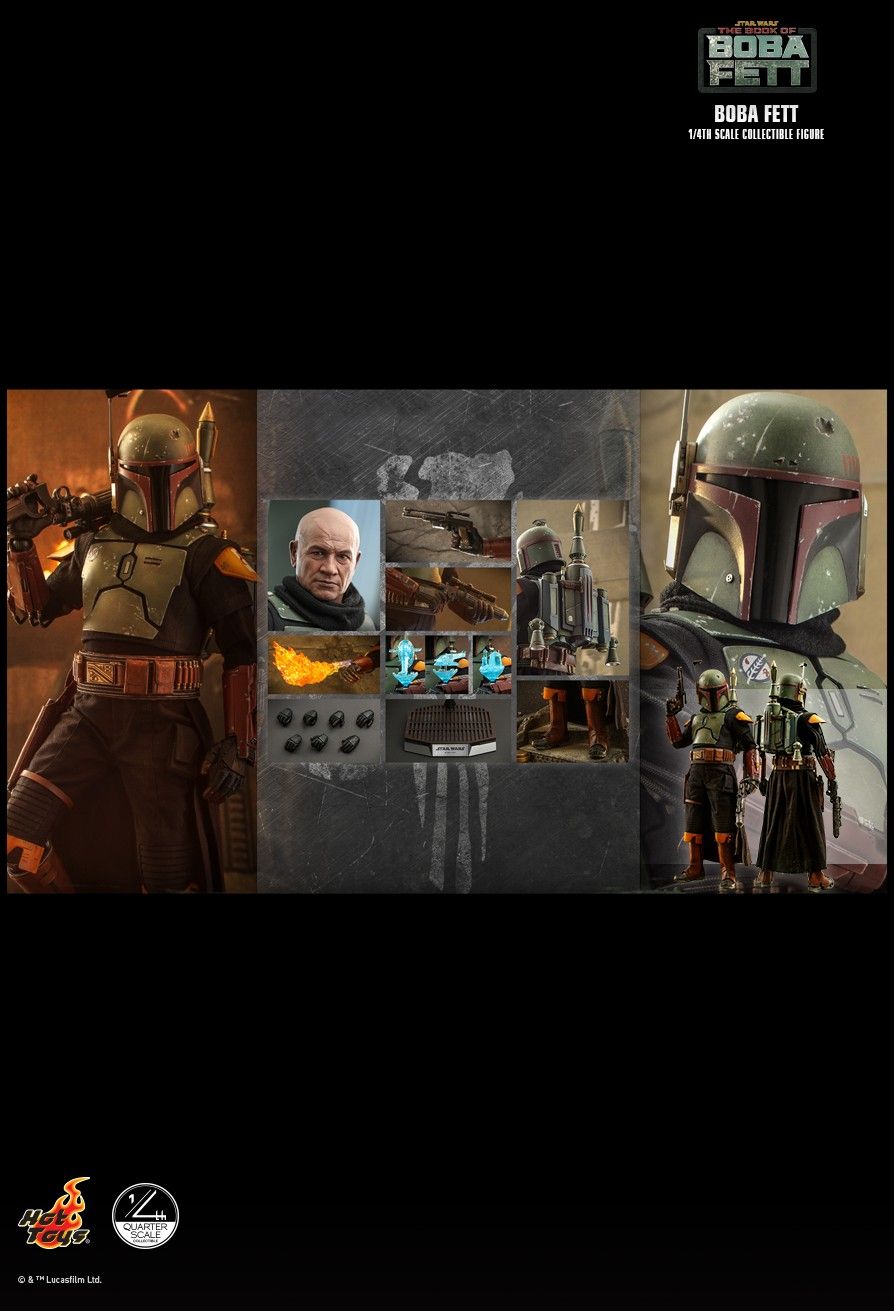 “I know you sit on the throne of your former employer.”

Every galaxy has an underworld. In The Book of Boba Fett, Star Wars™ fans are introduced to Boba Fett’s™ journey as the new daimyo of the criminal empire on Tatooine™ after he usurped power from Bib Fortuna™. However, this underworld proves to be dangerous and Fett needs to prepare to fight for his new position…

The highly-accurate quarter scale figure is skillfully crafted based on the appearance of the character from The Book of Boba Fett. It stands approximately 45cm tall, featuring a newly developed head sculpt with extraordinary likeness, meticulously made armor and interchangeable helmet, specially tailored outfit, an attachable jetpack, blaster rifle, flamethrower effect, miniature holograms, and a display base.

This amazing 1/4 scale figure will be a great addition to your display!