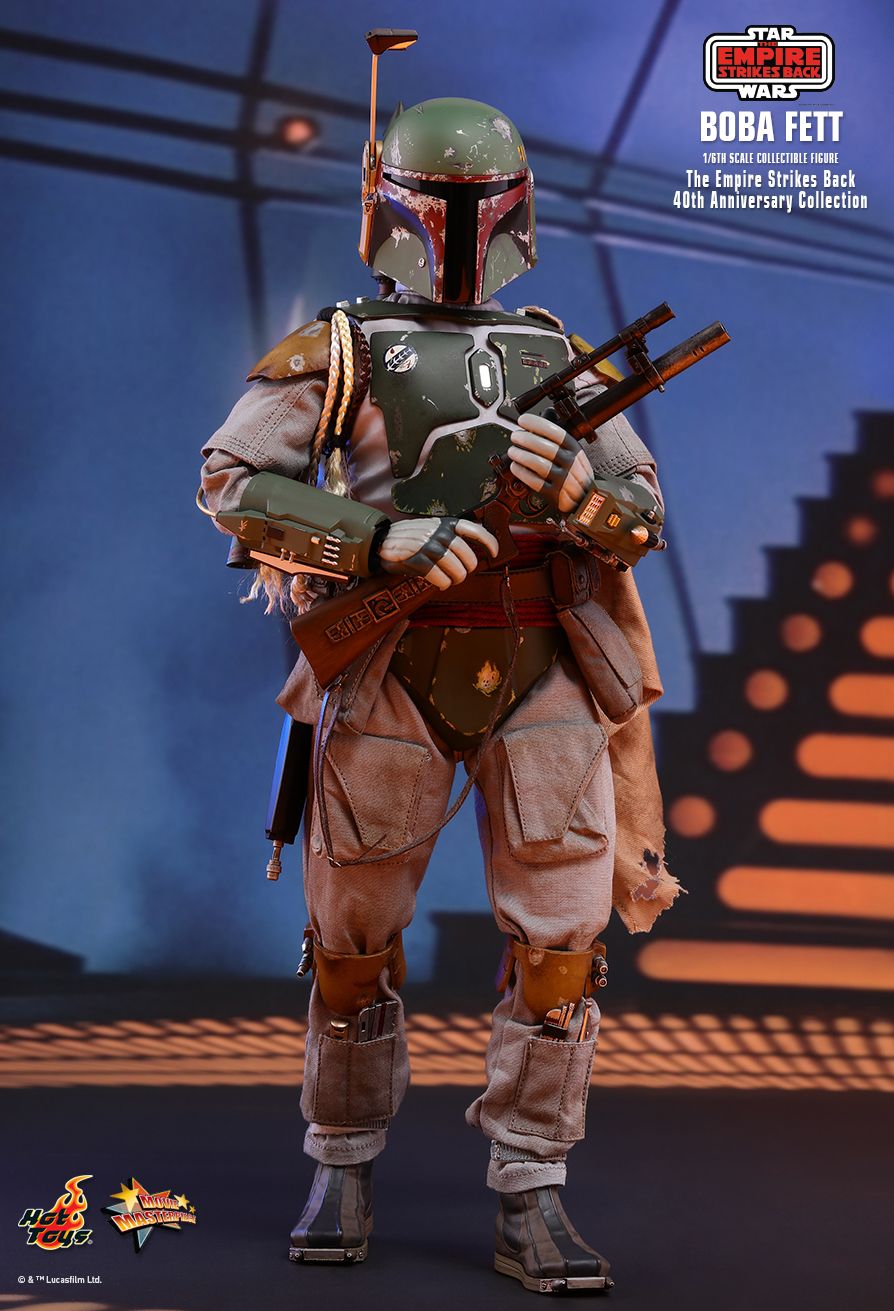 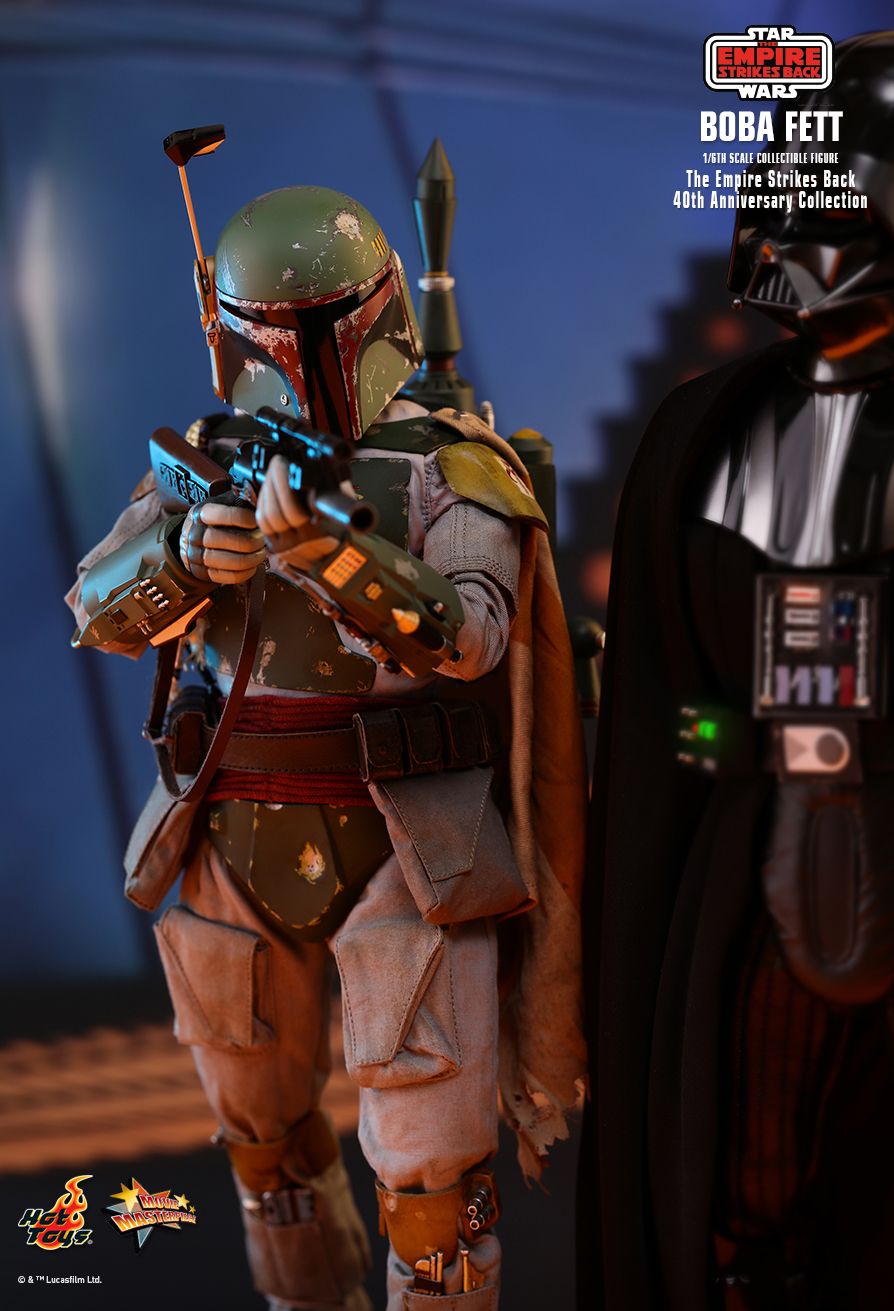 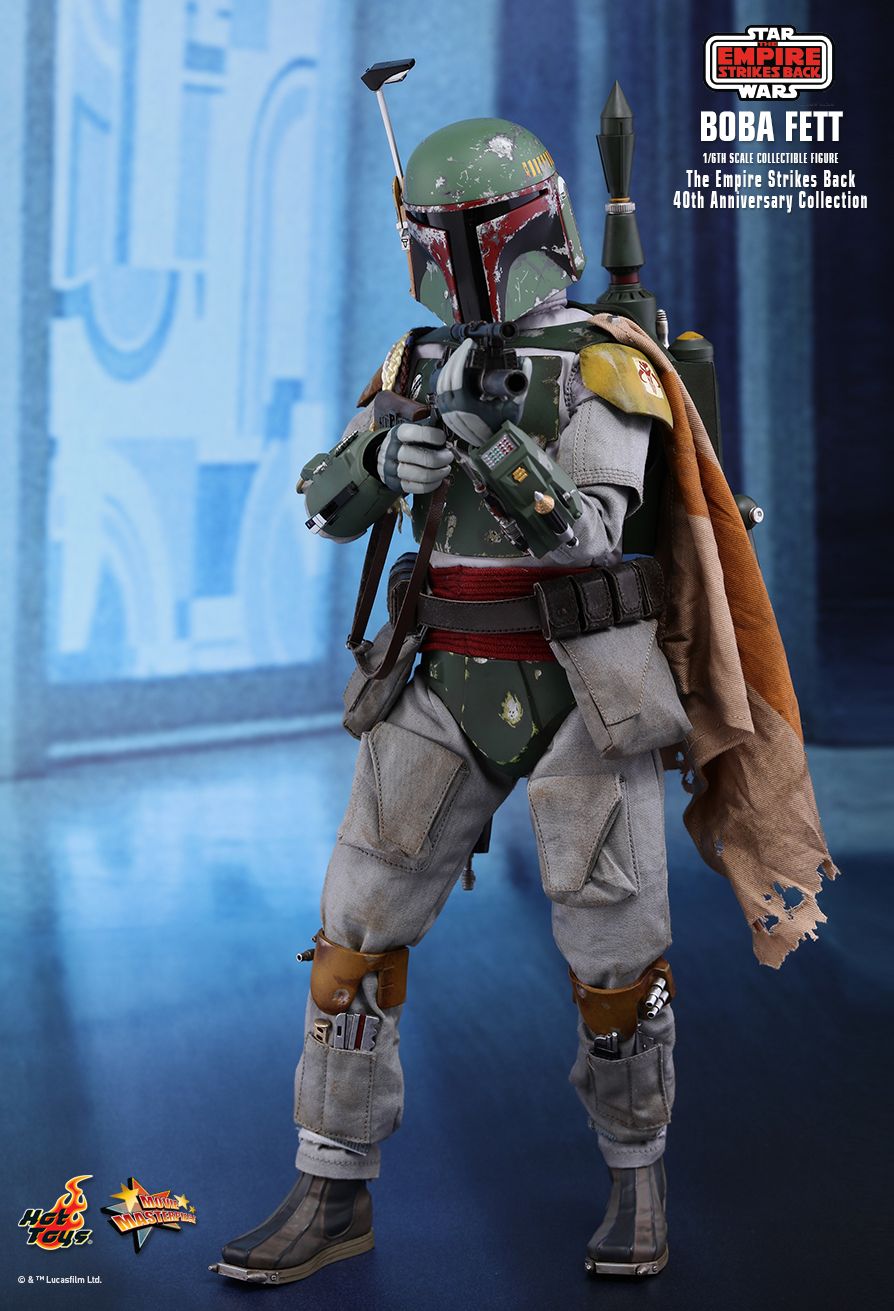 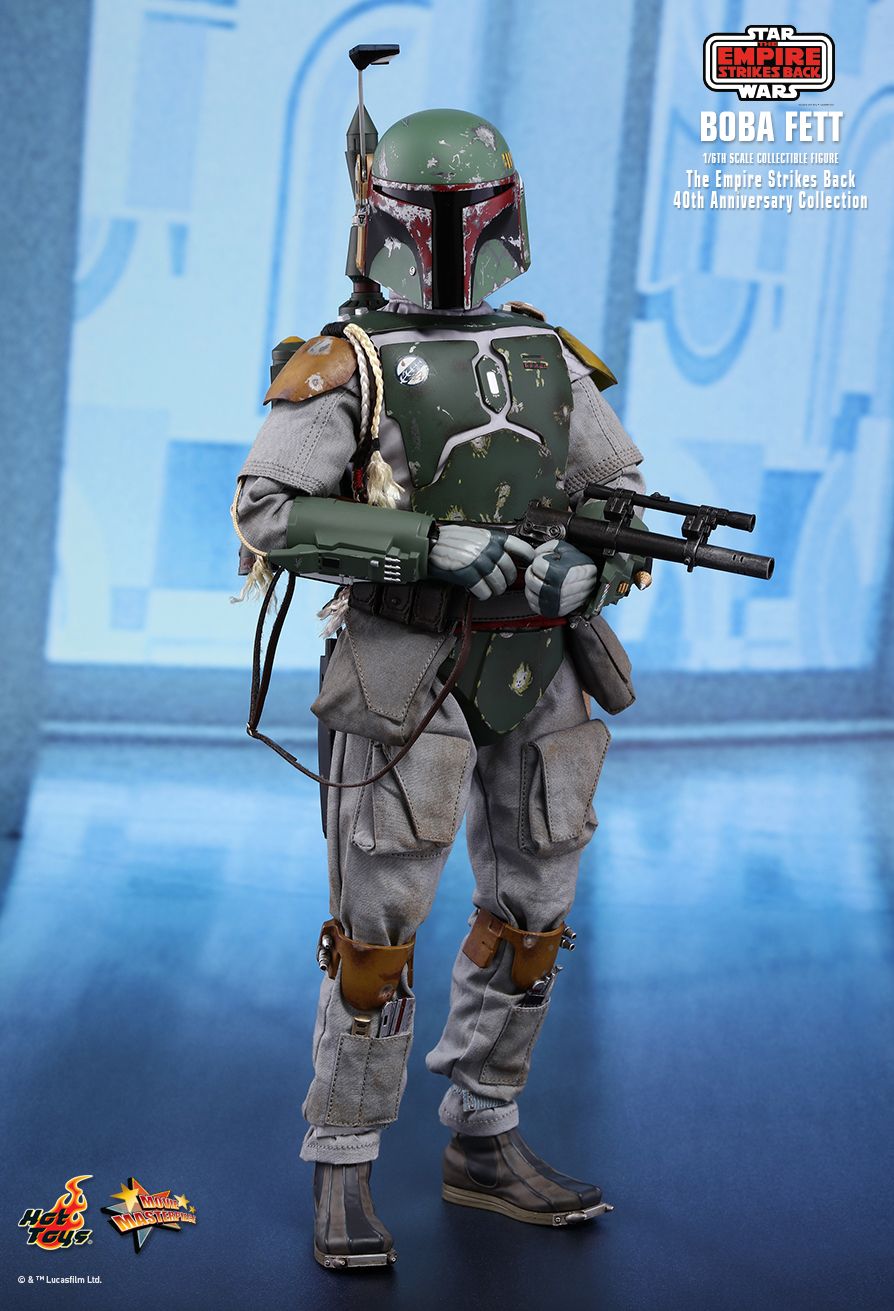 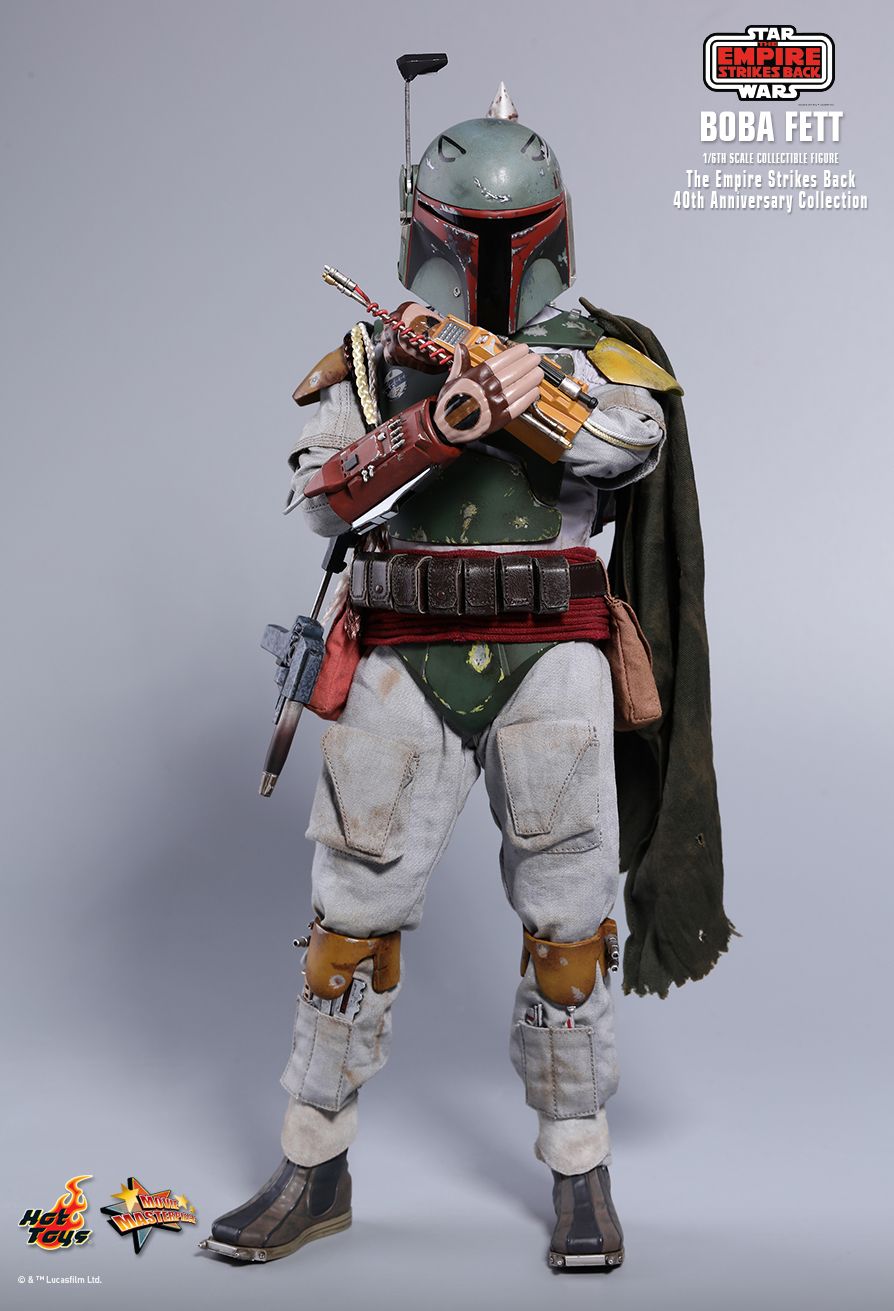 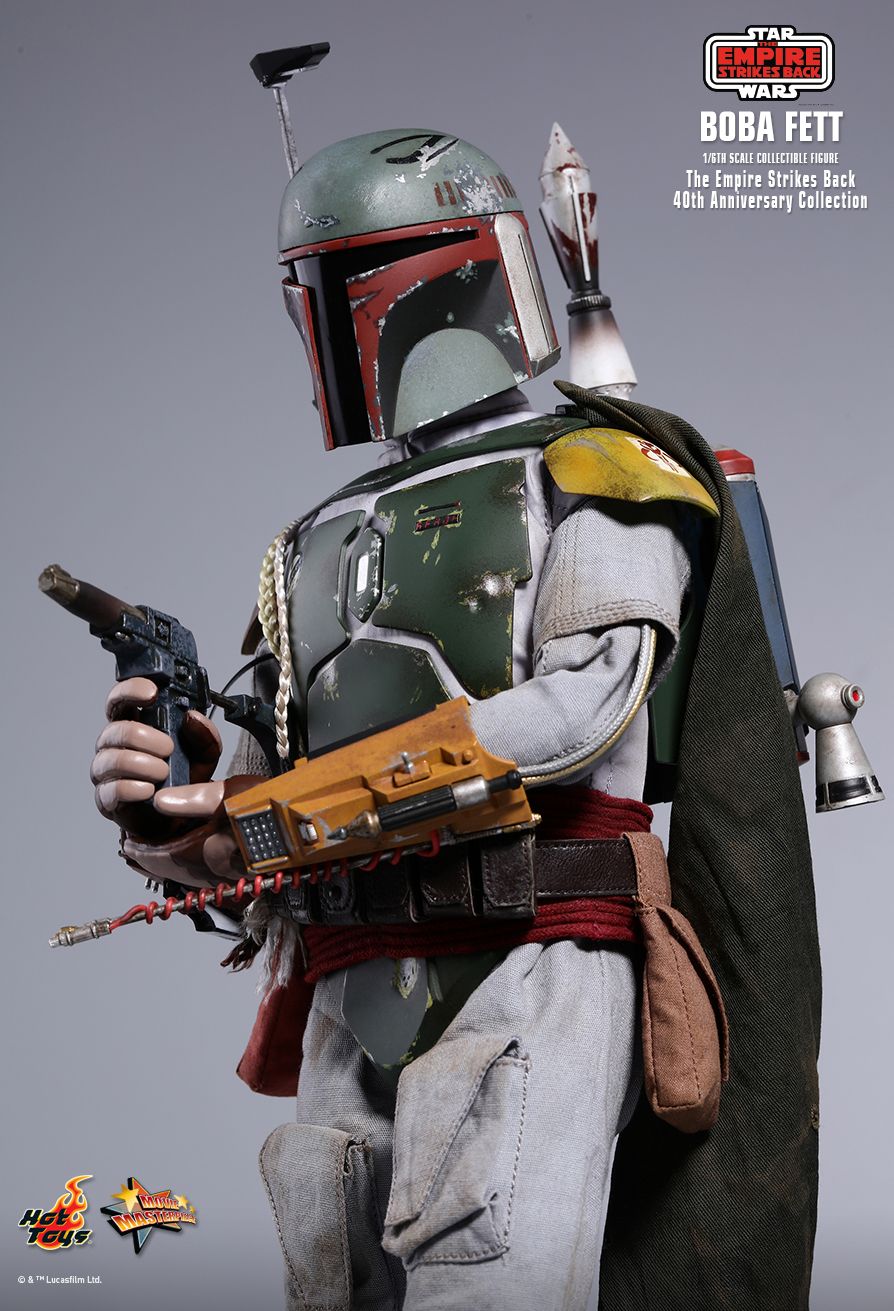 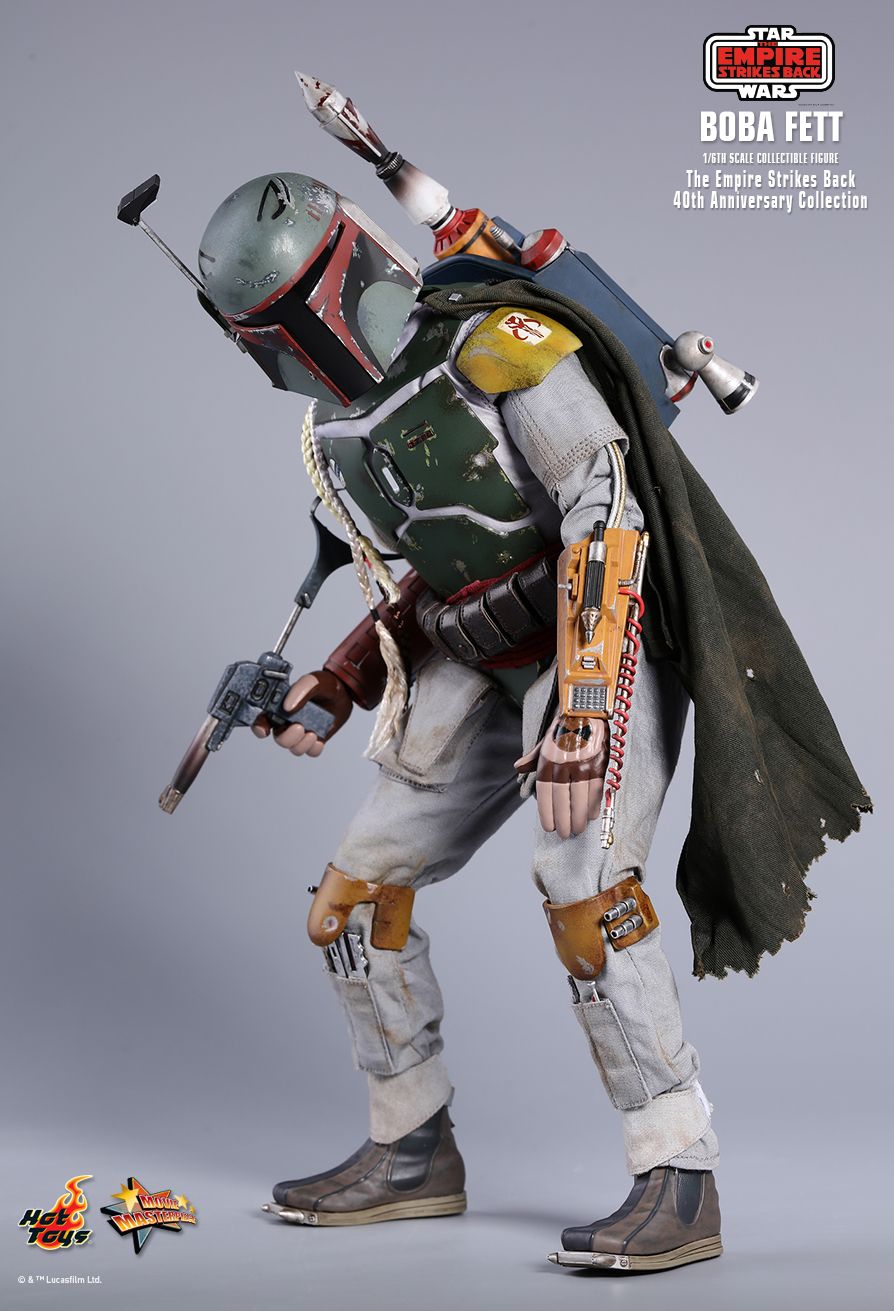 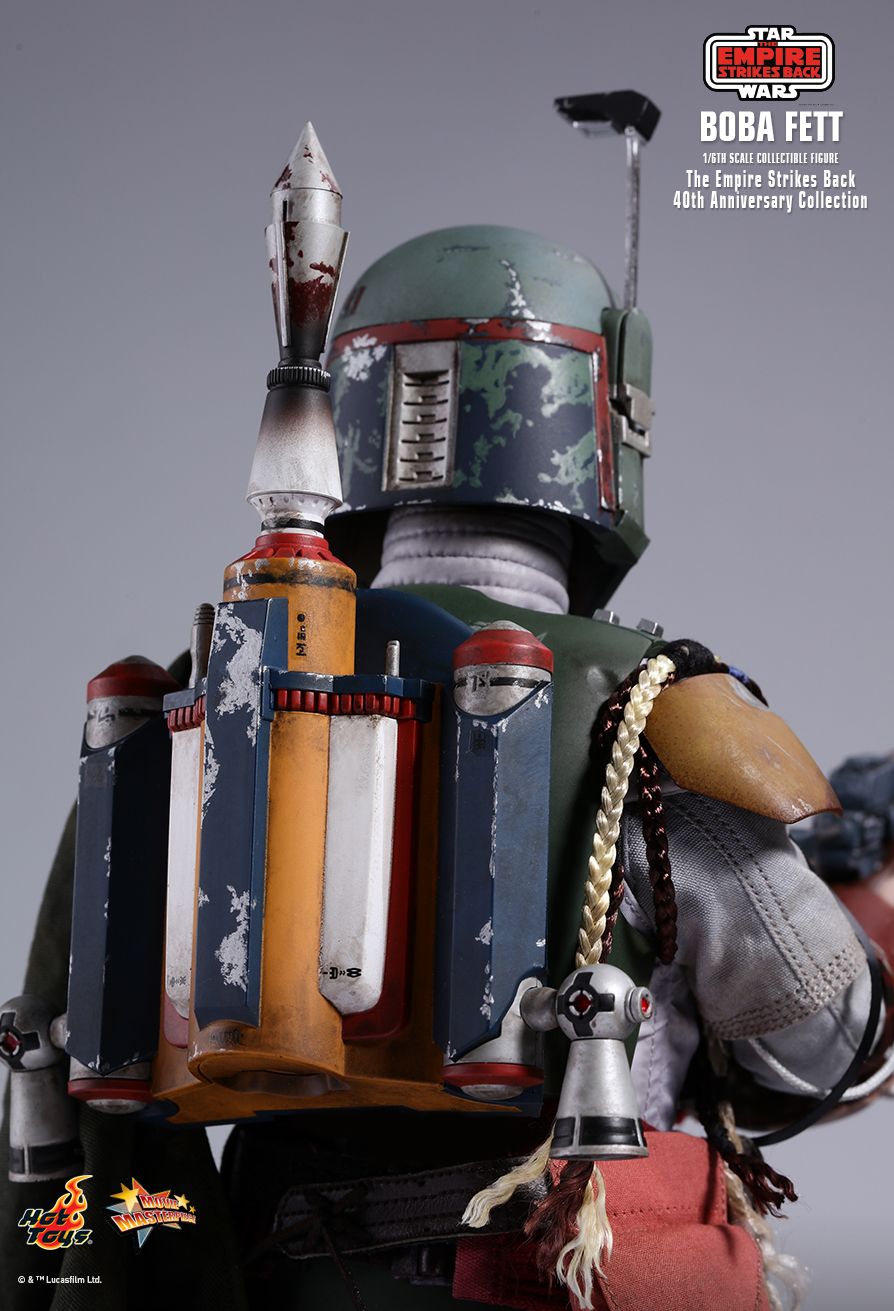 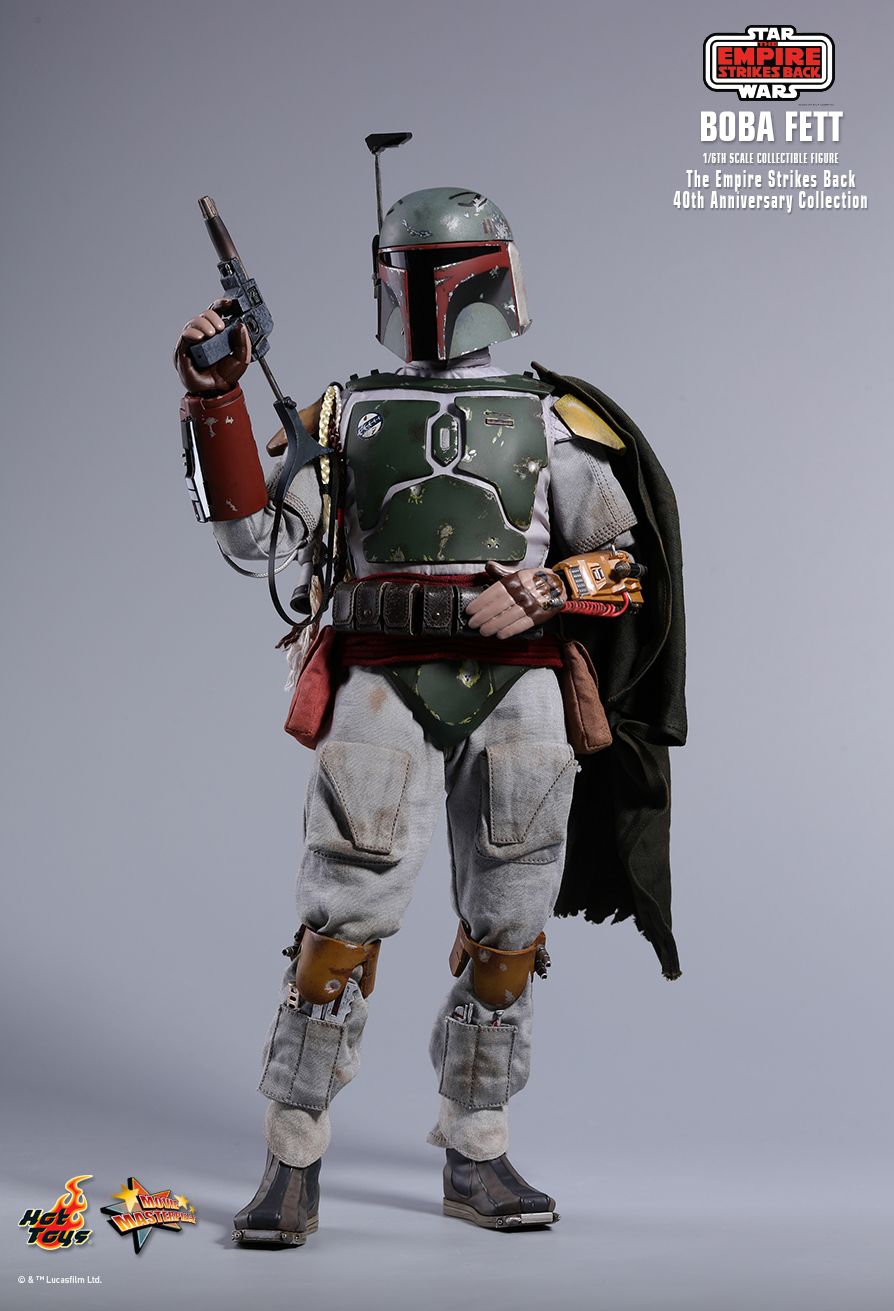 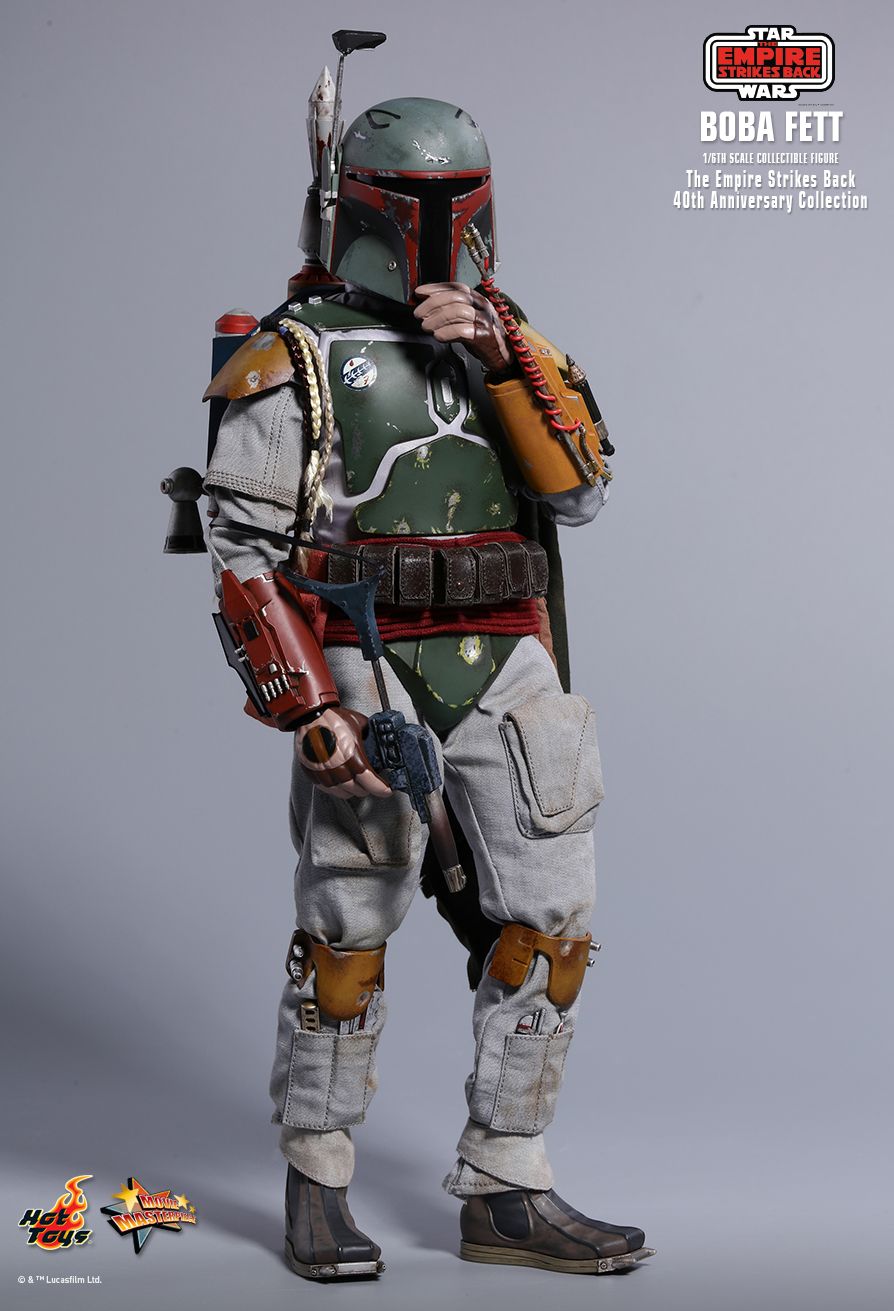 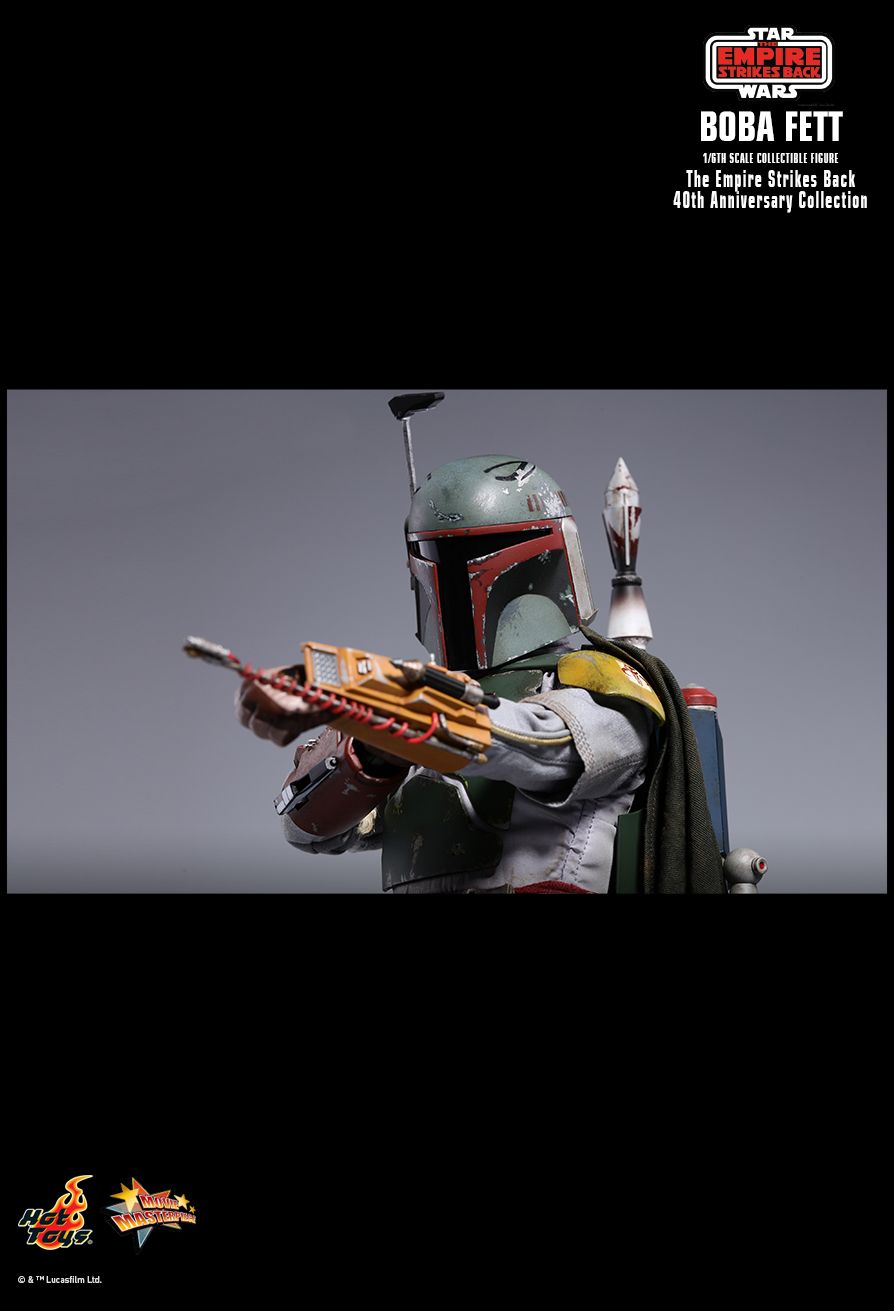 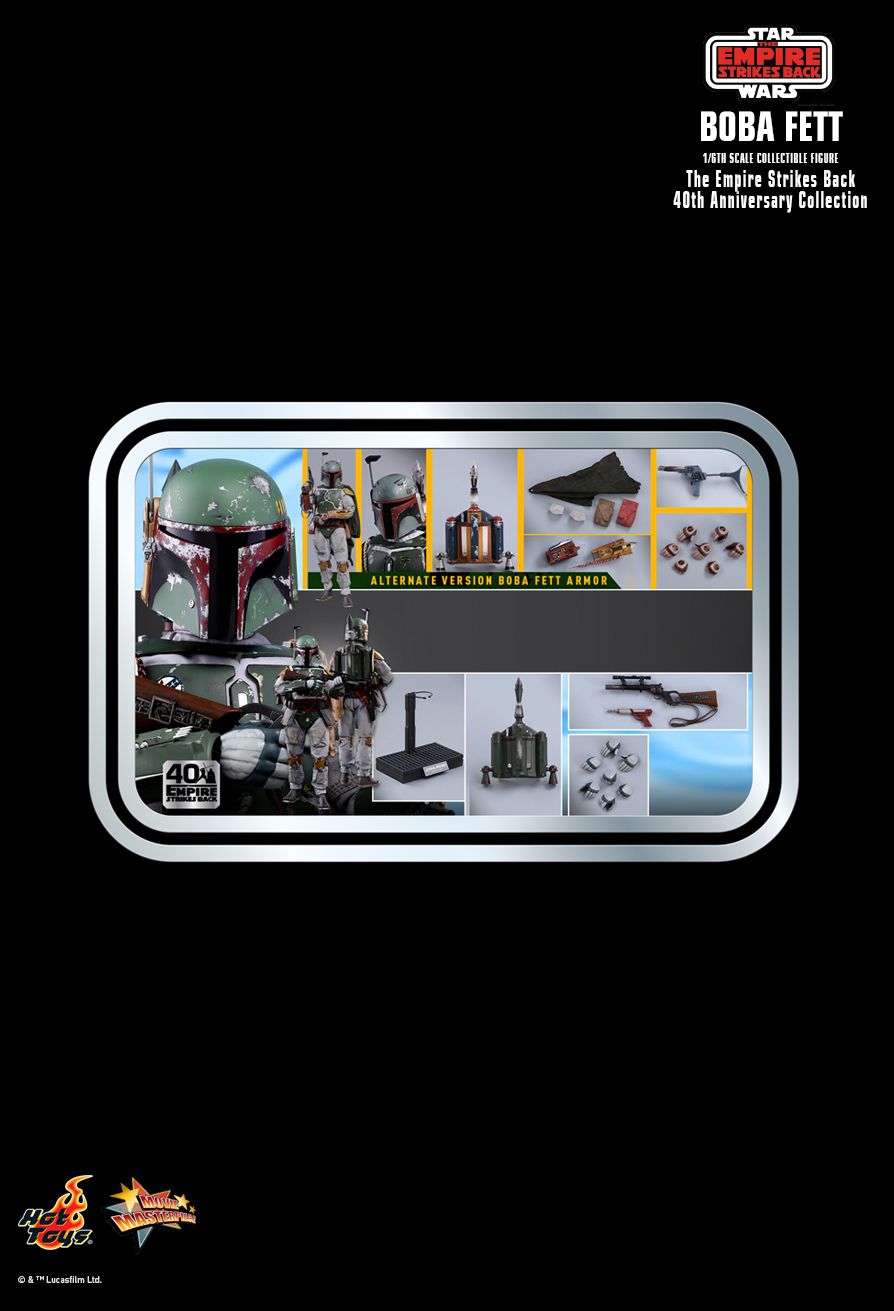 Armed in customized Mandalorian™ armor, dangerous weaponry and highly trained combat skills, Boba Fett has earned a notorious reputation as one of the deadliest bounty hunters in the galaxy as he takes on contracts from the criminal underworld and the Galactic Empire.

Based on his famous appearance in the beloved film, the Boba Fett collectible figure features a meticulously crafted Mandalorian helmet and armor with distressed effects, his iconic jetpack, a cape, detailed blasters, and a display stand! Furthermore, this sixth scale collectible figure features an alternative version of Boba Fett’s armor including a range of interchangeable parts such as helmet, jetpack, gauntlets, cape, and a number of gloved hands all packaged in specially designed retro style packaging!

Join the hunt and embrace the 40-year legacy of this cinematic masterpiece. Don’t miss out on this great Boba Fett collectible figure for your Star Wars: The Empire Strikes Back 40th Anniversary Collection!