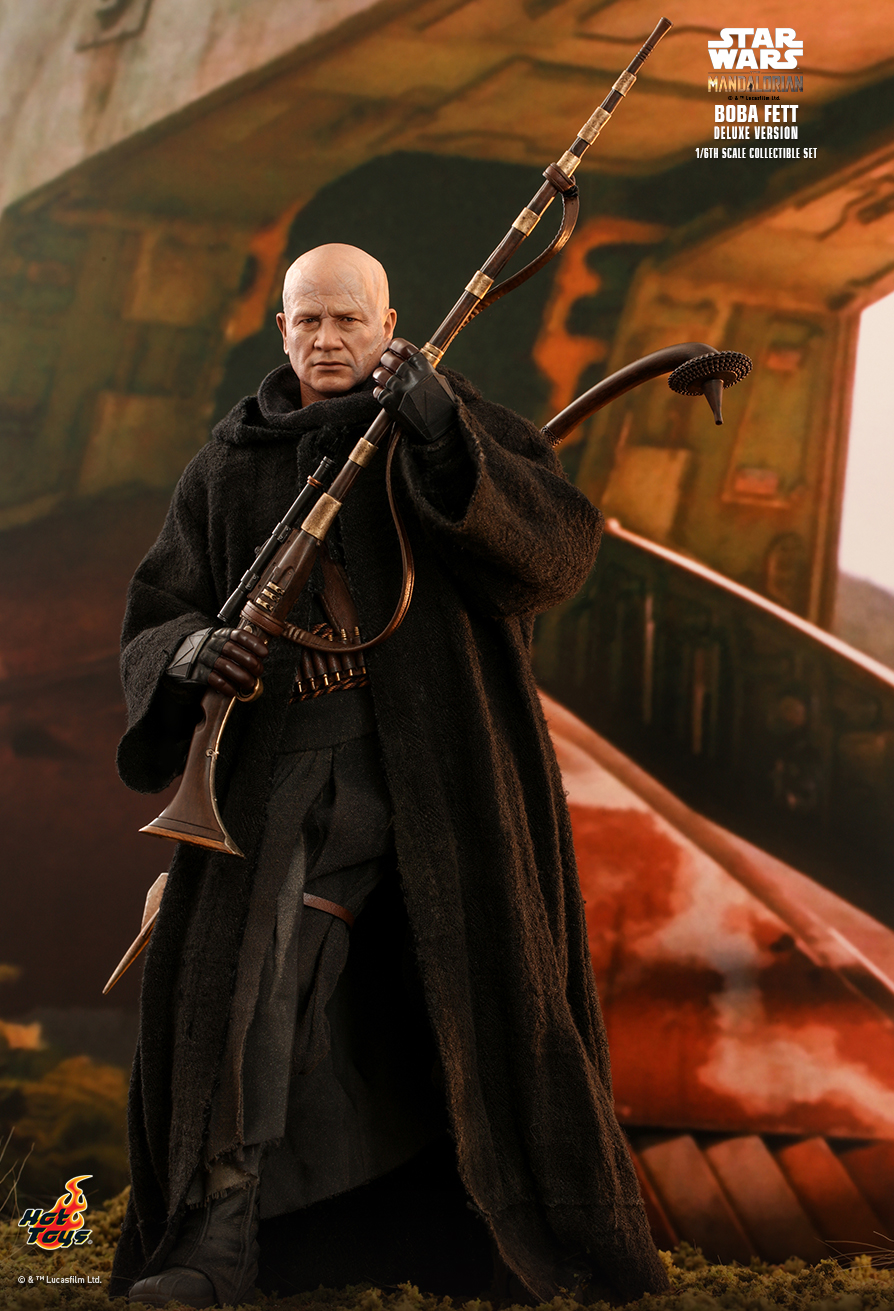 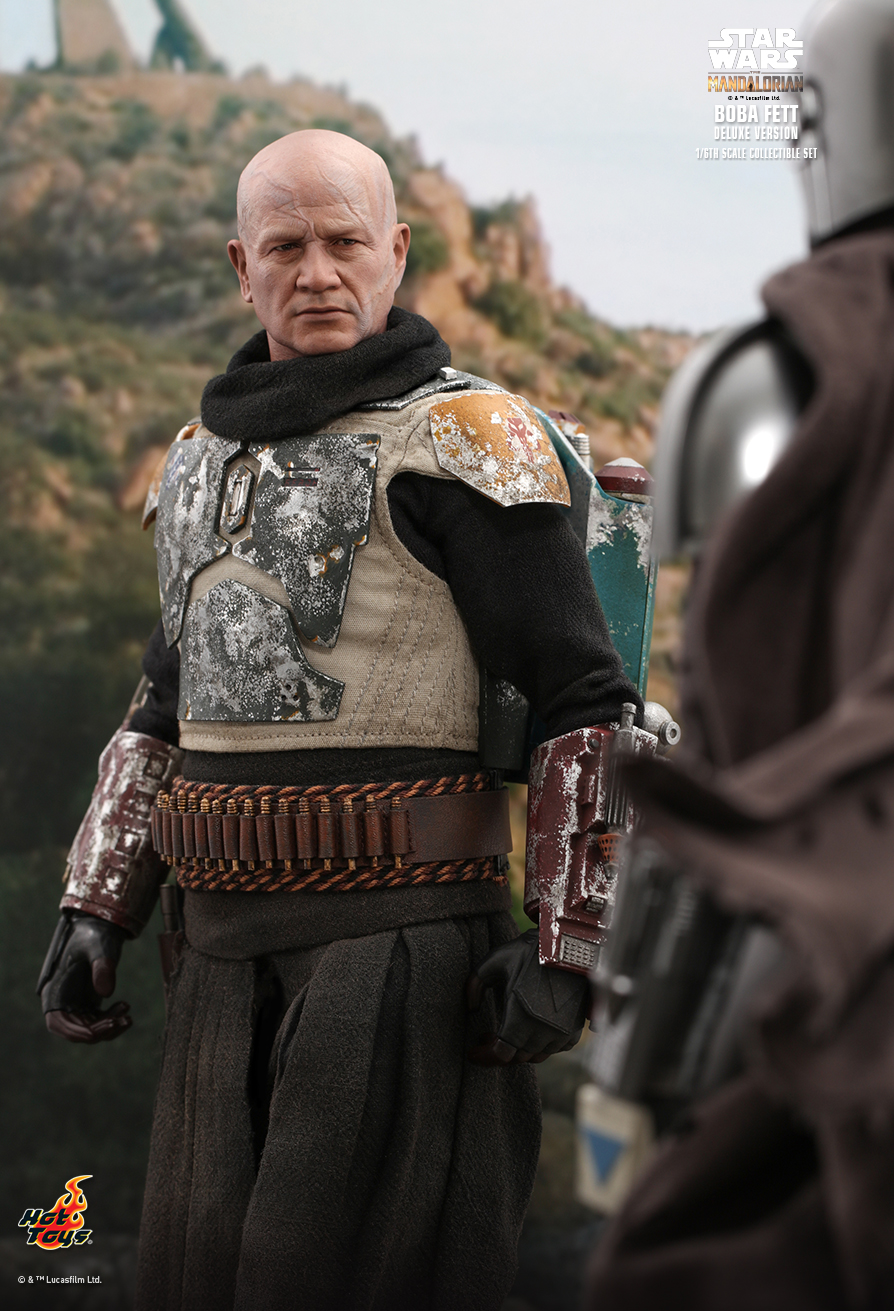 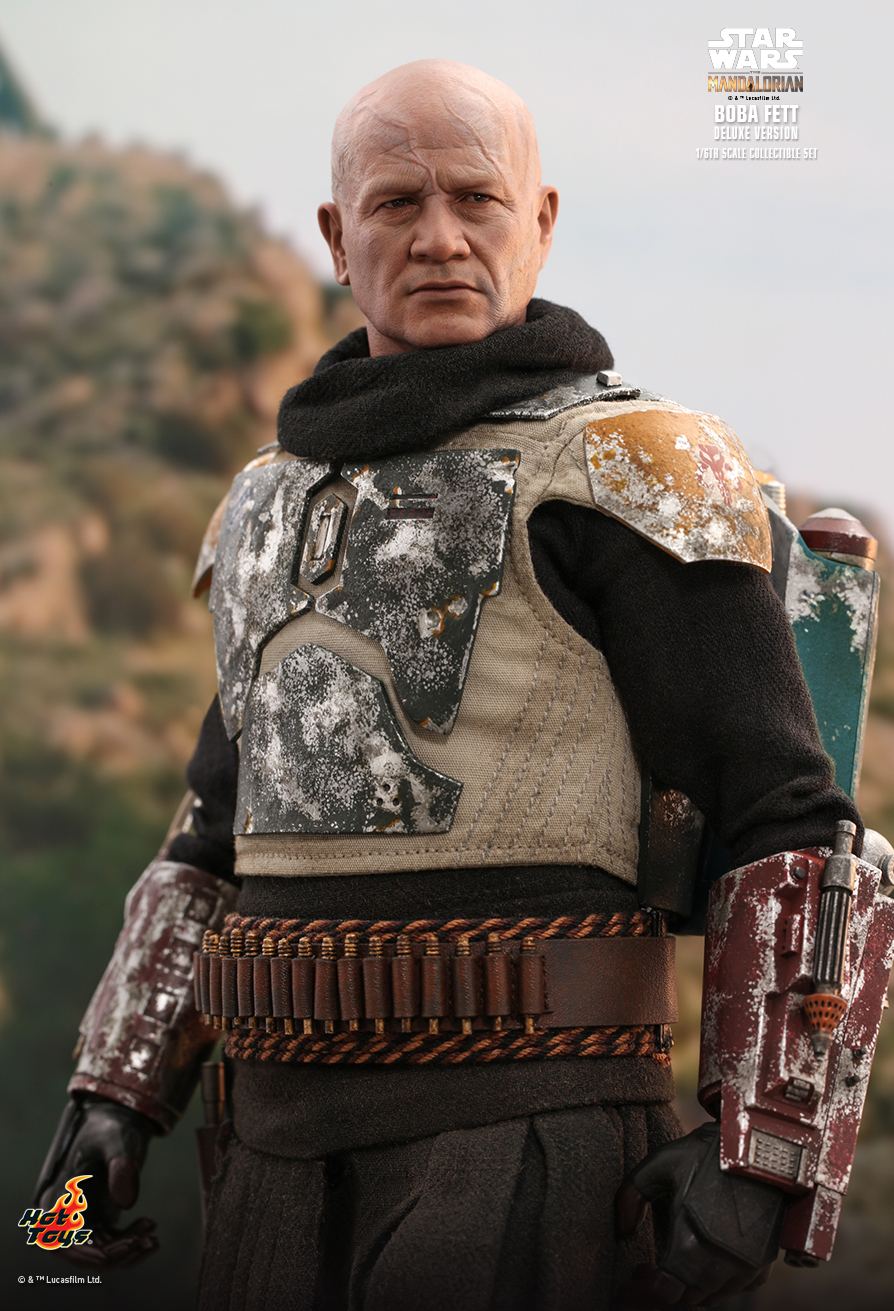 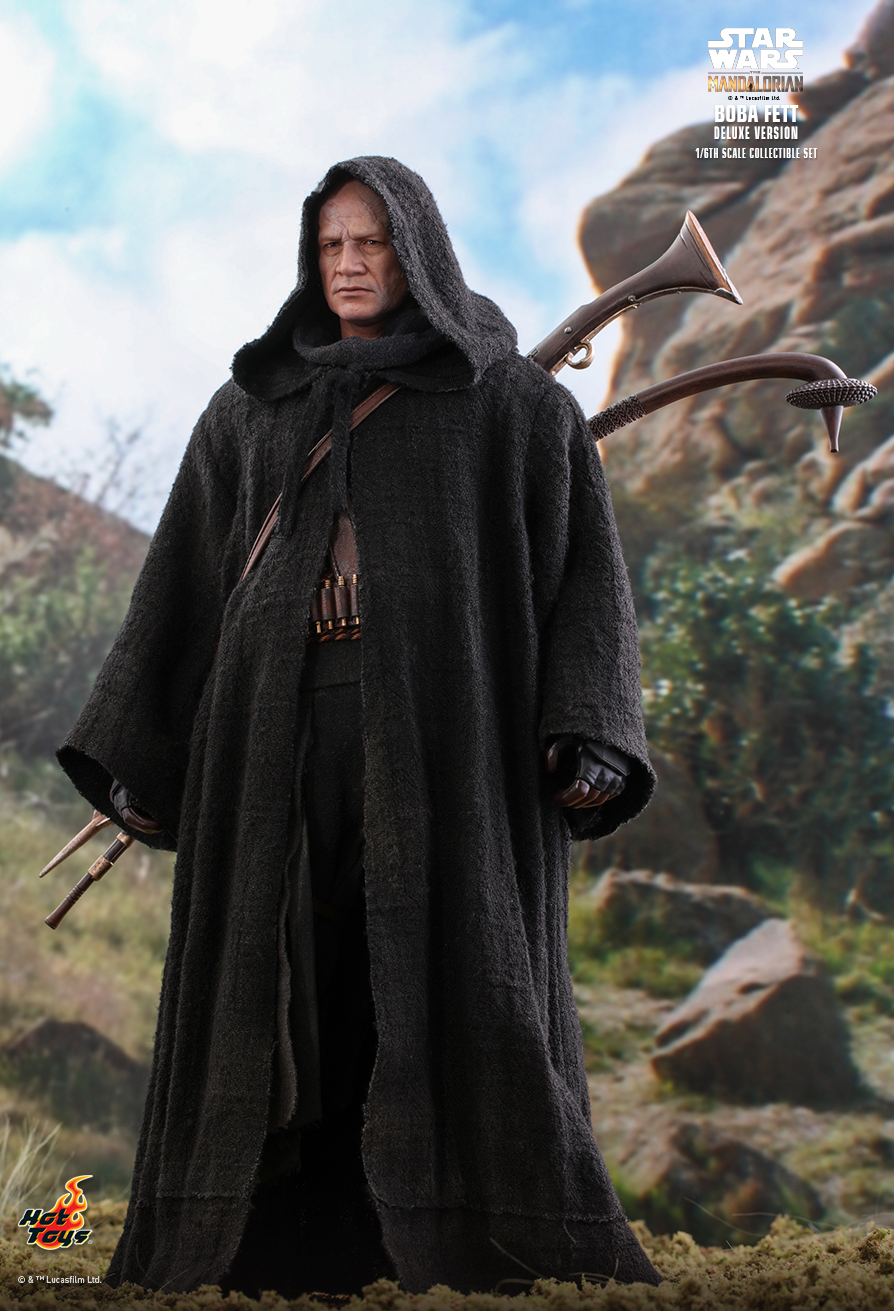 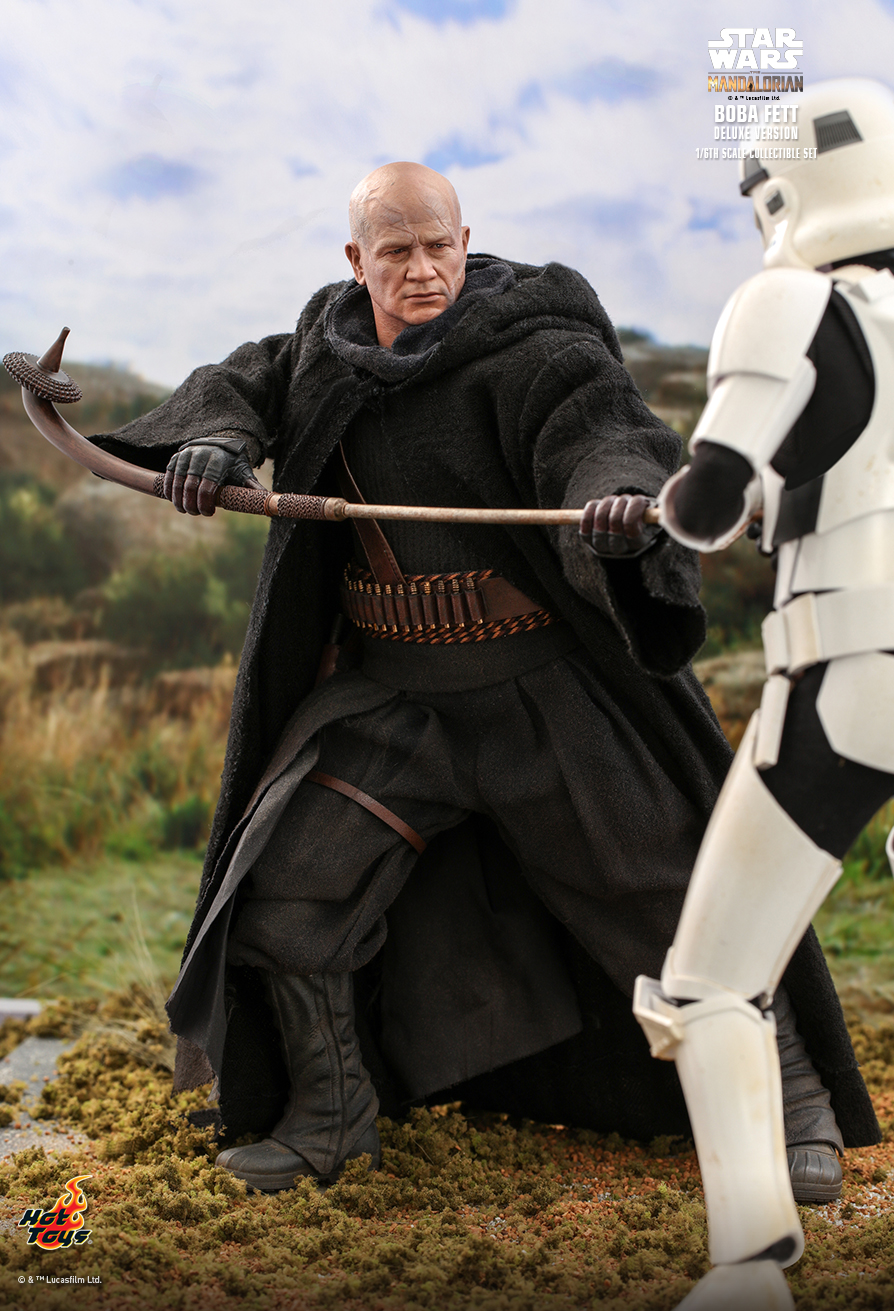 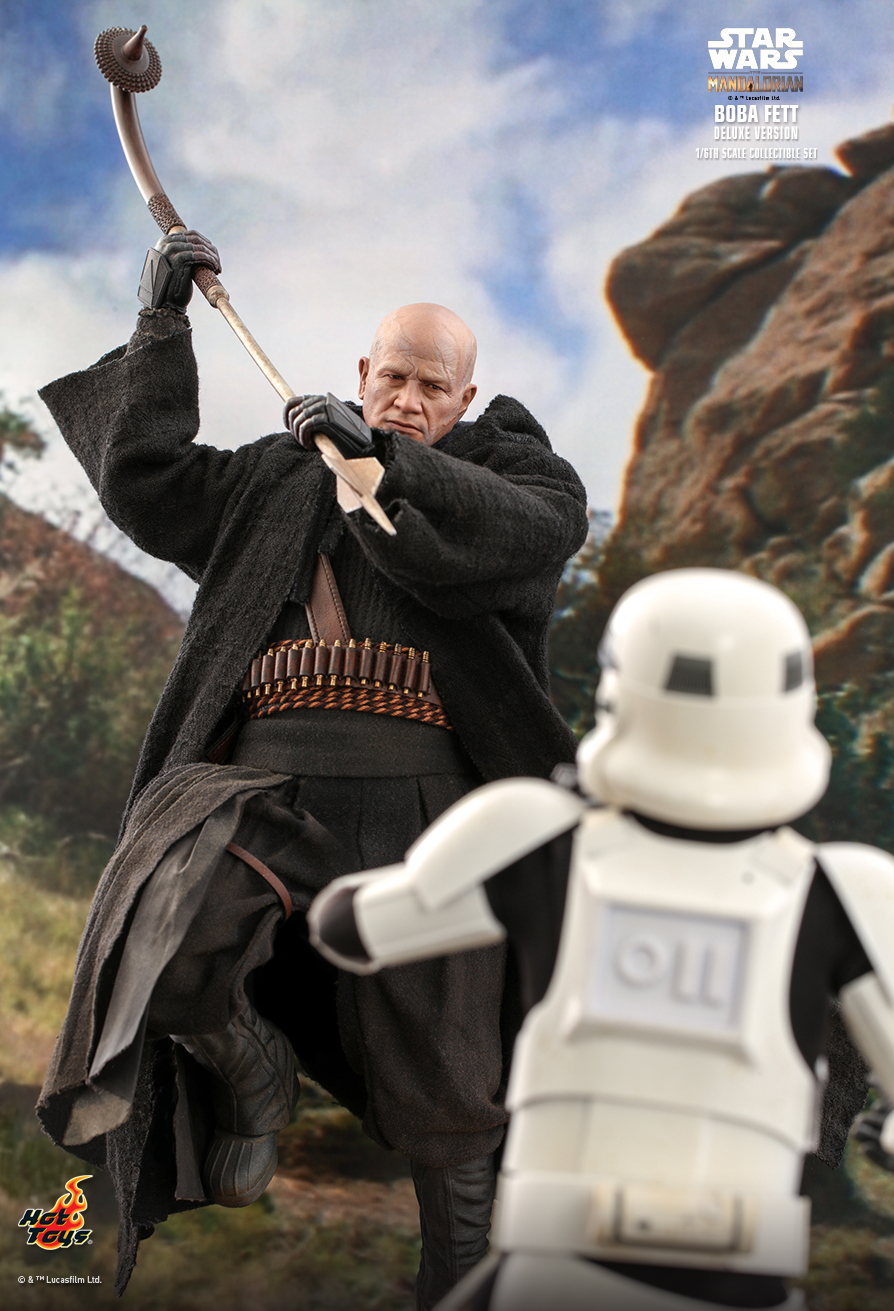 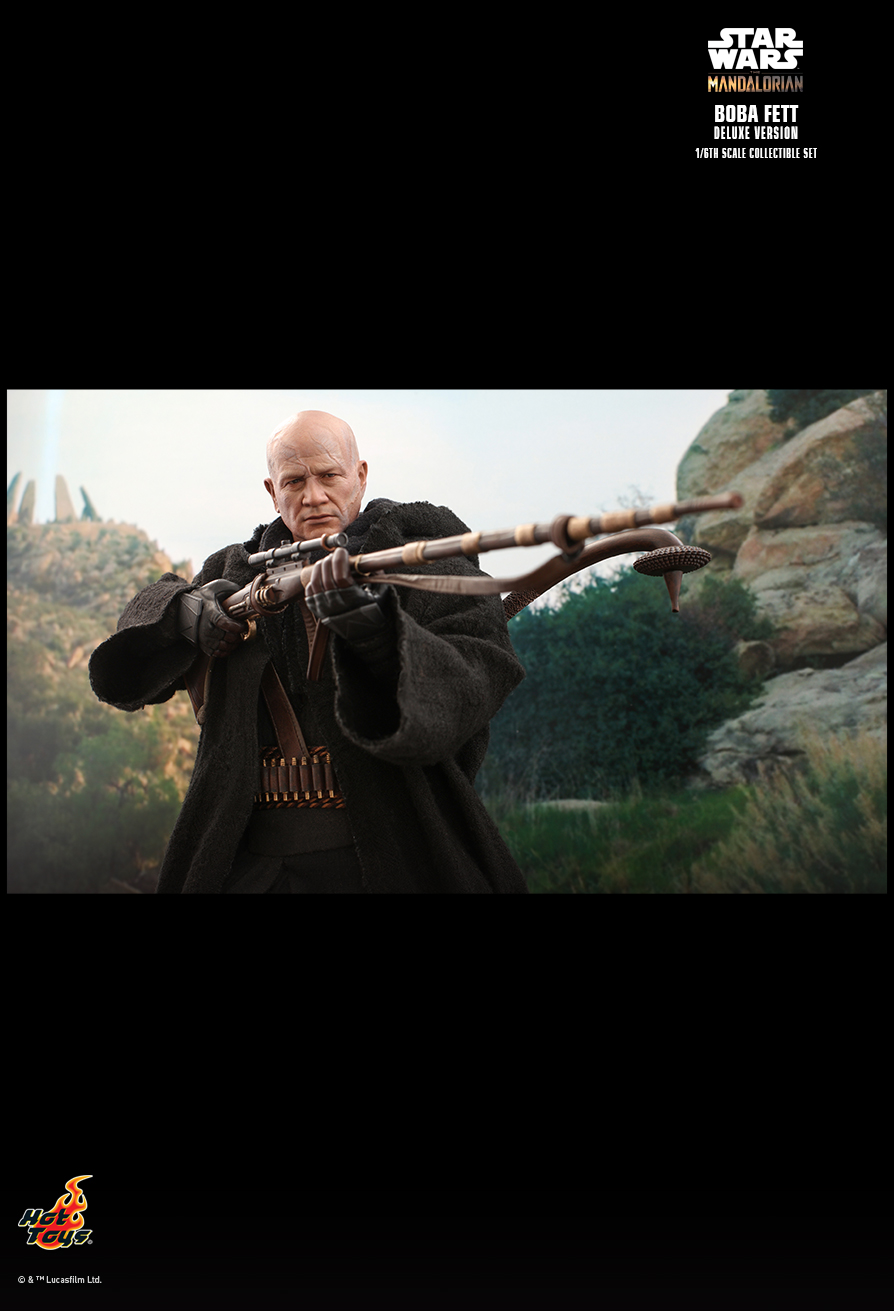 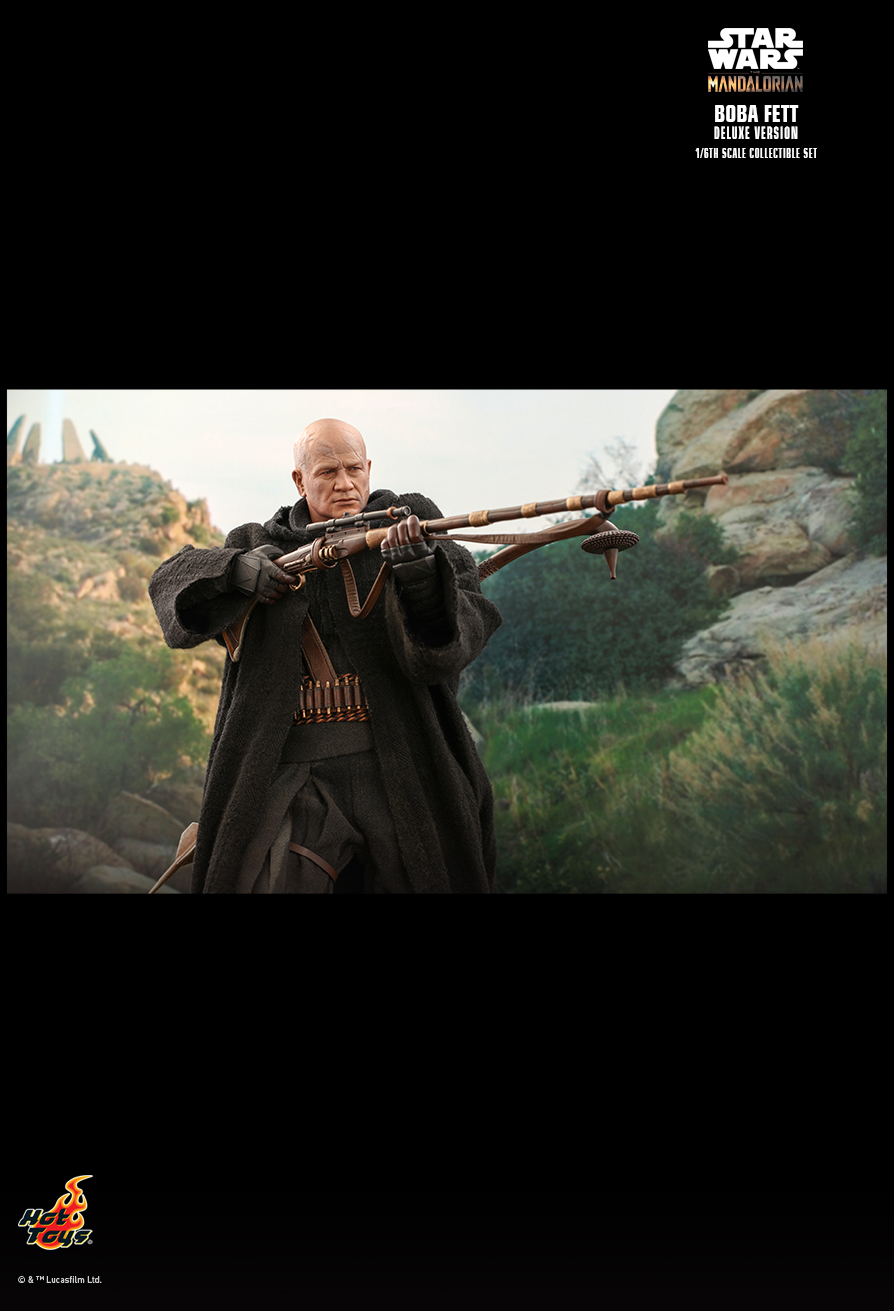 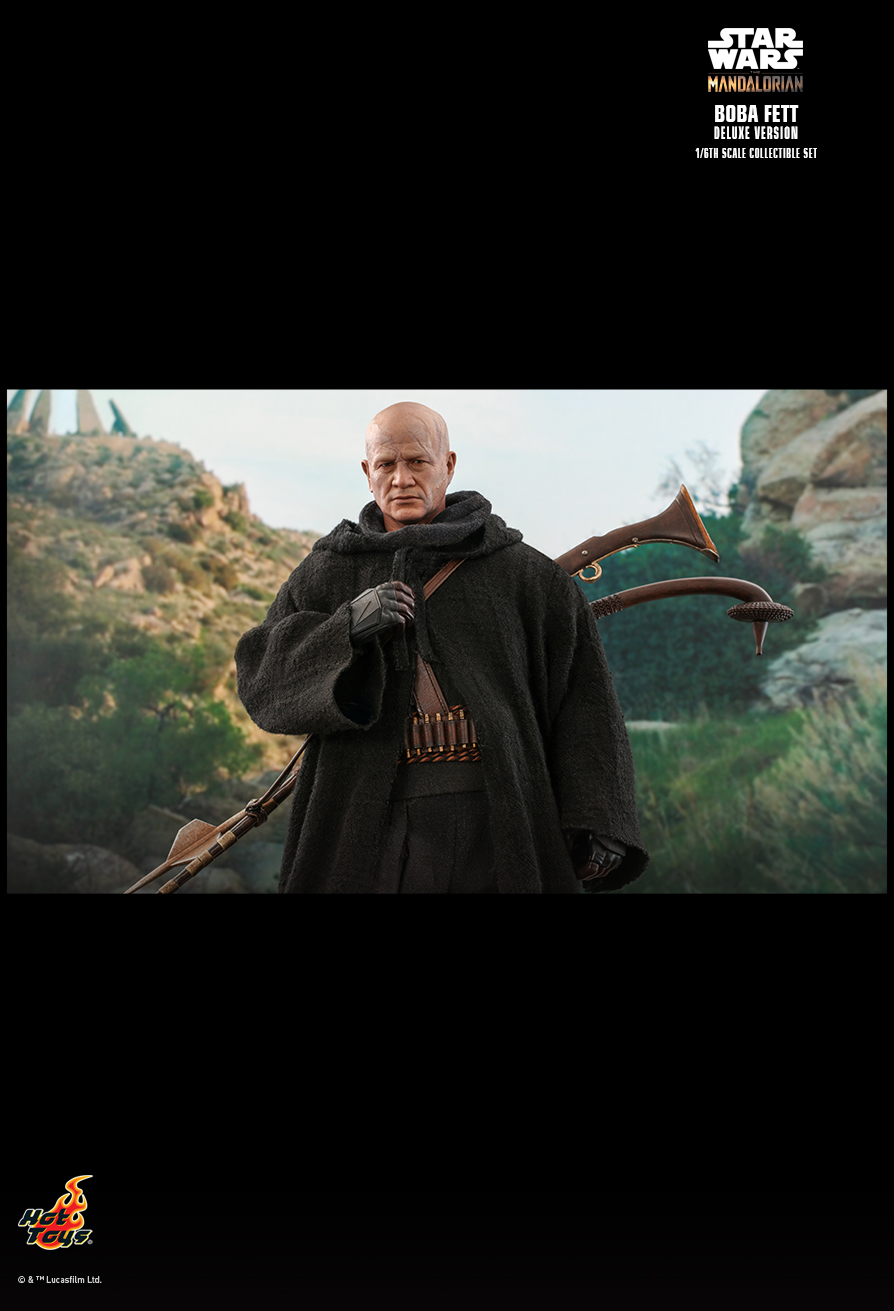 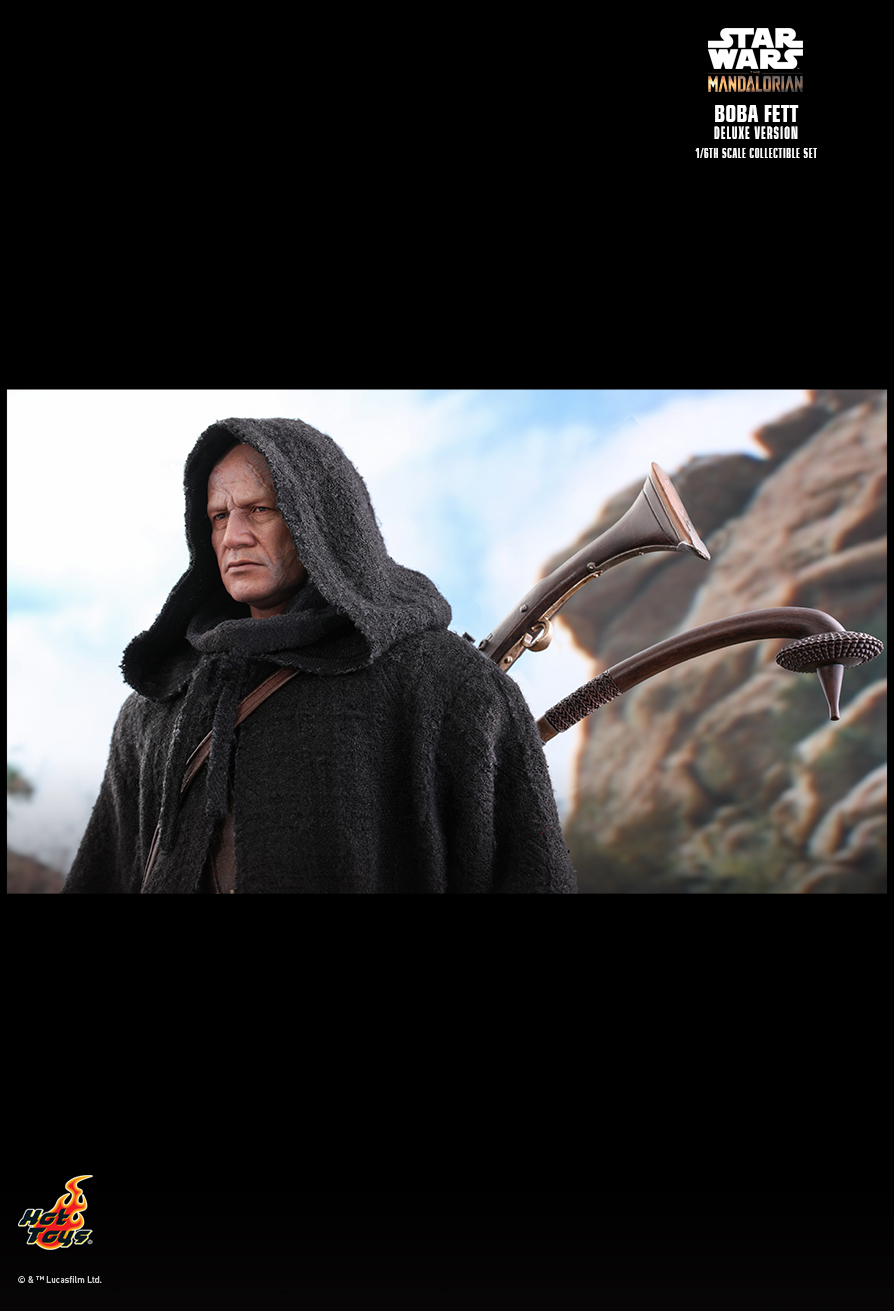 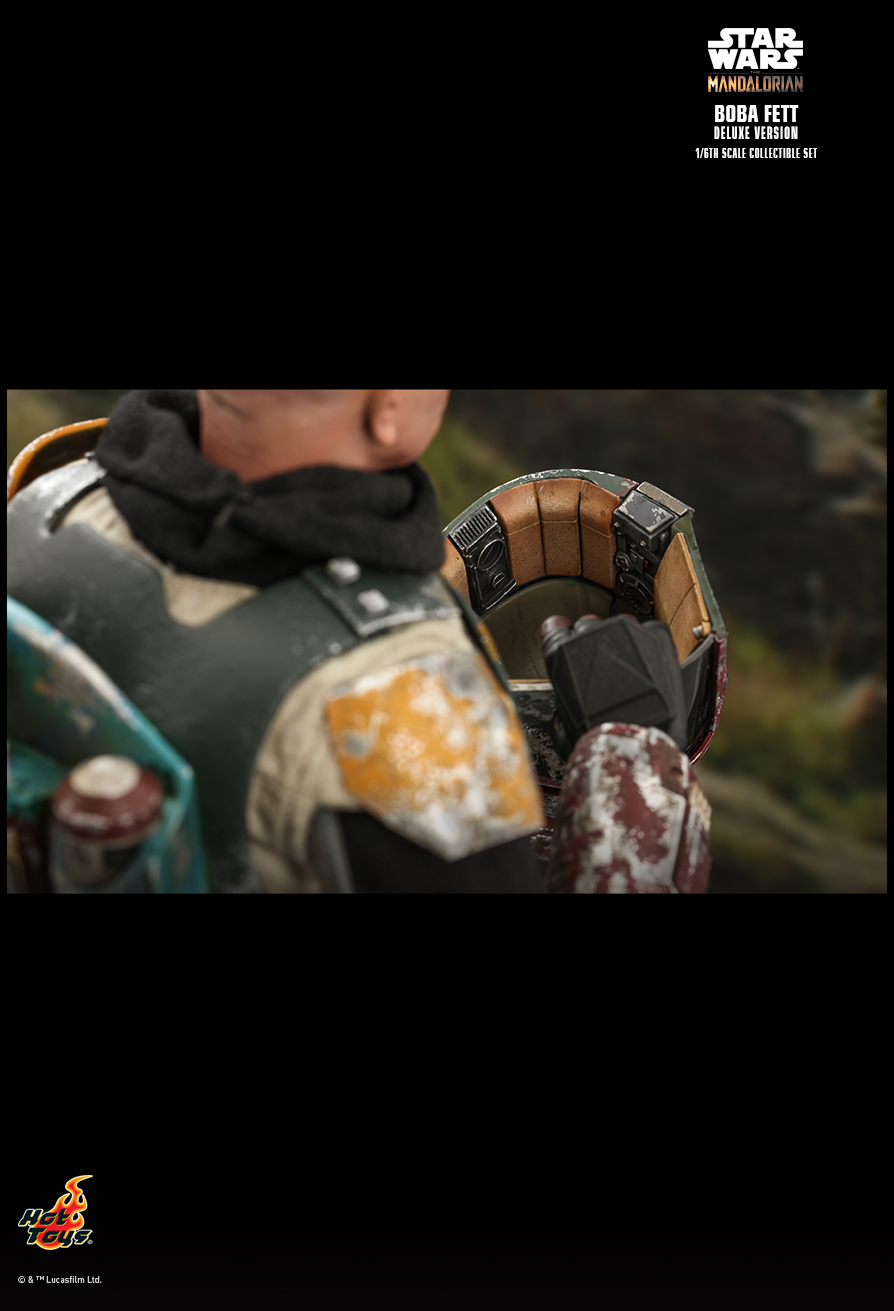 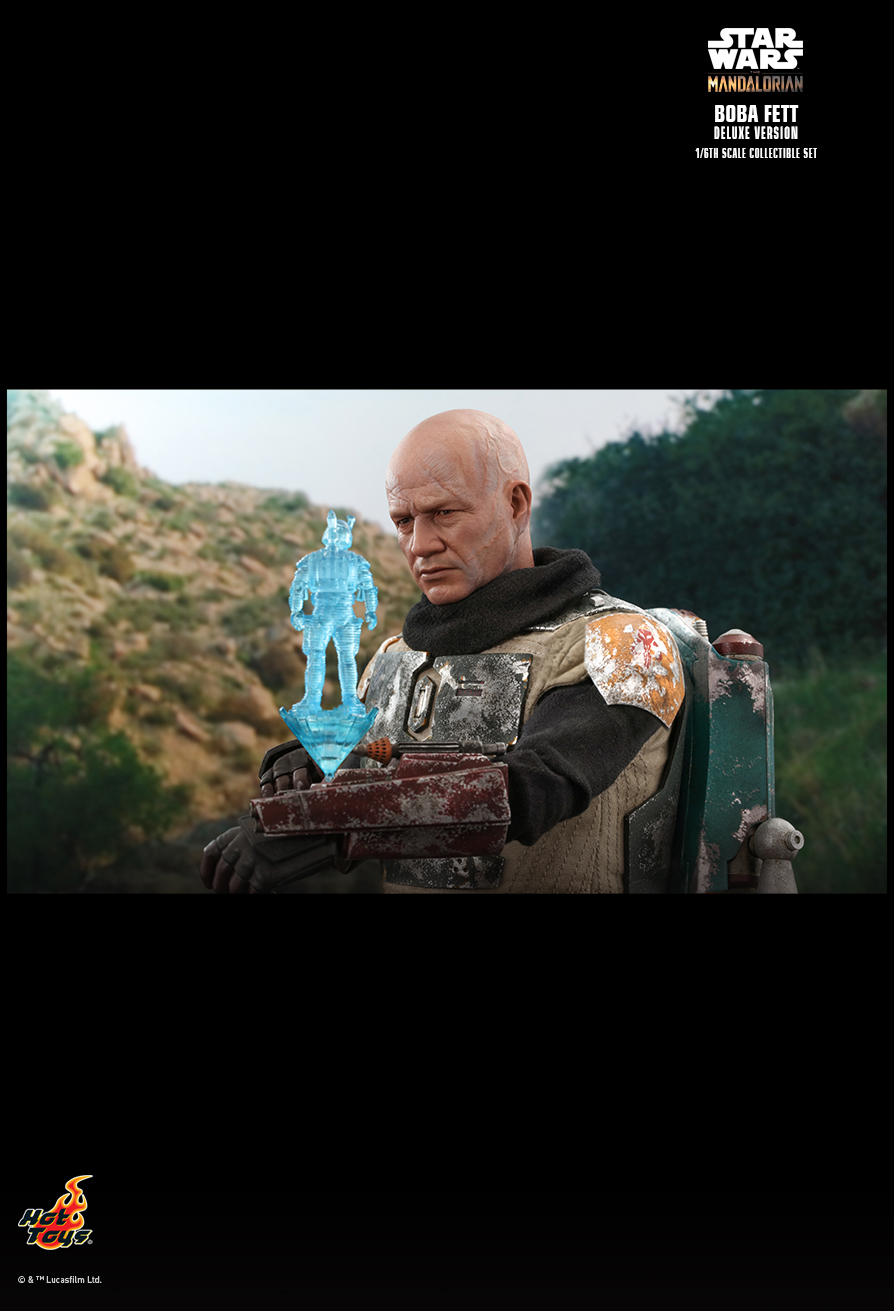 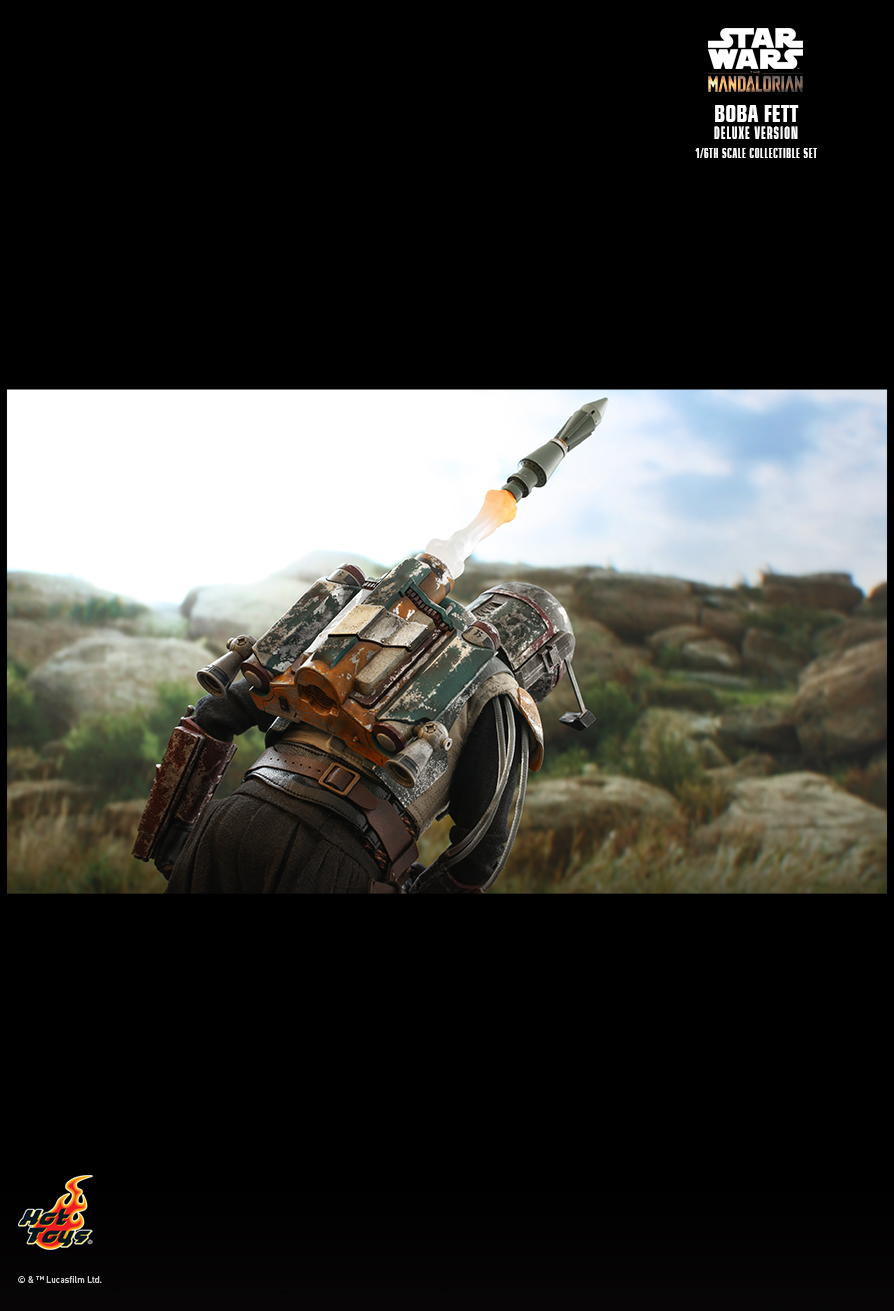 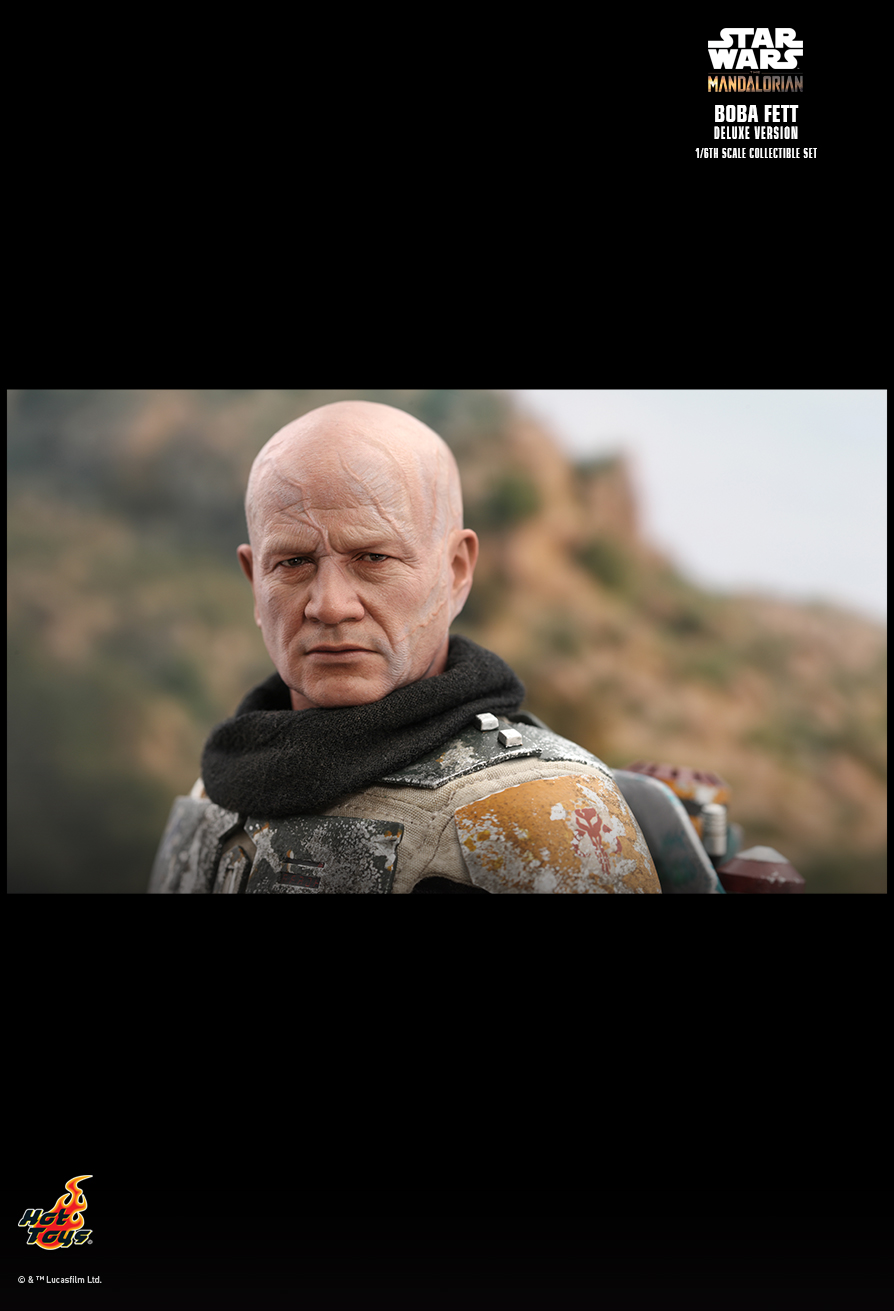 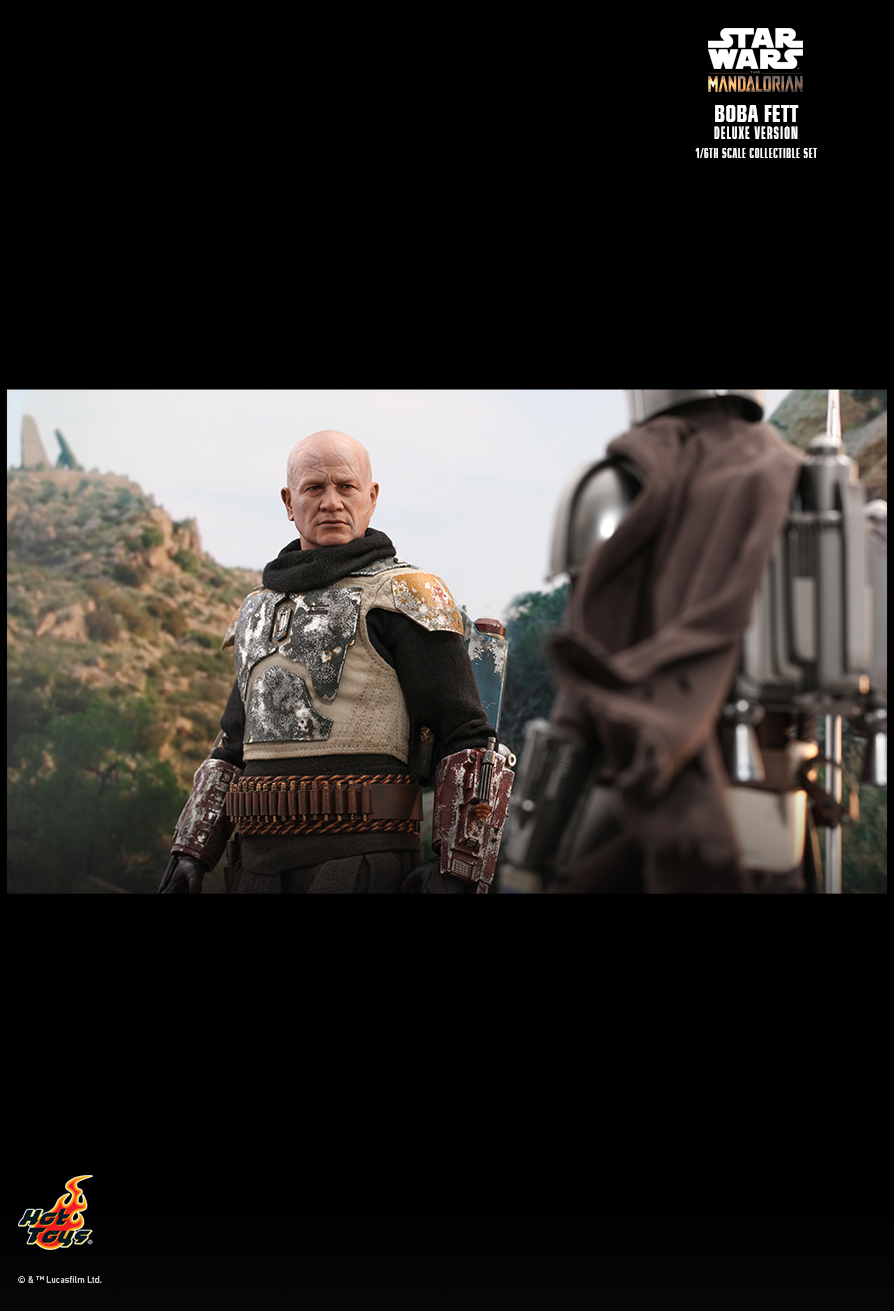 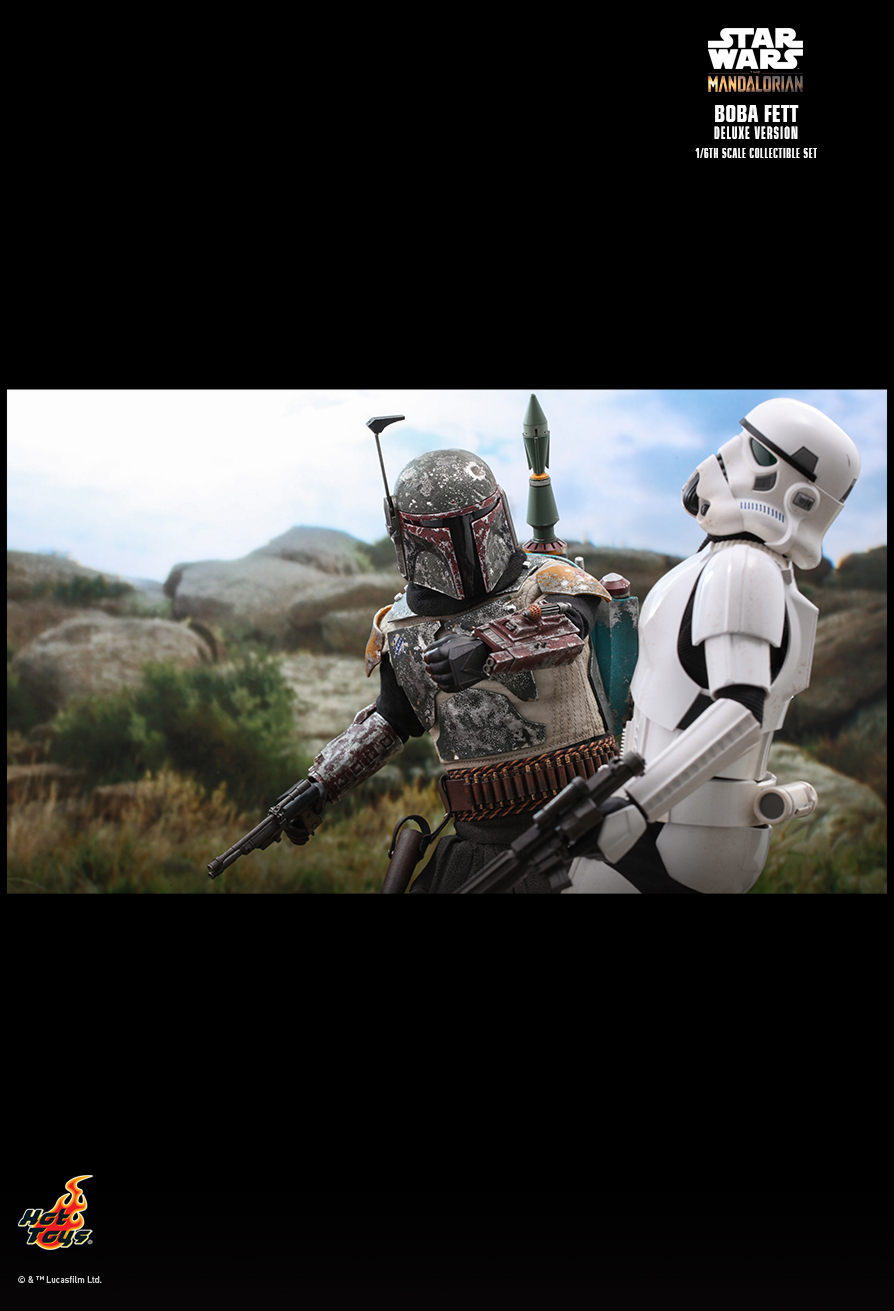 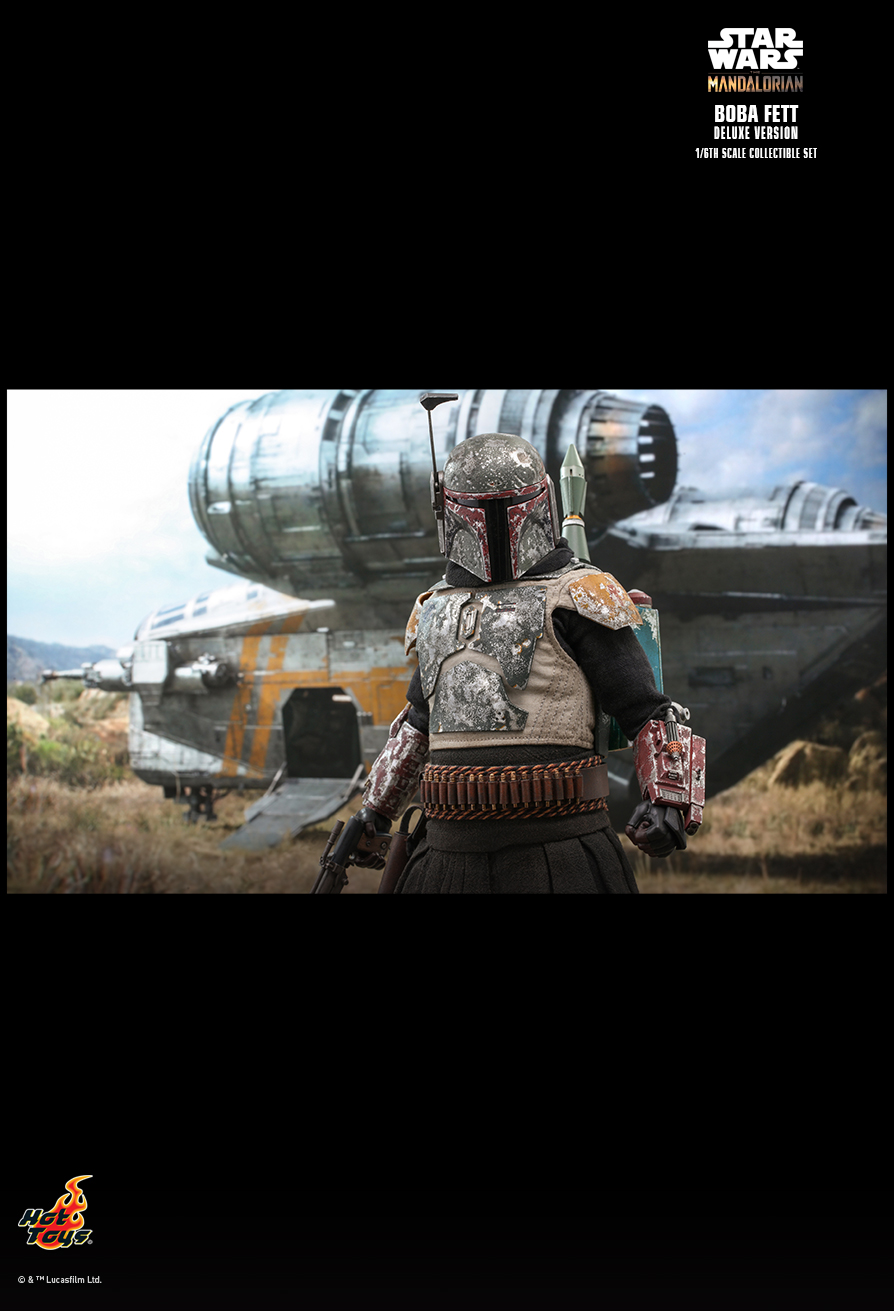 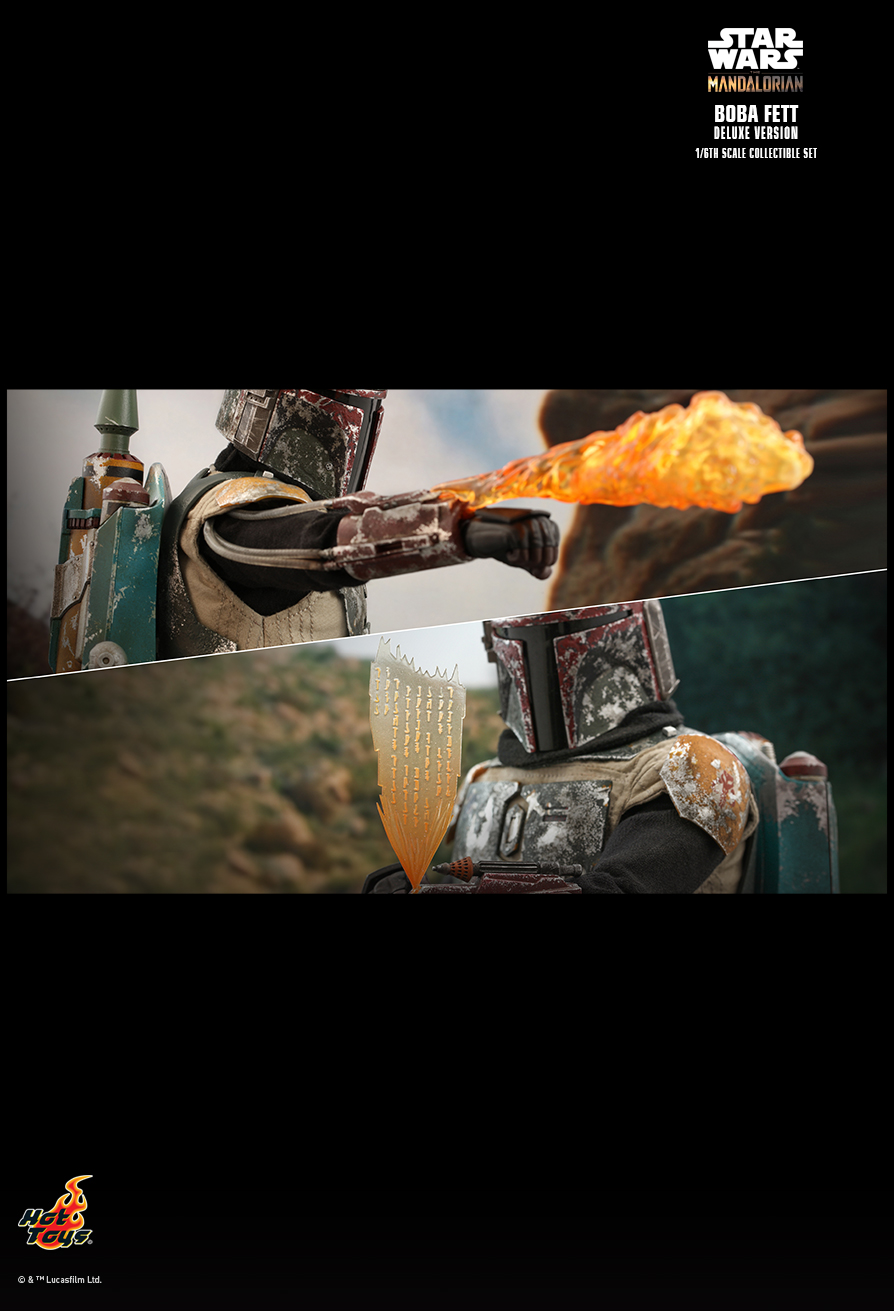 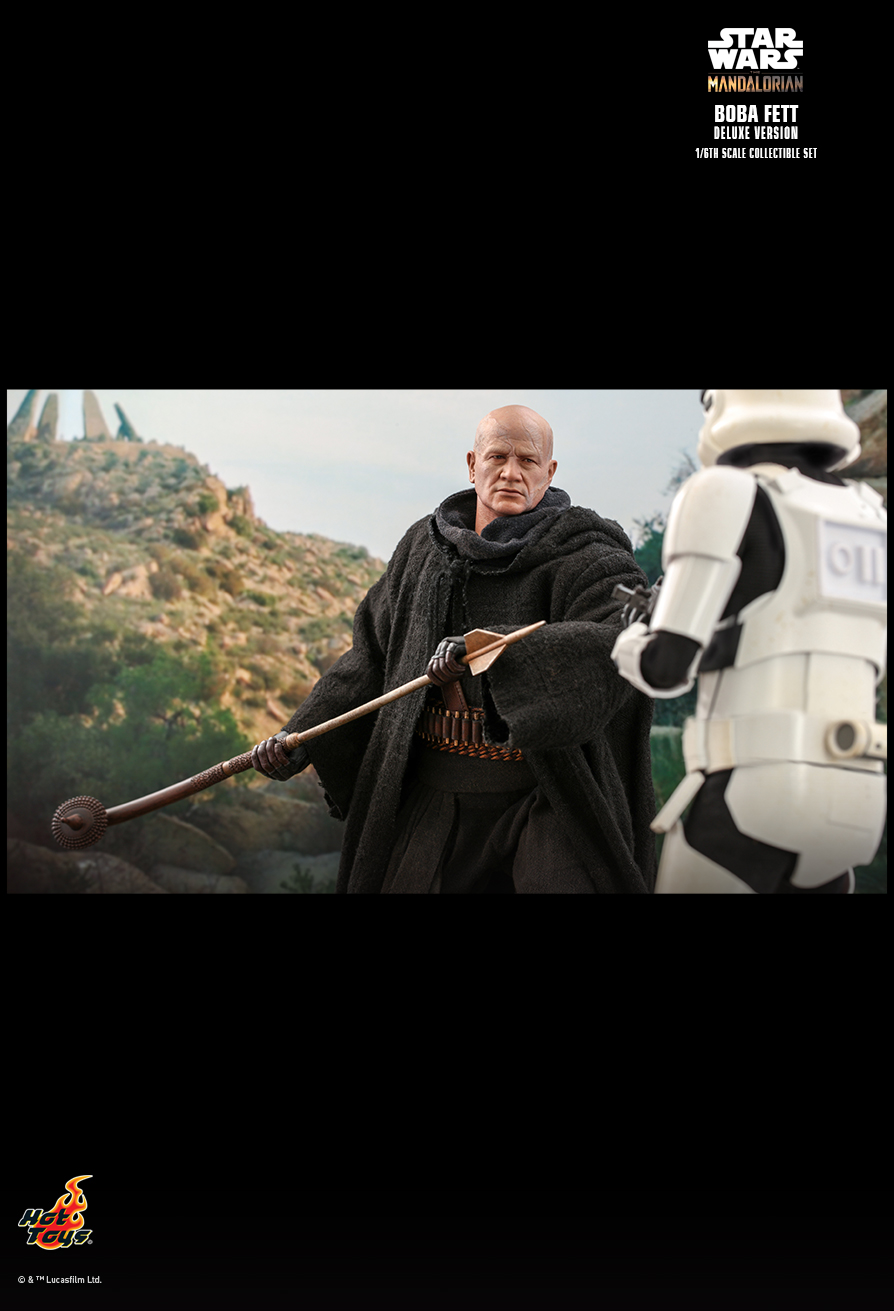 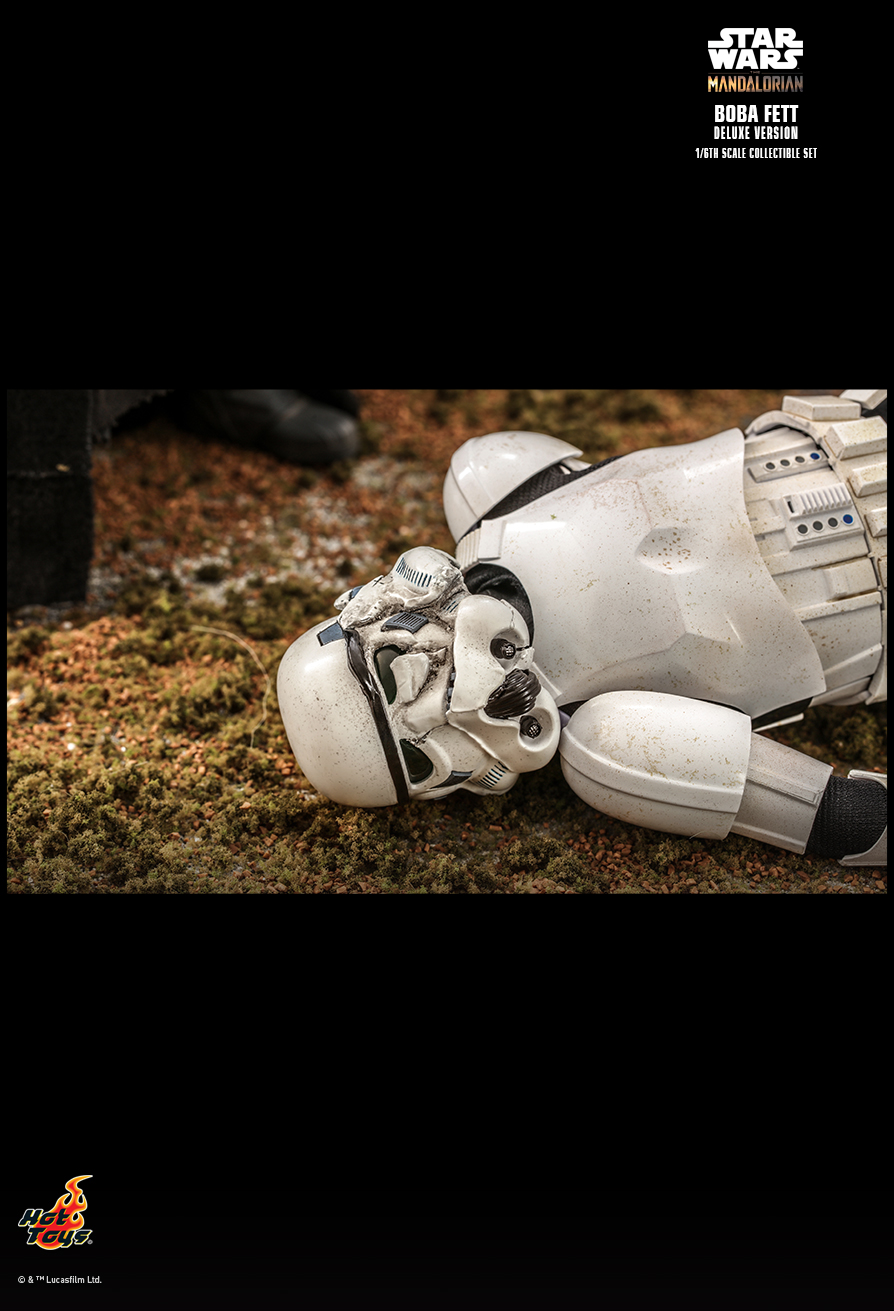 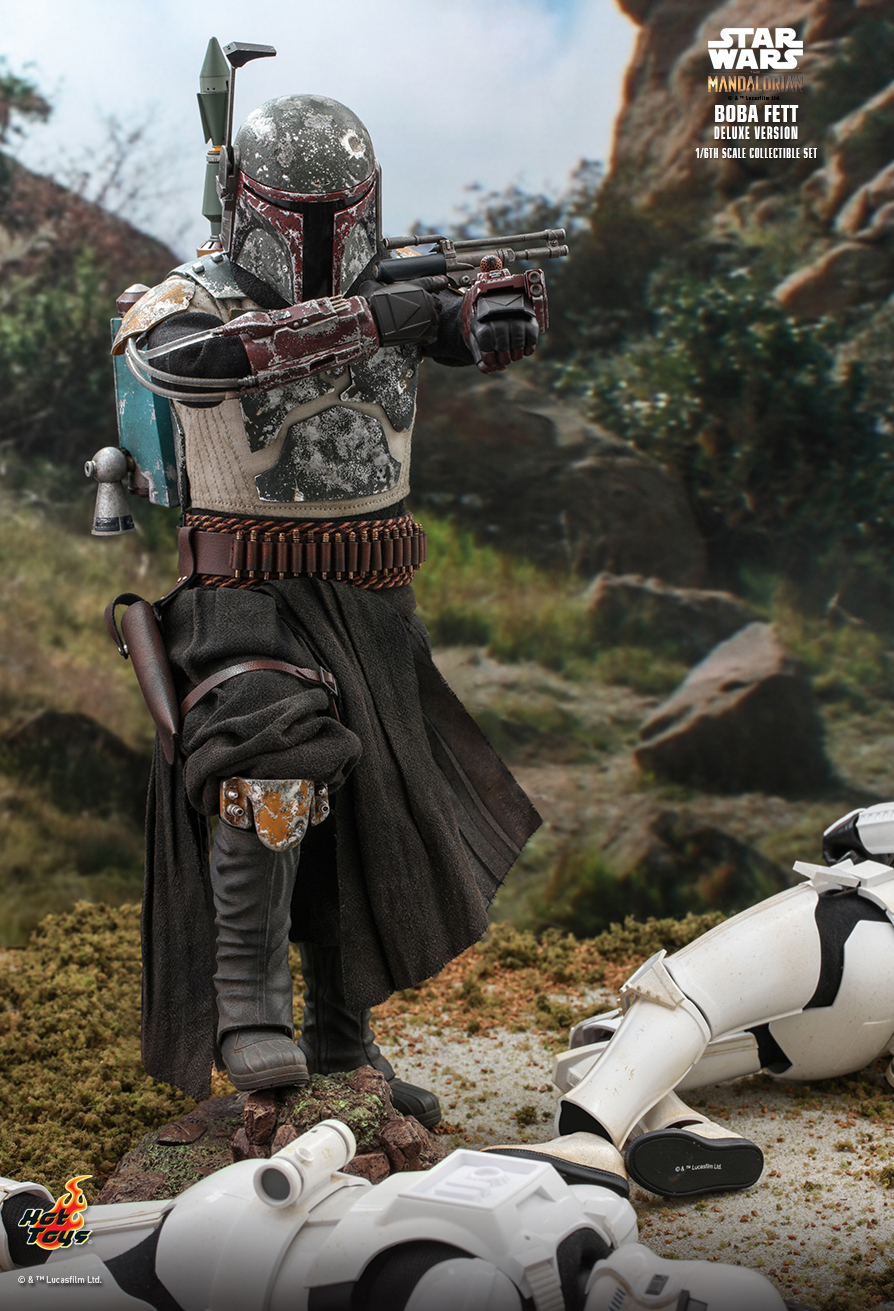 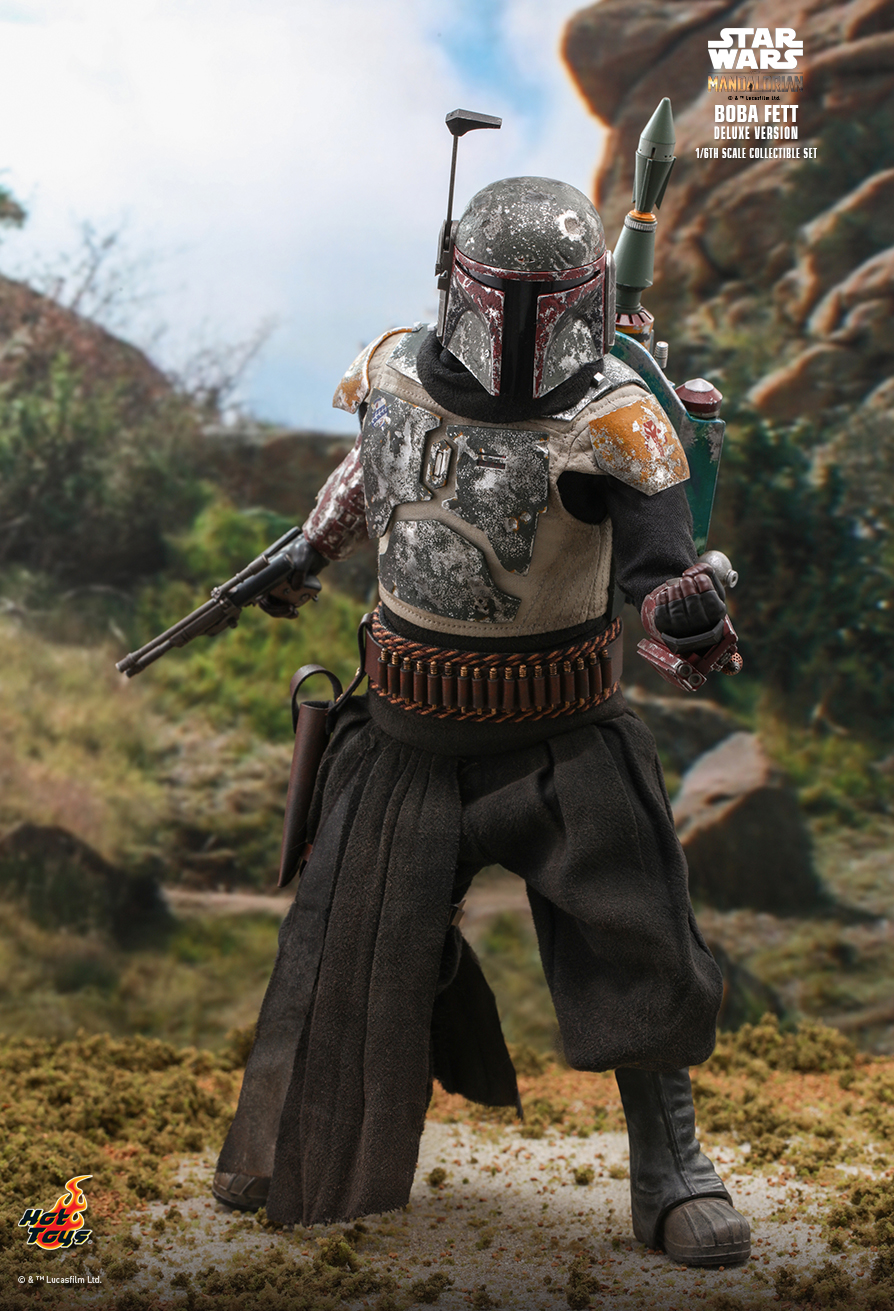 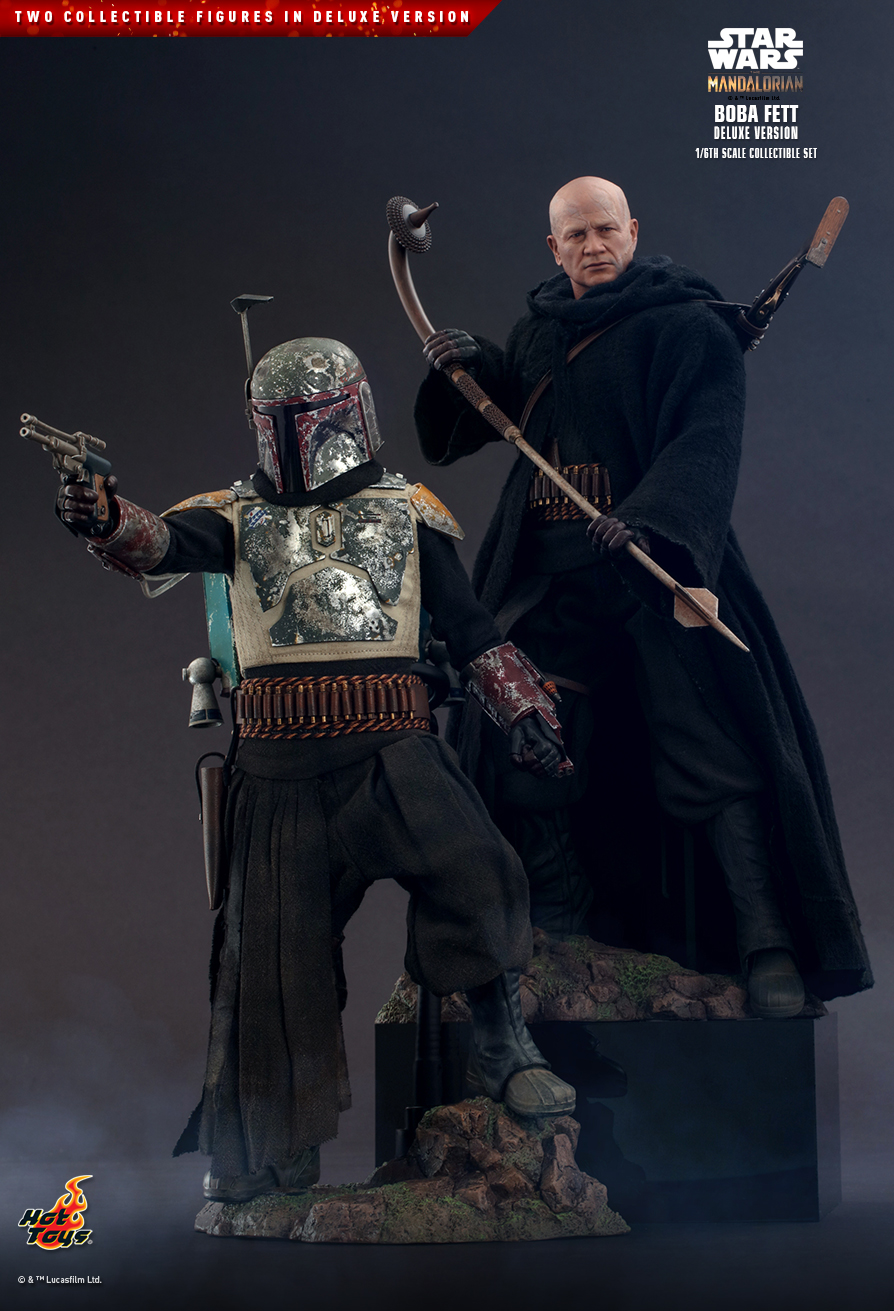 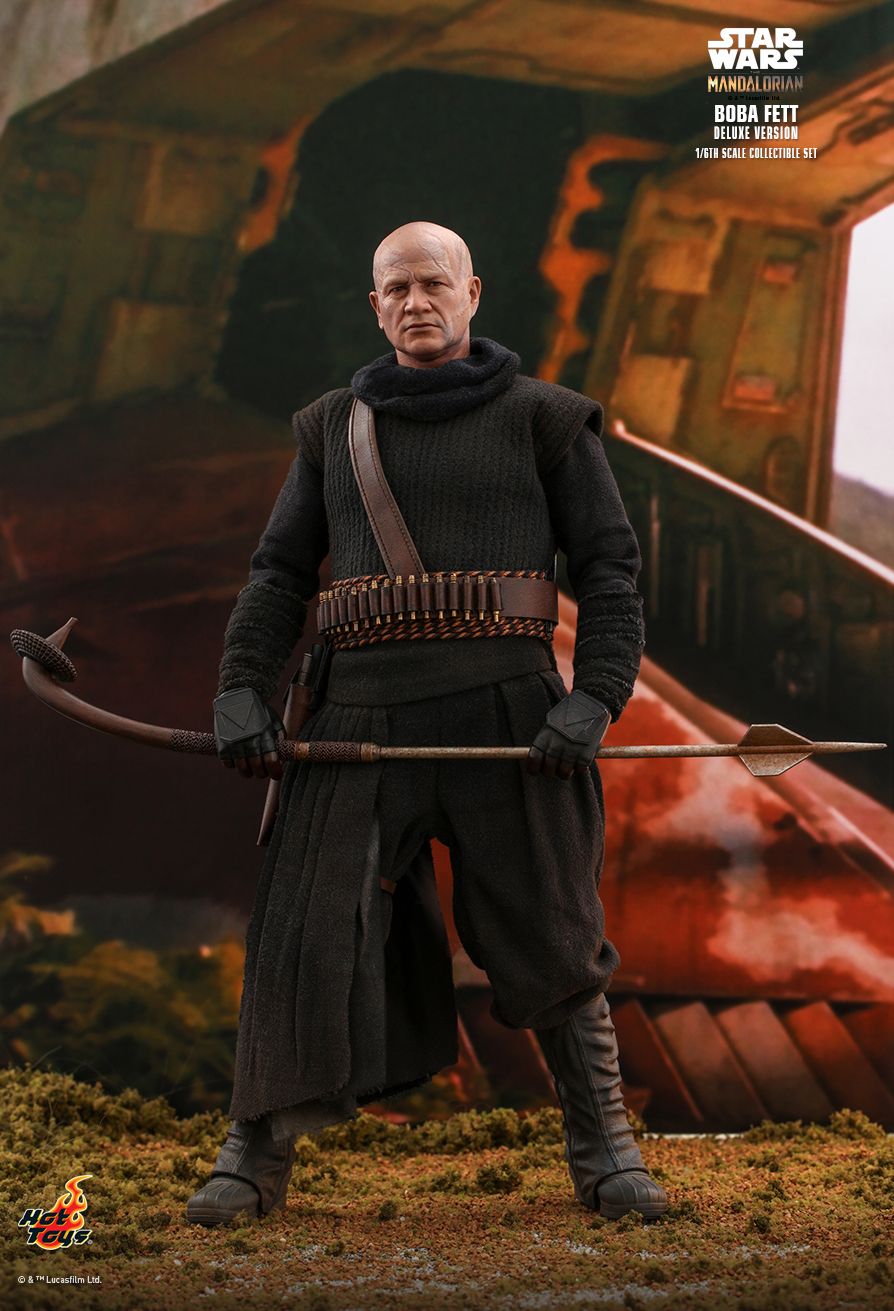 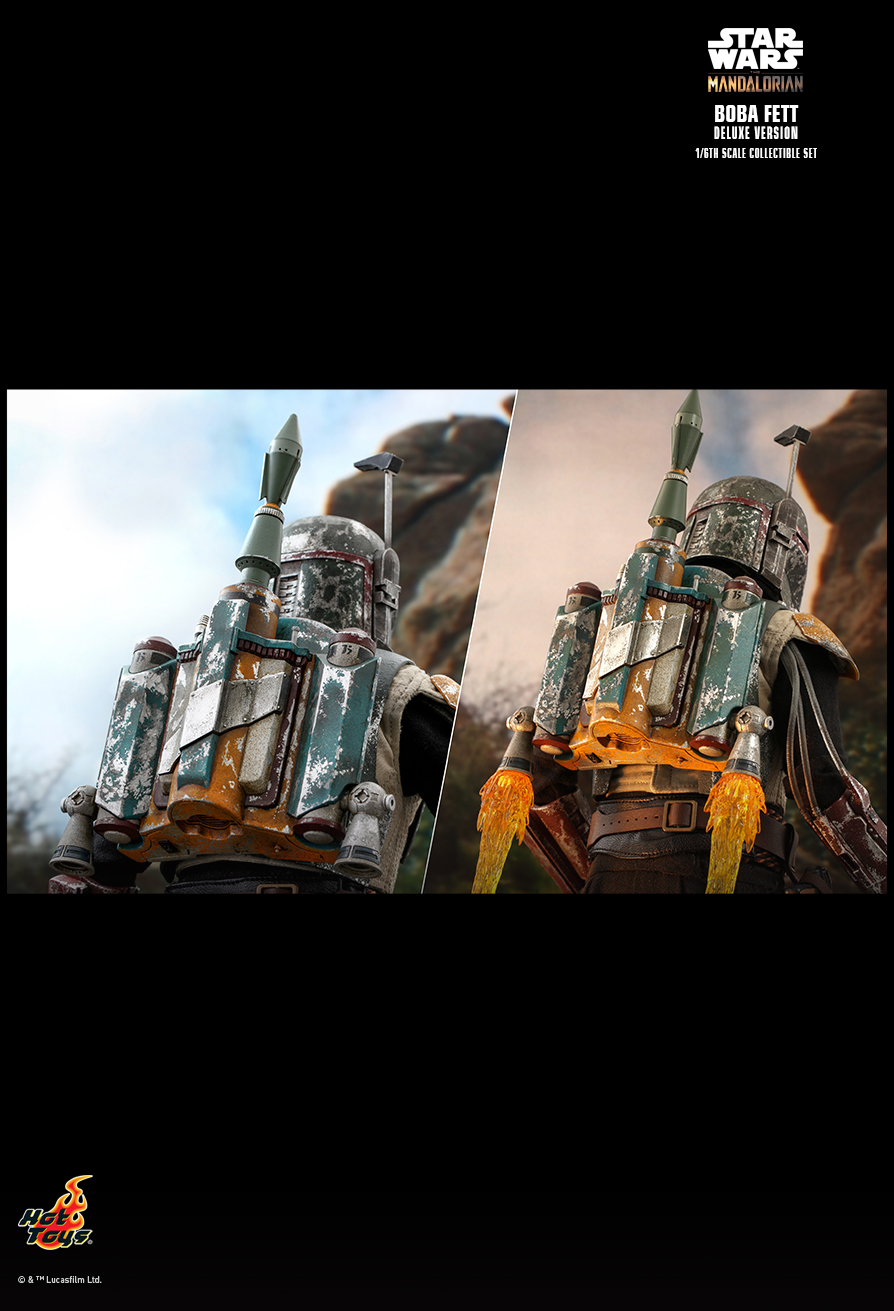 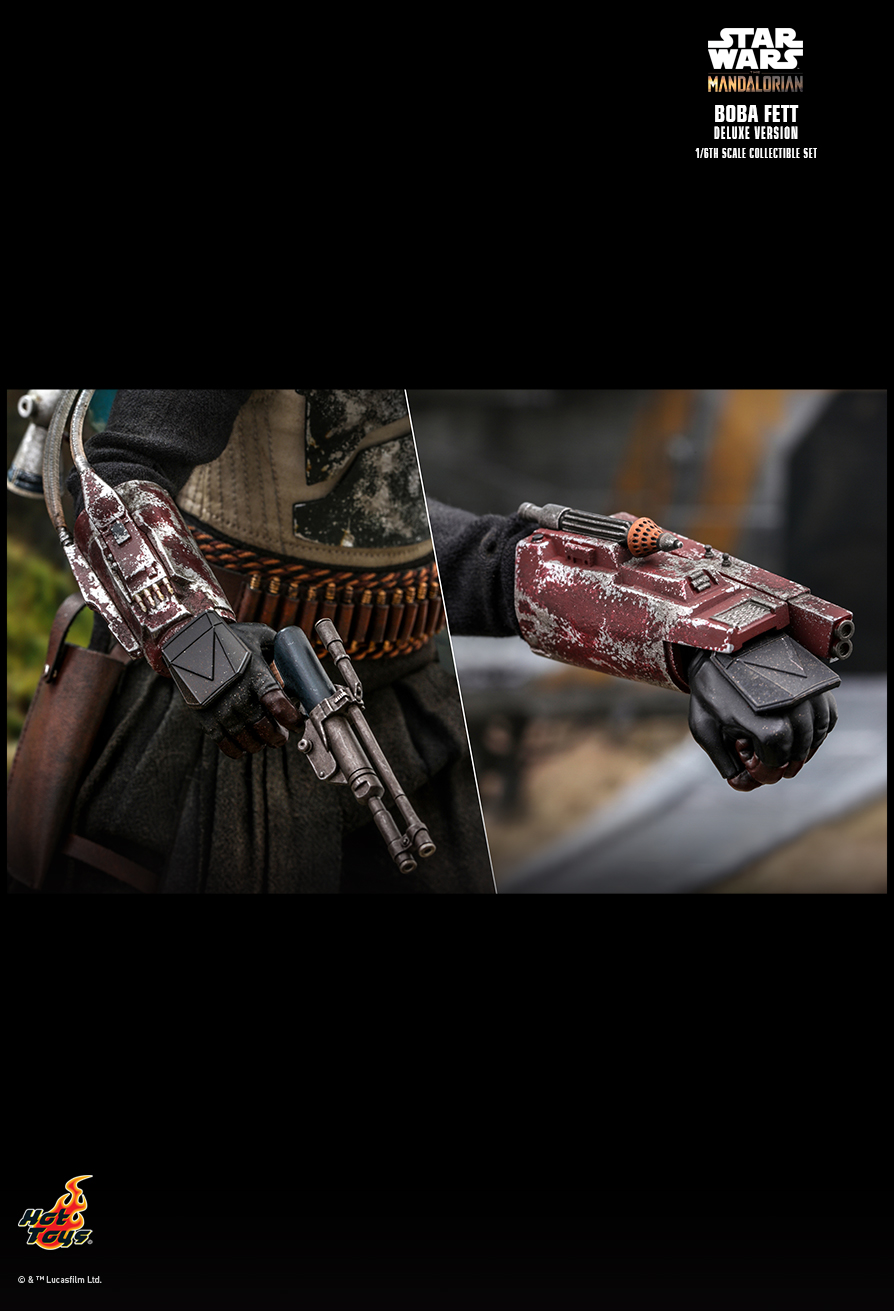 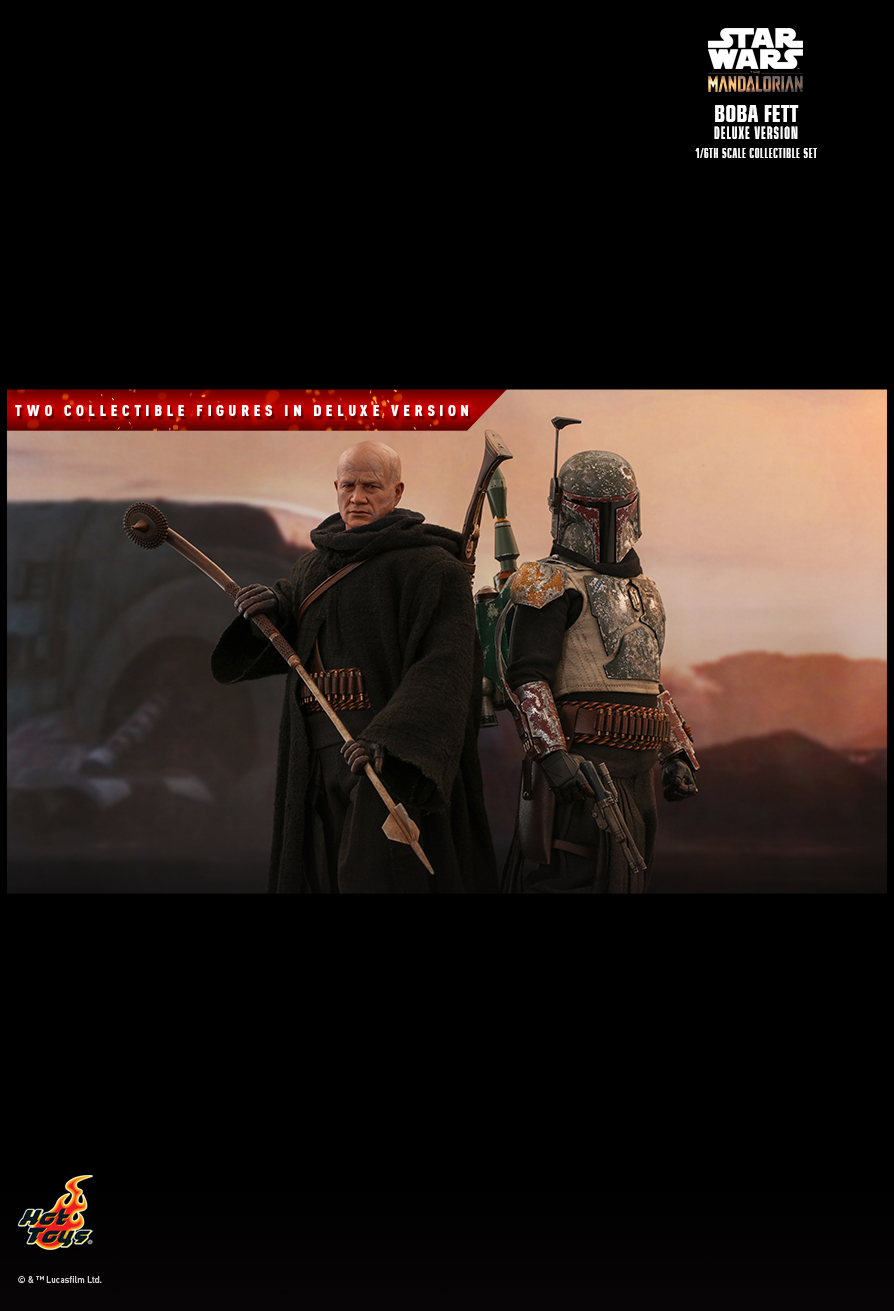 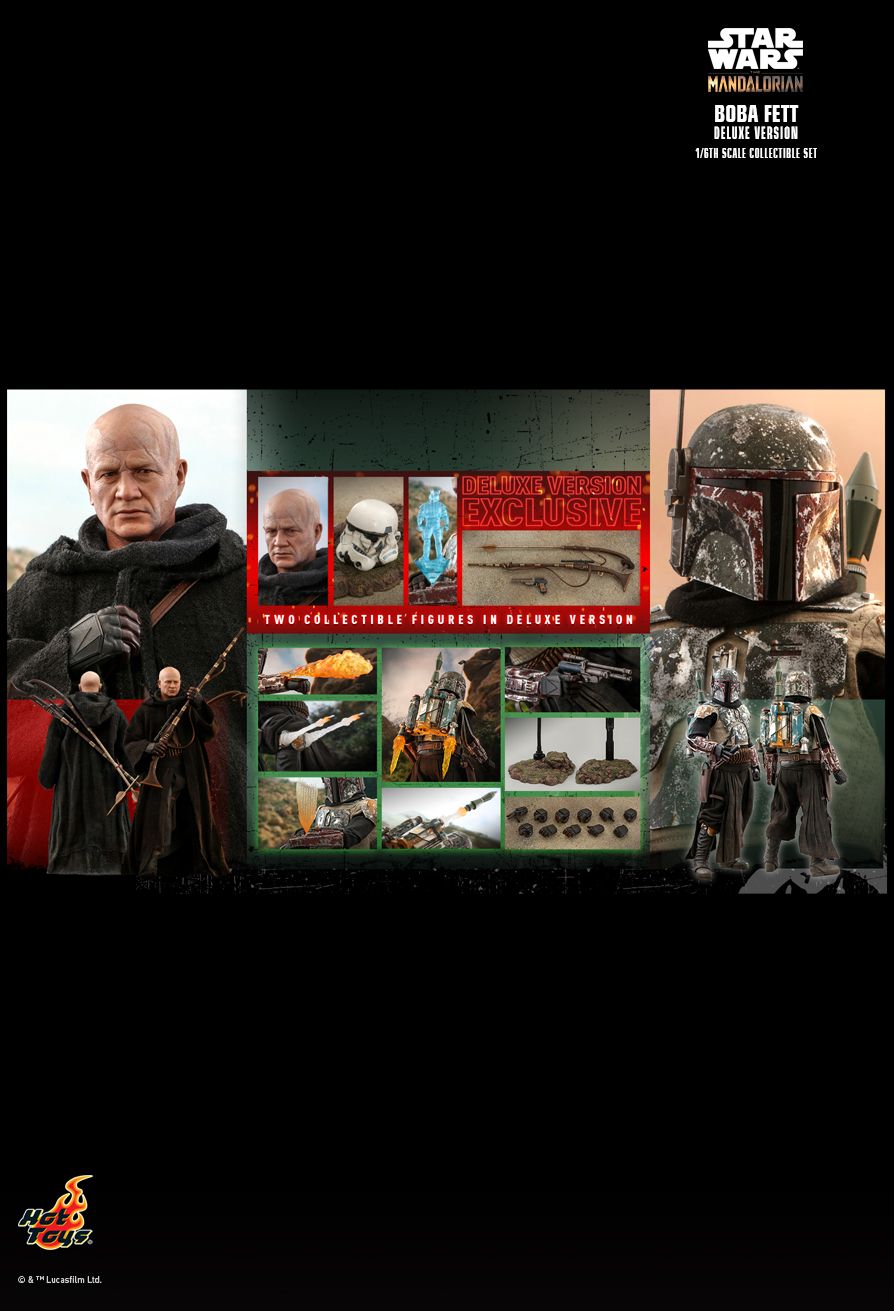 ABOUT THIS SIXTH SCALE FIGURE SET

“I'm a simple man making his way through the galaxy. Like my father before me.”

Star Wars fans were overjoyed to witness the return of Boba Fett, one of the most feared characters in the Star Wars galaxy! Thought to have met his demise in the terrifying Sarlacc pit on Tatooine™, Boba Fett is striking back. In exchange for his legacy armor from the possession of the Mandalorian, Boba Fett ensured the Child’s safety and proved to be a formidable ally in Din Djarin’s™ rescue of the mysterious alien foundling.

Hot Toys is elated to expand The Mandalorian collectible series and proudly presents the Boba Fett (Deluxe Version) Sixth Scale Collectible Set featuring the appearance of the formidable bounty hunter in a black robe and in his iconic armor!

The Boba Fett collectible figure set (Deluxe Version) from The Mandalorian will be a legendary enhancement to any Star Wars collection! 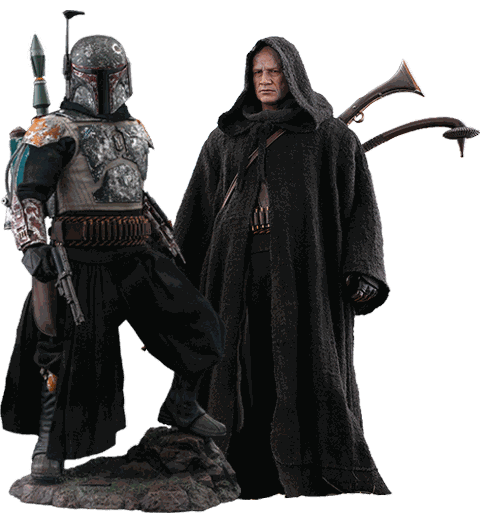