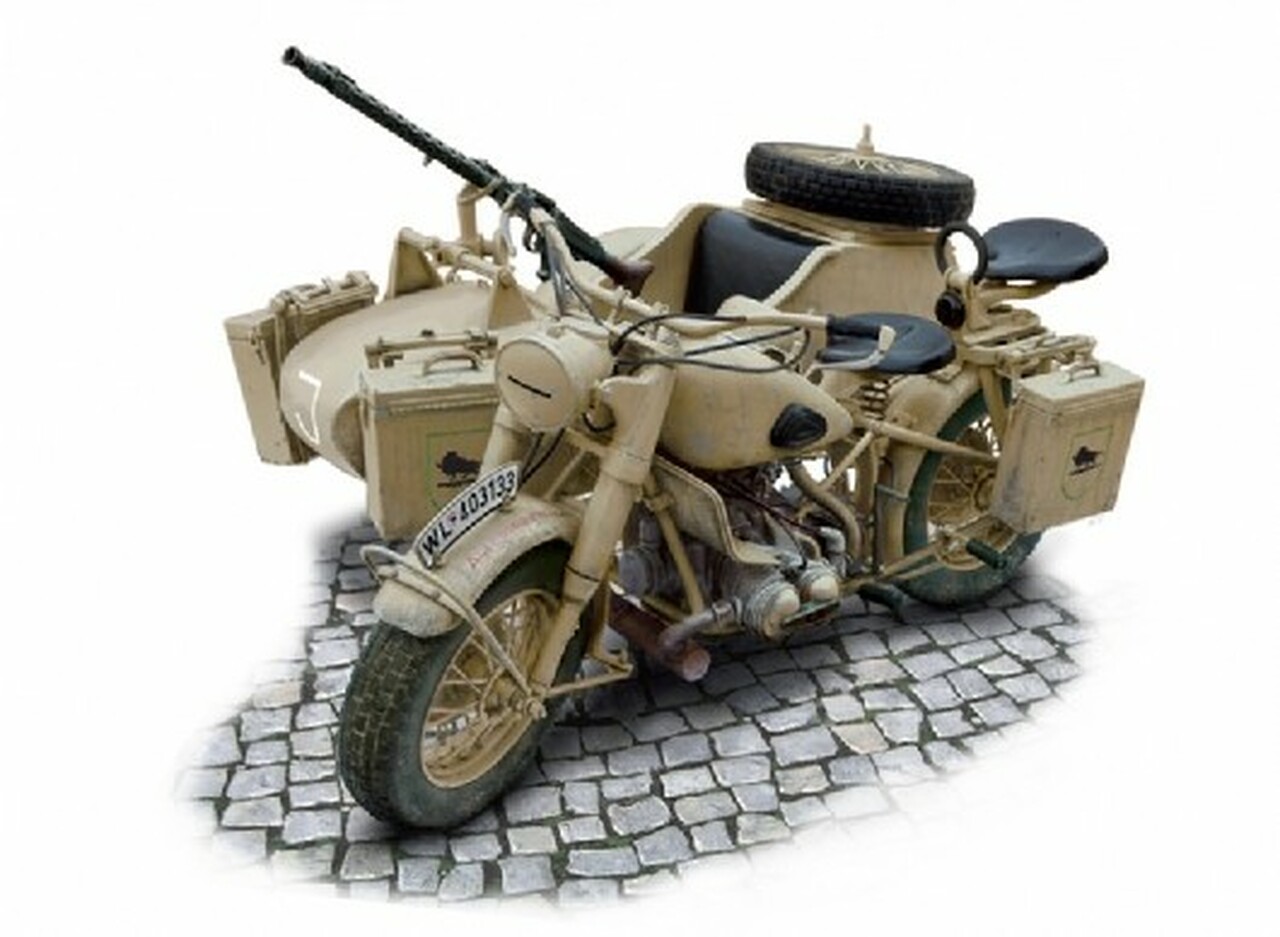 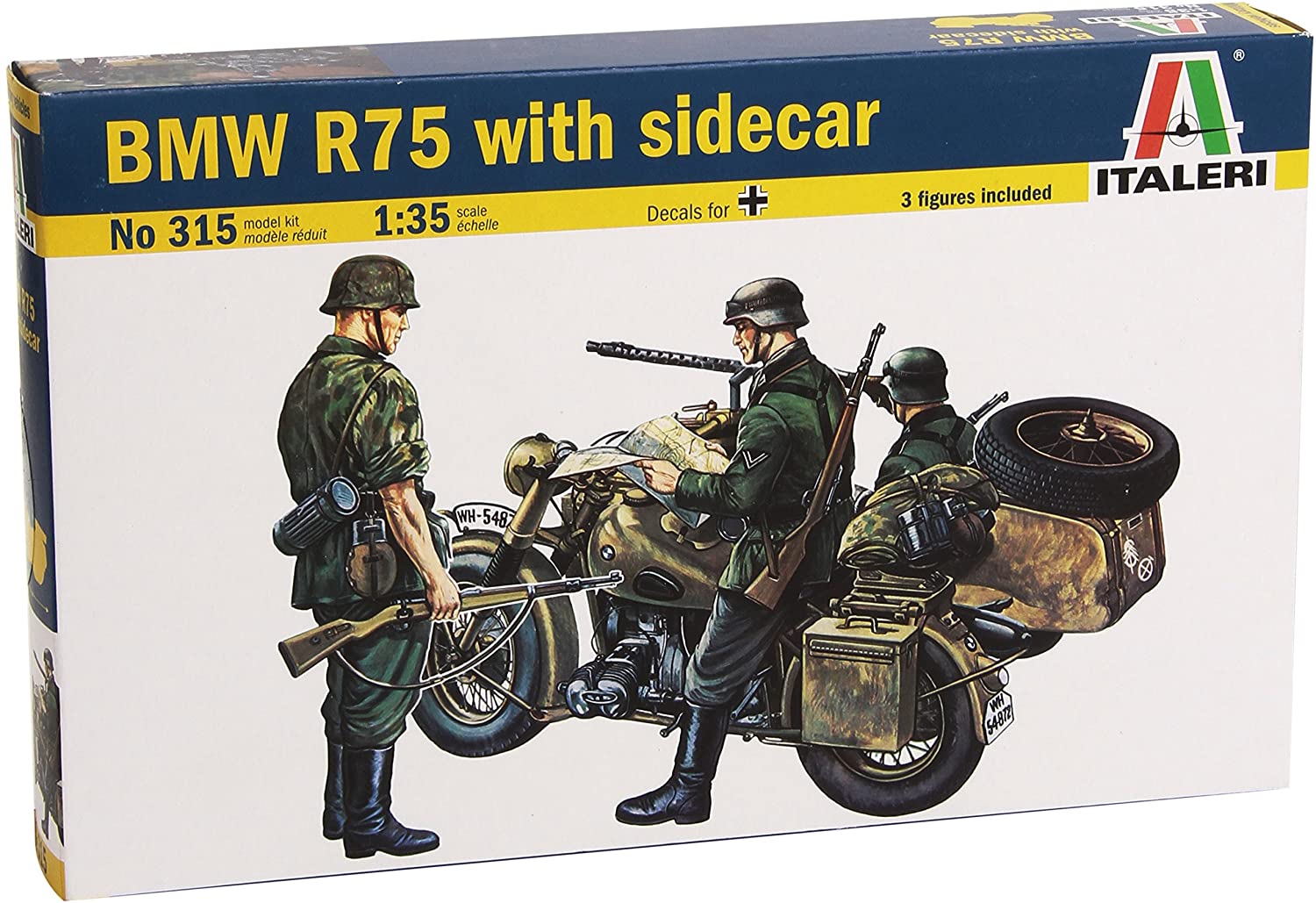 The new German army made use of the experiences collected in World War I to realize their modern reconstruction based on motorization. In spite of the limitations of the Treaty of Versailles able commanders introduced civilian vehicles into the army, thus creating a motorized mentality. In 1940 already, a battalion consisting of 3 to 4 companies each equipped with 52 motorcycles with sidecars and 4 motorcy-cles (single), was integrated into the motorized infantry and the armored divisions. Moreover, motorcycles were present in nearly all other Wehrmacht units, especially with the reconaissance units and the command, as well as the pioneer and the supply units. Produced in 16.500 units, the BMW R 75 together with the Zijndapp KS 750 formed the nucleus of the motorized units on all theatres of operations, especially in Africa and in Russia. The motorcycle was armored with an MG 34 mounted on the sidecar. On the road, it reached a maximum speed of 92 Km/h.