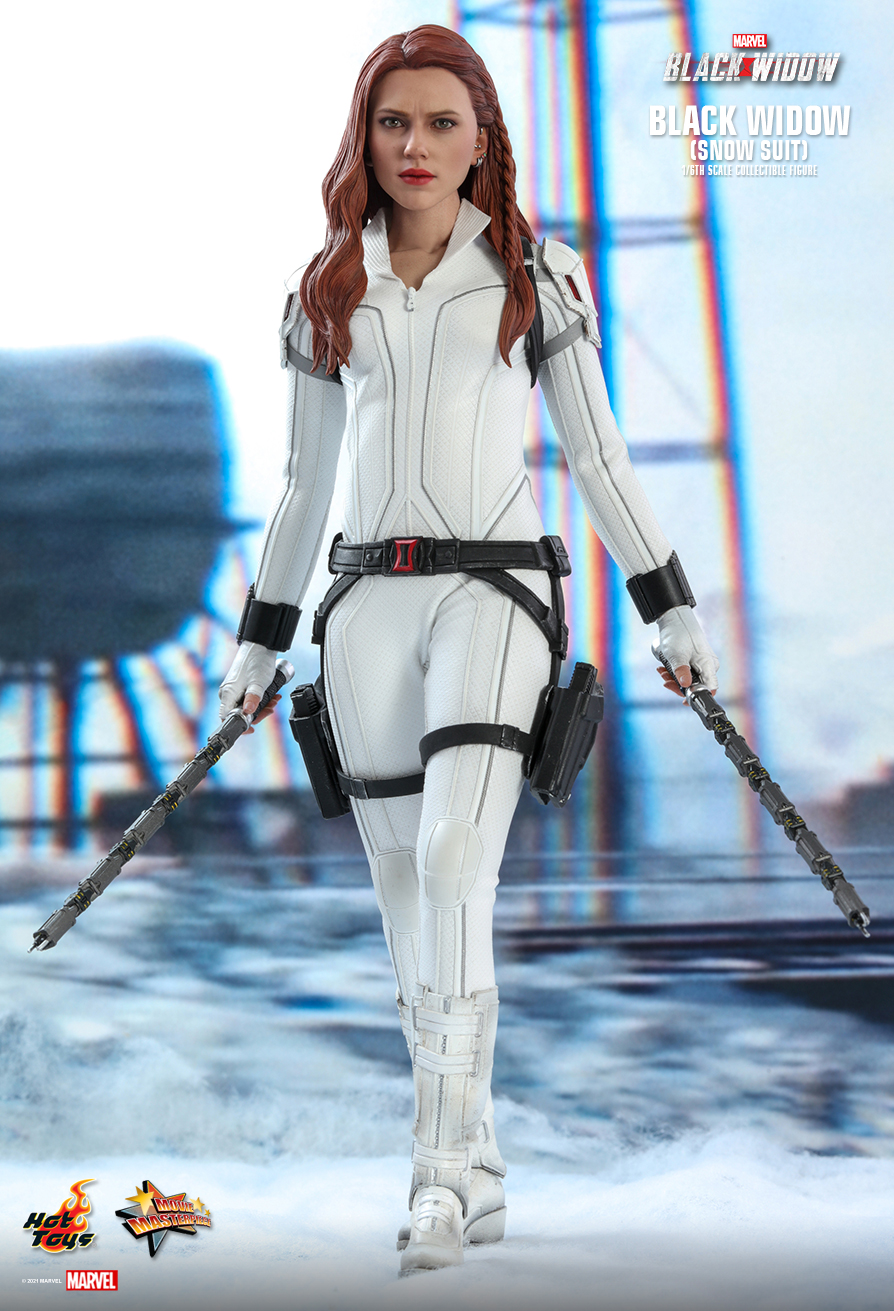 “You don’t know everything about me.” - Natasha Romanoff

She’s back! Returning to the screen with an absolutely stunning look that originated in the comics, Natasha Romanoff in the Snow Suit sets off on her dangerous missions in the arctic environment and reunites with a group of spies from her past to stop a lethal force, who she knows before her working for S.H.I.E.L.D and The Avengers.

Beautifully crafted based on the screen appearance of Scarlett Johansson as Natasha Romanoff/Black Widow in the production of the same title, the figure features a newly developed head and hair sculpture with delicate workmanship, finely tailored white tactical uniform, highly-detailed weapons including a pair of standard batons and a pair of articulated batons with 3 types of interchangeable tips enable different battling styles, pistols, multiple pieces of interchangeable hands for signature poses, and a movie-themed figure stand.

Expand your Marvel Collection with this impressive Black Widow figure!