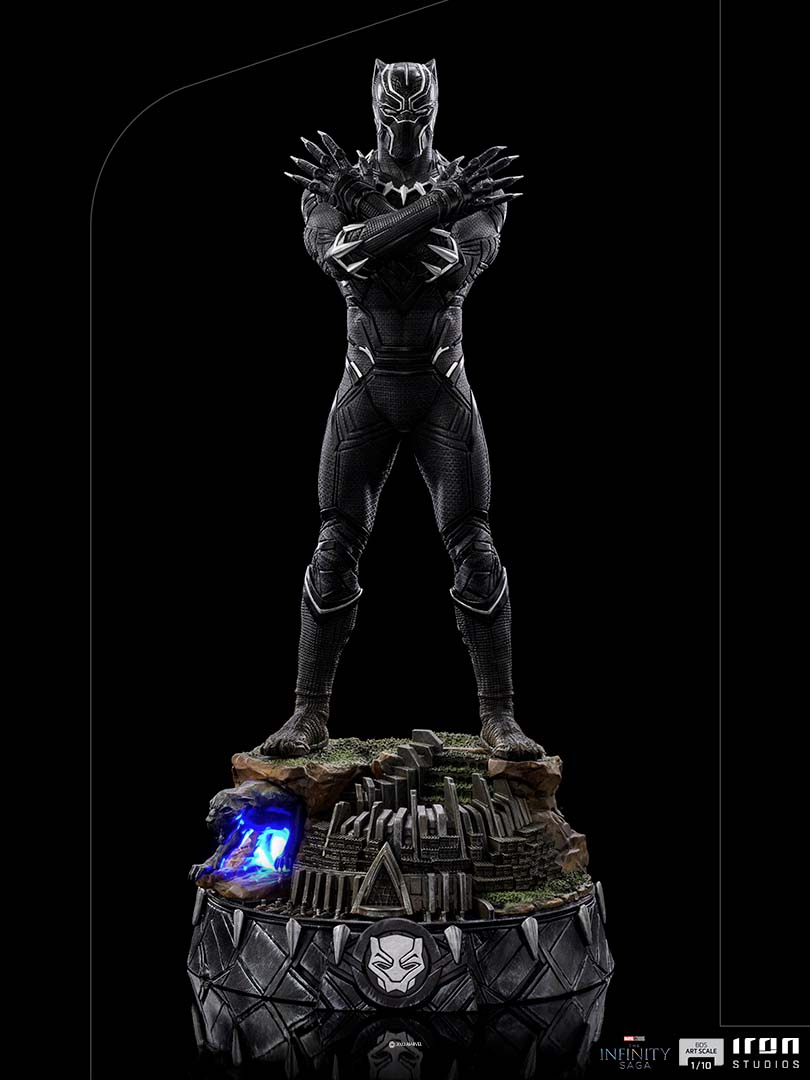 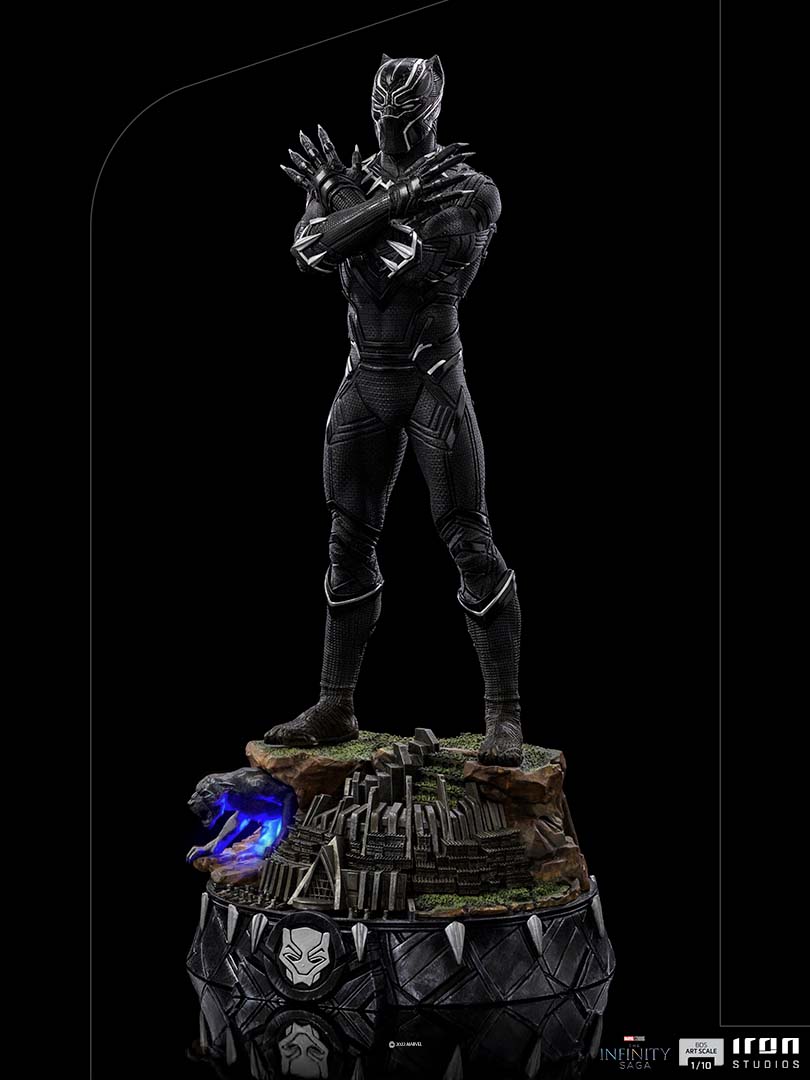 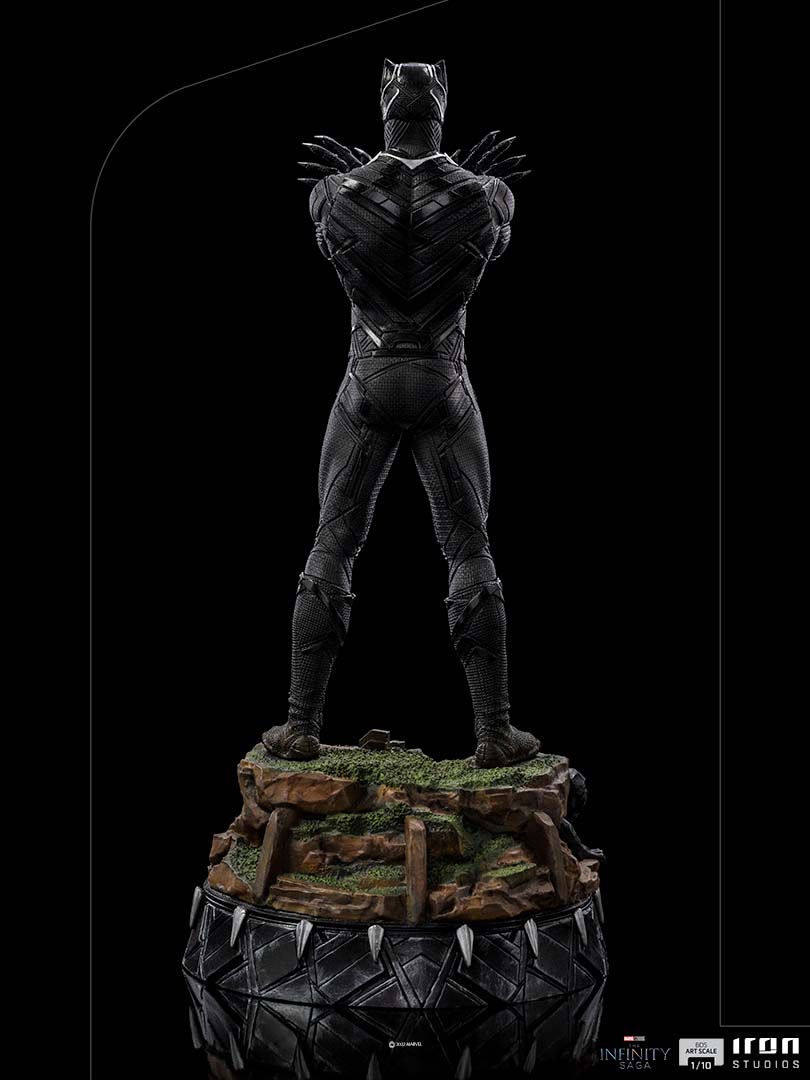 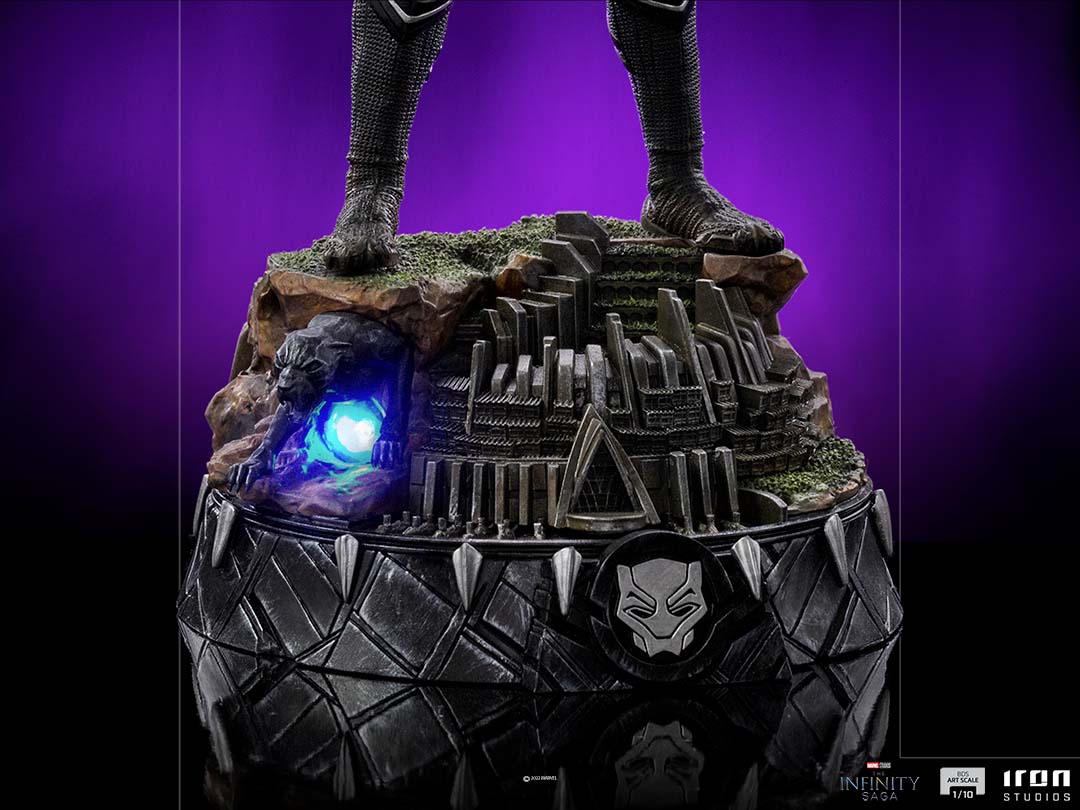 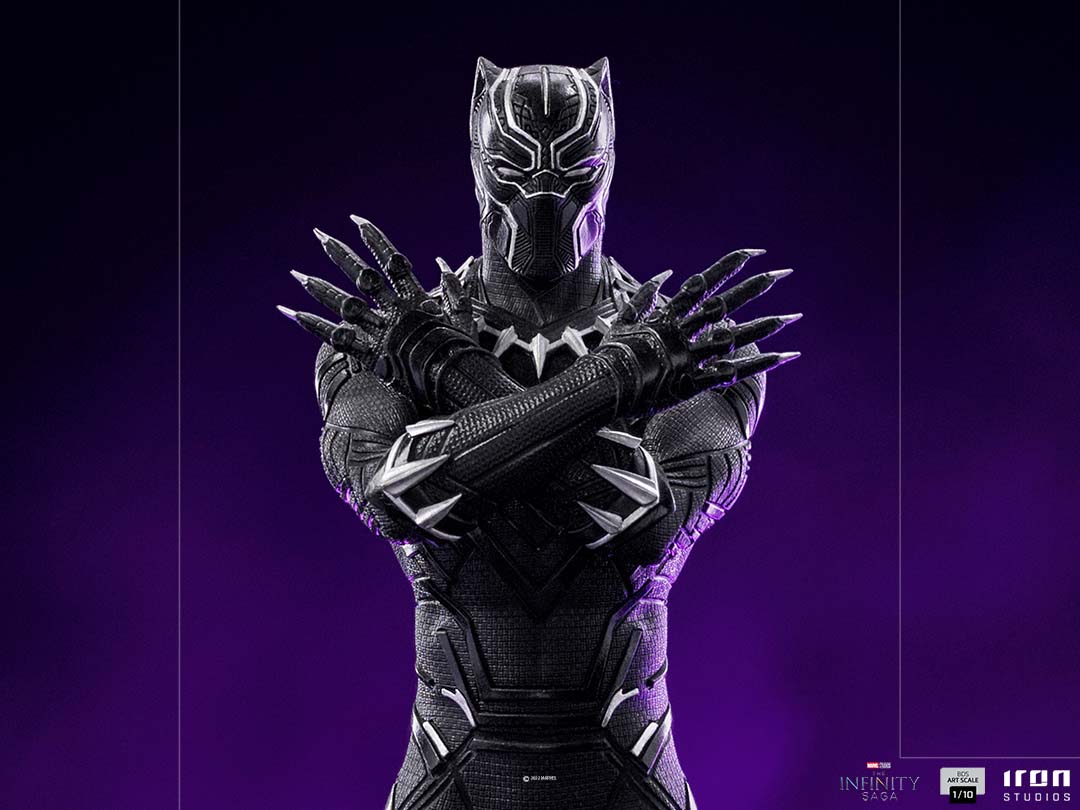 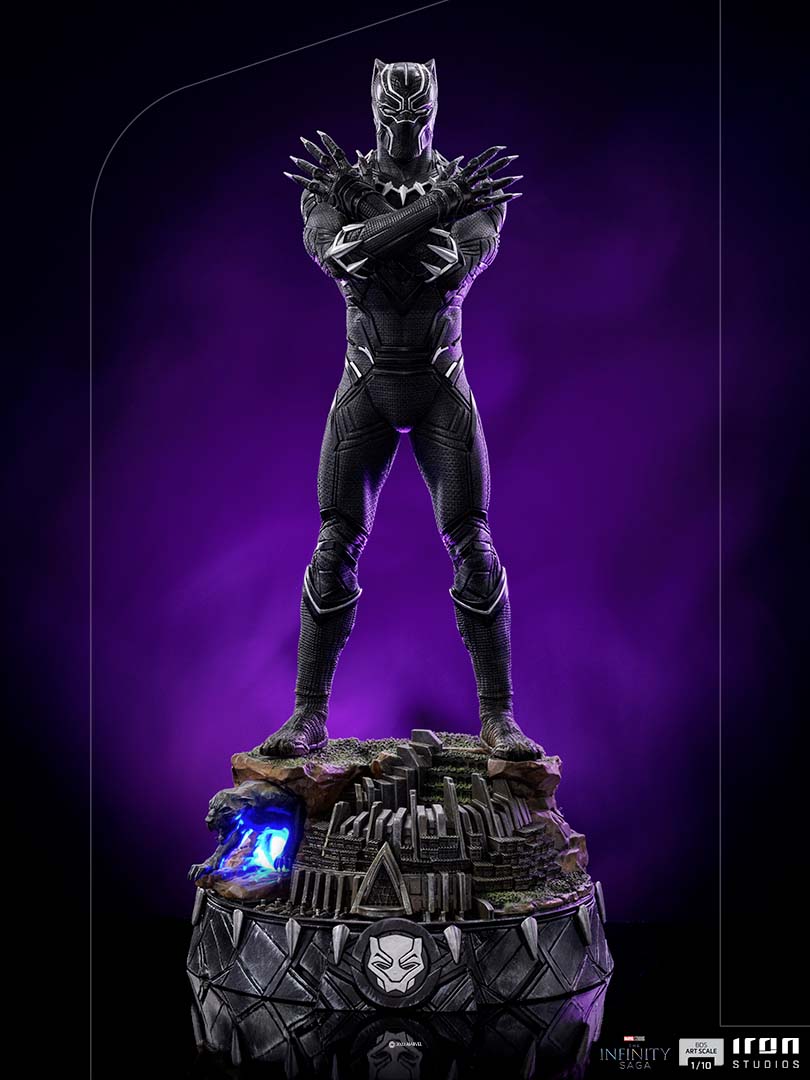 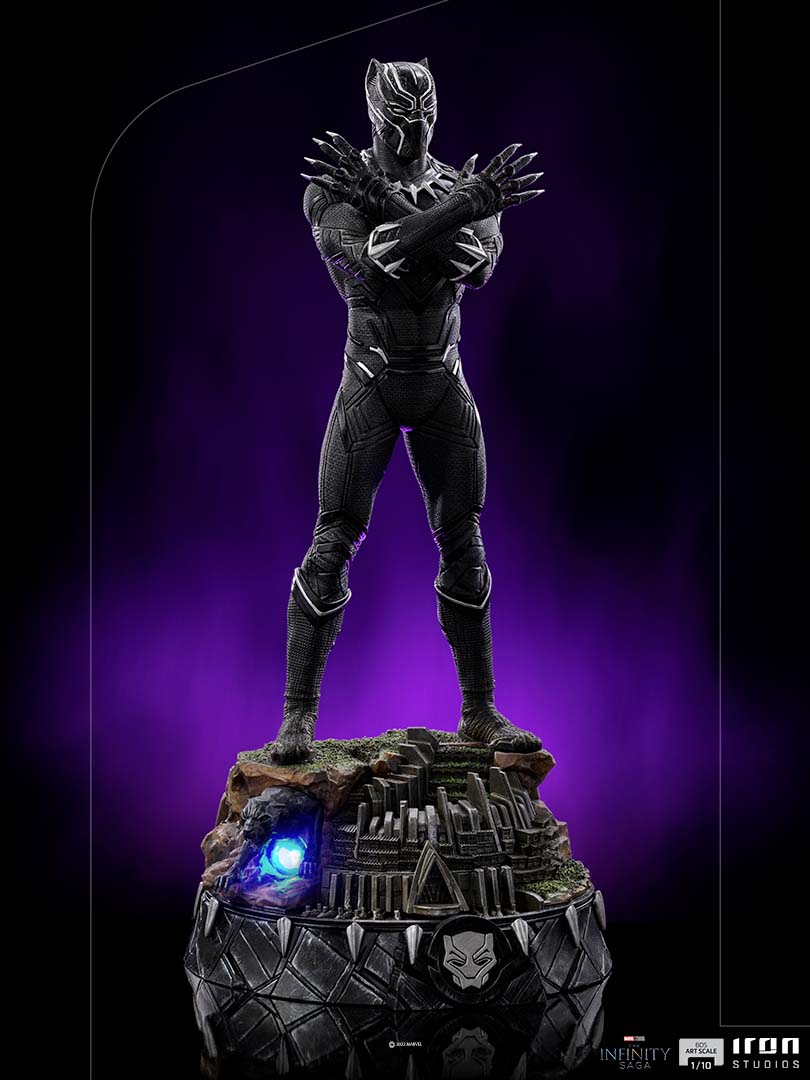 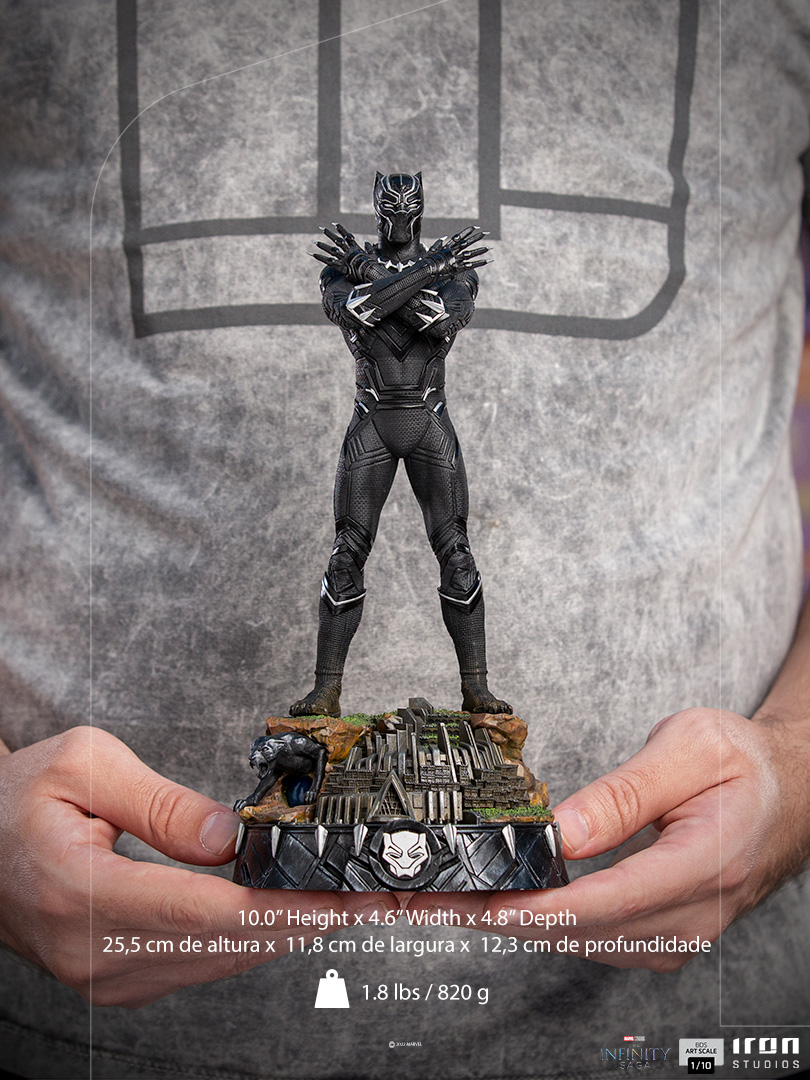 Honoring the tradition and principles of his homeland, Wakanda, a fictional country isolated from the world located in Africa, the majestic warrior, wearing the feline mantle, a symbol of his people and his family's legacy, prepared his entire life to occupy his father's place. With his arms crossed, in a symbolic ancestral gesture, he opens his hands, exposing his retractable silver claws, claiming the immortality of his nation. On a detailed base that replicates, in miniature, its palace, with the iconic totem statue, the symbol of the panther, adorned with themed silver details, and its crest on the front, Iron Studios proudly presents the statue of Black Panther, the mighty avenger monarch.

In the African kingdom of Wakanda, the most significant wealth is Vibranium, a rare metal only found there. King T'Challa, the Black Panther, rules his people with wisdom and respect. Prepared from childhood to assume the throne and legacy of his father, he had his abilities enhanced after consuming a rare heart-shaped herb, which gave him physical attributes comparable to those of a super soldier, with strength, endurance, agility, senses and enhanced reflexes, and a regenerative healing factor. Black Panther is a formidable opponent, wearing an advanced, near-indestructible vibranium suit capable of storing and releasing kinetic energy that further amplifies his powers. Played by the late Chadwick Boseman in the MCU, after his father, King T'Chaka, was assassinated, he took over as ruler of his nation and became an ally of the Avengers heroes.