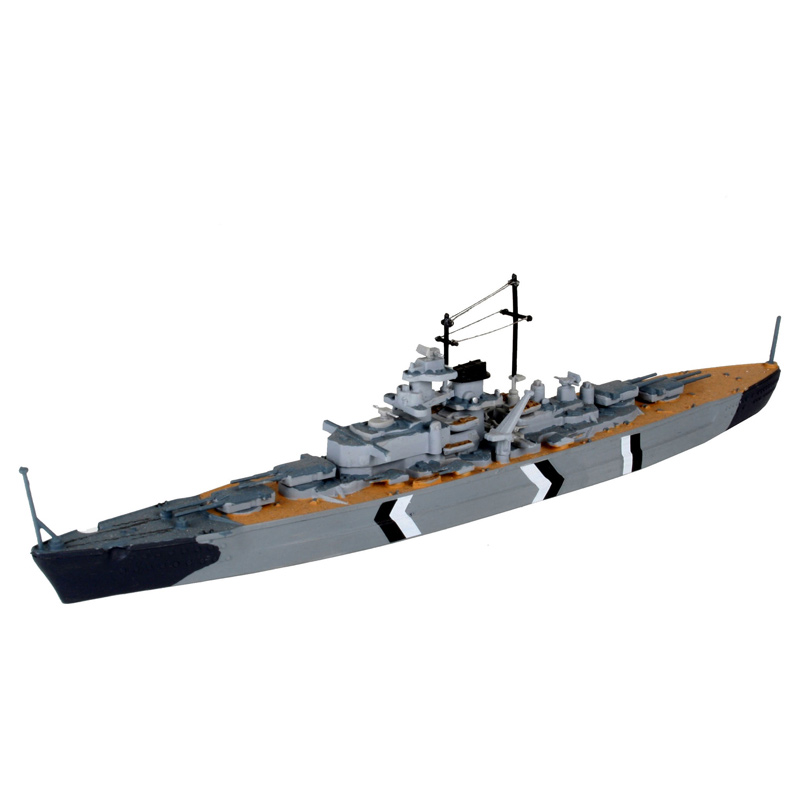 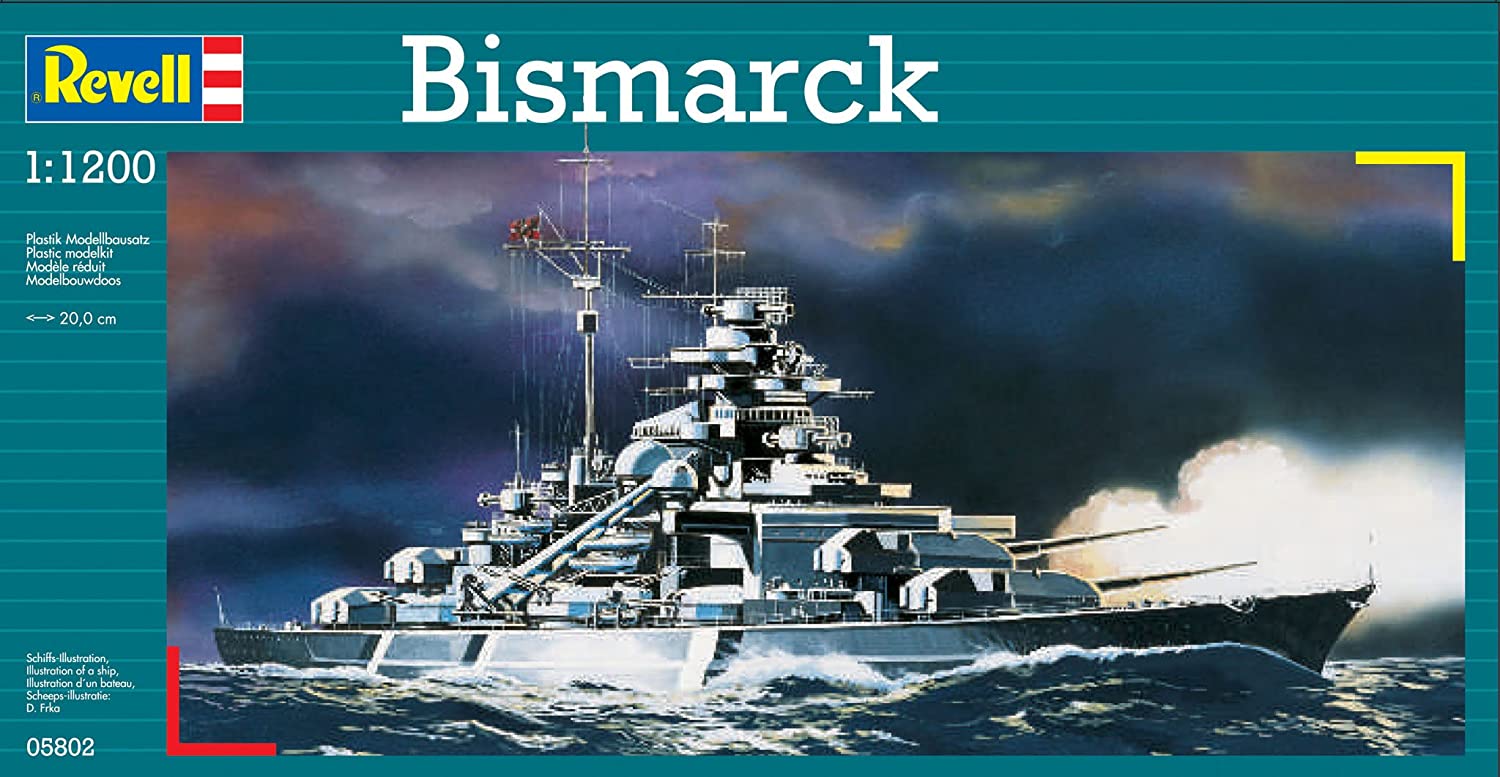 Description
The "Bismarck", at 42,343 tons was, for her time, the largest and most up-to-date battleship in the world (next to the "Hood"). On 24th May 1941, in a sea battle, together with the heavy cruiser "Prinz Eugen", at the pack ice frontier of Greenland, with a direct hit by the 5th salvo from her 380 mm guns she sank the largest British battle cruiser the "Hood". Launched on 14th February 1940 at the Blohm & Voss shipyard, Hamburg, together with the similar "Tirpitz" she was the most up-to-date and prestigious ship of the German navy. With a length of 251 m the top of the mast stood 52 m above the surface of the sea. She was protected by a total of 17,450 tonnes of steel armour plating. The newly designed heavy artillery fired 800 kg projectiles up to a range of 34.2 km and were capable of penetrating 350 mm armour at 21 km. Although the "Prinz Eugen" suffered no direct hits in the battle of 24th May, the "Bismarck", which was damaged in the bow, made for a French harbour. In the subsequent pursuit by British ships and aircraft, on 27th May 1941 a torpedo hit the rudder and after being hit by the superior numbers of the Home Fleet she was disabled and sunk in the Atlantic about 800 km off the French coast. Of the 2,092 men on board, 115 survived.