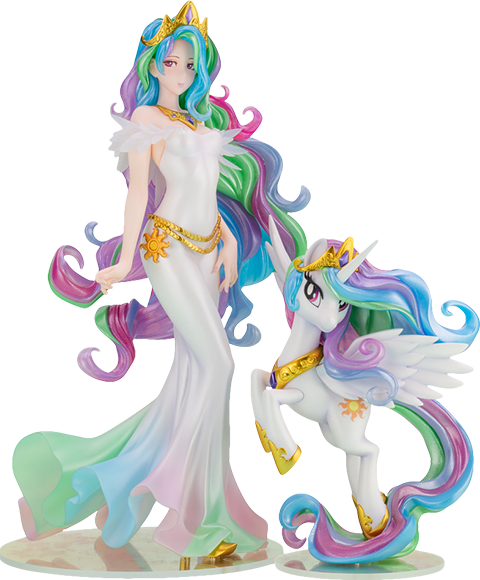 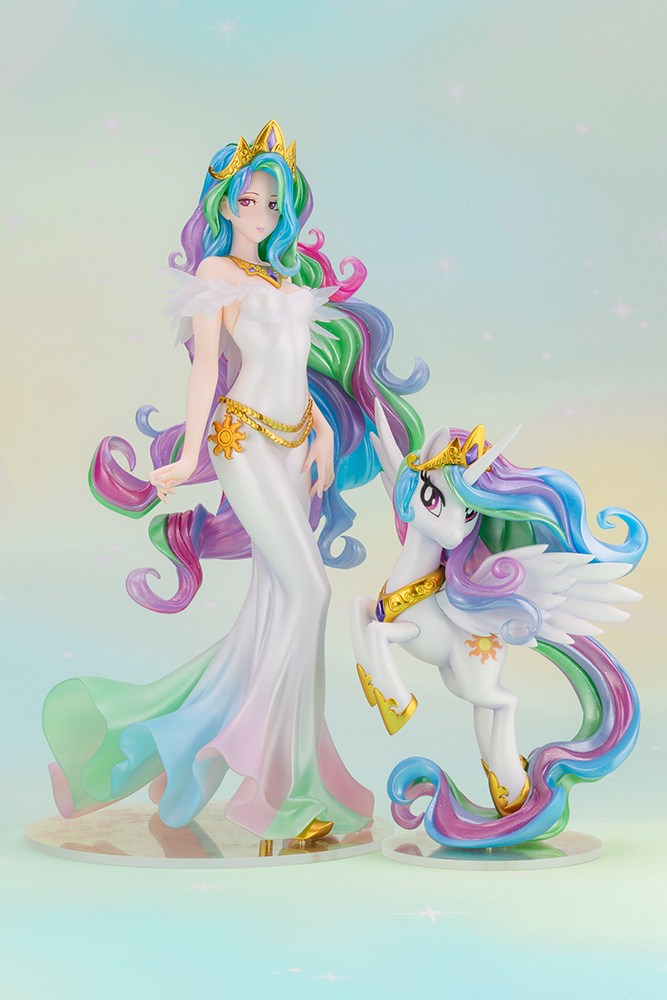 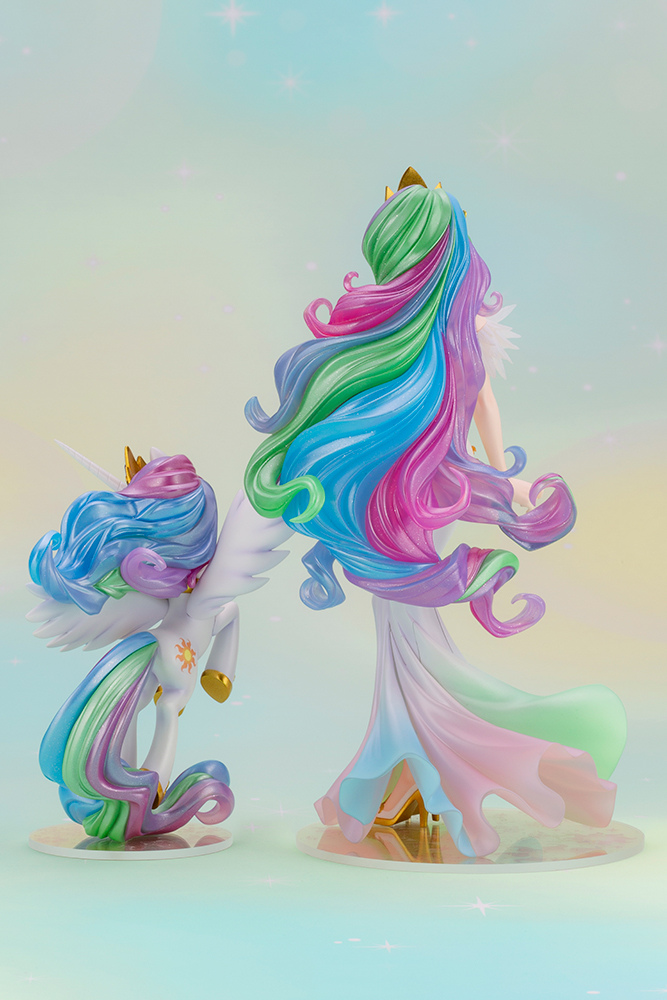 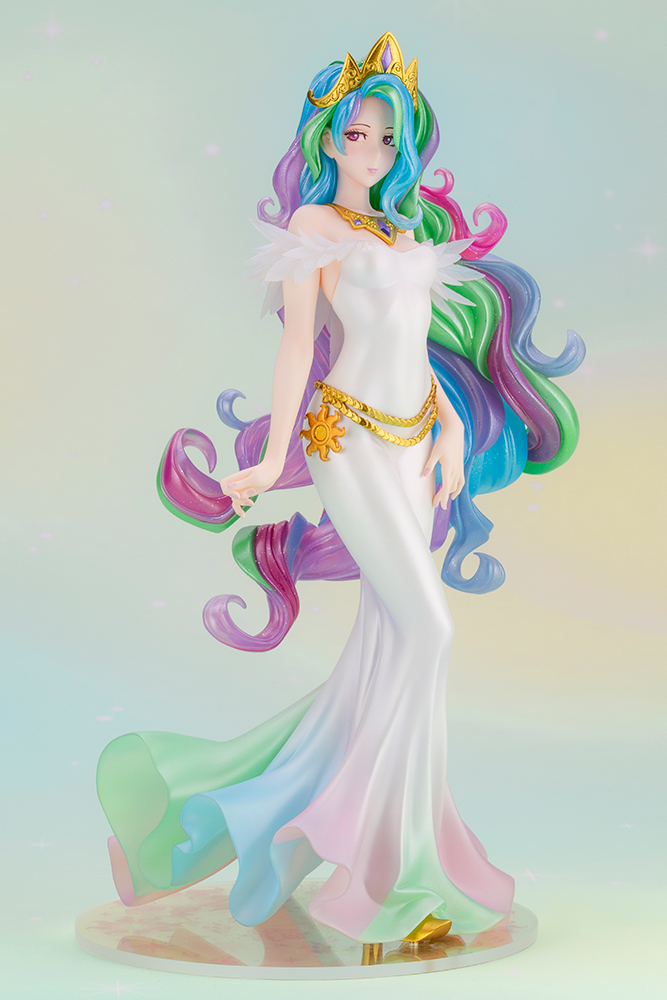 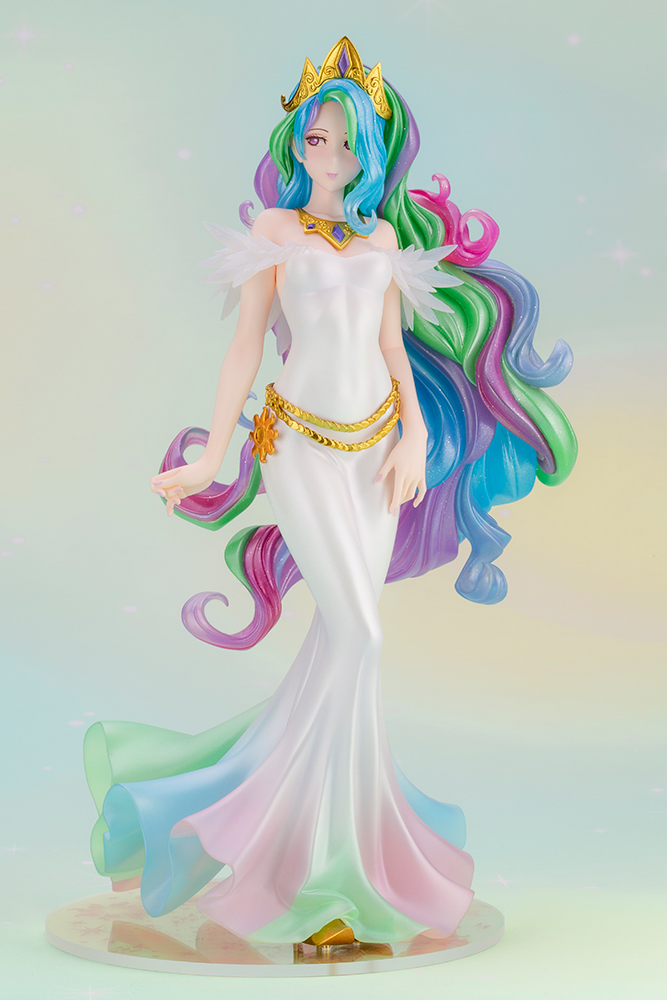 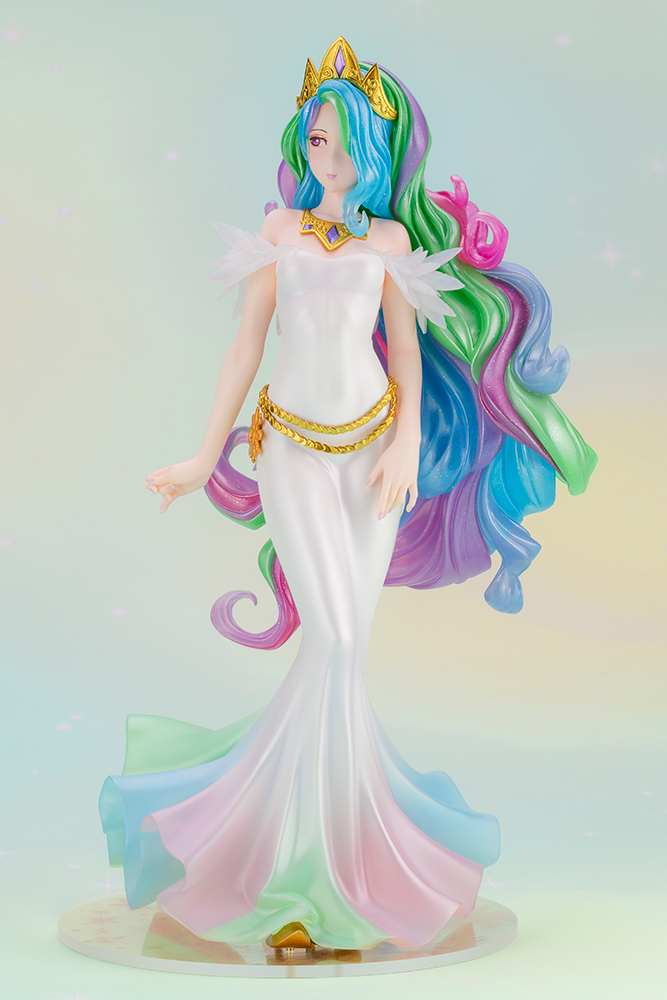 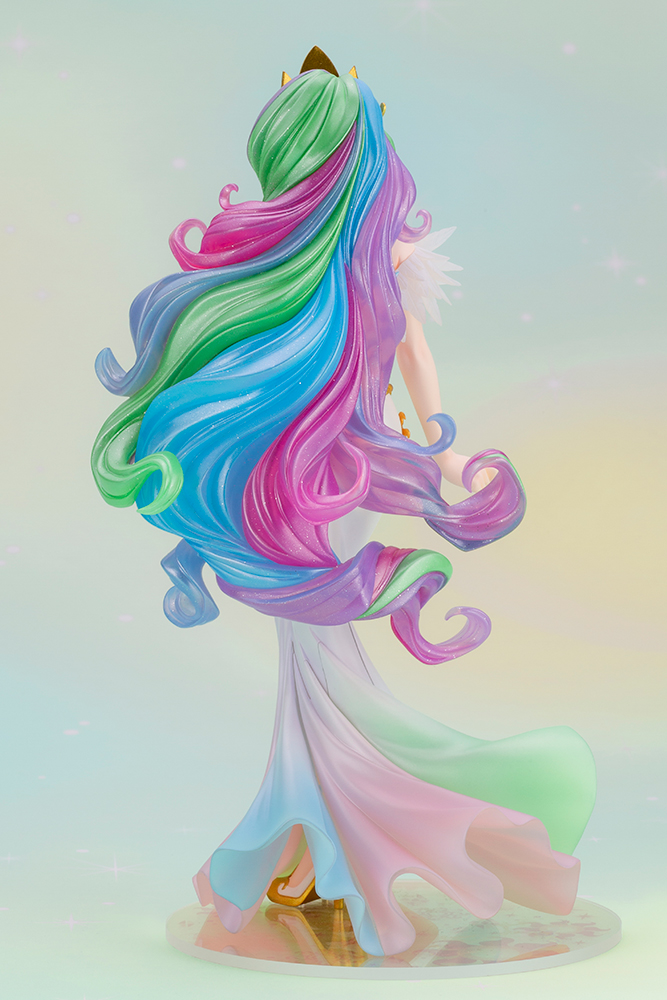 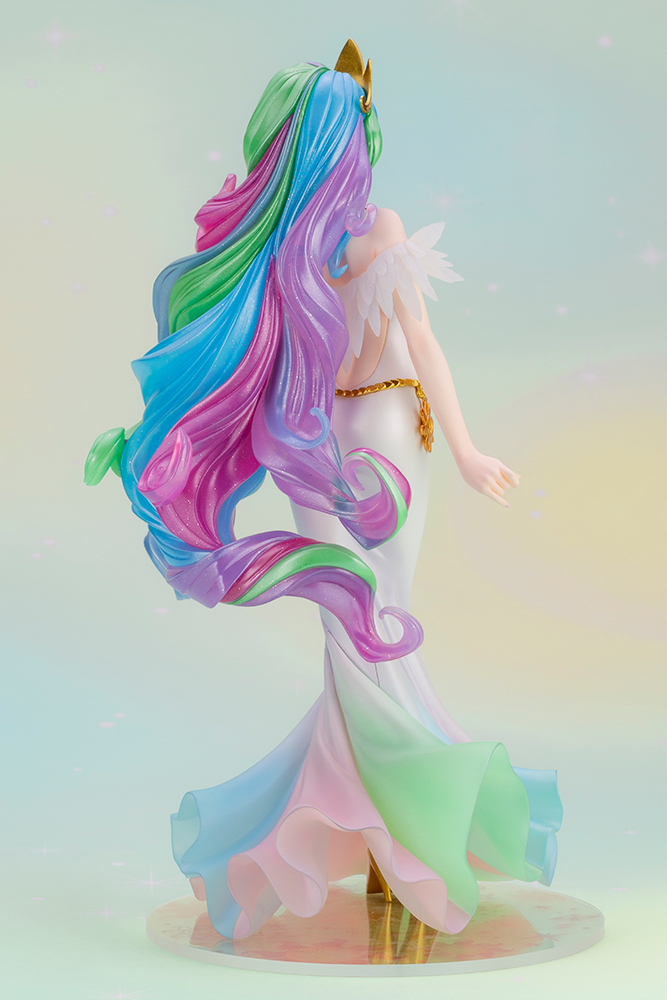 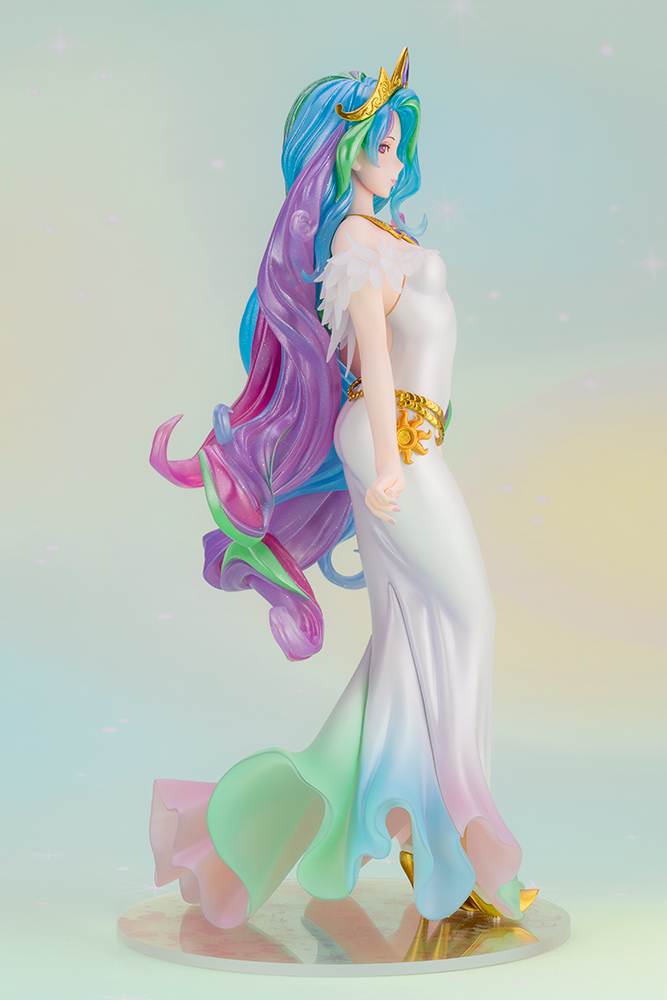 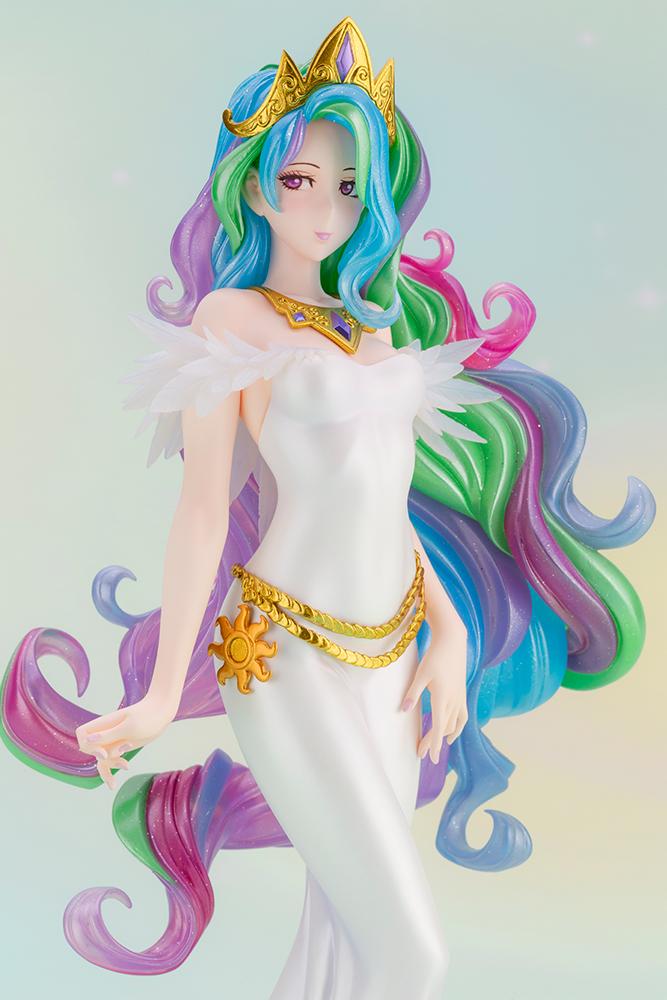 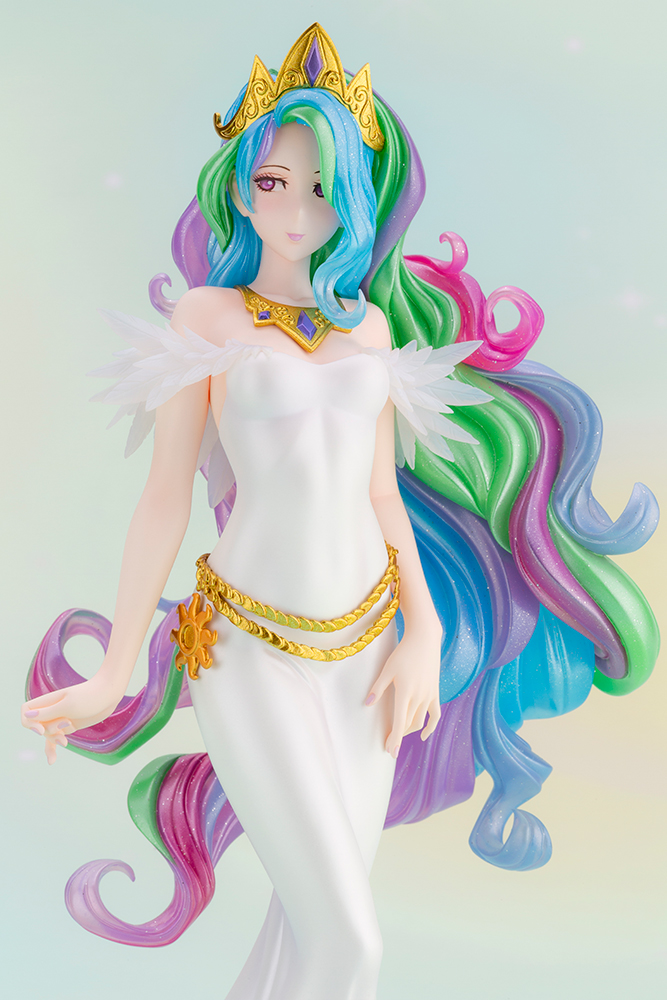 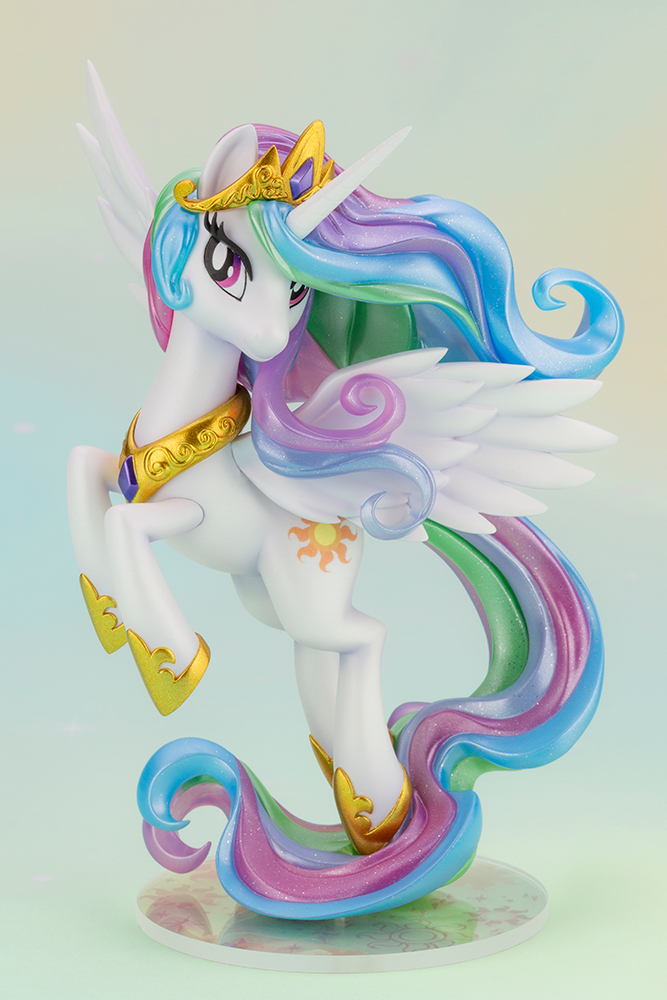 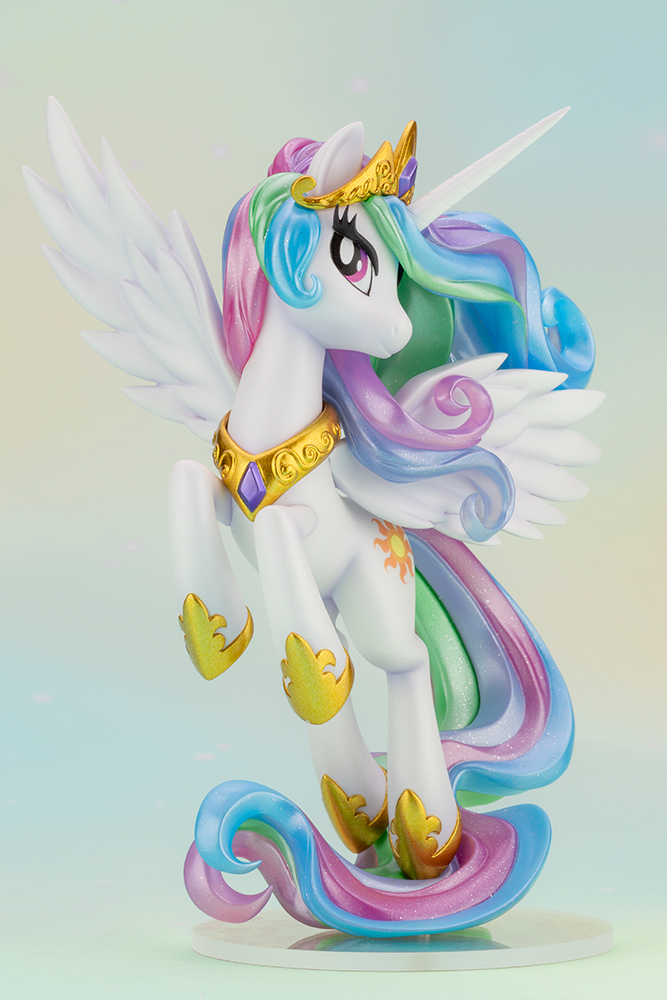 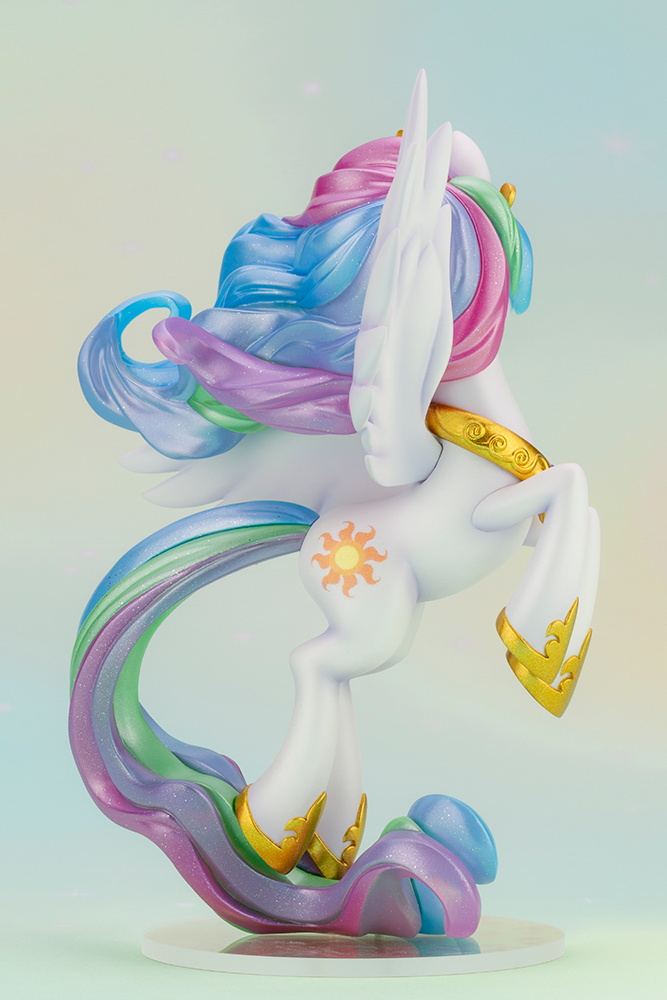 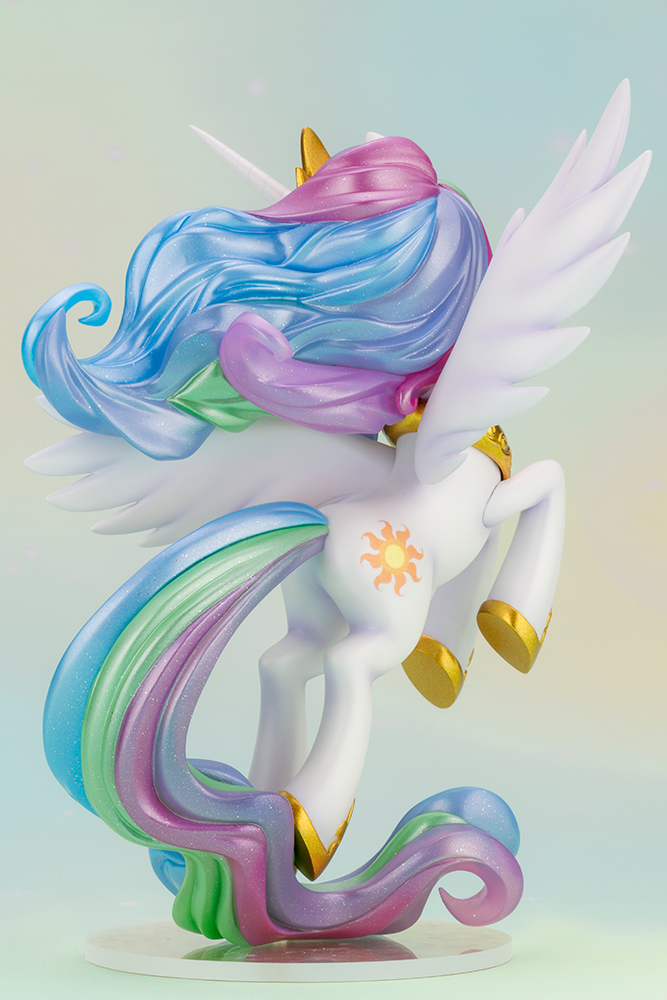 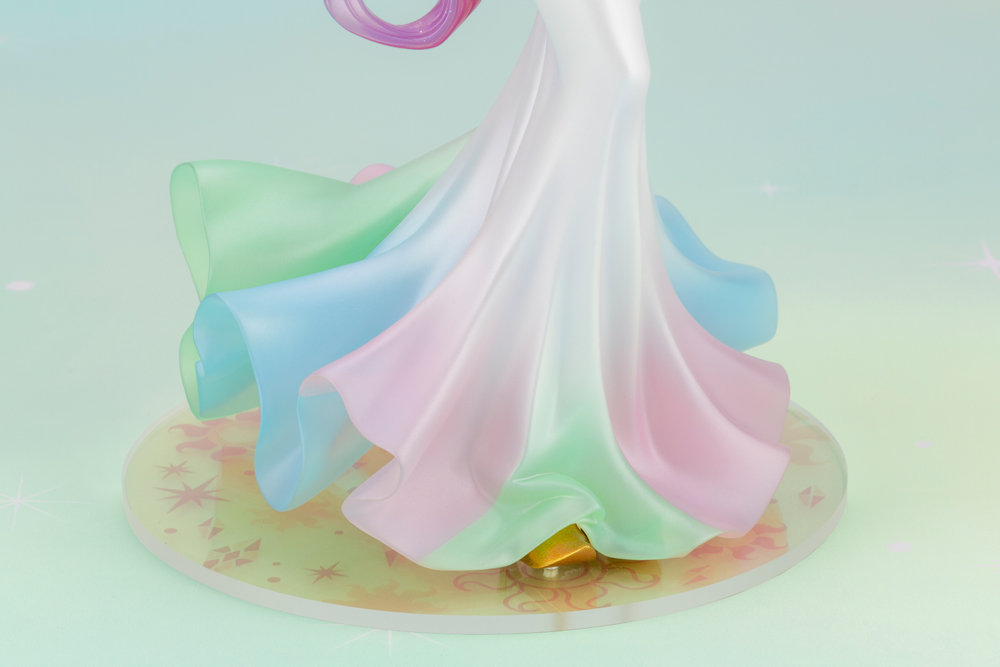 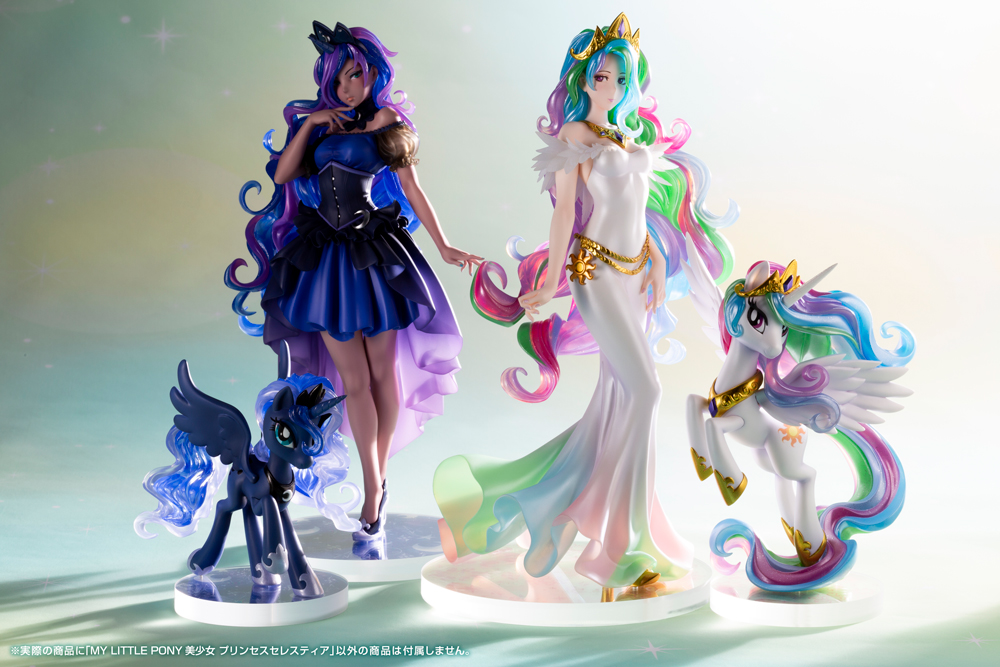 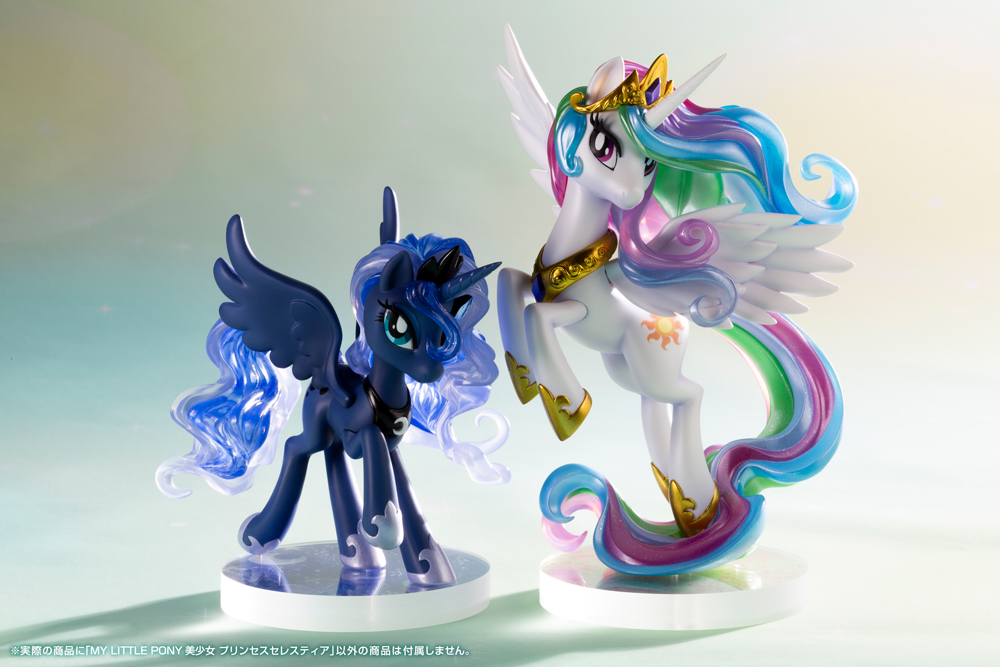 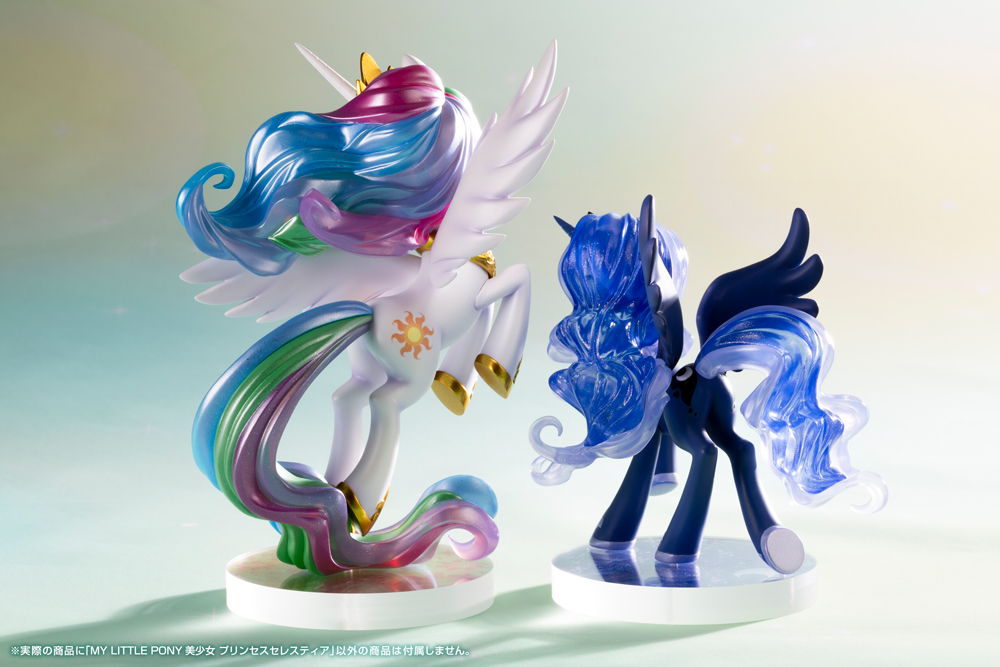 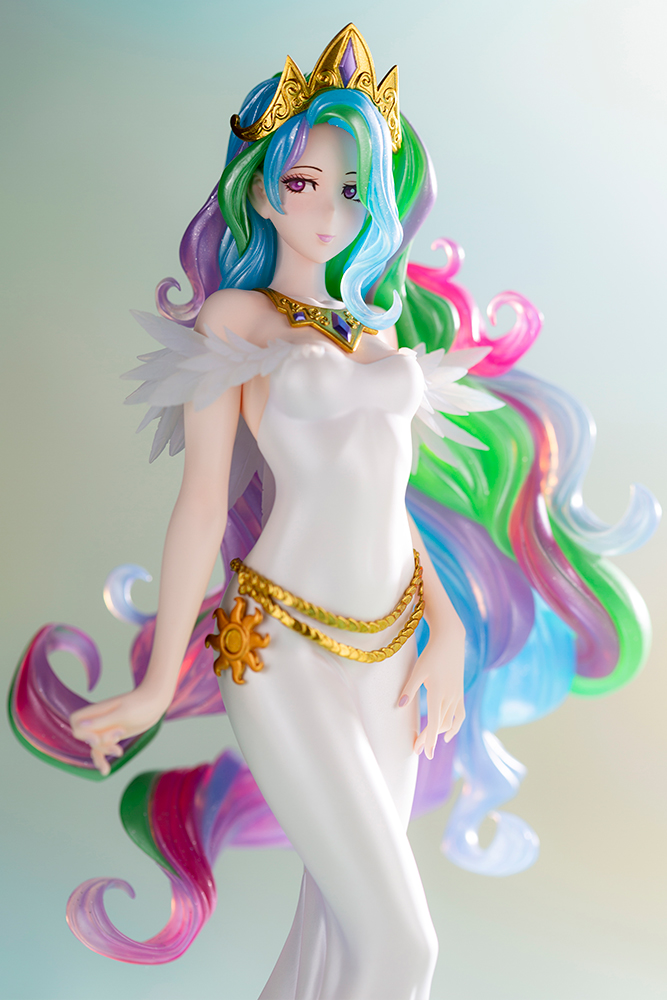 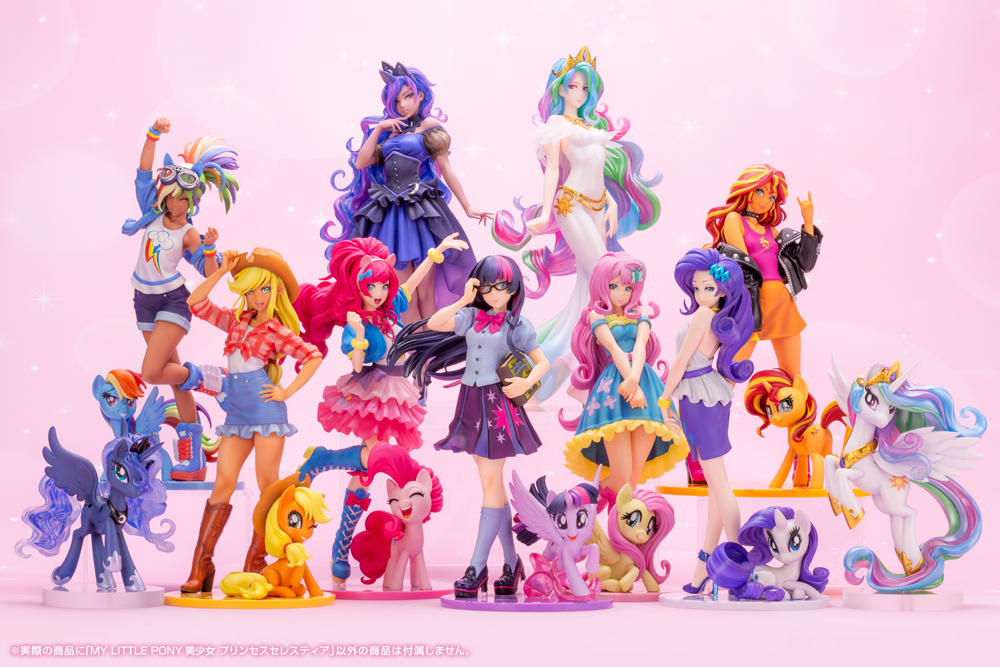 Twilight Sparkle’s mentor, the ruler of Equestria, and the most magical pony, Princess Celestia, is joining the stylized Bishoujo figure line of My Little Pony characters!

She is adorned in a dress designed by Shunya Yamashita, painted in soft pearl finish with a gorgeous color gradation. Princess Celestia’s mystical flowing hair is made of clear plastic filled with glitter and painted with a matching pearlescent finish to bring out a soft and gentle texture like that of warm sunlight. The statue fully captures Princess Celestia’s gentle grace as she calmly watches over the Mane 6 ponies as they learn about the magic of friendship.

The white shimmering pony version of Princess Celestia is set on a separate base and can be displayed independently! Careful attention was given to capture the beautiful details of her elegant silhouette—from her mane to her flowing tail—resulting in the most voluminous pony statue up until now.

The package design beautifully contrasts to that of the previously released Princess Luna’s and includes a hologram design. With so much care placed in each detail of this statue makes this a must-have piece for all My Little Pony fans!