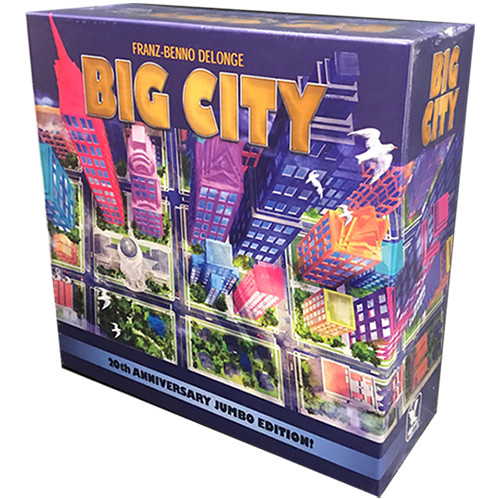 The original city-builder classic, Big City, finally returns in a 20th Anniversary Jumbo Edition! Featuring more than 60 huge buildings to construct in modular neighborhoods, no two cities will ever be the same. Collect properties and combine them to create even larger buildings - while your opponents try to do the same. Build a streetcar line or a shopping mall, but just be sure the greatest builder is you and if someone else tries to stop you, maybe build a smelly factory nearby their new housing development too!