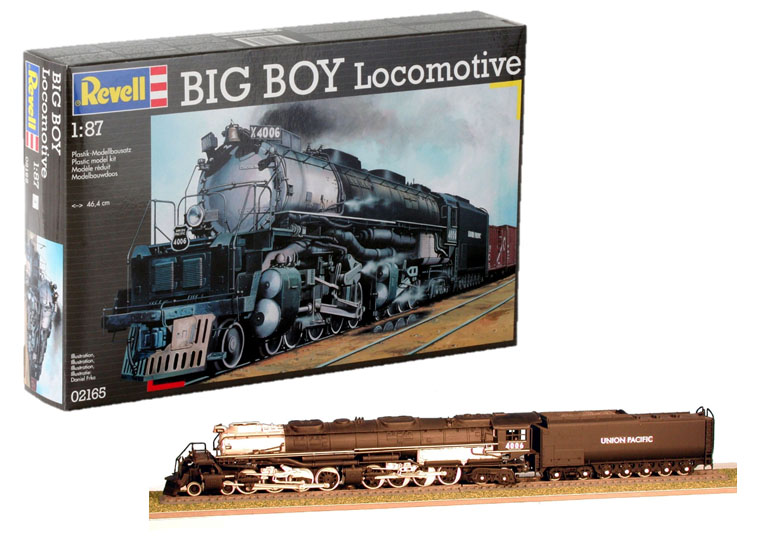 Description
The American Big Boys are some of the longest and largest steam locomotives ever built anywhere in the world. During the late thirties Union Pacific often used auxiliary engines to haul trains from Ogden, Utah up a steep pass to Wasatch. U.P. wished to simplify this system and instructed their own development department to design a new locomotive capable of hauling a 3,600 ton train (max 4,200 tons) up the steep pass. The 25 Big Boy locomotives were built in 2 groups. The first group, called the Class 1, was built from 1941. The second, Class 2, was built in 1944. The last goods train was hauled by a Big Boy loco in July 1959. Most Big Boys were retired from service in 1961.