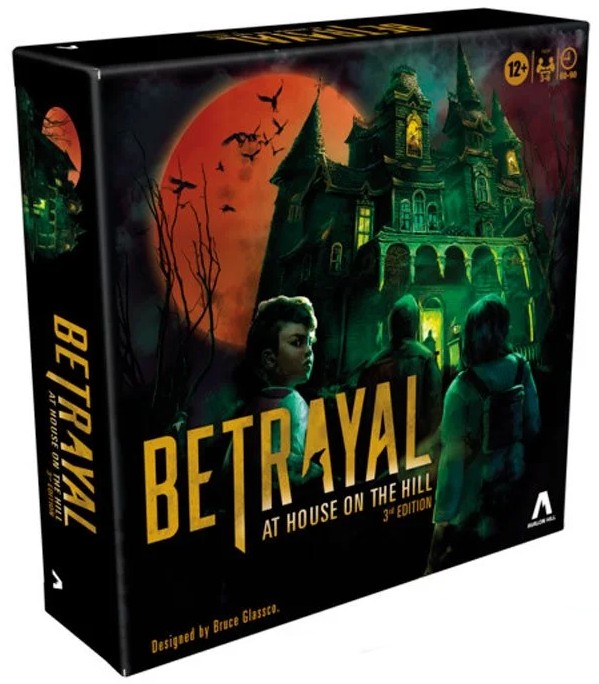 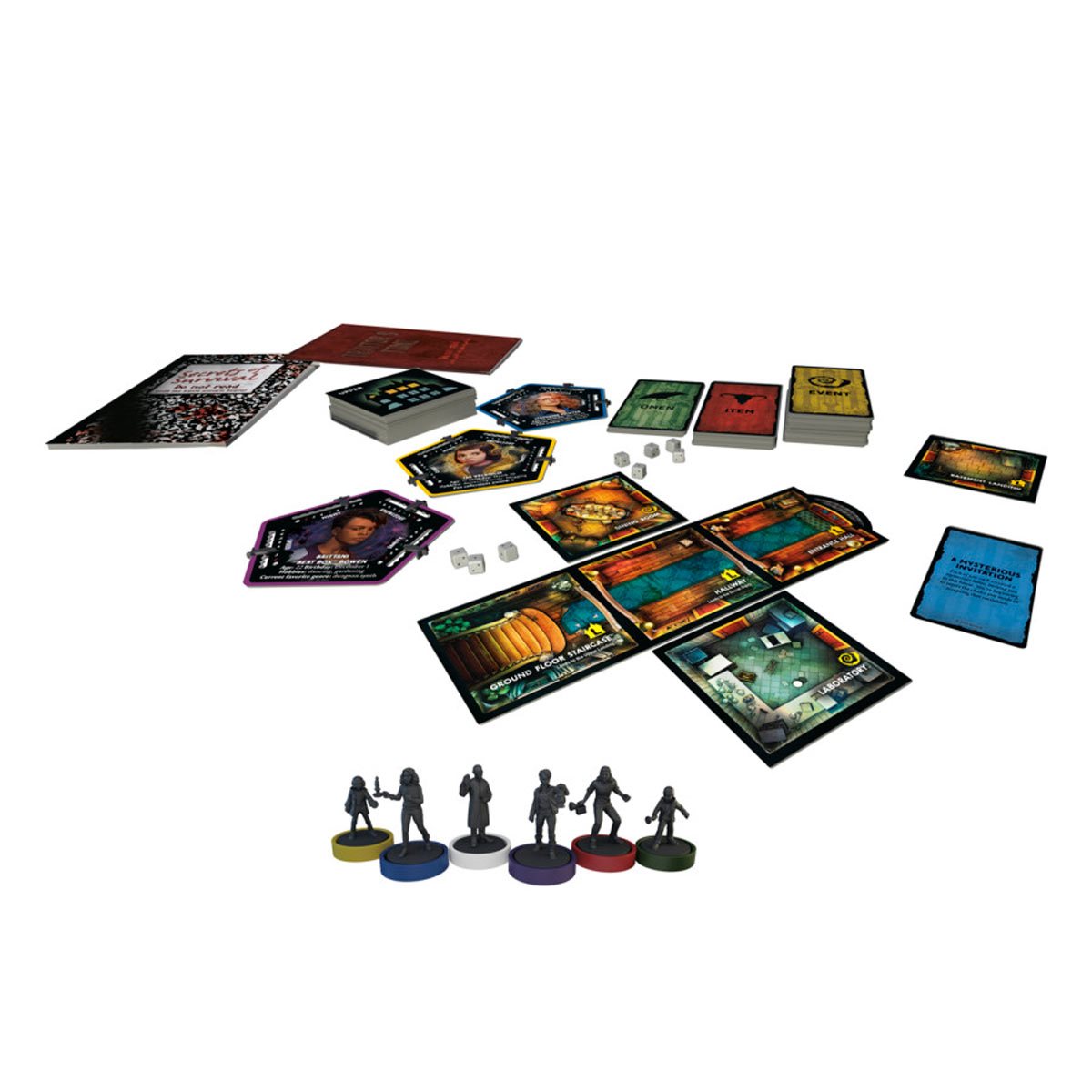 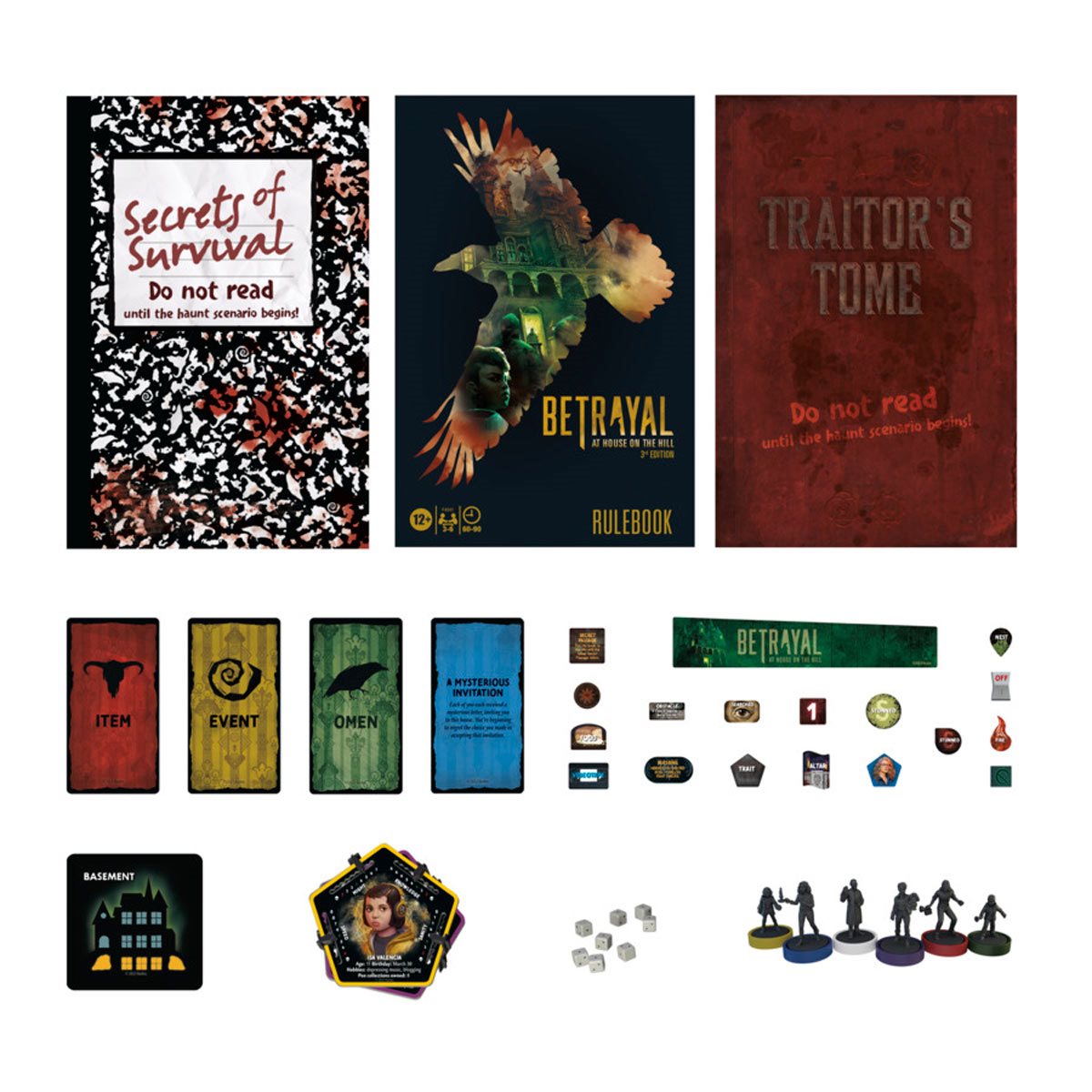 Betrayal at House on the Hill (3rd Edition)

The House on the Hill still sits abandoned, and fearless group of explorers has been drawn to the house to discover its dark secrets. Immerse yourself in the narrative gameplay as you take on the role of one of those explorers.

The co-operative board game Betrayal at House on the Hill: 3rd Edition includes fifty haunts and dozens of danger-filled rooms that will terrify even the strongest among you. At first you'll work together, but beware...one explorer will betray the others and then the haunt begins.

This edition of the popular haunted house traitor game features content and gaming elements that help new players jump right in. So gather friends for a game night of monsters, miniatures, and modular board pieces in this immersive, story-driven hidden traitor game.