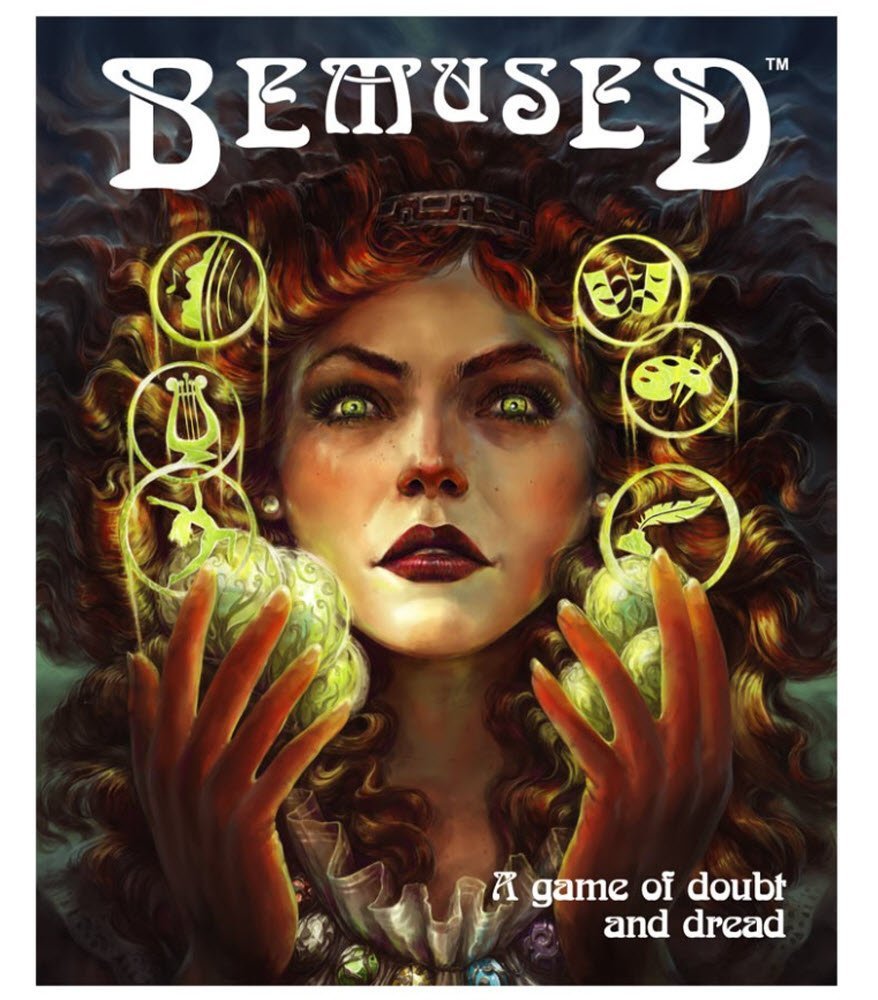 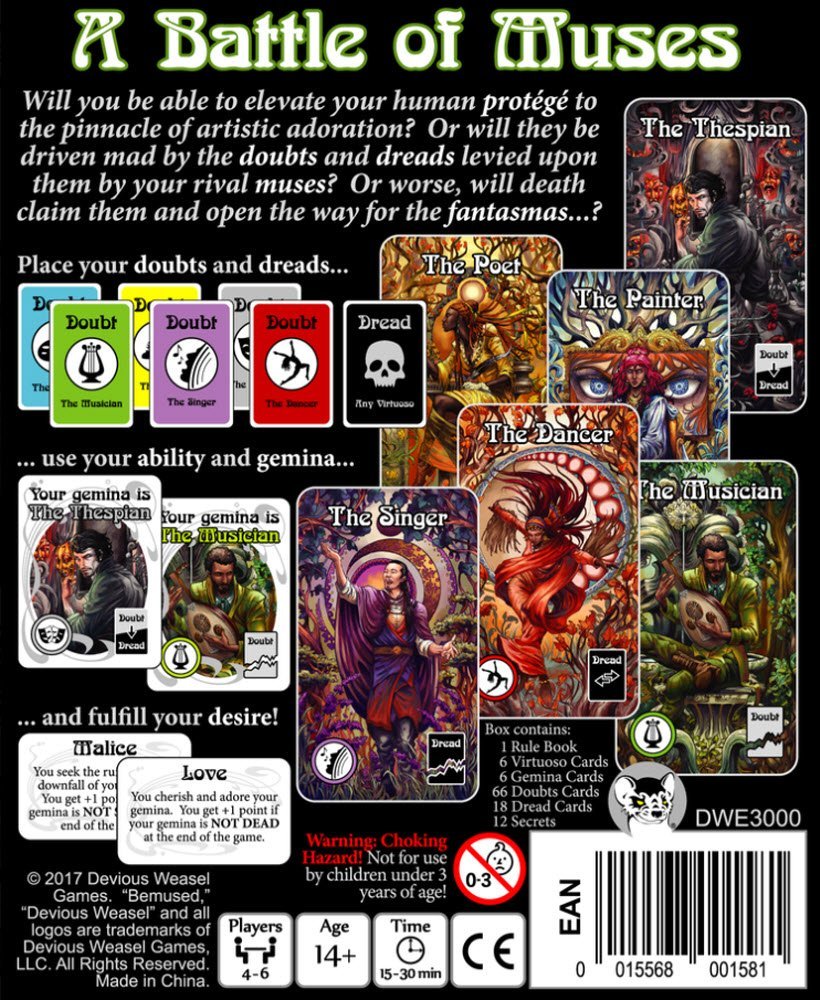 Bemused is a card game for 4-6 players in which the players take on the role of a muse seeking to elevate their chosen human virtuoso to the greatest height of celebrity and influence. To do so, the muse must eliminate their virtuoso's rivals by levying doubts and dreads upon them until they are driven insane...or worse.  Each player has a virtuoso card that designates their human protÃ©gÃ© and a hand of doubt and dread cards. Each turn, the player draws two doubt cards for their hand, places a doubt or dread card from their hand onto a virtuoso card, then discards a card from their hand. In some cases, a player may play two doubt cards from their hand, but this action permanently reduces their hand size. Each virtuoso has an ability that their muse may use, such as change a dread to a doubt or move a doubt from one virtuoso to another. Scheming, negotiating, and table talk are encouraged!