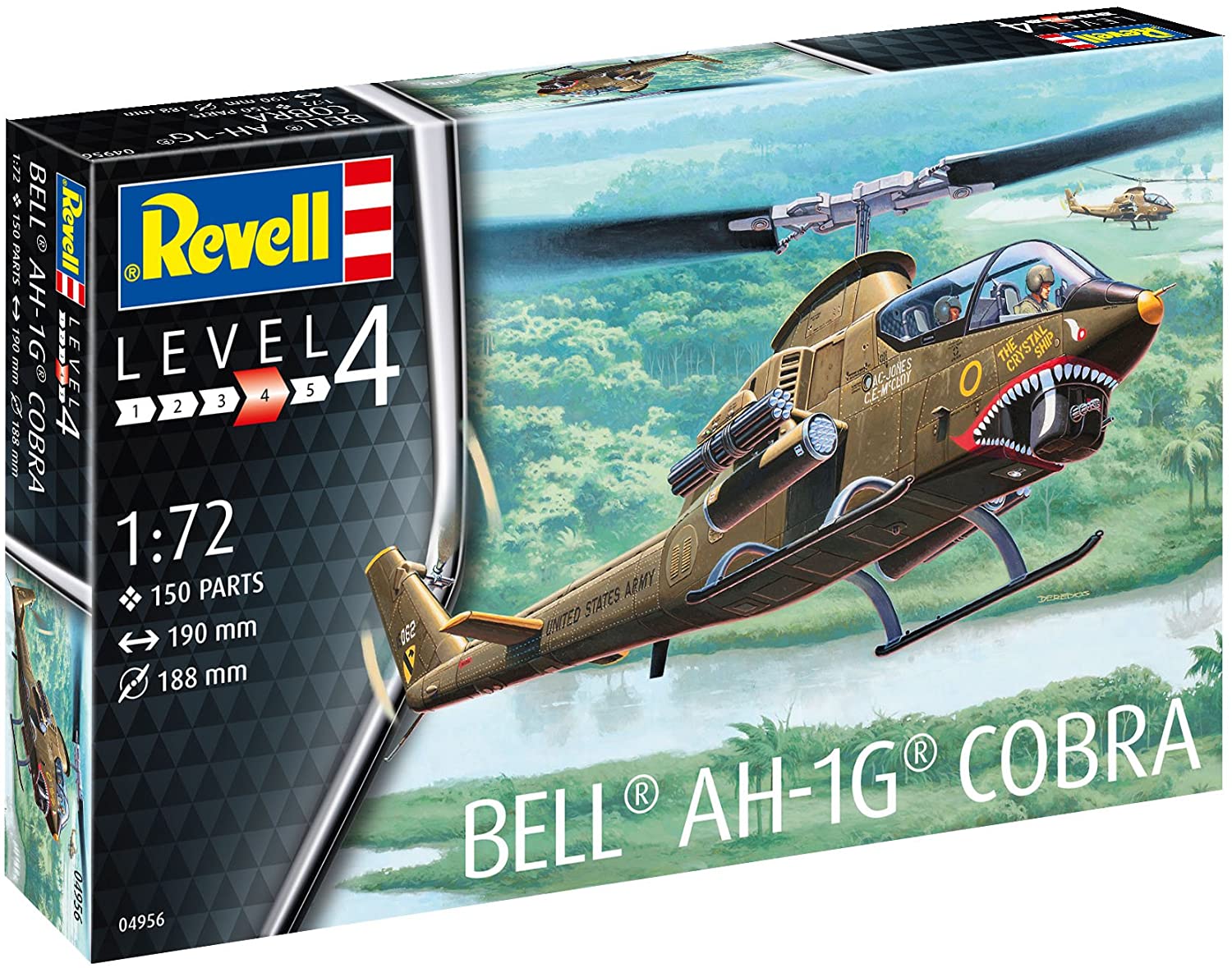 Bell AH-1G Cobra  kit contain 51 pieces after built it measures 13.5 cm in length. Also called the "Huey Cobra" the bell AH-1 was the first pure attack helicopter ever and had its baptism of fire during the Vietnam War. The G version is the first variant of his heavily armed helicopter to be built for the US Army.