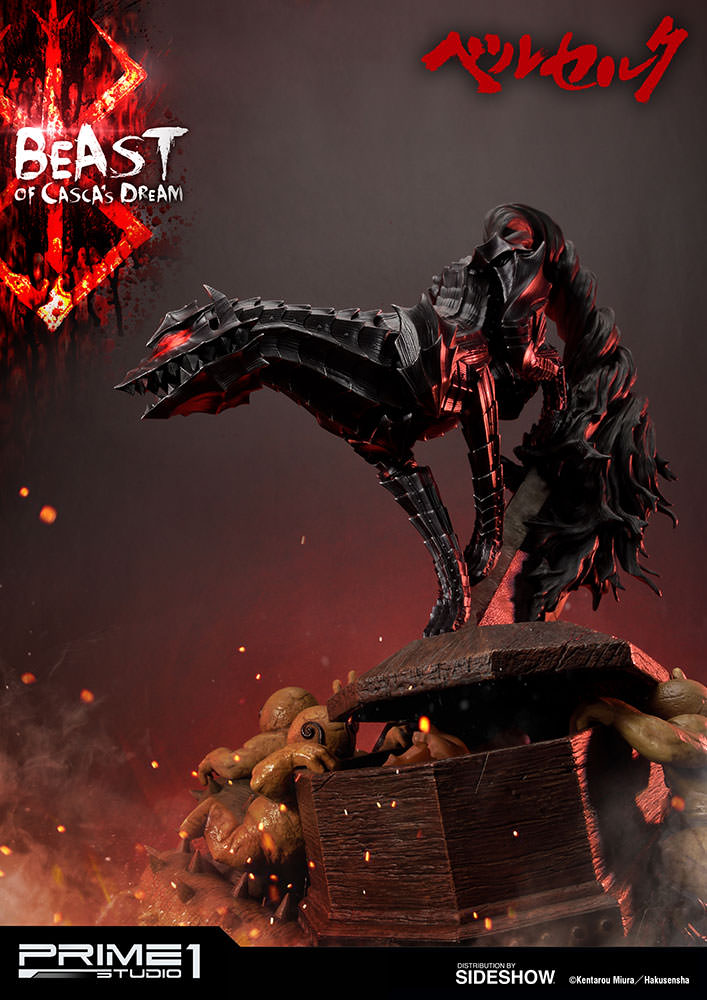 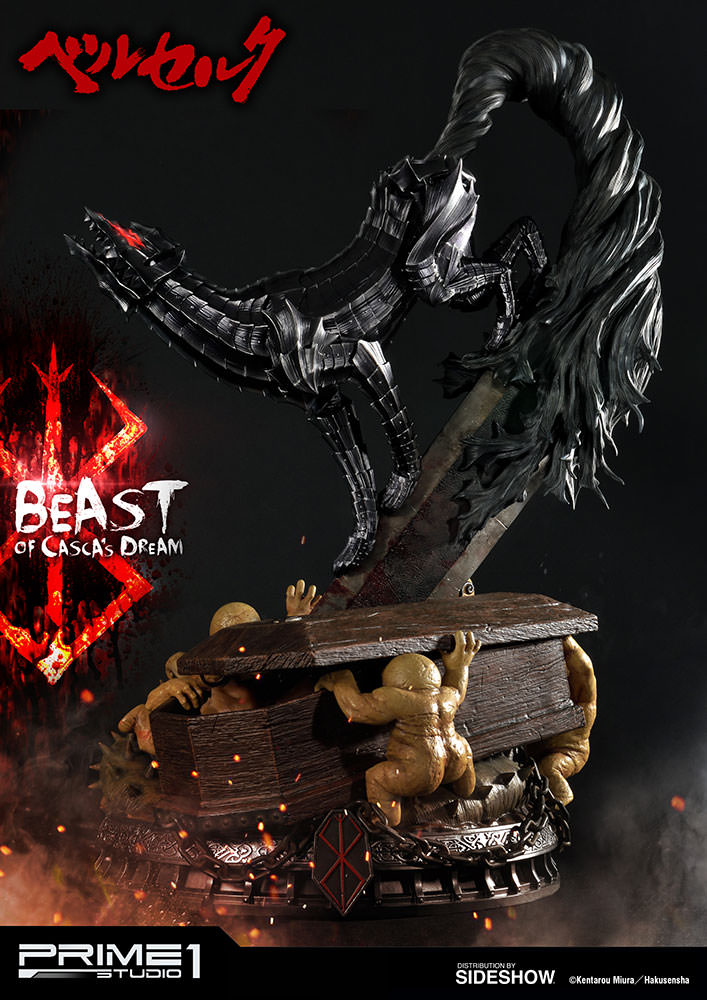 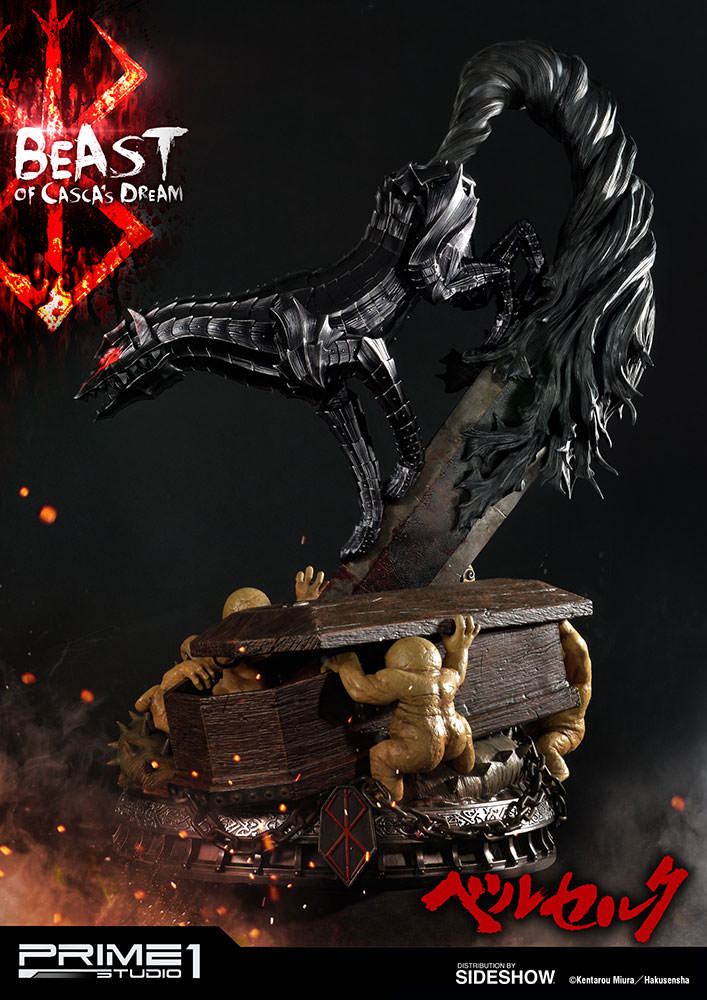 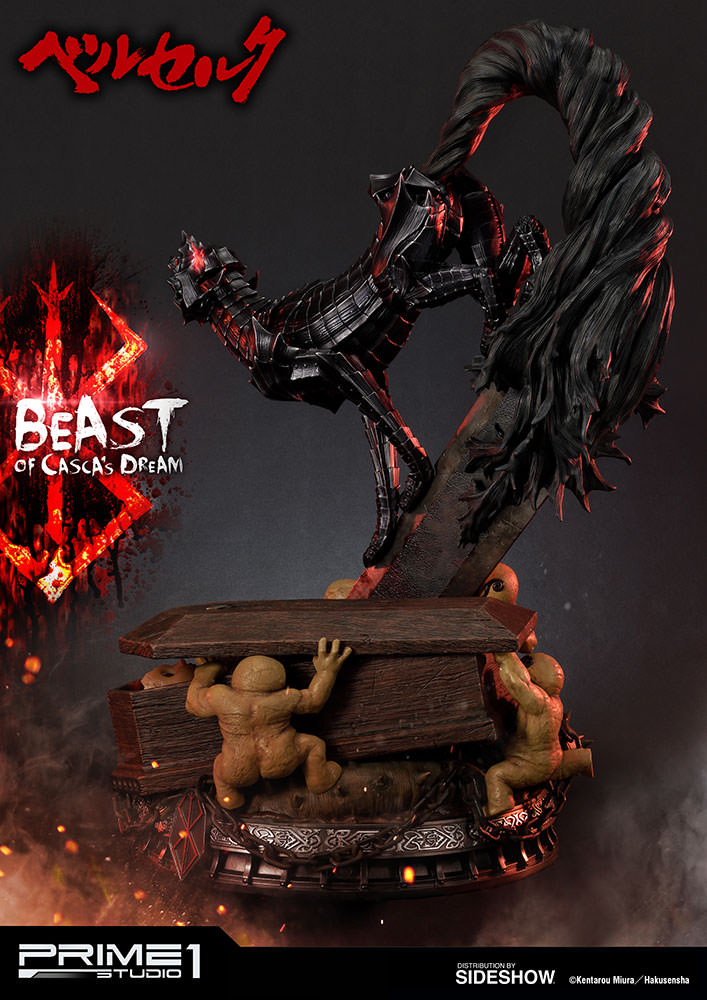 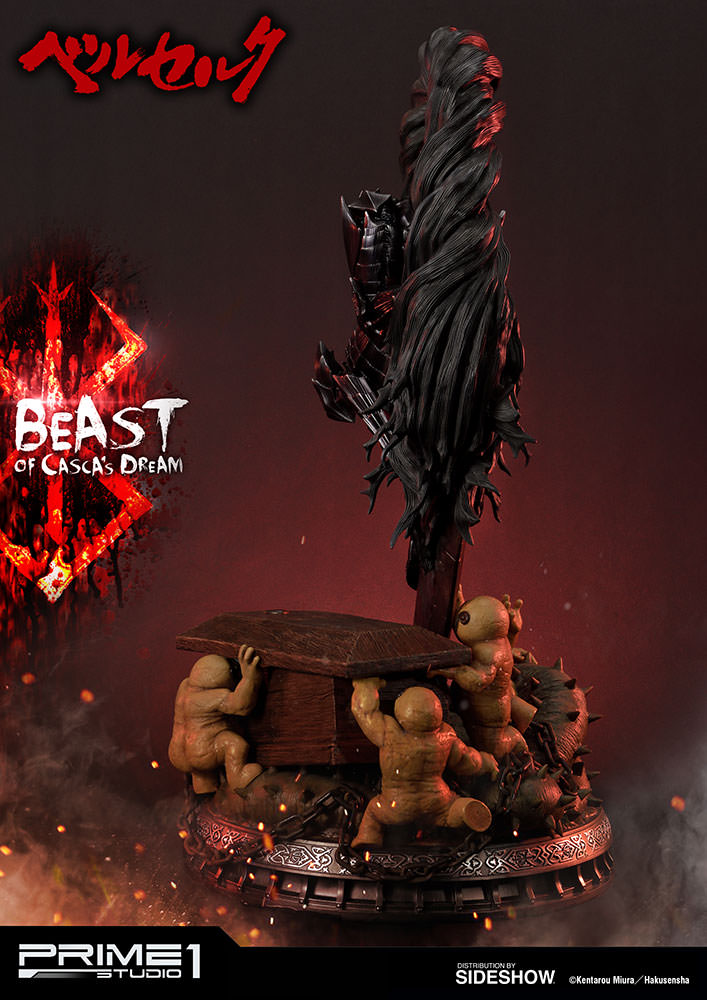 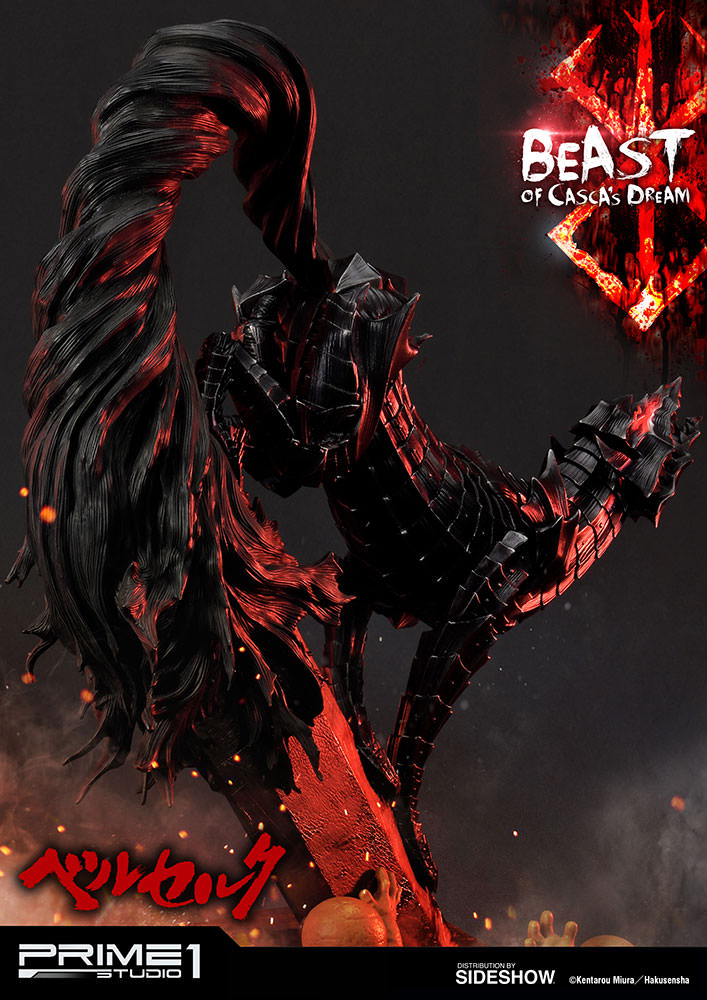 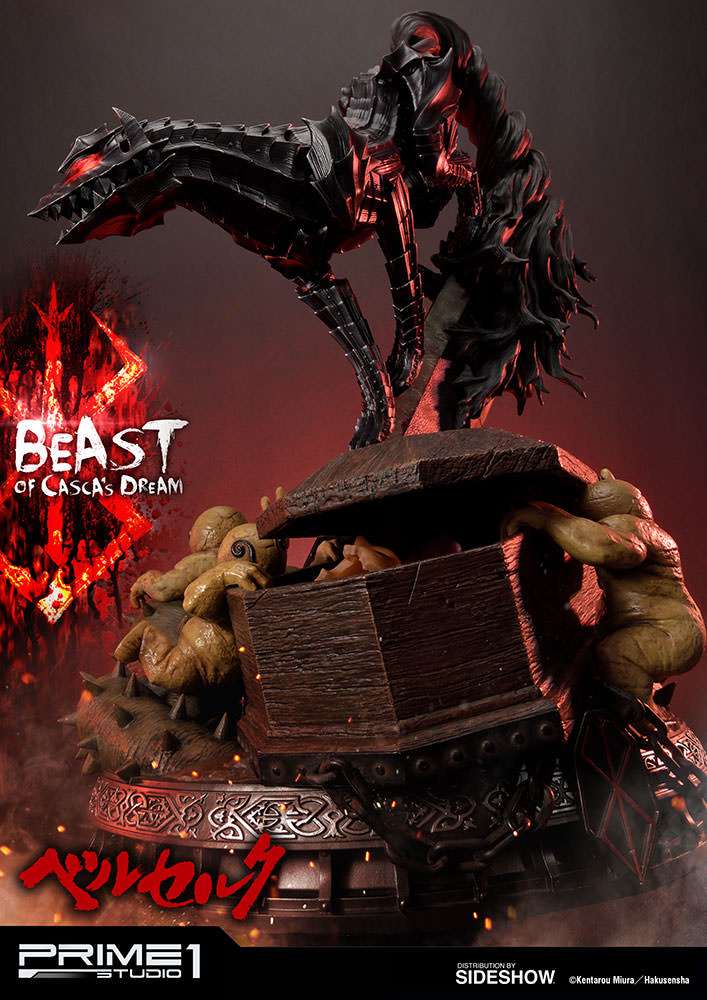 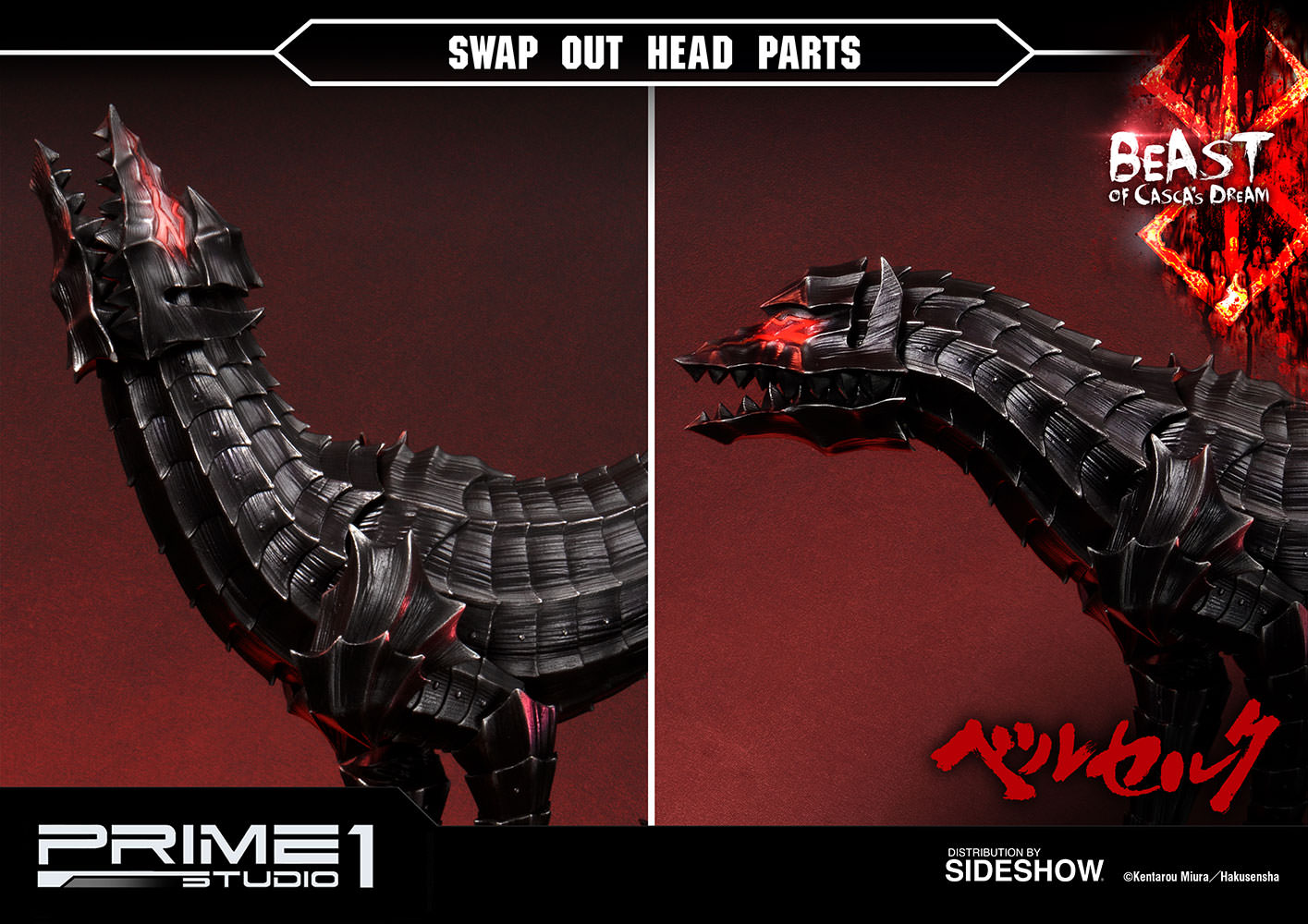 Sideshow and Prime 1 Studio are proud to present the Beast of Casca's Dream 1:4 Scale Statue from Berserk. The Beast of Casca's Dream is the creature specifically to represent Guts in Casca's dream. Guts is the main protagonist of Berserk also known as The Black Swordsman. He represents another form in Casca's dream, a beast wearing the Berserker armor which represents his fear and rage.

This statue has two alternate Portraits with different neck angles. The statue design is based on one of the iconic scene of the recent released of the dark fantasy Manga book. The Beast of Casca's dream is crafted with attention to detail and is true to the original design of the Manga.

This is the must-have for any fan of the Berserk Manga.