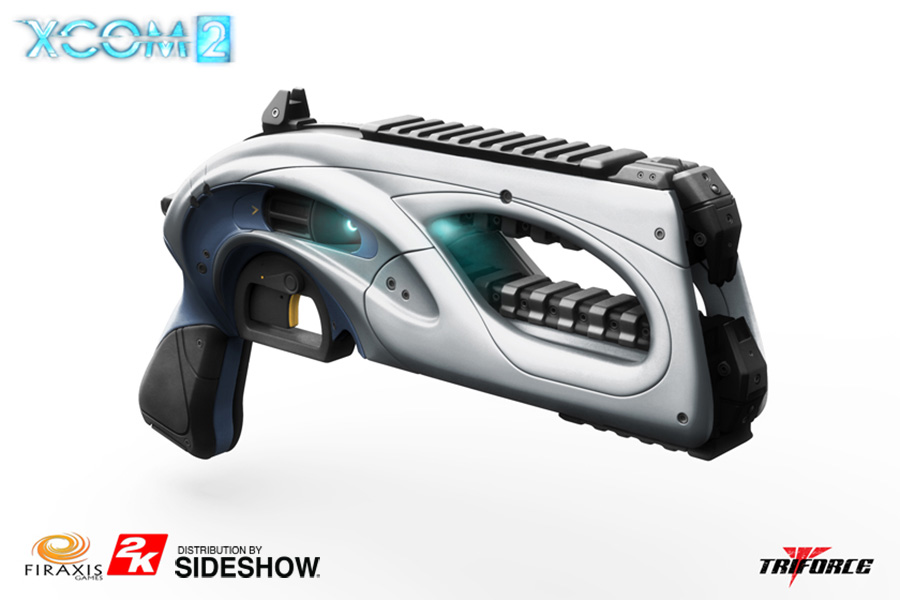 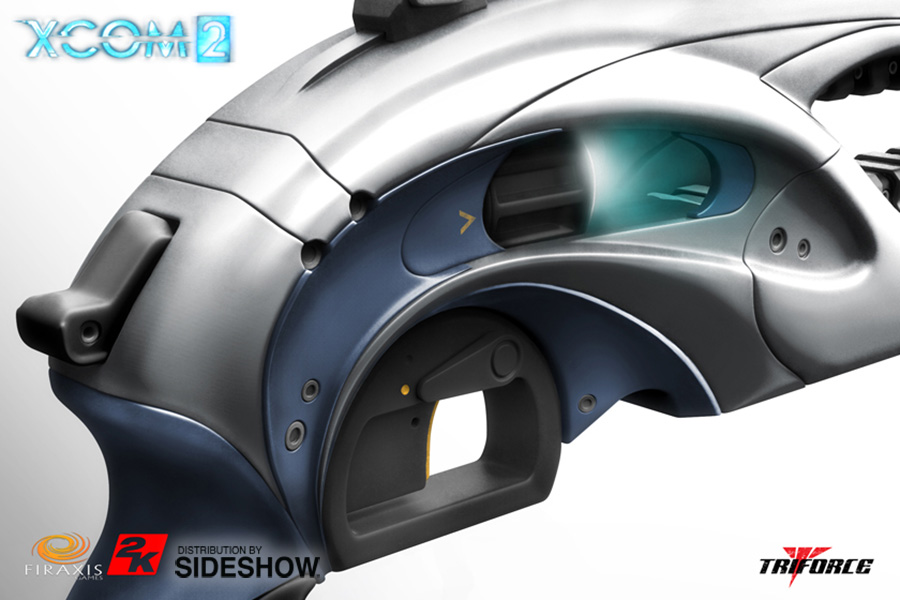 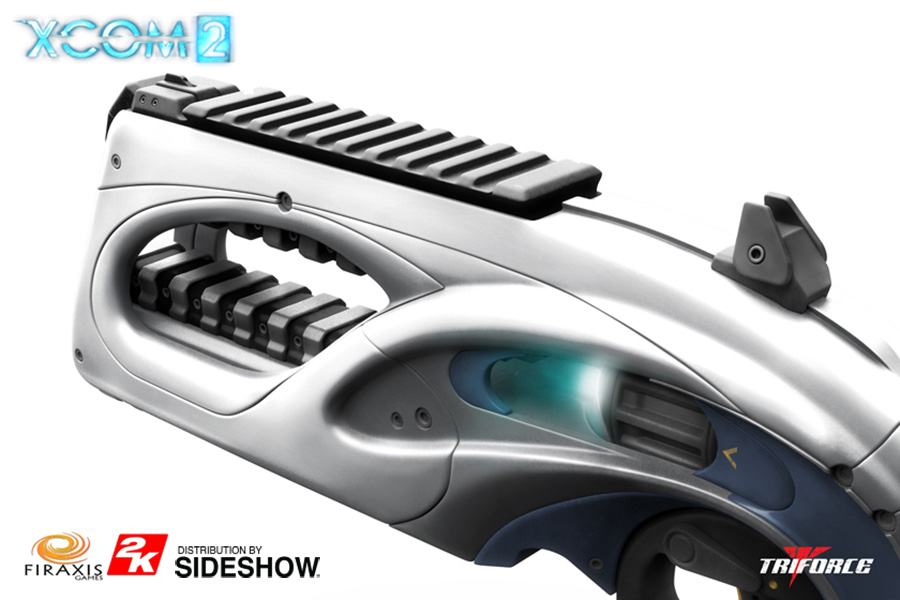 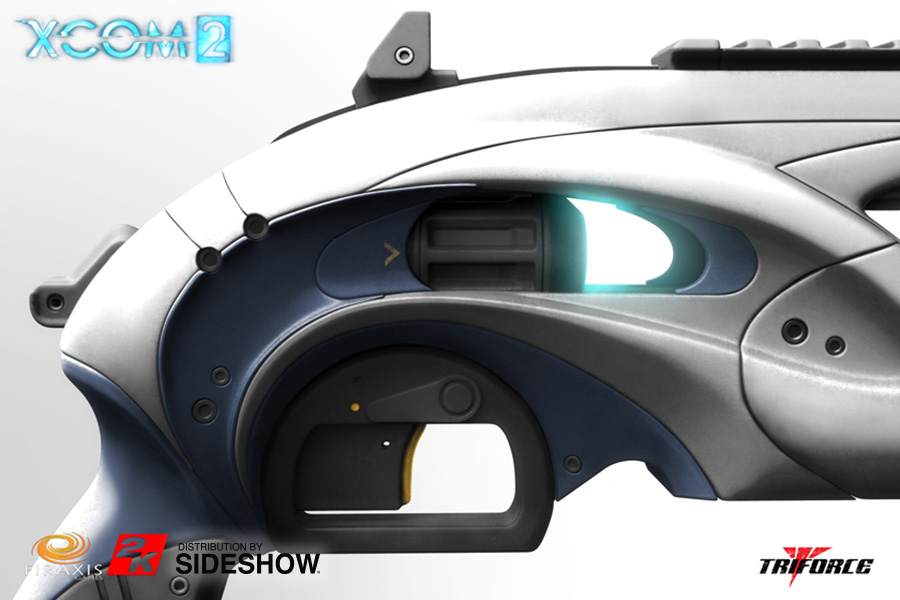 ABOUT THIS PROP REPLICA

Sideshow and TriForce proudly present the officially licensed XCOM 2: Beam Pistol Full-Scale Replica. Masterfully sculpted and painted by the artisans at TriForce, the end result is the most authentic representation of this weapon available on the market.

The XCOM 2: Beam Pistol Full-Scale Replica is hand-finished and painted to precision quality. Intricately crafted and cast in polystone, it measures 12.3" in length, weighs in at 7 pounds, and features working LED effects! Own this authentic piece of video game history.

XCOM's scientists discovered that alien beam weapons operate on the thinnest of margins between ideal power output and catastrophic system failure. Damage to lightly-shielded components could result in the weapon's destruction, and likely the death of the operator. In constructing their beam pistols, XCOM reinforced these key components, resulting in a weapon every bit as powerful as the alien design, but with much safer operating characteristics for the wielder. Callous disregard for their forces might be a hallmark of the alien invaders, but XCOM understands the value that each resistance fighter brings to humanity. Each soldier can rise to heroism in the time of need. Each soldier is potentially the key to victory. Pistol weapons are the secondary weapons for the Sharpshooter class. Sharpshooters have access to Gunslinger skills, which allow them to make effective use of their pistols. This replica accurately depicts the kind of pistol that high-ranking Gunslingers covet compact and packing power beyond any technology humanity could develop on its own. With this pistol, a Gunslinger can bring down or finish off all but the very toughest of enemies on the battlefield. 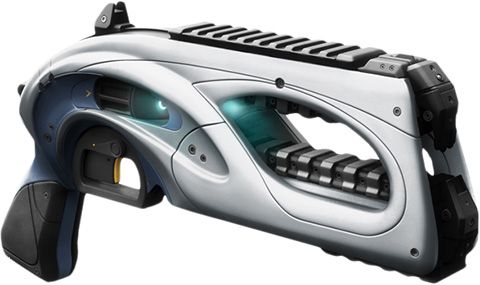