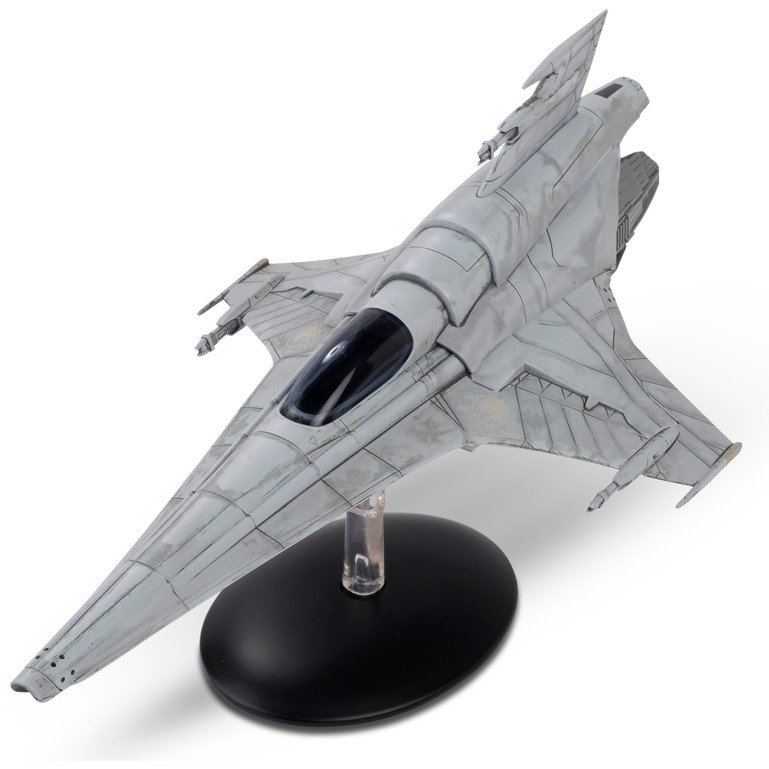 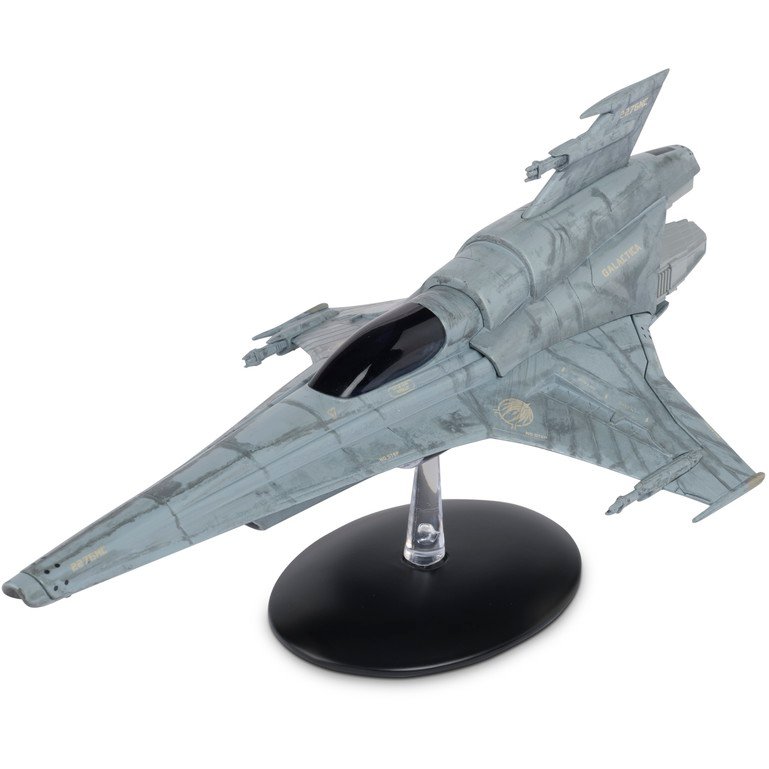 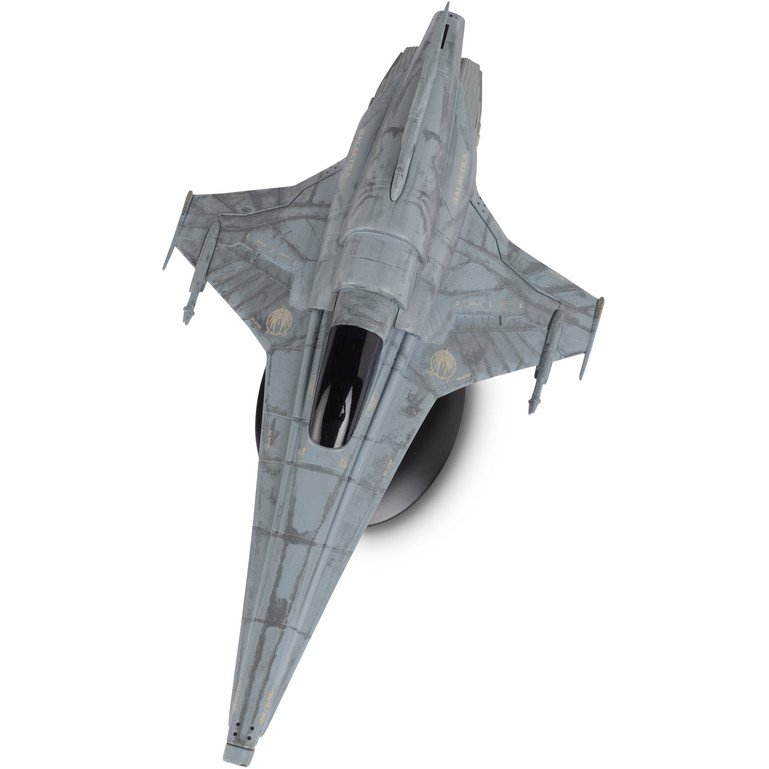 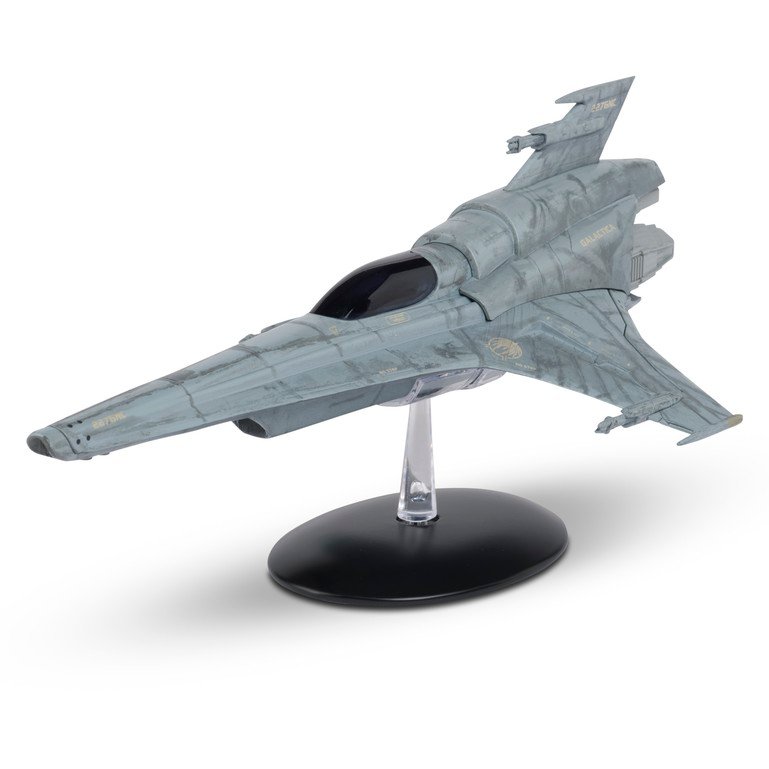 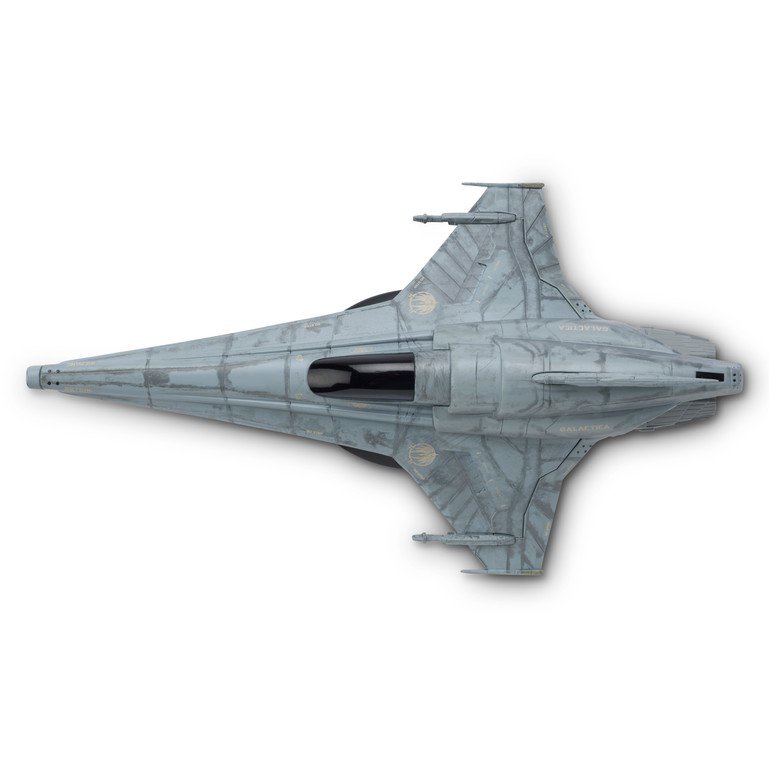 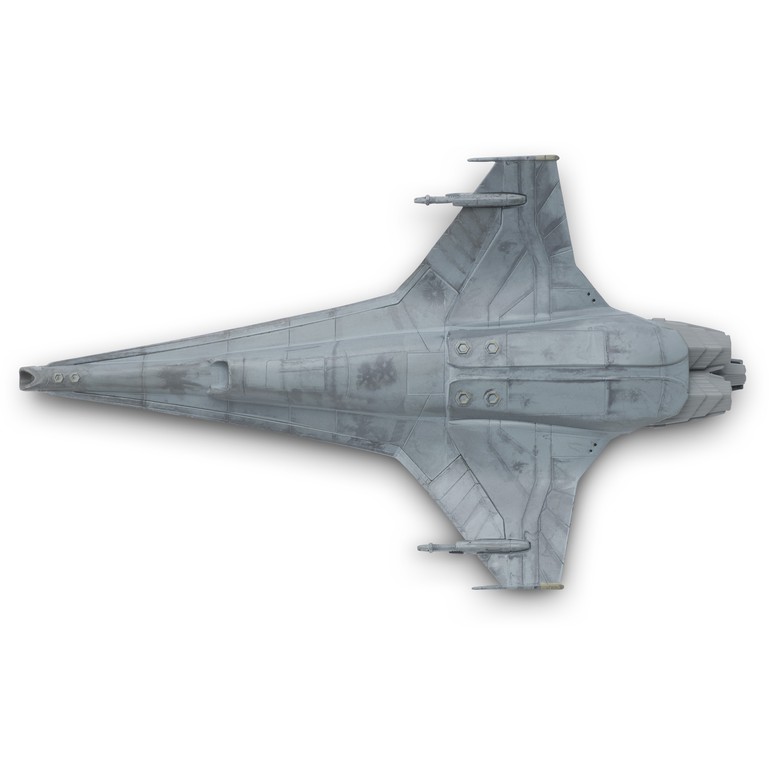 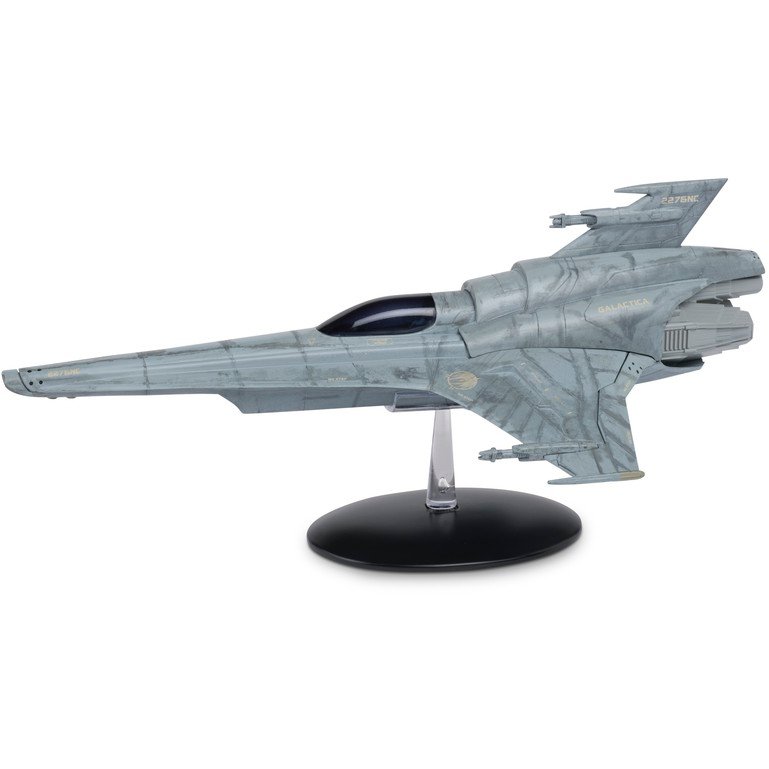 The next edition to the Battlestar Galactica Ships Collection is the Viper Mark VII the Colonial Military's modernised version of the old Viper space superiority fighter.

The Viper Mk VII is the updated model of the Viper Mk II used initially as the first line of defence against the Cylons. The early years of conflict between the Twelve Colonies of Kobol and their Cylon creations, which came to be known as the First Cylon war, took a massive toll on the Colonials. But after 12 years of fighting, without warning, the Cylons sued for peace.

This Battlestar Galactica Viper Mark VII measures 27 cm long and is brought to life in heavyweight die-cast metal and high-quality ABS materials. It captures the ship’s sleek but deadly design, and small details like fuel lines, engine burn, and its modern silver paintwork. We have worked closely with members of the Galactica VFX team to ensure that the model is as accurate as possible.

The ship comes complete with a 16-page collector’s magazine providing an in-depth profile of the ship, exclusive behind the scenes articles, original design sketches, and an interview with the series developer, Ronald D. Moore.