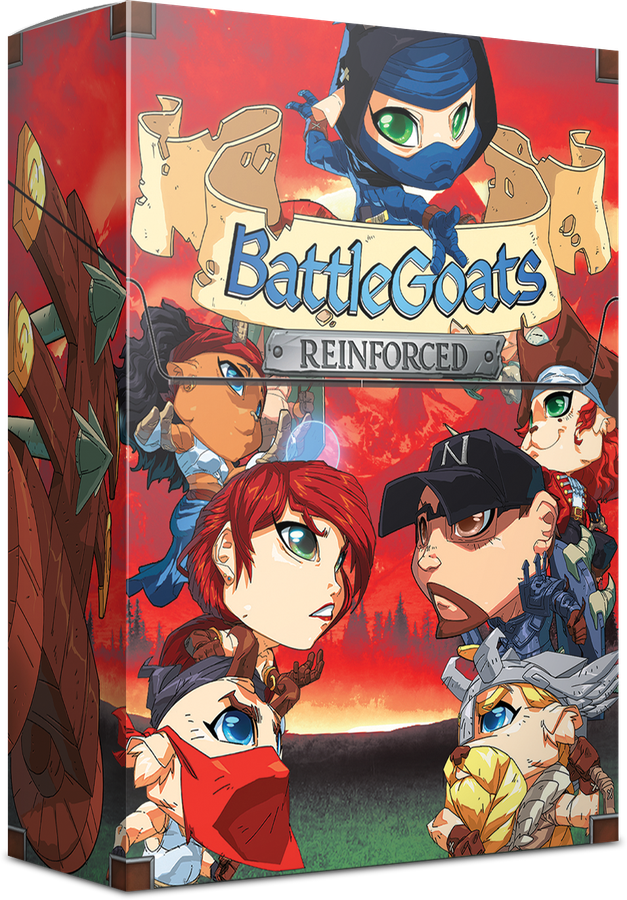 BattleGoats is a modern combination of Memory & War where players alternate turns in card battle to determine a winner using the highest number value. Every card in the game has a unique ability or modifier causing number values to change as the game goes on. The person with the last card in play wins. Rules are easy to pick up and games play in as little as 5-30 minutes.

BattleGoats: Reinforced is a full reprint + expansion which replaces the original base game entirely. It is a standalone game, not just an expansion to the original.

Reinforced adds 1 new Hero, 21 Goats, 2 Equipment, and 2 Creatures to the mix! All copies of BattleGoats going forward will be Reinforced, meaning they will contain all 81 unique cards ready to battle out of the box. (Reinforced includes all of the original 55 cards, plus the 7 added via Kickstarter Stretch Goals.)