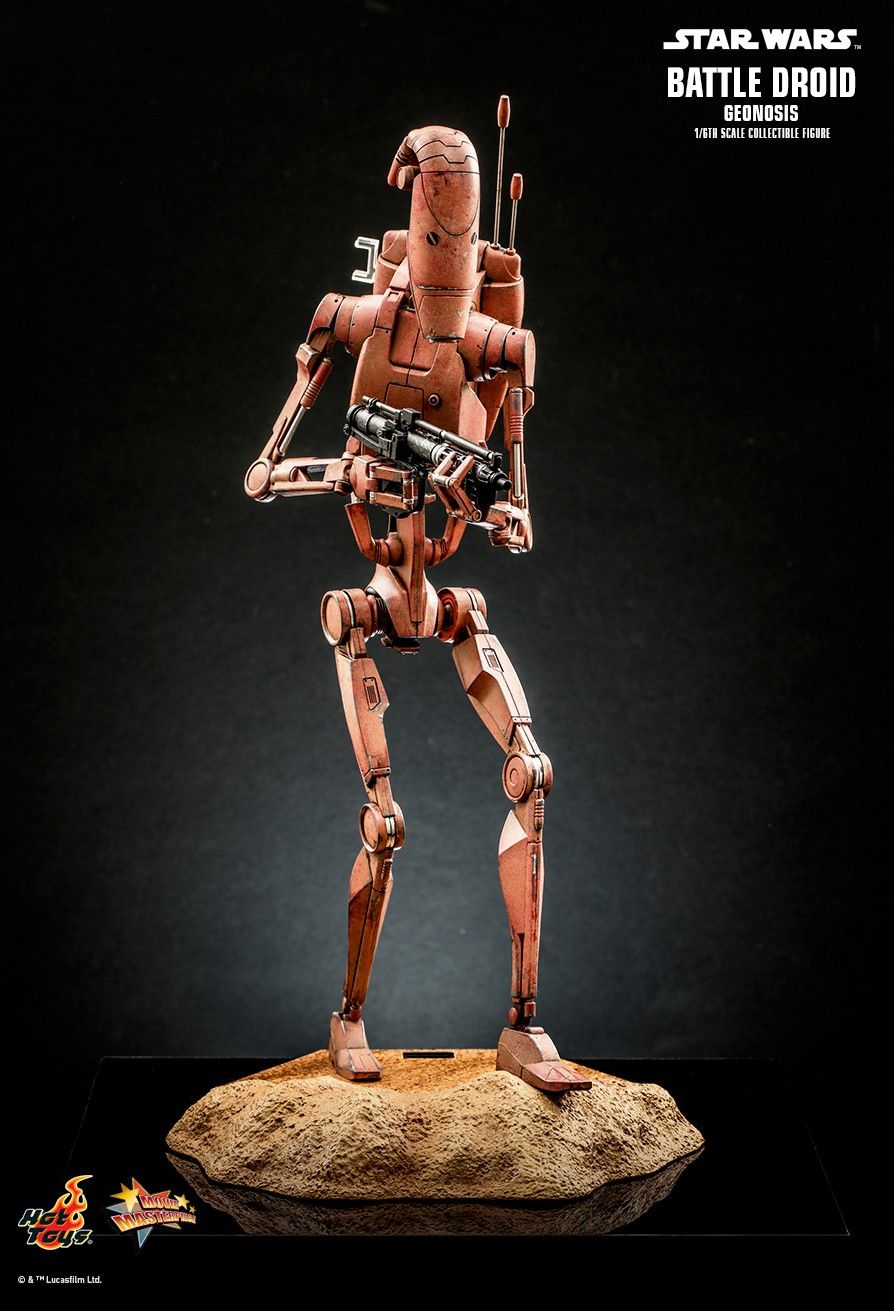 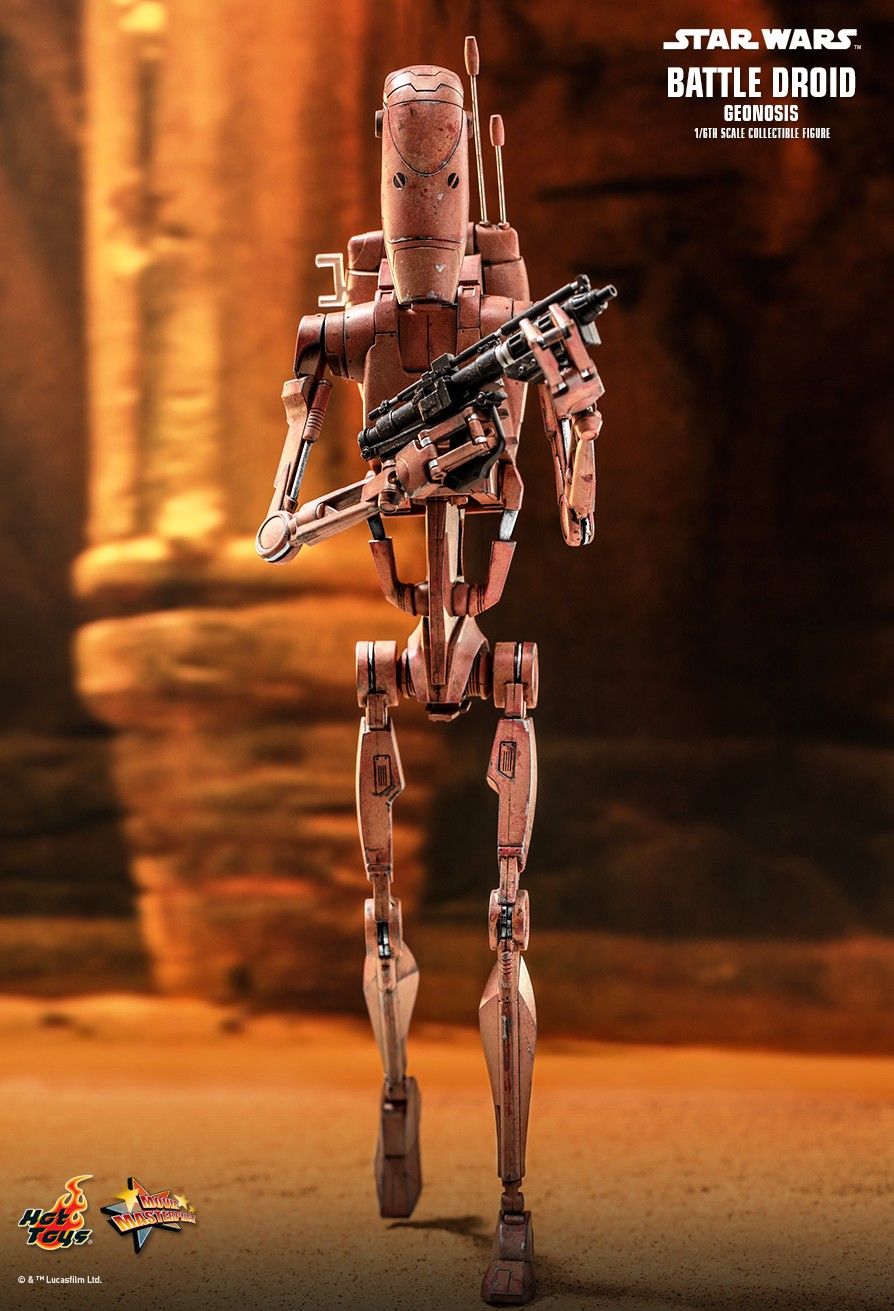 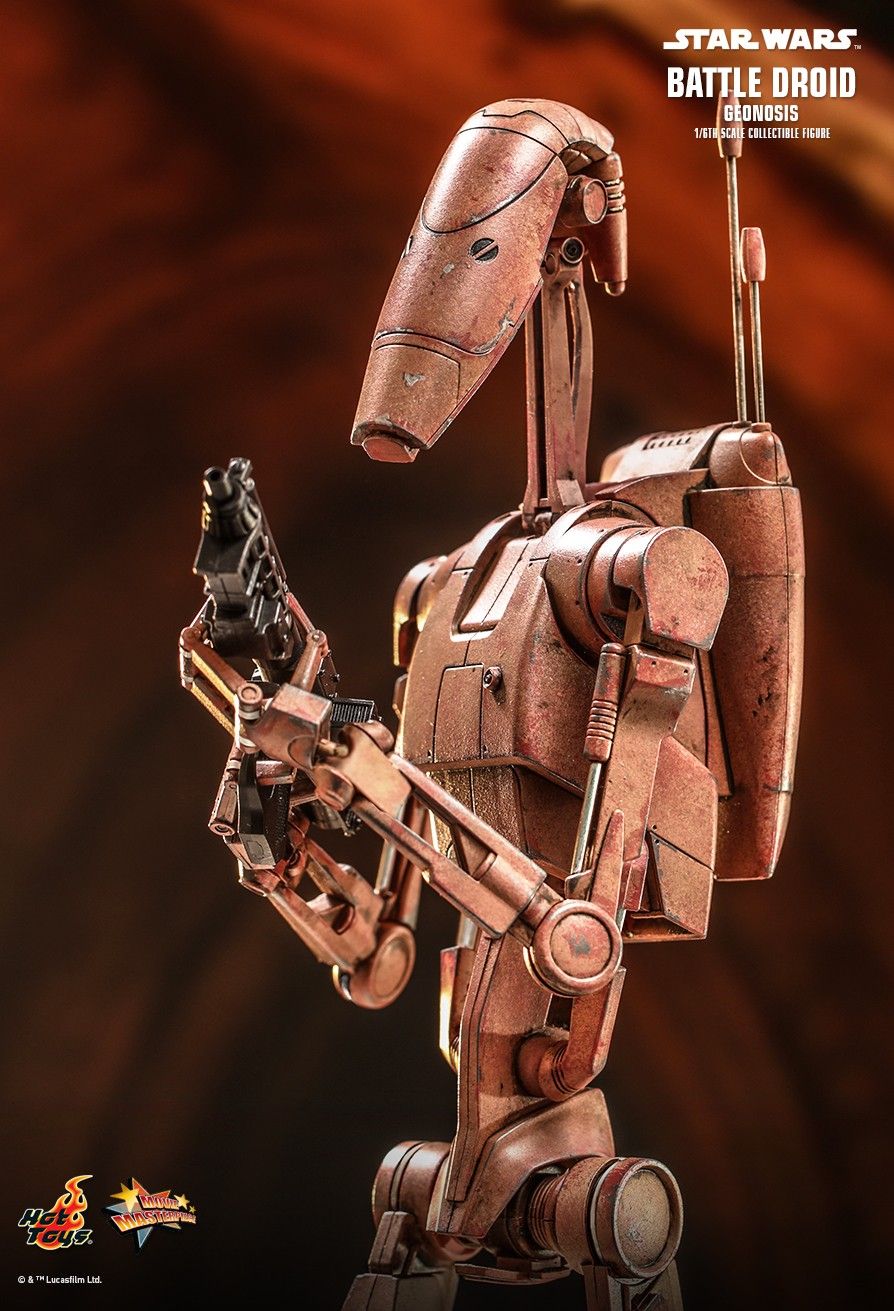 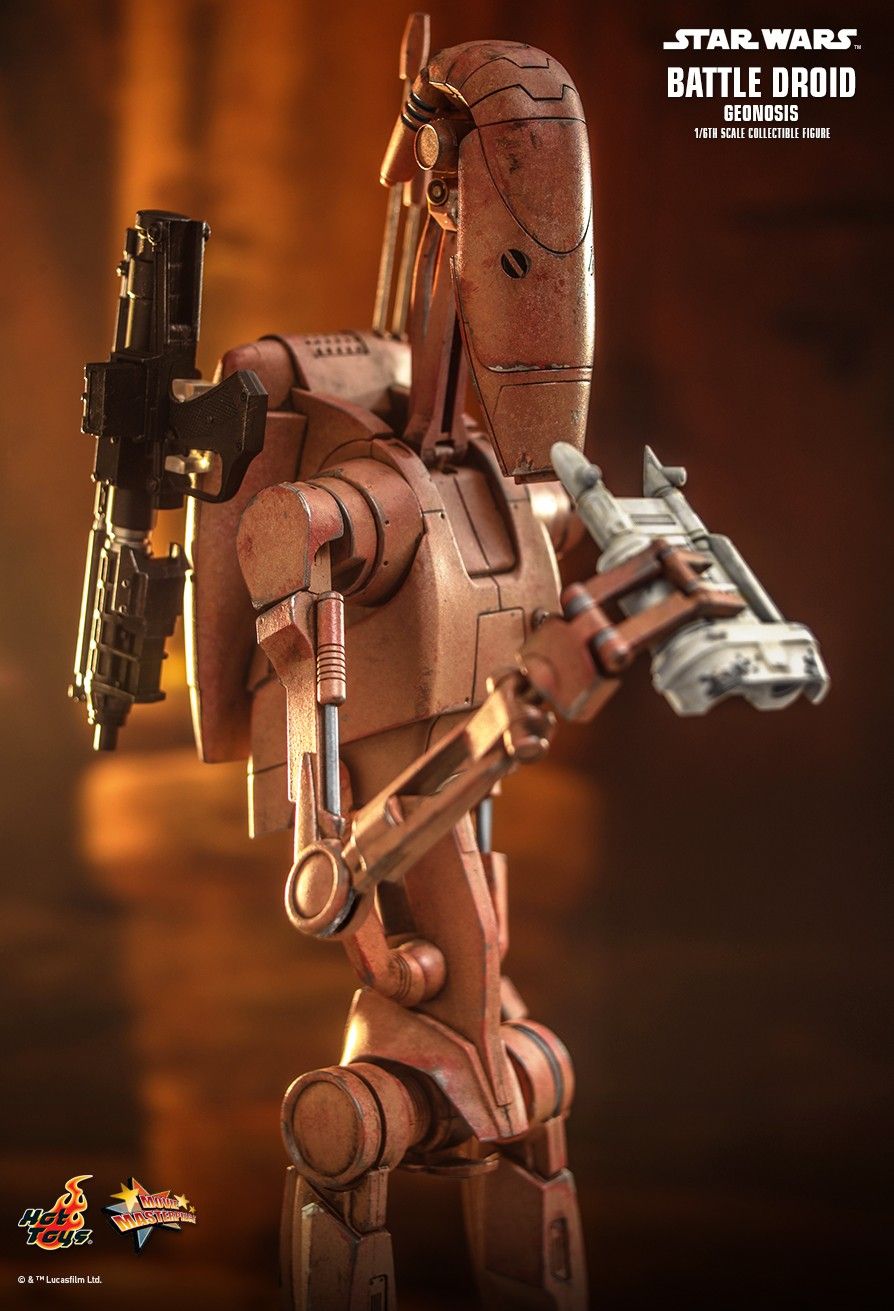 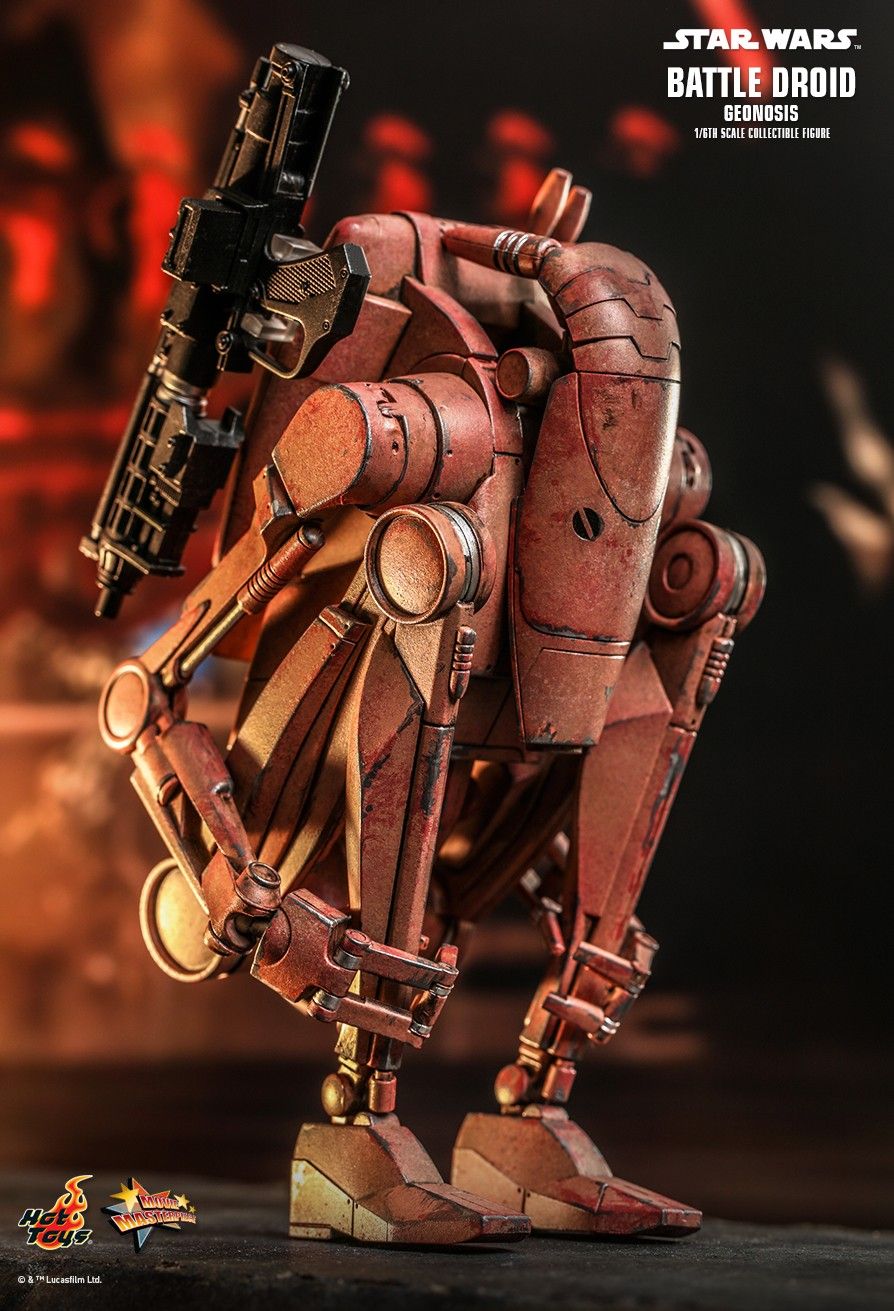 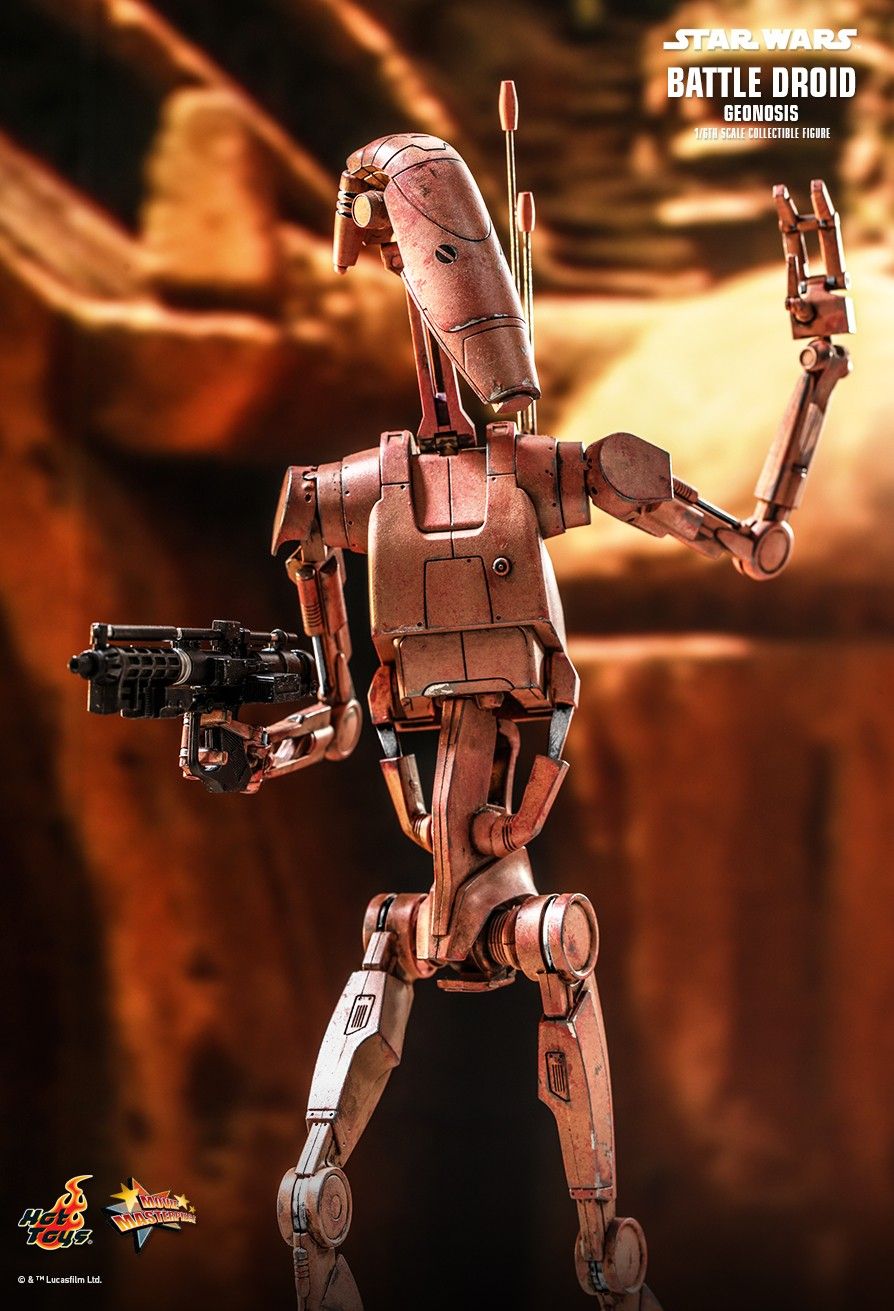 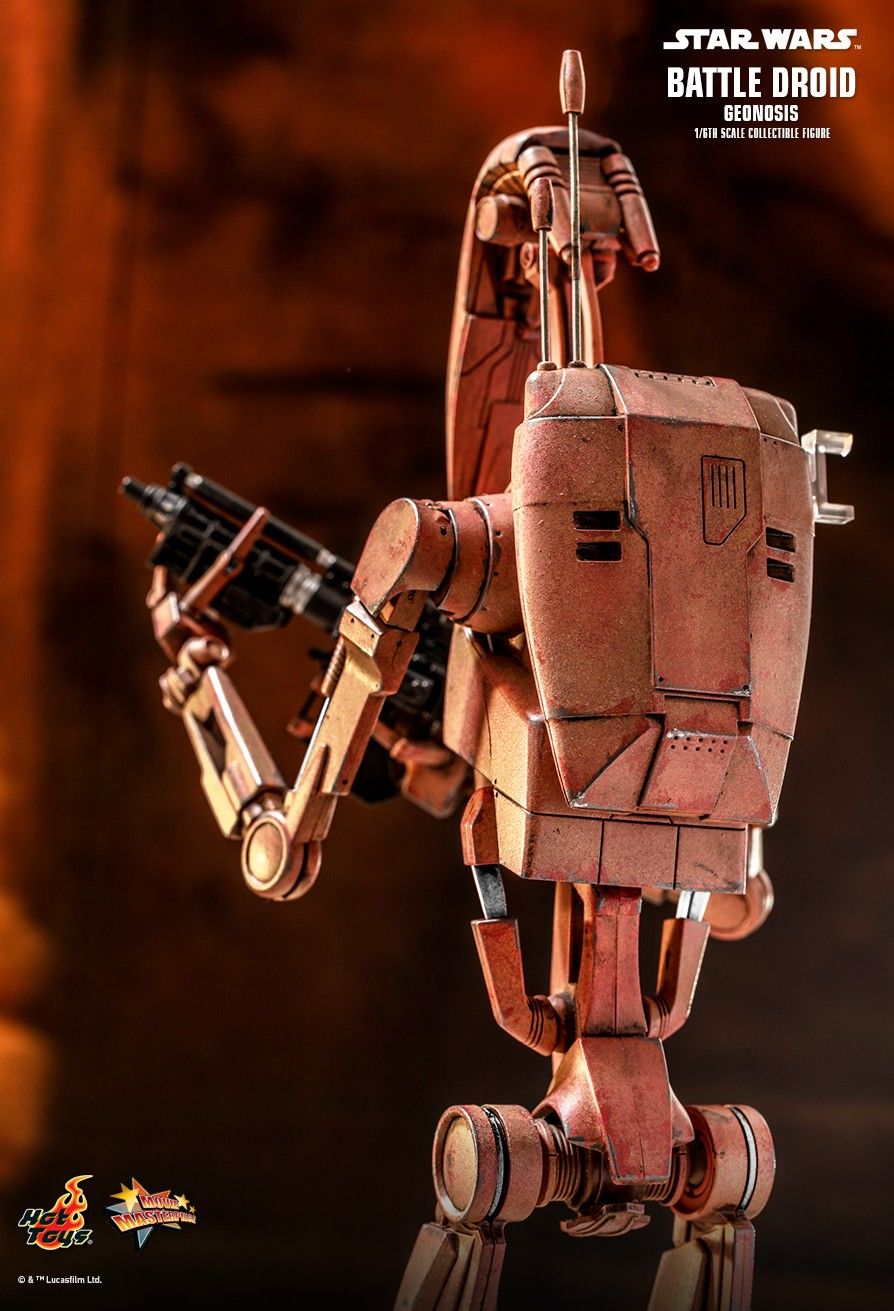 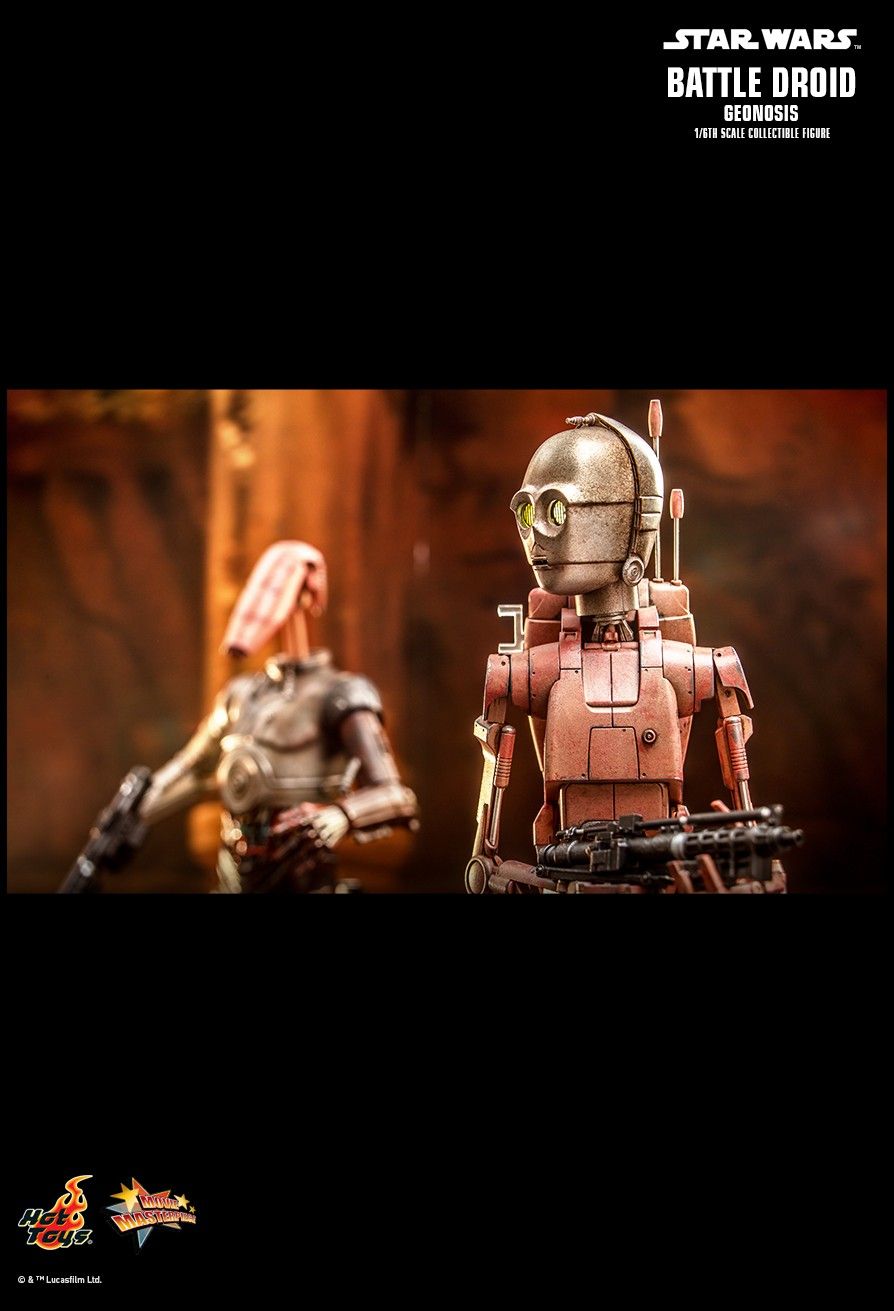 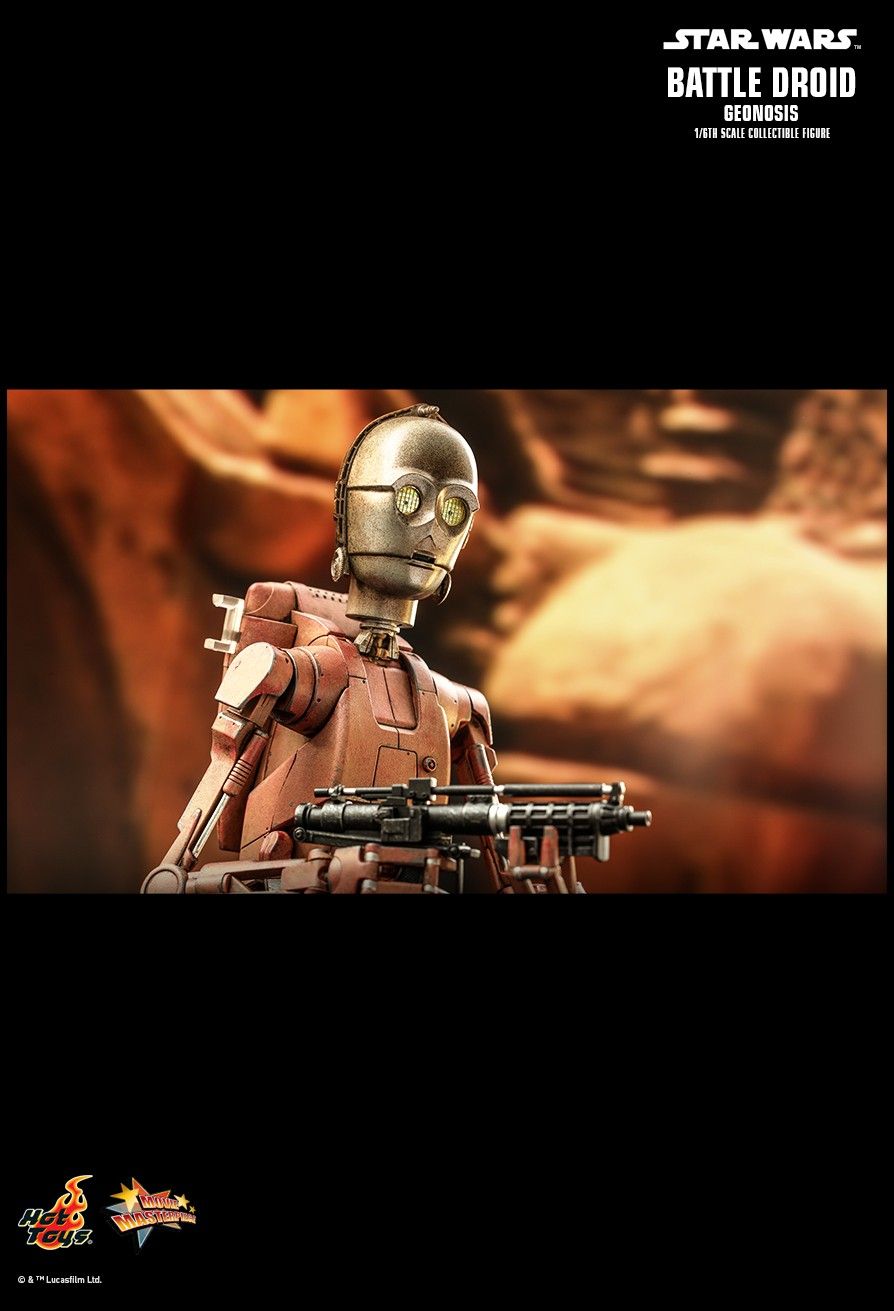 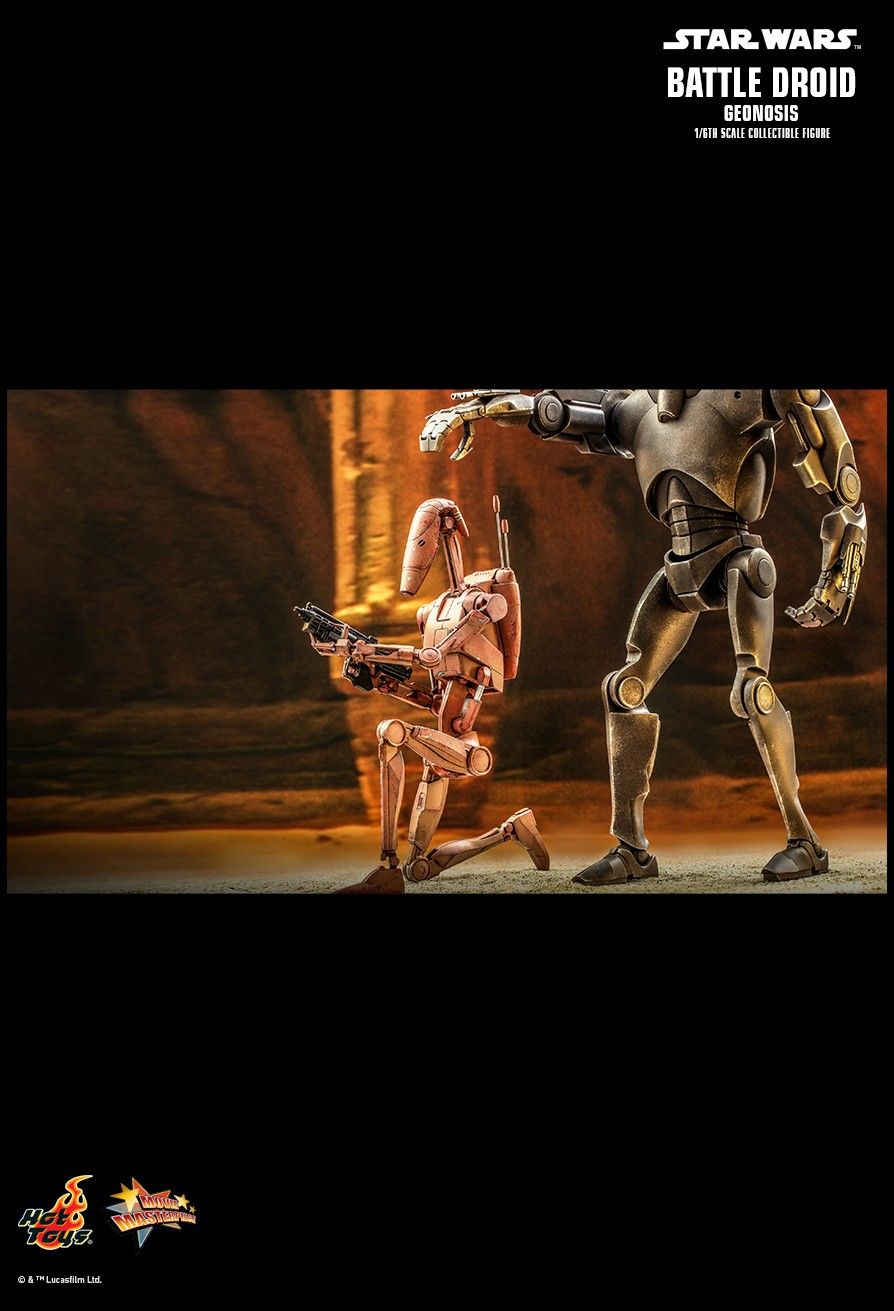 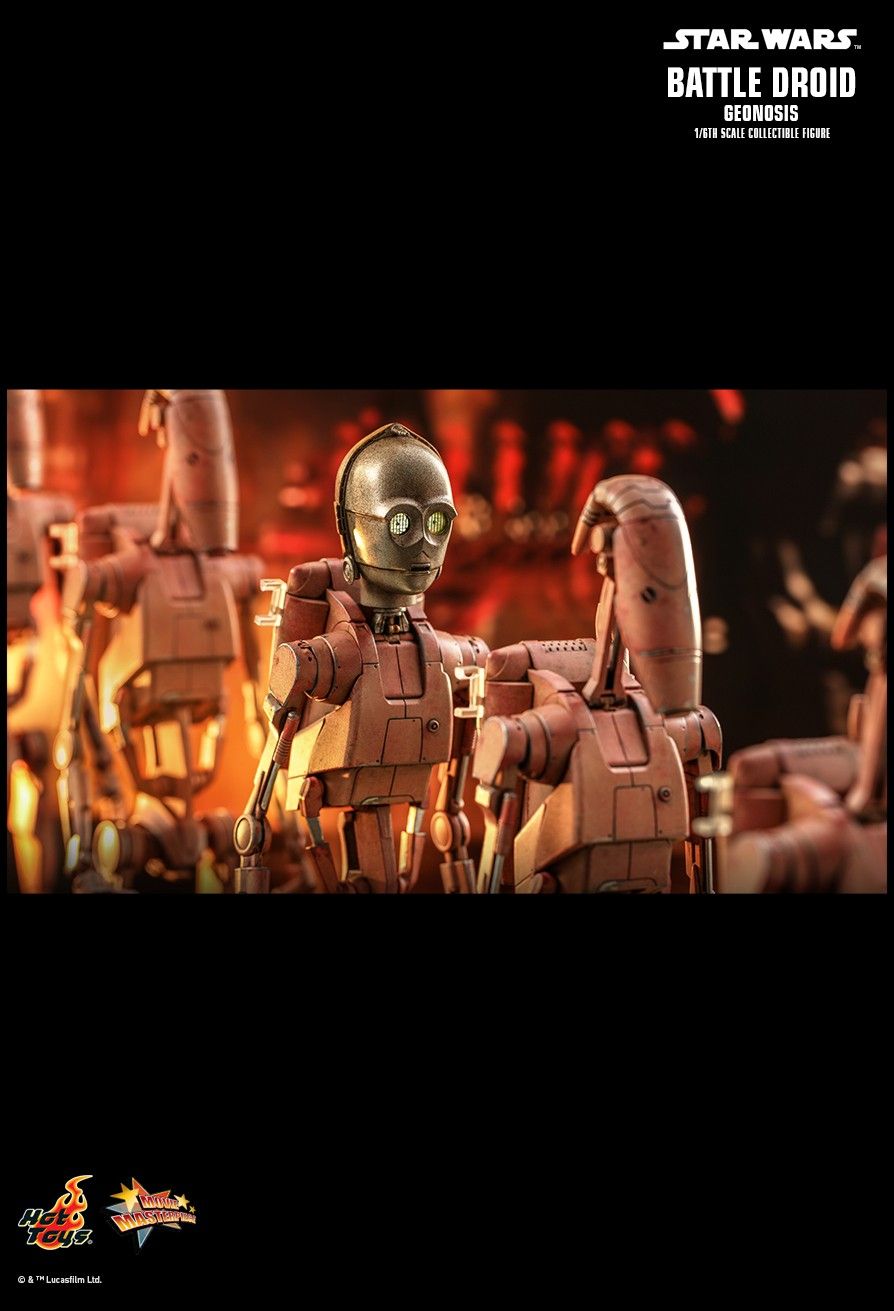 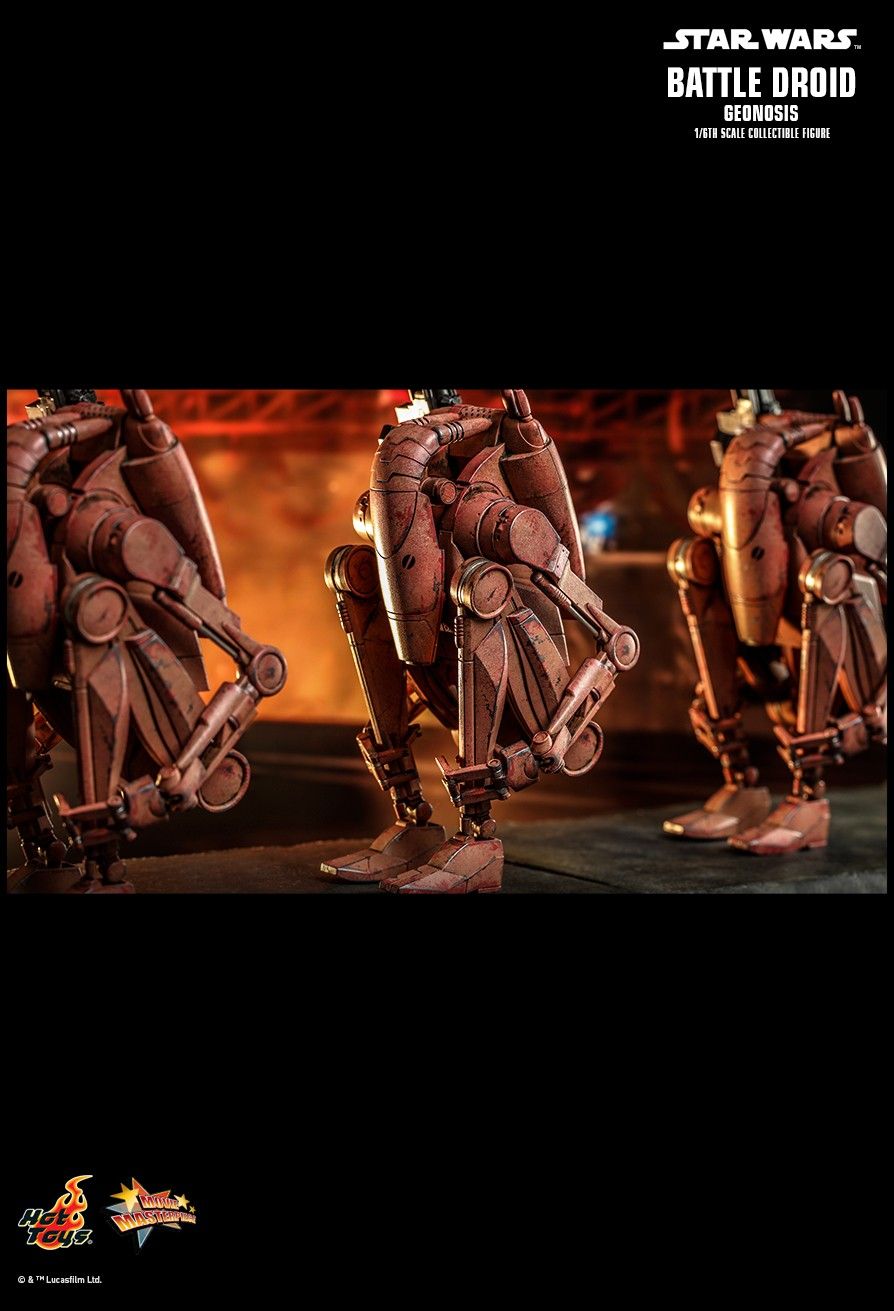 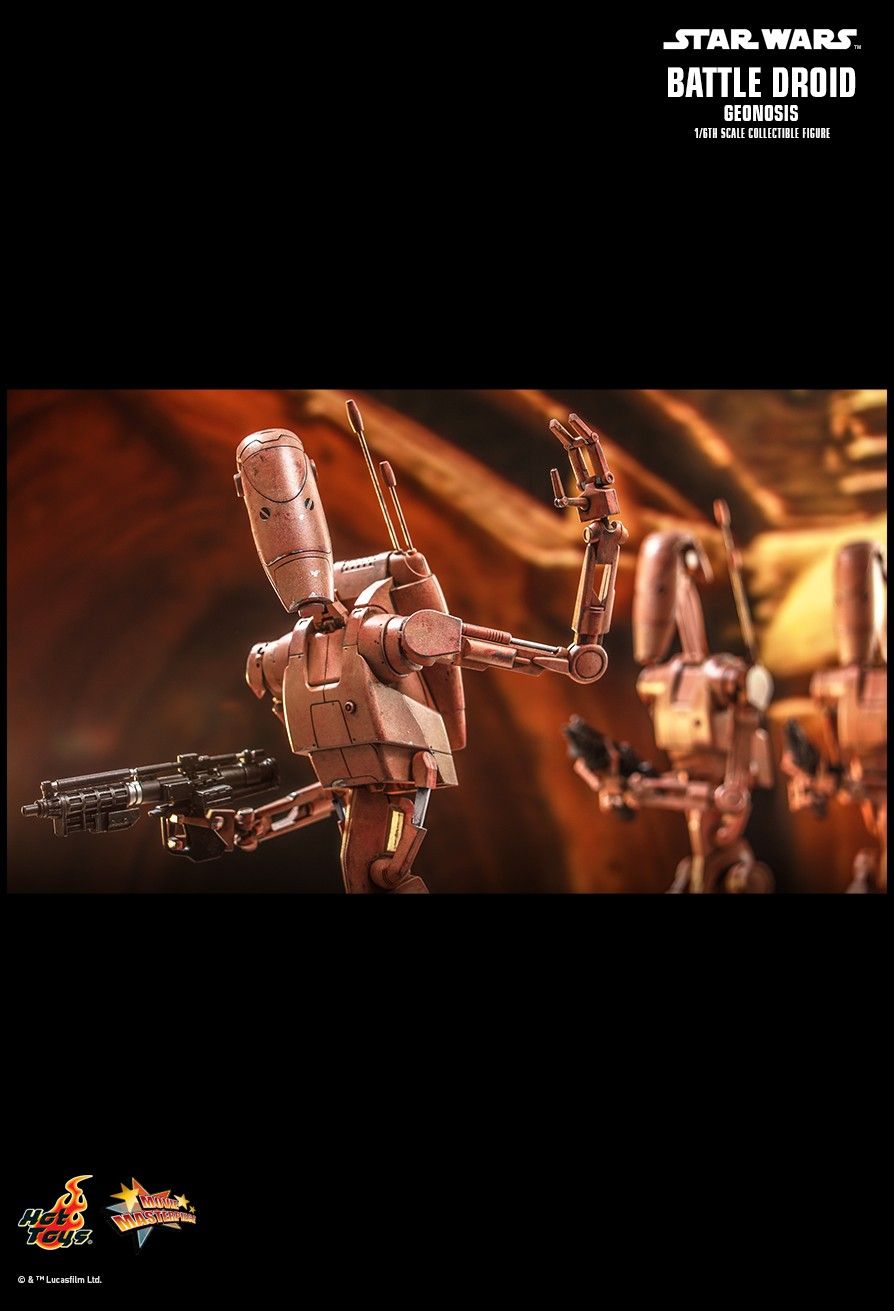 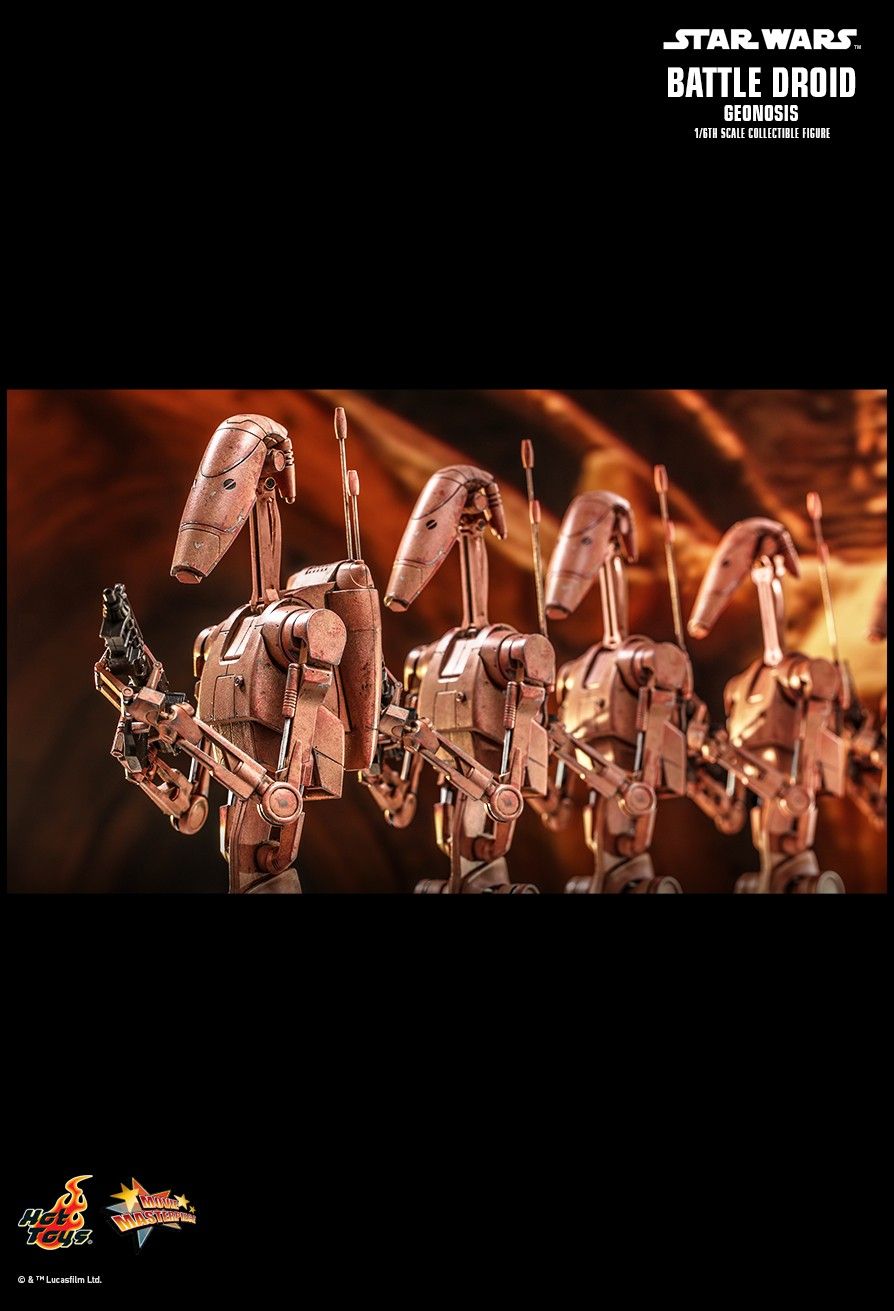 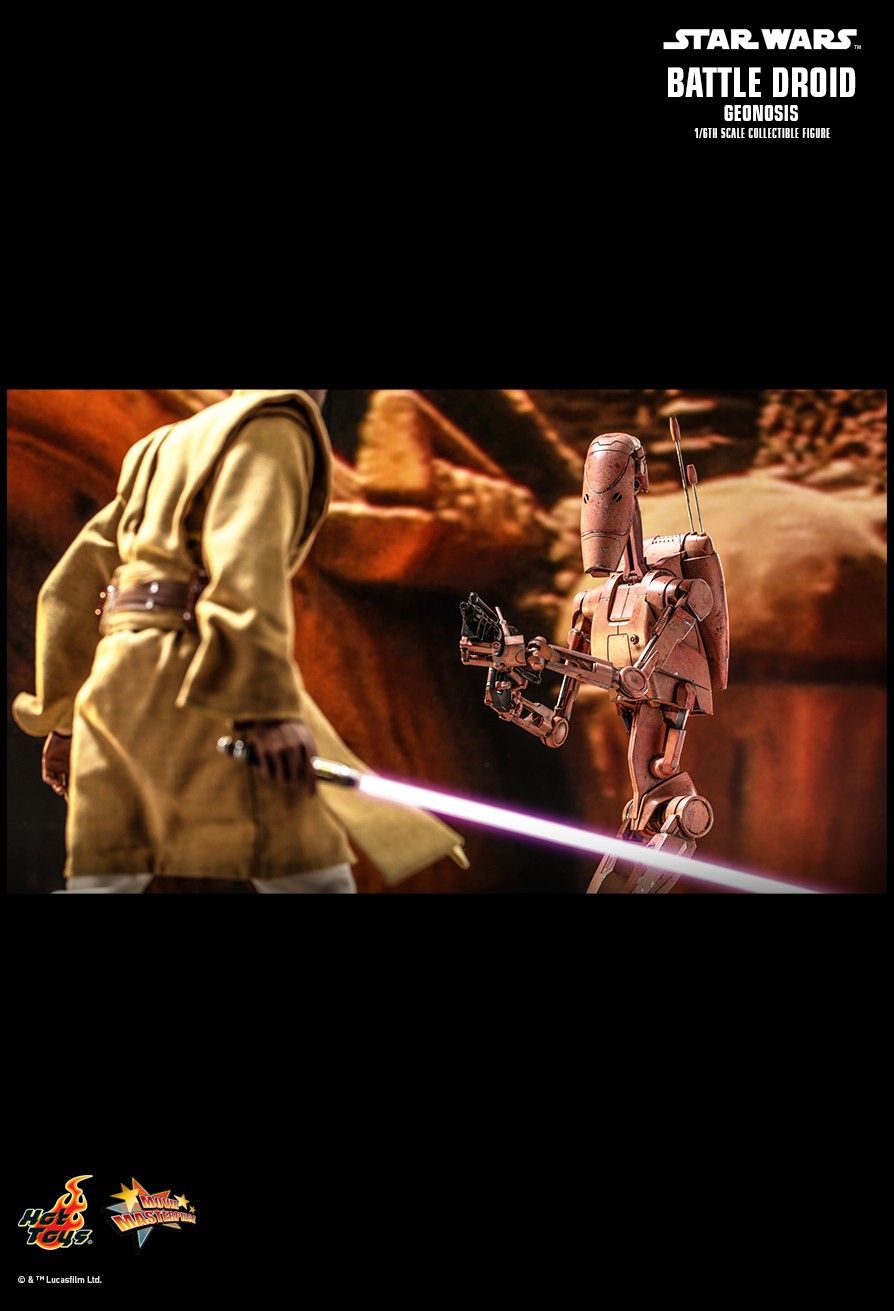 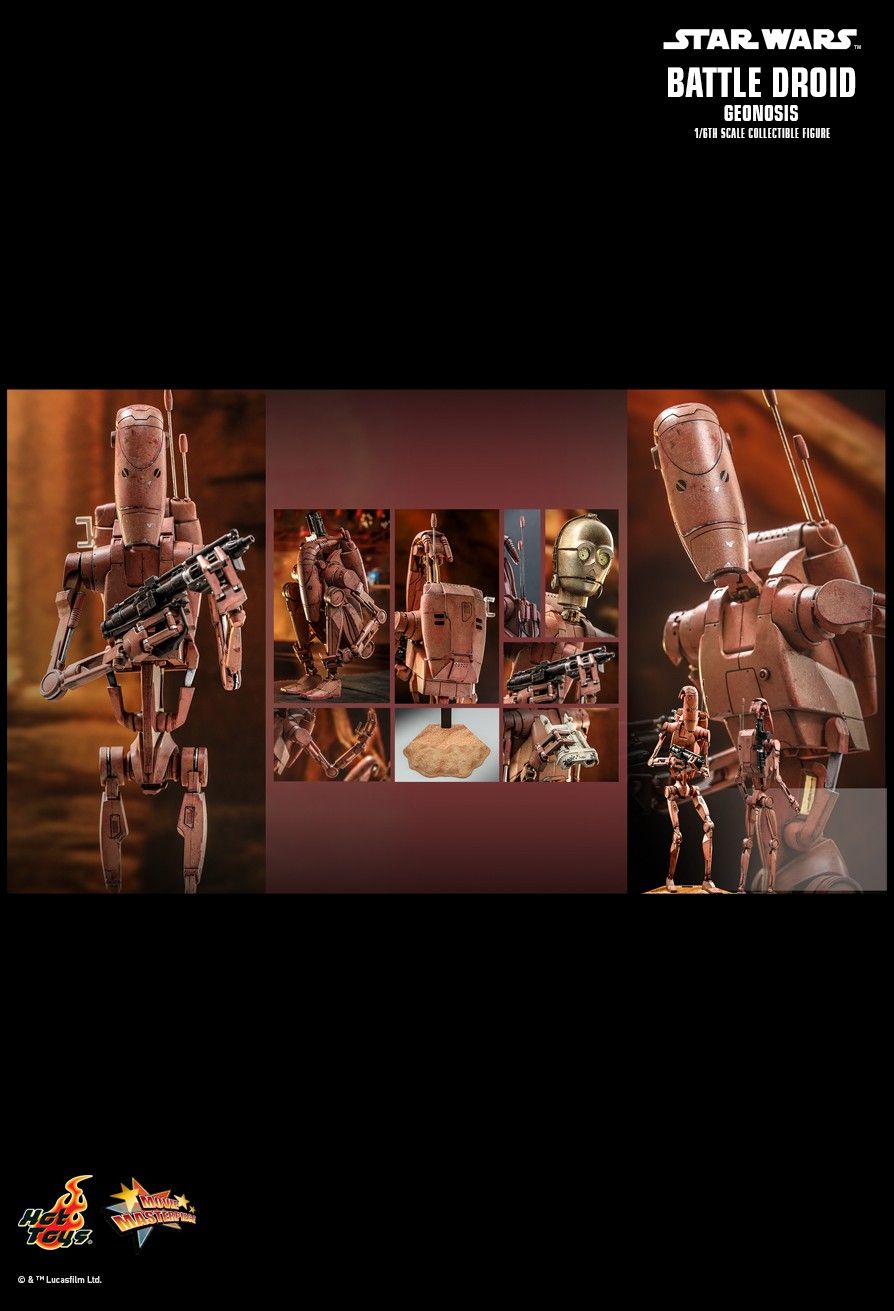 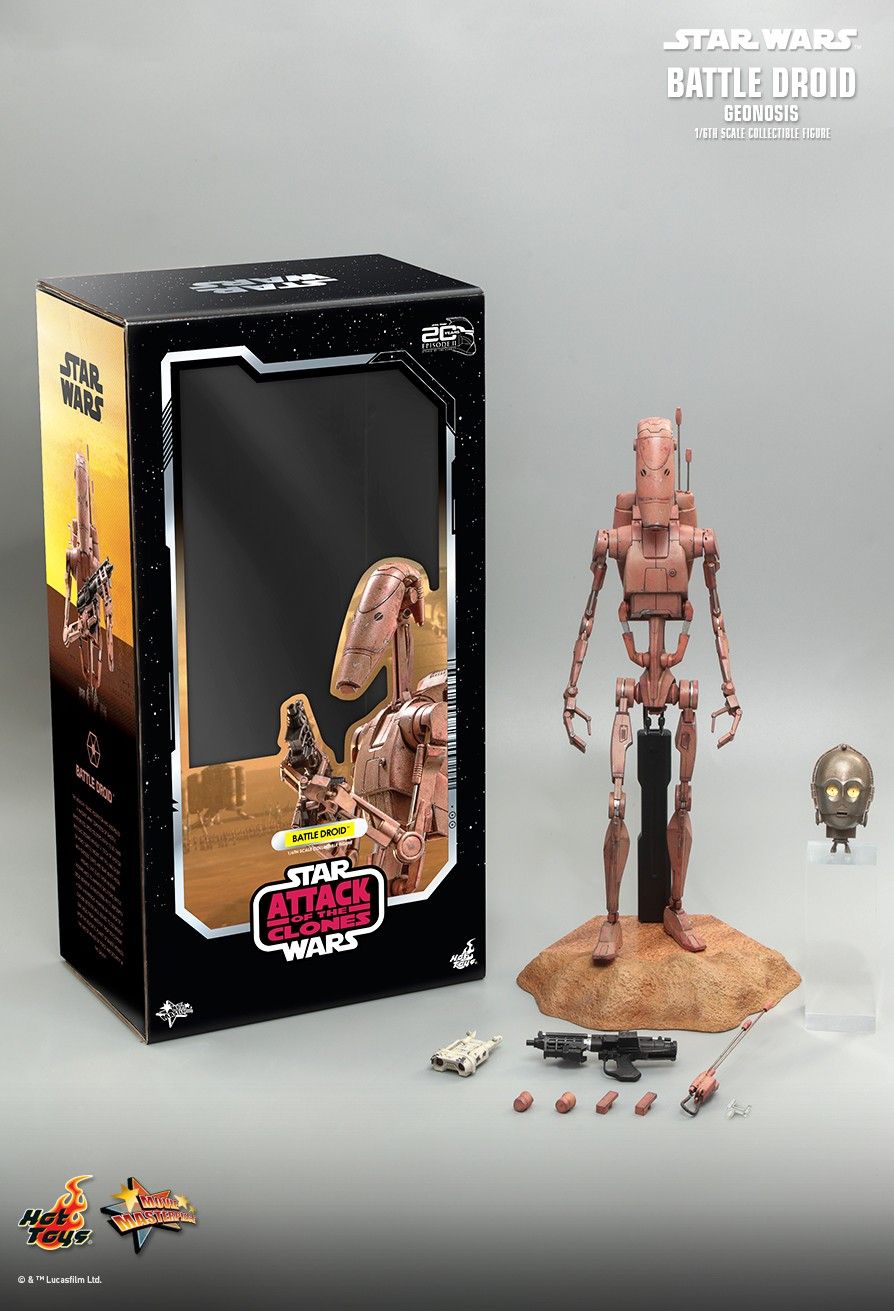 Rather than use flesh-and-blood warriors, the Separatists prefer mindlessly loyal soldiers that are easily controlled. The soulless ranks of their armies are dominated by tall, thin B1 battle droids built as mechanical imitations of their Geonosian™ designers.

Celebrating the 20th anniversary of Star Wars: Attack of the Clones™, Hot Toys is excited to present a series of Star Wars collectibles based on this landmark film for fans!

The new Battle Droid (Geonosis) Sixth Scale Collectible Figure is inspired by the battle droid’s appearance in the Geonosis™ arena battle. It features a newly developed mechanical structure with exceptional articulations, a blaster rifle, a pair of binoculars, a sand-themed figure base, an interchangeable C-3PO™ head recreating the comical scenes when the droids were misconfigured, and a specially designed commemorative packaging!

It is now a great time to add battle droids into your Star Wars™ collection!