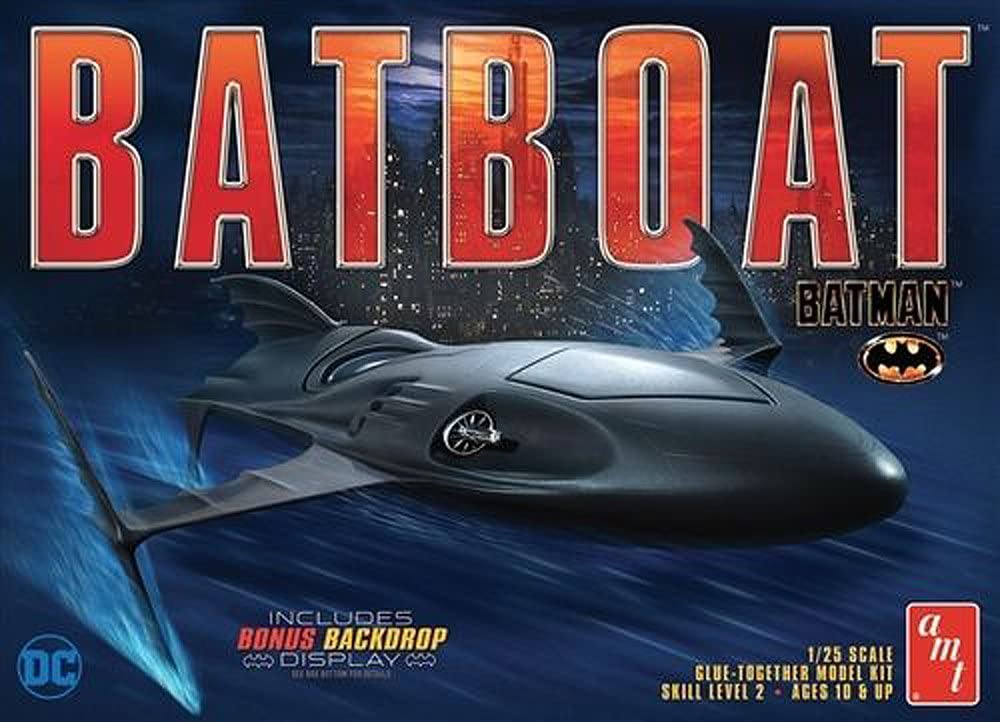 In the climax of BATMAN RETURNS™, BATMAN™ used the BATBOAT to travel through the GOTHAM CITY underground drainage system to infiltrate the lair of THE PENGUIN. Among its gadgets, the craft features radar,. This crime-fighting tool allowed BATMAN to study the positions of the Rocket-Armed penguins that had been preparing to attack plaza at the center of GOTHAM CITY. With the plot foiled, BATMAN turned his attention to spoiling The Penguin’s escape and restoring peace once again for the citizens of GOTHAM CITY.

This simple-to-assemble AMT model kit captures the BATBOAT in great detail. Parts can be snapped together and joints stabilized with glue if desired. It is injected in black plastic with dark tint clear window parts and a full color GOTHAM CITY underground river backdrop display.