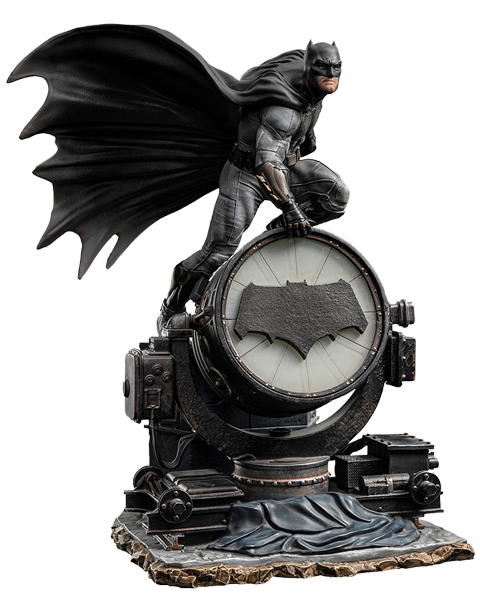 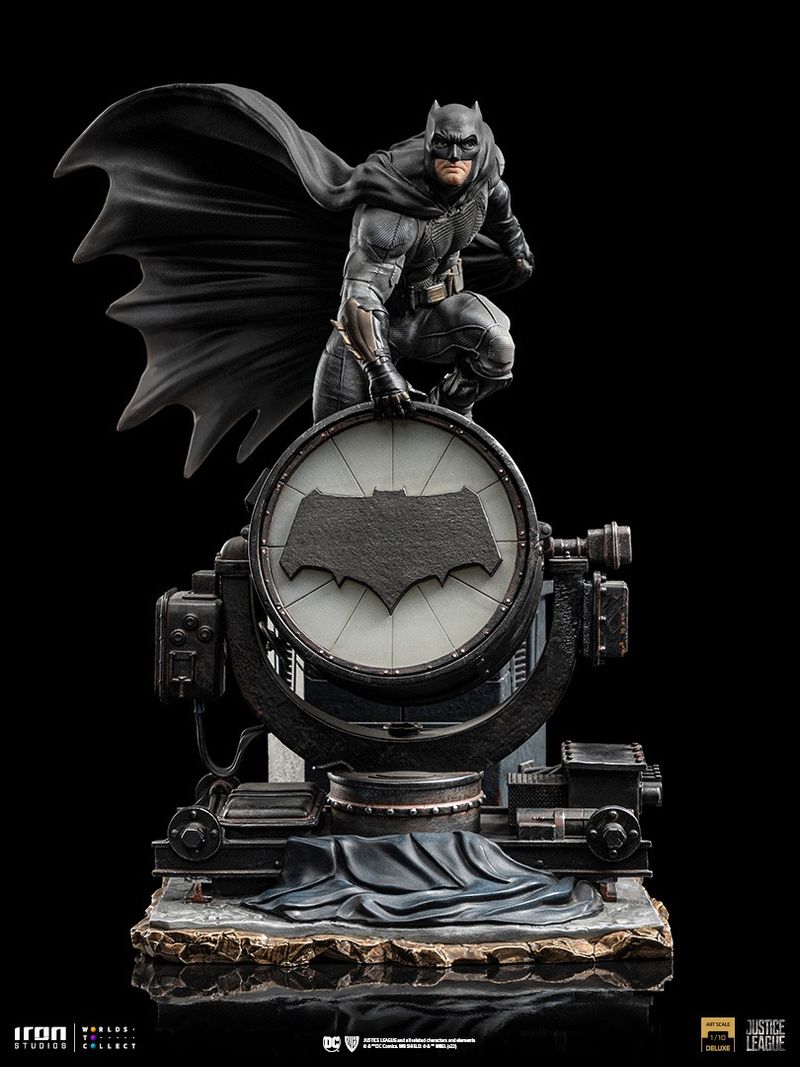 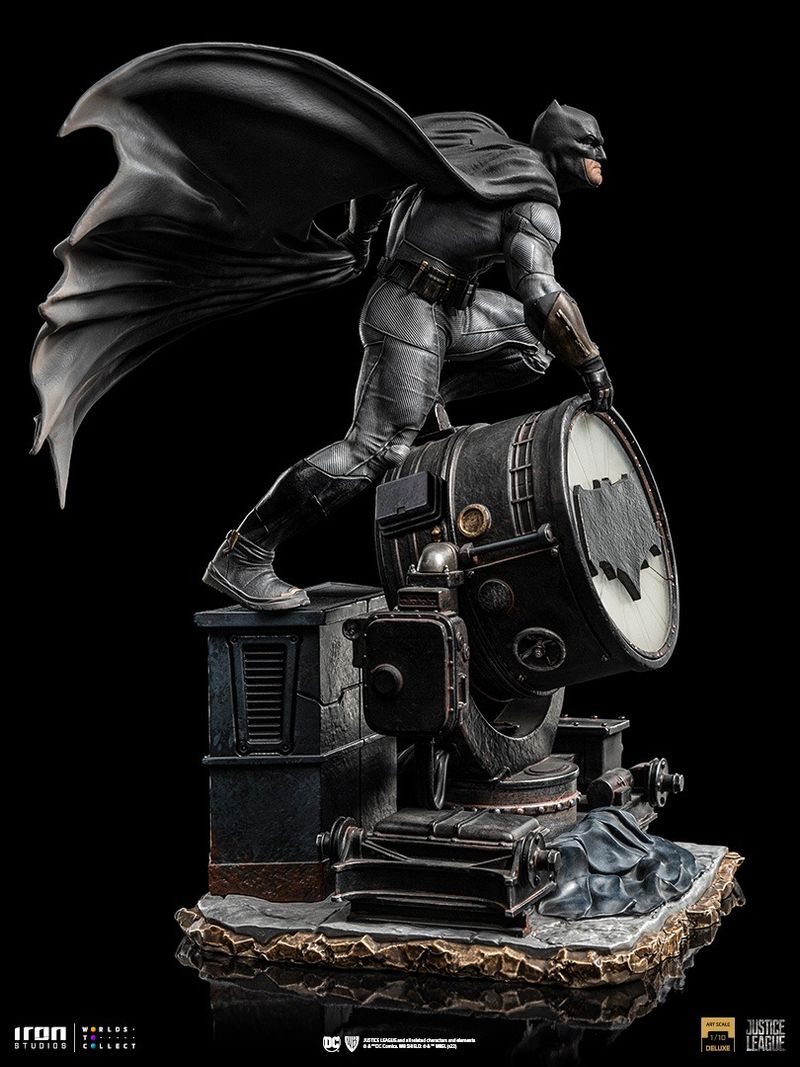 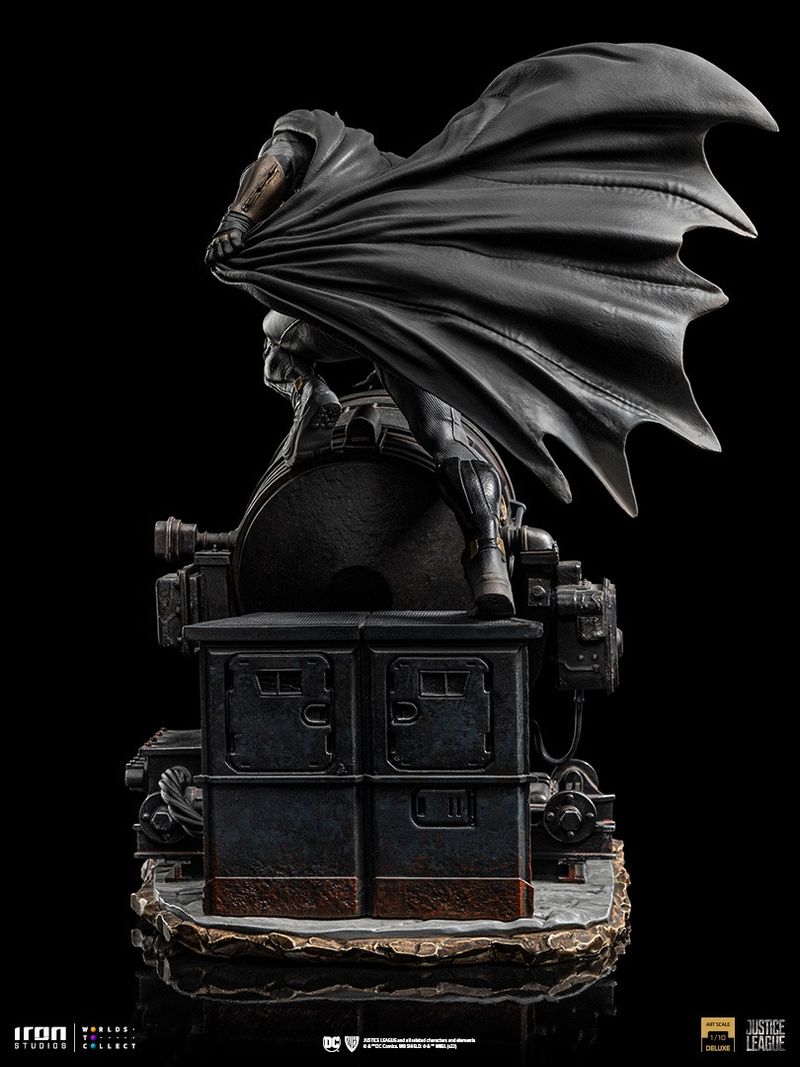 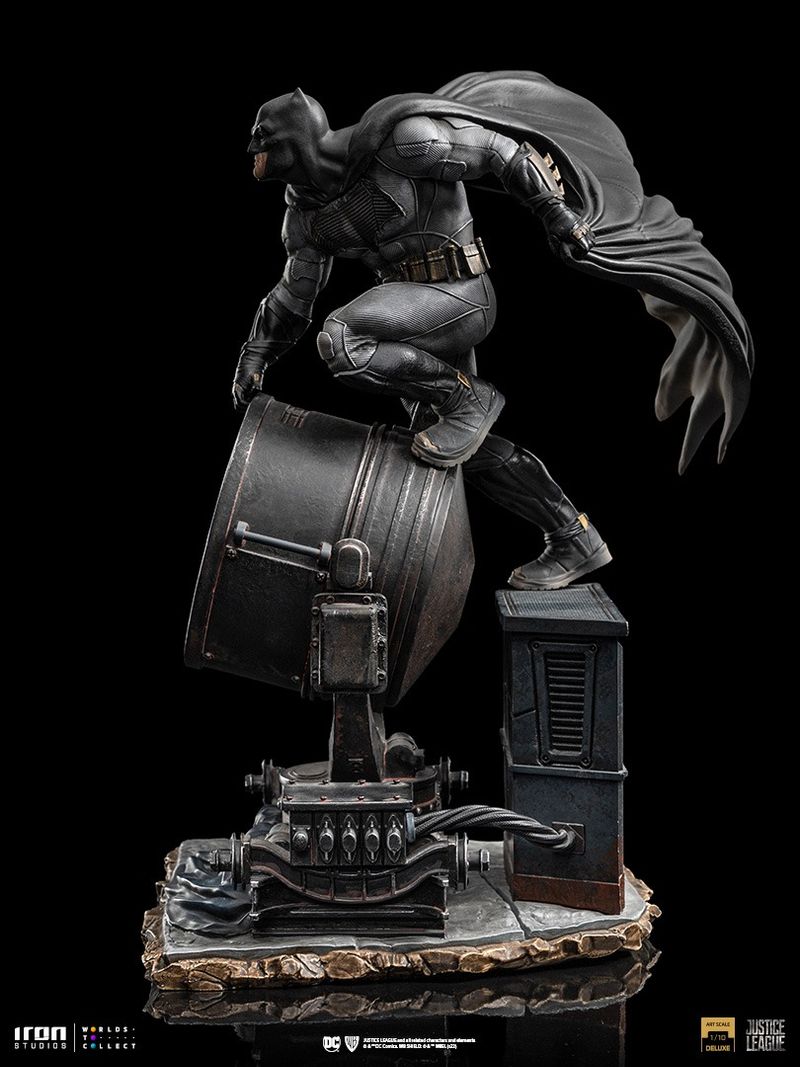 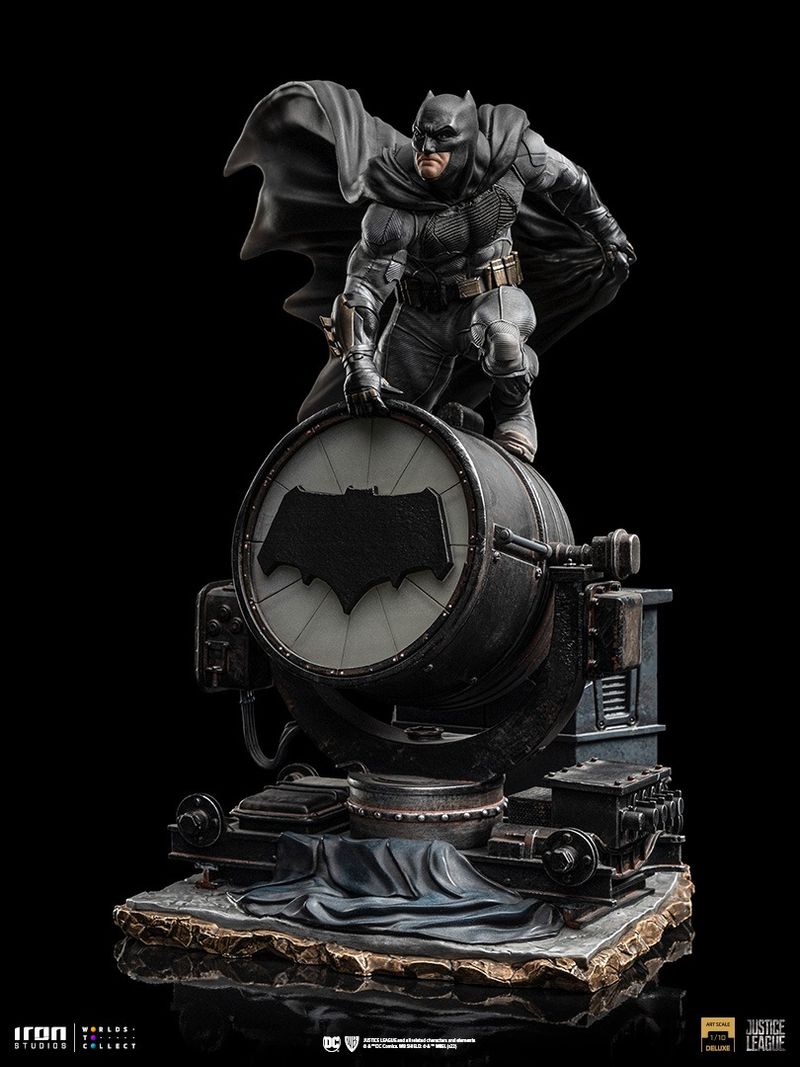 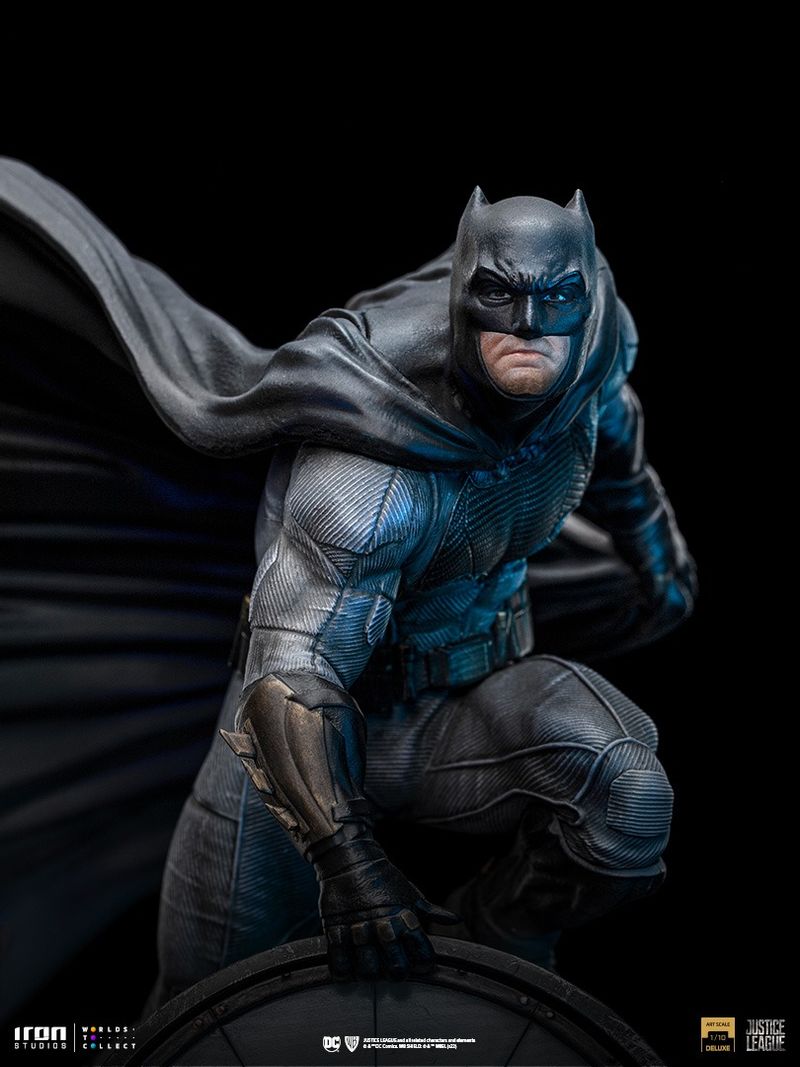 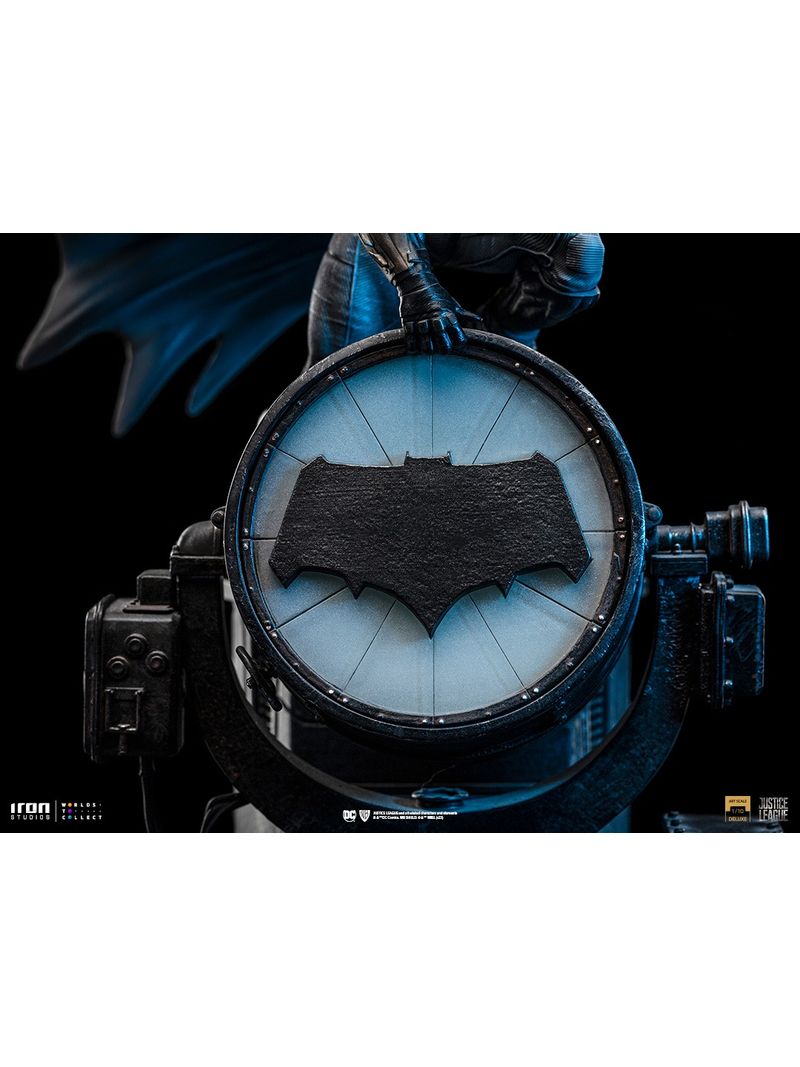 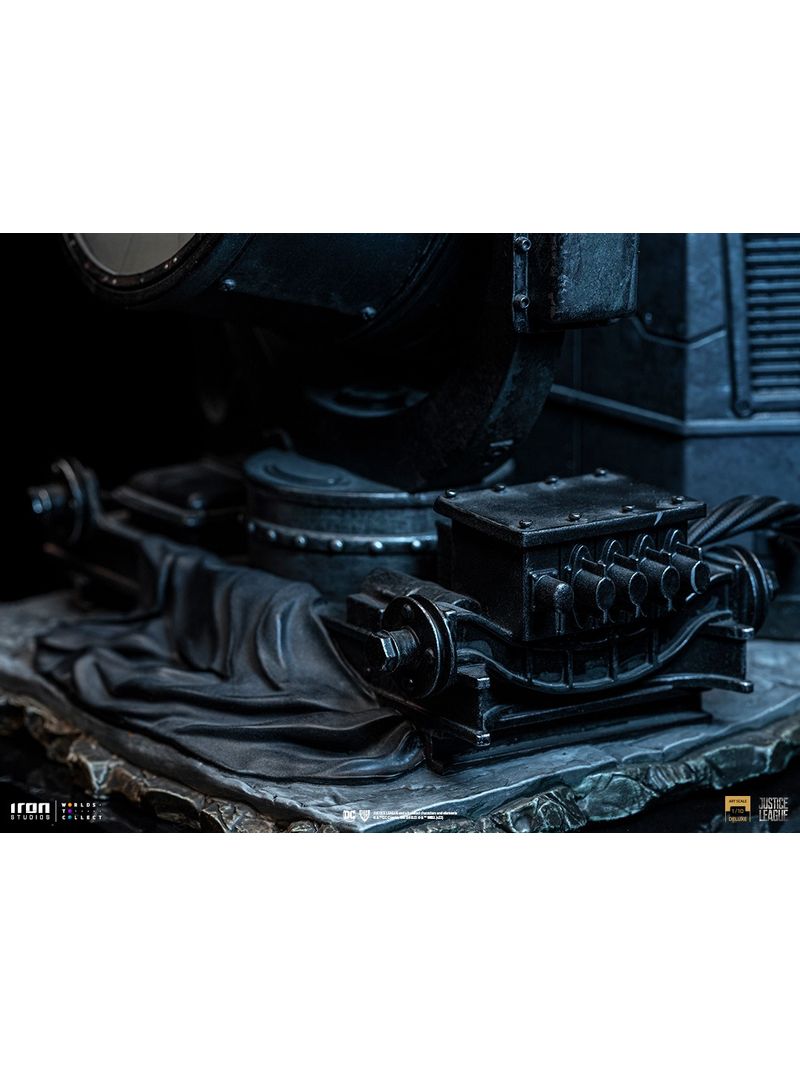 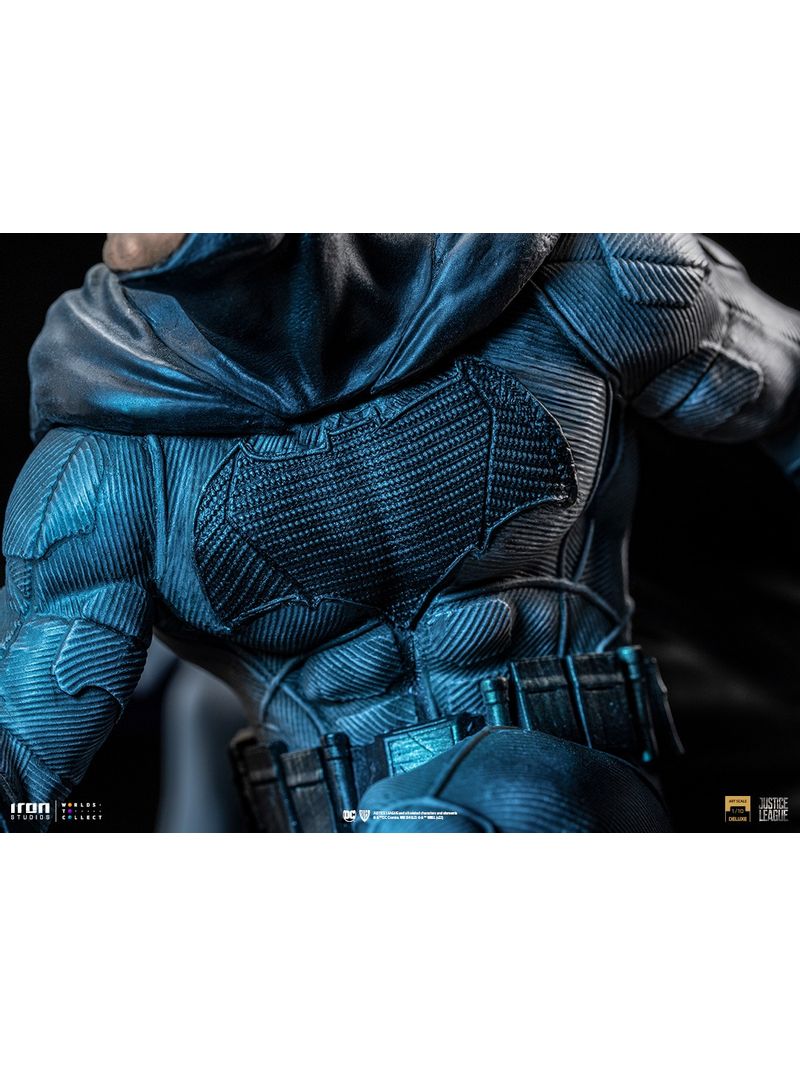 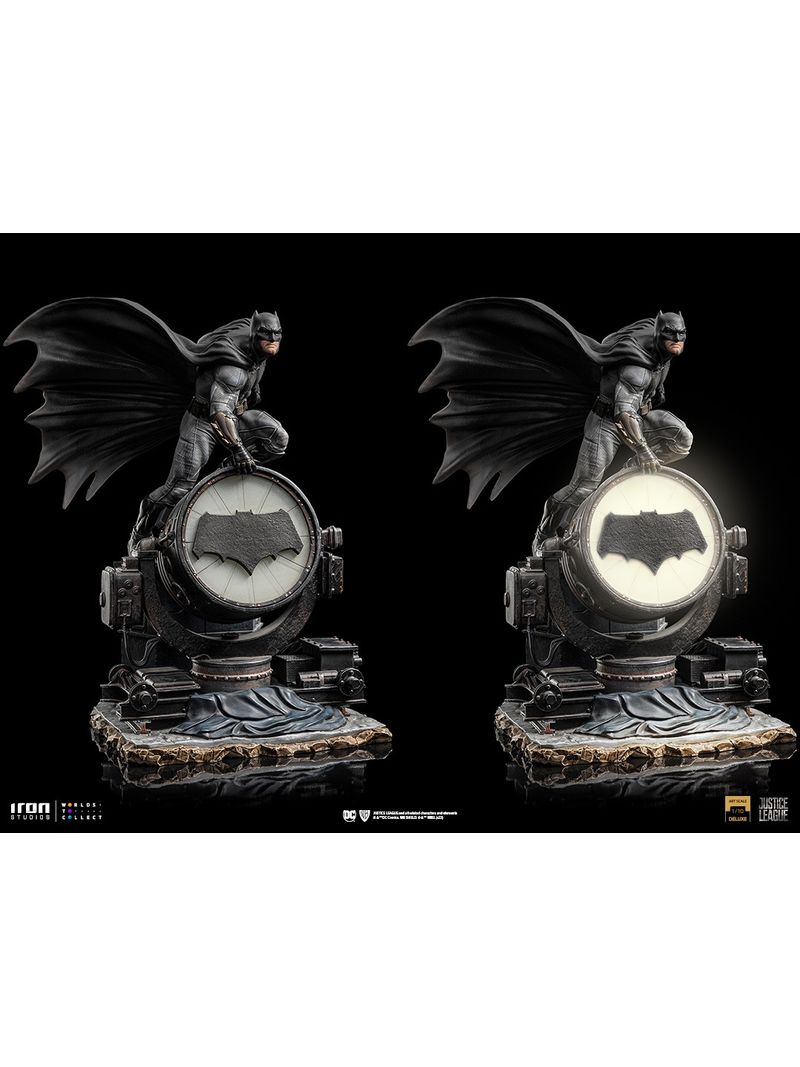 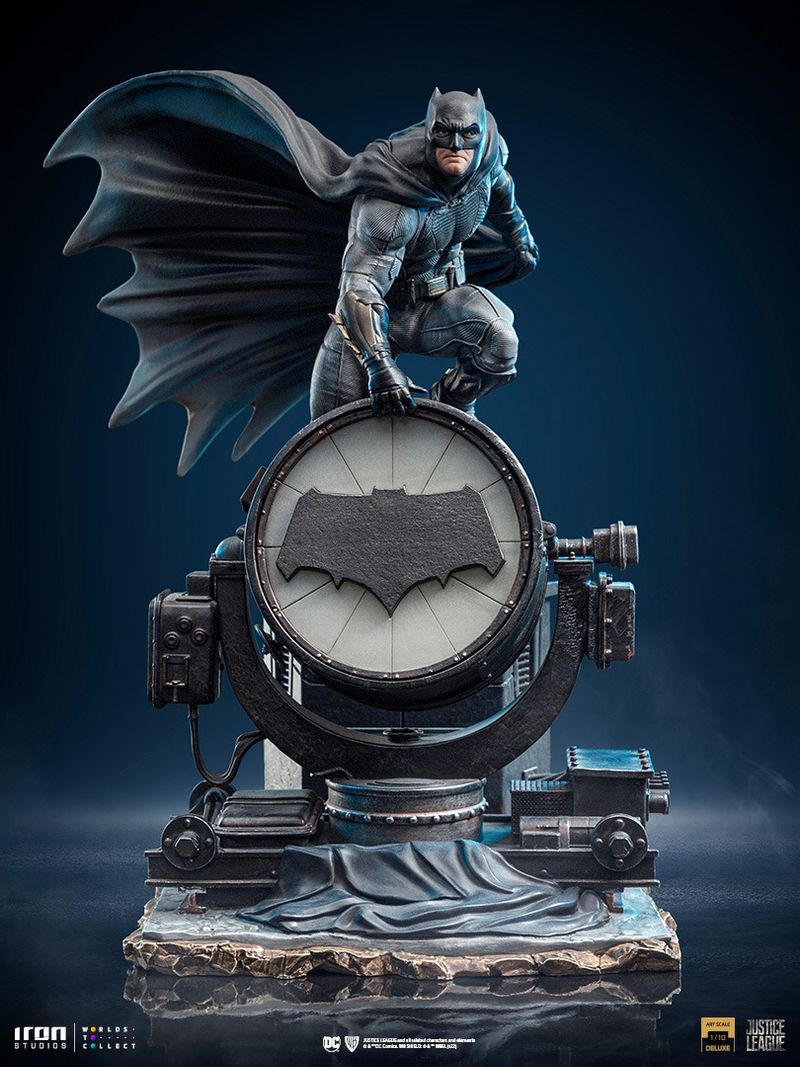 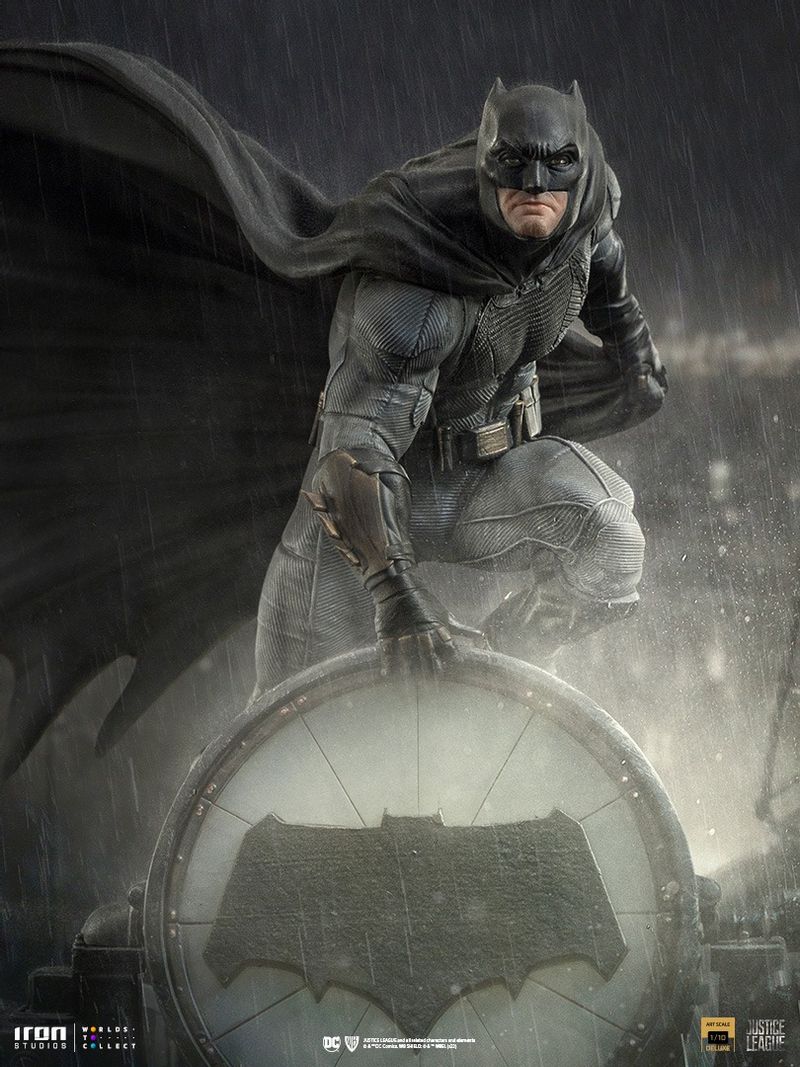 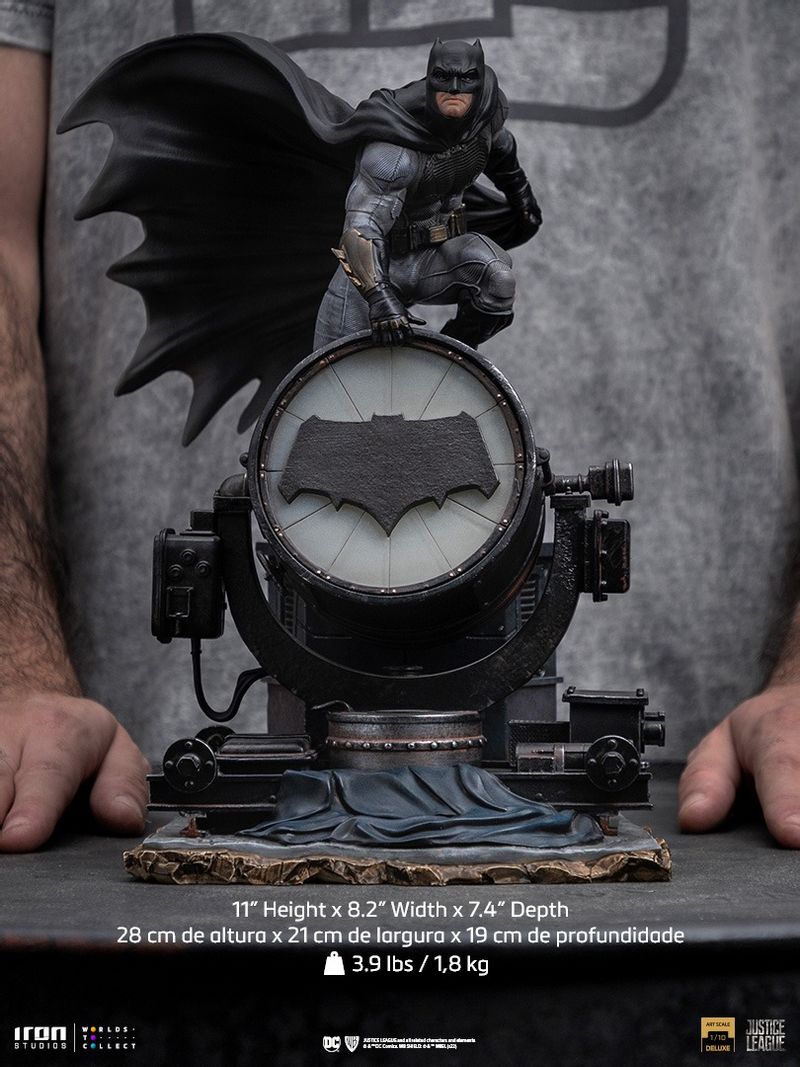 On the headquarters roof of the Gotham City Police Department, its main vigilante leans over a big, modified searchlight with the symbol of the silhouette of a bat attached to it, used to project his emblem on the night sky of the dark city, an artifact incorporated by his friend and ally, the commissioner James Gordon, to summon him and remind the criminals of his presence. Wearing his black and grey costume, composed of a Kevlar-titanium alloy resistant to heat, blades, and bullets, and using a cowl that can digitally alter his voice, making it unrecognizable for those that know him, adding your training and enhanced intellect, and an arsenal of gadgets and technological tools on his Utility Belt, he’s among the biggest and most feared heroes on Earth, even without any superpowers like his allies on the Justice League. Inspired by the praised version from director Zack Snyder of the movie Justice League, Iron Studios bring the statue "Batman on Batsignal Deluxe - Zack Snyder`s Justice League - Art Scale 1/10", with the Dark Knight leaning on his legendary Batsignal.

CEO of Wayne Enterprises, the planet’s 6th largest technology conglomerate, and one of the richest men in the world, after witnessing the murder of his parents as a child, Bruce Wayne traveled the world training every type of martial arts and combat techniques and seeking physical and intellectual perfection. He created a costume based on the thing that he feared the most as a child (Bats) so that outlaws could share the same fear. Under the facade of an arrogant and philanderer playboy, and heir of a wealth that gives him access to more sophisticated technologies, Wayne started a war against crime in Gotham City. Played by Ben Affleck in the movies of the so-called DC extended cinematographic universe, Batman, after 20 years of experience fighting and subduing many Gotham criminals and supervillains, is now responsible, alongside Wonder Woman, for the creation of the Justice League, a group that gathers some of the greatest heroes in the world, created to defend Earth against the alien conqueror forces of general Steppenwolf.

Presented on Inside Iron Studios Day and already available for Pre-Order, Batman on Batsignal Deluxeadds to the Justice League “Snyder Cut” collection by Iron Studios, one of the most requested lines by fans and collectors, that also bring the statues Superman Black Suit, Wonder Woman, Aquaman, Mera, Knightmare Batman, Steppenwolf,and Darkseid on the Art Scale 1/10 line, the stylized Superman Black and Batman Knightmare on the MiniCo series, and the luxurious Superman Black Suit and Batman Knightmare on the Legacy Replica 1/4 line. With 13 statues planned, this is the 12th, and soon another future release by Iron Studios from the “Snyder Cut” will be revealed to complete the collection, together with other news from the DC universe.