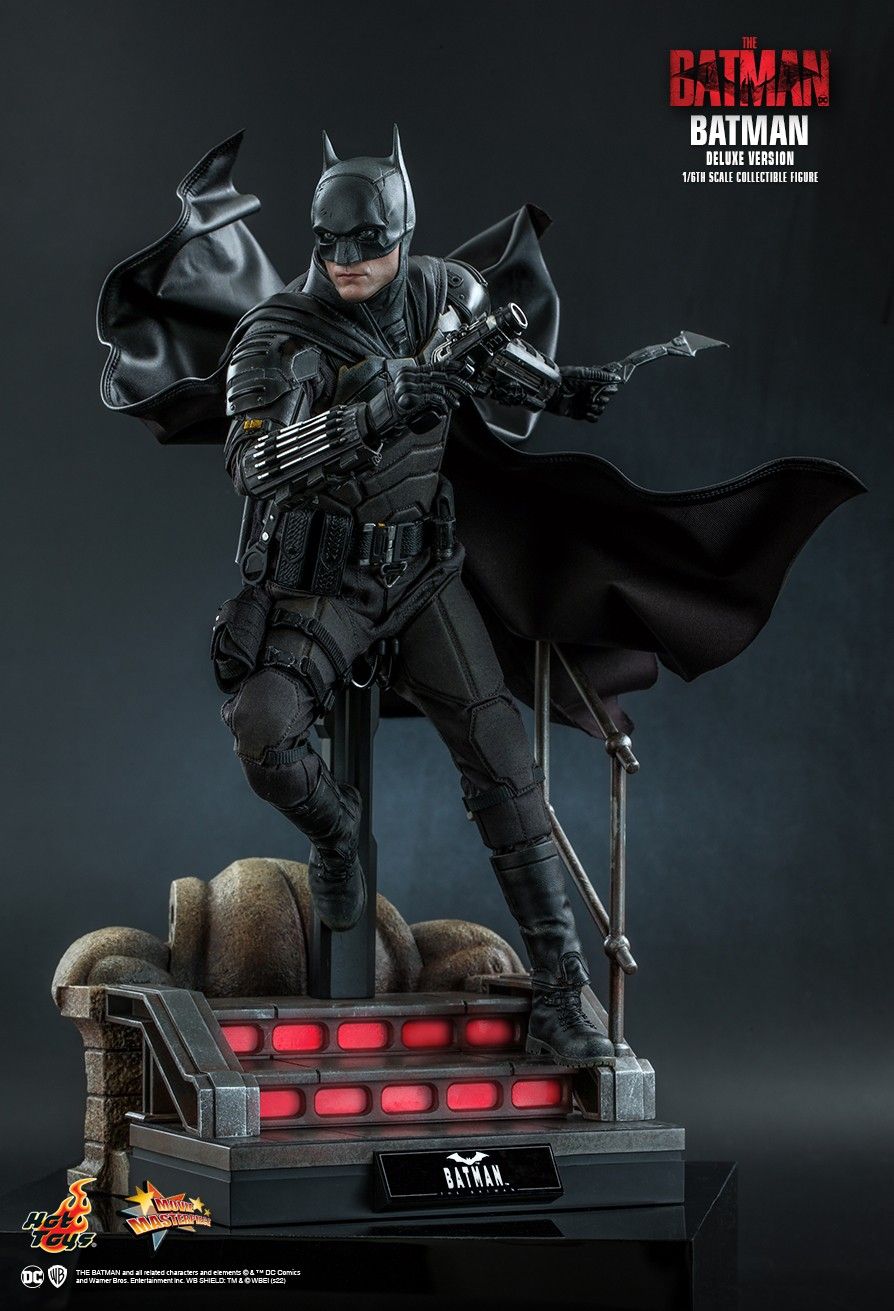 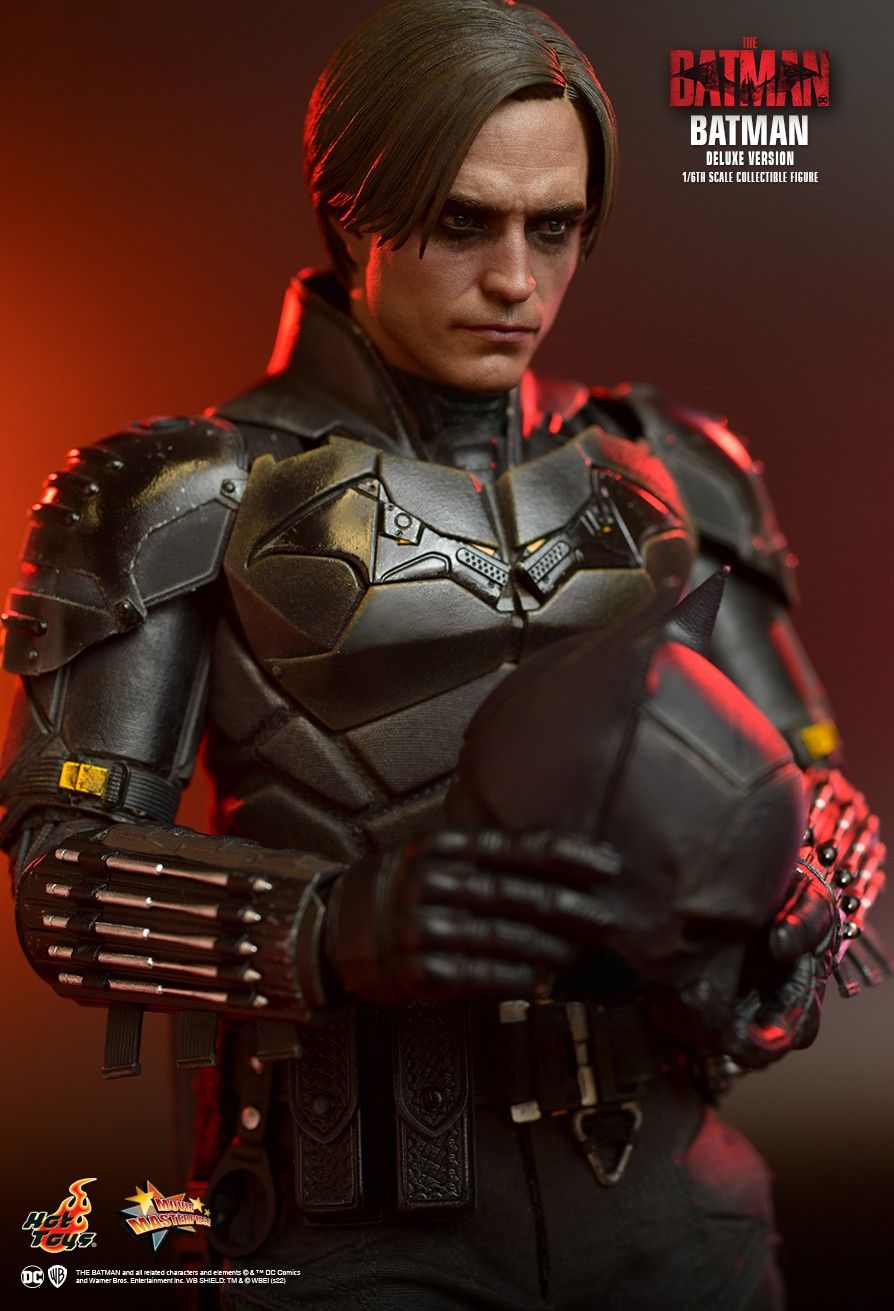 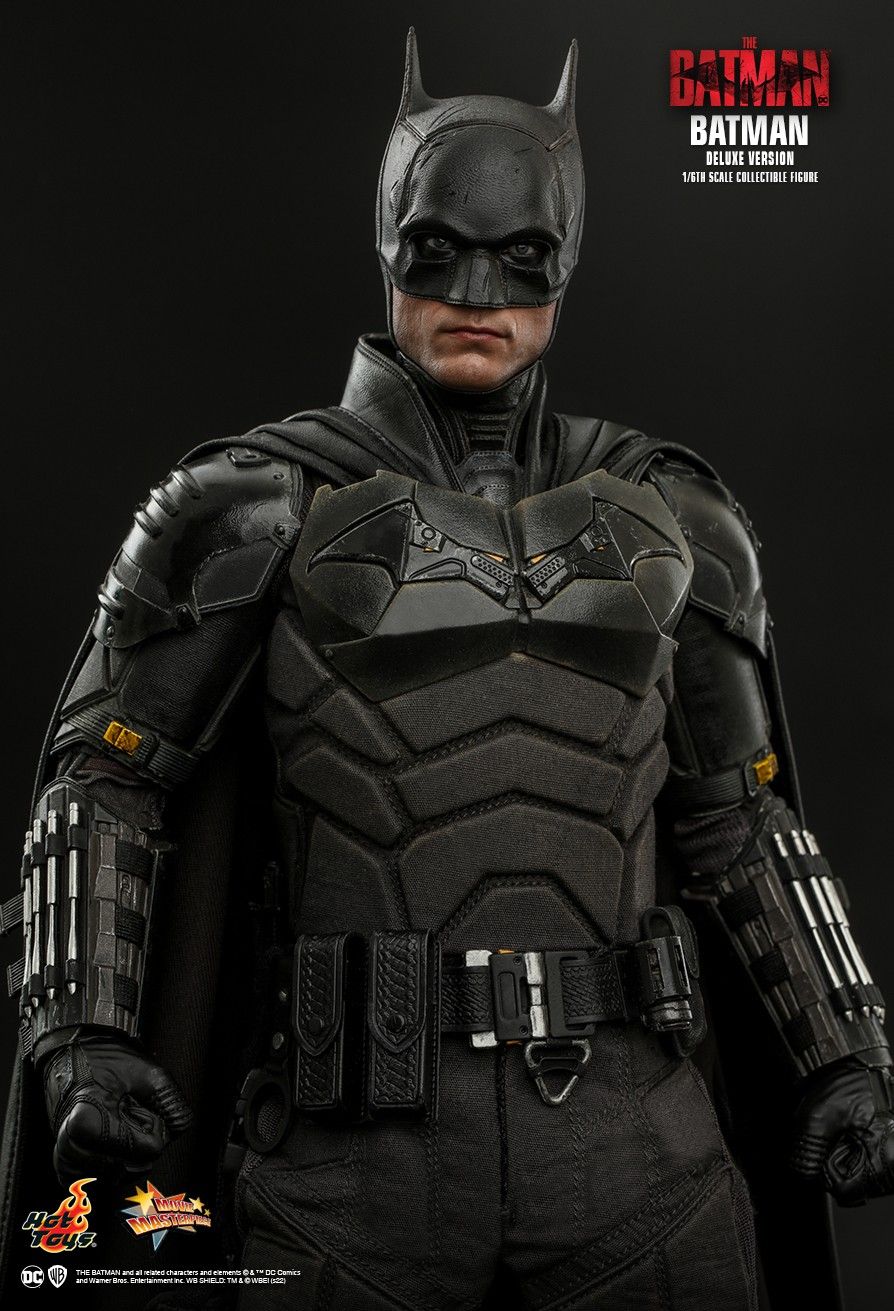 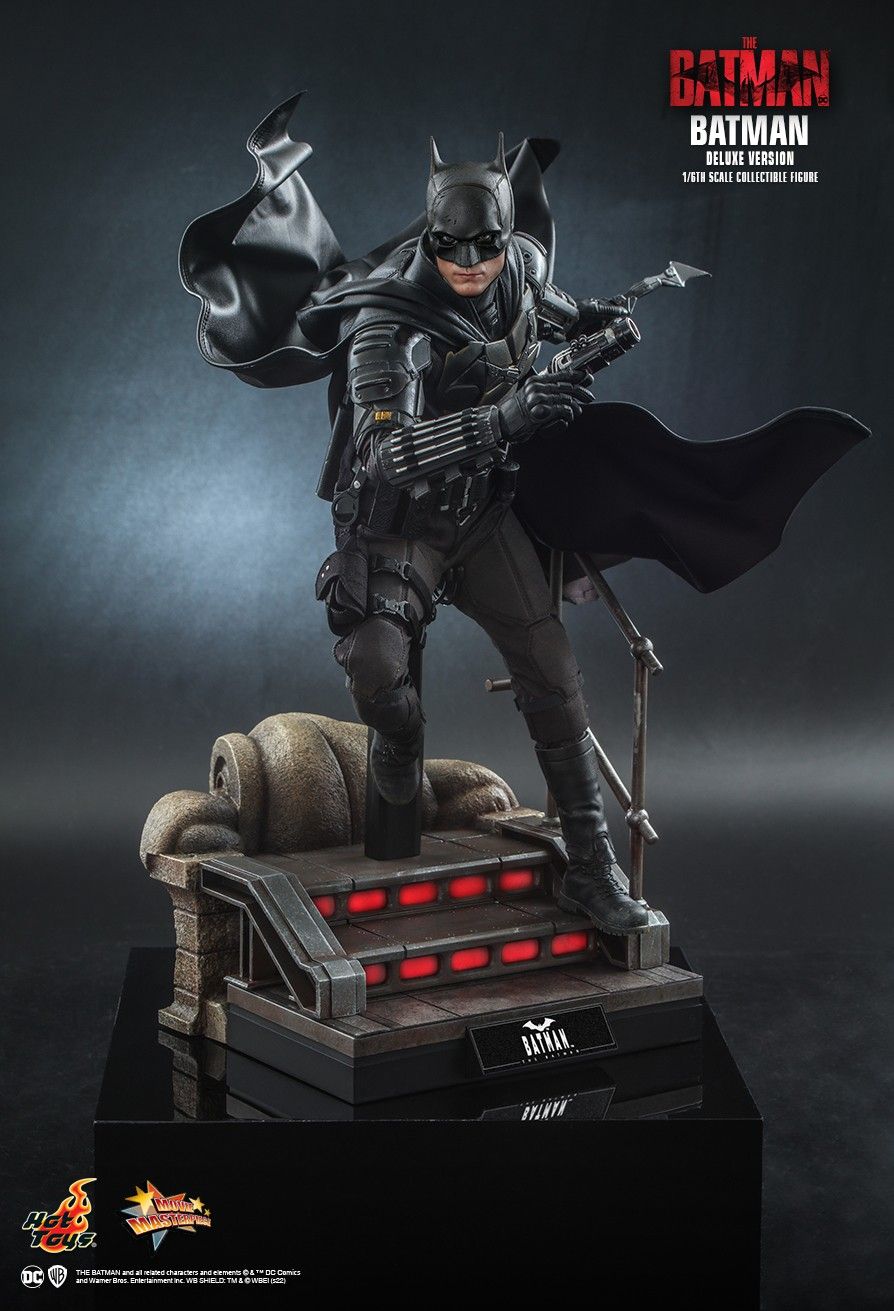 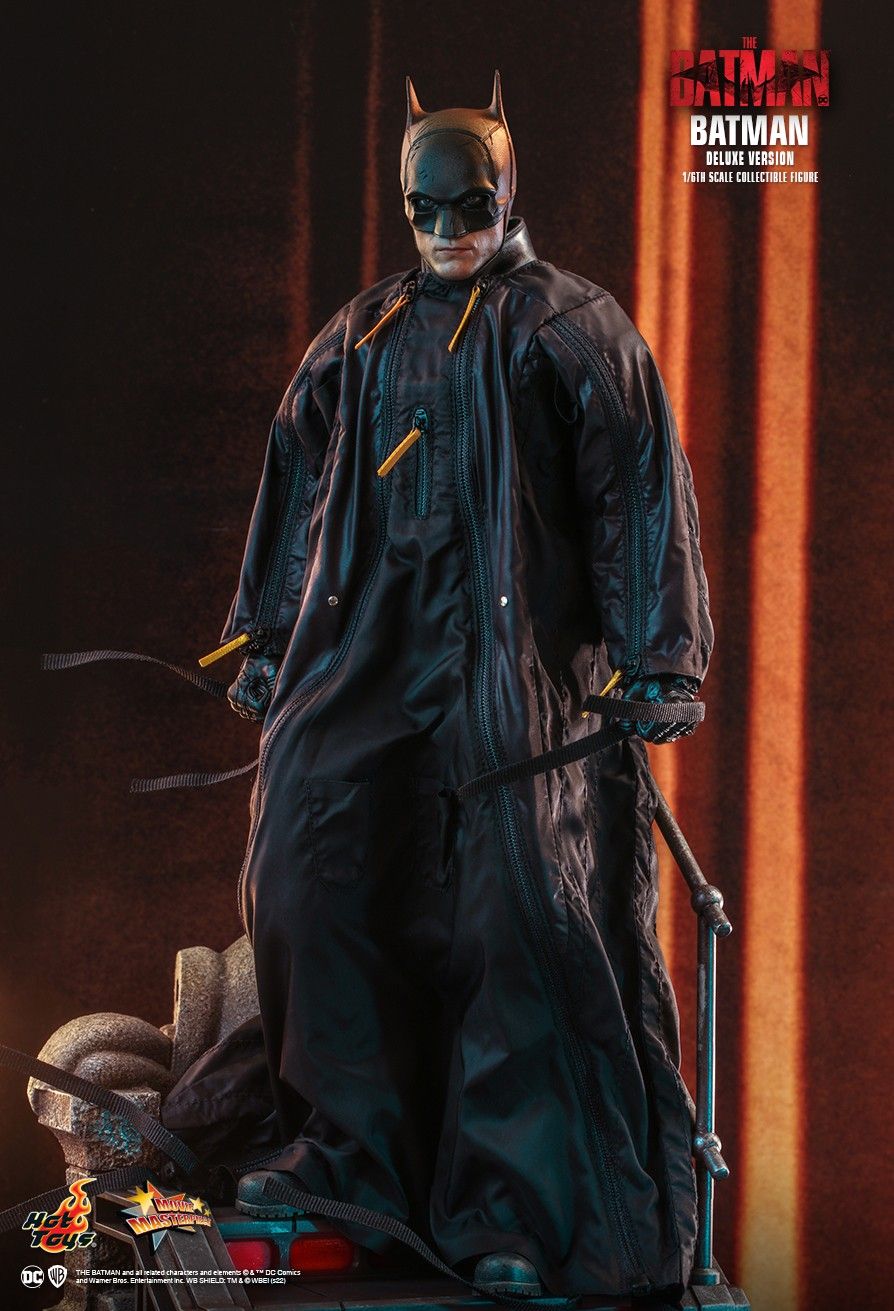 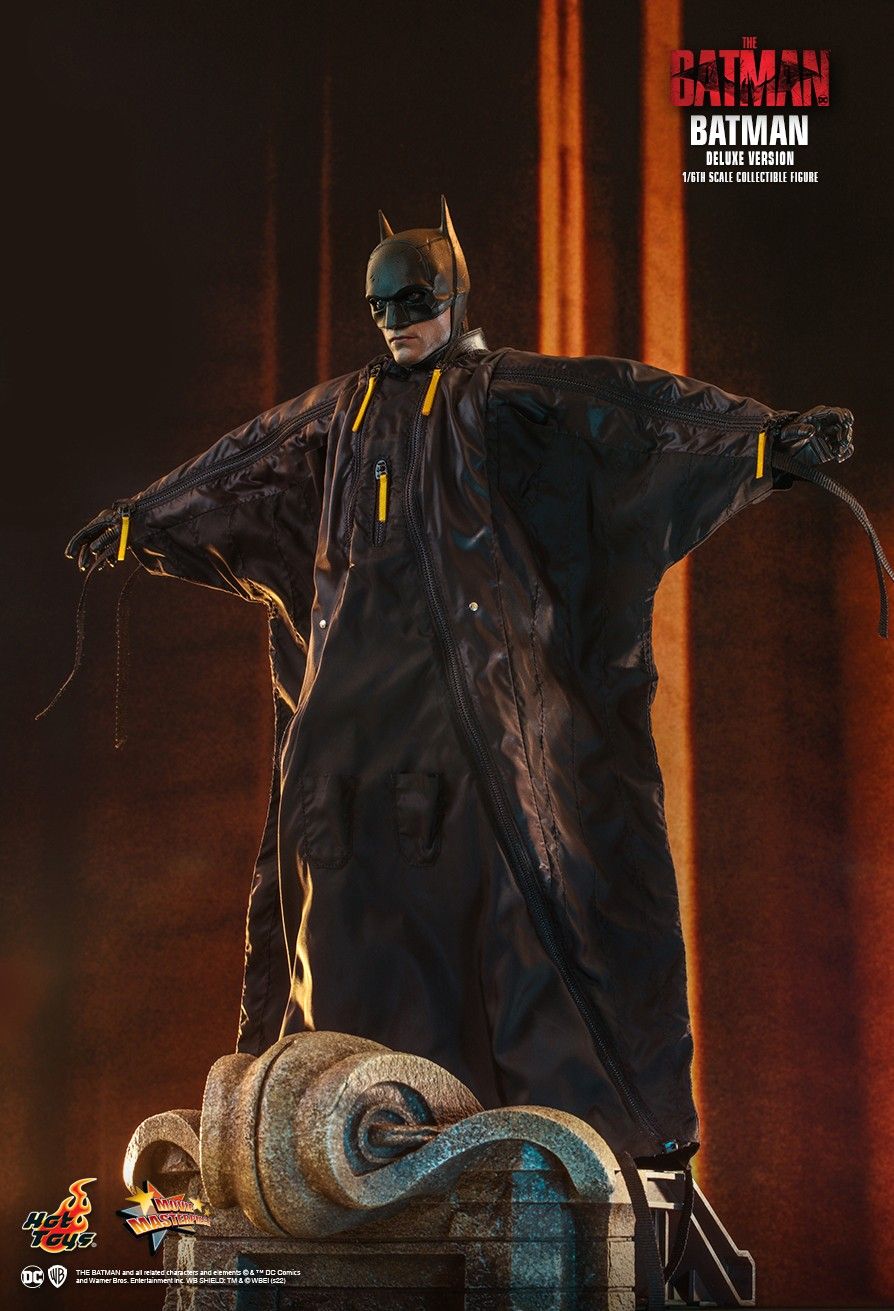 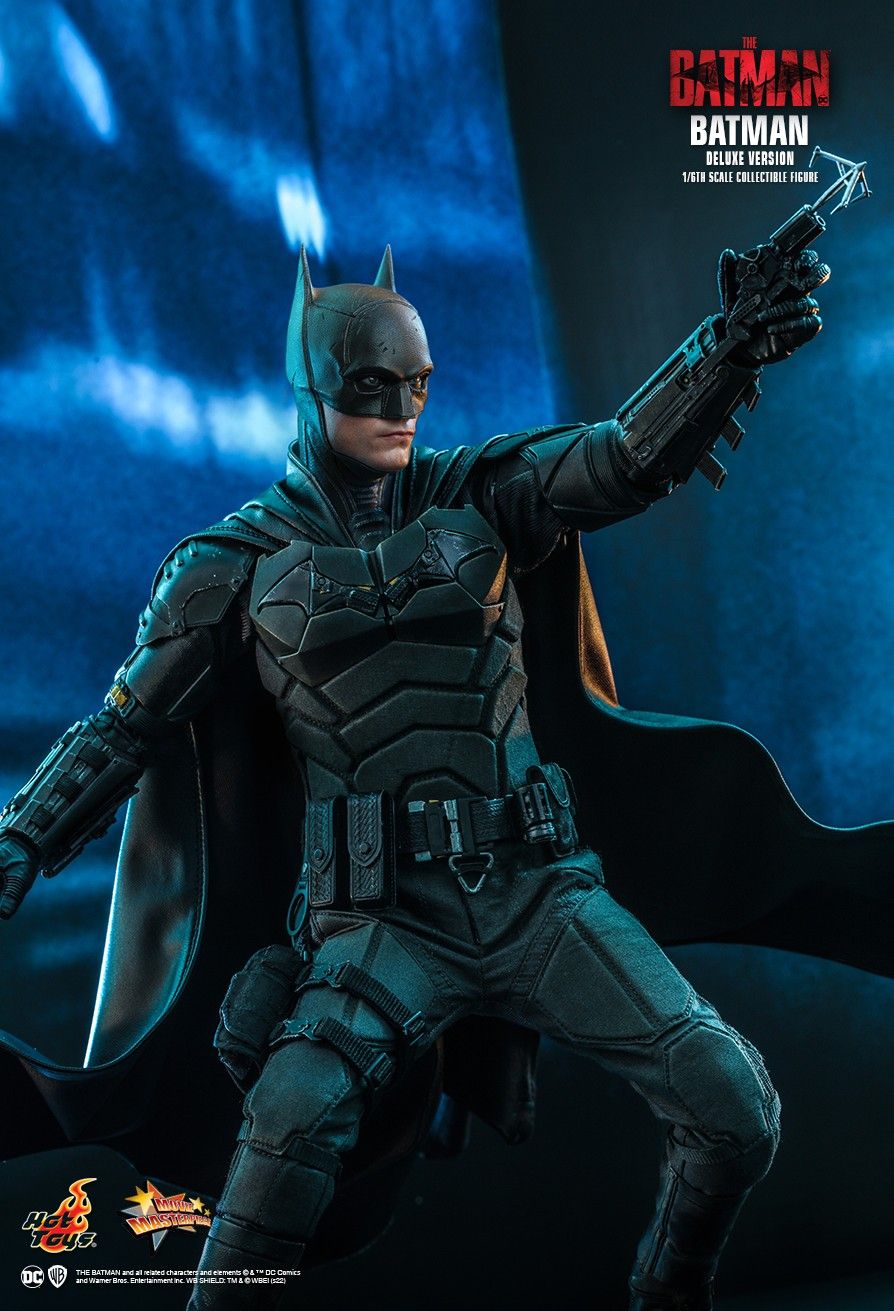 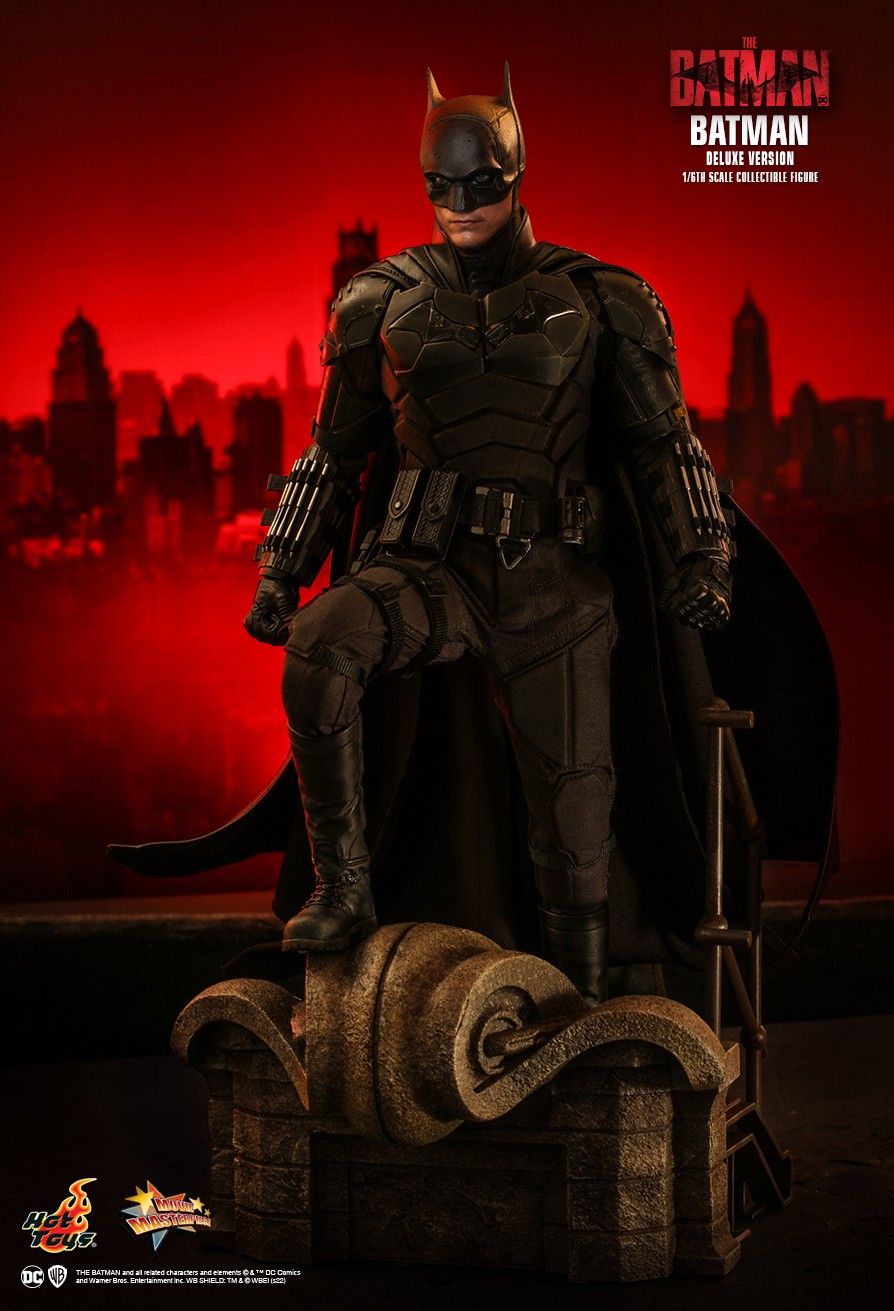 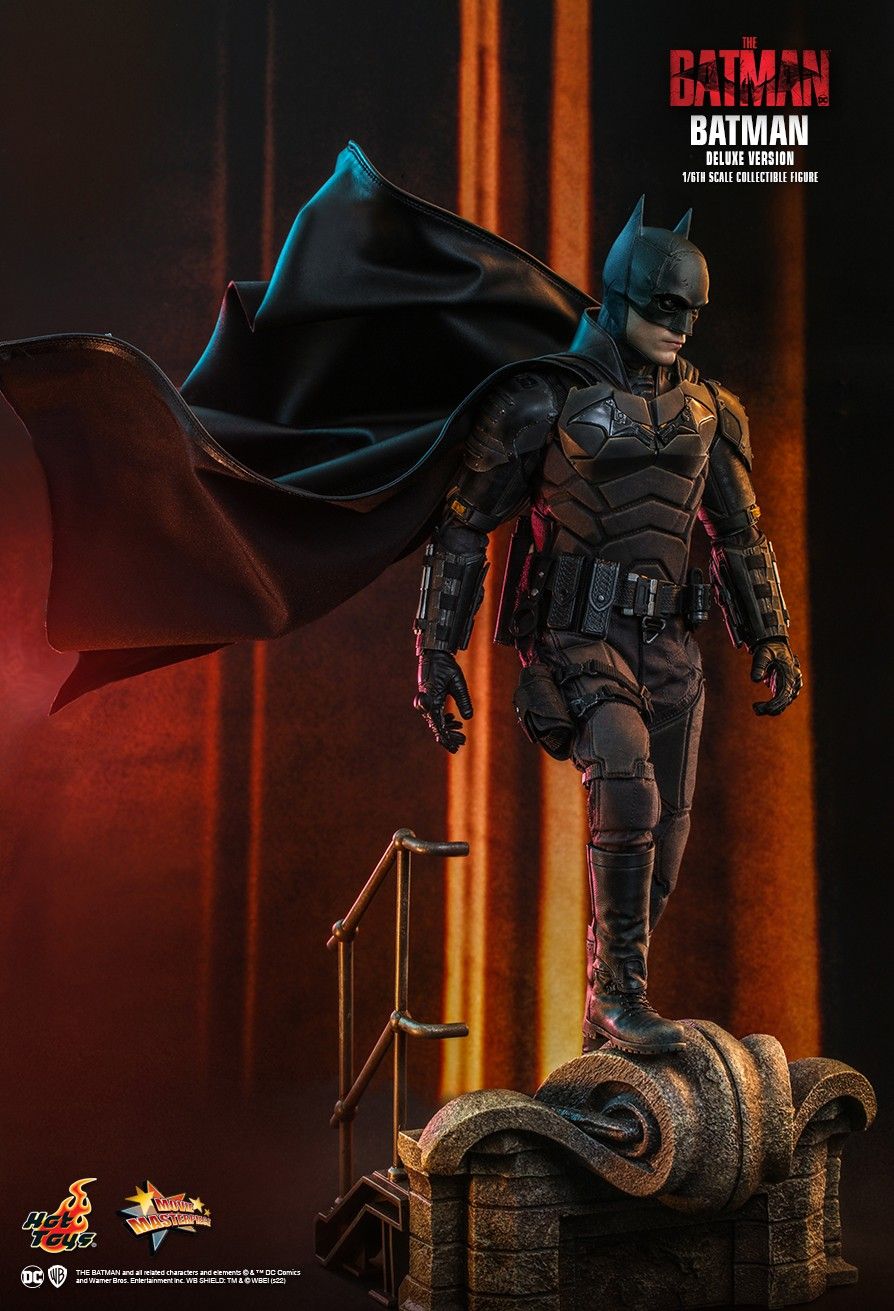 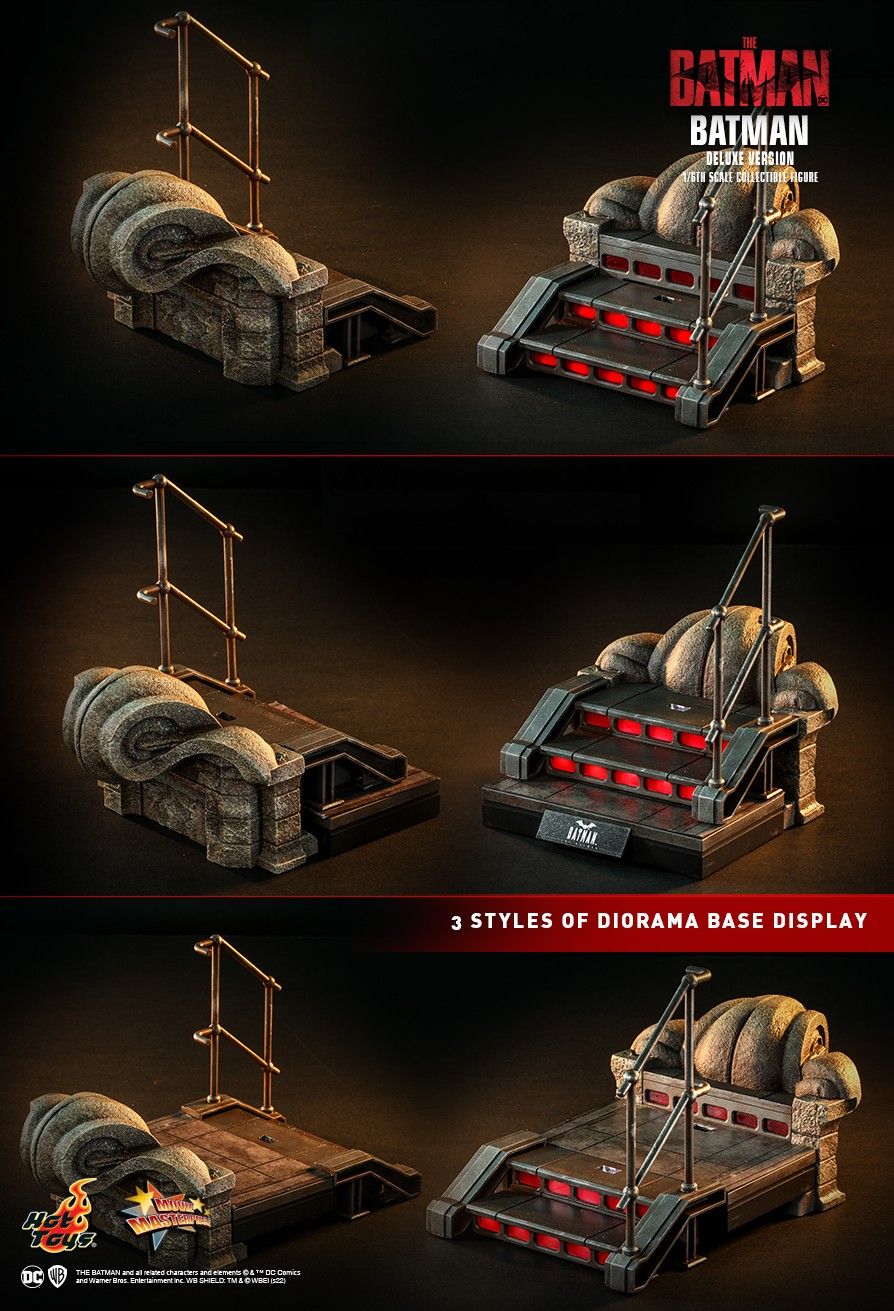 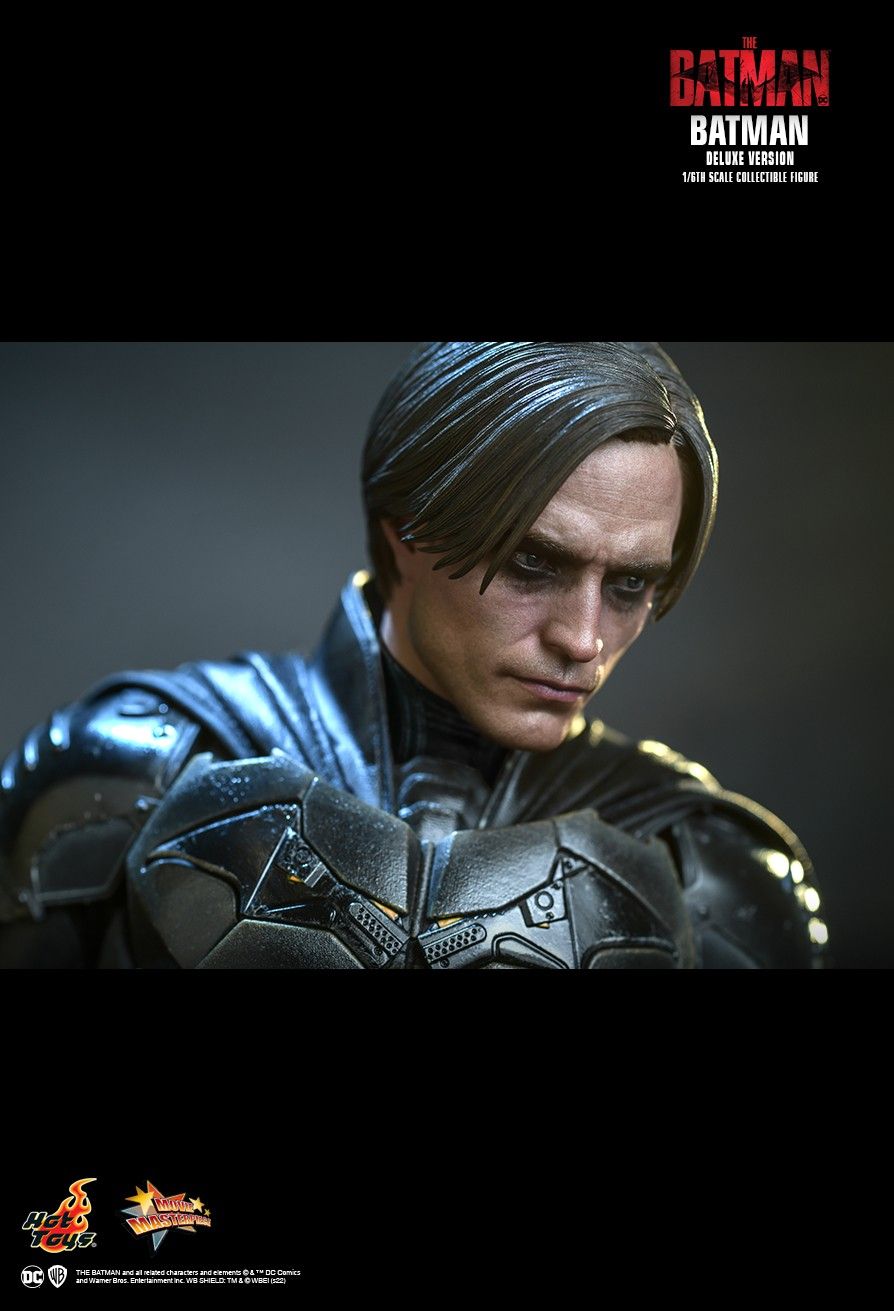 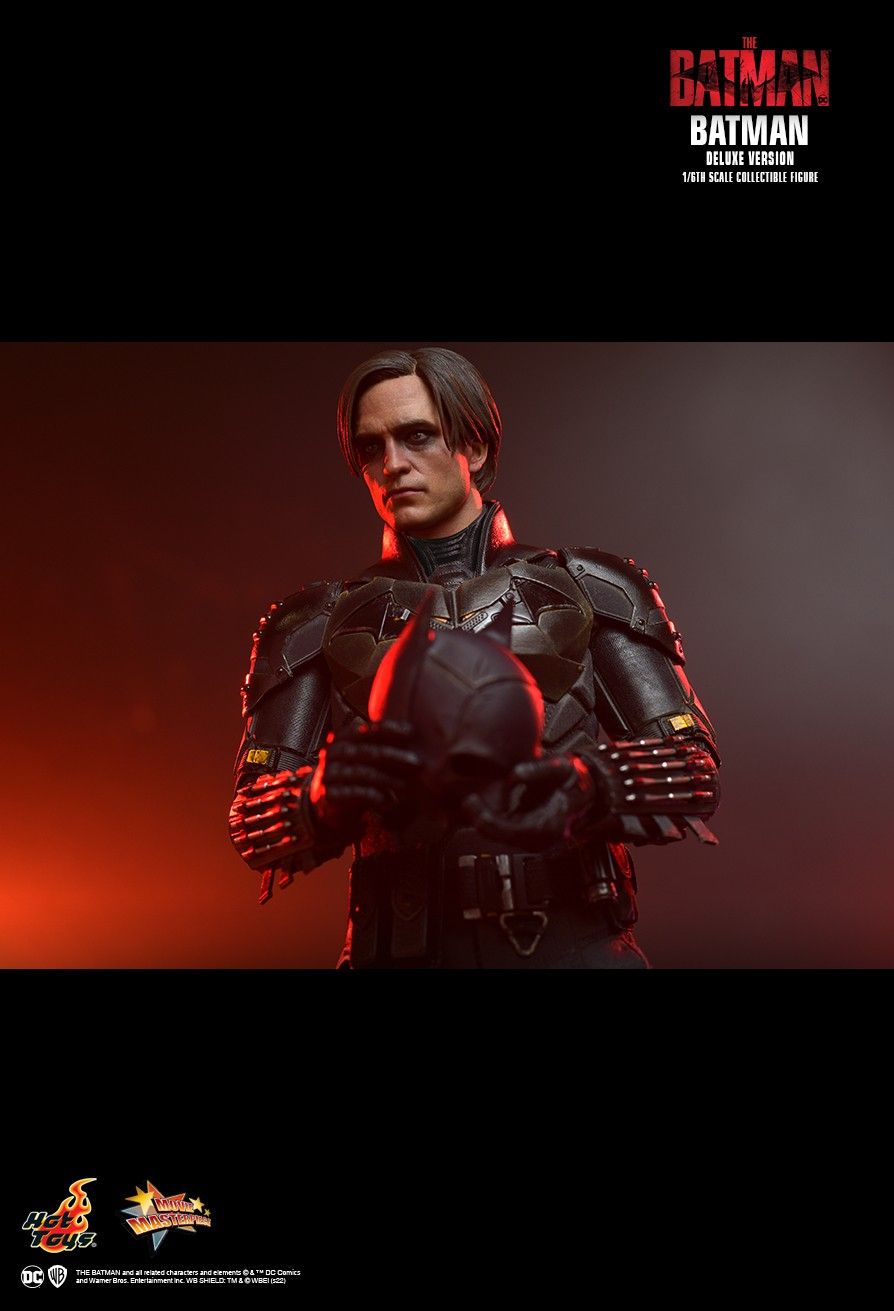 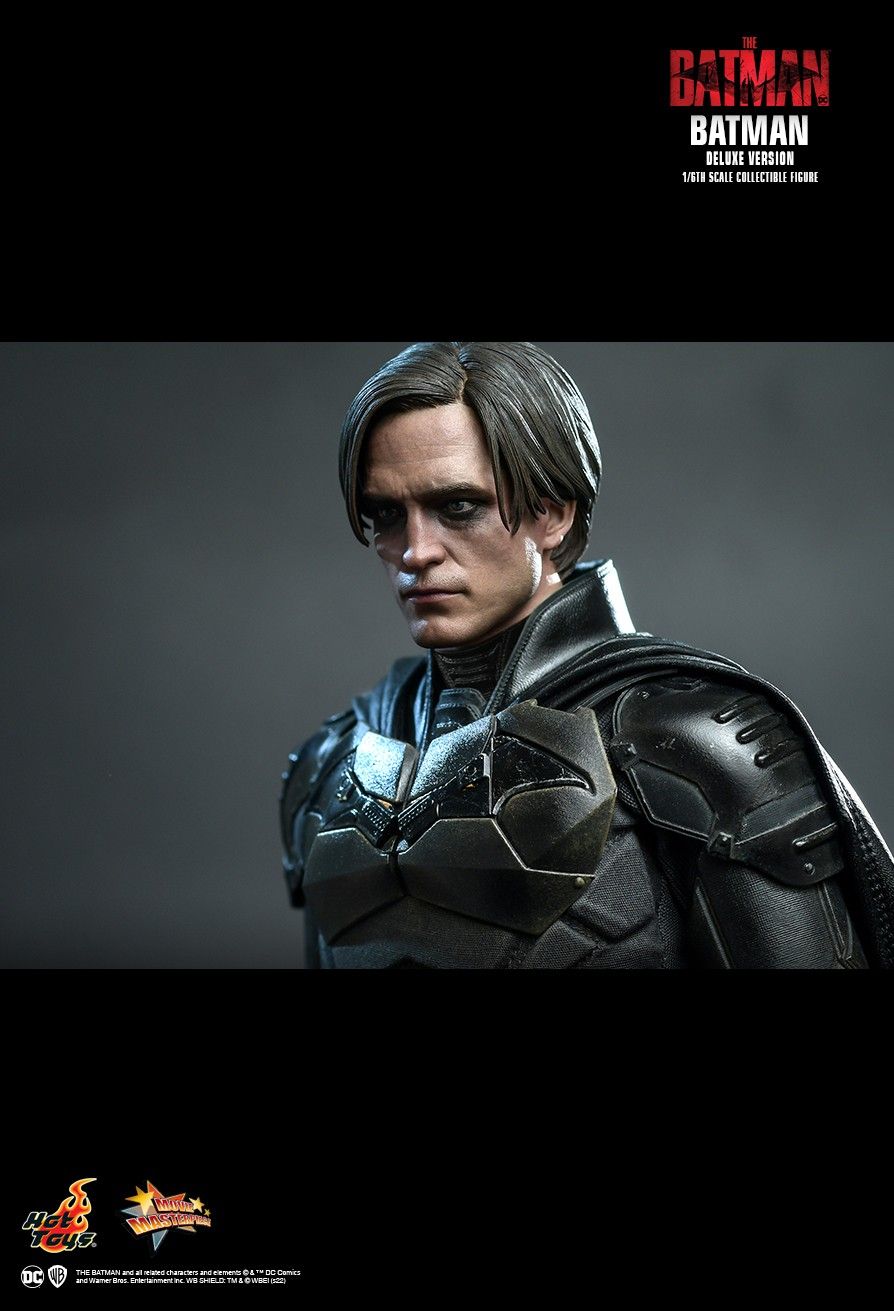 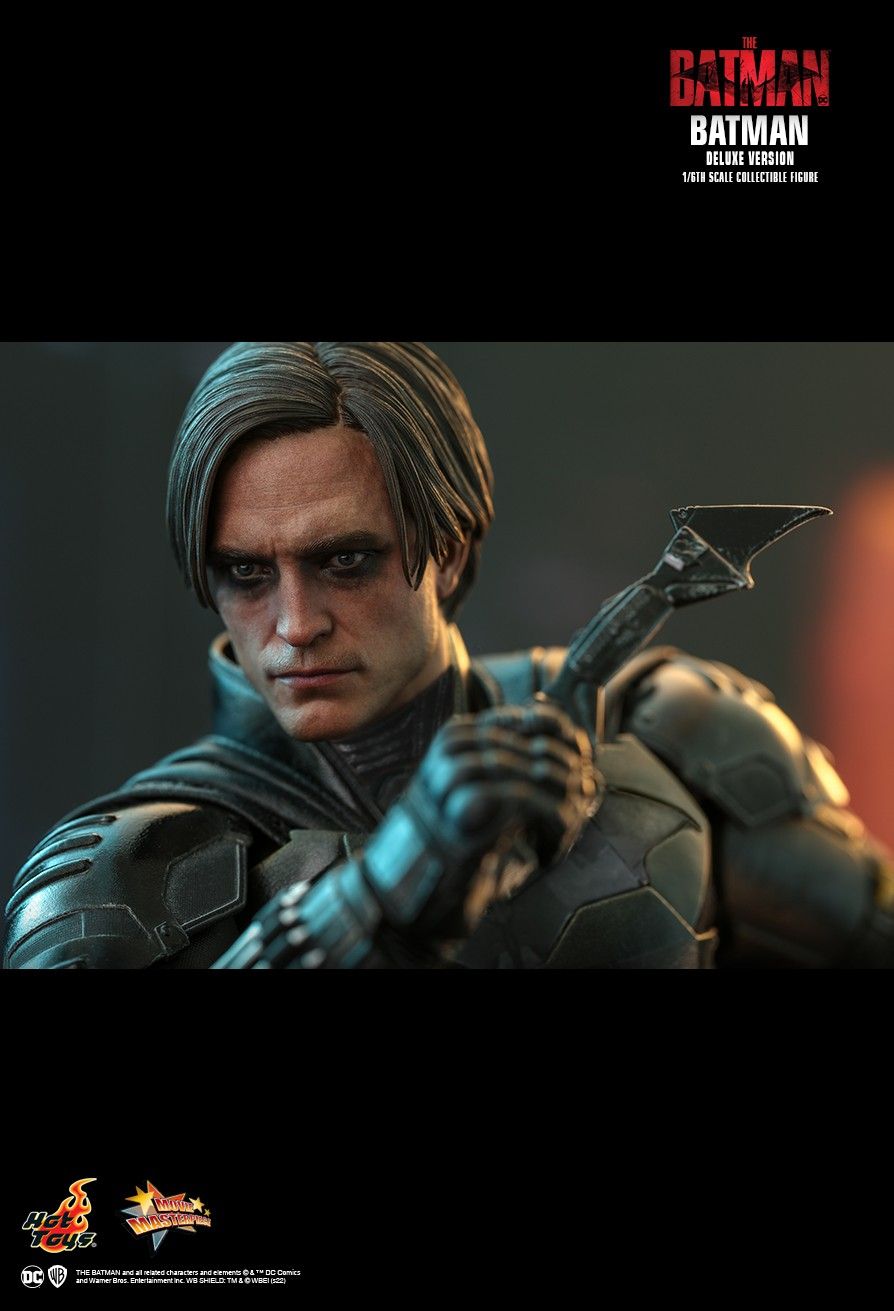 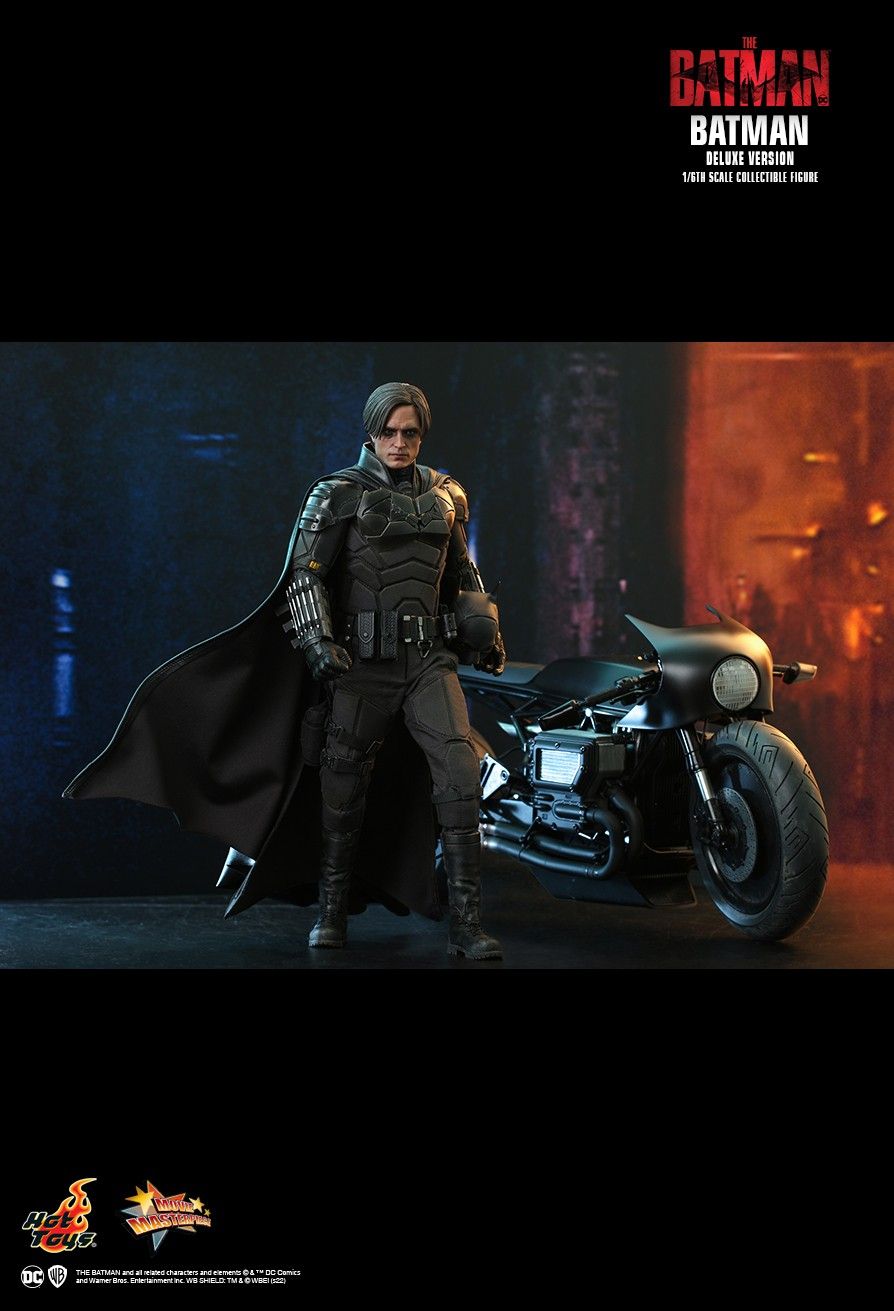 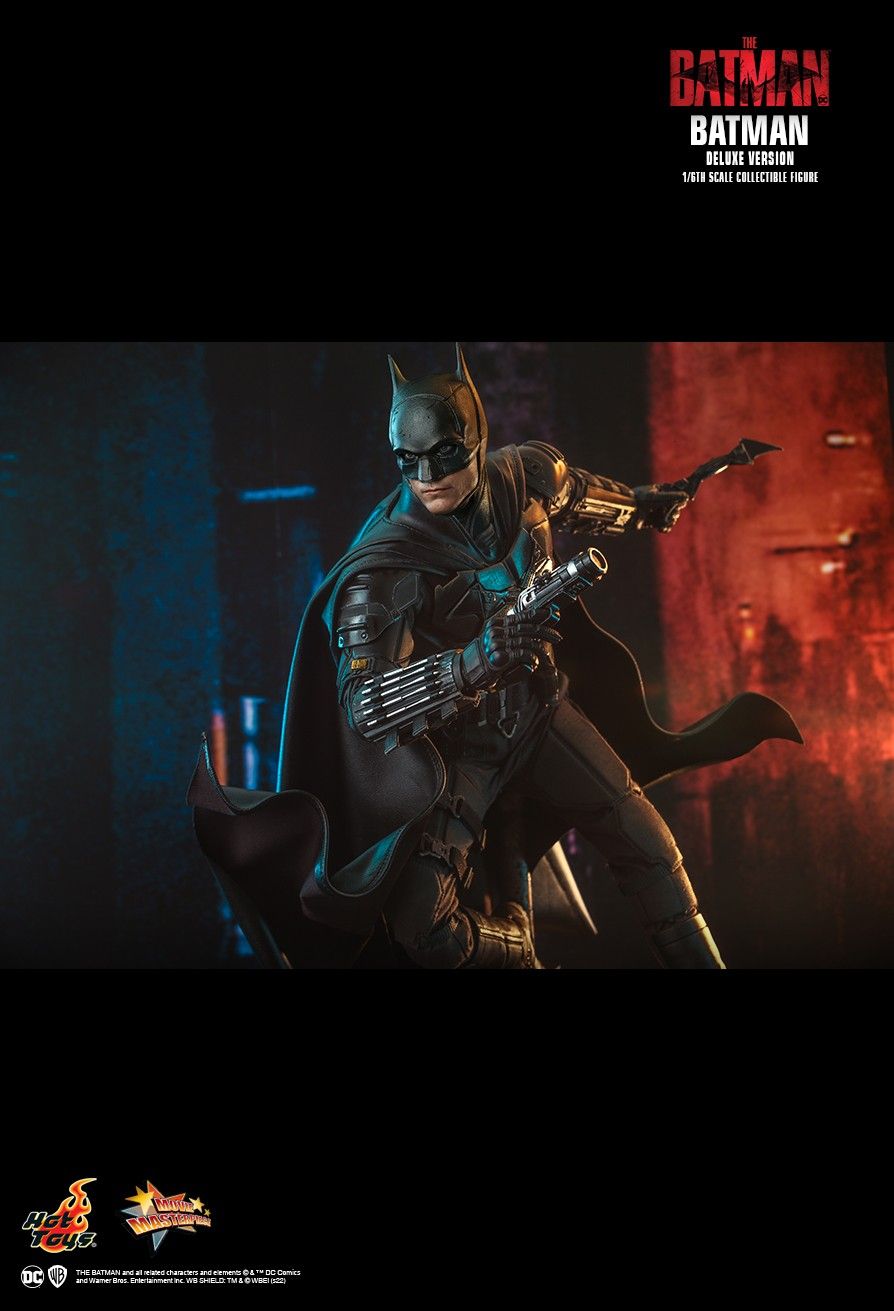 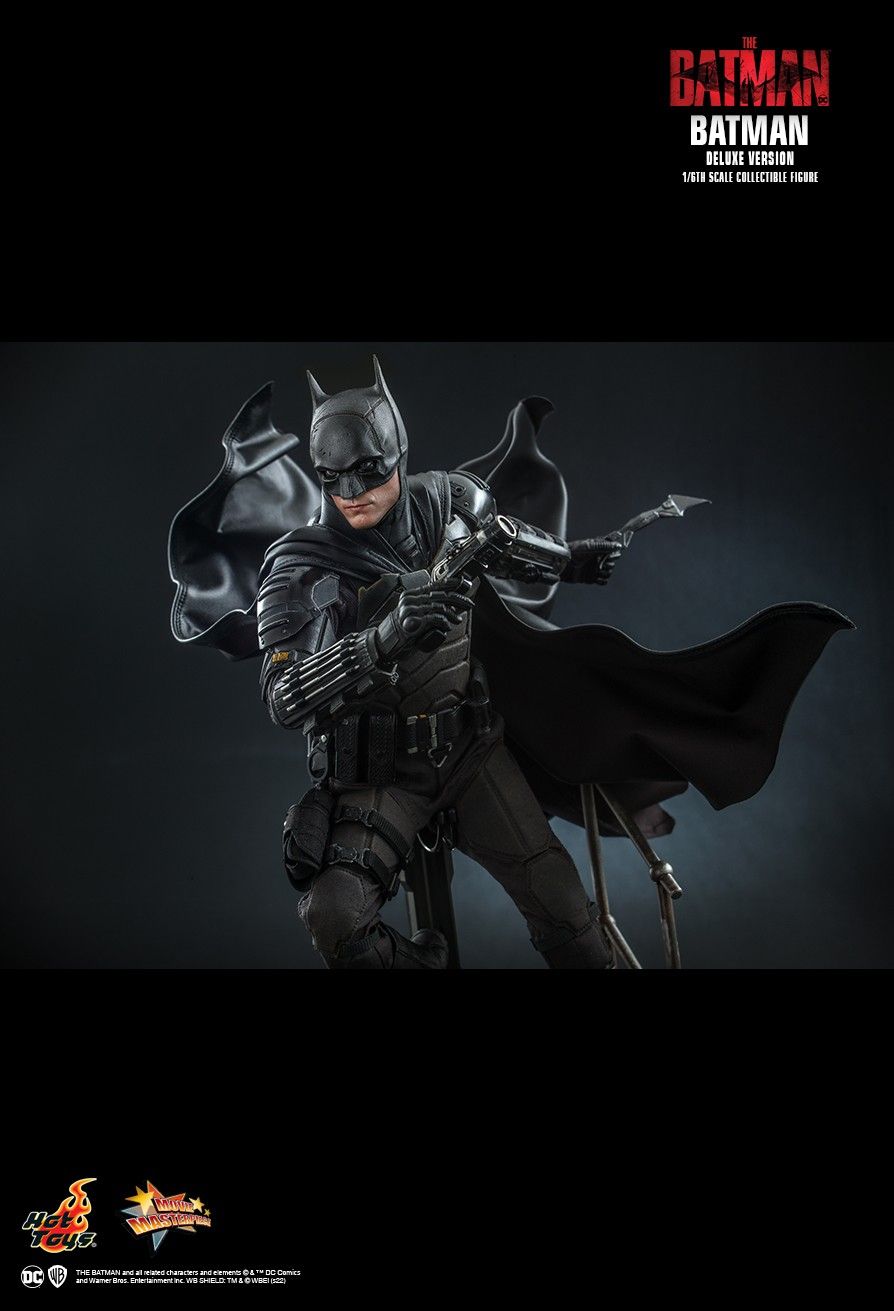 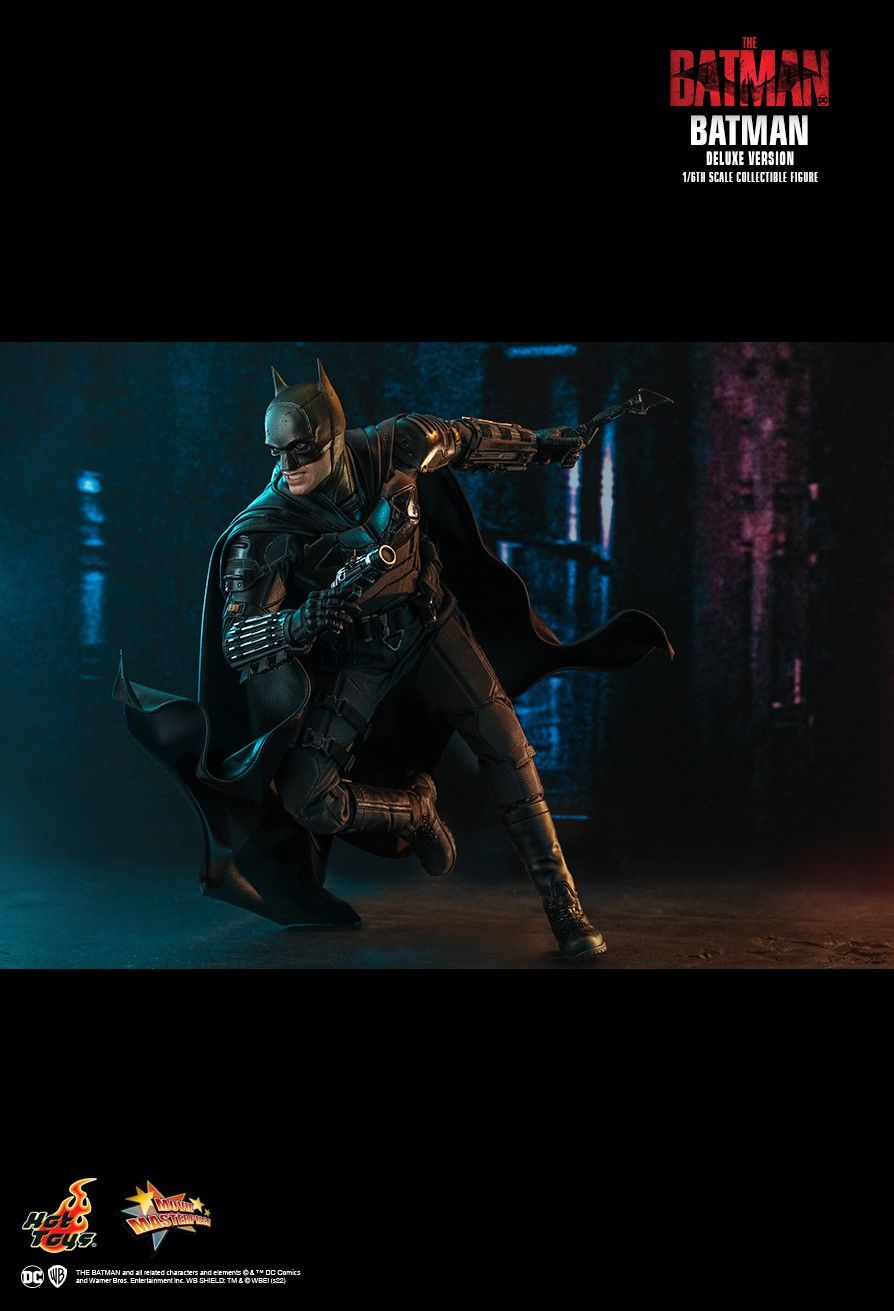 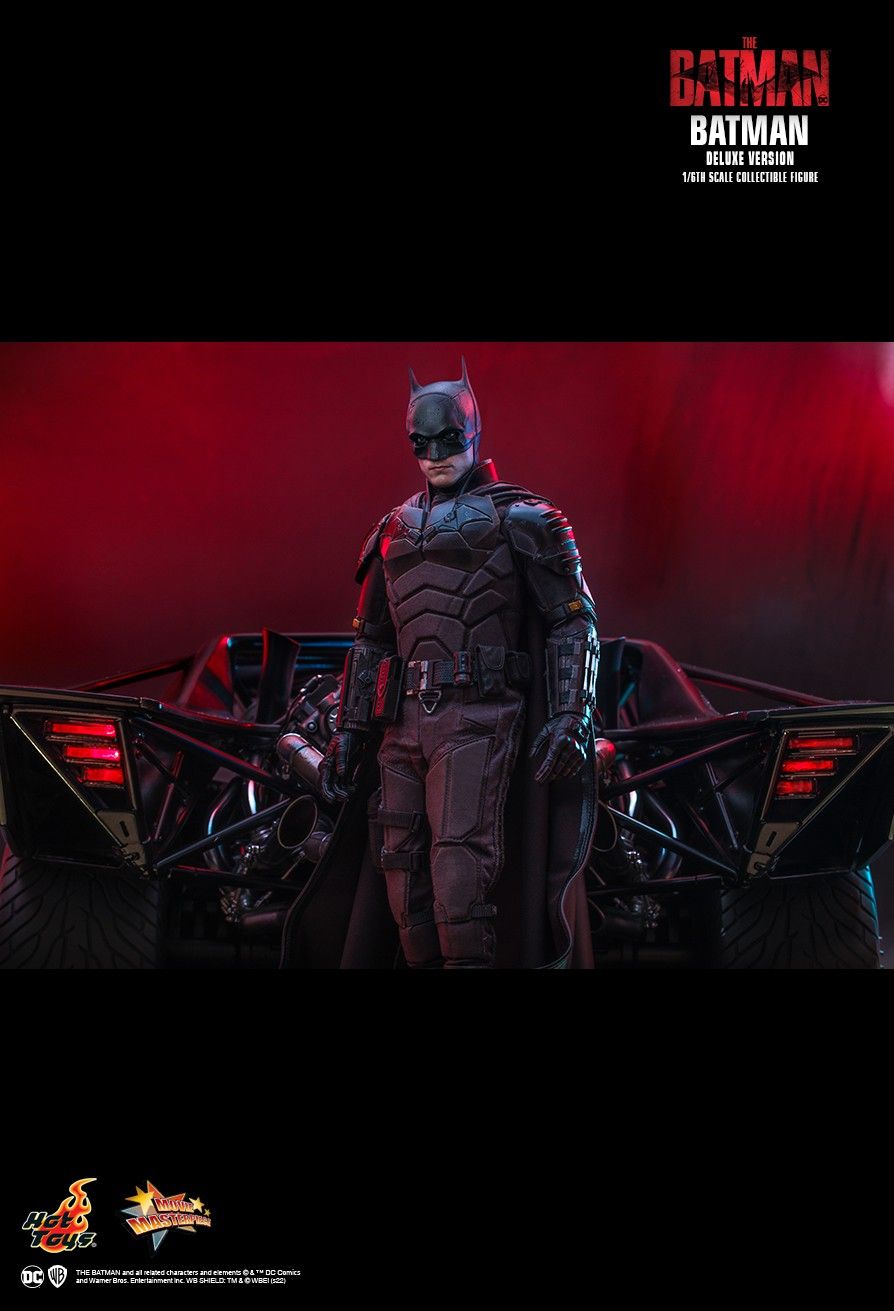 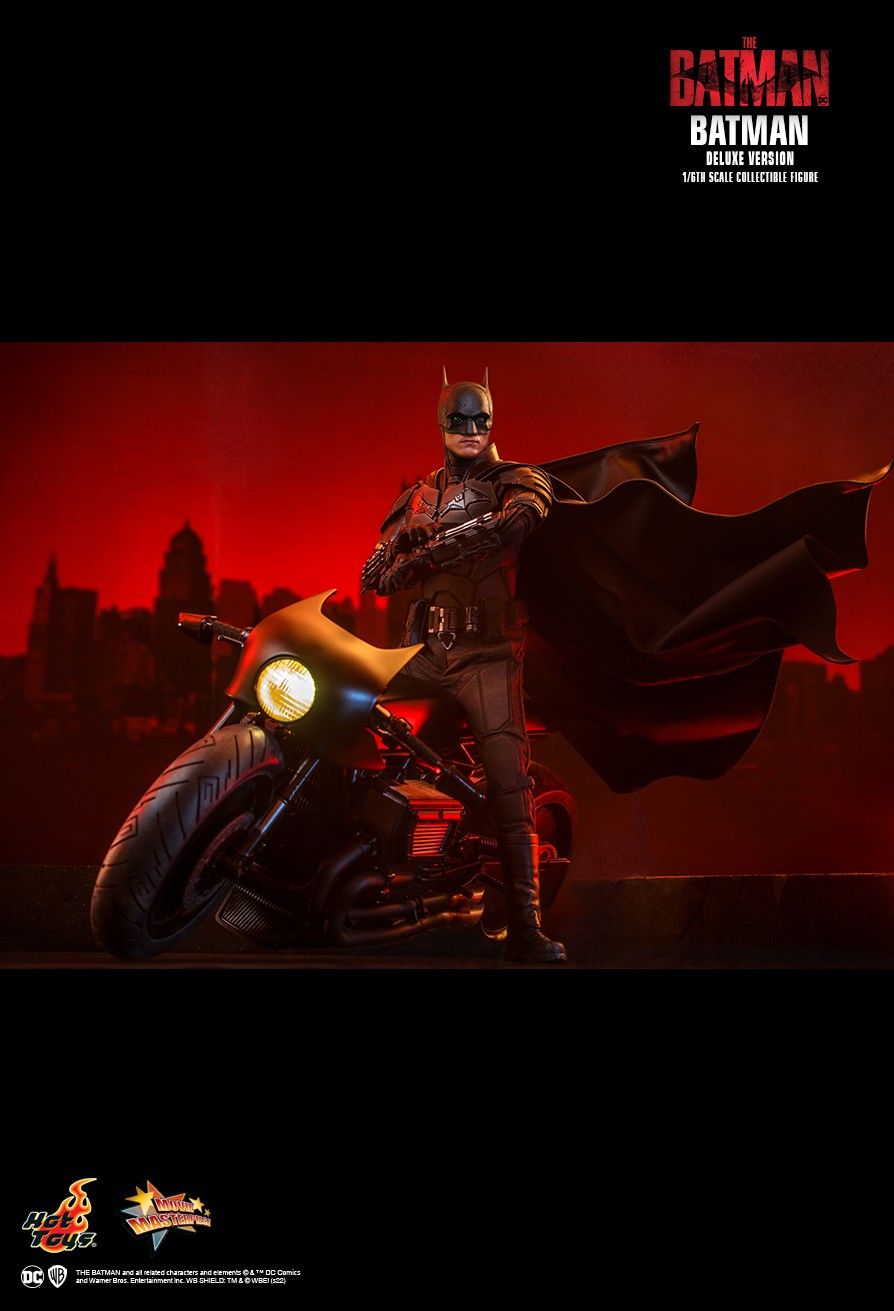 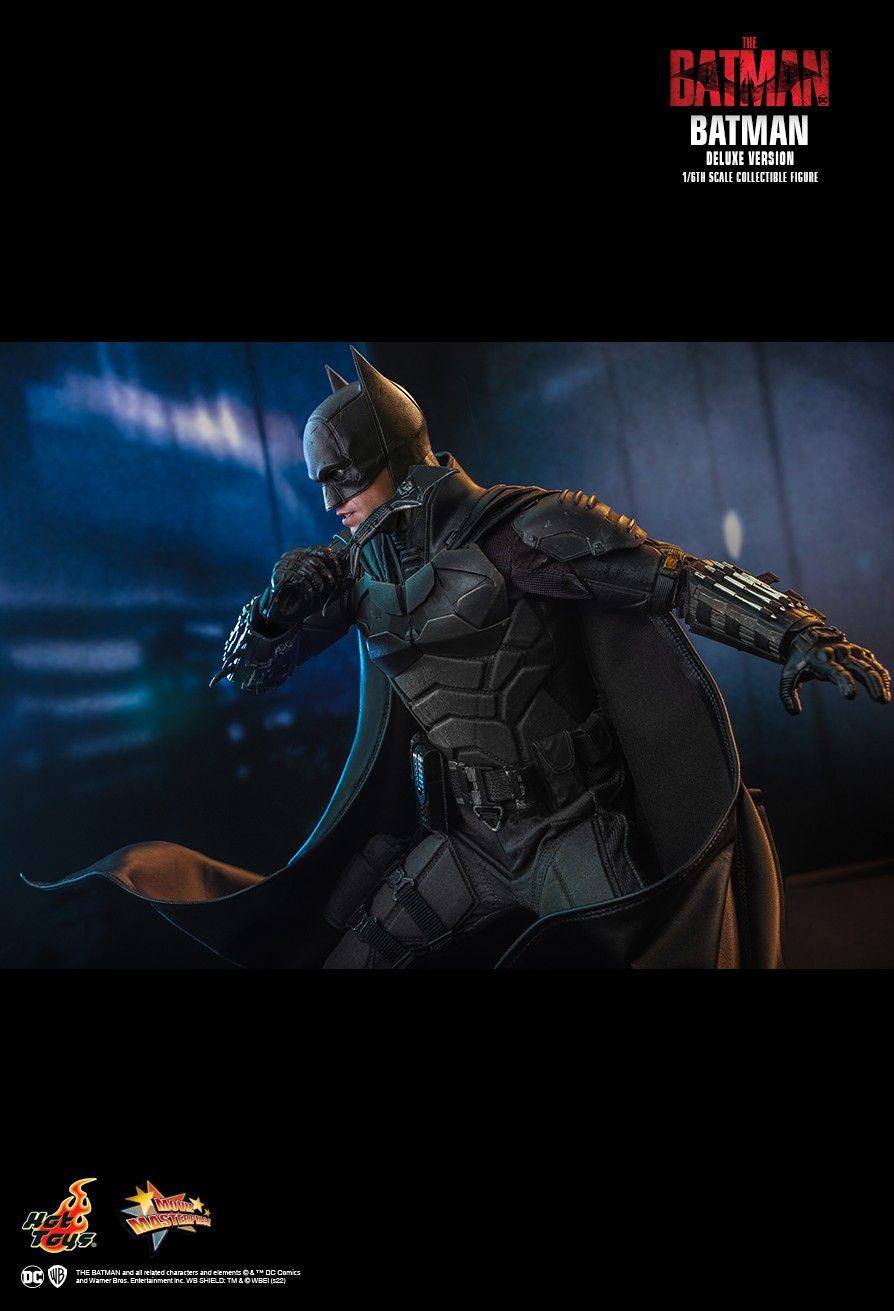 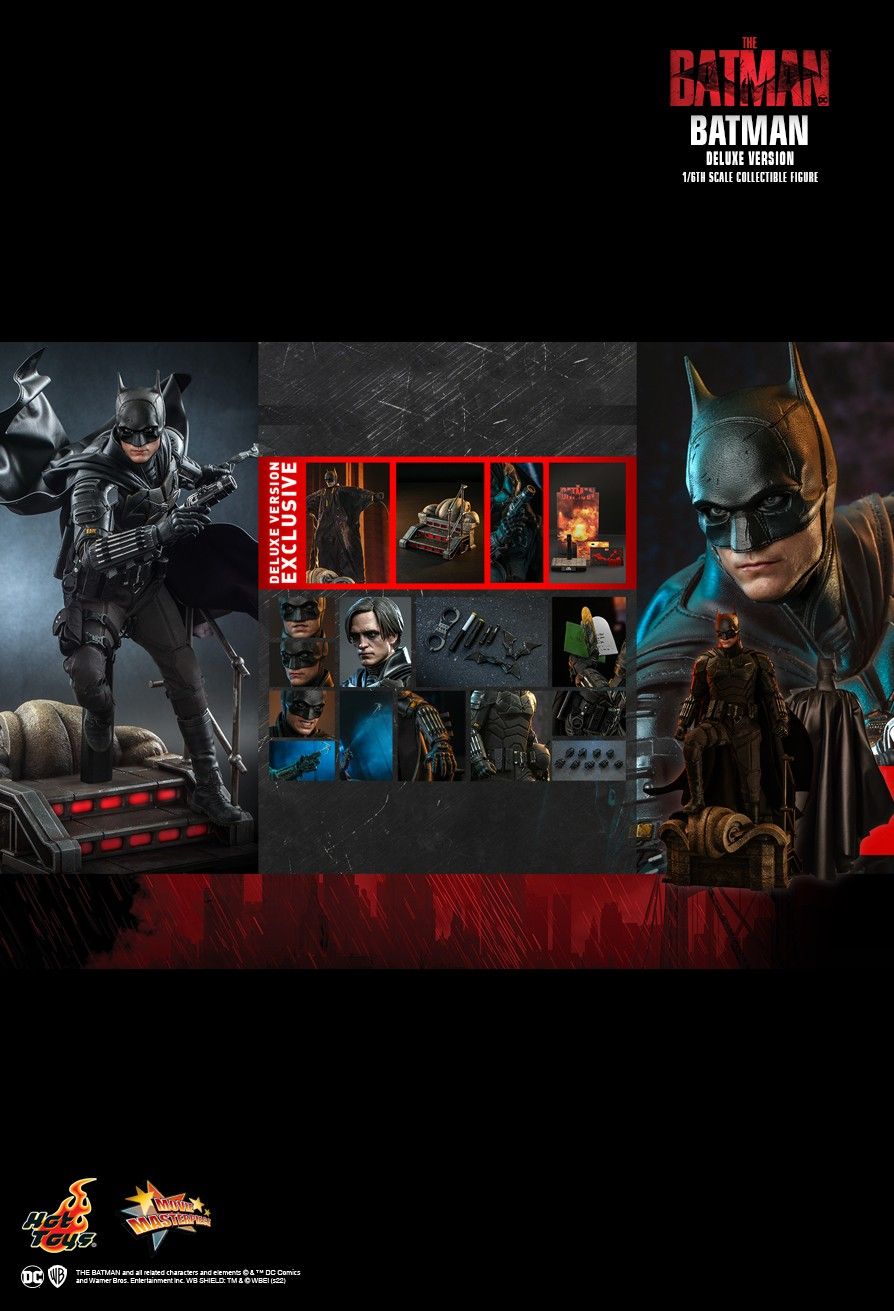 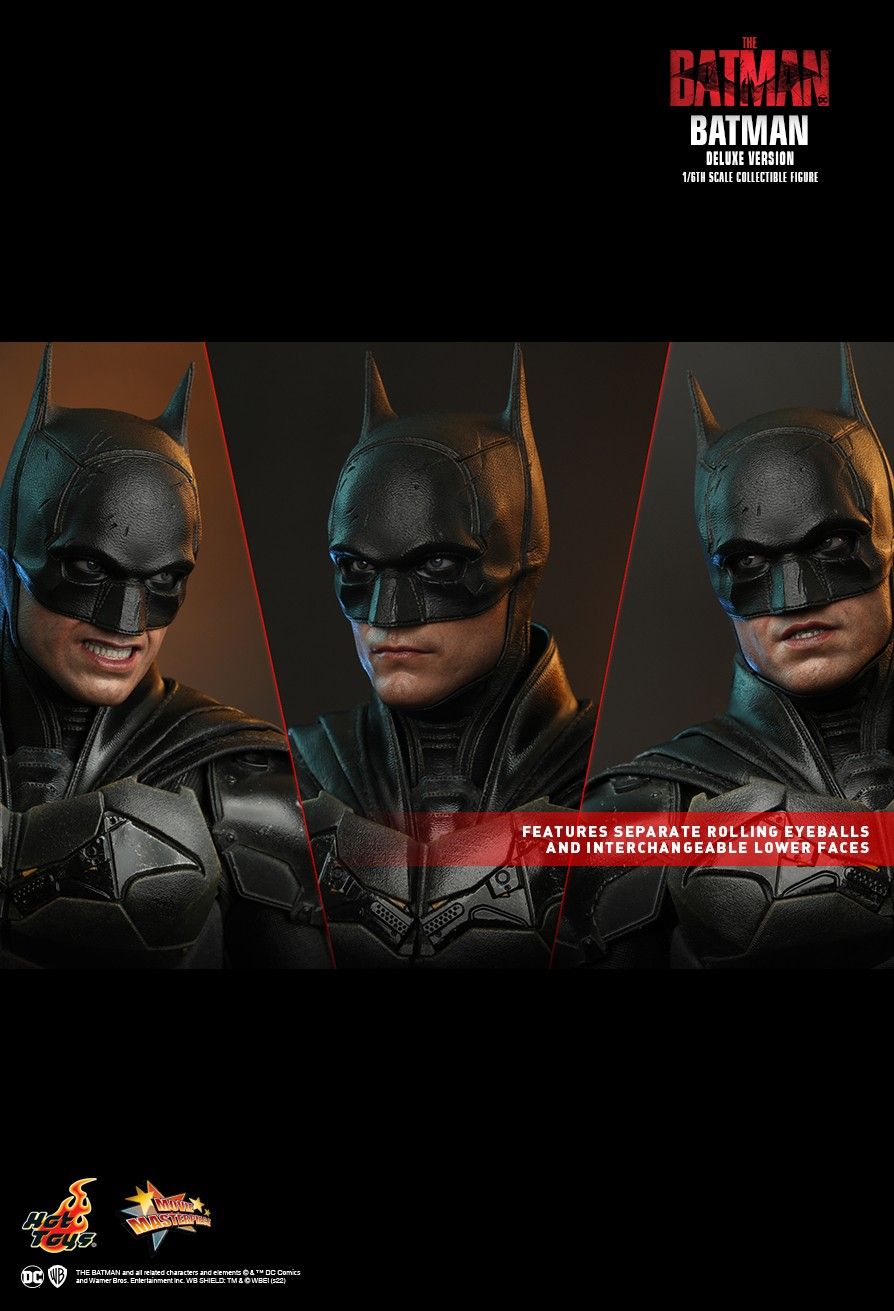 With only a few trusted allies amongst the city’s corrupt network of officials and high-profile figures, the lone vigilante has established himself as the sole embodiment of vengeance amongst his fellow citizens. The Caped Crusader in wingsuit soars above Gotham City and be on the lookout for his greatest adversaries.

With the release of The Batman movie, Hot Toys is excited to introduce the Batman (Deluxe Version) Sixth Scale Collectible Figure, which comes with wingsuit and accessories for integrated set-up.

In addition, the Deluxe Version will exclusively share a few more accessories for sophisticated collectors including the wingsuit, sticky bomb gun with insertable bullet, LED light-up staircase and building décor as diorama accessories, and also includes a character backdrop.

*Light up function can be operated by USB power or battery.
*USB connecting cable is not included for collectible, Micro USB cable is required. 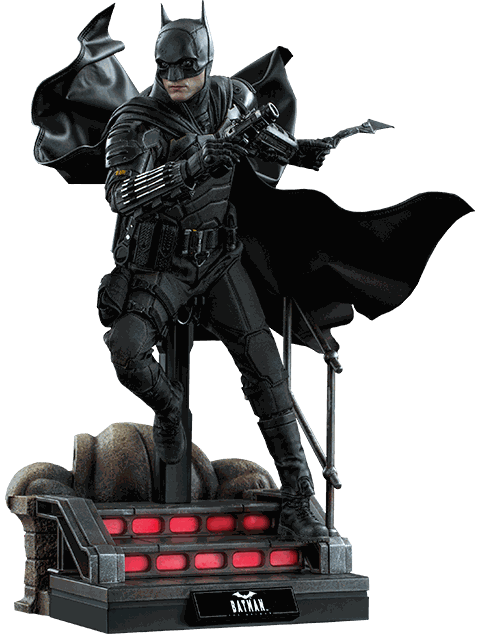