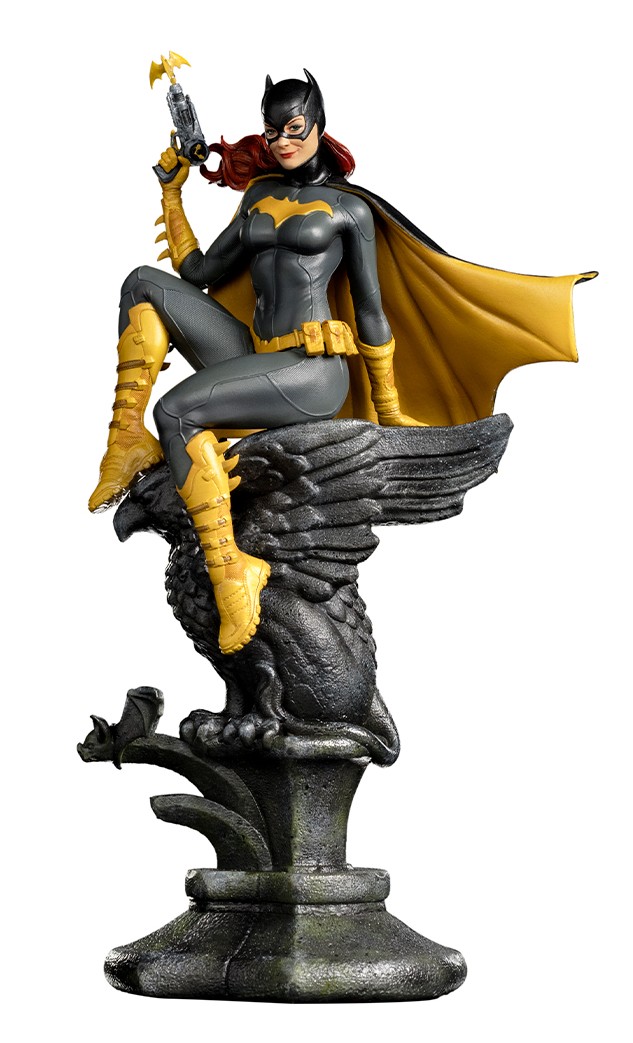 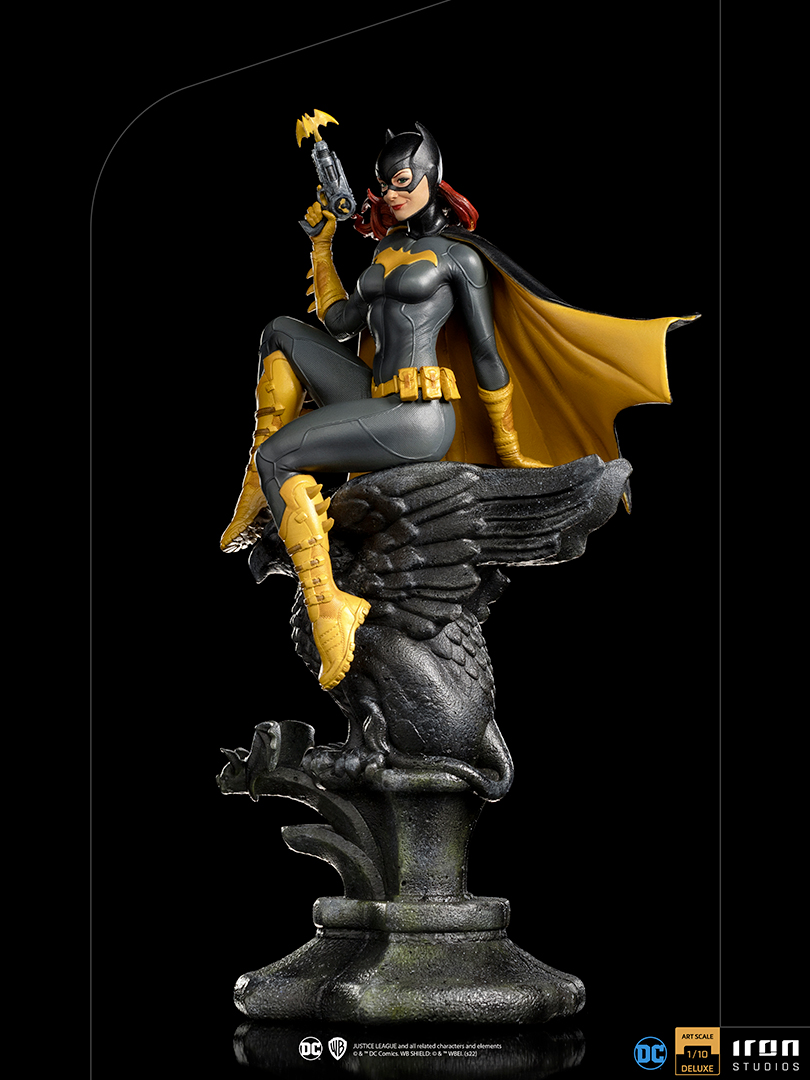 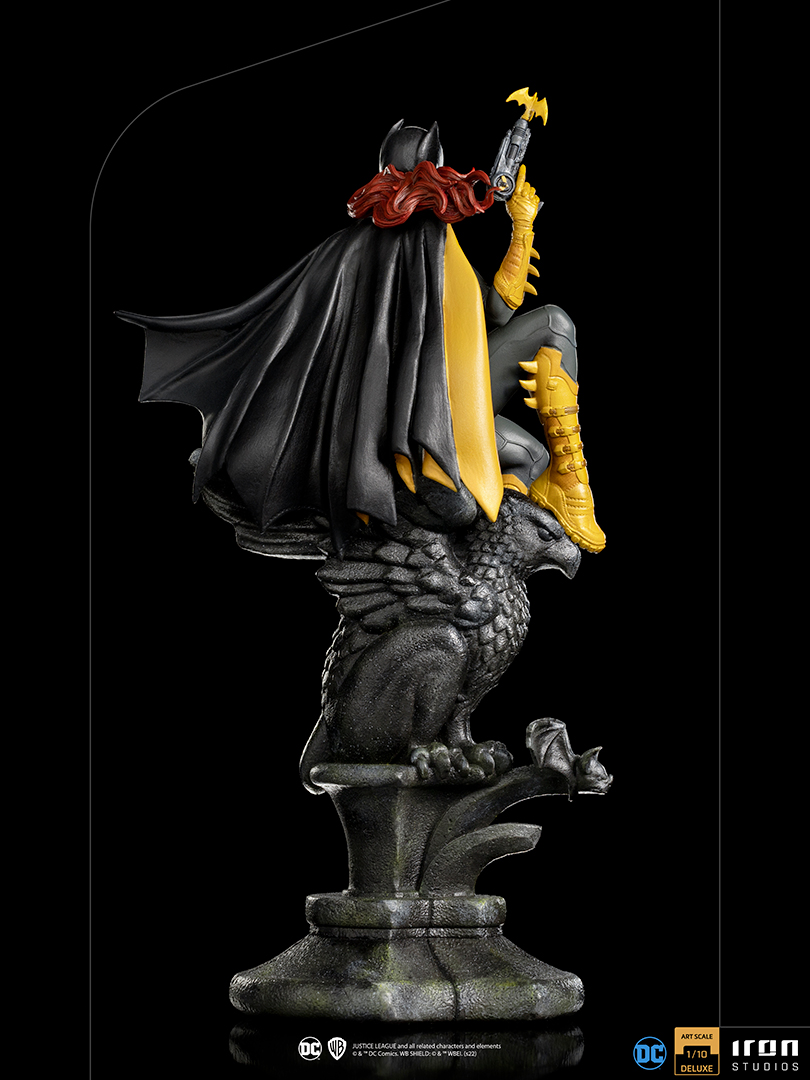 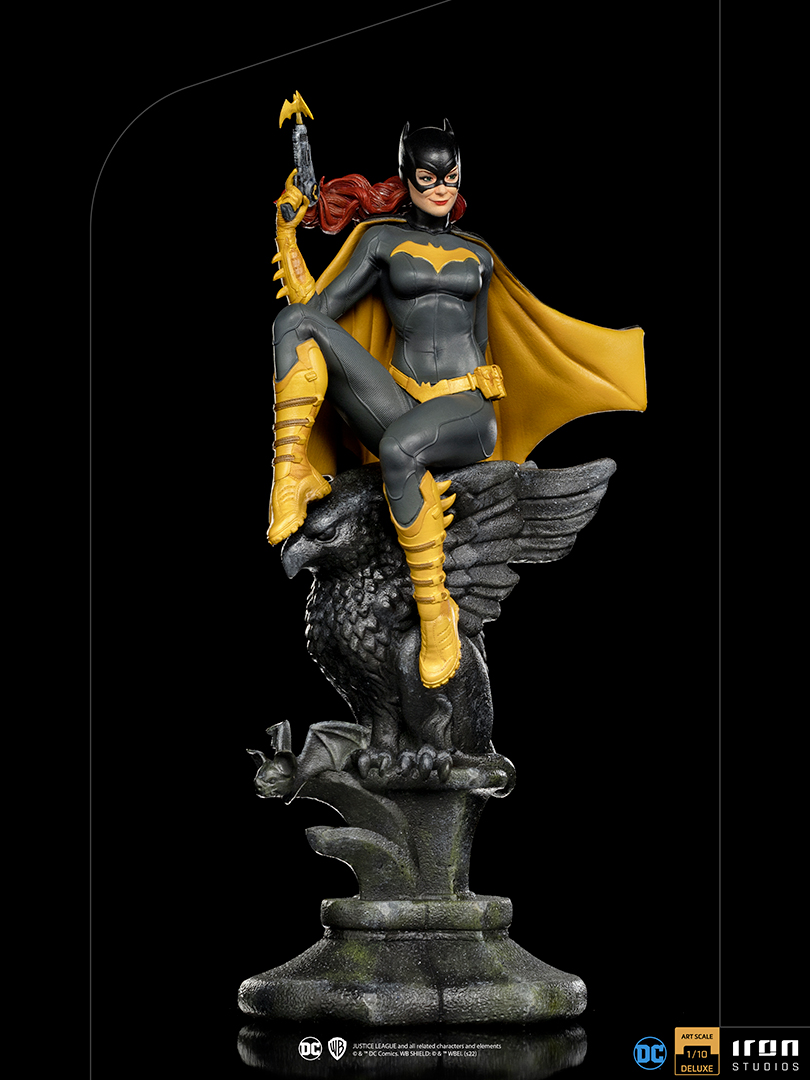 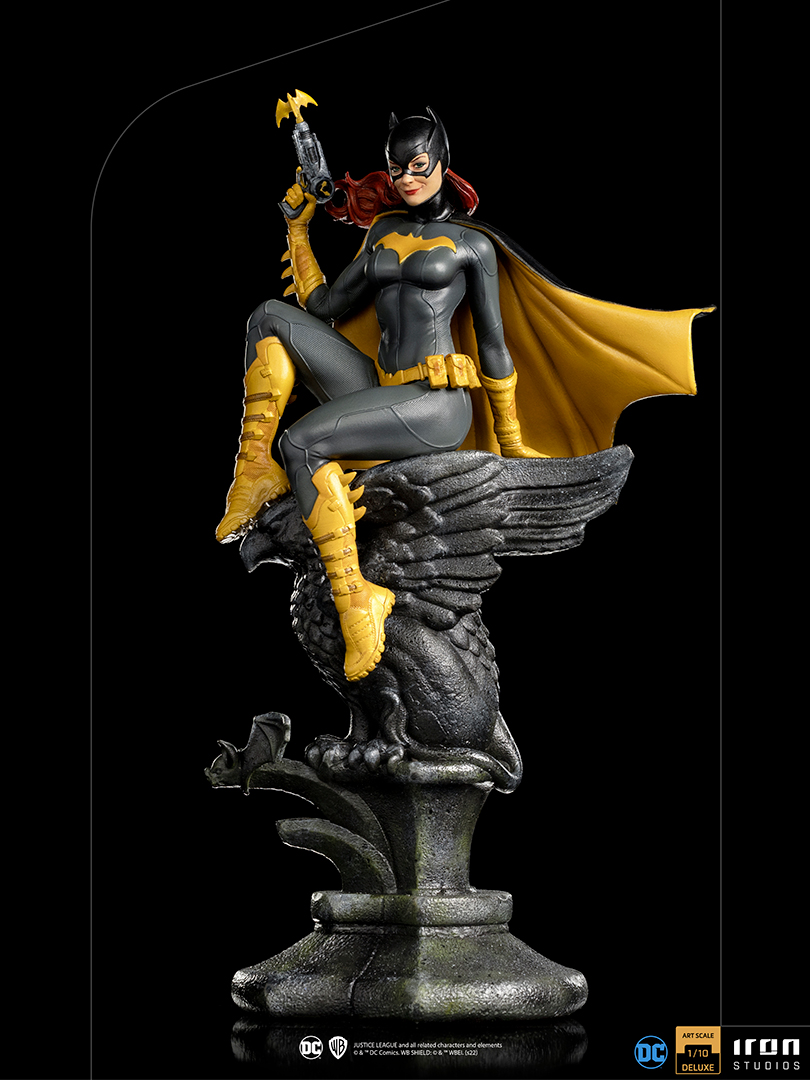 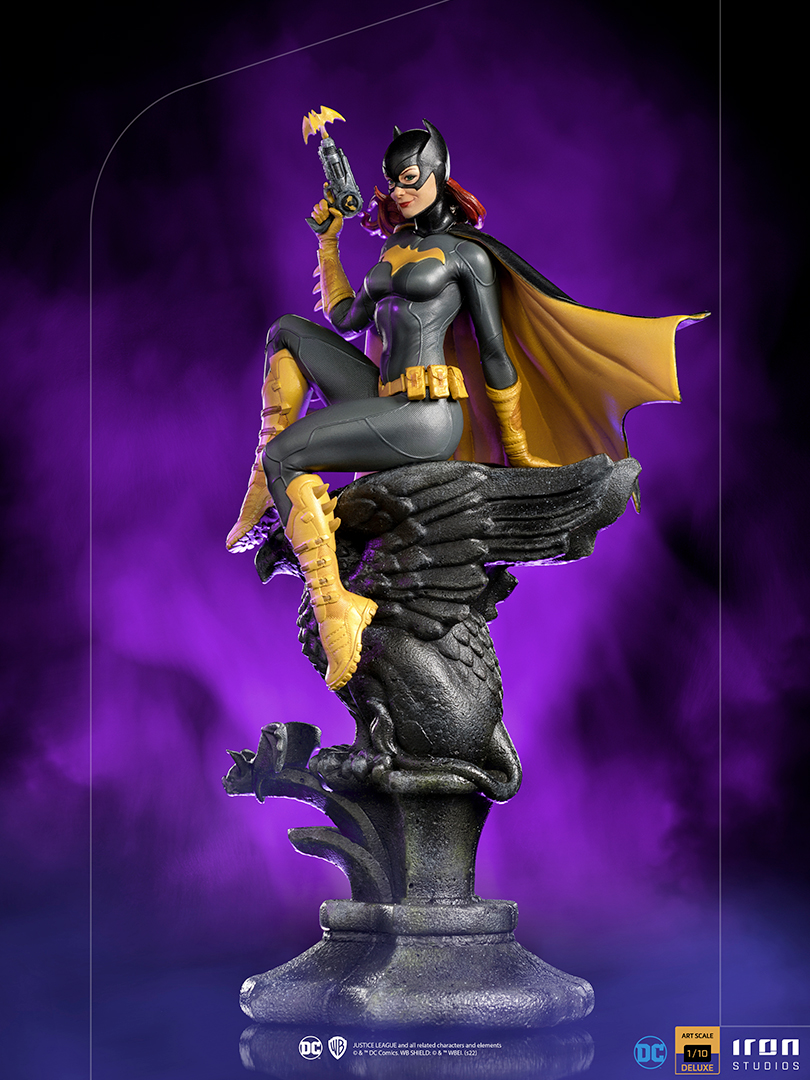 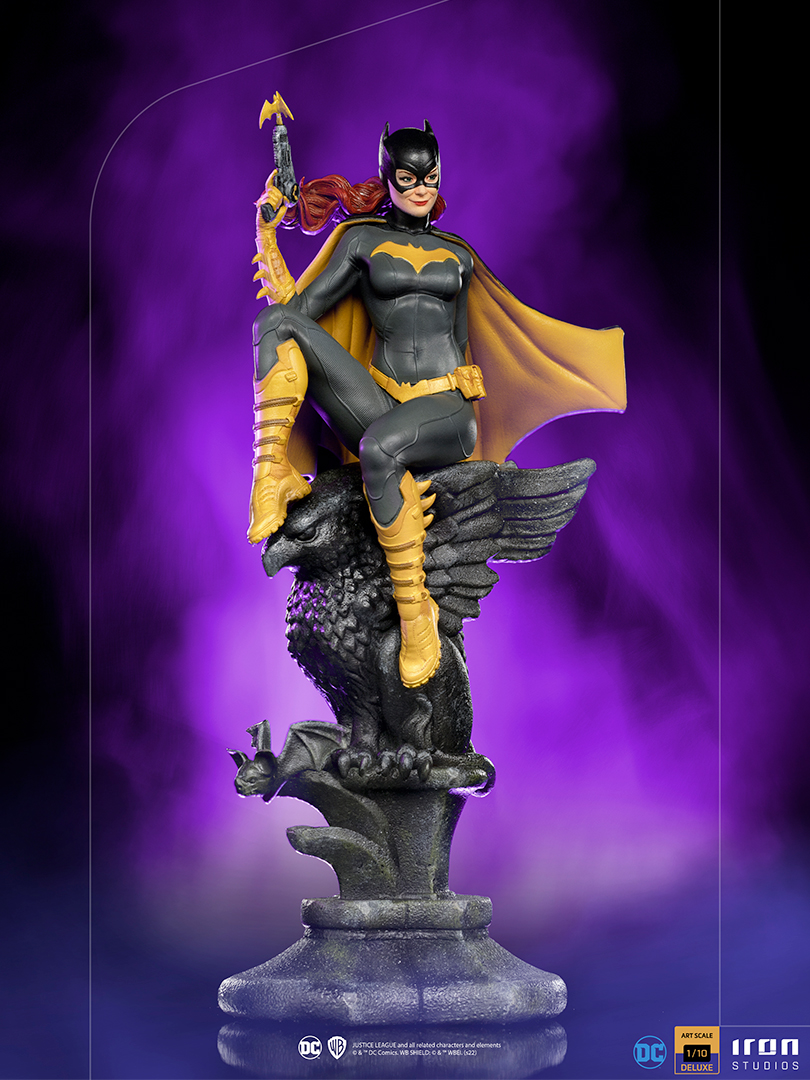 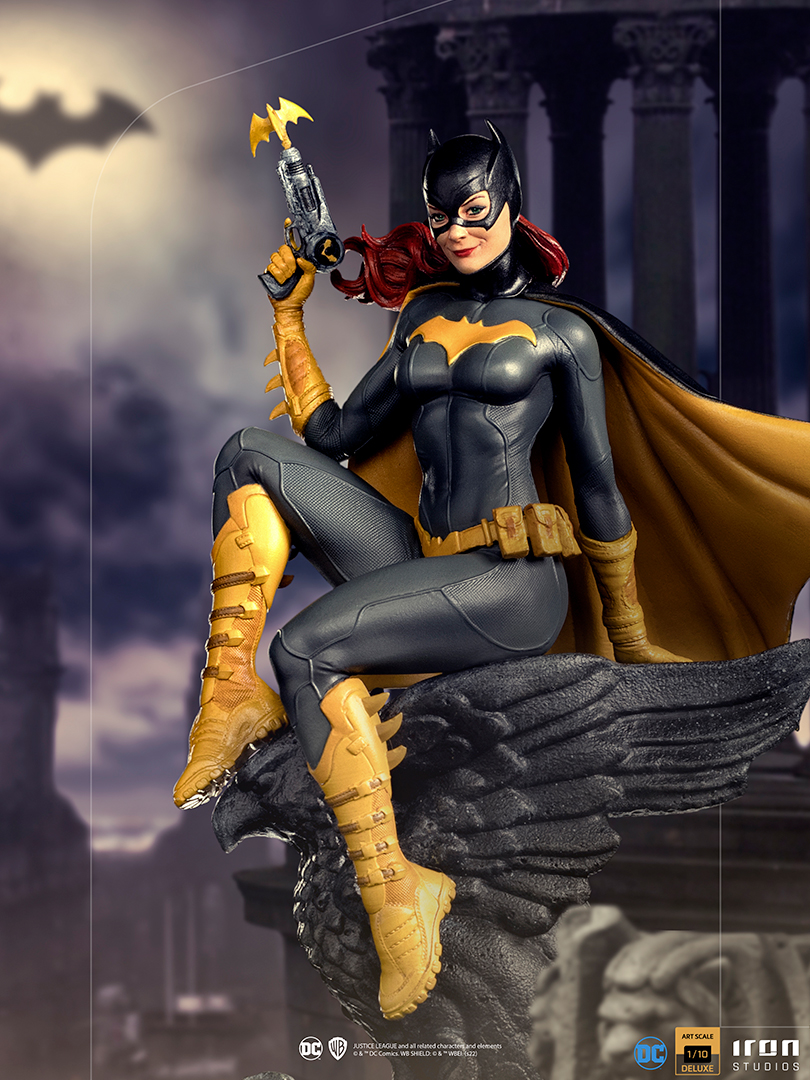 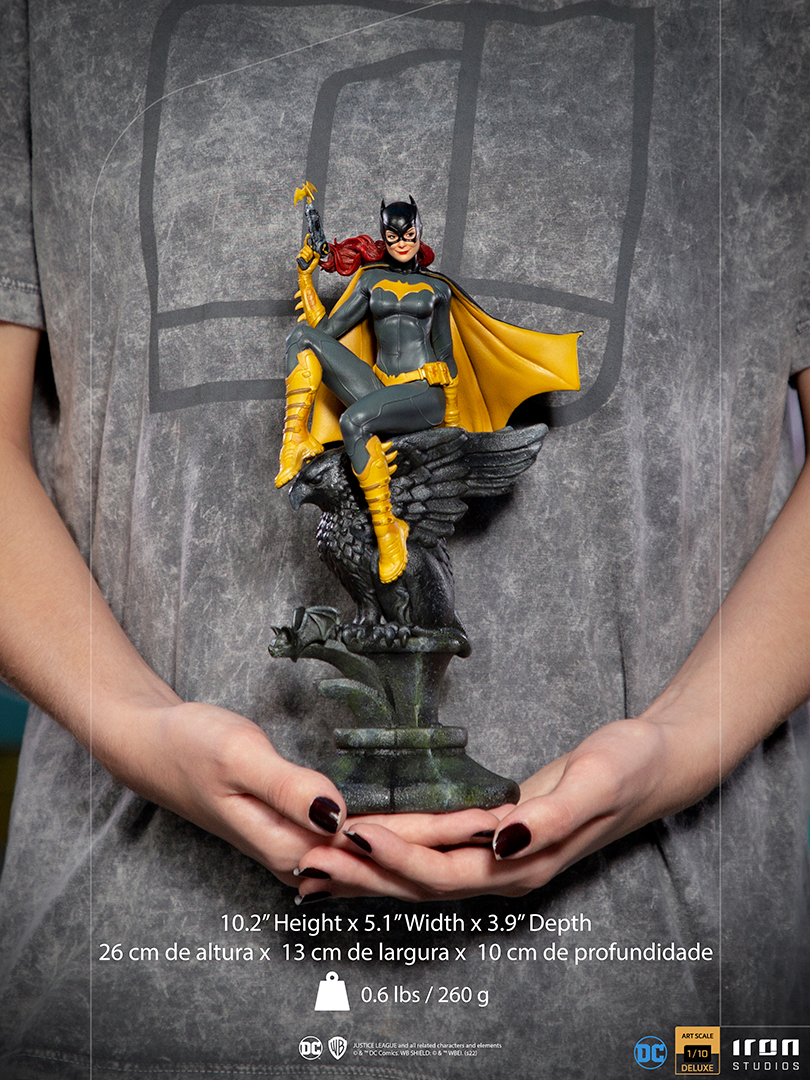 From the top of a skyscraper on the dark city of Gotham, a red-haired young woman, with ferocious eyes and a roguish smile, watches over the cold metropolis, relaxedly sitting on a concrete gargoyle in the shape of a gryphon with a small bat on the front. Holding a grappling hook gun, the beautiful vigilante wears a gray, yellow and black costume that carries aspects and elements from her original classic looks mixed with a more modern version. Thus, Iron Studios bring their statue “Batgirl DC Comics Series #7 Deluxe Art Scale 1/10” of the most popular hero, follower and heir of the Dark Knight’s cape.

The most iconic version of the hero came out on the TV series “Batman” from 1966 played by Yvonne Craig, and thanks to the series’ success and charisma of the character, she was incorporated to the comics in 1967. Batgirl is Barbara Gordon, a joyful female vigilante version of Batman, inspired by the Dark Knight and by her father, Commissioner of Gotham’s City Police Jim Gordon. In 1988 Barbara became paraplegic after being shot by Joker on the classic graphic novel “The Killing Joke” by Alan Moore and Brian Bolland, and then started to fight crime as the hacker “Oracle”, extremely well-informed, helping all the other heroes from the DC Universe with information. She was also founder of the group called Birds of Prey next to the heroines Huntress and Black Canary. She was able to walk again and act as Batgirl after the editorial reboot known as “The New 52”, demonstrating an unshakable spirit, using both her physical training as her sharp intelligence to fight for justice.

Presented at Inside Iron Studios: Second Edition, and already available for Pre-Order, Batgirl is part of Series 7 of the collection of statues by Iron Studios that brings the greatest icons from DC comics universe.