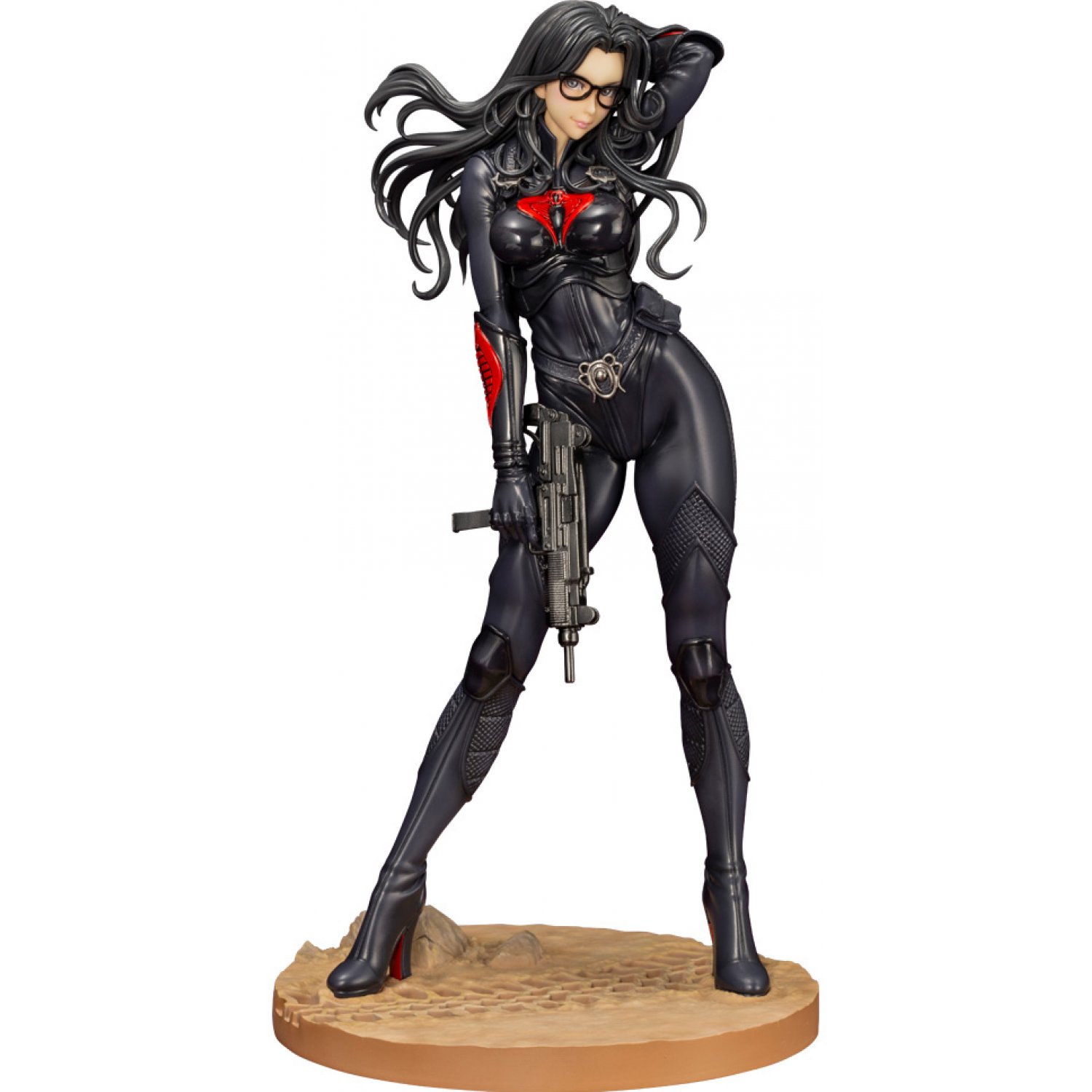 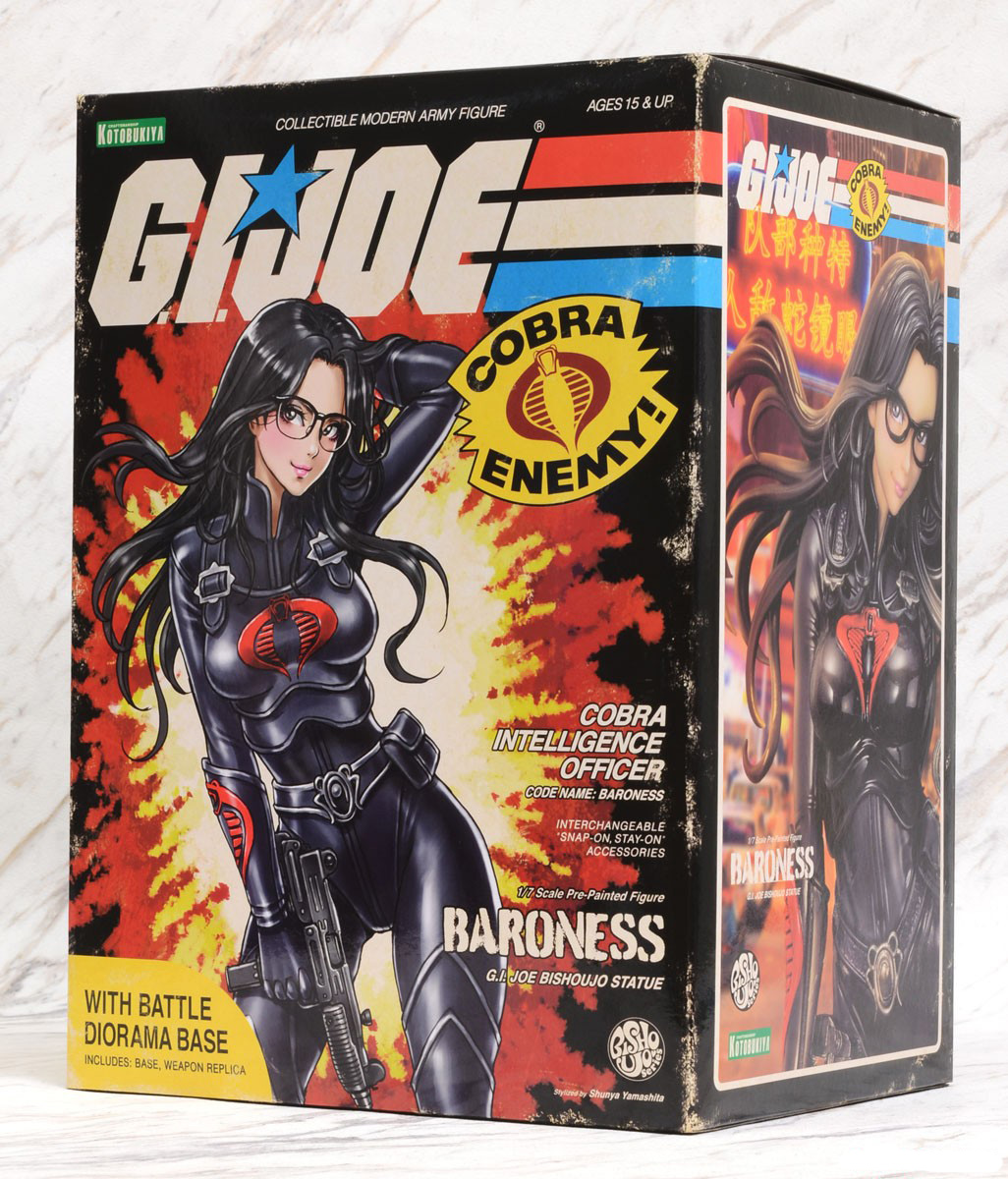 The heroes of Hasbro's world's first action figure series "GI JOE" and the various characters of the evil corps "Cobra" who are planning to conquer the world will be reborn in Kotobukiya's BISHOUJO arrangement!

The second edition following the popular first agent "Scarlett" has a lineup of super-spy "Baroness" from the evil secret organization "Cobra". In this product, Shunya Yamashita drew the concept art just for this figure conversion!

She specializes in radical intelligence, uses a large number of weapons, and drives a variety of vehicles freely in a three-dimensional pose with a dazzling pose that scoops up its distinctive long hair.

Like a cobra that uses the secret weapon supplied by the weapon merchant "Destro", the bodysuit also adds surface details of a different shape from the G.I. JOE team. More detailed improvement was given by original interpretation. It also comes with a submachine gun, which is one of her favorite weapons.

The prototype was created by Mr. Komaki Toshijima (BUSUJIMAX) who continues to draw attention with its high formability and sense and has achieved the ultimate edition with a beautiful finish by digital sculpting.

Please expect from G.I. JOE girl who decided that two or more characters will be expanded after this Cobra!!