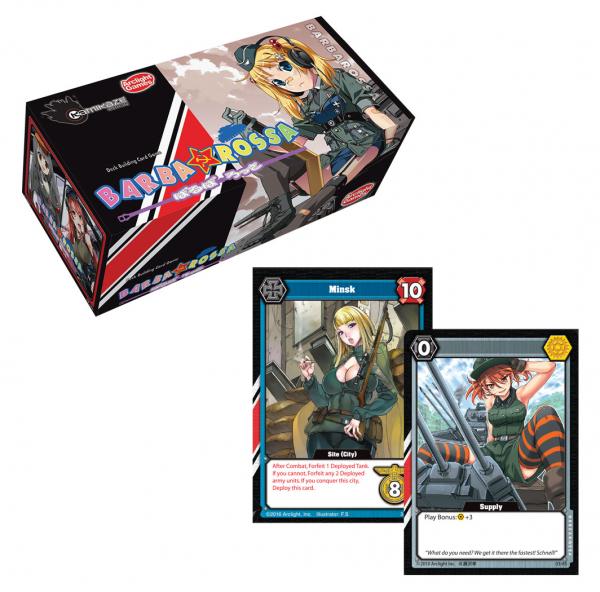 Barbarossa is set in a fictional Second World War setting in which cute German military girls rush against Moscow to defeat the evil magician Stalin.

The game uses the in-game deck-building mechanism from Dominion that is, each player starts with a small deck of resource cards and during the course of the game one buys cards from an open card pool to build a deck of cards to play with. Goal of the game is to conquer Moscow. If Moscow falls the player with the most victory points wins. Victory points are acquired by conquering different cities and/or strategical positions during the game. Every time you attack a city, event cards from an event deck are drawn (e.g. General "Winter"). Barbarossa uses six different kinds of cards:

The goal of the same is to conquer cities until finally taking (fictitious) Moscow.

Players begin the game with identical decks of 8 cards. As the game progresses, players will recruit new cards to make their deck stronger and uses those cards to conquer cities and other strategic targets. When one player conquers Moscow, the game ends and the player with the most victory points wins!