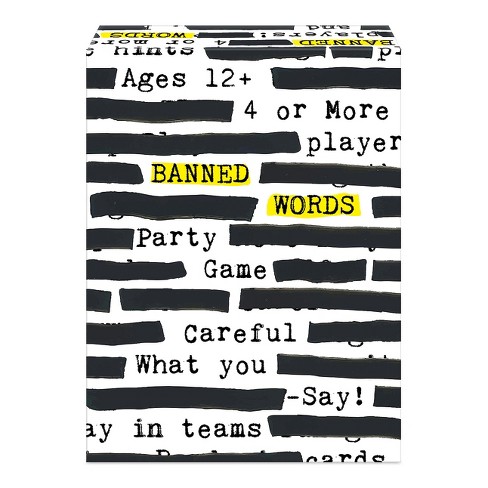 Players in Banned Words need to get their teammates to guess five secret words or phrases while avoiding traps set up by the opposing team but you can only guess what those traps might be!

In more detail, the game lasts three rounds. At the start of each round, each team (red and blue) receives a card showing five words or phrases. Team members then write down up to sixteen words they think someone on the other team might use while trying to get their teammates to guess these secret words.

Once each team has written down their "banned" words, one person on each team is designated as the clue-giver, then they swap cards. The clue-giver on the blue team then starts giving clues to their teammates; if this clue-giver says any of the words that the red team wrote down prior to the start of the round, someone on the red team holds up the card holding the word and says it out loud.