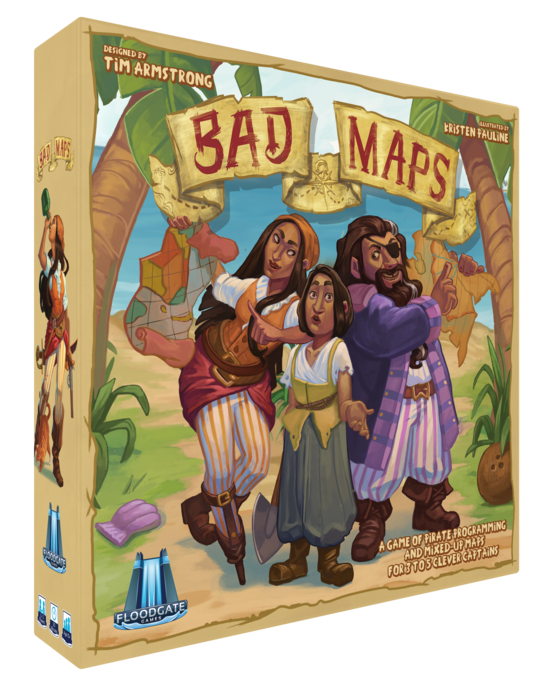 Bad Maps is a game of pirate programming and mixed up maps for 3 to 5 players that plays in about 30 minutes.

Over the course of 2 rounds, players lay out pieces of treasure maps, collectively forming instructions for minions to follow.

Each round has some map cards placed face up, and others face down -- hiding the card's instruction, but showing its type. Minions follow these instructions, stumbling their way along as they collide and fall into pits.

Players score victory points each round based on which minions are closest, or sometimes furthest, from the treasure.

After the first round, Minions dig pits where they ended, pull up their bootstraps, and start all over again. During the second round, the stakes are higher and the island is more treacherous.

In the end, the captain who pieces together the best treasure maps will be victorious in Bad Maps!