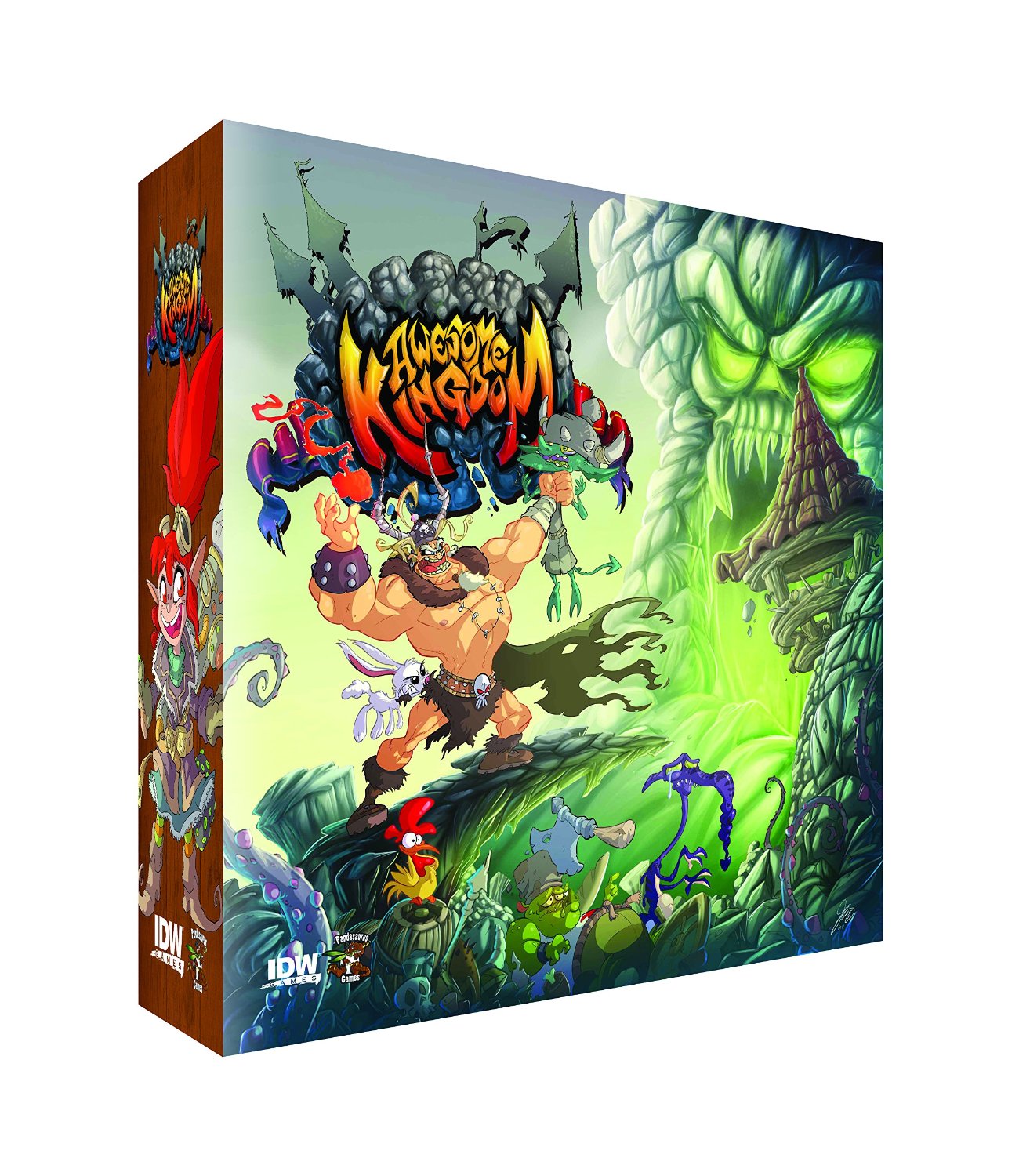 Awesome Kingdom: The Tower of Hateskull is a lightweight, fast and funny dungeon-crawling card game in which players compete to be the most awesome hero after three days of adventuring.

Players enter the dungeon as one of eight epic characters, such as the Ragebarian, Prestidigimancer, or Paladude, with each character being bestowed with an appropriately amazing ability. The dungeon is formed out of a circle of dungeon wall tiles, with dungeon cards filling most of those spaces and heroes filling the rest.

A day lasts three turns, and on a turn, you play an action card from your hand, normally moving your hero around the circle of cards (skipping over other heroes) and claiming the card on which you land, which could be treasure, a monster (which wounds you before you defeat it), a trap, or even a magic item. Cards are worth various amounts of awesomeness, and you want to be the most awesome hero at the end of the third day.