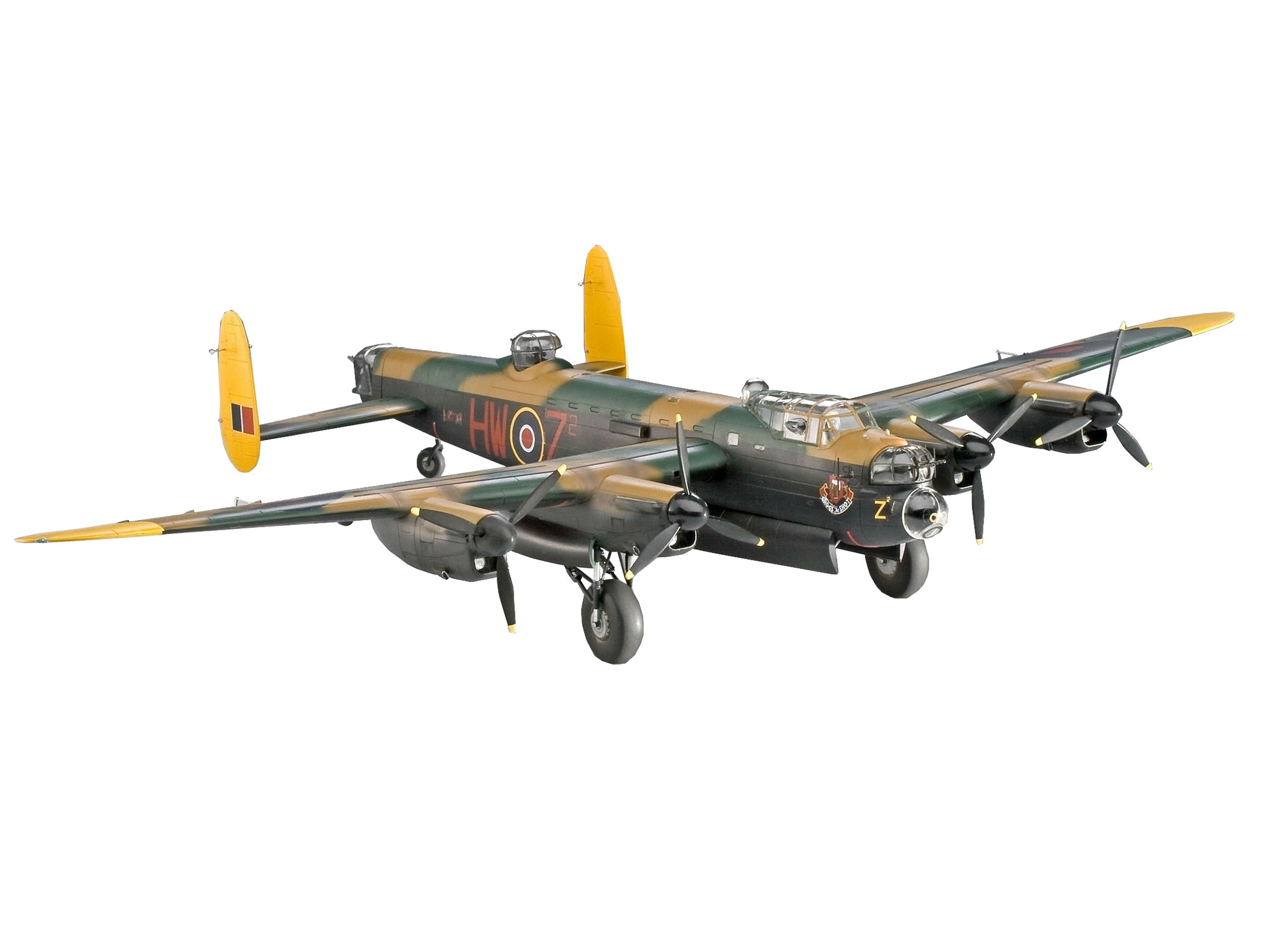 The four-engined Avro Lancaster was without doubt the most famous of all the RAF heavy bombers in World War II. From 1942 it formed the backbone of the night bombing offensives deep in Germany and gained its fame through the sinking of the Tirpitz and the destruction of the Möhne and Eder dam. The Lancaster was able to carry loads of up to 9,980 kg of bombs, the heaviest individual one being the Grand Slam . It saw service up to 1945 in 68 RAF Bomber Command squadrons and flew over 156,000 sorties. Out of a total of 7,300 aircraft produced almost half were lost. Today only two examples exist that are still airworthy, one in Great Britain, the other in Canada.

Super decals with 2 RAF versions for Mk.I and Mk.III: