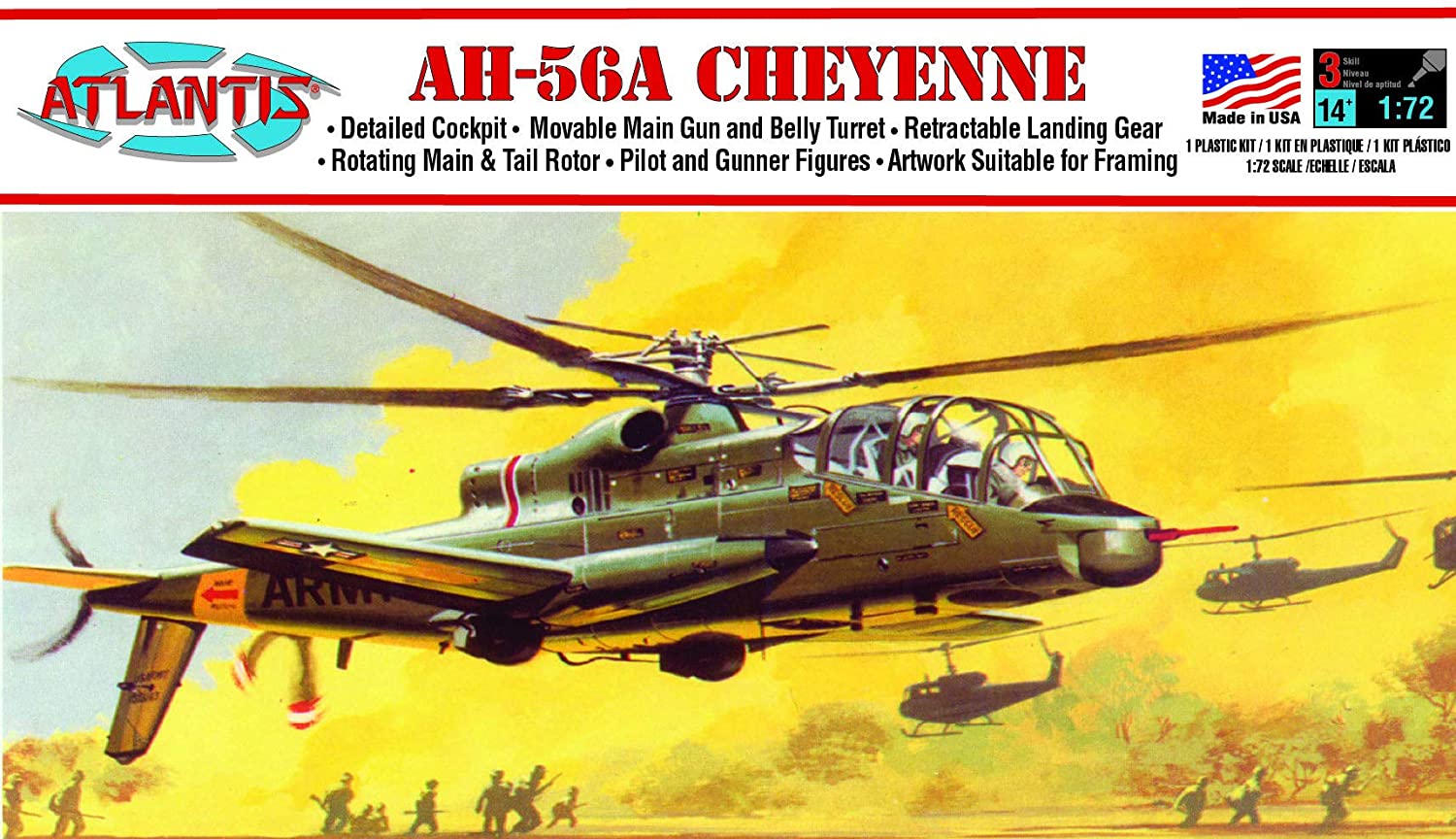 Background of the AH-56A Cheyenne:

Following a hotly-contested design competition, Lockheed received in March 1966 the US Army contract for development of an Advanced Aerial Fire Support System helicopter to replace the armed helicopters of the time. A dynamic test model was completed in May 1967 and the first flight of a genuine AH-56A prototype took place on September 21, 1967. One of the dramatic design features is the narrow fuselage cross-section which is made possible by the tandem seating arrangement of Pilot and Gunner. Unfortunately, a fatal crash of one of the prototypes, development delays, and the political climate led to the cancellation of the overall program.