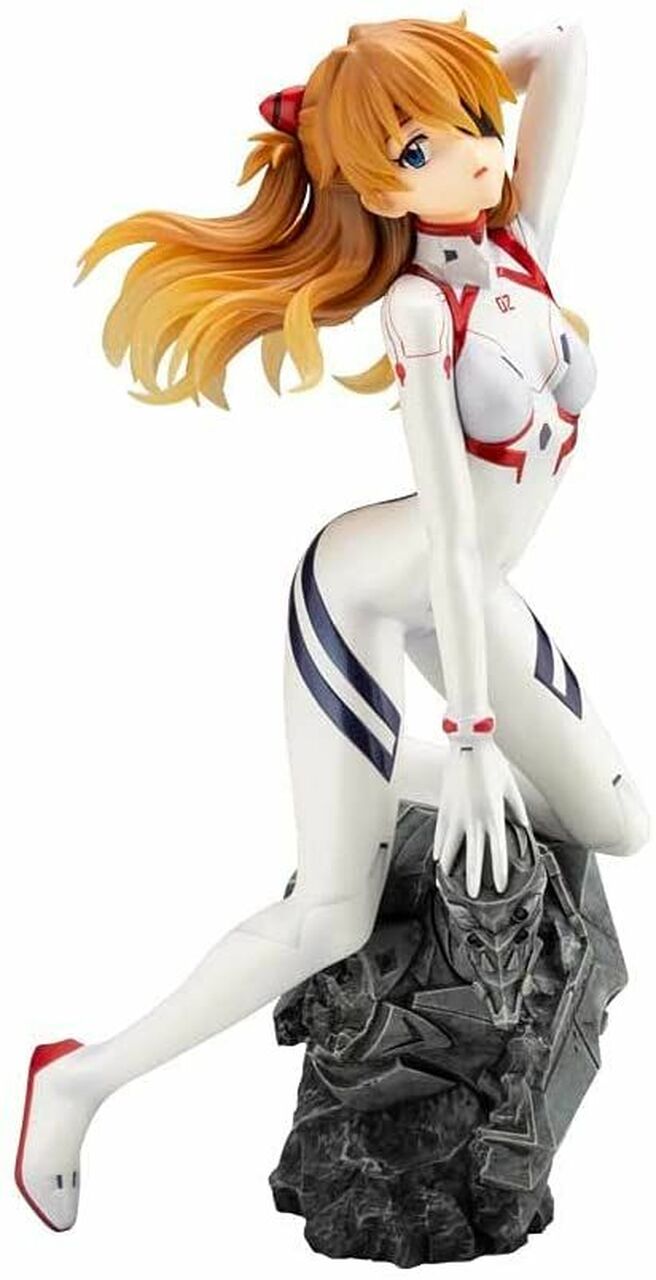 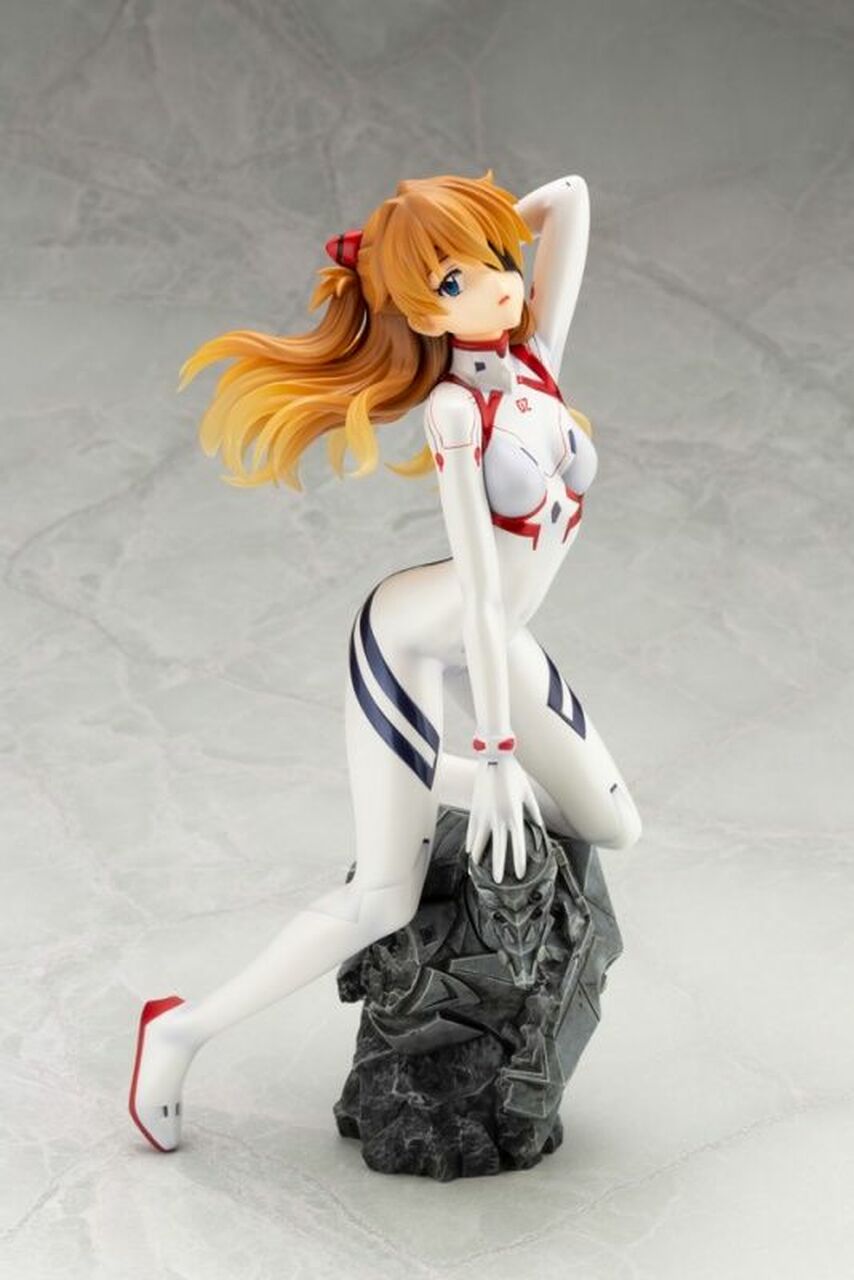 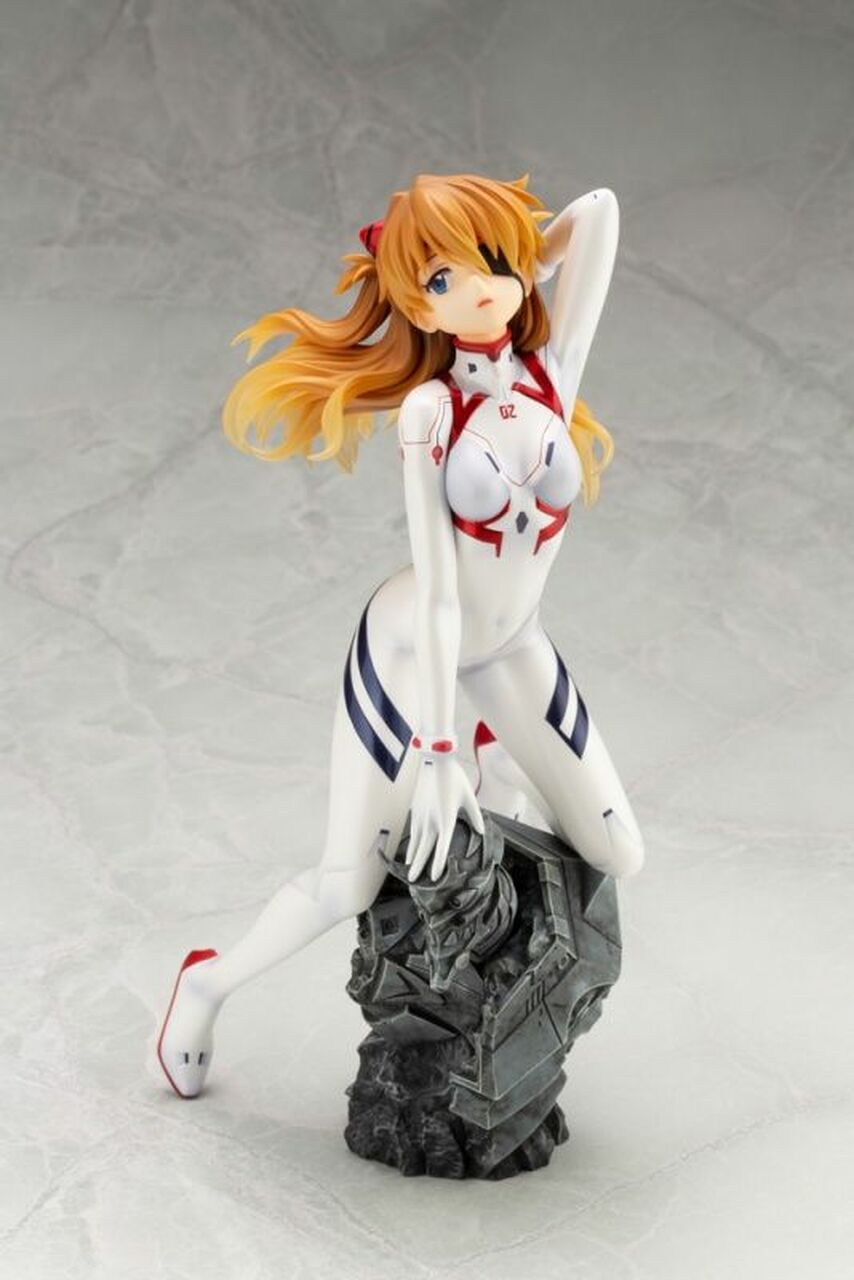 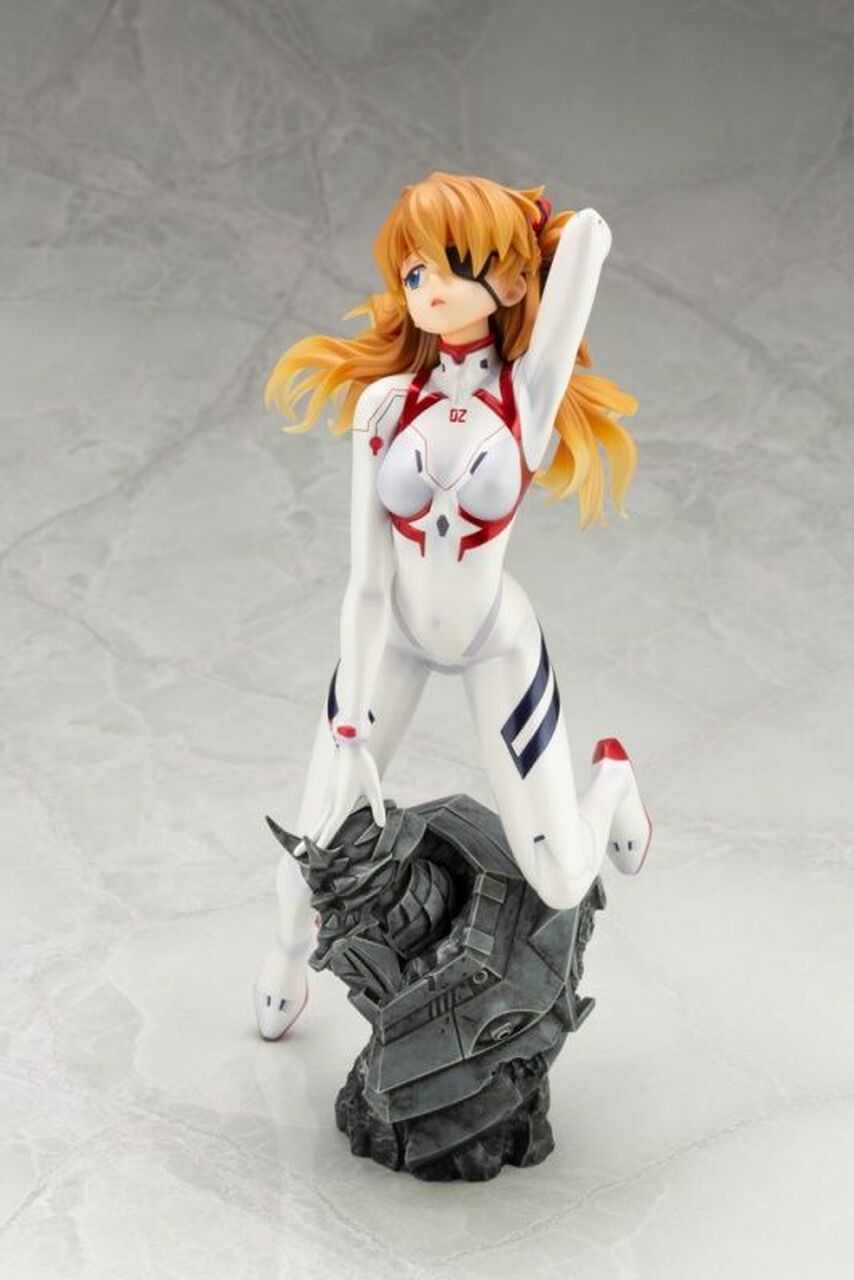 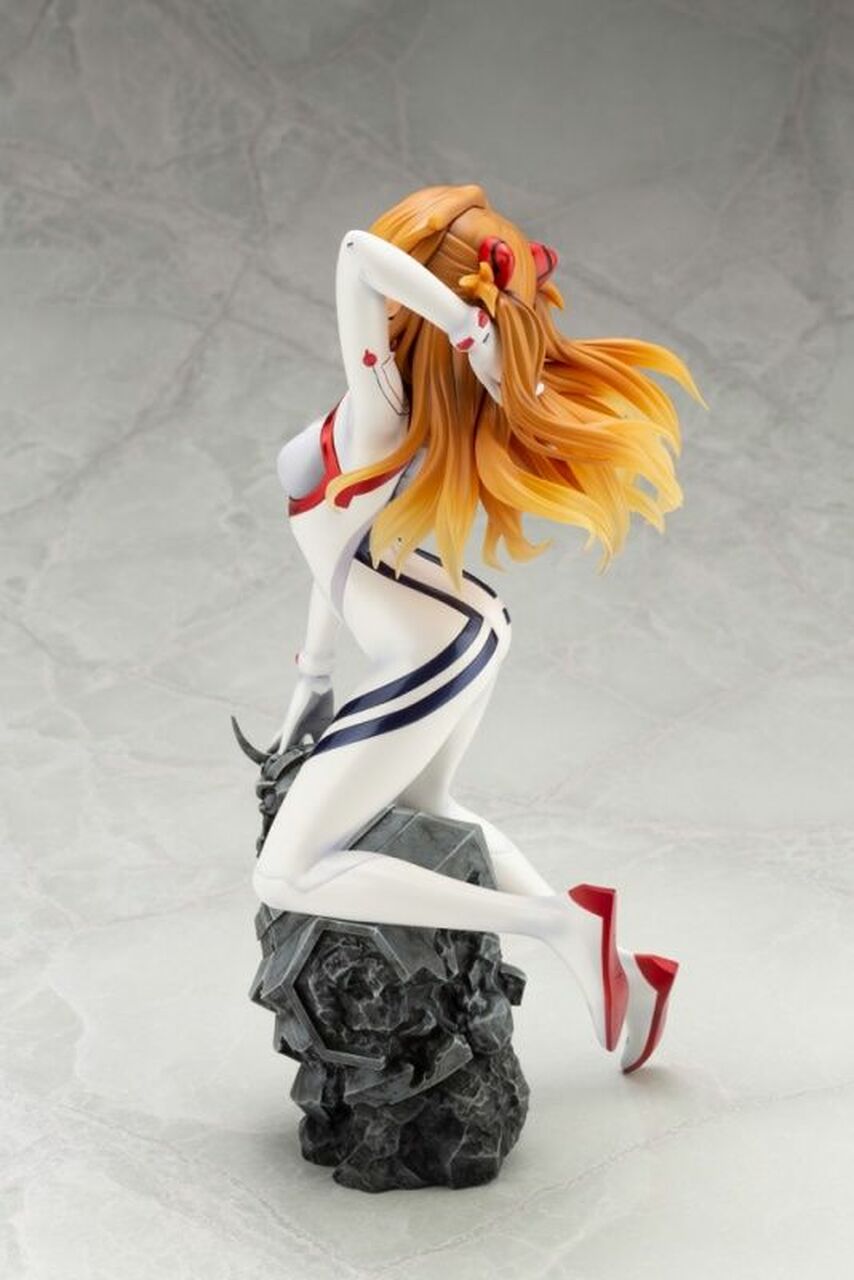 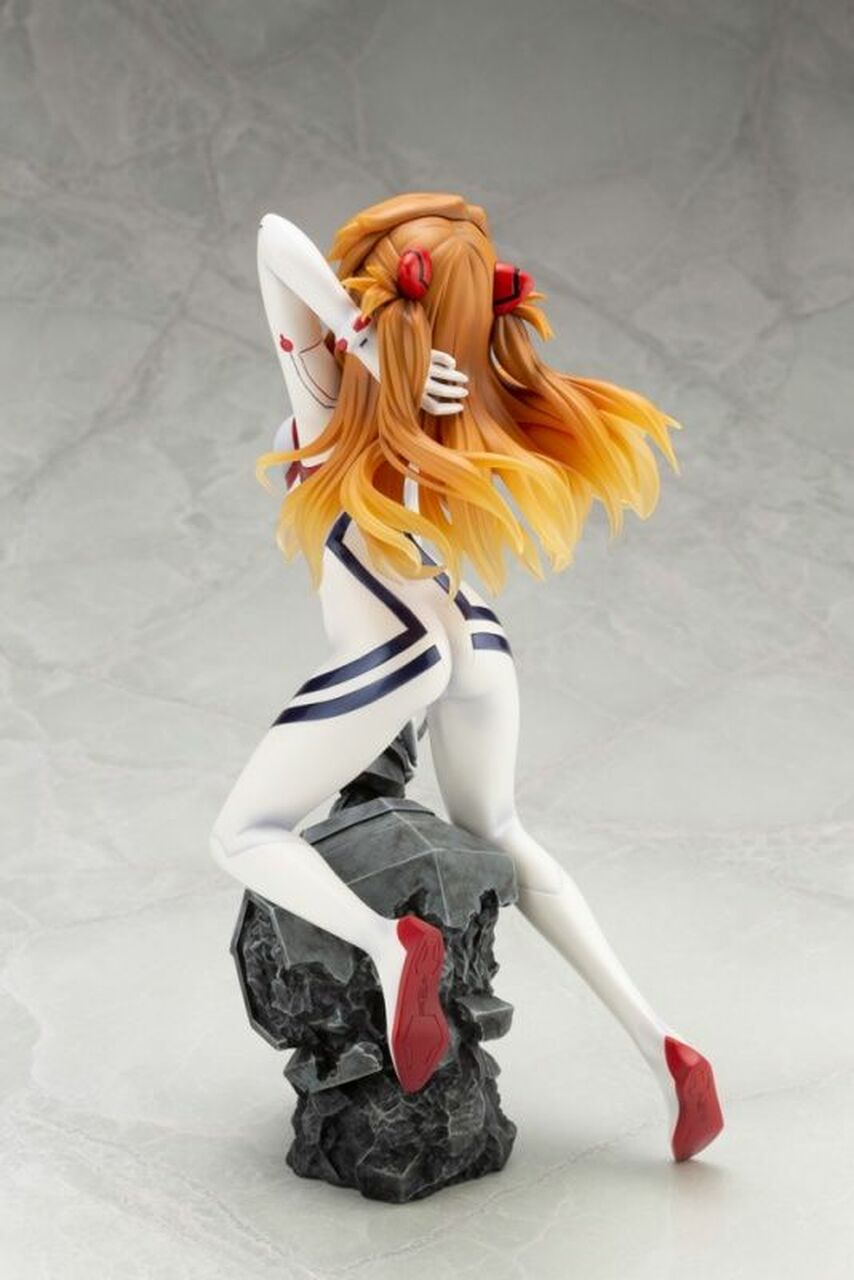 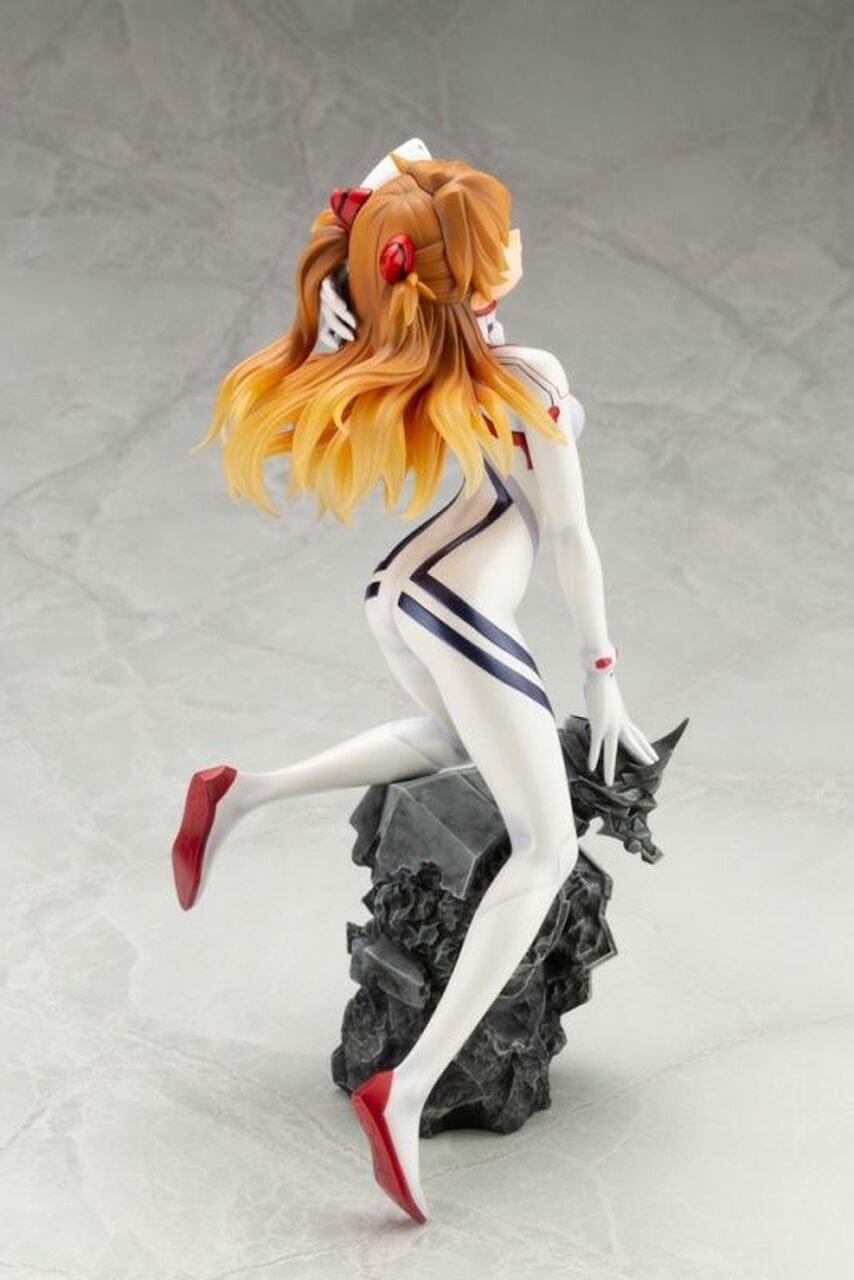 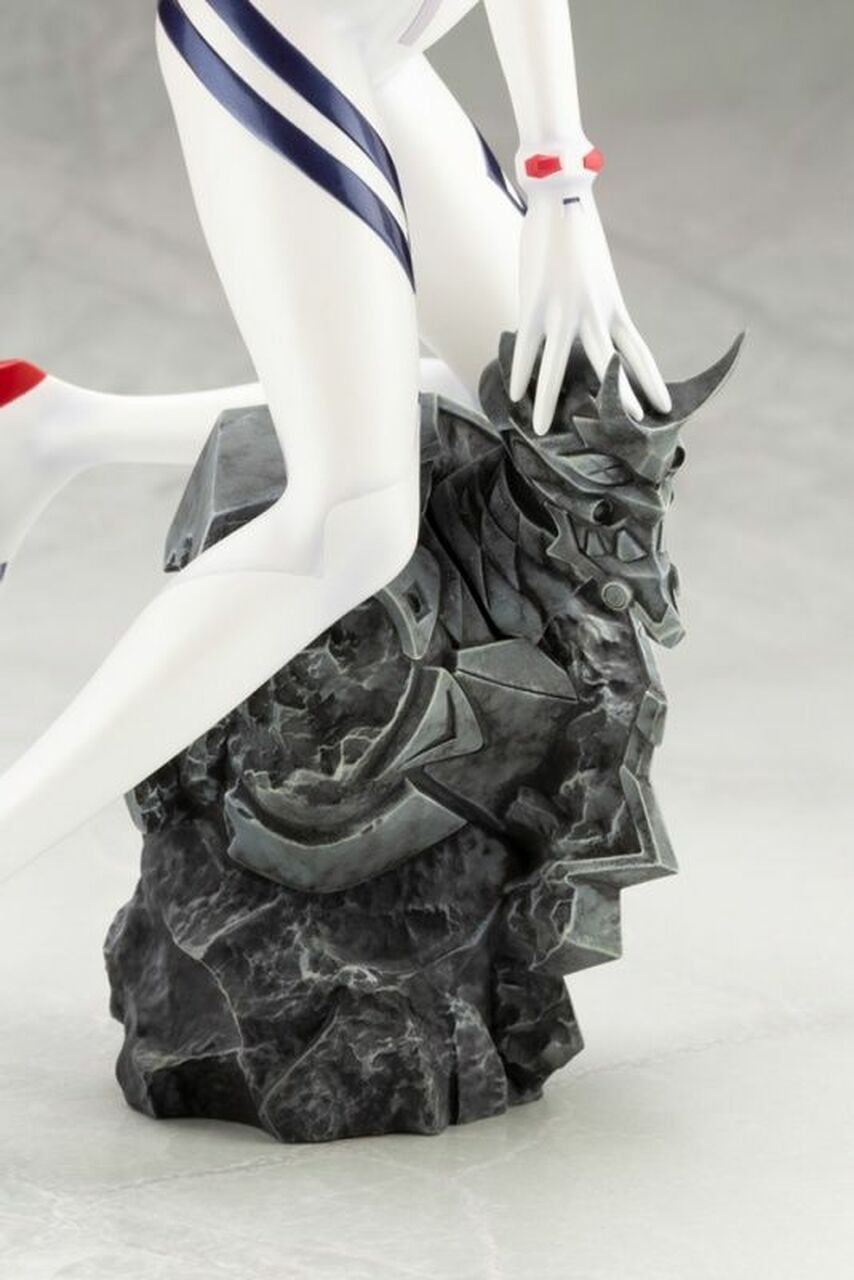 In the play of "Shin Evangelion Theatrical Version", a new plug suit to be worn for the final battle, "Shikinami Asuka Langley" in "Deep Dive Pressure Resistant Prototype Plug Suit" on 1/6 scale Three-dimensional.

While leaving the trademark red pinpoint, the plug suit that is entirely white gives an impression different from the conventional "Asuka".

The pedestal part follows the previous "Plug Suit ver." Series, and uses a stone statue that imitates the head of "New Unit 2 α" on which "Asuka" is boarding in "Shin Evangelion Theatrical Version".We are particular about the pedestal part.

Please welcome it as one of your figure collections.