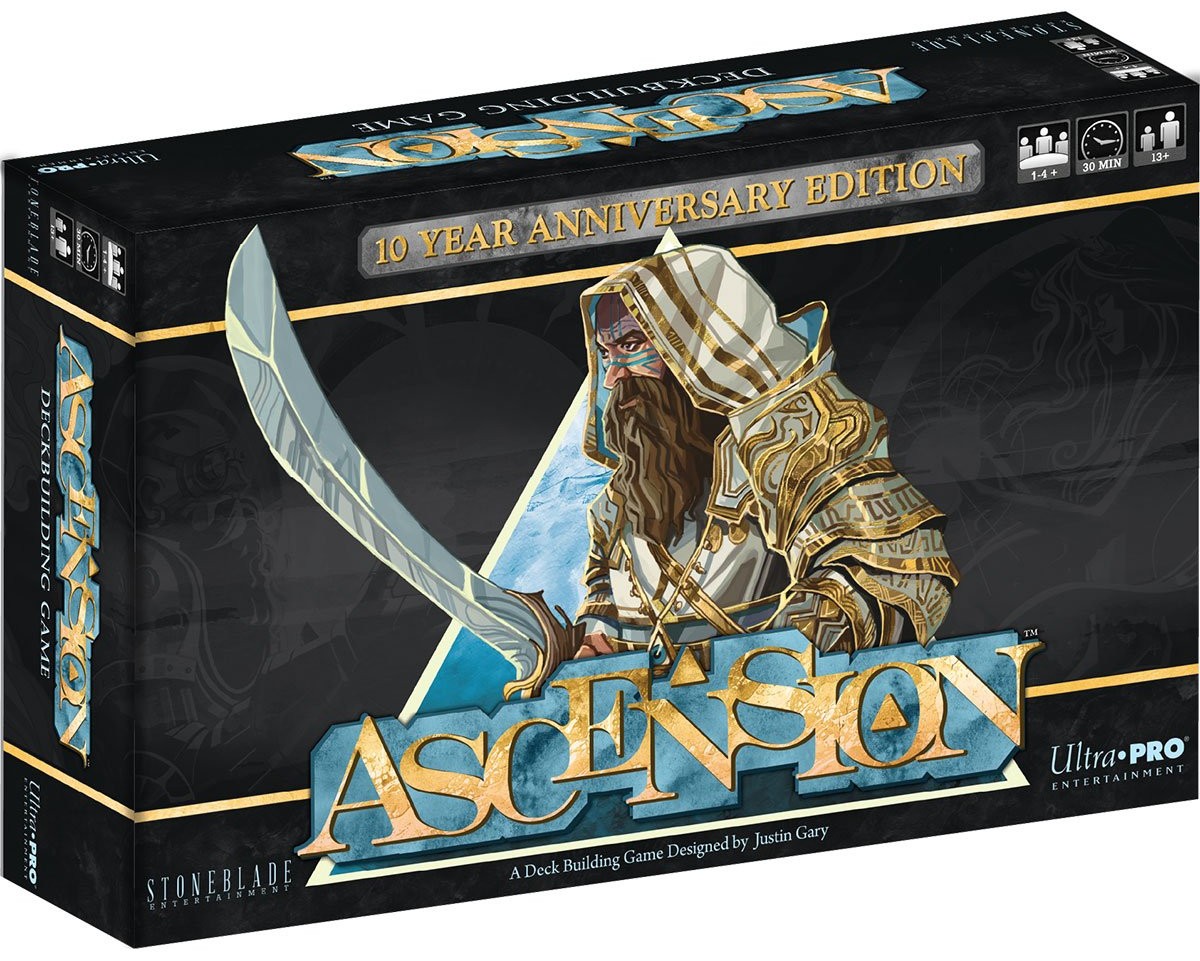 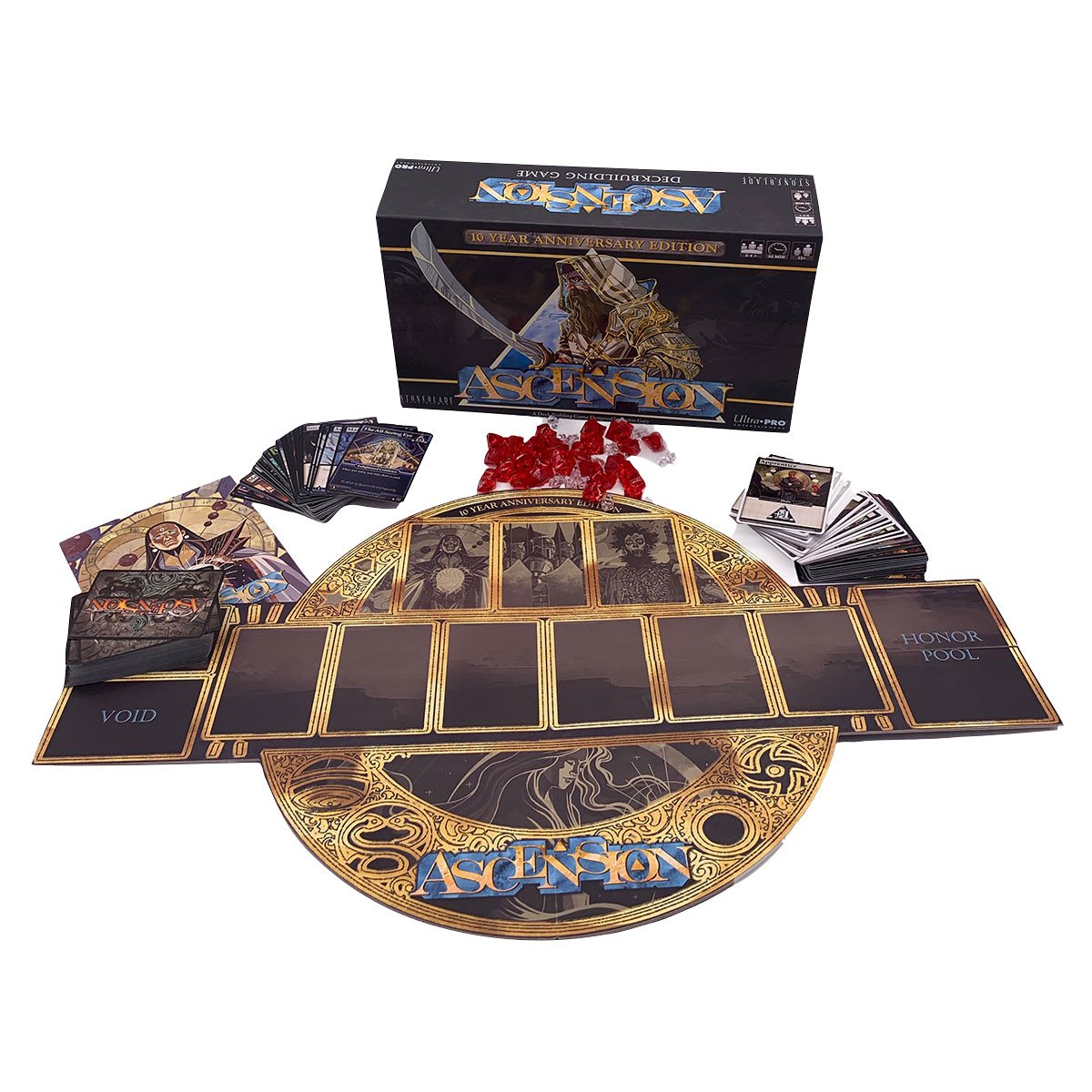 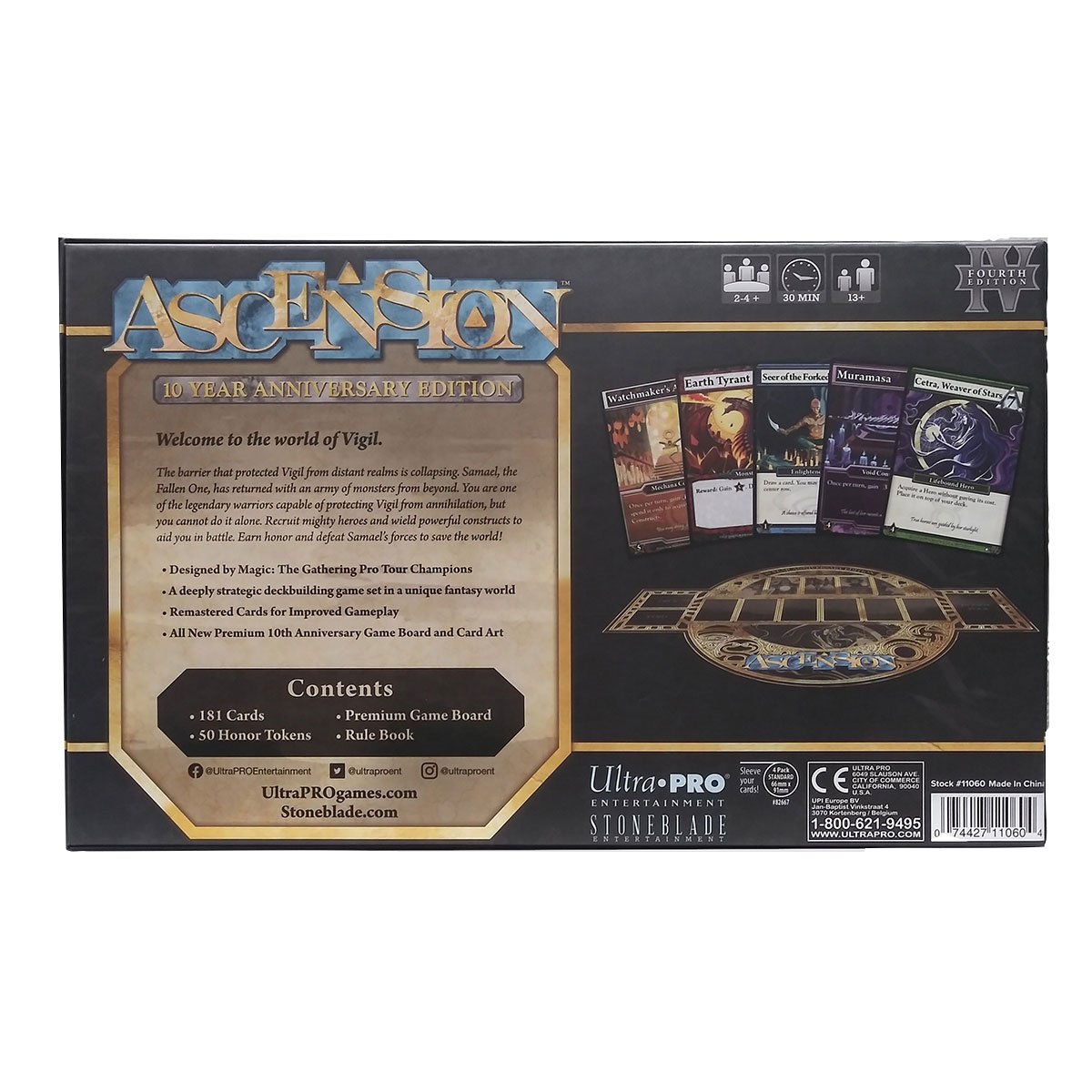 Welcome to the world of Vigil.

The barrier that protected Vigil from distant realms is collapsing. Samael, the Fallen One, has returned with an army of monsters from beyond. You are one of the legendary warriors capable of protecting Vigil from annihilation, but you cannot do it alone. Recruit mighty heroes and wield powerful constructs to aid you in battle. Each honor and defeat Samael's forces to save the world!

Celebrating the 10 year success of Ascension in the hobby/ enthusiast market, this special anniversary edition beautifully brings together all of the strategy and tactics of the award-winning deckbuilding game!