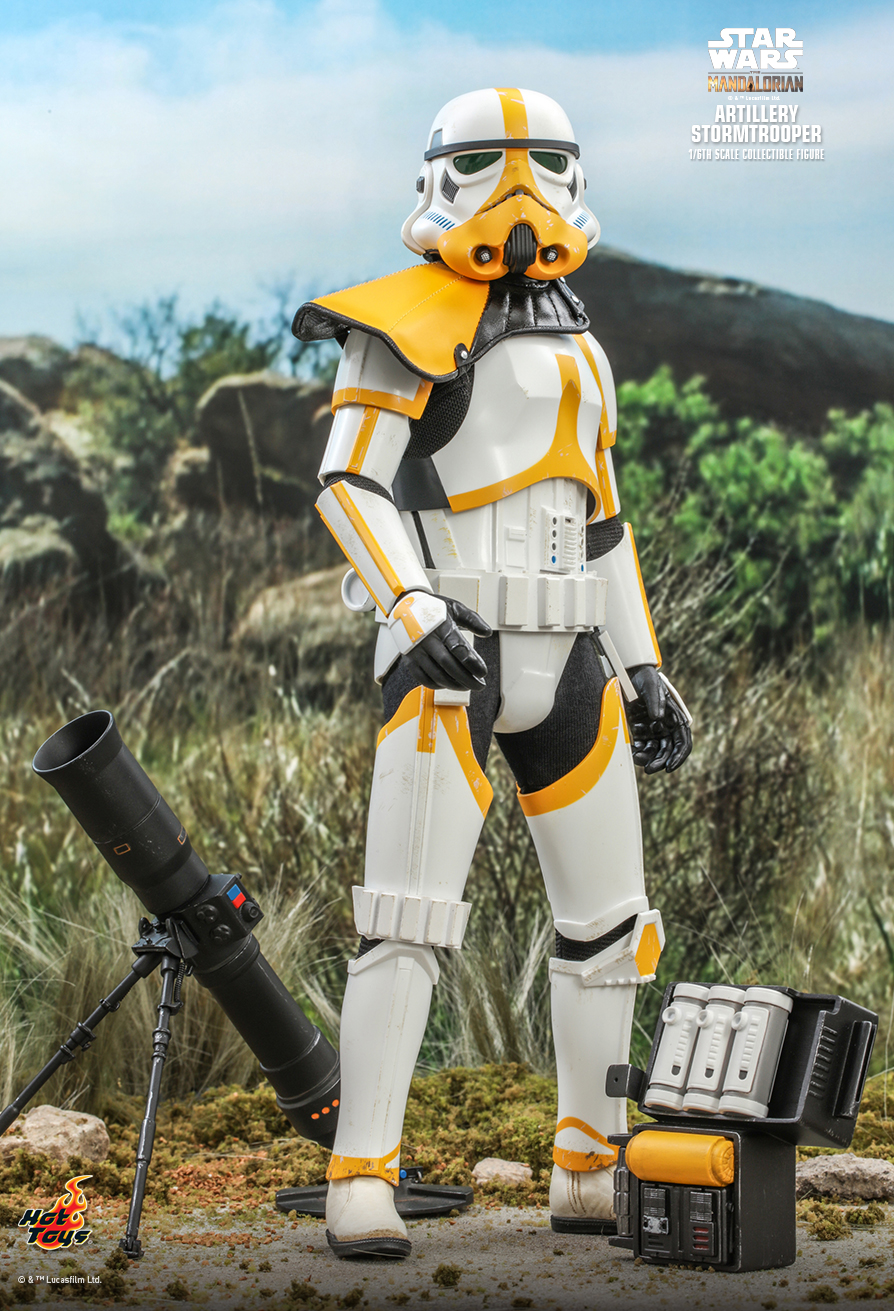 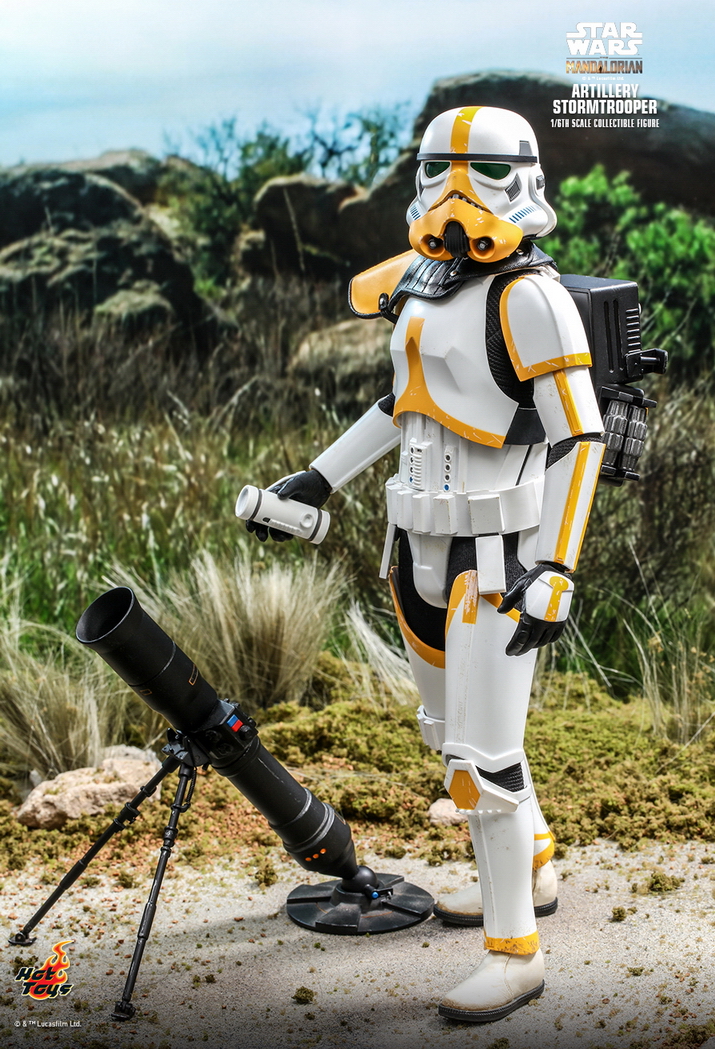 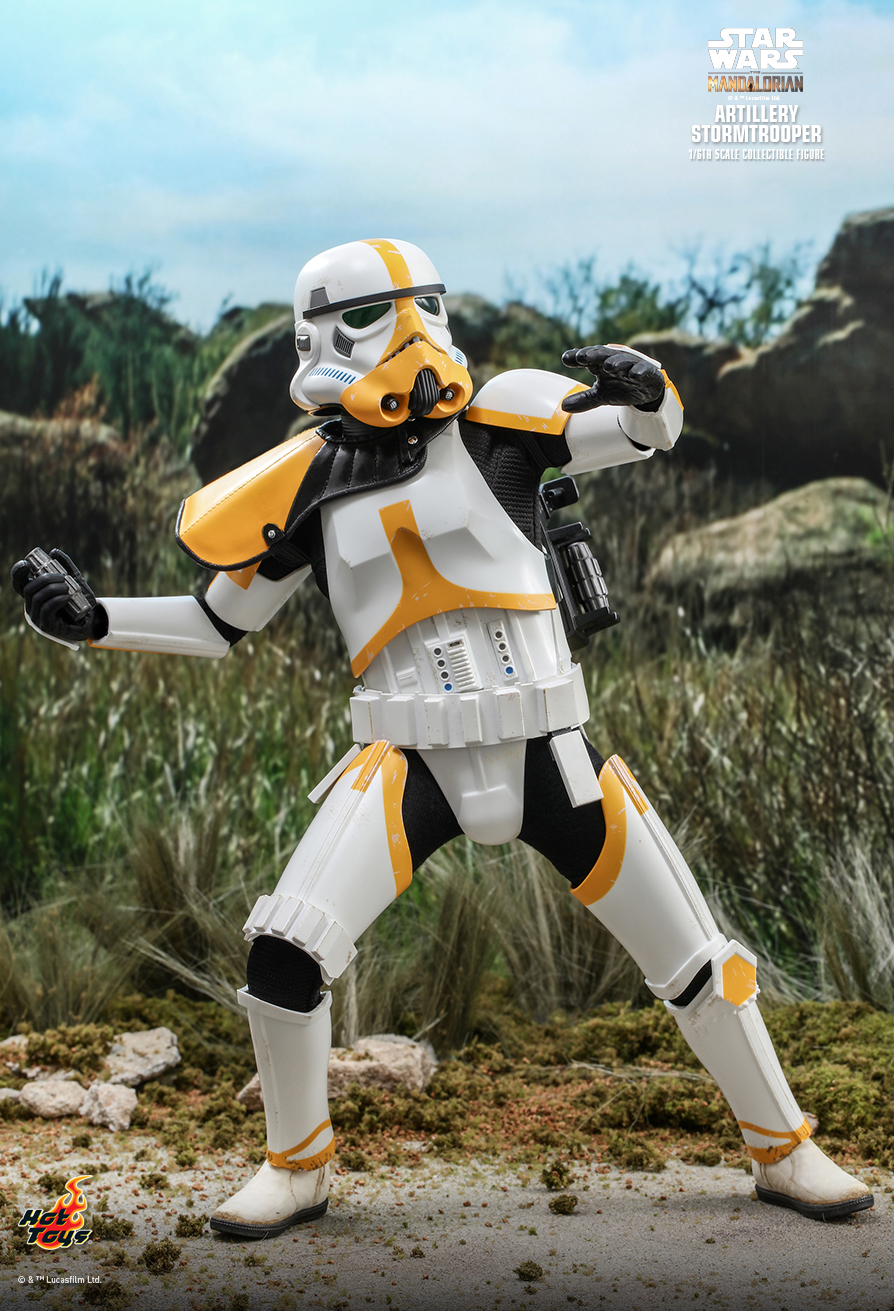 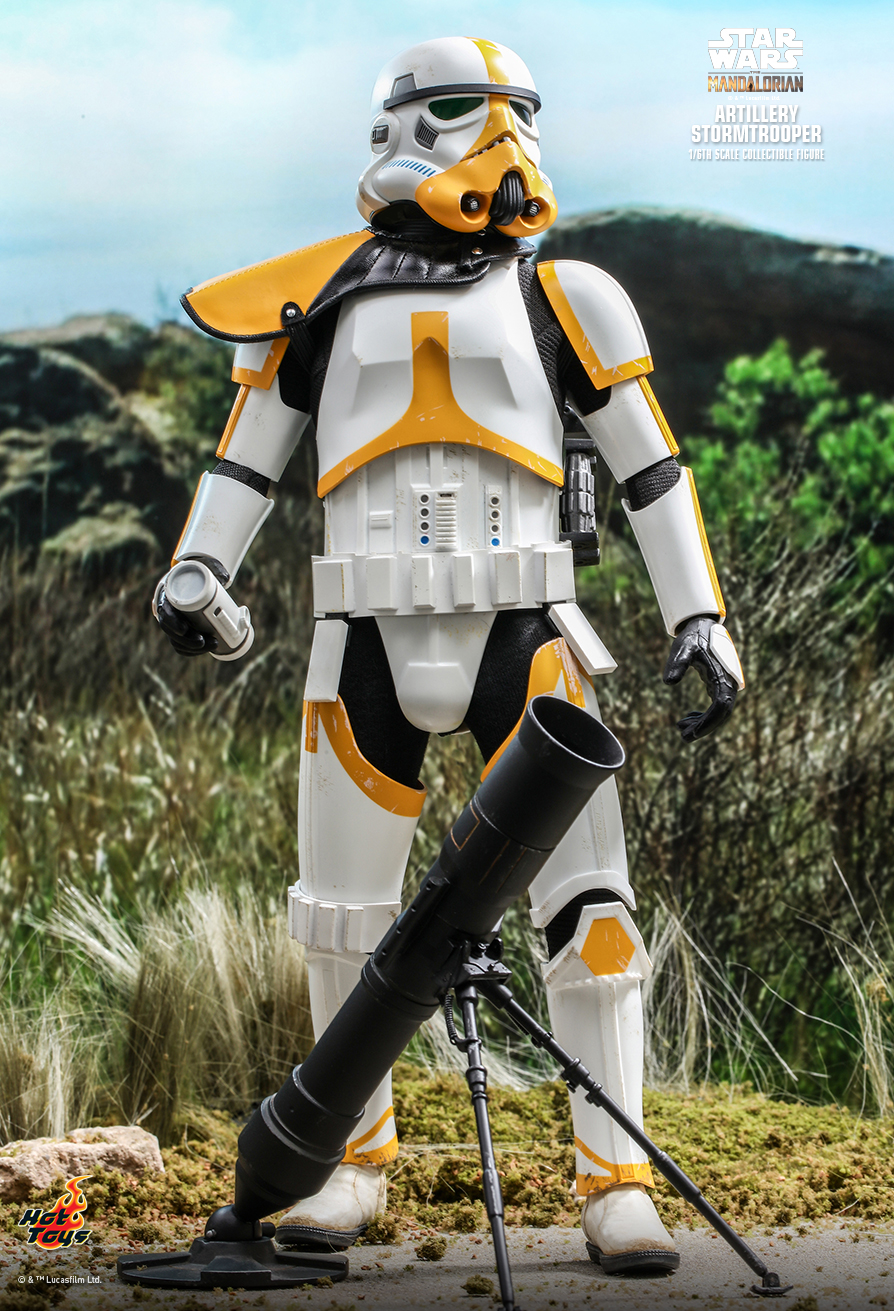 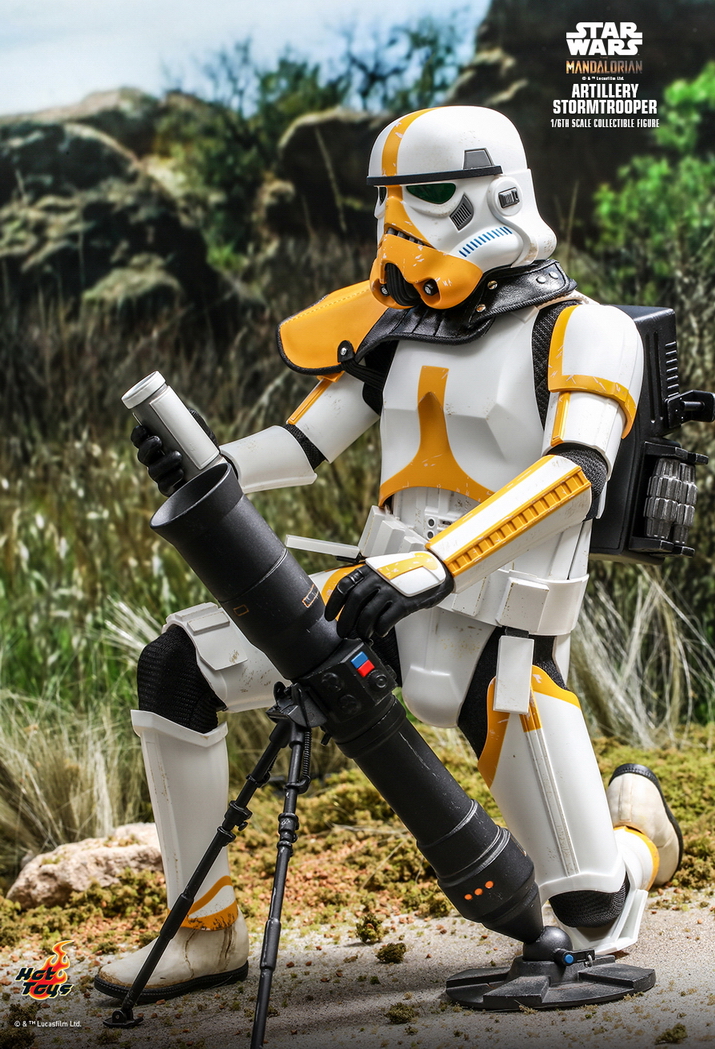 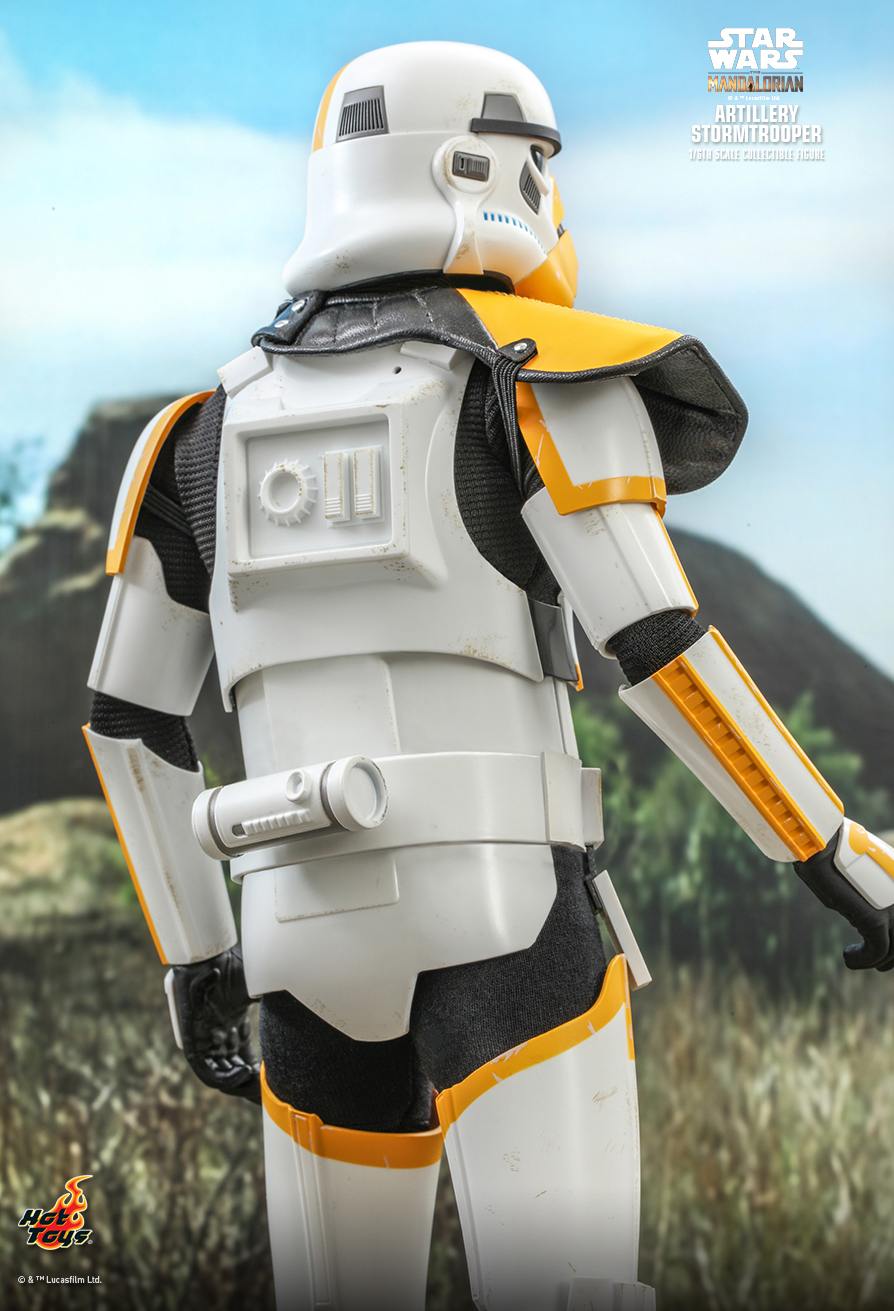 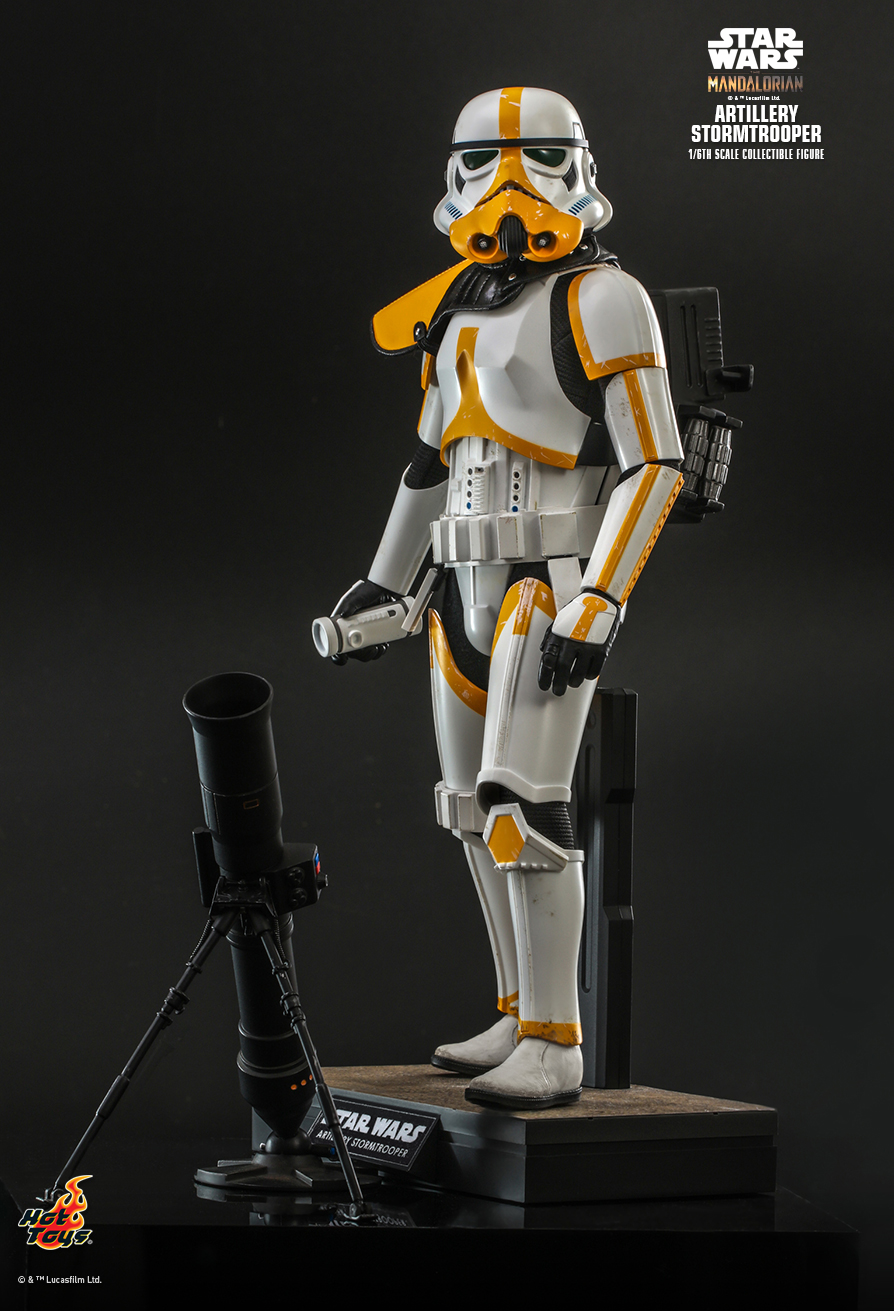 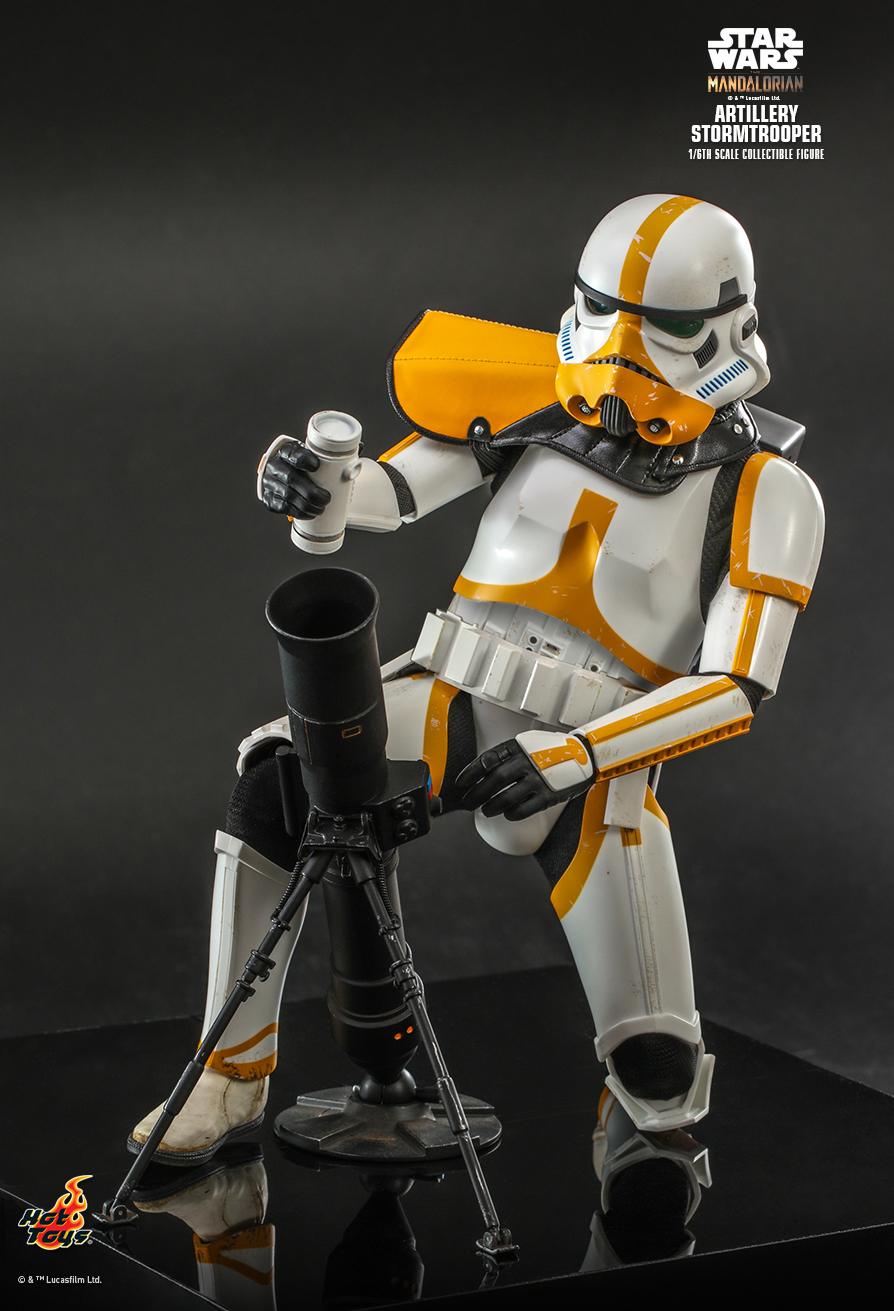 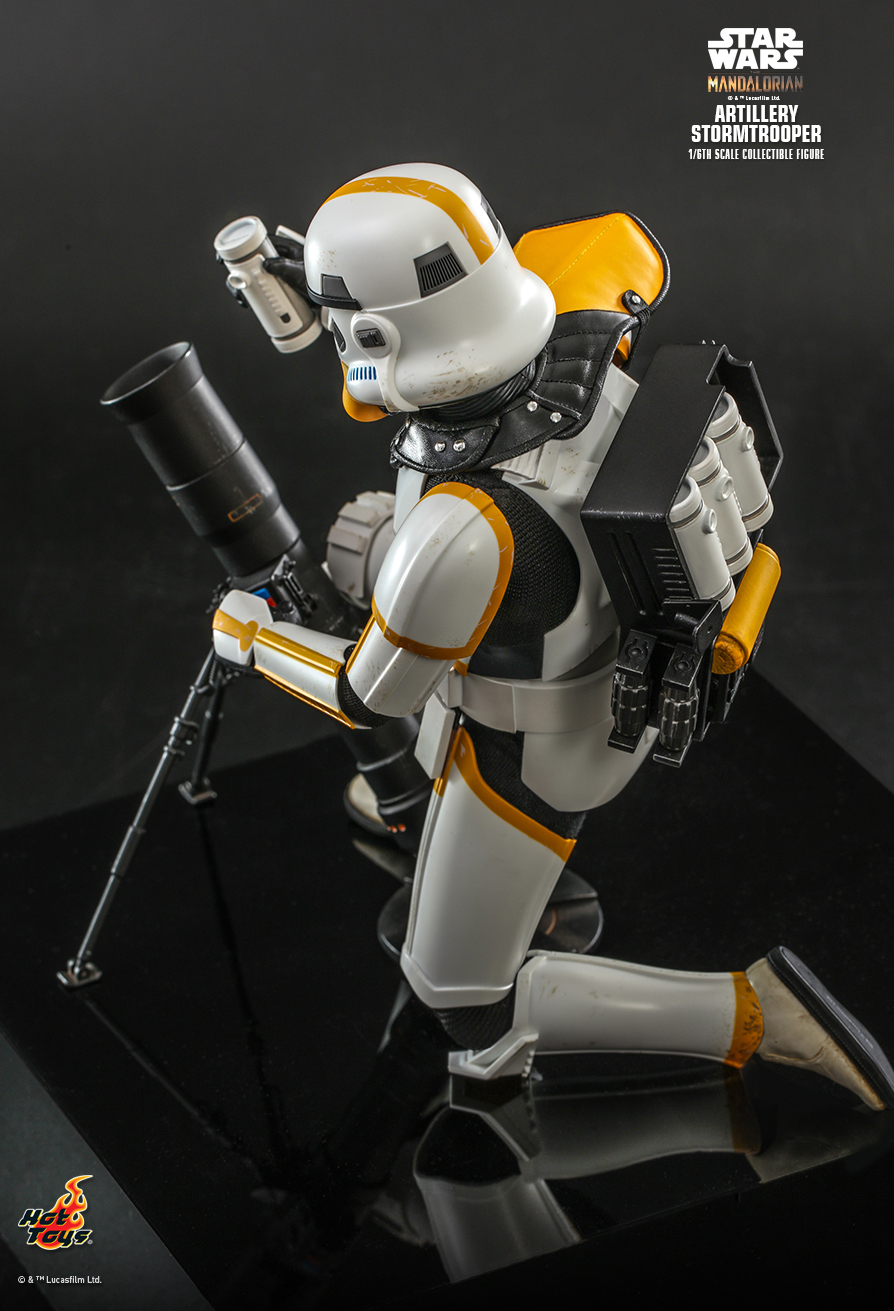 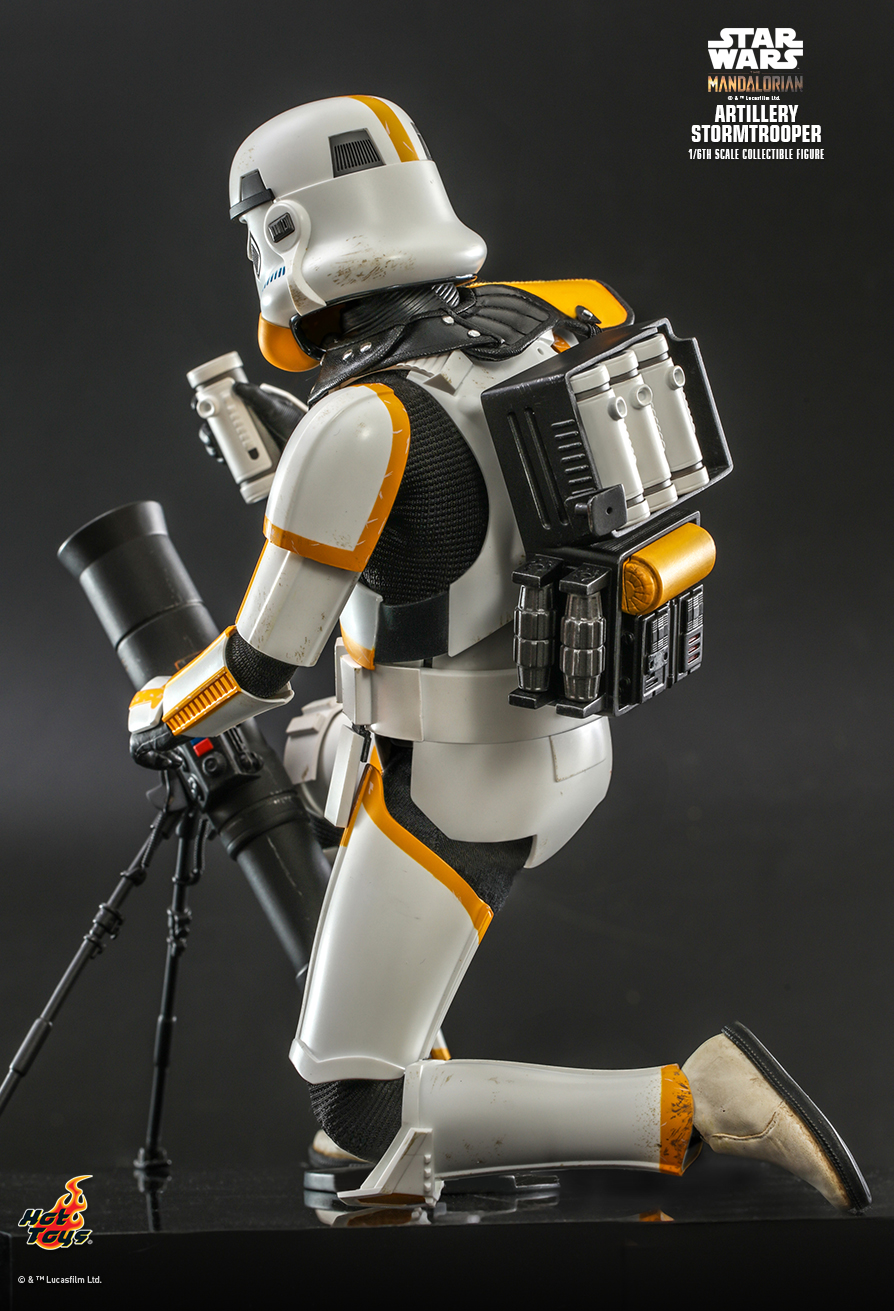 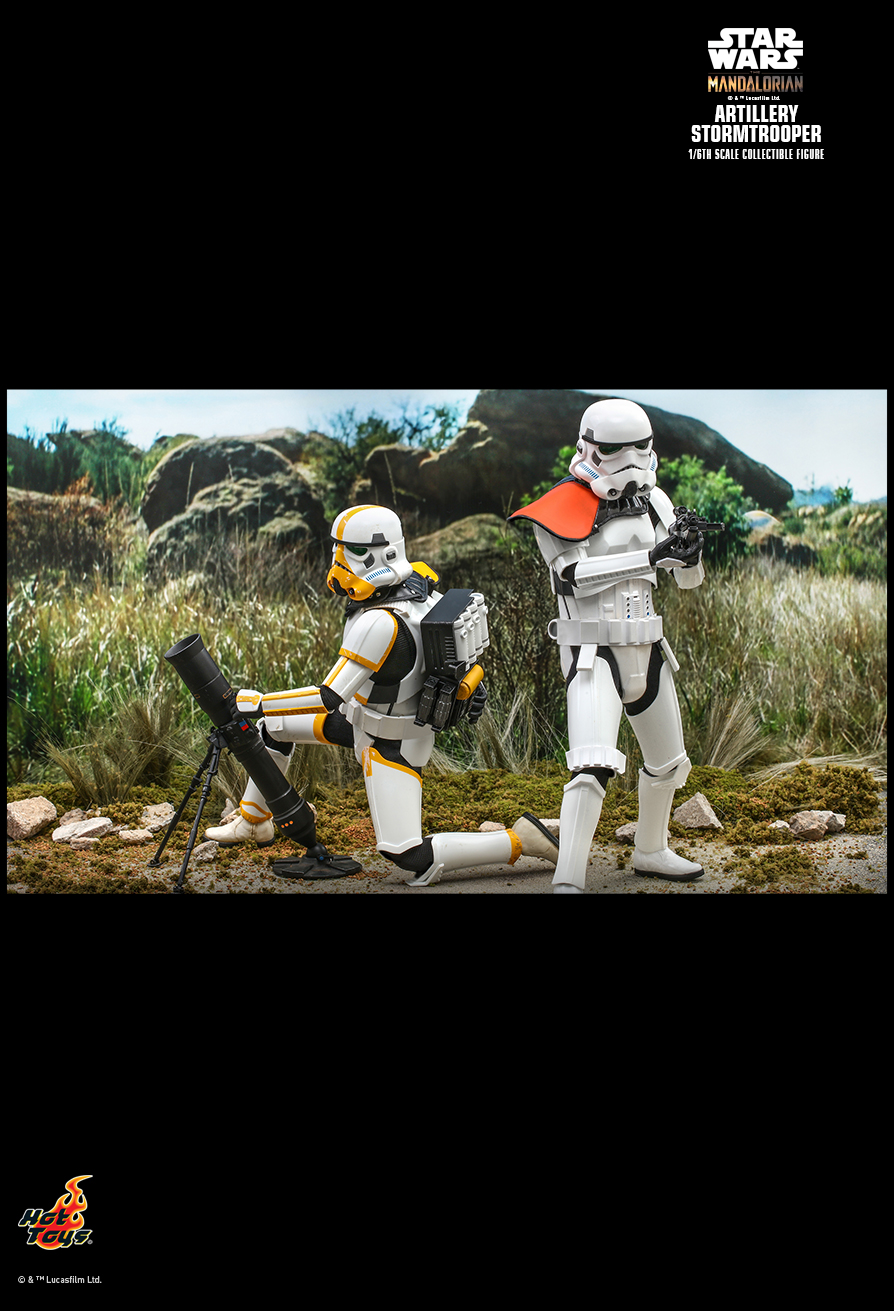 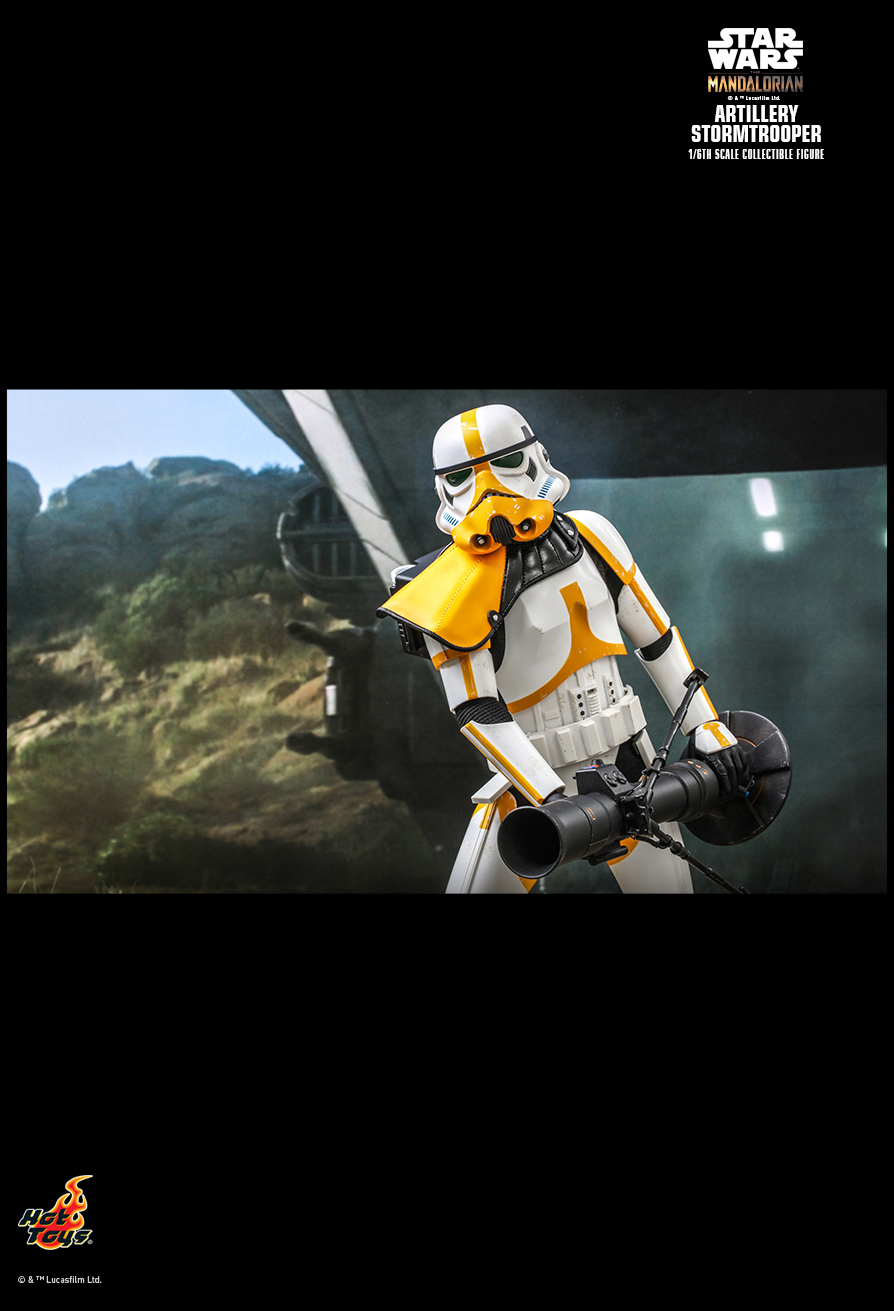 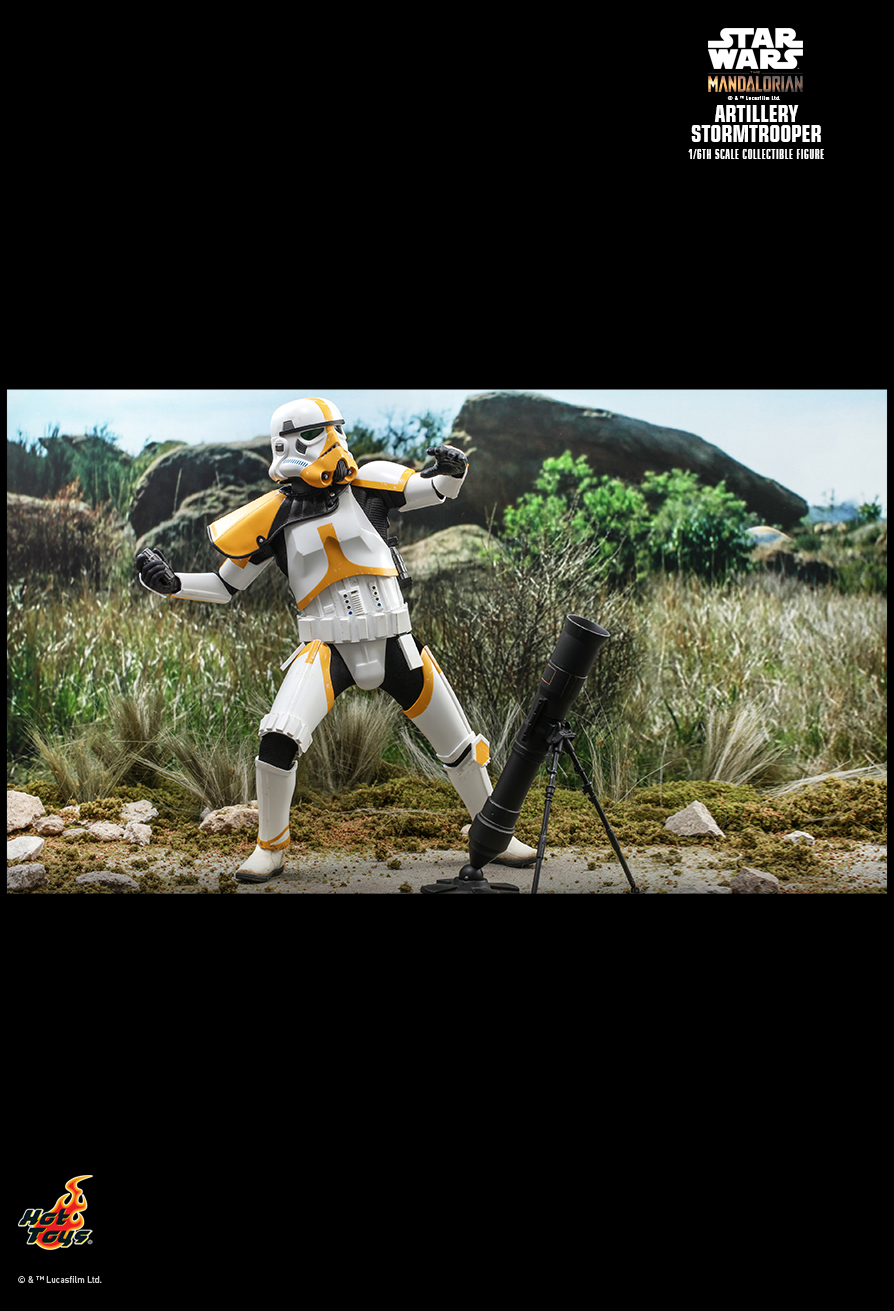 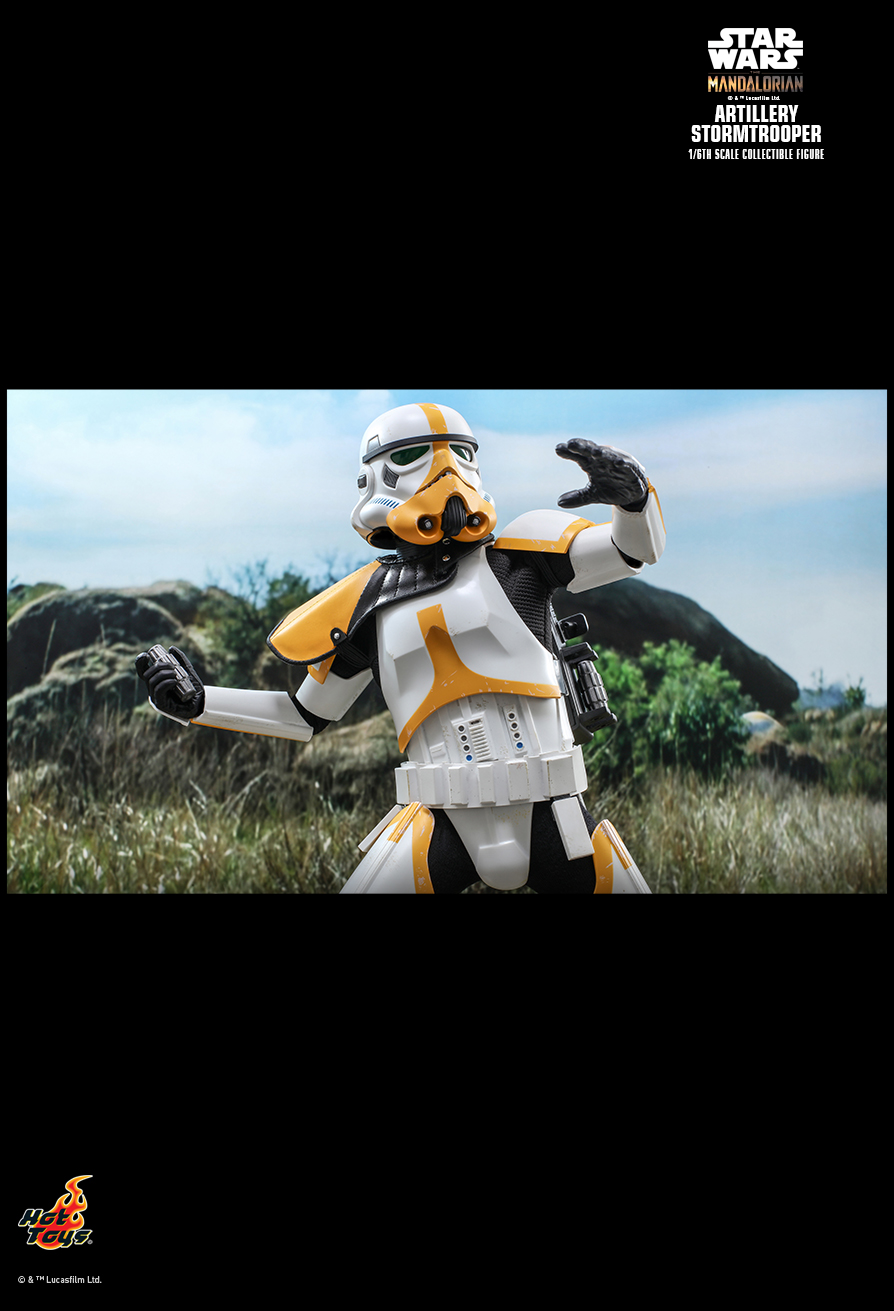 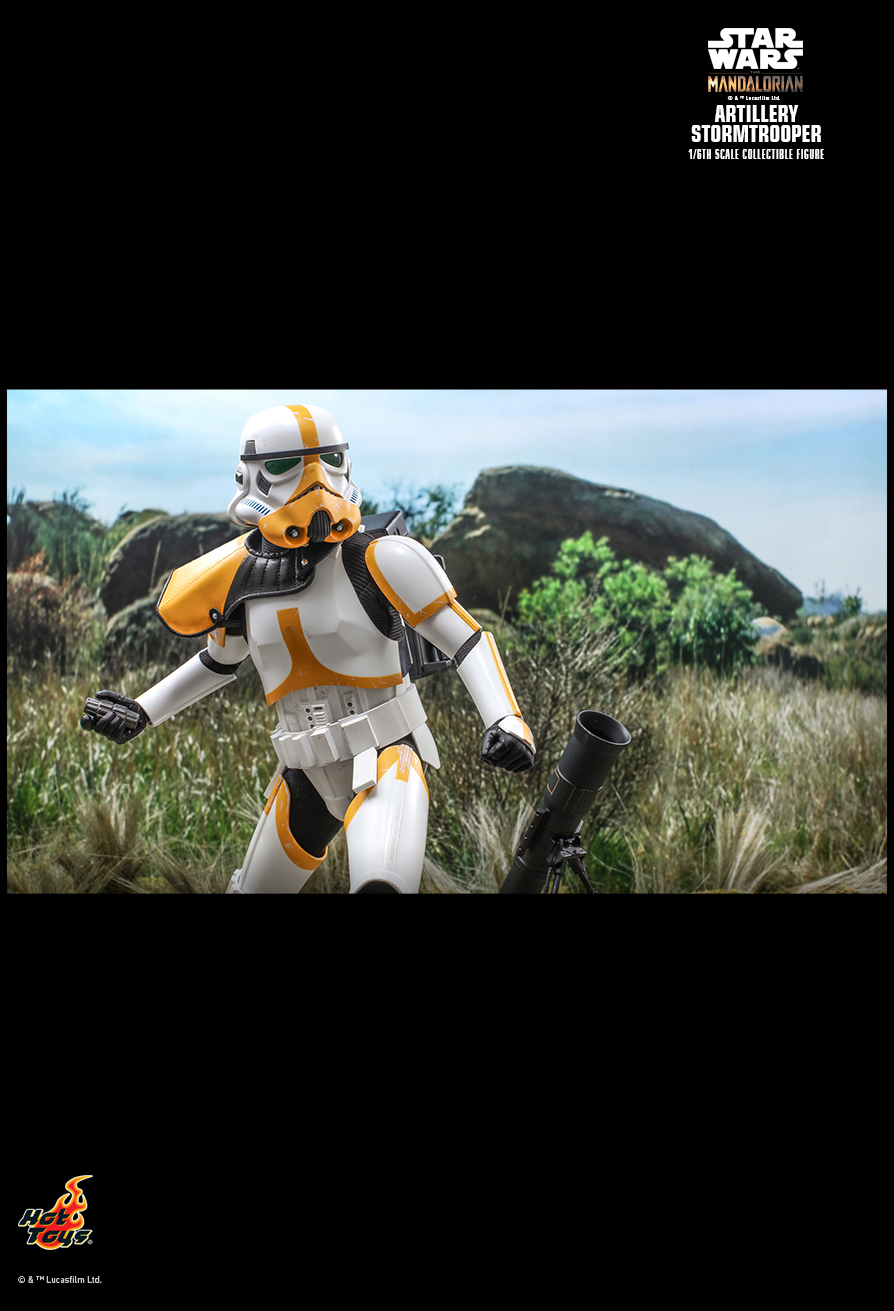 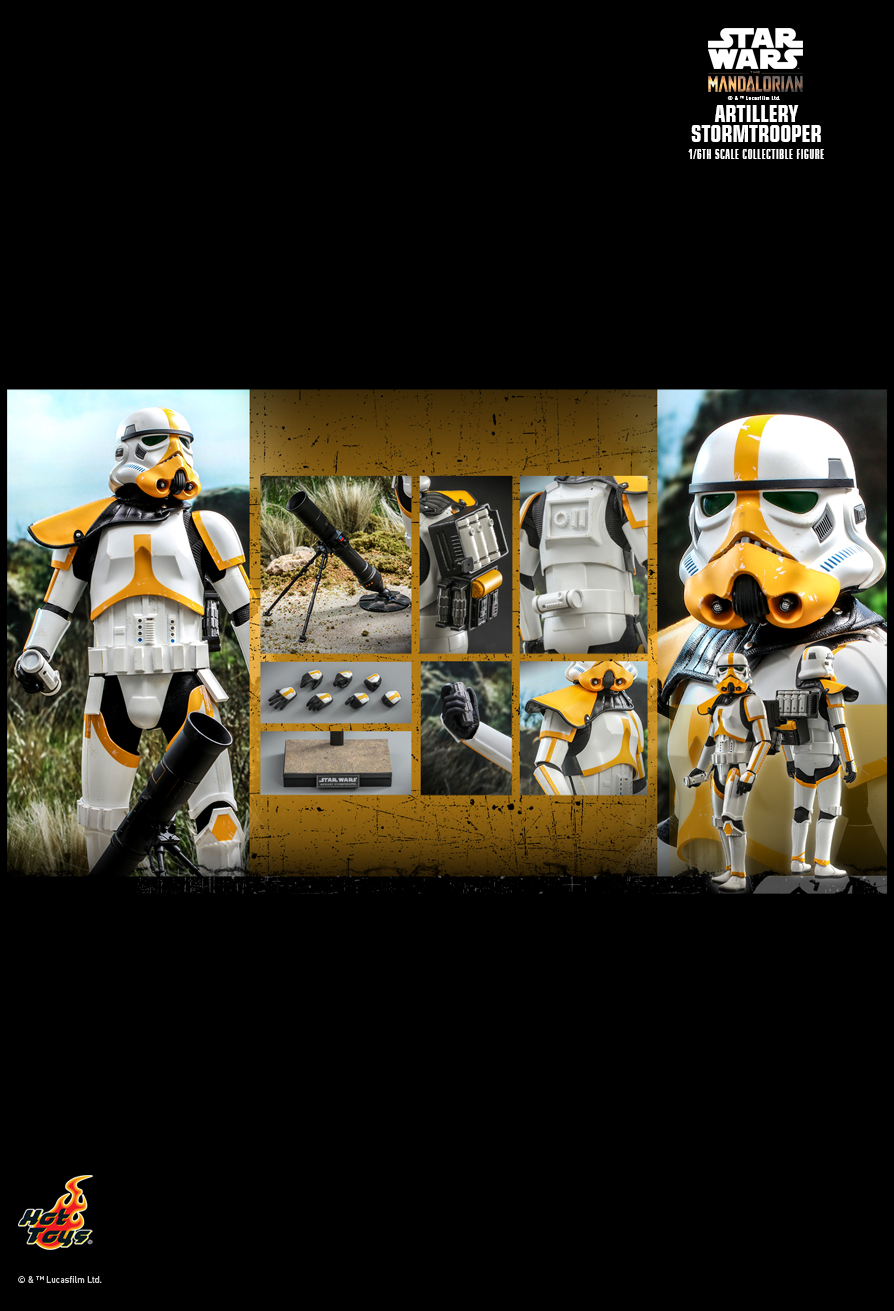 Specialized soldiers in the Imperial forces, Artillery Stormtroopers carry specialized indirect fire weapons like mortars onto the battlefield. They take cover so they can lob explosives at a high angle to fall at precisely calculated coordinates.

The highly accurate collectible figure is skillfully developed based on the trooper’s appearance as seen in The Mandalorian. It features a detailed helmet and armor with distinctive yellow color design and weathering effects, a yellow pauldron, a black under-suit, the trooper’s specialized military backpack, an articulated mortar, and display base!

This unique Artillery Stormtrooper will surely be a wonderful addition to any Imperial army collection!