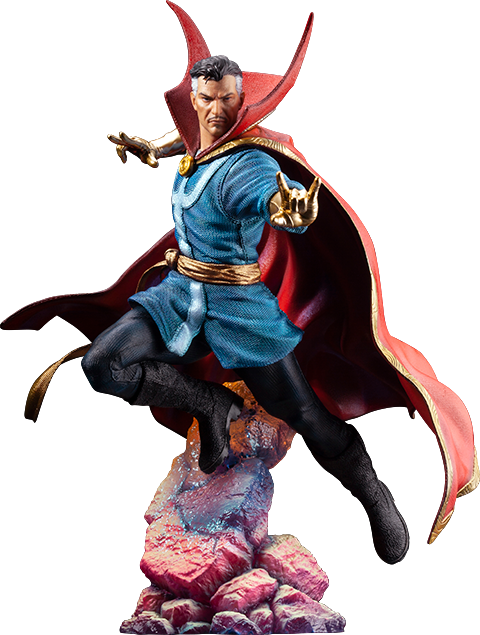 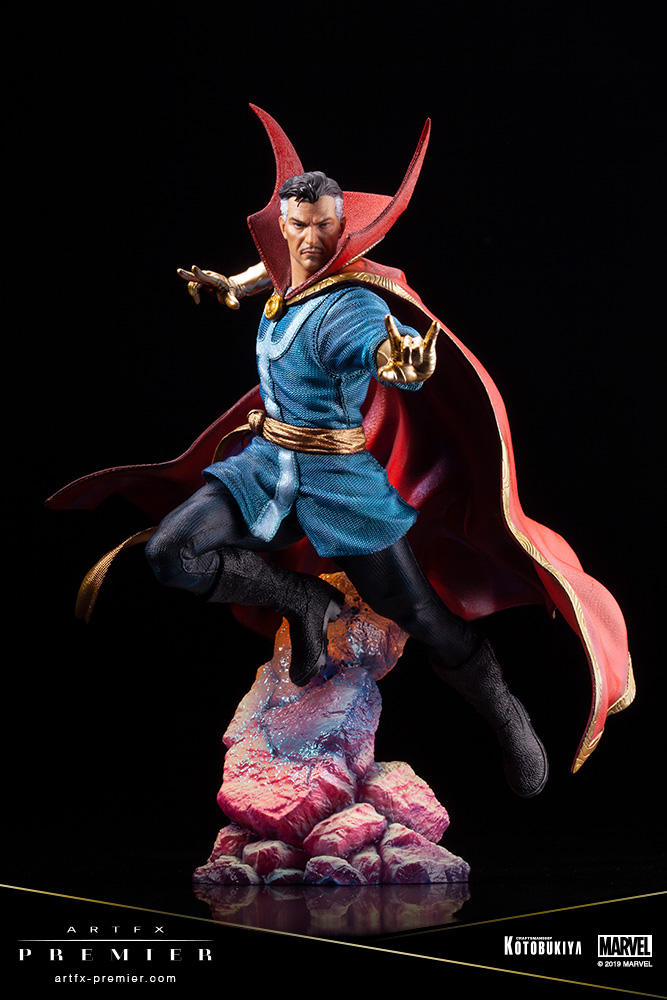 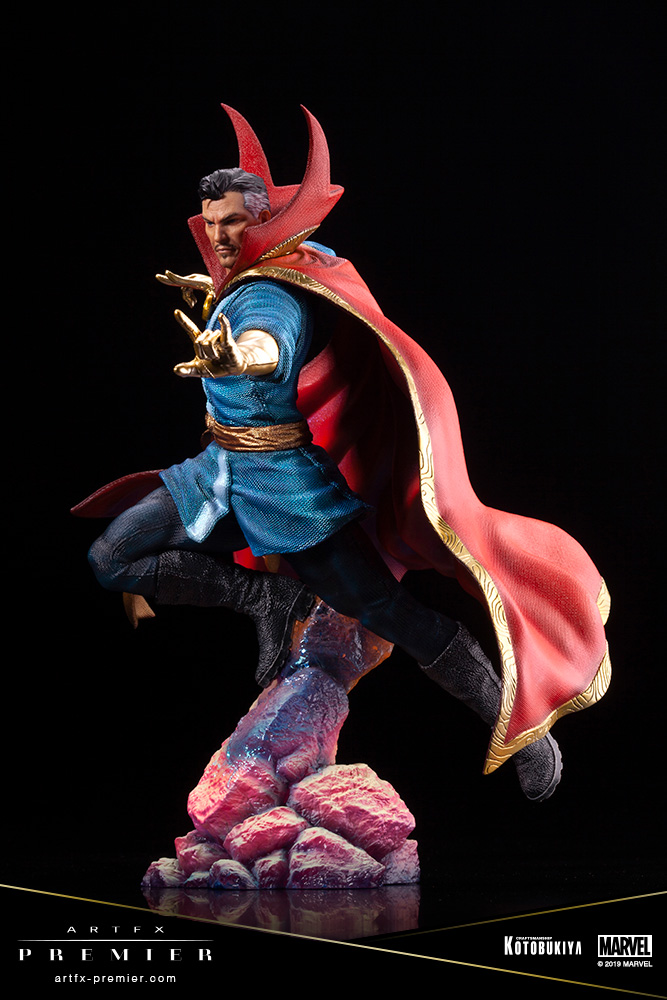 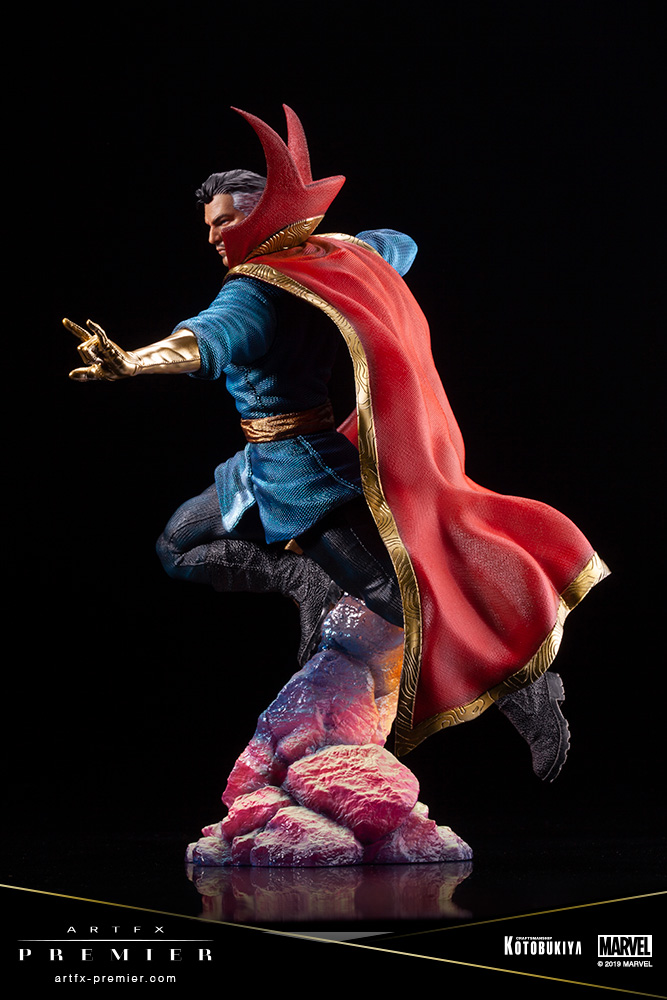 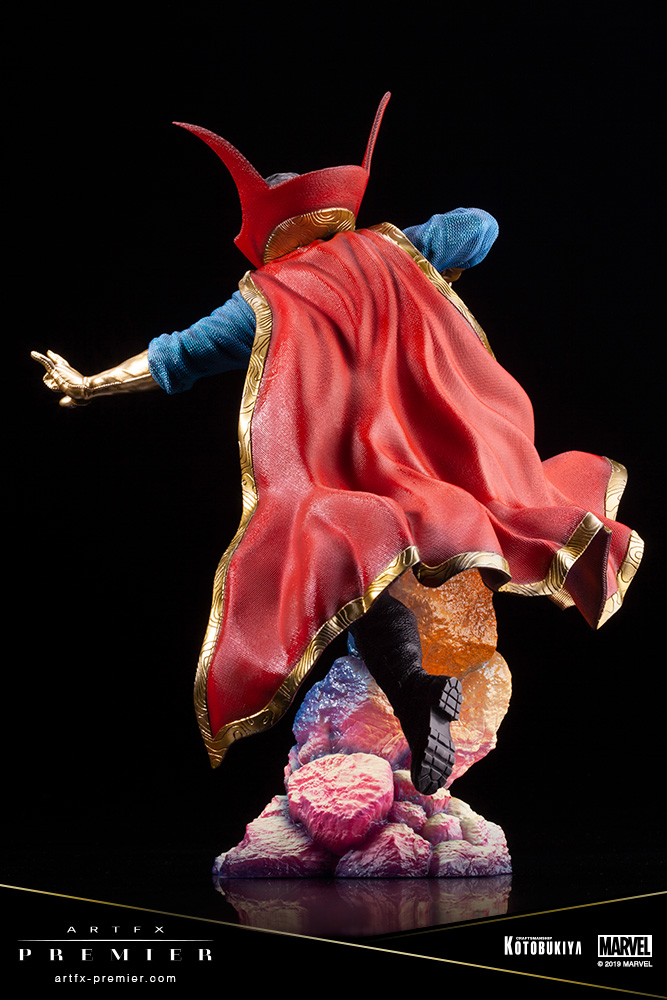 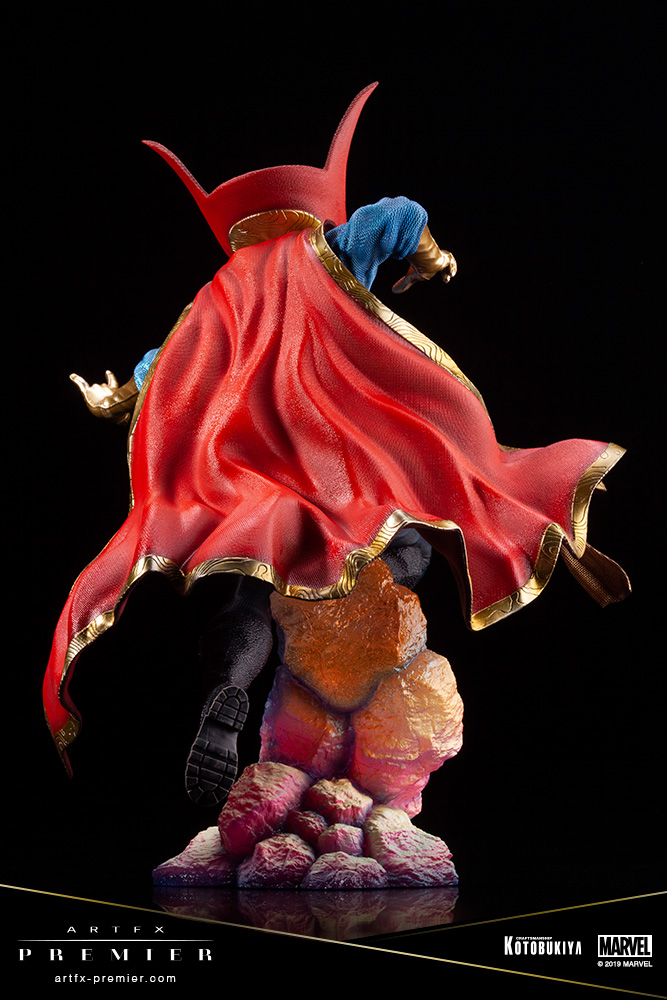 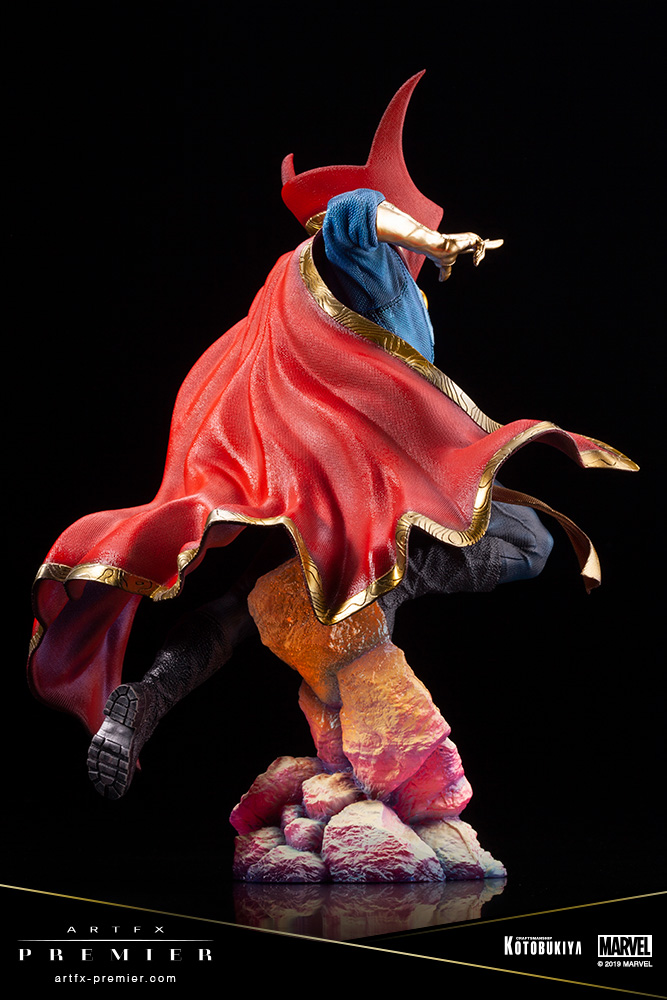 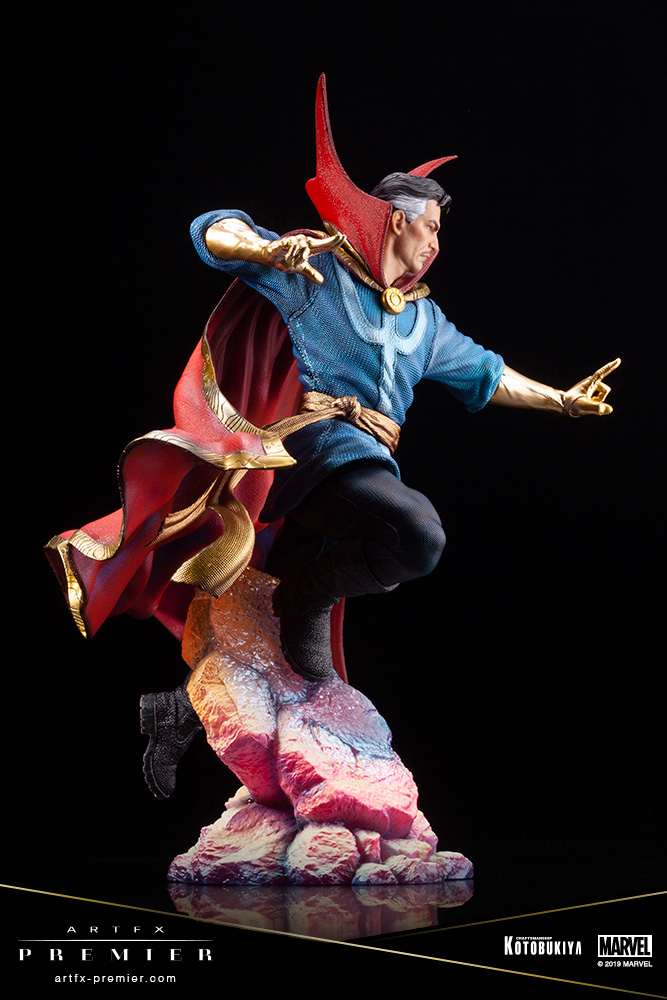 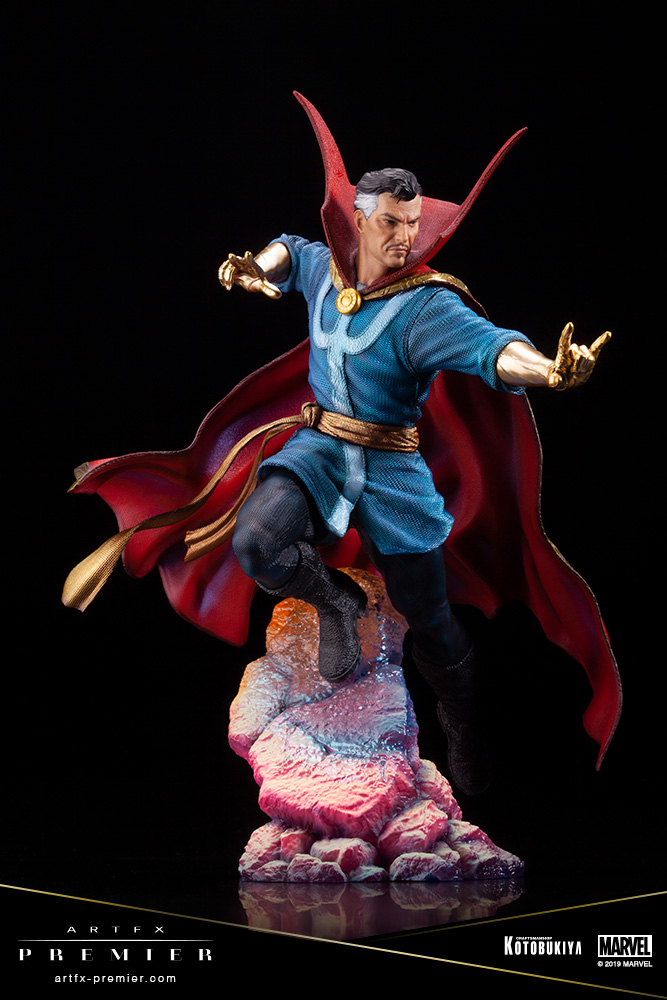 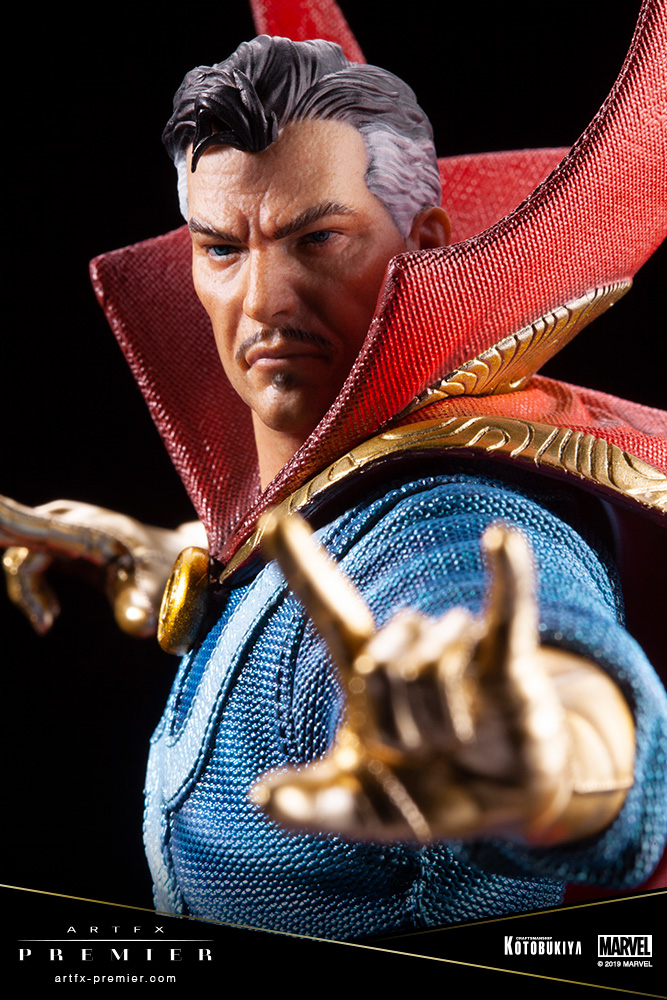 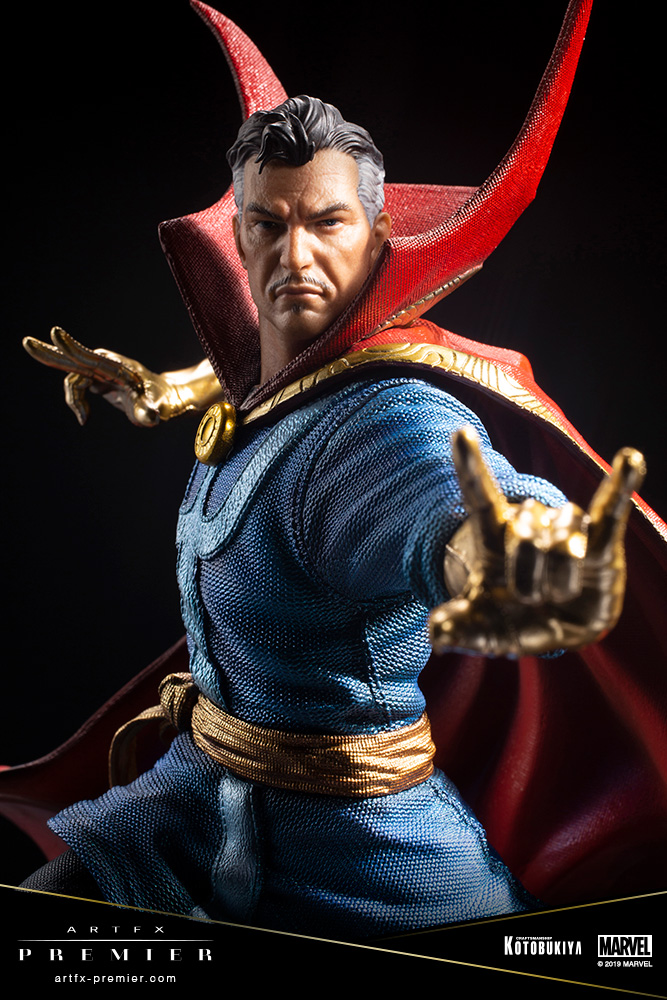 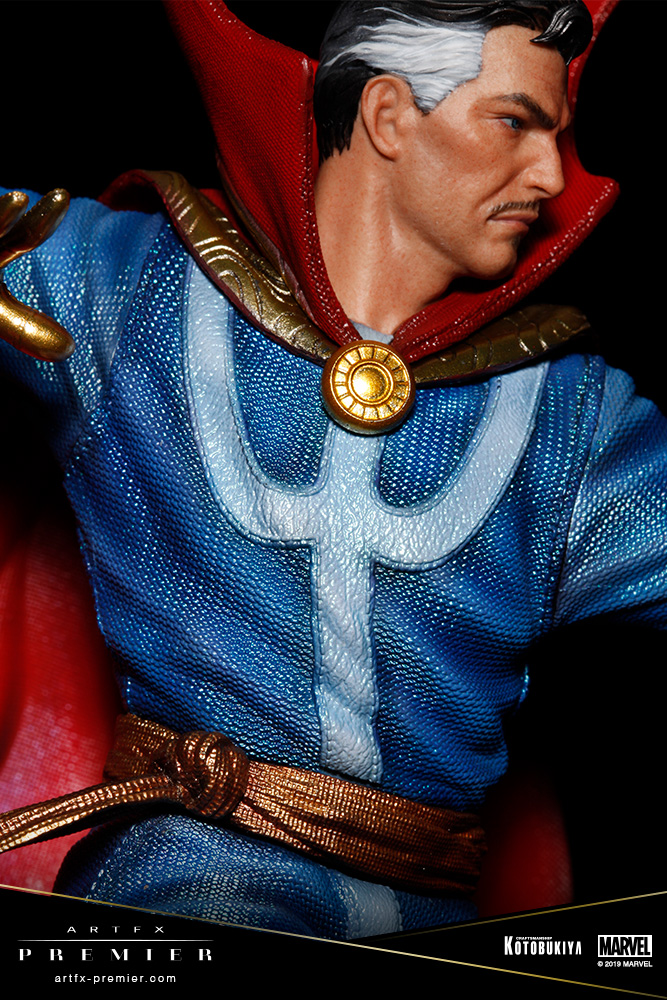 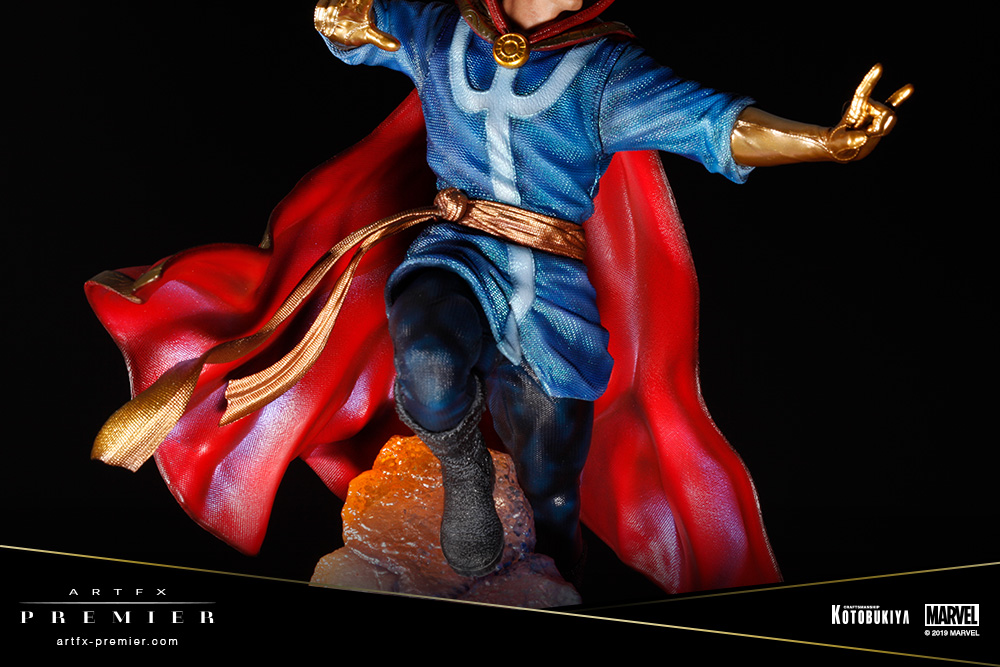 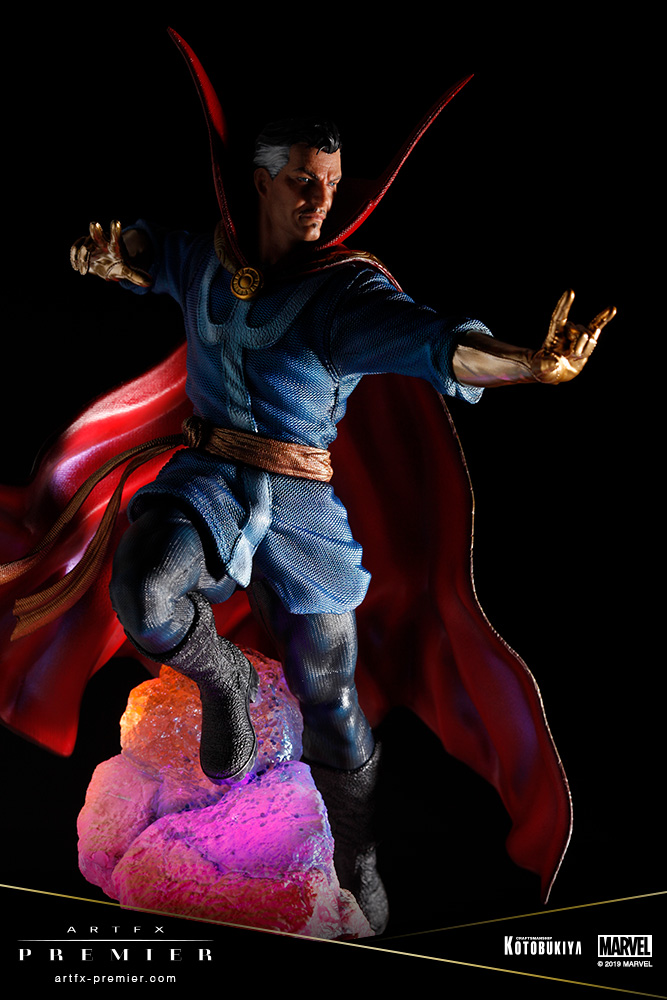 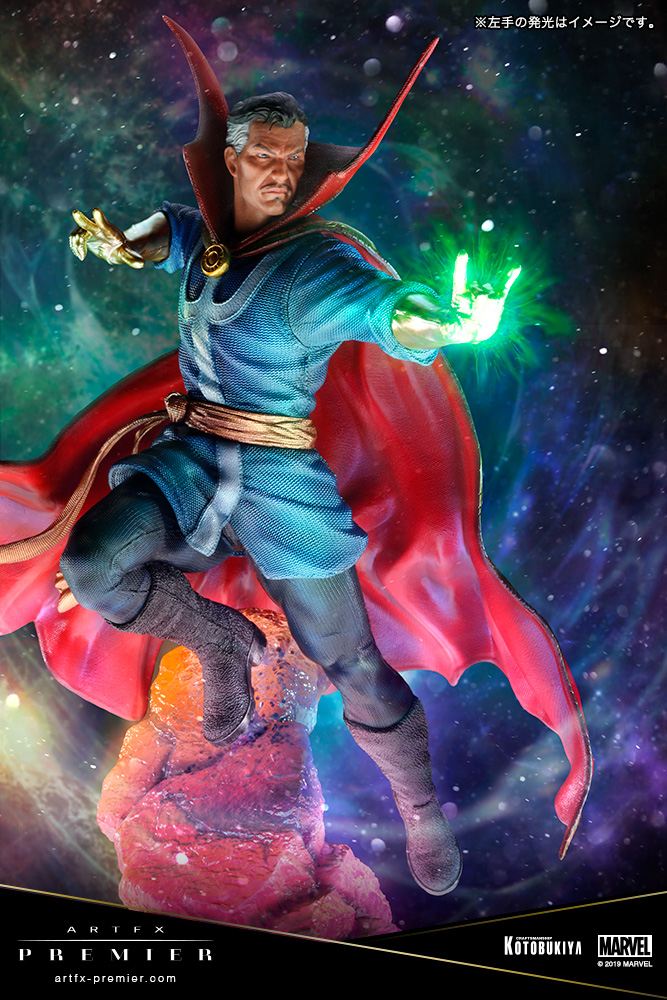 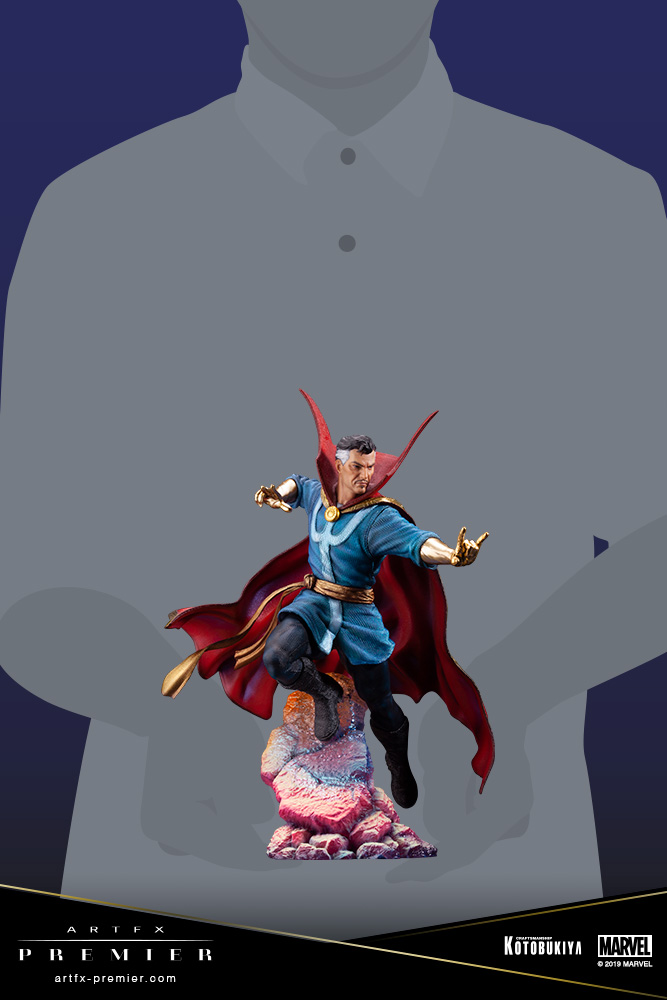 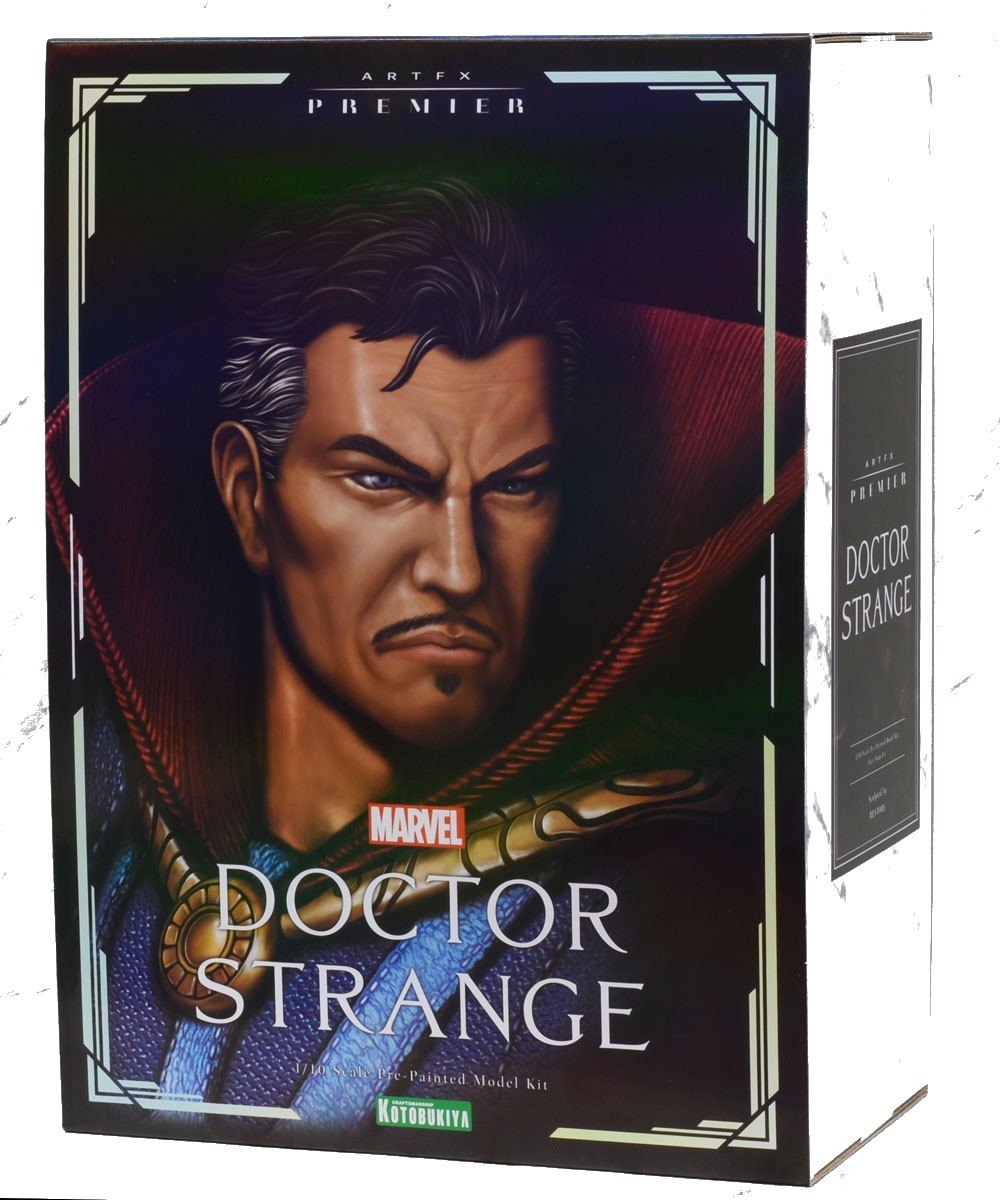 The sixth entry in the elite ARTFX Premier series is Doctor Strange!

This 1/10 scale statue was crafted down to the finest detail using digital sculpting, giving this expertly crafted collector's piece an exquisite appearance alongside lifelike detail.
The craftsmanship in this piece continues from the sculpting to the painting. Unlike other pieces which follow the pattern of a simple base coat with shading. ARTFX Premier re-evaluates the standards for figure painting. Each individual piece of the statue is layered with several types of paint, giving the finished product an unprecedented sense of beauty and depth.

Doctor Strange who is known as the Sorcerer Supreme, the practitioner of the mystic or magic arts who has greater skills than all others, has been sculpted to depict the mystical being that holds strong magical powers and showcases his all-knowing powers that can be seen throughout the series.

Smaller than the size of a quarter, each statue's face is packed with expressive and lifelike detail. The textures in the outfit are depicted with sublime beauty from the paint job that can be seen in various hues based on the lighting and angle; from a sky blue in normal lighting to a slight green color. The cloak of reputation can also be seen as red or purple based on the beautiful wave gradient that was used specifically for this statue.

The newly sculpted base has a micro-USB slot that allows the base to be lit up when connected to a power outlet, giving off a mysterious aura from the coloration. This statue emits an otherworldly aura from the base to the paint job.

The intricate craftsmanship of this piece continues from the sculpting to the painting, with a multilayered paint job that highlights the level of detail that has gone into the piece.

Like the other Avengers before it, the statue comes in sophisticated packaging overflowing with elegant details, including a marble inspired motif as well as an original illustration based on the figure. Additionally, these limited edition statues will come with a certificate that includes a collector number printed in gold, certifying each piece as a one-of-a-kind original.