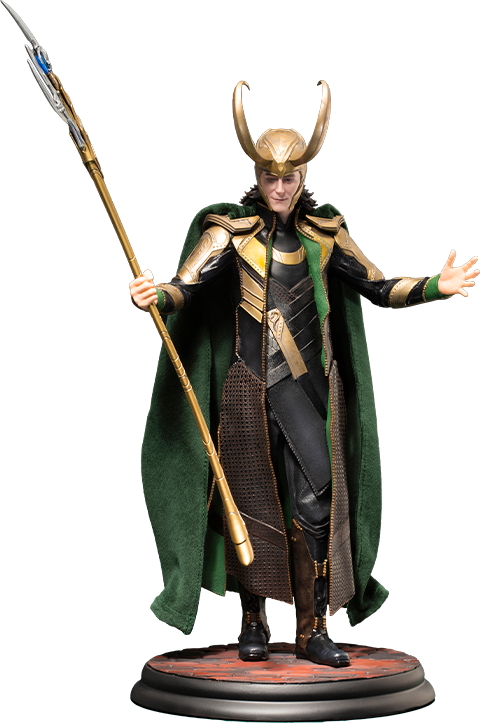 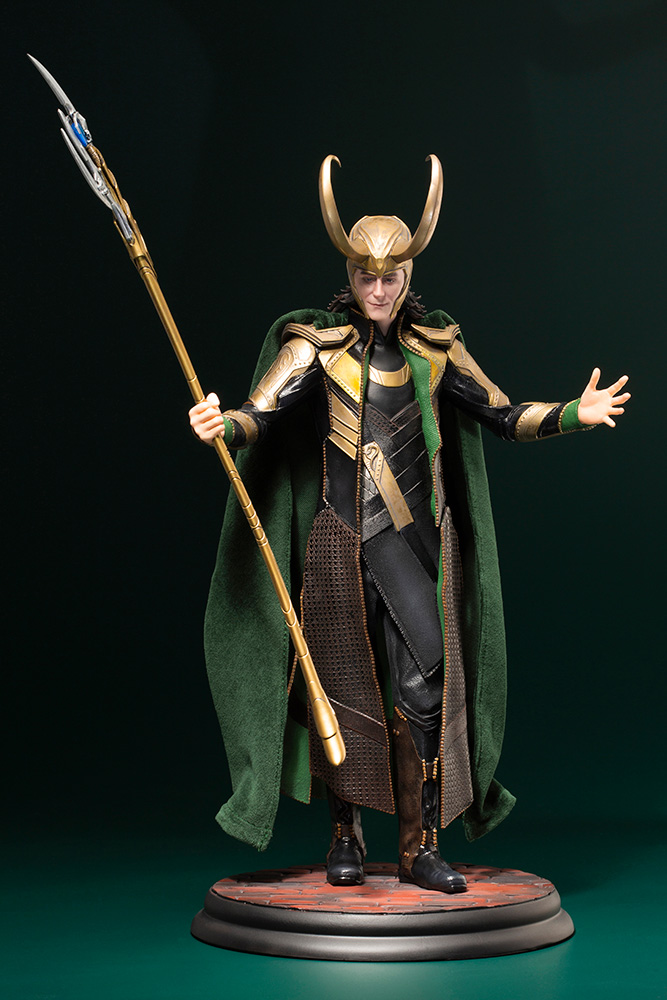 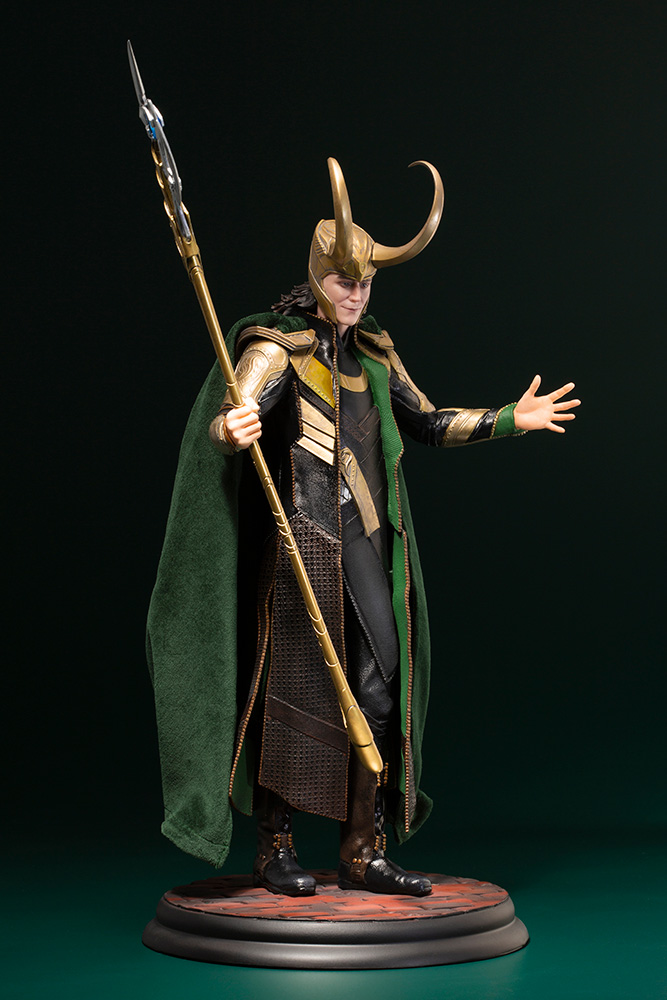 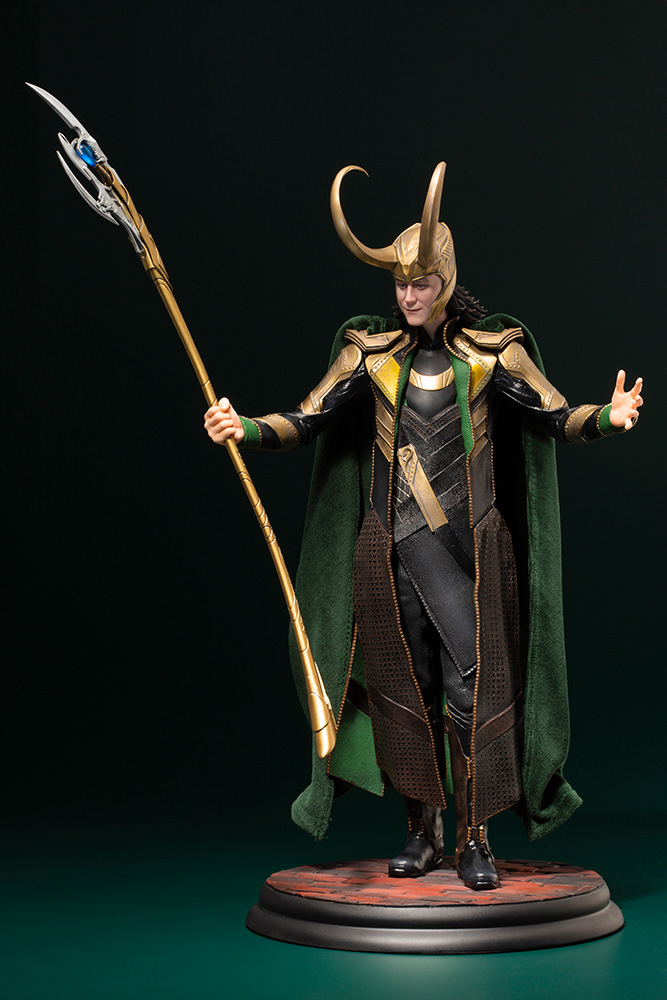 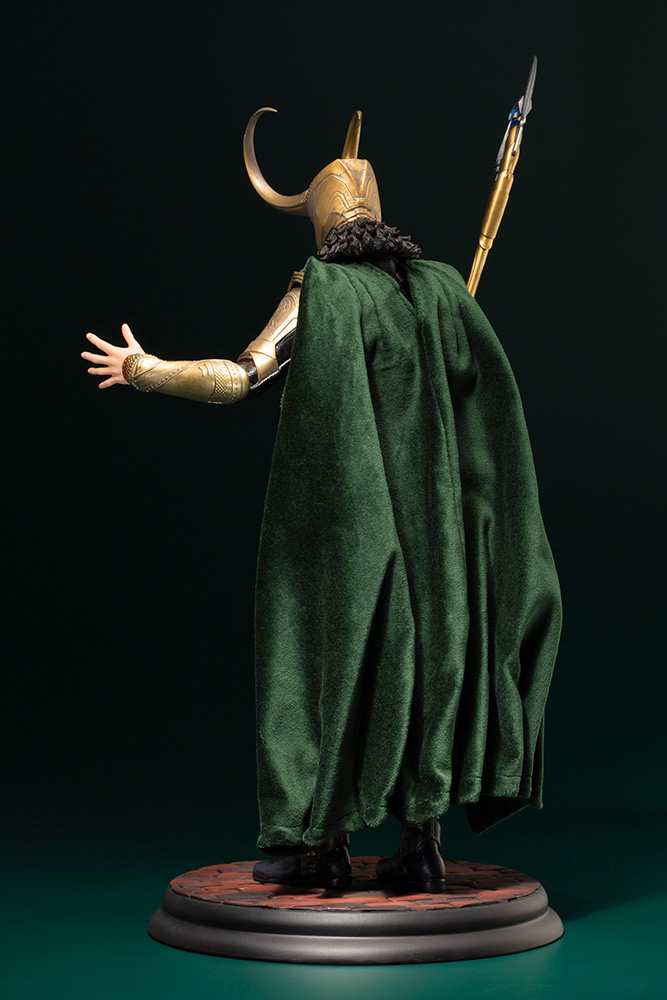 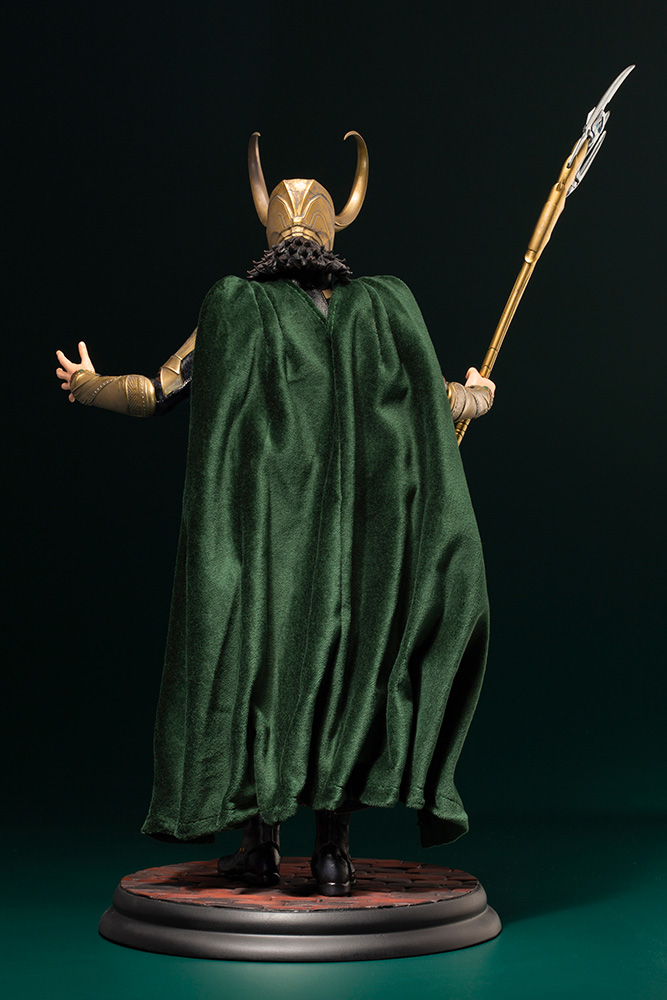 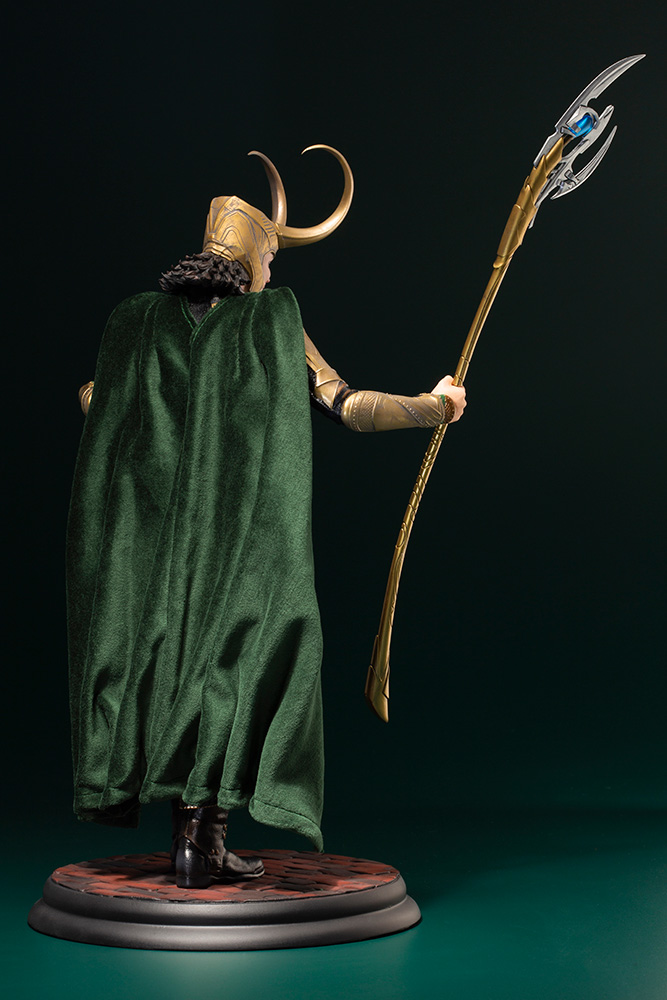 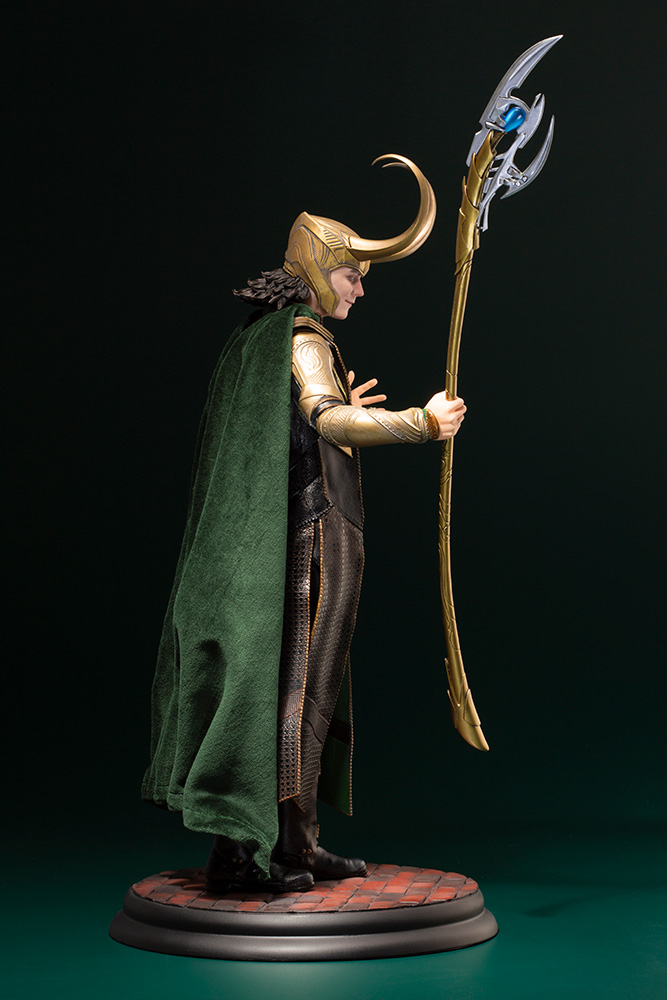 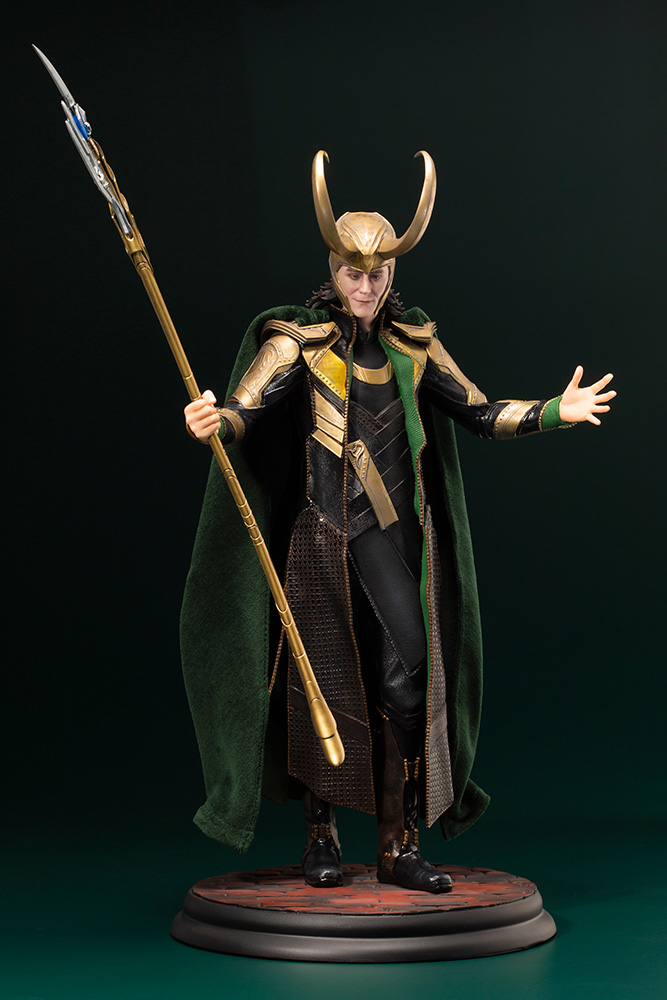 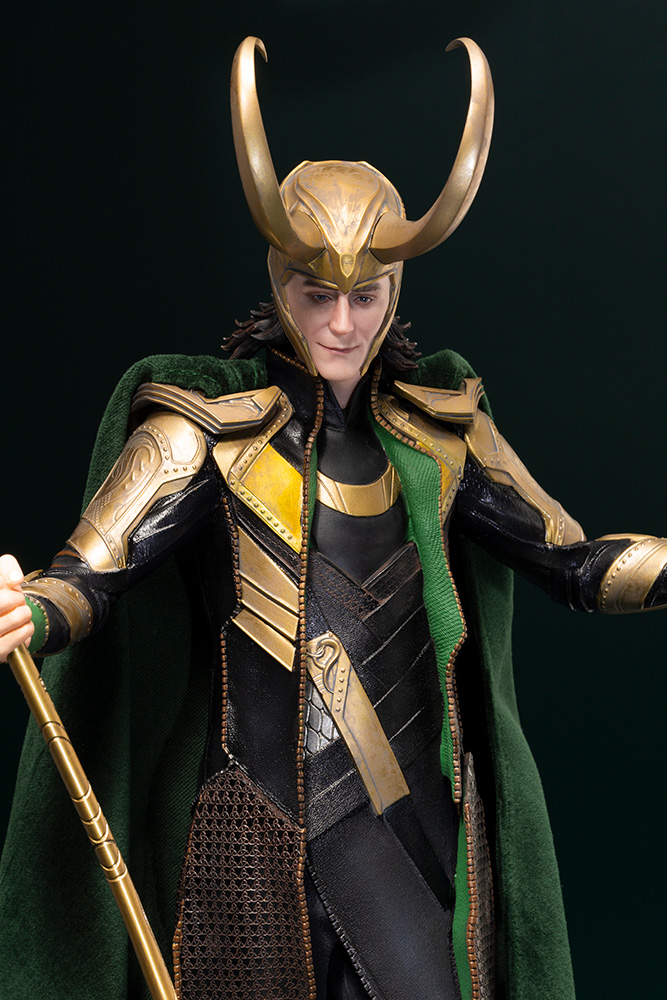 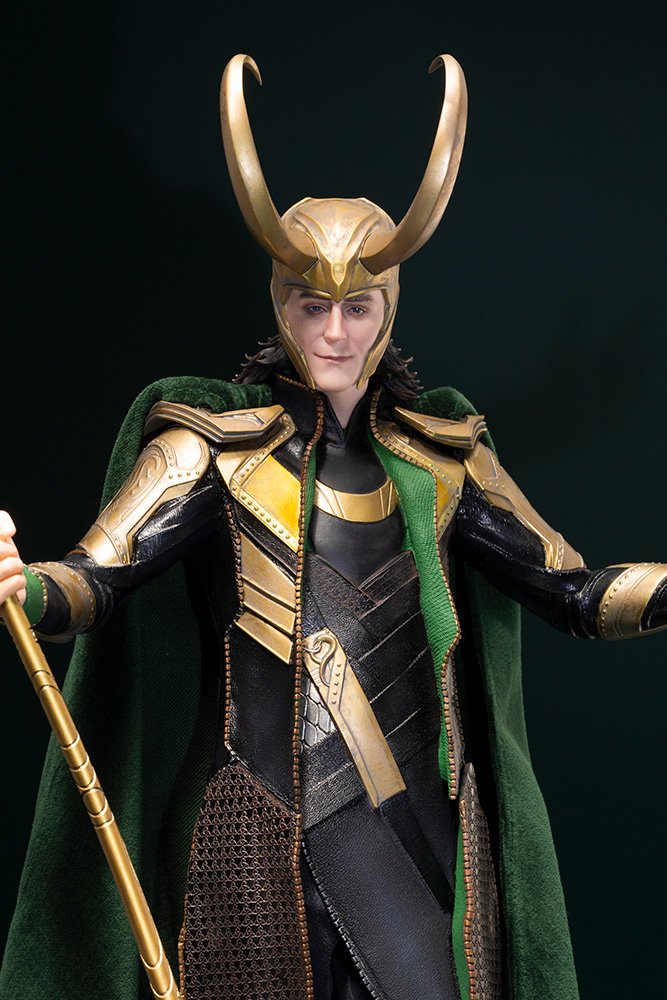 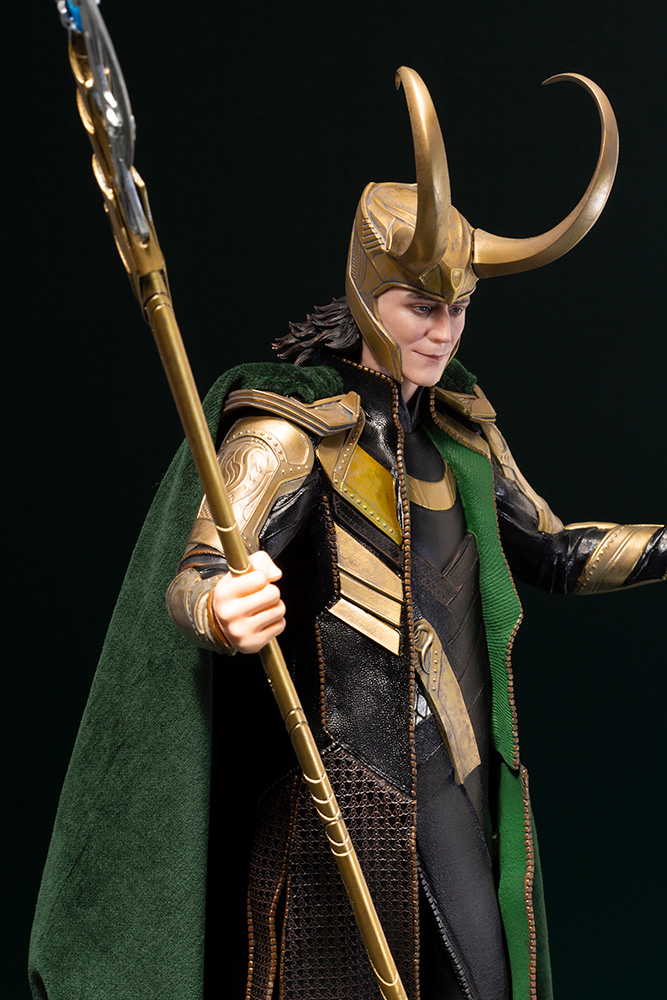 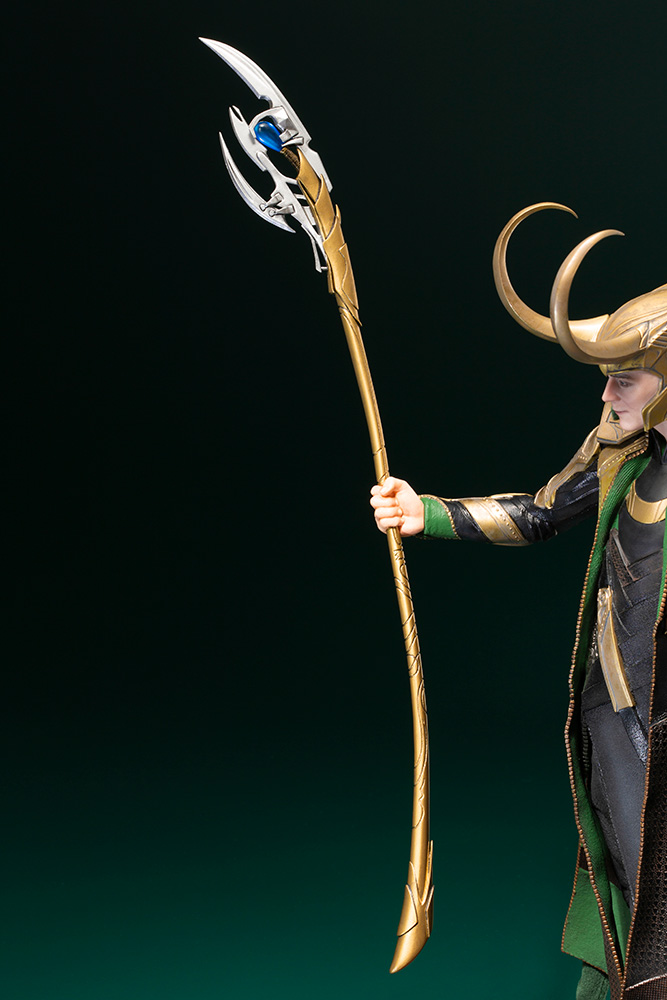 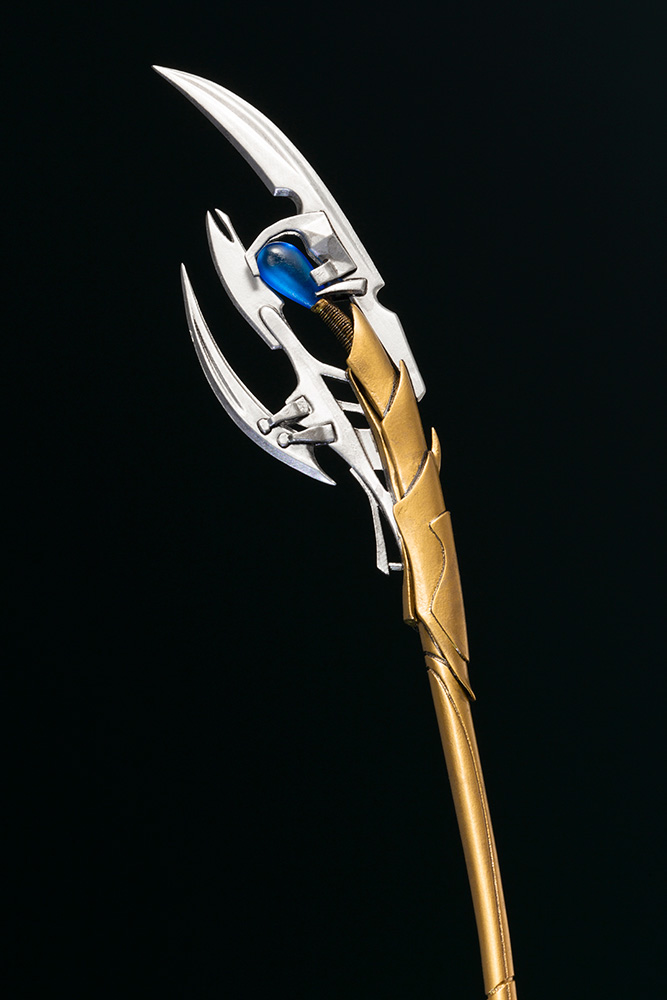 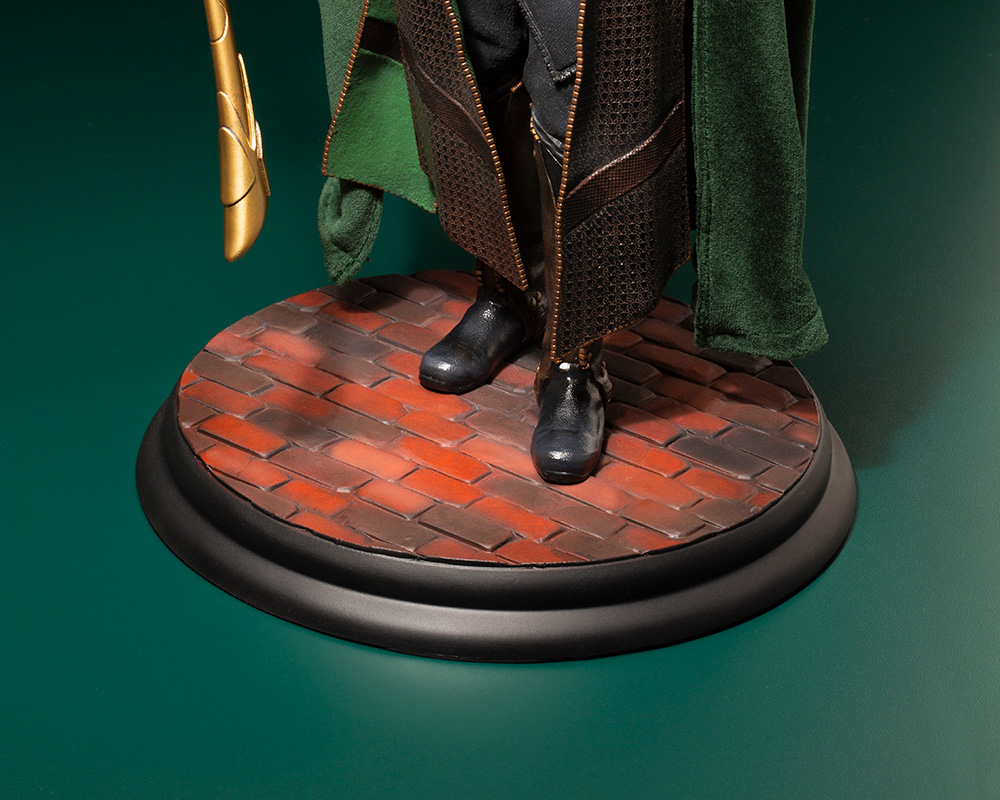 Based on the original The Avengers film, the main villain comes to life in this 1/6 scale Loki statue from Kotobukiya.

Adept in mind control and illusions to lead his opponents astray, Loki's daring smile has been faithfully captured in statue form; his entire outfit and style was carefully thought out. His cape is made of real fabric and can be posed for dynamic displays as he stands on his brick-like base while holding his staff.