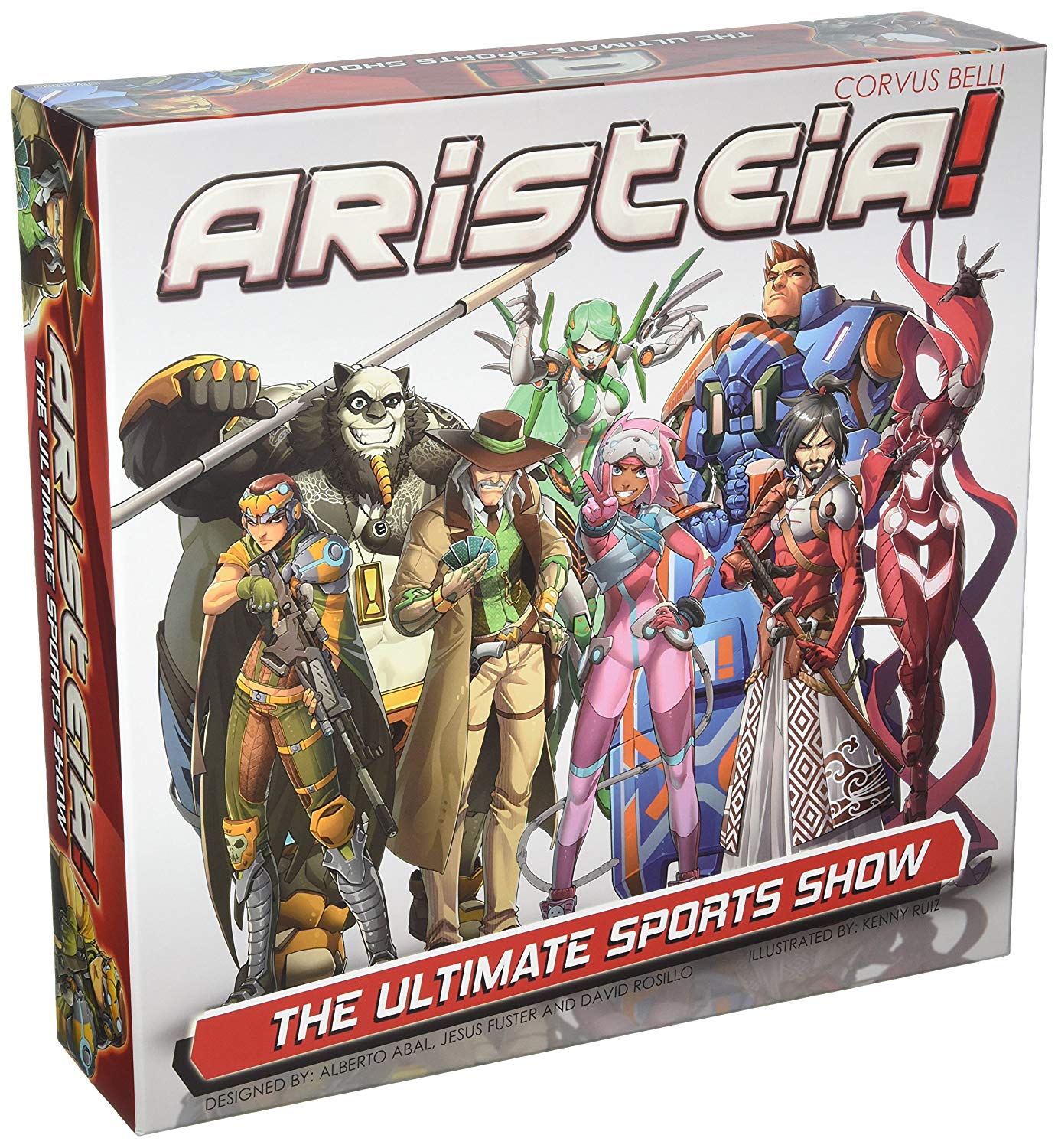 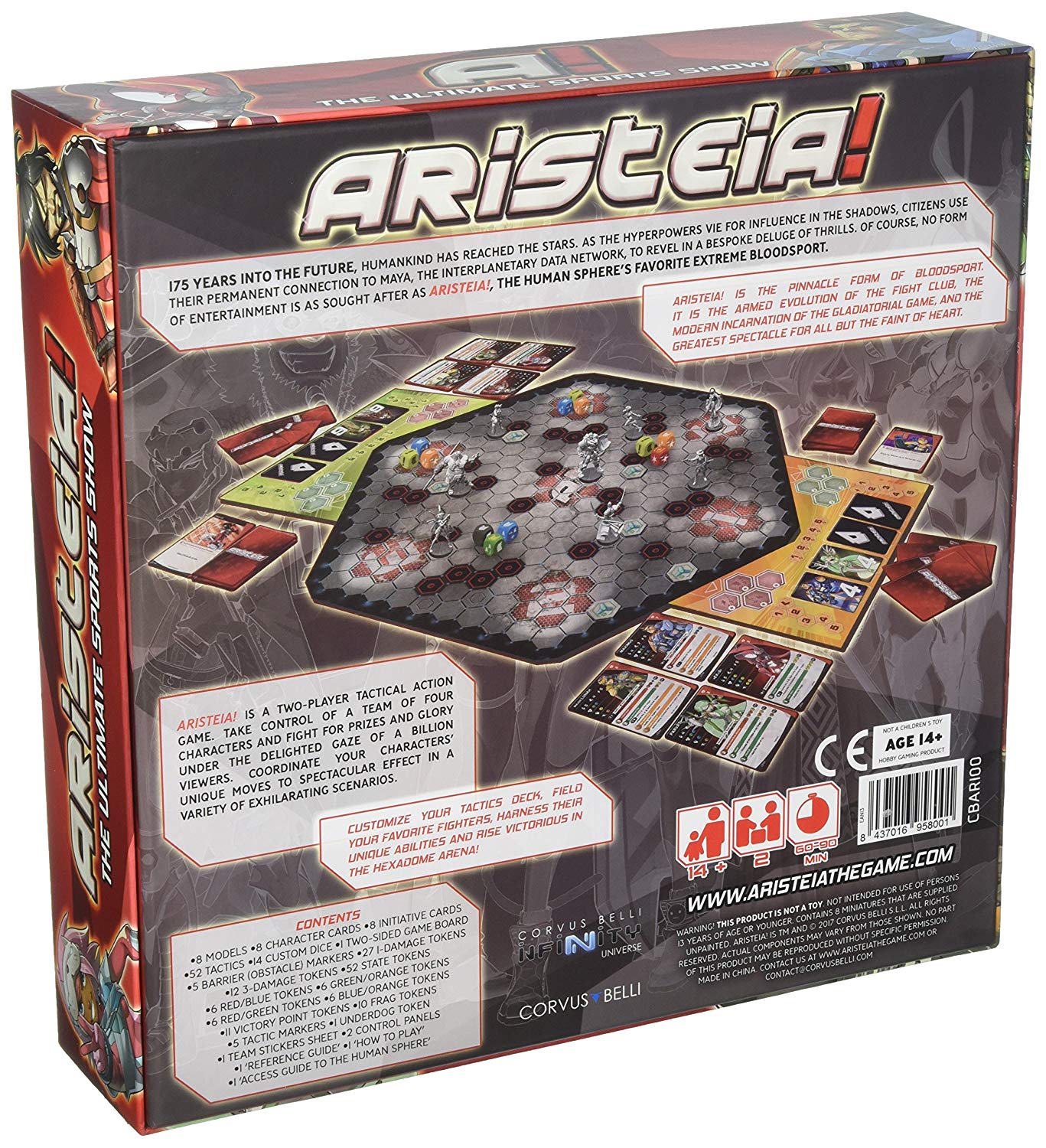 175 years into the future, humankind has reached the stars. As the hyperpowers vie for influence in the shadows, citizens use their permanent connection to Maya, the interplanetary data network, to revel in a bespoke deluge of thrills. Of course, no form of entertainment is as sought after as Aristeia!, the Human Sphere’s favorite extreme bloodsport.

Aristeia! is the new sports game by Corvus Belli that allows two players to take the role of a competition team manager in the greatest visual show of the Human Sphere.

The game will come in a basic box including everything necessary to play: 8 character figures with their exclusive cards, 8 Initiative cards, 52 Tactics cards, 3 booklets (Access Guide to Human Sphere, How-to-Play instructions, and Reference Guide), a reversible board (the HexaDome), dice, counters, and tokens.

Aristeia! will allow players to choose their team and jump into action in the HexaDome, the arena where the definitive blood sport of the Human Sphere takes place. Players will enjoy the dynamic and spectacular nature of Aristeia! thanks to the exclusive character cards and Tactics cards representing incredible combat feats.

In little more than one hour, players will enjoy a fun game that will immerse them in strategies and tactics that promise to become addictive.

Furthermore, for the most competitive players Corvus Belli will arrange a special organized play program for Aristeia!, with an international ranking and tournament kits including promotional material and prizes for the winners.

Aristeia! will have regular expansion packs with new characters, each of them featuring their own special skills and new combos that will improve the game experience. These expansion packs will be independent and completely optional.