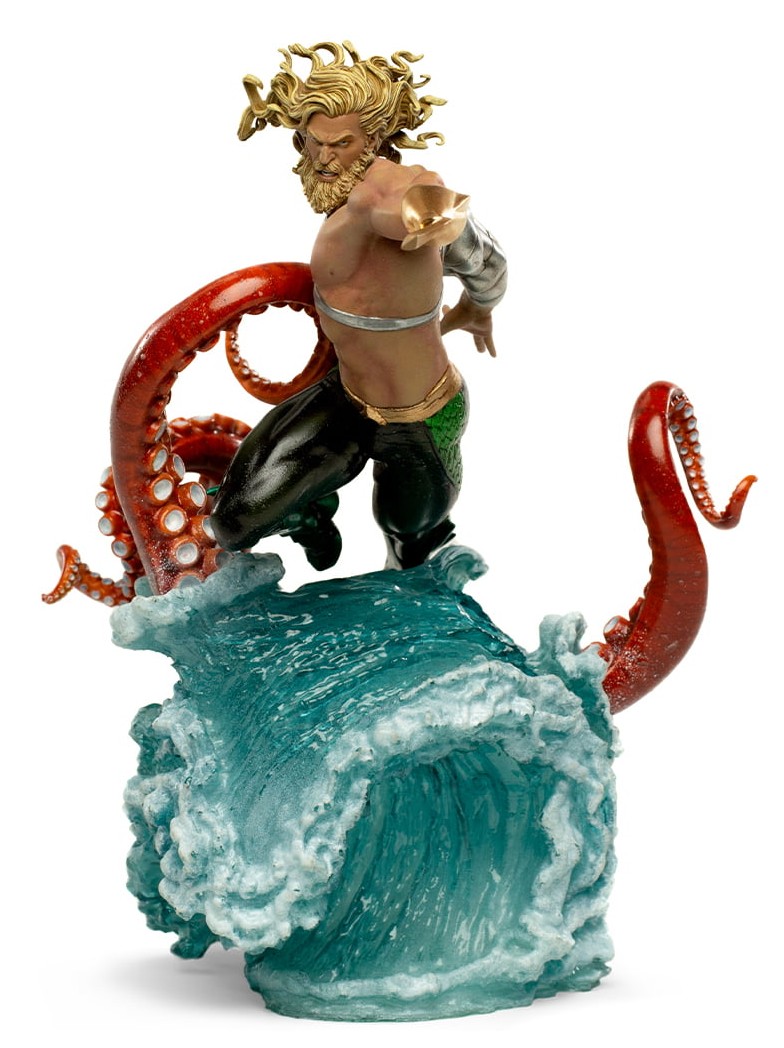 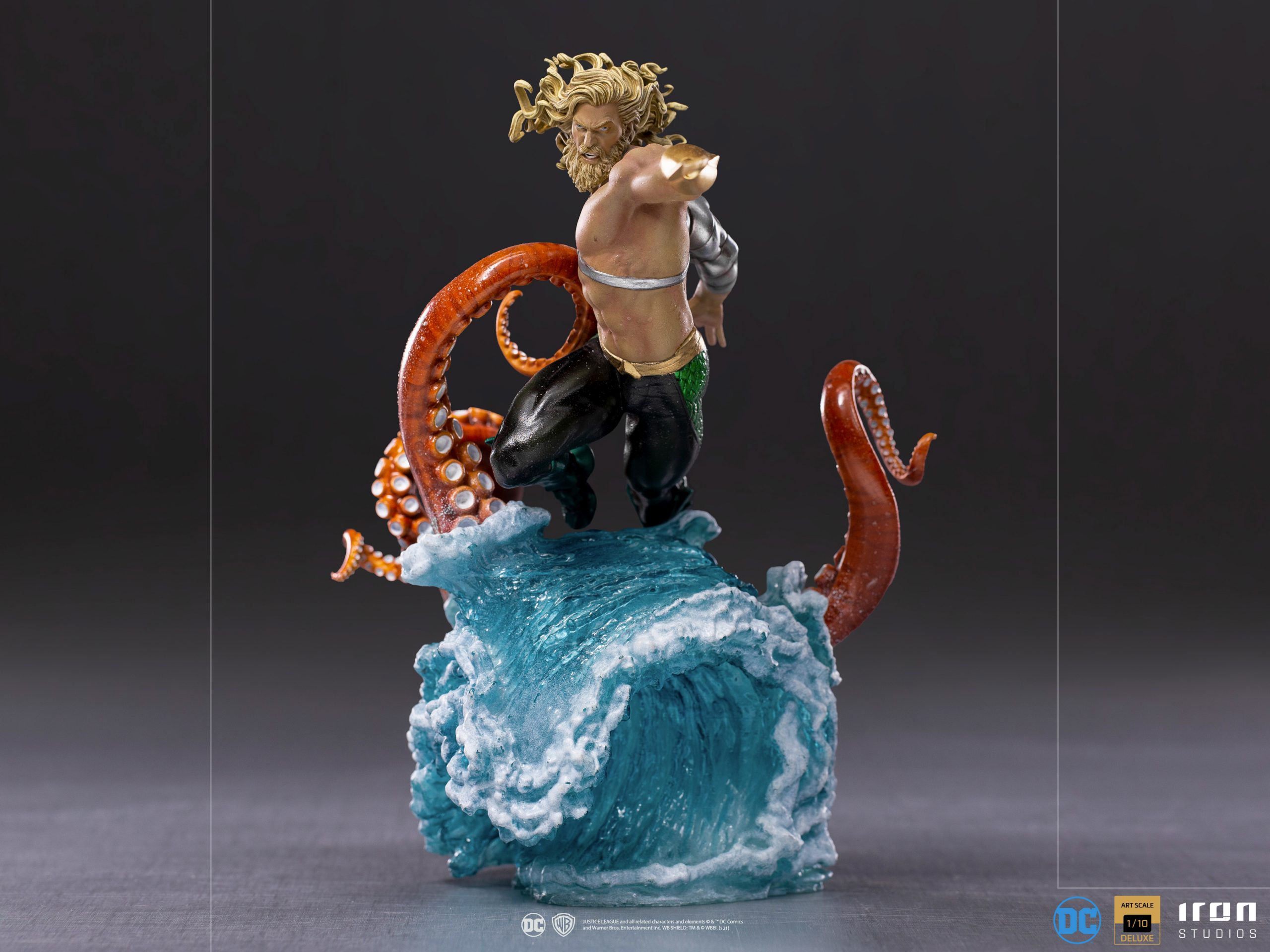 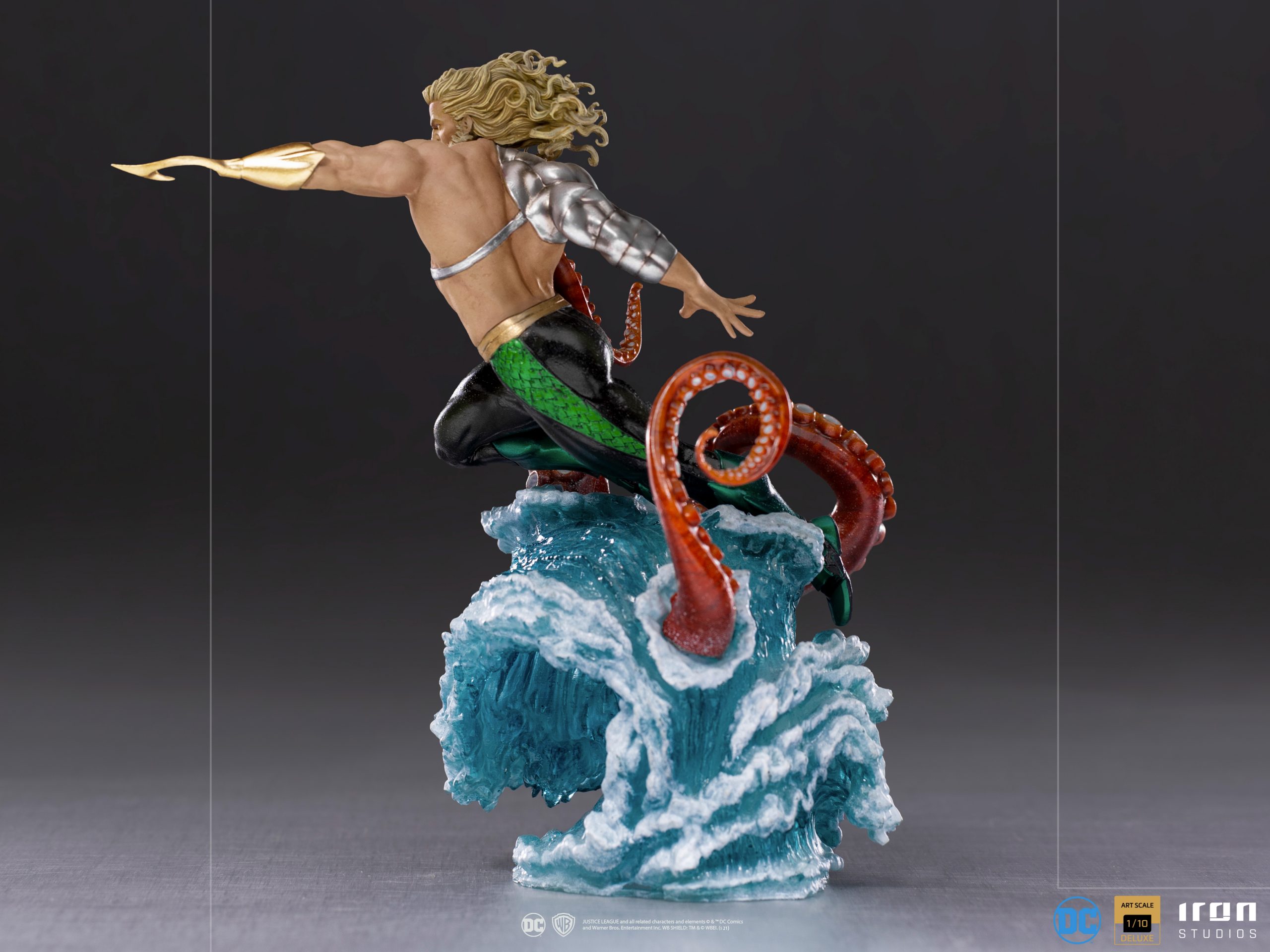 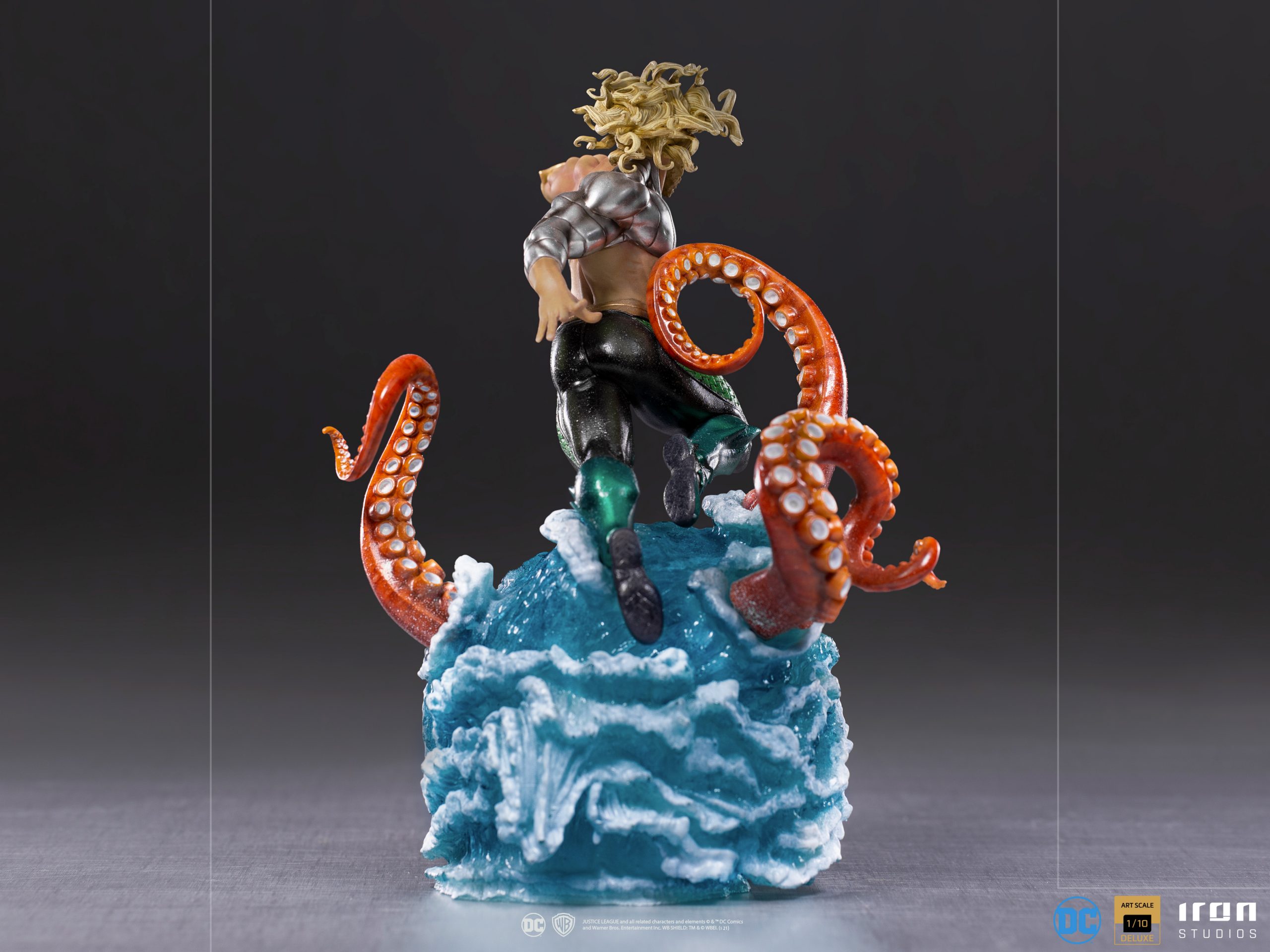 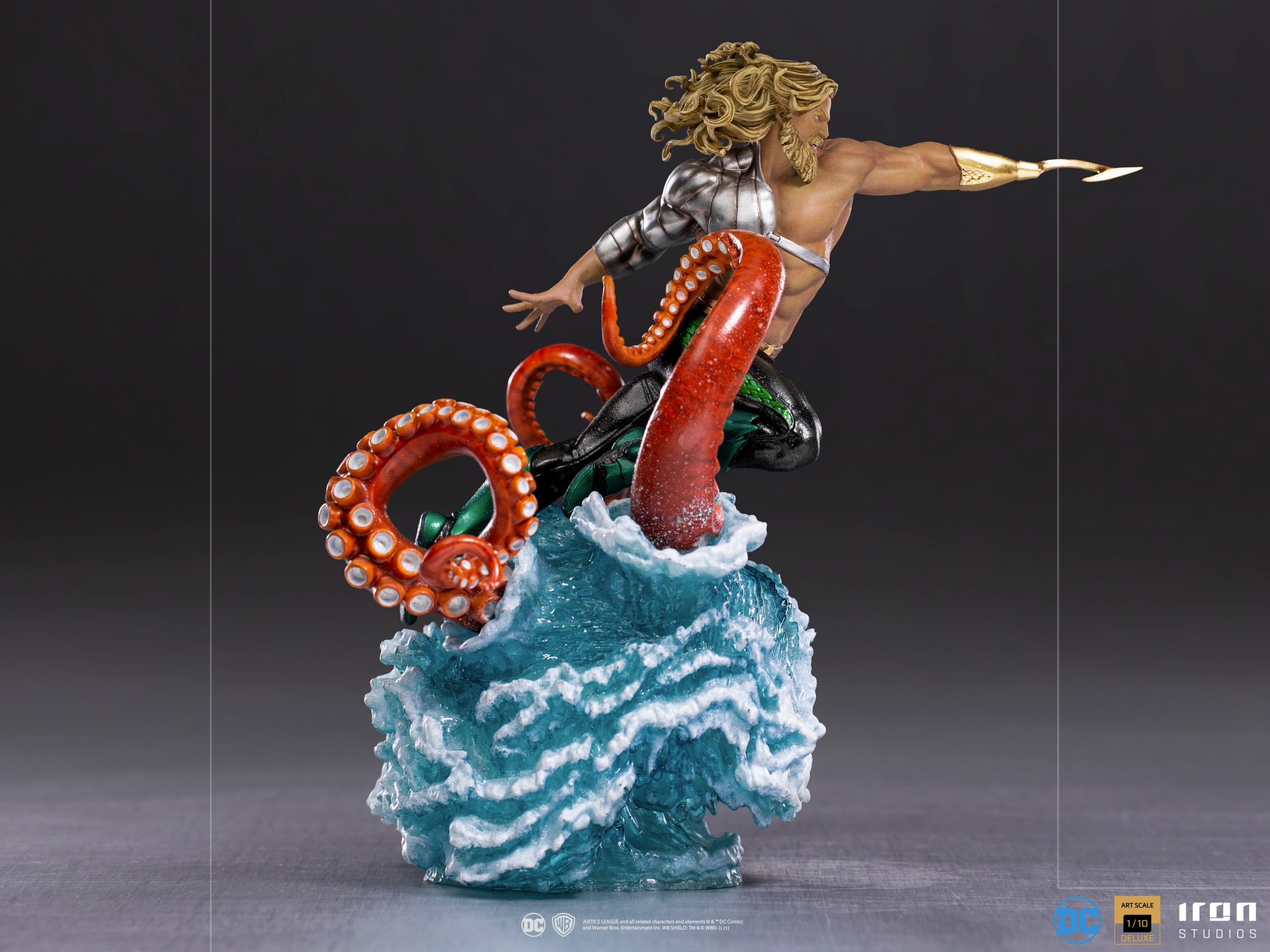 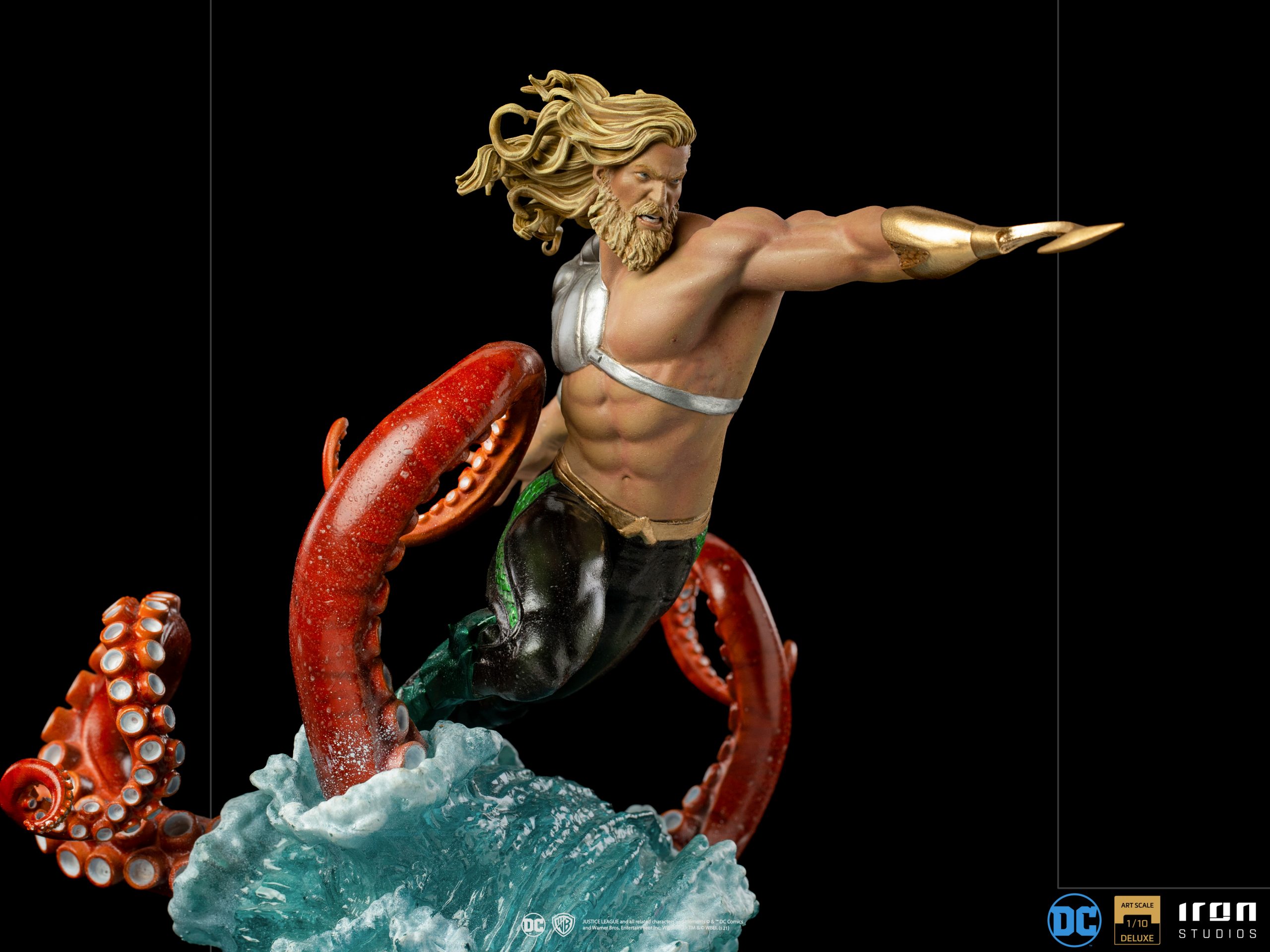 The King of the Seas in the 90s style, by Iron Studios!

The fury of the ocean waves is represented on a base, where the powerful tentacles of a mythological Kraken, submissive to the command of their master, emerge. Like the Greek god Poseidon, he advances between the waters indicating his objective with a cybernetic prosthesis, shaped like a harpoon, which replaced his left hand lost in combat.

Iron Studios presents its “Aquaman Deluxe Art Scale 1/10 – DC Comics – Iron Studios” statue, with the King of the Sea wearing his gladiator armguard, with a beard and long hair and a more rude stance, which is reflected in his countenance, as in the comics of the 1990s, created by the cult writer Peter David, who implemented several characteristics that served as inspiration in the movie version of the hero, and that made him one of the most revered heroes of the modern DC universe, captivating a whole new generation of fans.

Created in 1941 by Mort Weisinger and Paul Norris, the King of the Seven Seas is one of DC’s oldest heroes.

Son of Princess Atlanna of Atlantis and lighthouse keeper Tom Curry, Arthur Curry was raised by his father. As an adult, he returned to the underwater city Atlantis to take the throne as king. In the comics, Aquaman is a founding member of the Justice League of America.