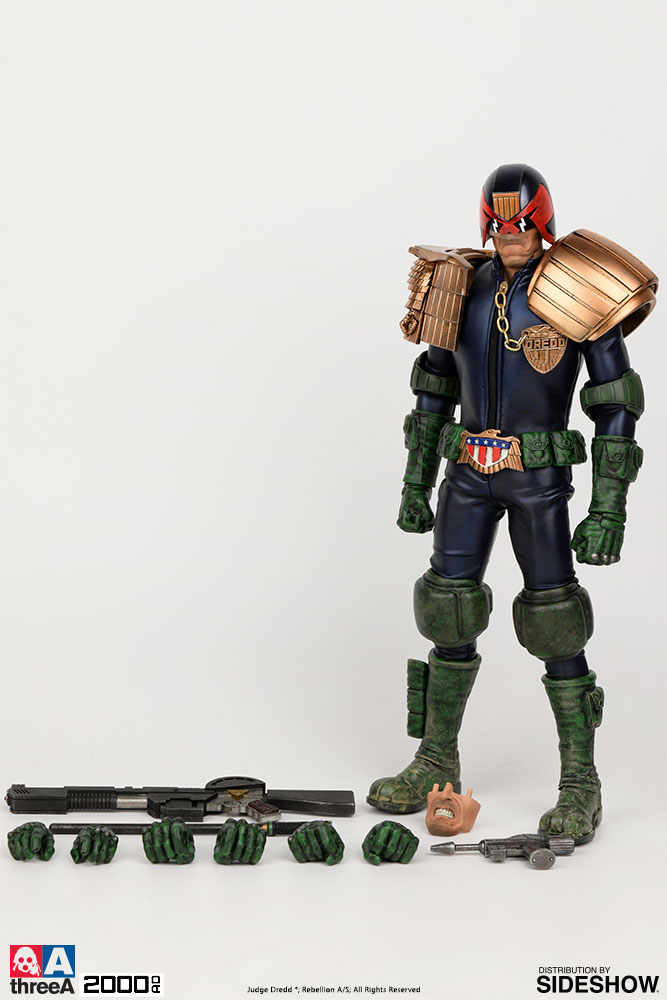 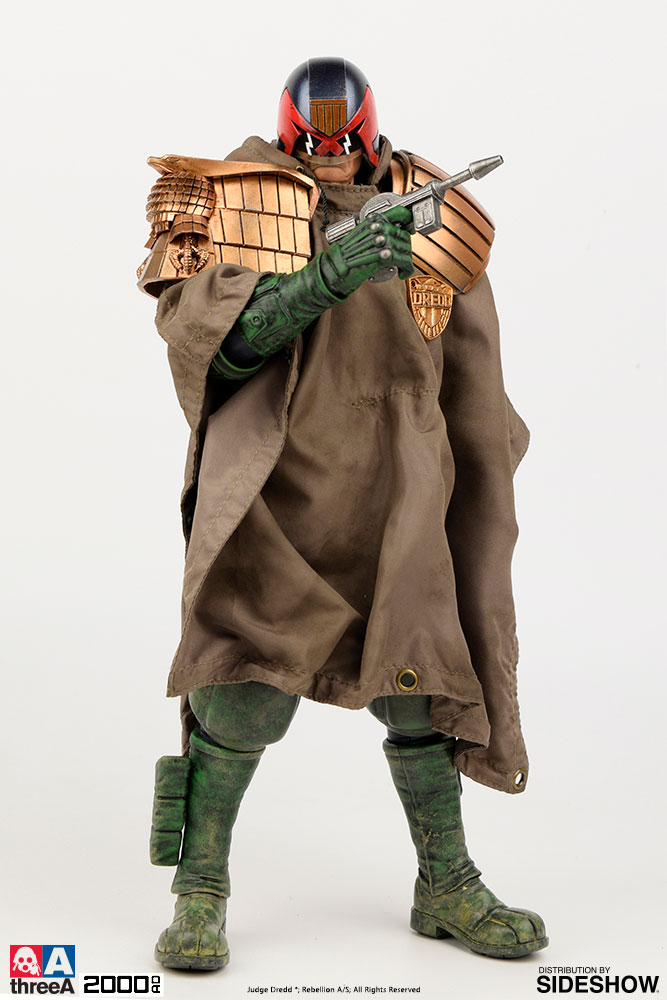 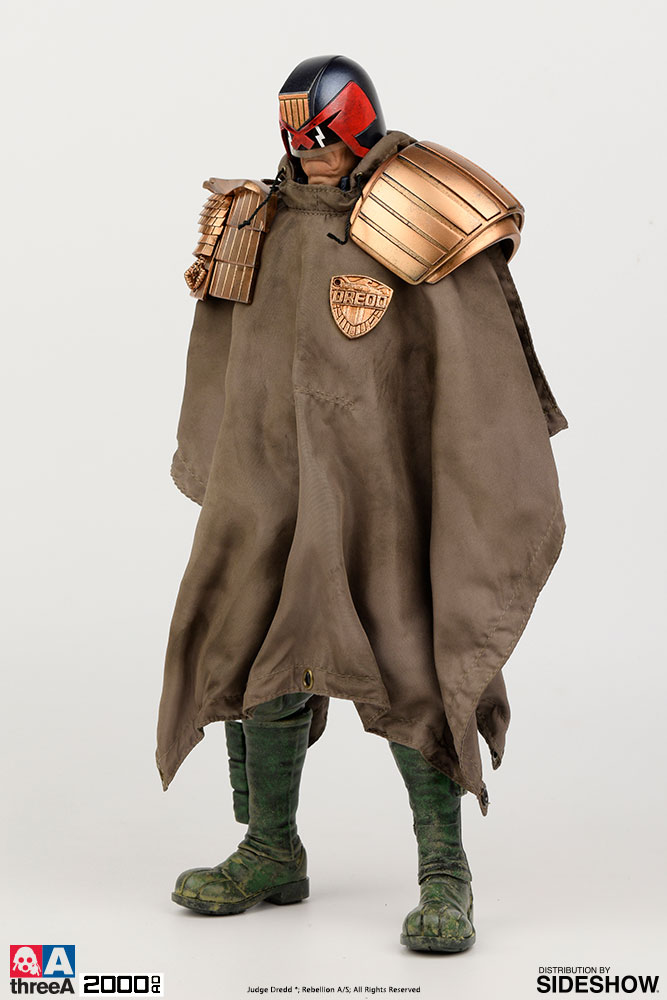 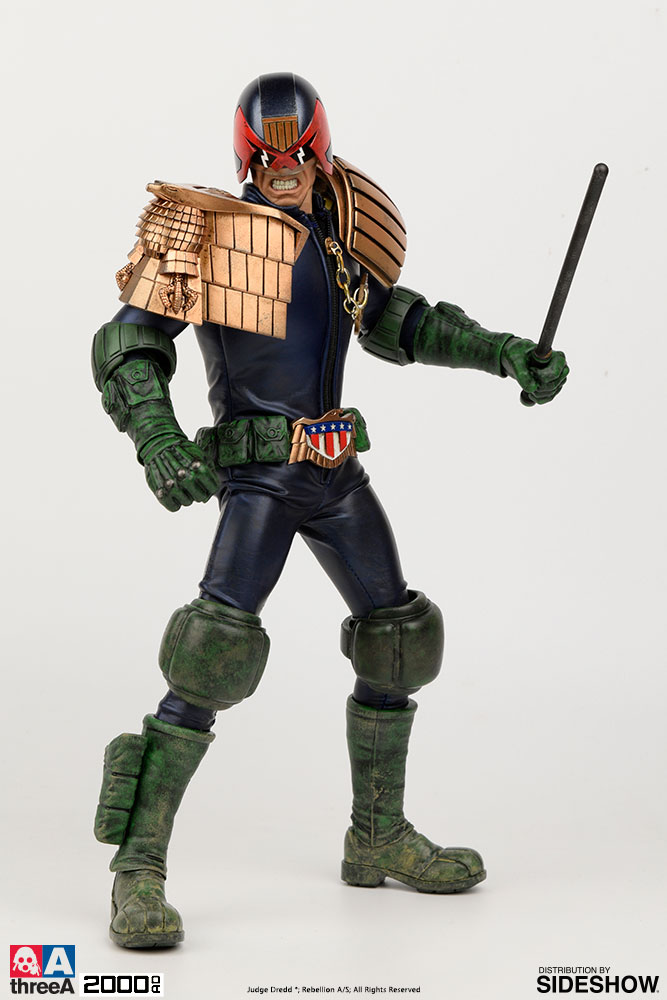 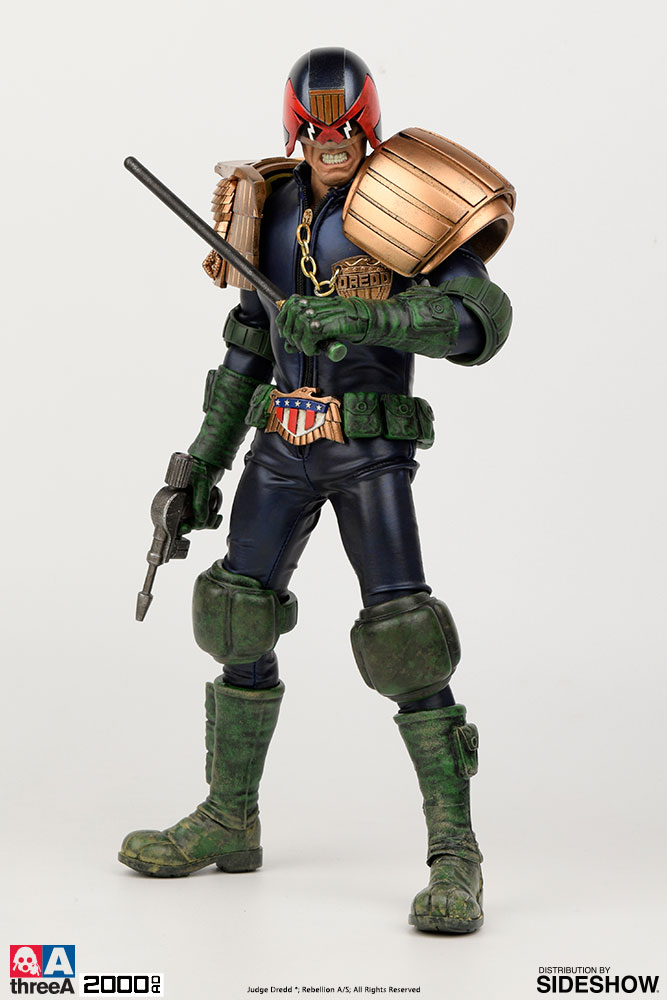 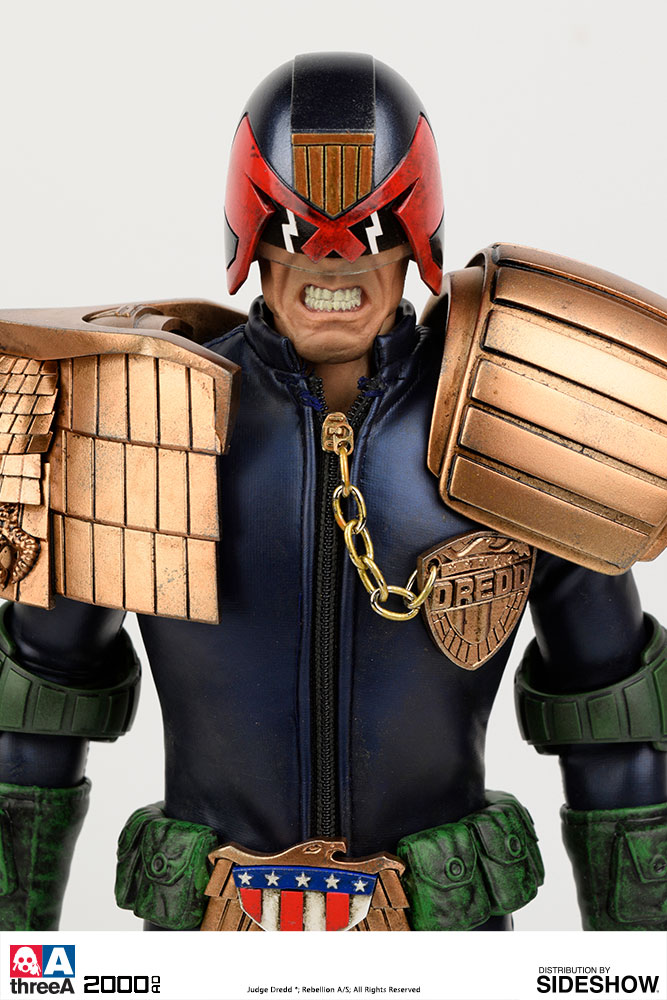 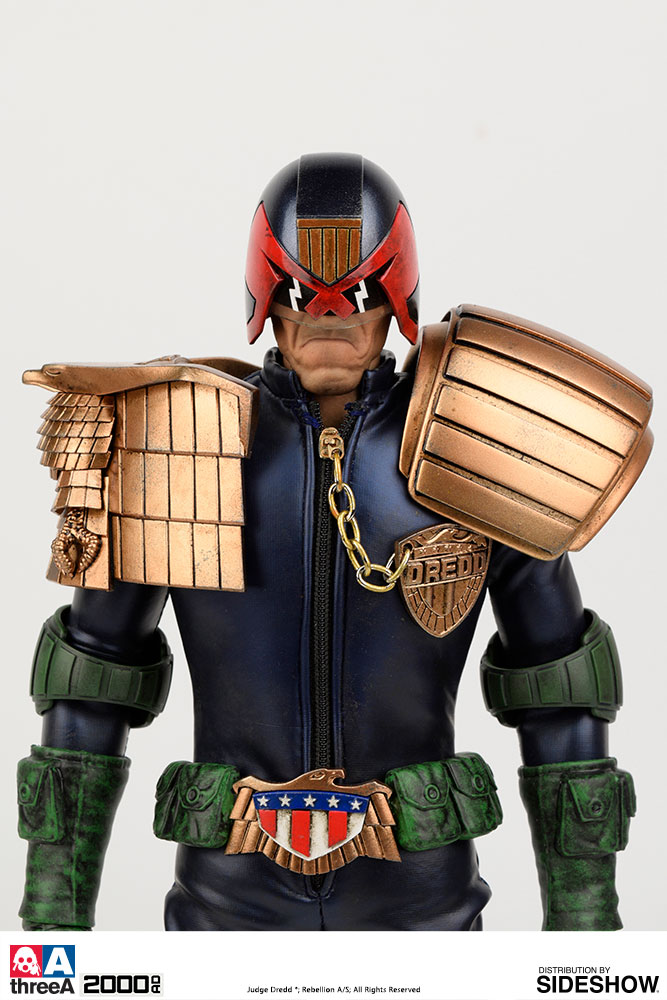 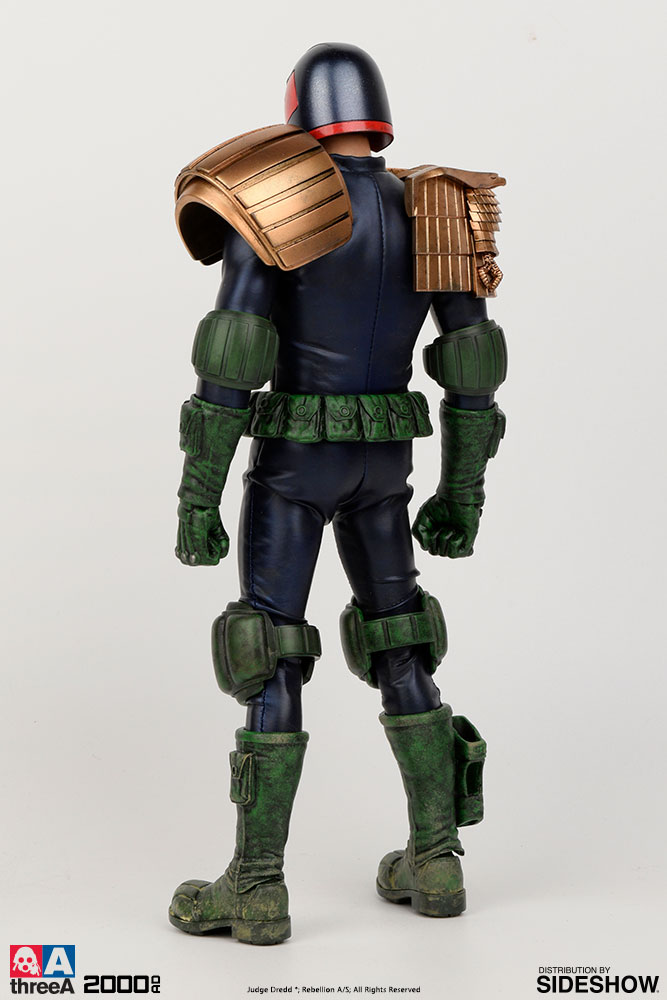 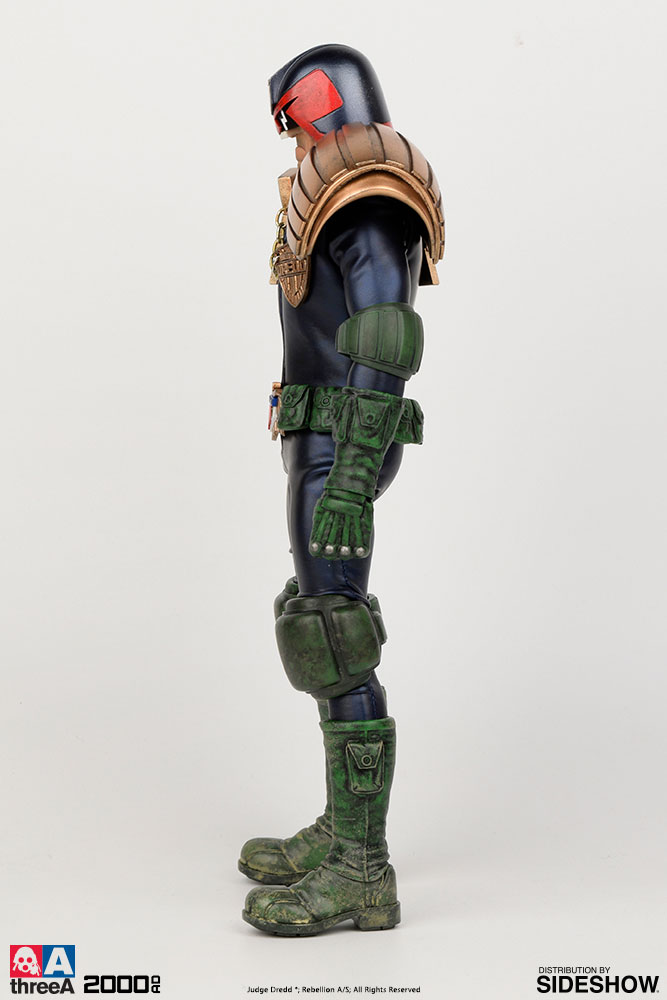 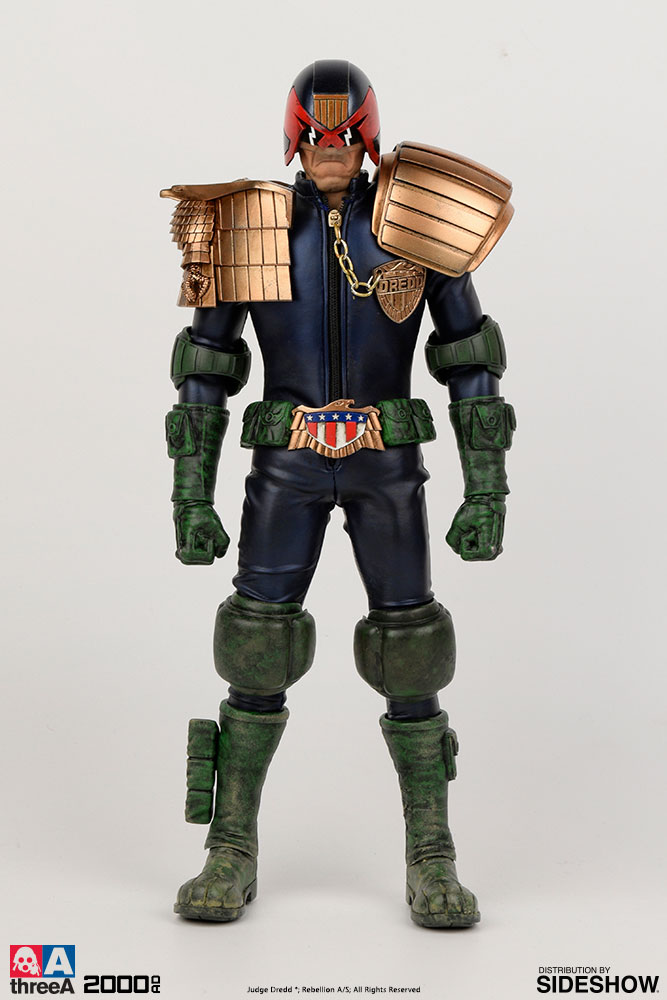 2000AD and ThreeA are celebrating Forty Years of the Galaxy's Greatest Comic the best way they know how with the unstoppable Apocalypse War Judge Dredd in one-sixth scale!

The visual appearance of the Apocalypse War Edition harkens back to one of the most pivotal moments for Judge Dredd and the future of Mega-City One. It is inspired by the epic storyline by John Wagner, Alan Grant, and Carlos Ezquerra.

Apocalypse War Judge Dredd features a Vintage Blue Judge Uniform, Red Copper Armor, RAD Cloak for the irradiated aftermath, and comes equipped with an arsenal of weapons designed to dish out justice to all creeps, perps, and the invading enemies from East Meg One who dare stand in his way!