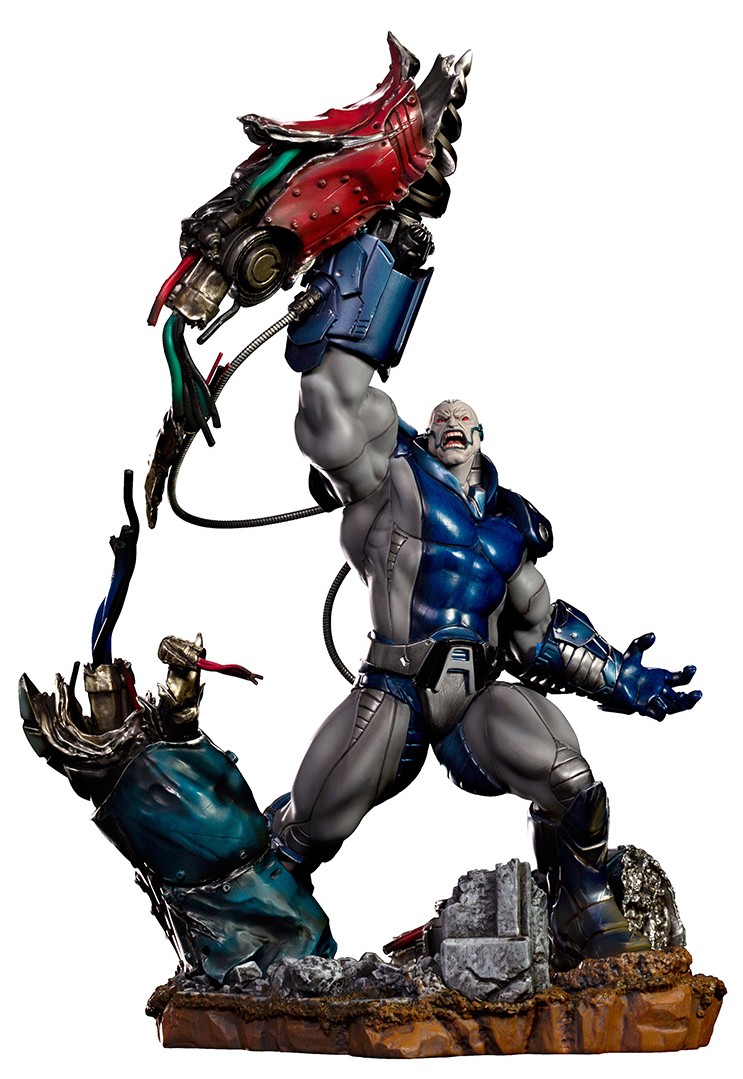 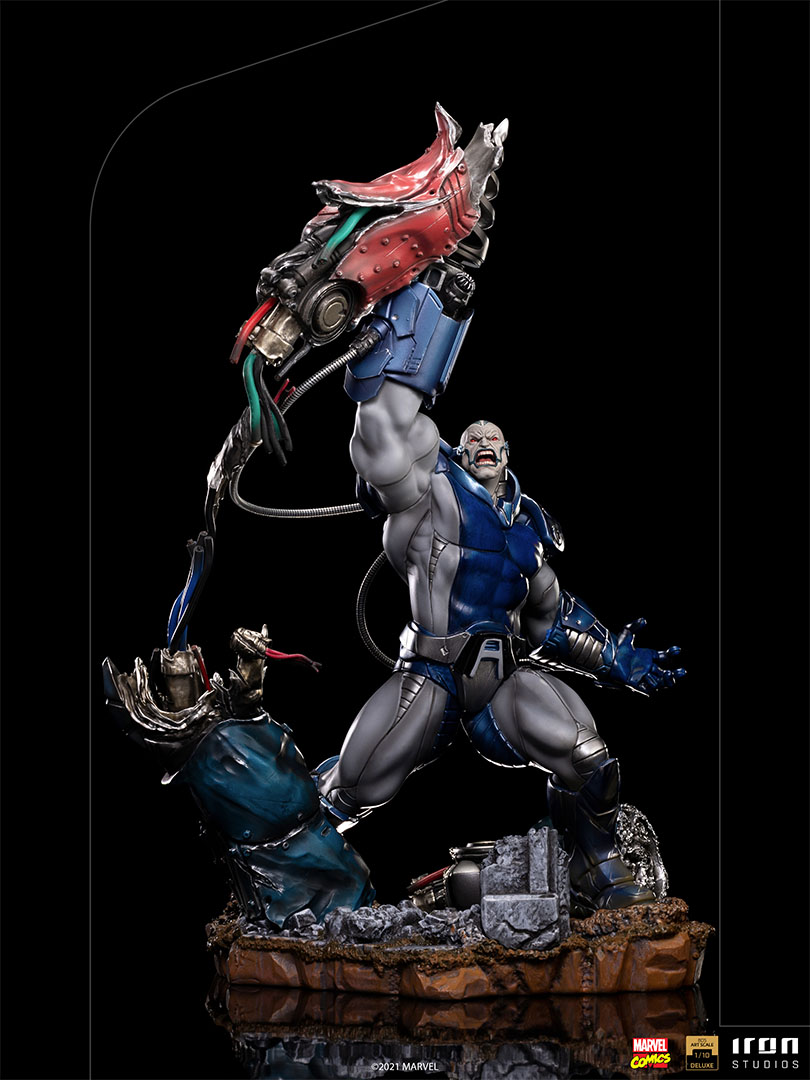 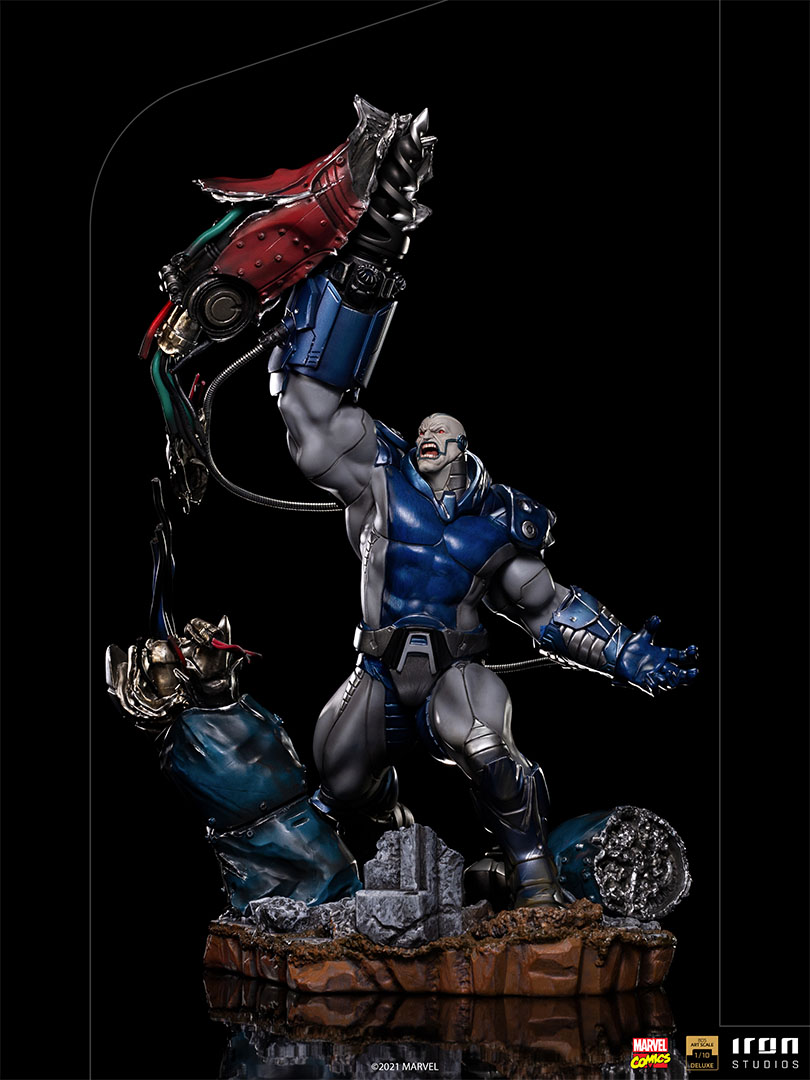 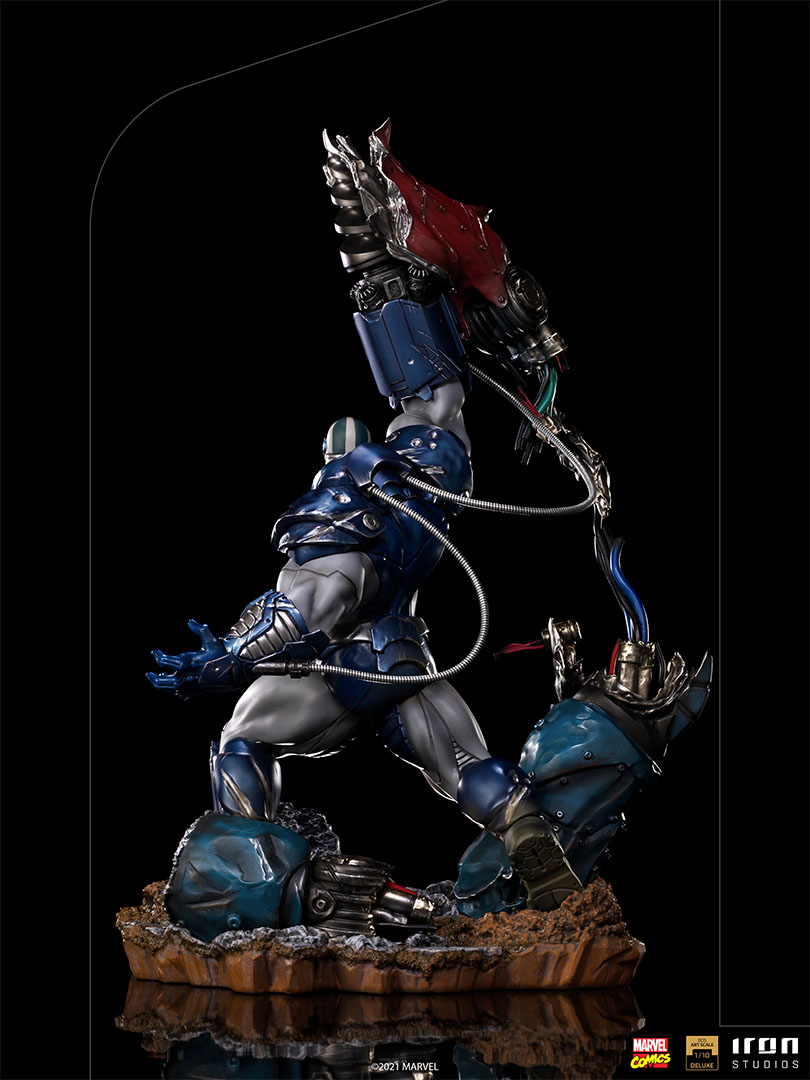 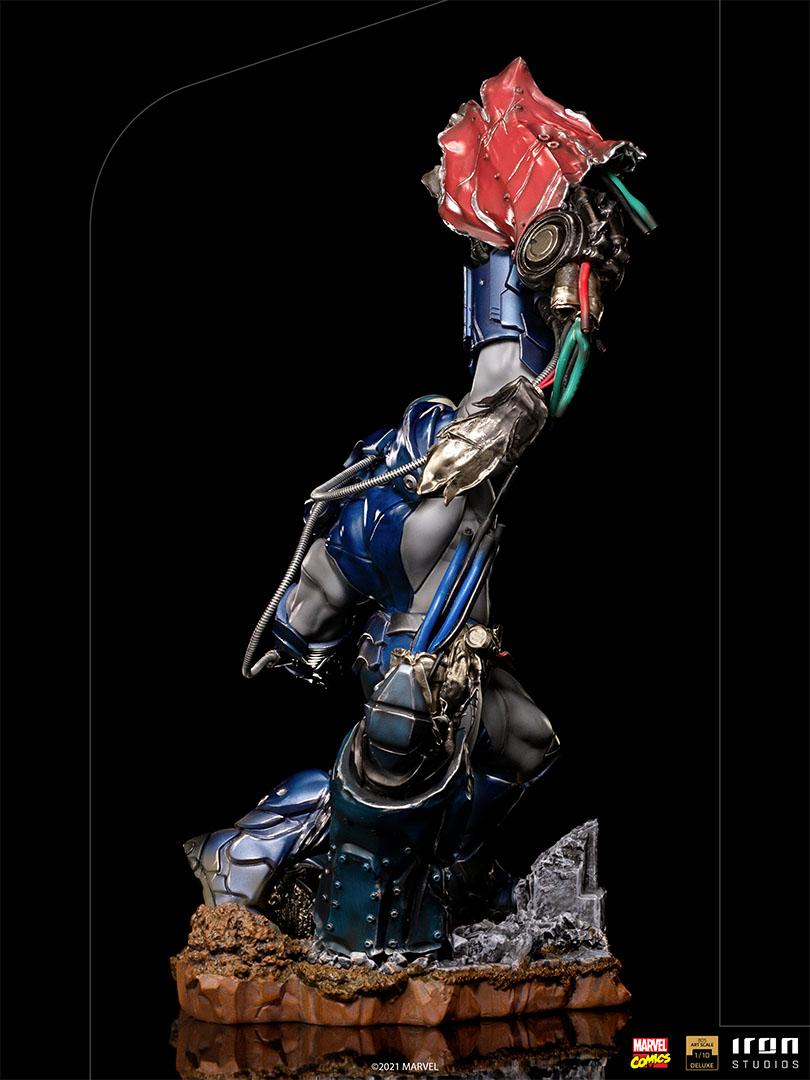 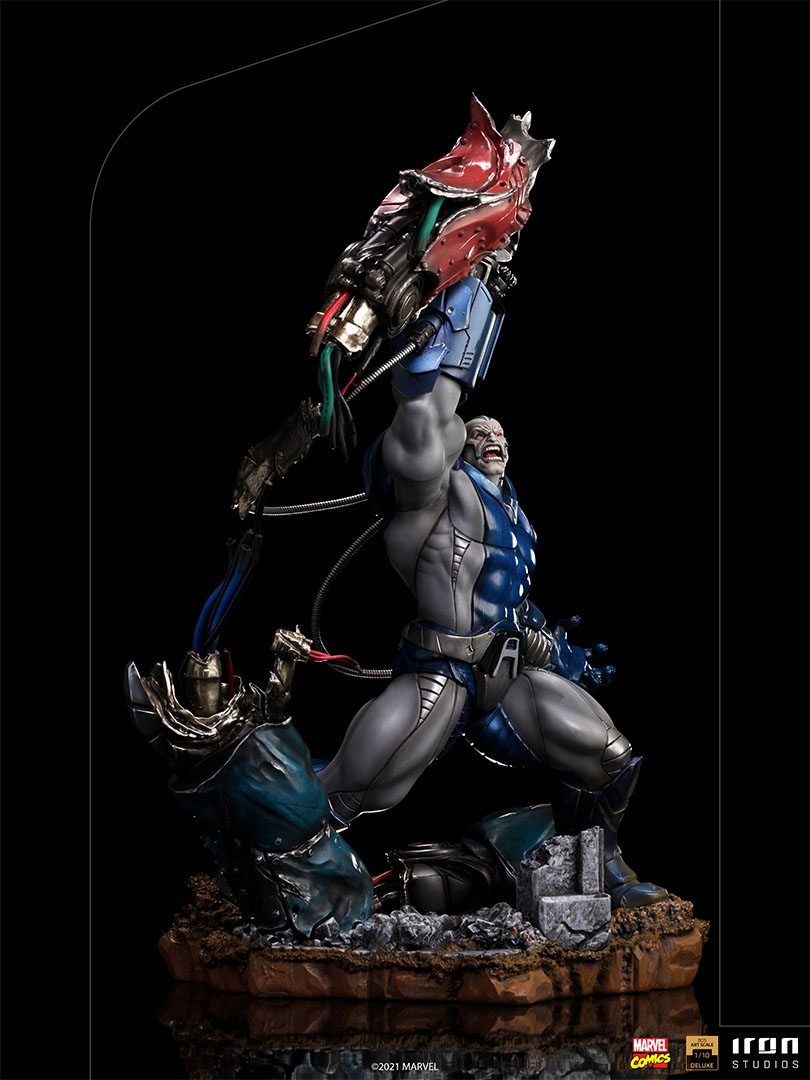 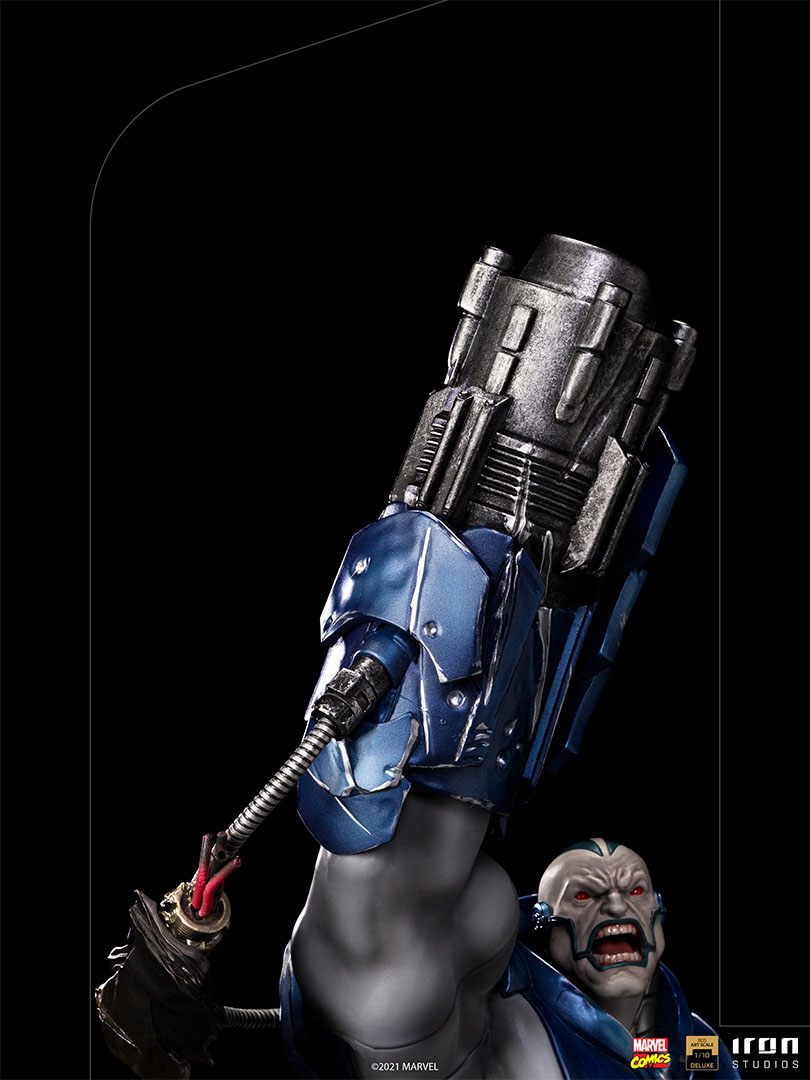 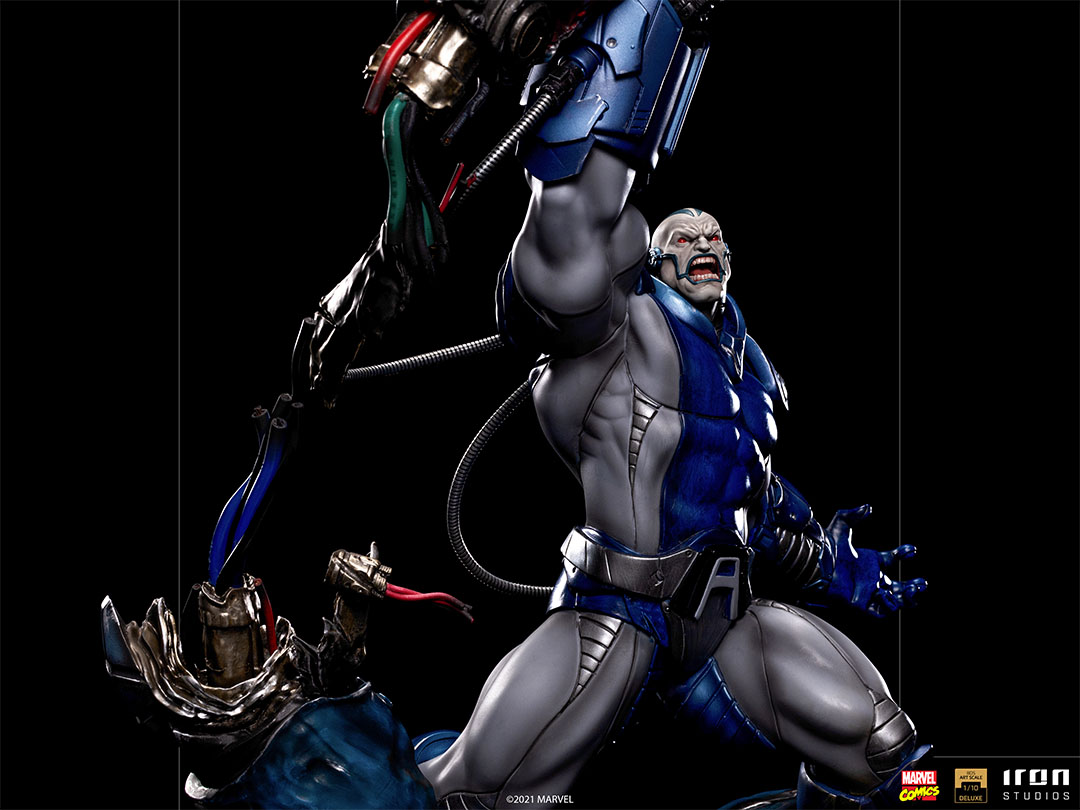 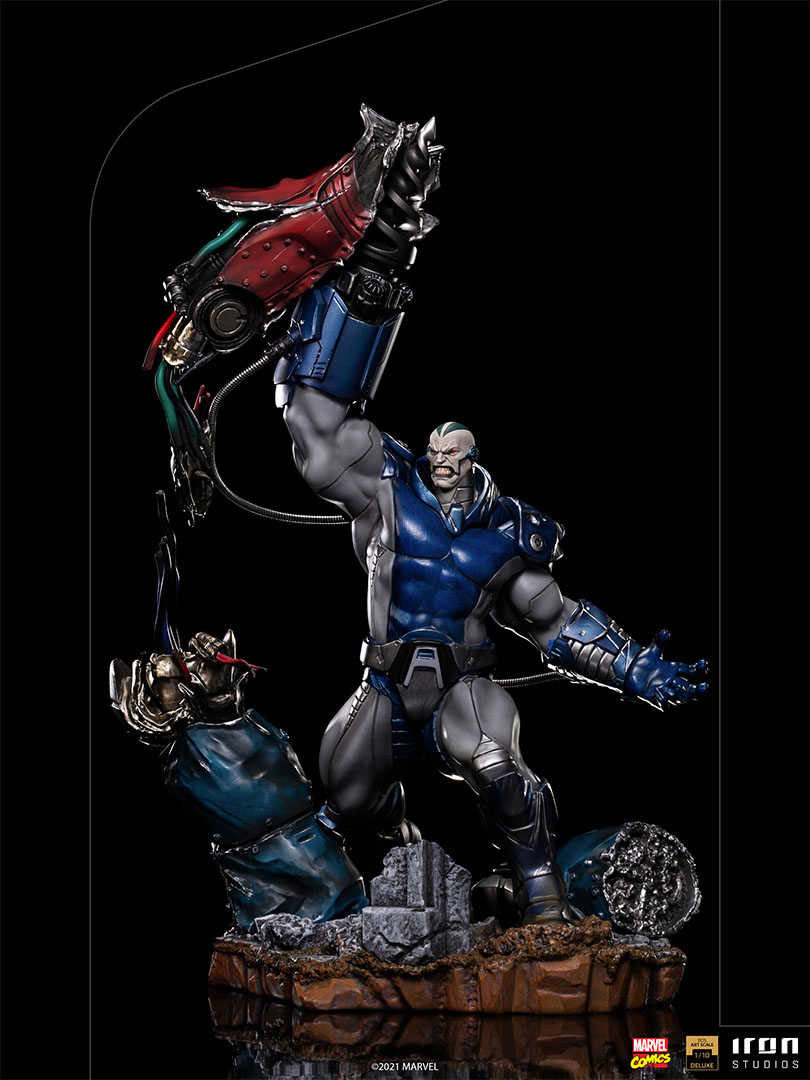 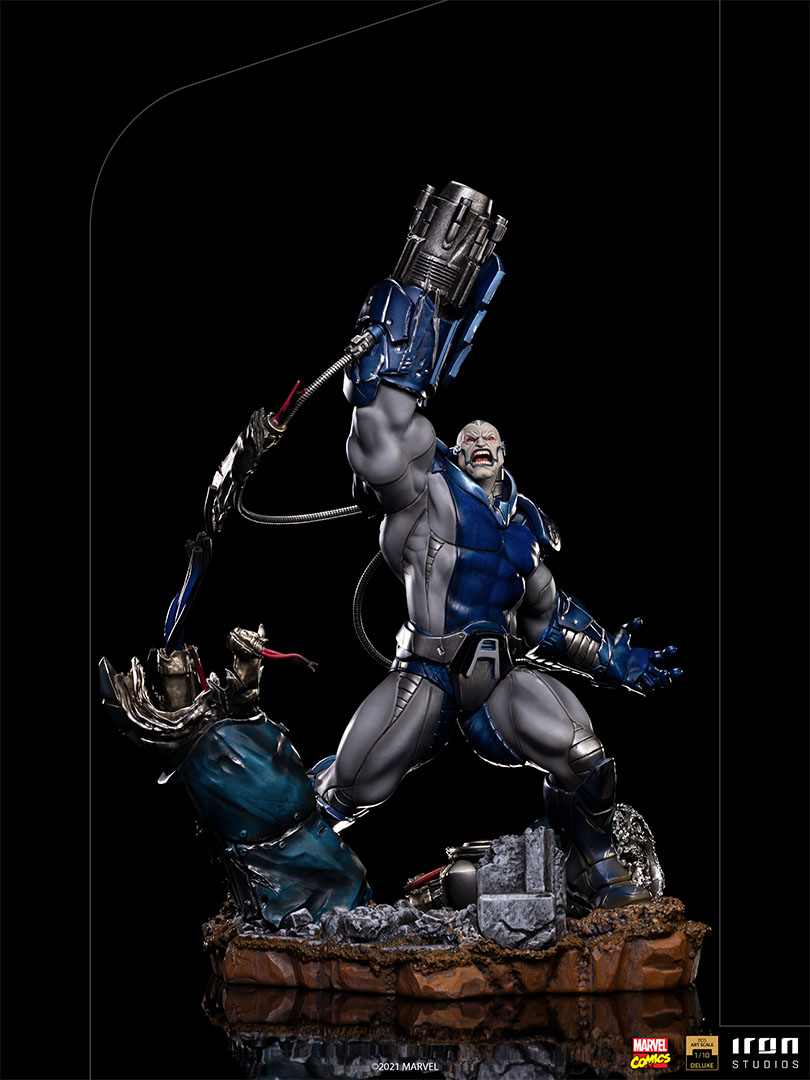 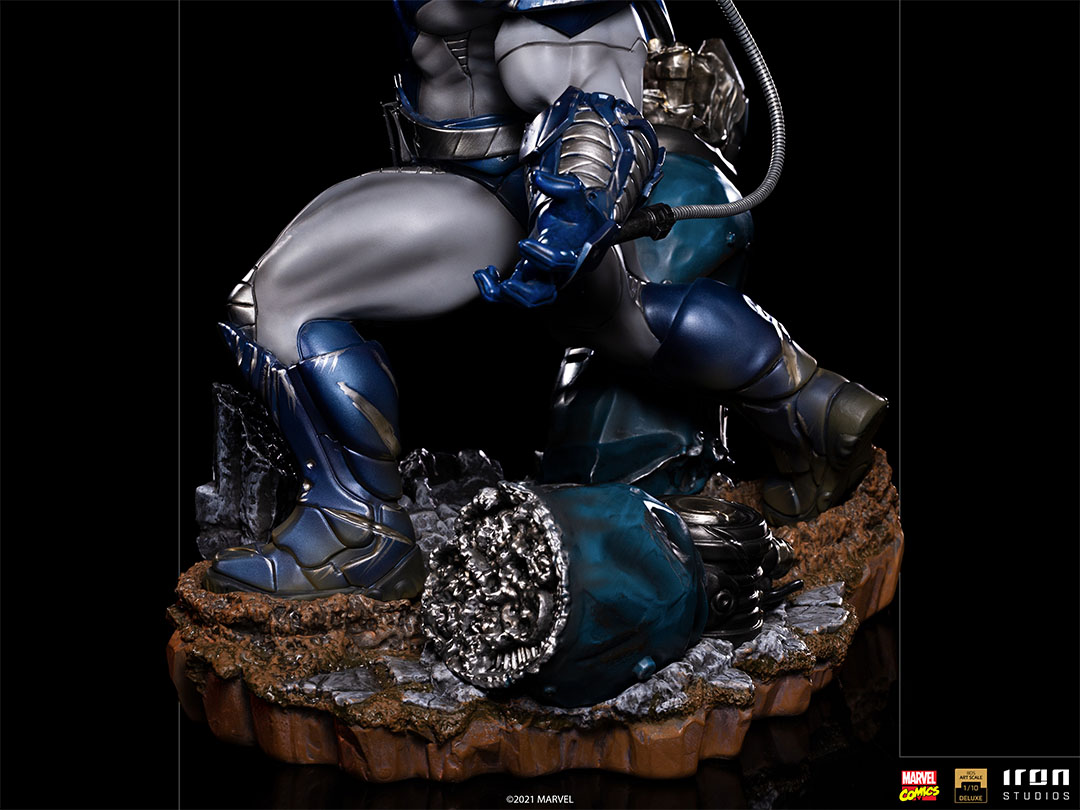 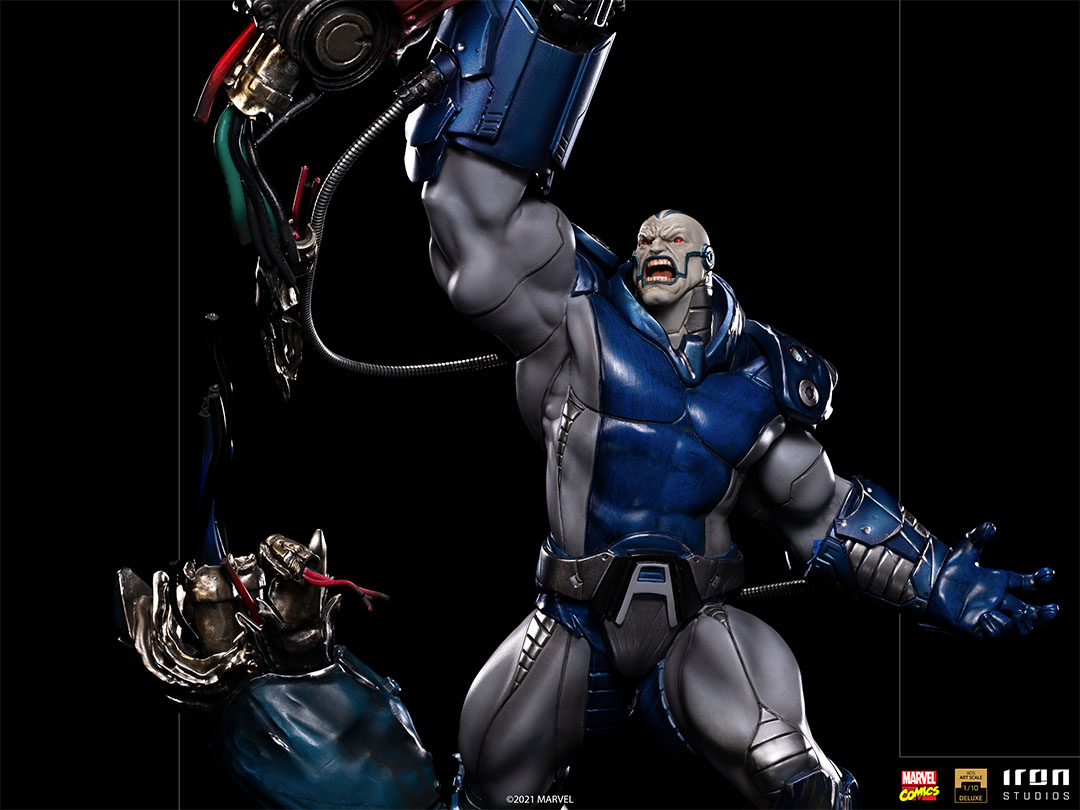 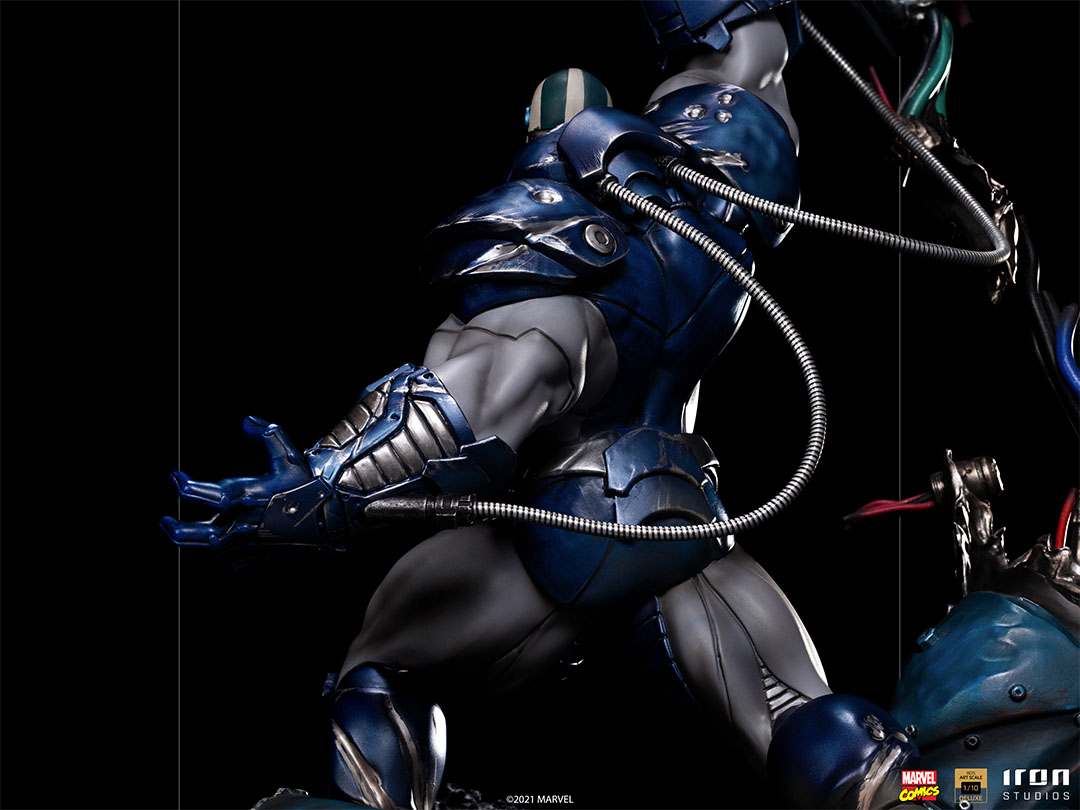 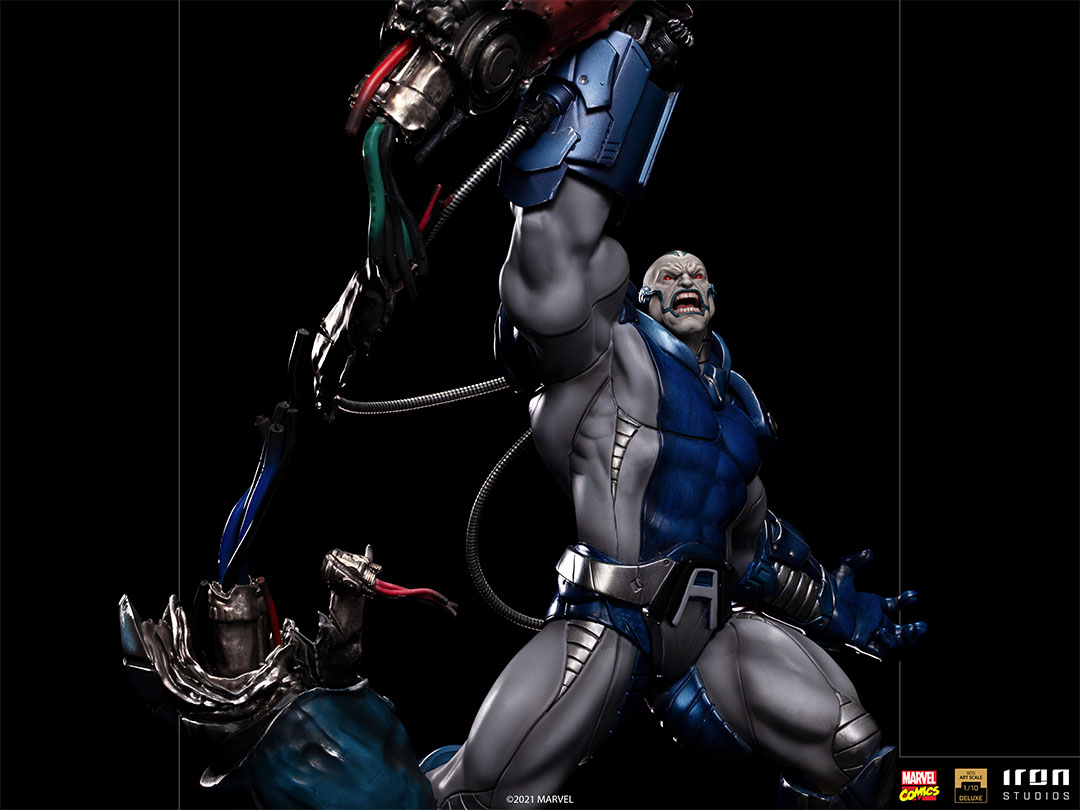 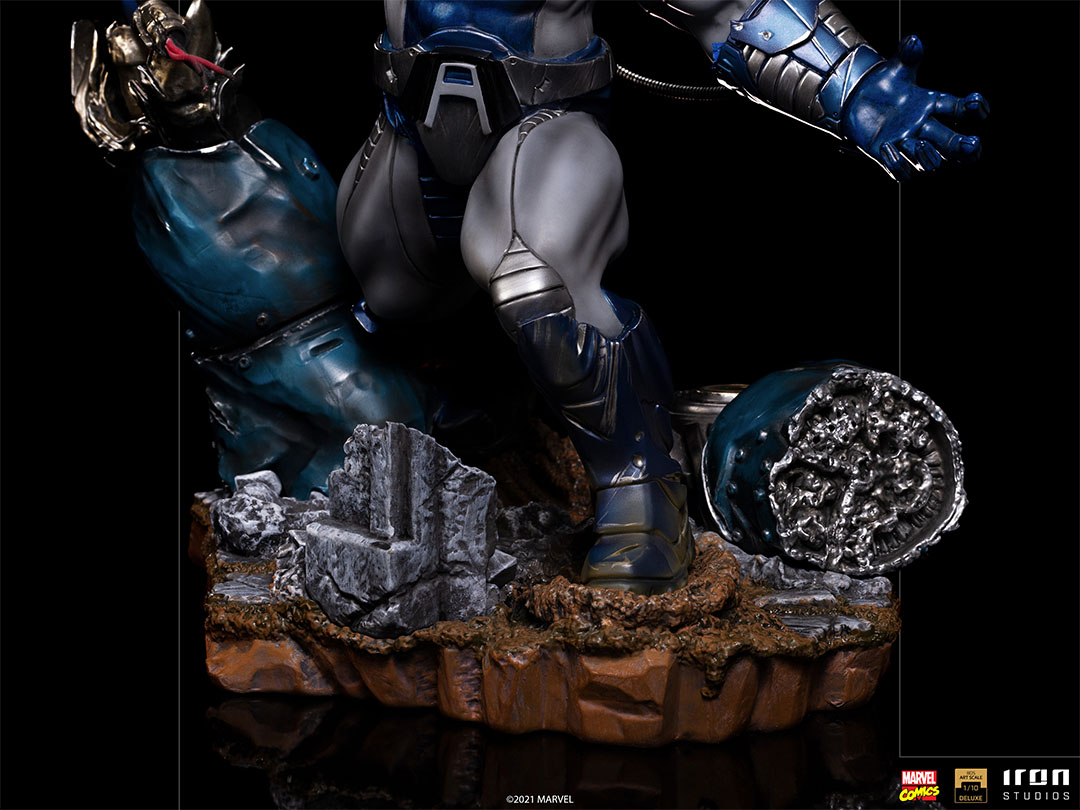 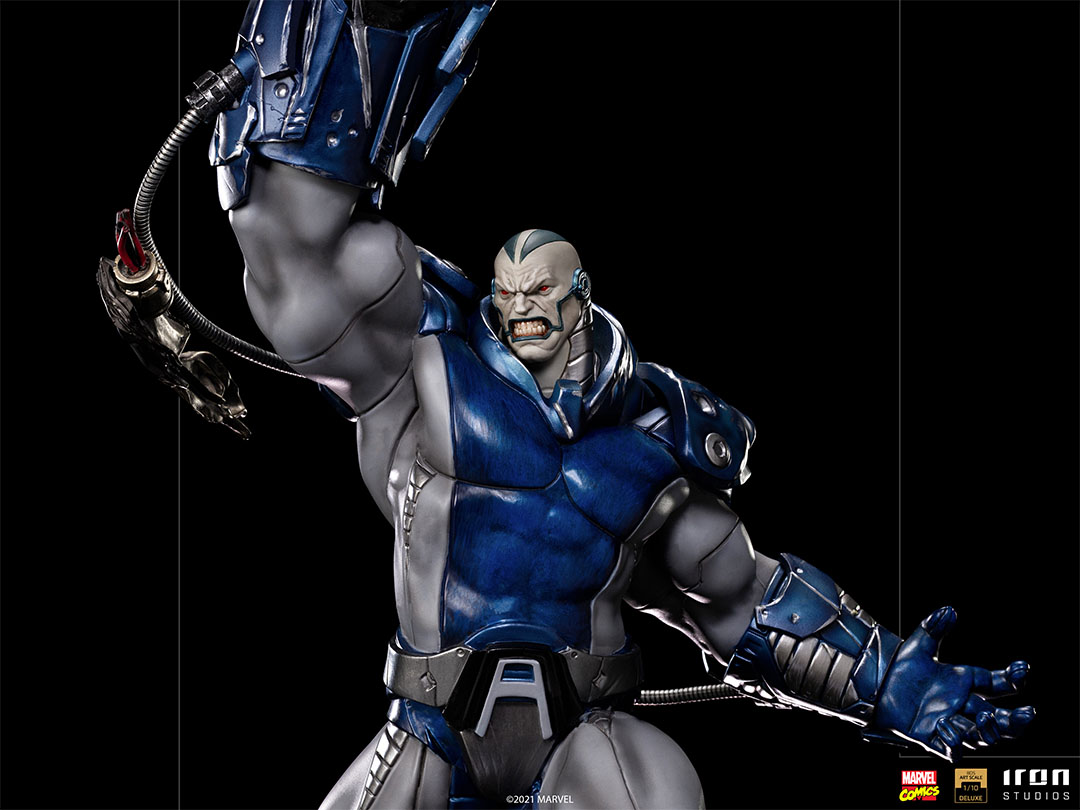 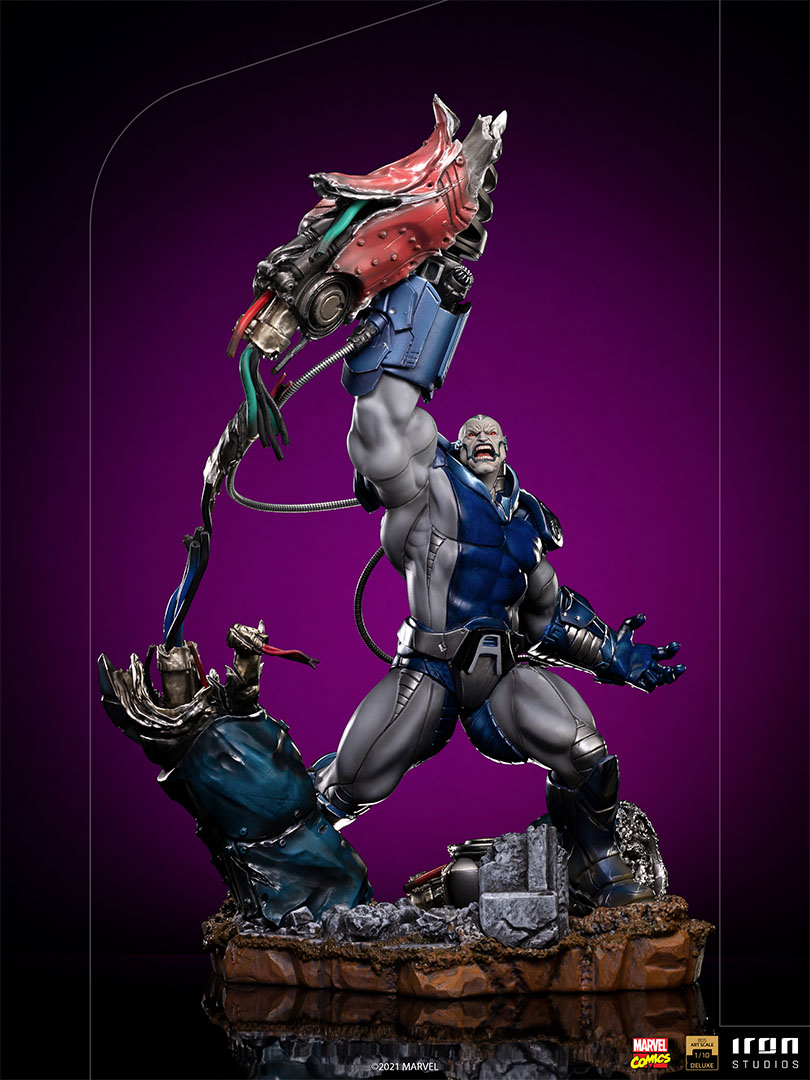 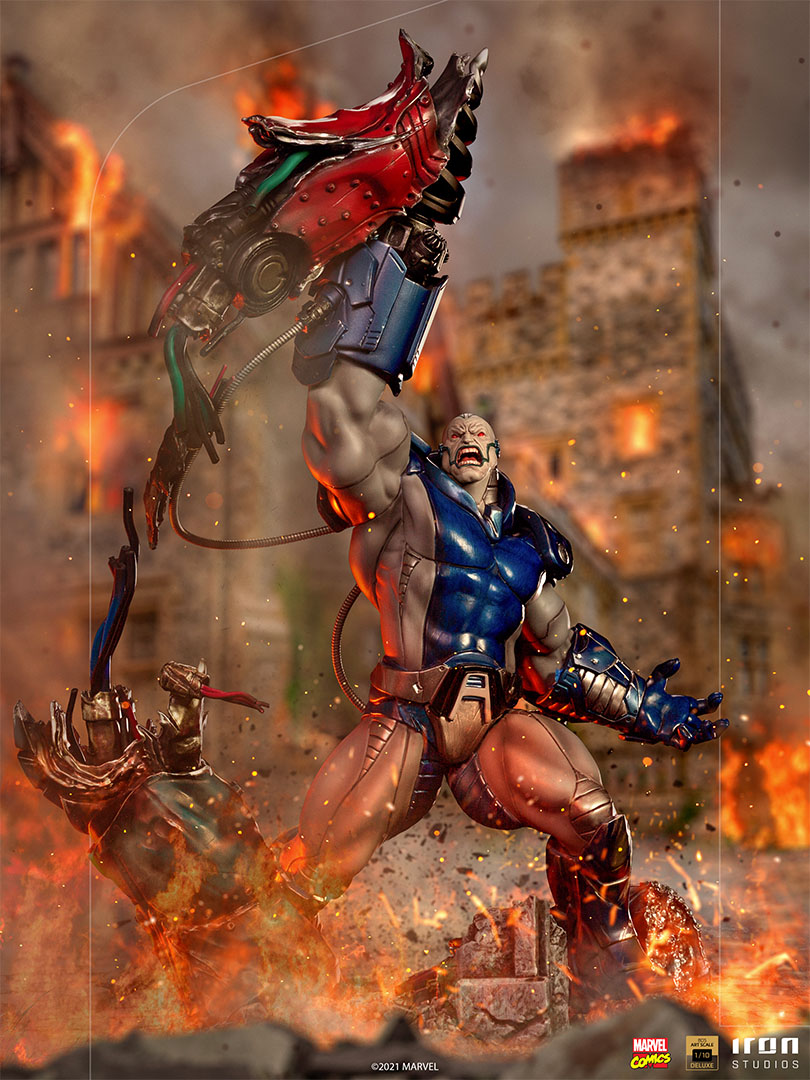 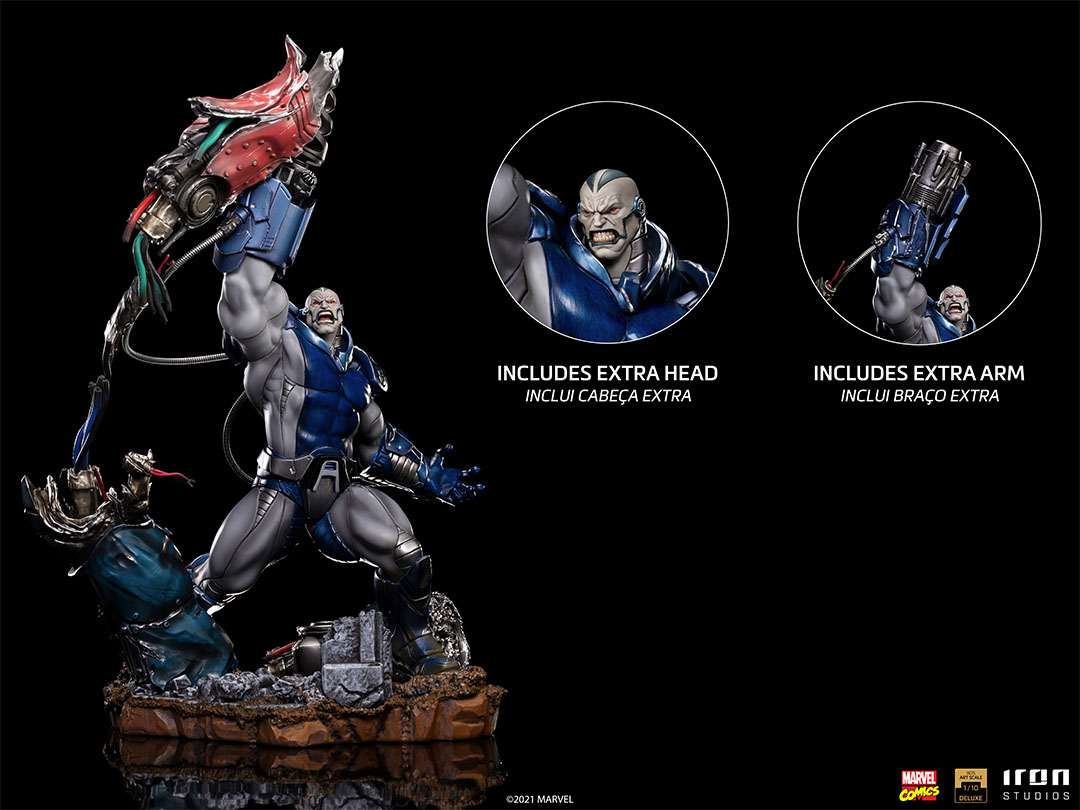 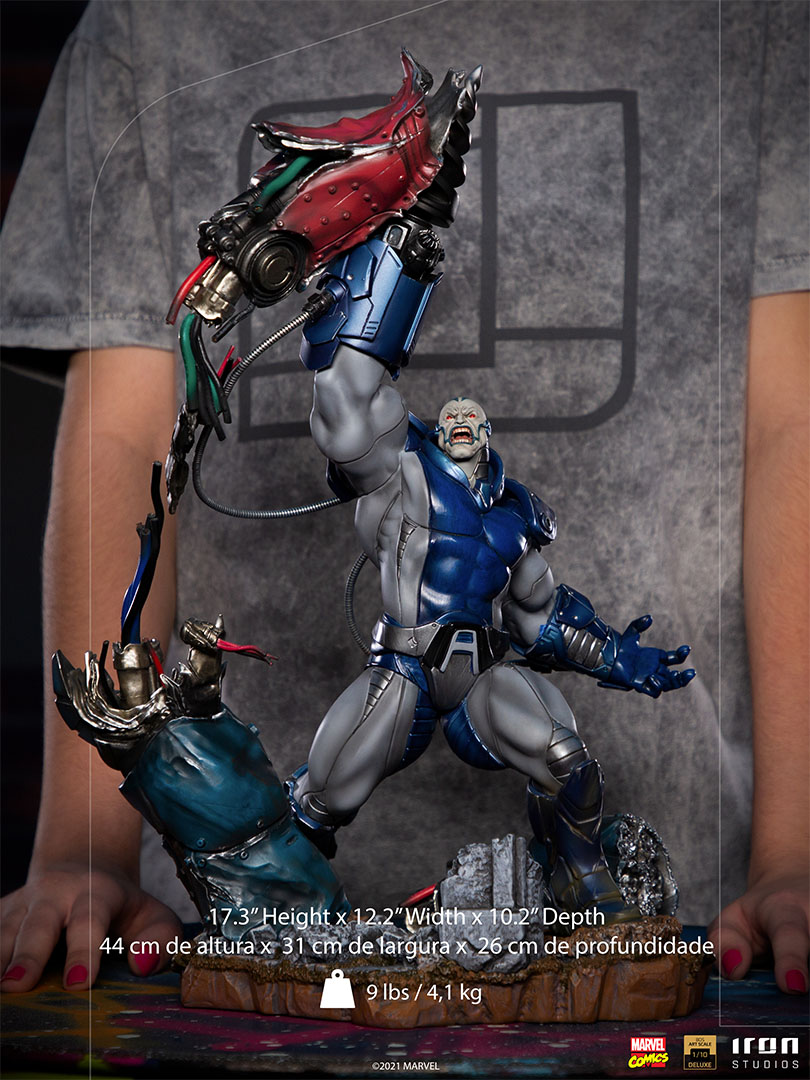 With his massive gray body encased in armor created by the race of cosmic giants called the Celestials, the ancient Egyptian mutant uses his ability to control the molecules of his own body to shape his right fist of a plasma cannon or a large tapered combat drill. Showing all his fury and power, the Eternal Pharaoh, considered the first mutant of humanity, presents himself triumphant over a base full of wreckage and pieces of mechanical parts from the remains of a robotic Sentinel. Part of the X-Men\’s diorama scenario against Magneto, dominating the giant Sentinel robots, and a horde of mutated villains at his side, Iron Studios presents the \”Apocalypse Deluxe – X-Men – BDS Art Scale 1/10\” statue, one of Marvel\’s most powerful mutants.

Born nearly five thousand years ago in ancient Egypt, En Sabah Nur was abandoned by his tribe because of his gray-skinned appearance and blue lines running across his lips and face due to his mutation. Adopted by a group of nomads, he survived, and with his powers of absorption, became a deity, adored by many civilizations, where he was known by many names. Since then, he has evolved, expanding his powers over the centuries, his abilities to control his molecular structure enhanced by the Celestial Armor, an artifact he found on a Celestial transport spacecraft created for an advanced alien race. Transformed and enhanced by technology, En Sabah Nur became one of the most powerful beings in the Marvel universe, immortal, extremely intelligent, and strong, with psionic powers, able to control matter and energy, manipulate the molecular structure of his body, and change his size at will. With the purpose of a genetic war between the mutants, which he considers Homo Superior, and humanity, and to forge and govern a world in his image, he began to call himself the Apocalypse.

Created by Bob Layton, Jackson Guice, and Louise Simonson, and one of the most famous villains of the 1990s, Iron Studios will bring two versions of the statue. The Deluxe model features two heads and two arms, one with the right fist of a plasma cannon and the other with a giant conical drill, destroying robotic parts of a Sentinel, as well as another part of a Sentinel Robot at its base. Already available for Pre-Order. More figures from Marvel\’s mutant universe are coming soon from Iron Studios.