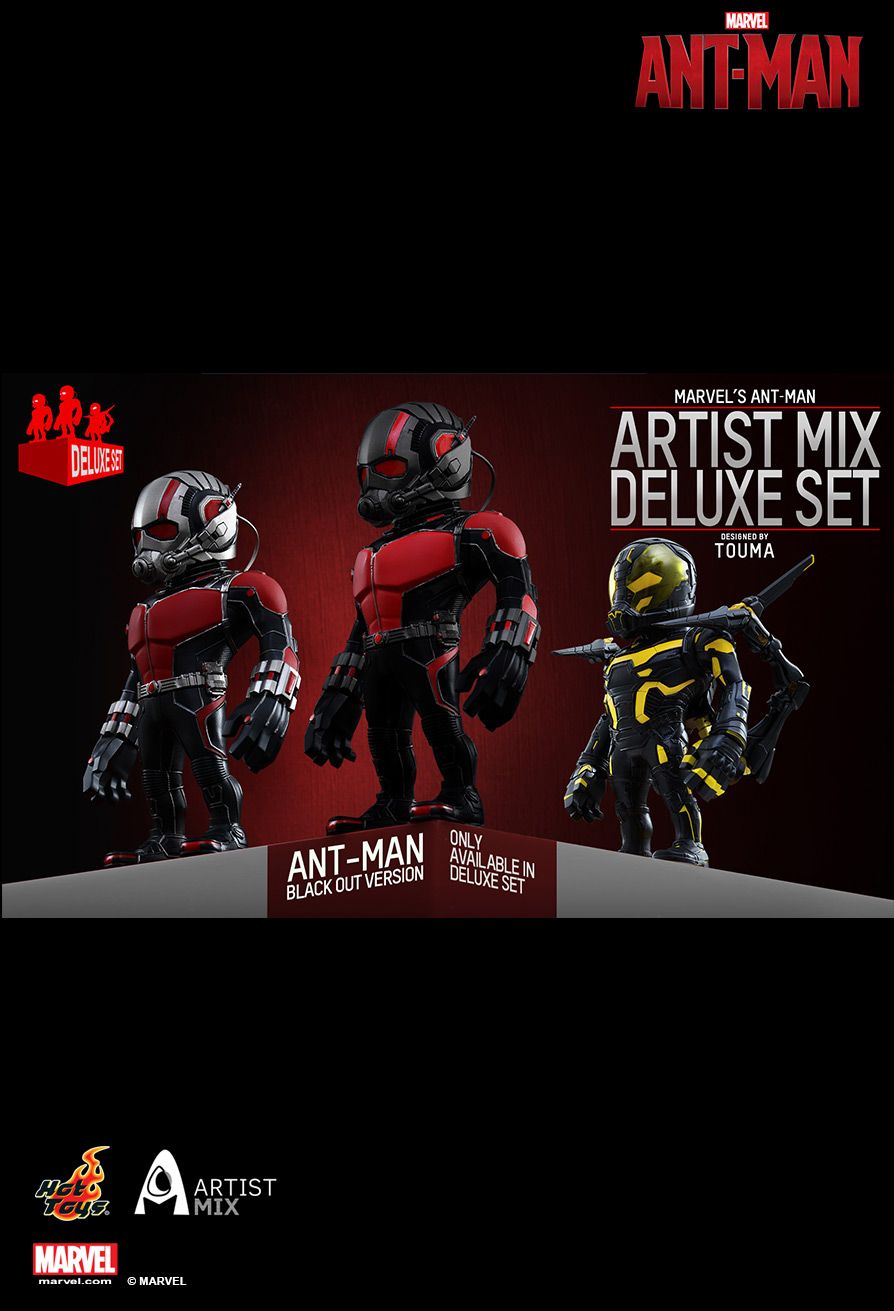 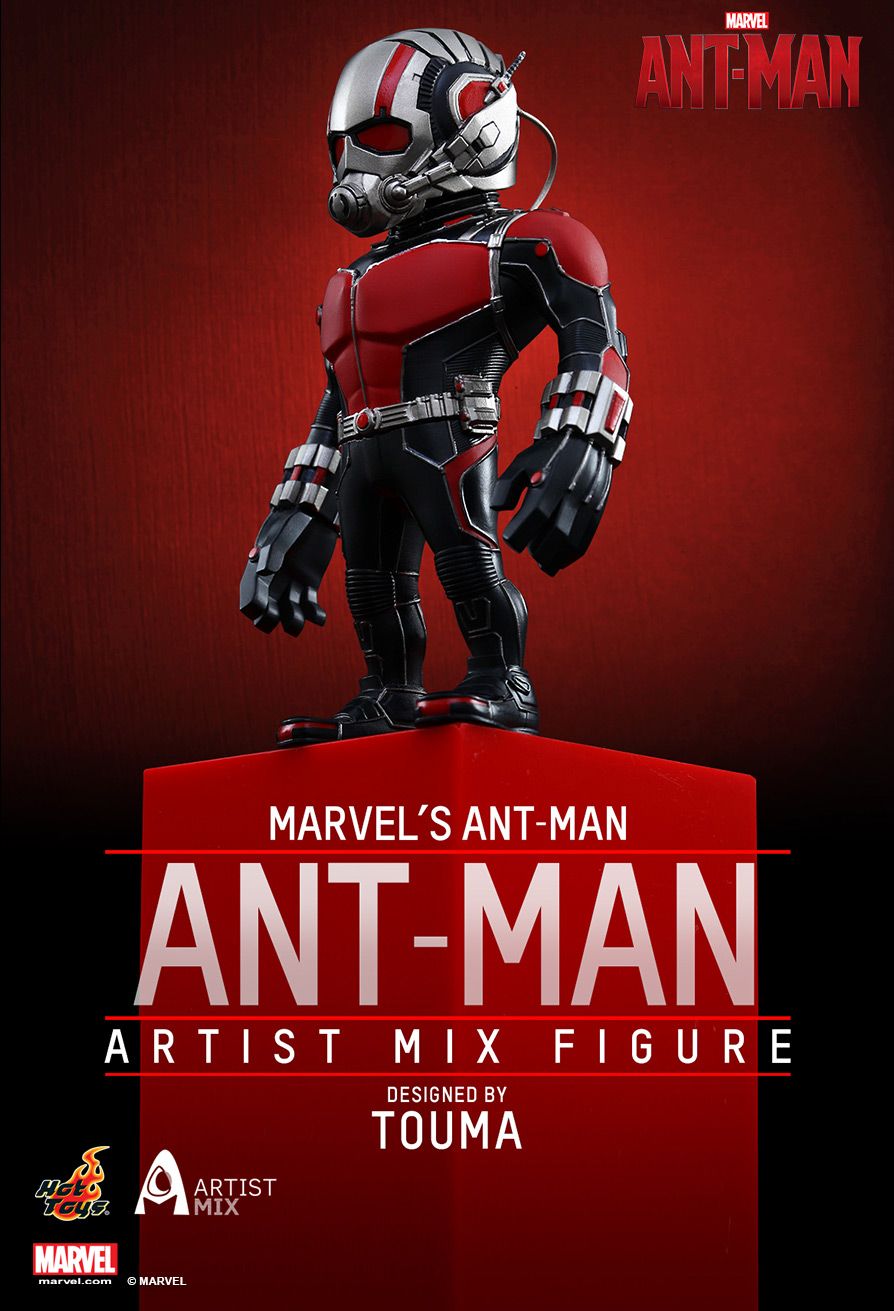 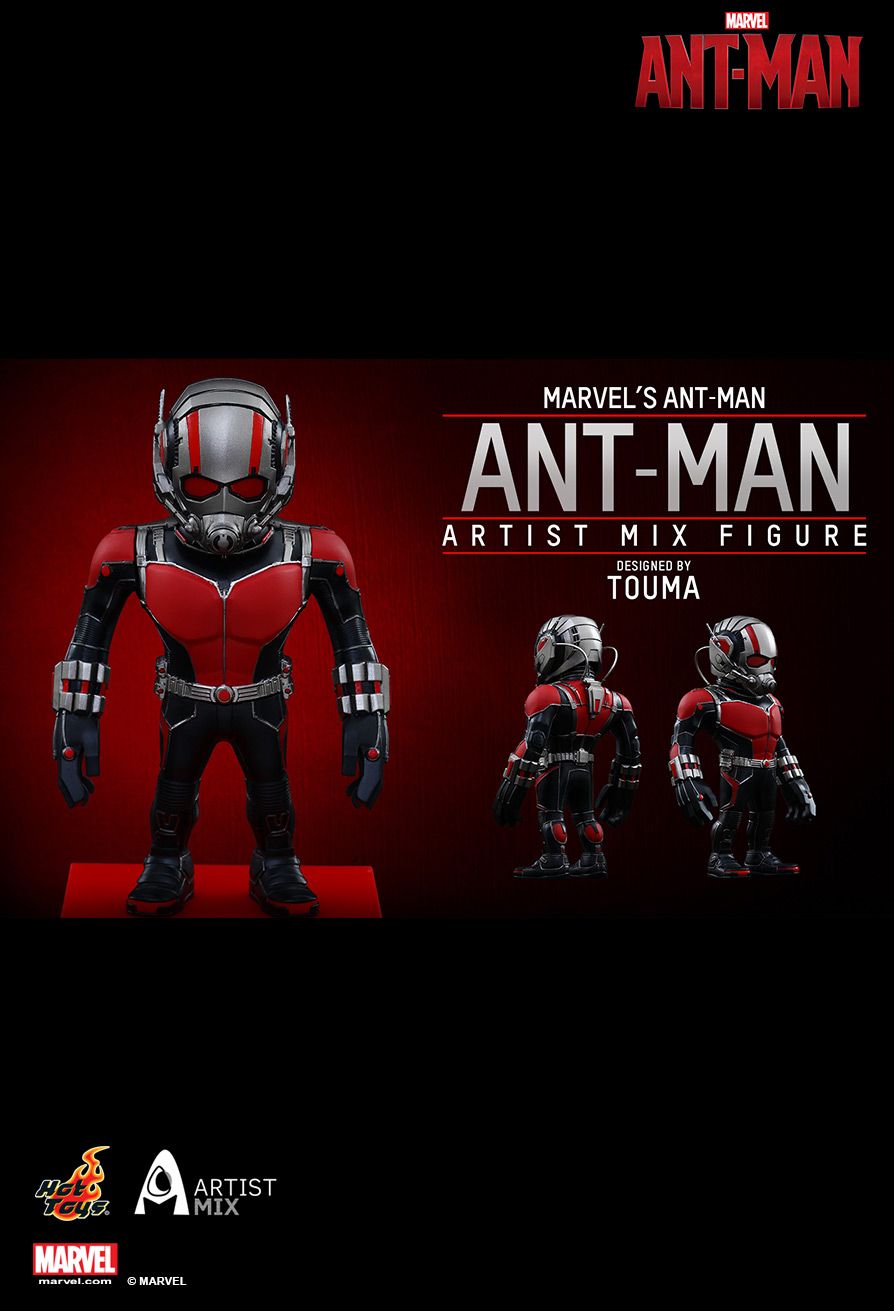 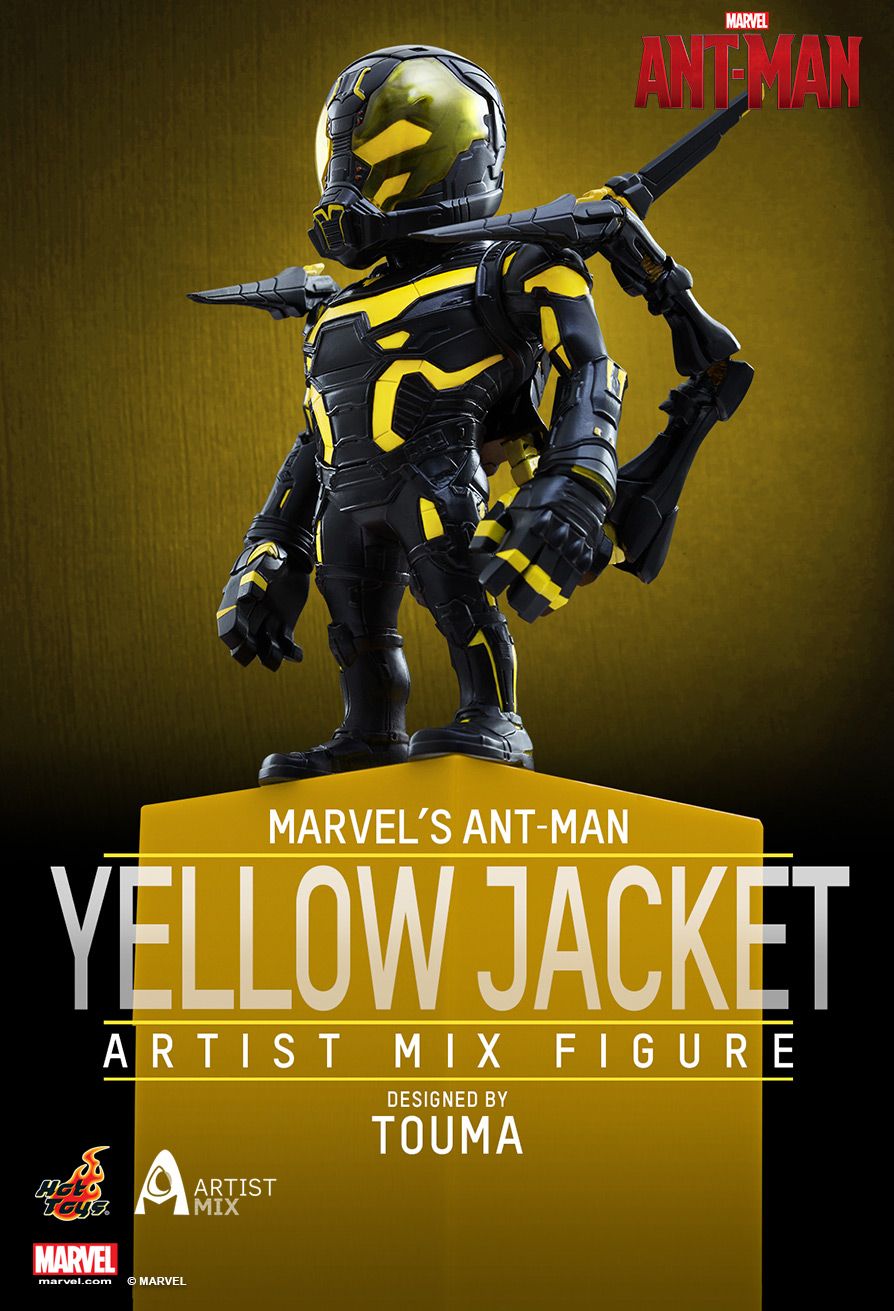 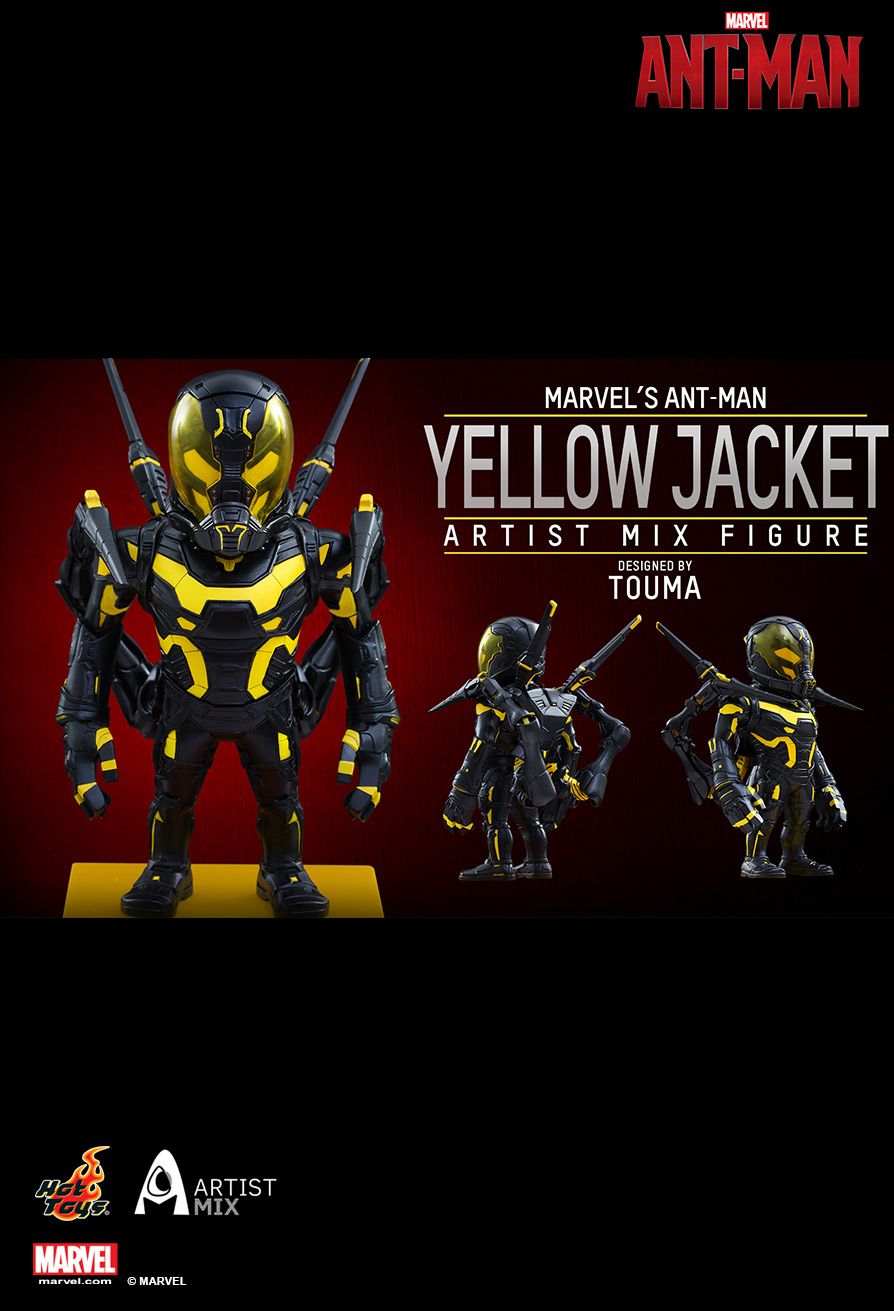 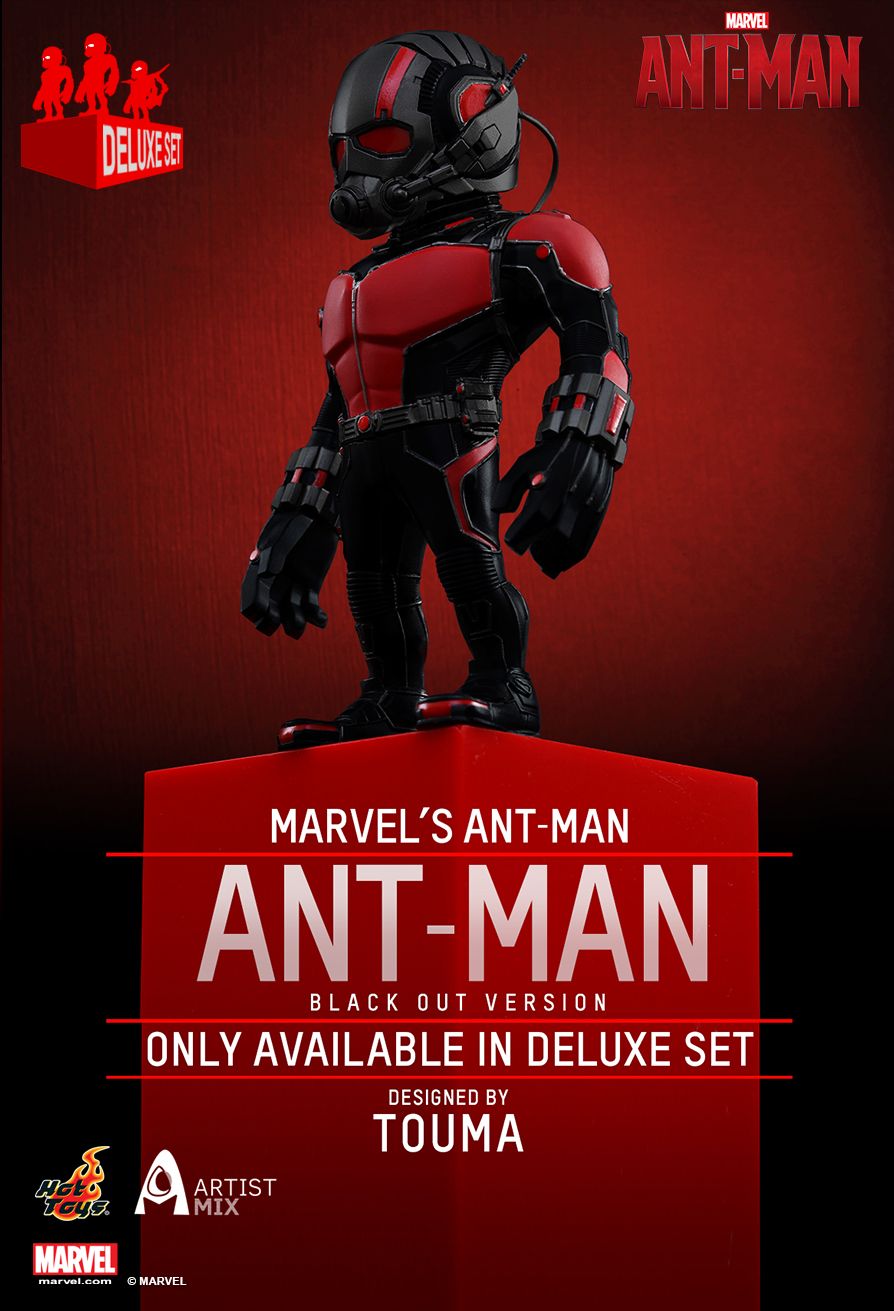 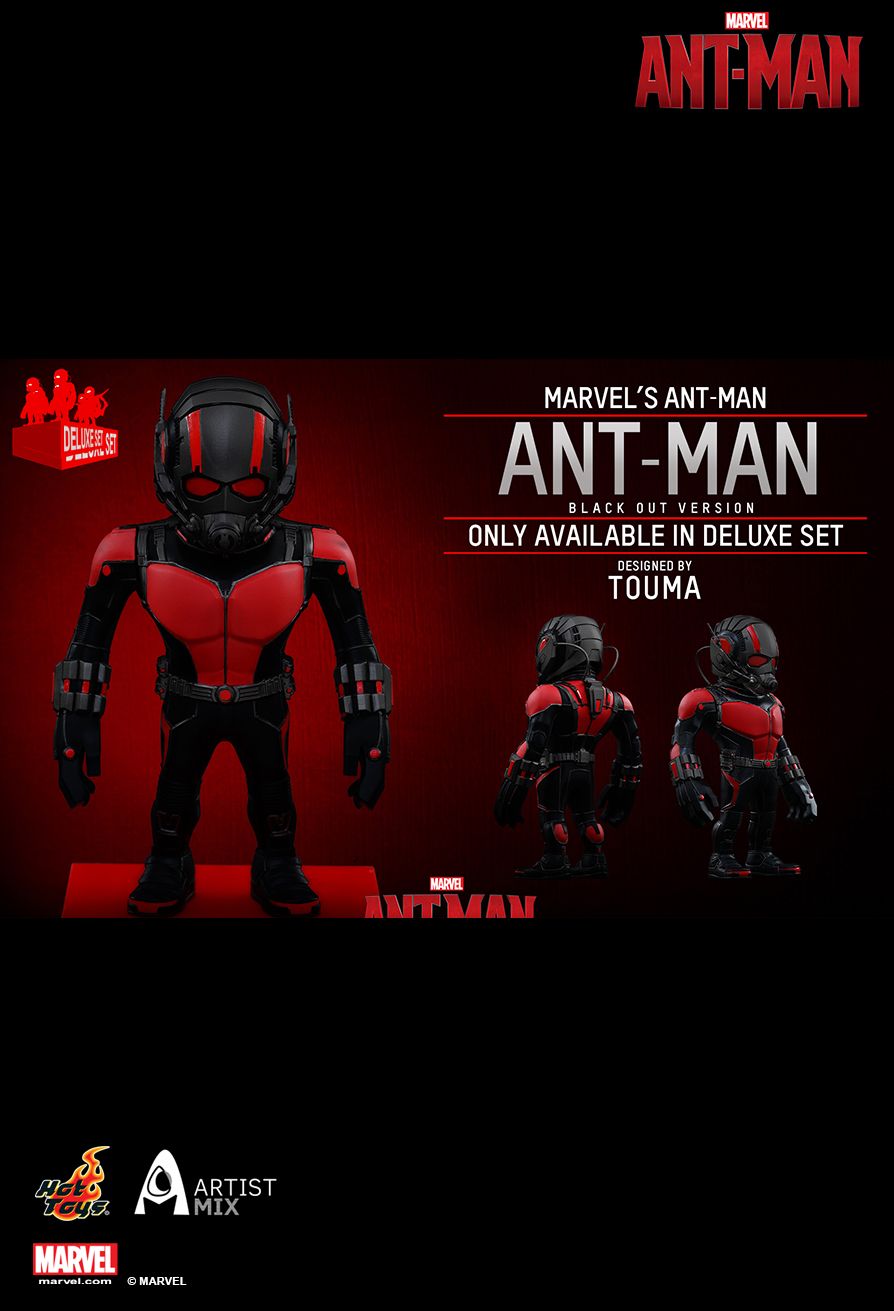 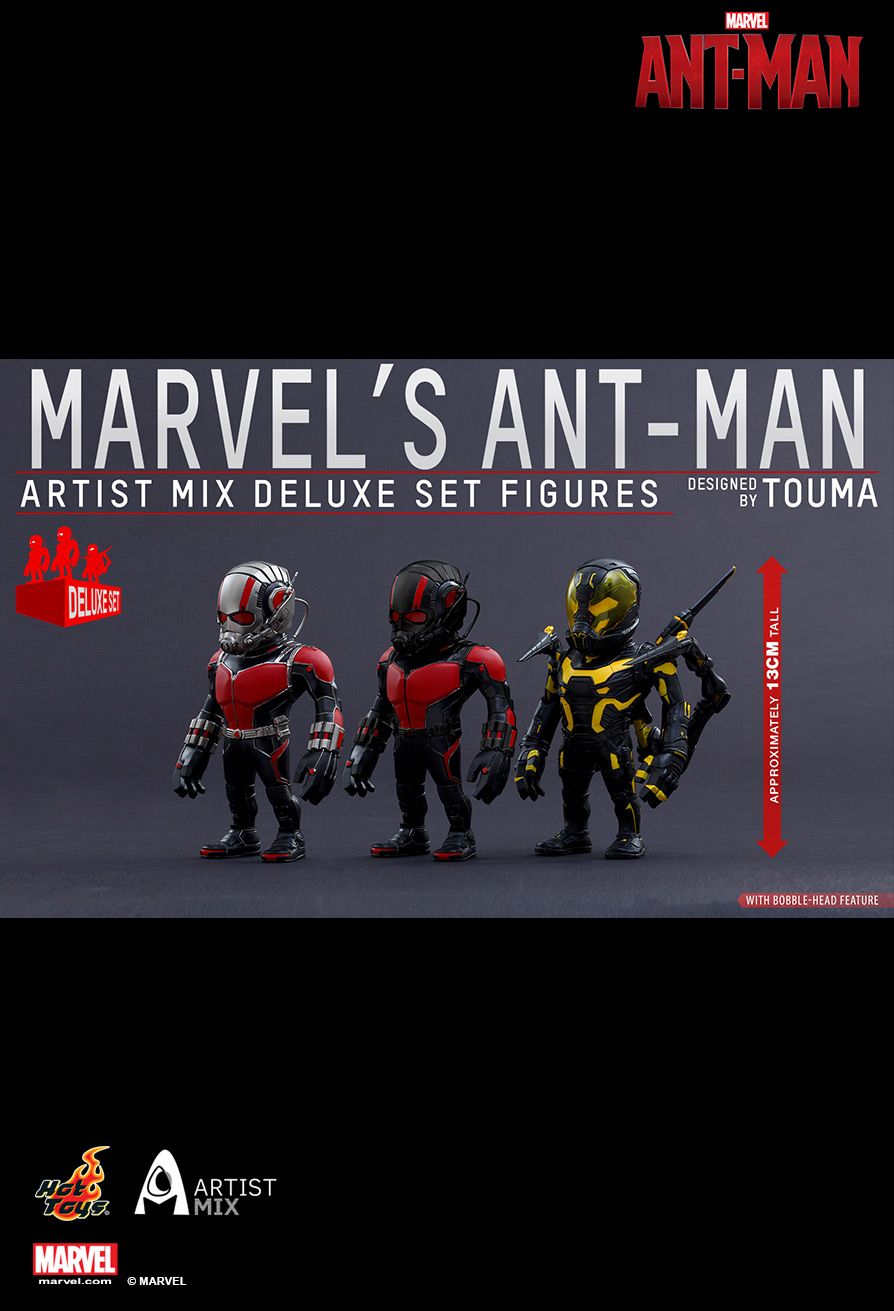 Heroes don't get any bigger.

Marvel Studios is bringing a new superhero with a whole new perspective to theaters this July. In Marvel's Ant-Man, our new hero Scott Lang will be armed with the astonishing ability to shrink in scale but increase in strength, and help his mentor, Dr. Hank Pym, protect the secret behind his spectacular Ant-Man suit from a new generation of towering threats.

However, things turn sour as the ruthless tech mogul Darren Cross learns the secret of the Ant-Man suit and builds a new suit with similar shrinking ability but armed high-power cybernetic weapons for himself. As Yellowjacket, he will destroy anything that deters him from reaching his goal to take modern warfare to a new level.

Hot Toys and Sideshow Collectibles are delighted to reveal the Ant-Man Artist Mix Figure designed by Japanese artist TOUMA from this new film!

The Ant-Man Artist Mix series will include Ant-Man, the villain Yellowjacket, and a deluxe set of 3 that features those two characters plus a special Ant-Man (Black Out Version), only available in the set!

Each Artist Mix figure has a bobble-head and stands approximately 13cm tall. The figures are a perfect combination the movie character's designs with TOUMA's distinctive art style and are a great addition for collectible fans!

Touma (Design)
Touma is a Japanese toys character designer. He started his career at a video game company 10 years ago. In 2001, he established his own workshop and started to become a figurine artist. He had his solo exhibitions and autograph sessions not only in Japan, but also in Taiwan, Hong Kong, Singapore and America. He collaborated with many major brands such as MONSTER HUNTER, STAR WARS, TRANSFORMERS, AVP, GODZILLA, POWER RANGERS, and more. Recently, Touma and his 3D animation partner Shiroma collaborated with Hot Toys to ignite the Artist Mix Collection series to further expand the diversity of mini figures collection. This series is based on the 2015 Marvel Studios blockbuster, Ant-Man, which perfectly blends the iconic characters with Touma's unique design style.