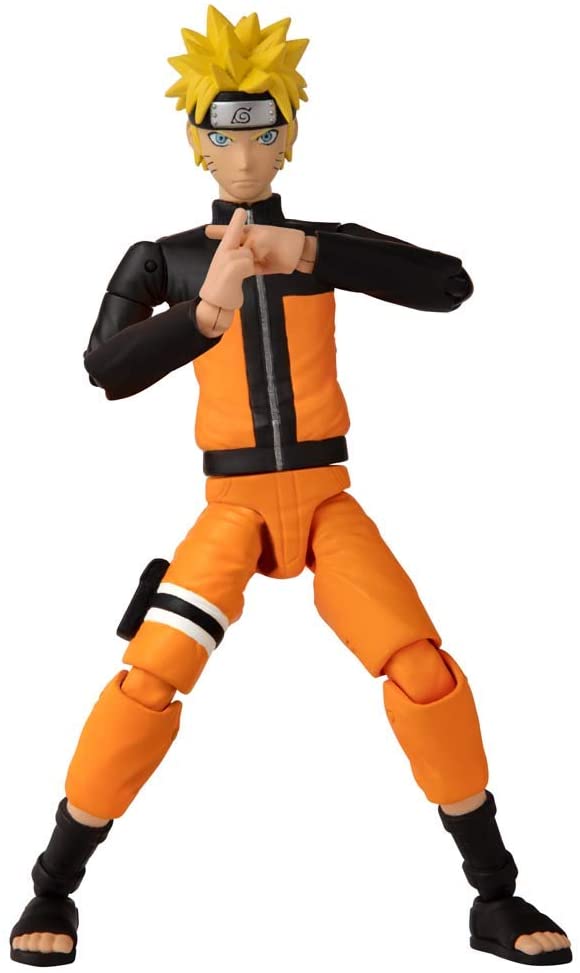 Naruto Uzumaki became the jinchuriki of the Nine-Tails. A fate that caused him to be shunned by most of Leaf Village, but with his never give up attitude and abilities, he eventually becomes adored and the hero of the Leaf Village.

Naruto fans can now imagine the biggest battles and missions with the 6.5-inch Naruto figures that have over 16 points of articulation. Bandai’s Anime Heroes have amazing features and decoration that incorporates the quality and realism anime fans love. Believe it!