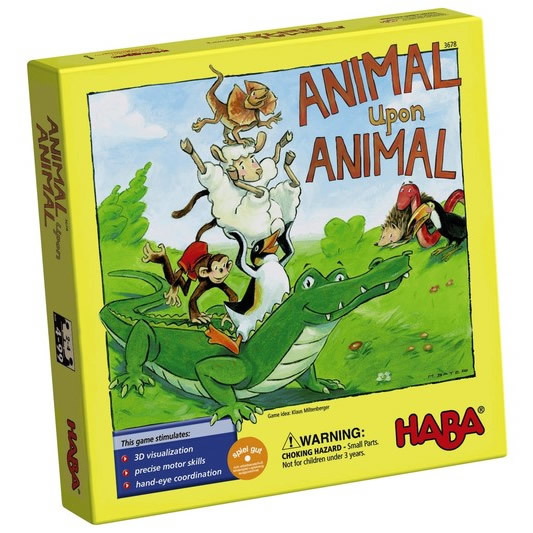 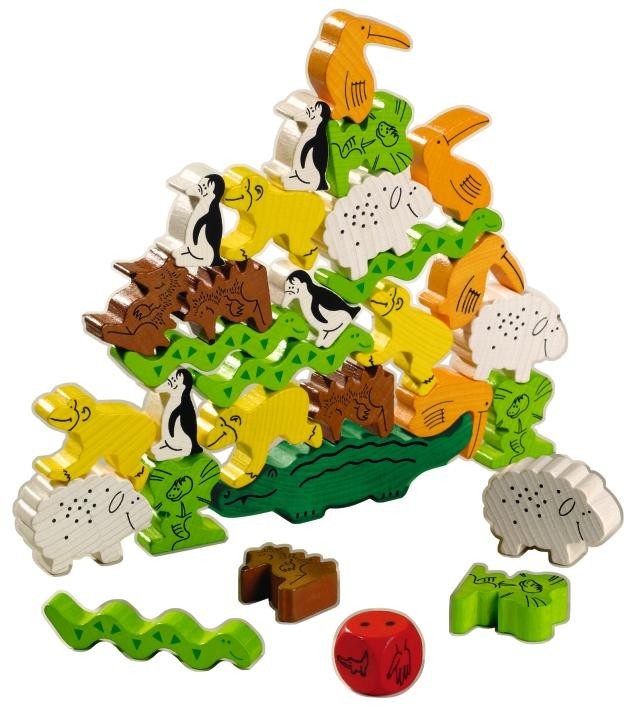 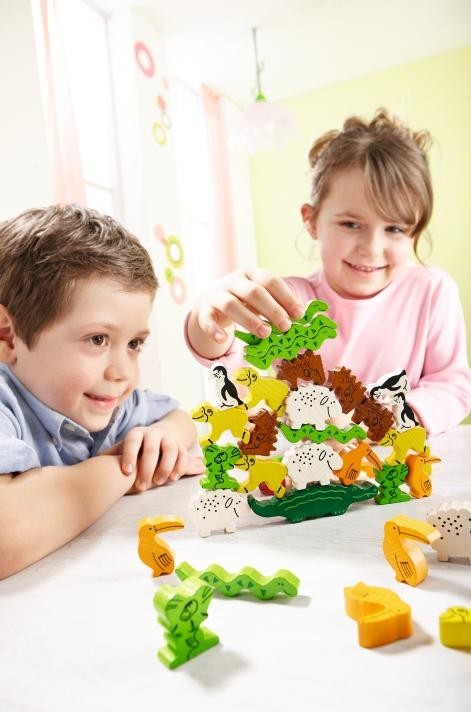 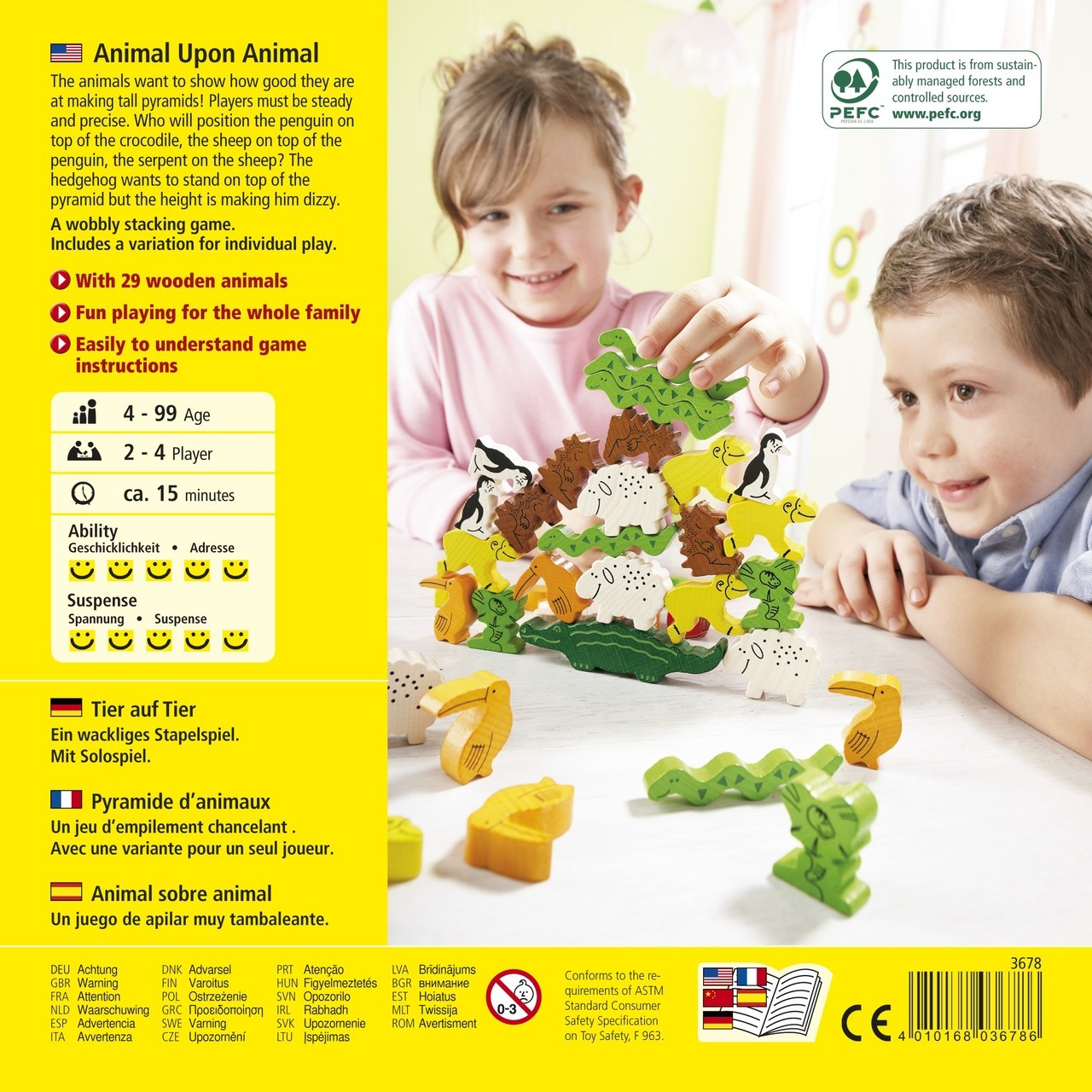 Crocodiles, frilled lizards, sheep, toucans and monkeys, hedgehogs and snakes... you'll never find such a motley mix of animals in any other game. The entertaining stacking game was first released in 2005 and has since sold over 600,000 copies!