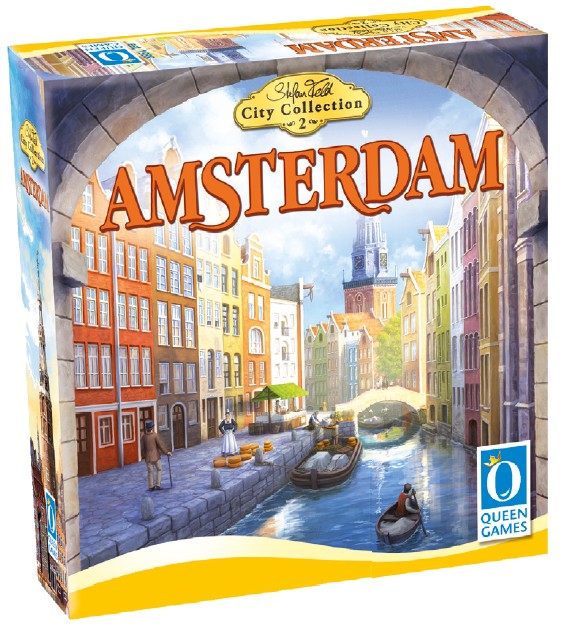 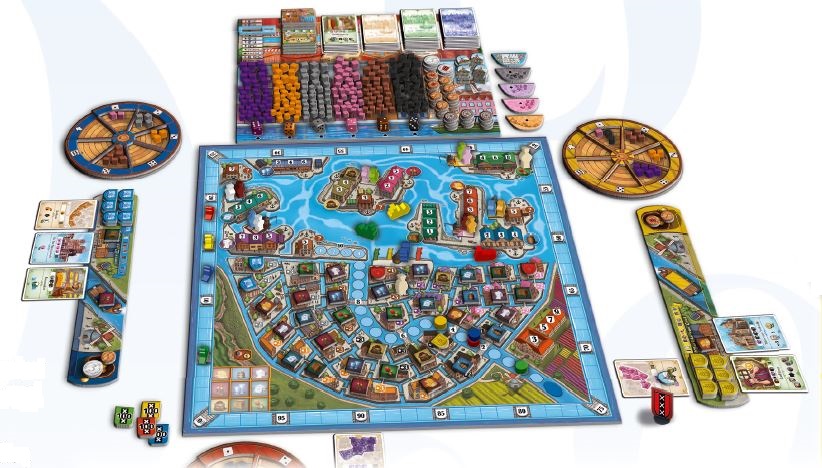 Amsterdam is a reimplementation of Macao with a new setting, improved card balance, and new gameplay elements. It challenges players to build combinations of abilities, as well as to correctly calculate the advantage of delayed gratification for actions.

In the game, players are merchants in Amsterdam near the turn of the 20th century. At the start of the game, two district cards are placed on each of the twelve spaces on the designated board. At the beginning of a round, the next two district cards, as well as two building and two profession cards (each from a deck of 54 of each type) are drawn to form the offer of six cards. Each of these cards has a cost in colored action cubes and grants a new action, special ability, or way to score points. In turn order, each player takes a card from those on offer. Finally, a market card is revealed that allows players to exchange money for victory points on their turn.

Next, the six colored dice are rolled. Each player decides which of the six dice they would like (players may choose the same die), then takes as many action cubes in that color as the number of pips. Players place their new action cubes on their rotatable windrose as many spaces in the future as the number on the dice. Finally, the wheel is spun, so that players gain access to all cubes that were located on the 1 space of their windrose.

Action cubes are used to purchase cards that a player has taken, claim one of the nine types of goods around the city of Amsterdam, and ferry goods or workers through canals to warehouses. Players earn points for delivering their goods, as well as for bonuses on cards they purchase, and the player with the most points at the end of the twelfth round wins.