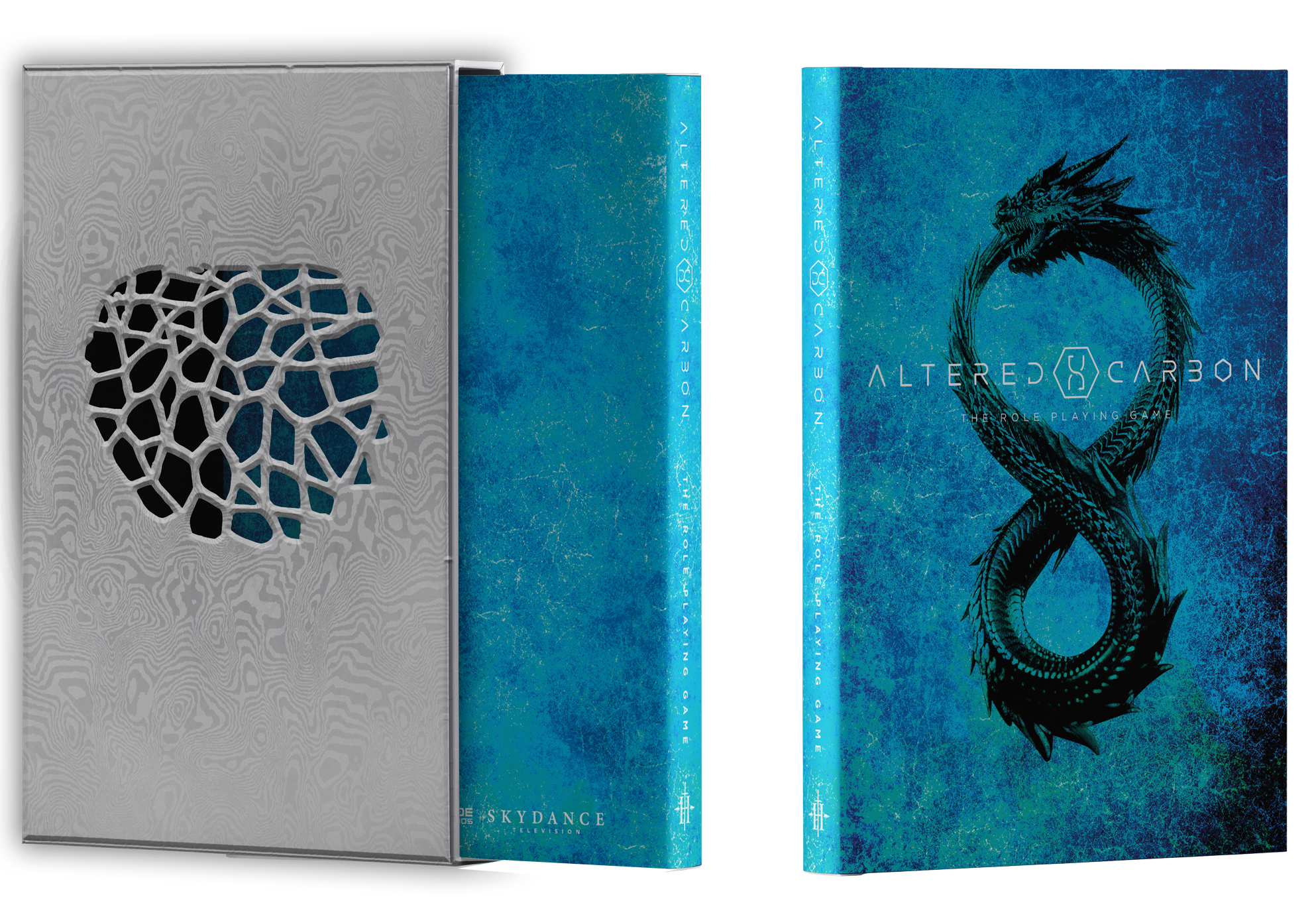 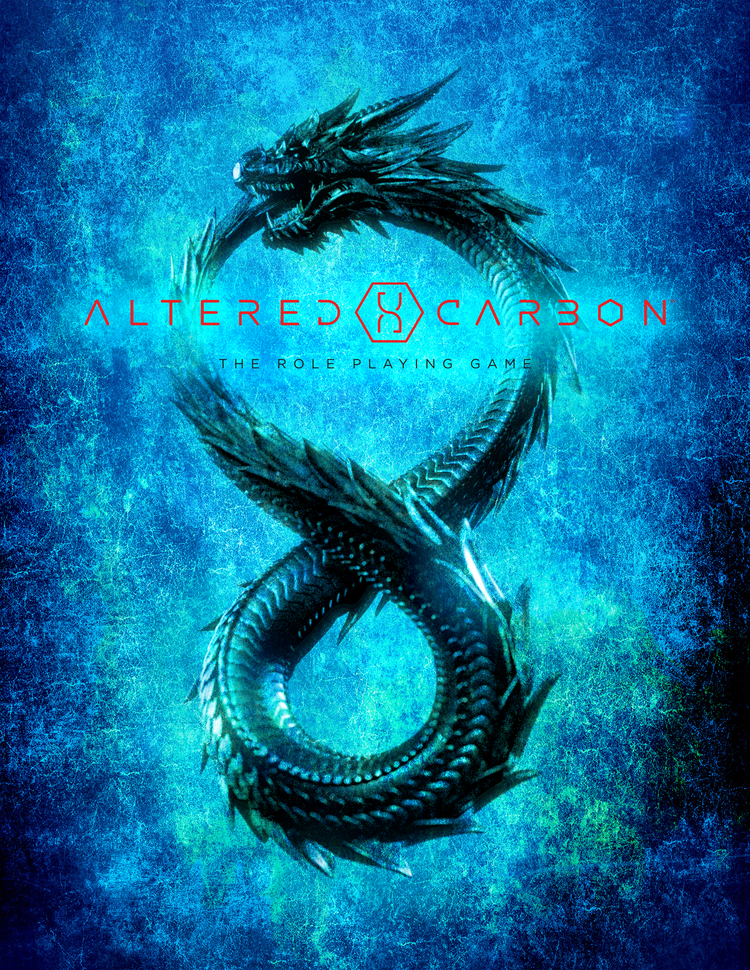 In this transhumanist neo-noir vision of the future, the human mind is nothing more than digital code -Digital Human Freight - saved and stored in a Cortical Stack, advanced technology that allows you to "re-sleeve" your entire consciousness into a new body.

In the Official Altered Carbon Role Playing Game, wear any body you can afford, transmit your mind across the cosmos in an instant, and, if you've got the credits and political cachet, you can re-sleeve time and again for centuries, accumulating enough wealth and power over the millennia to become the societal equivalent of an immortal god.

With the prize of immortality at your fingers, the question is, what price will you pay? What stories will you tell?