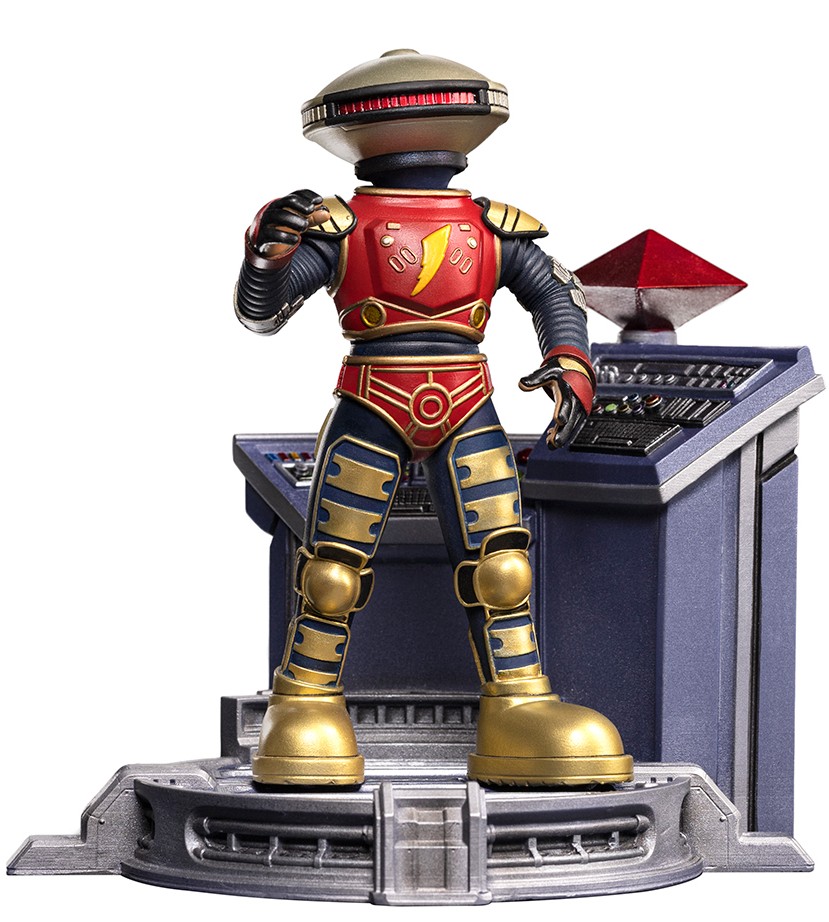 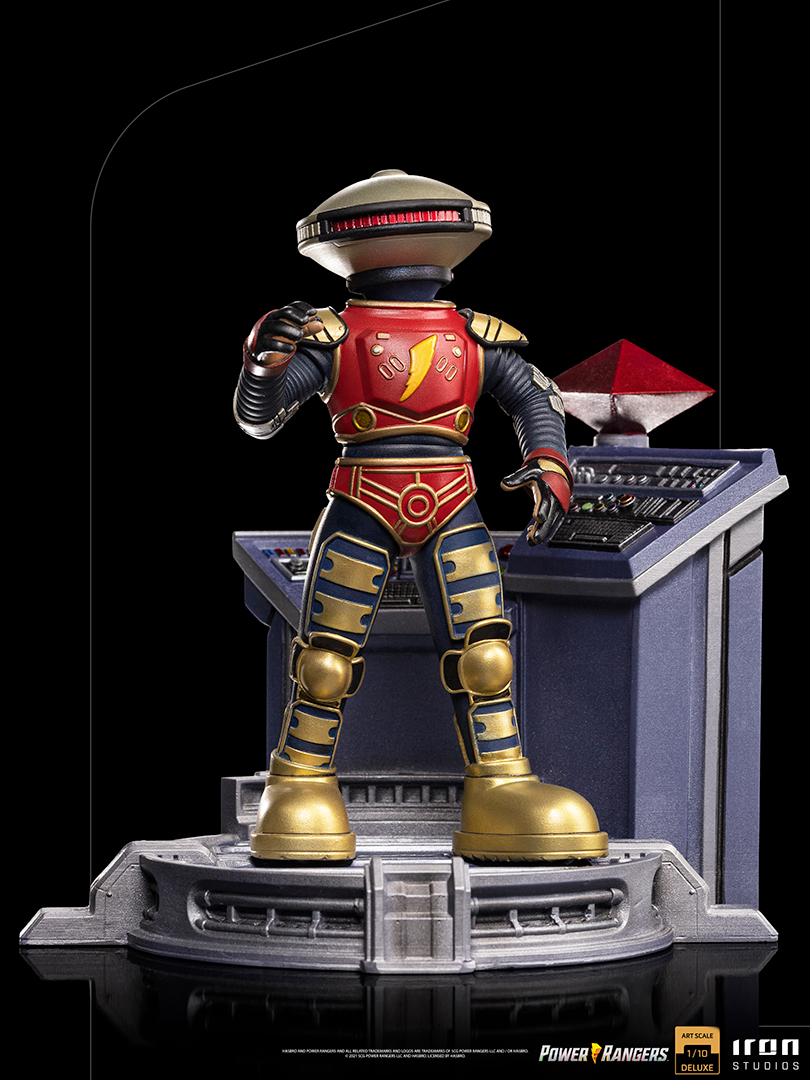 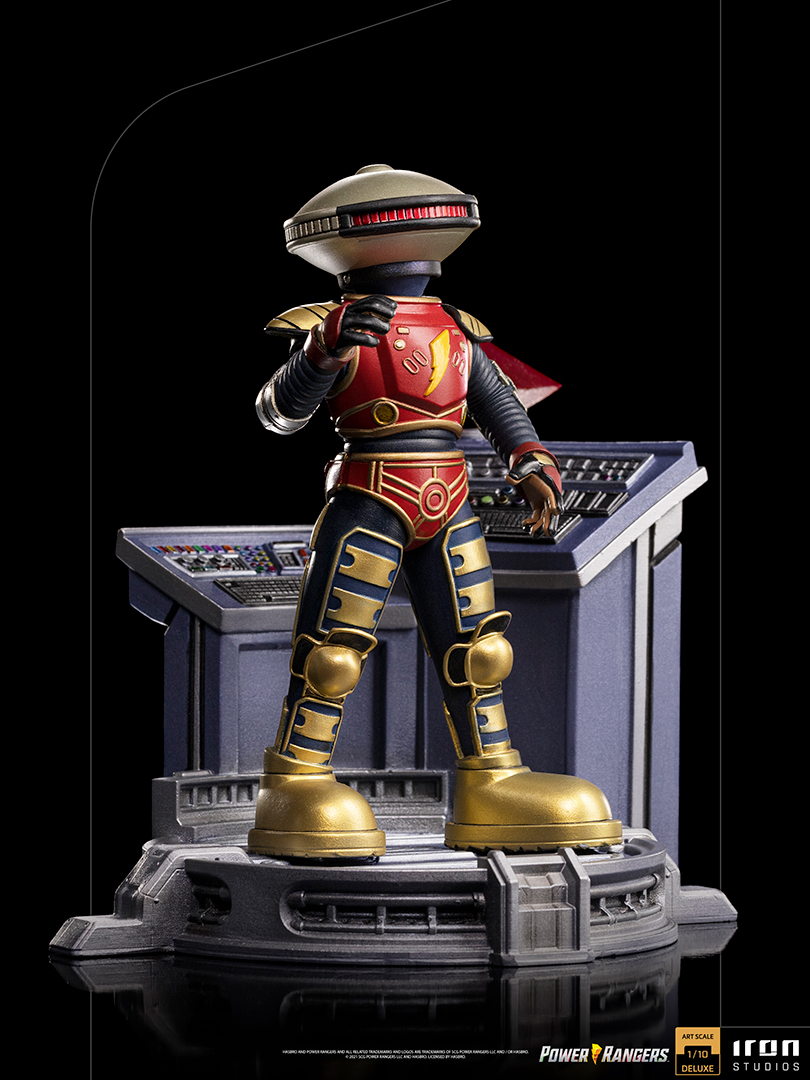 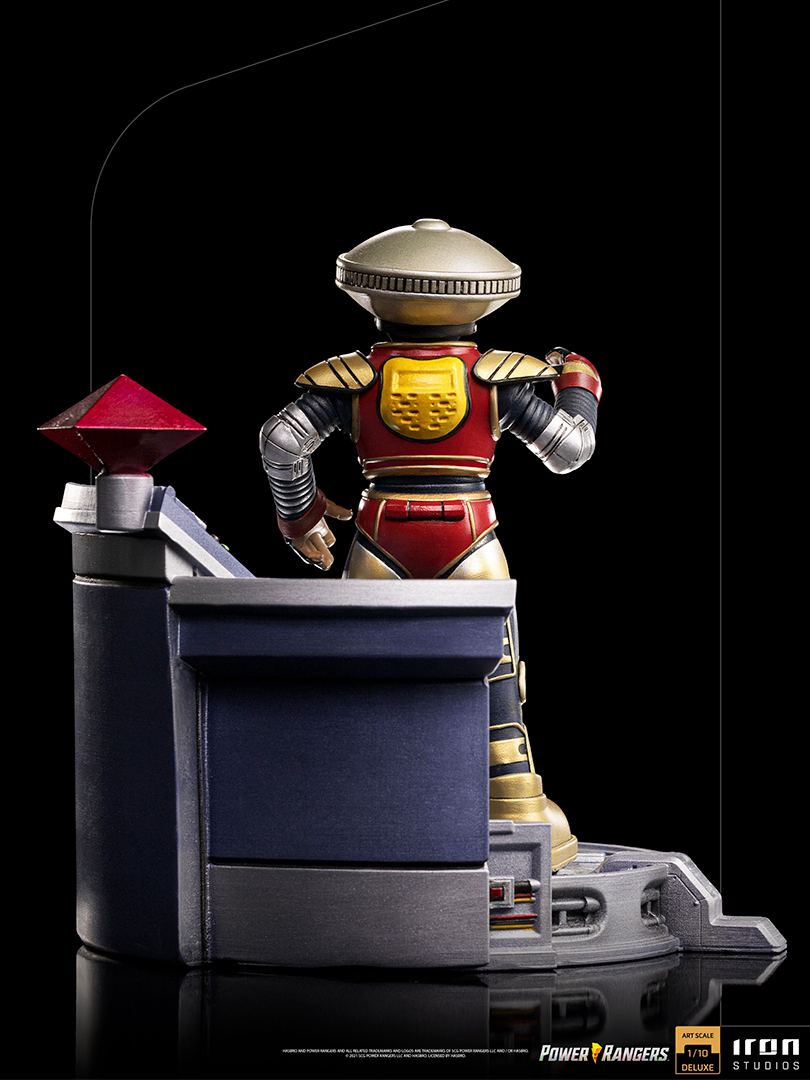 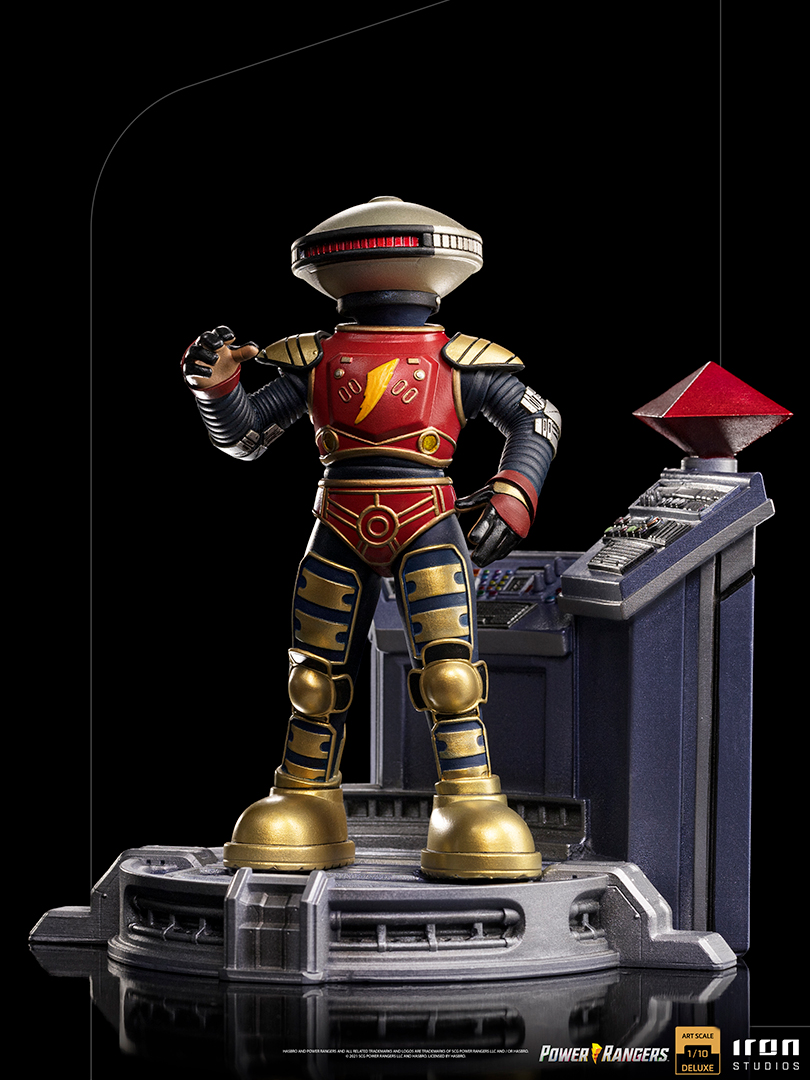 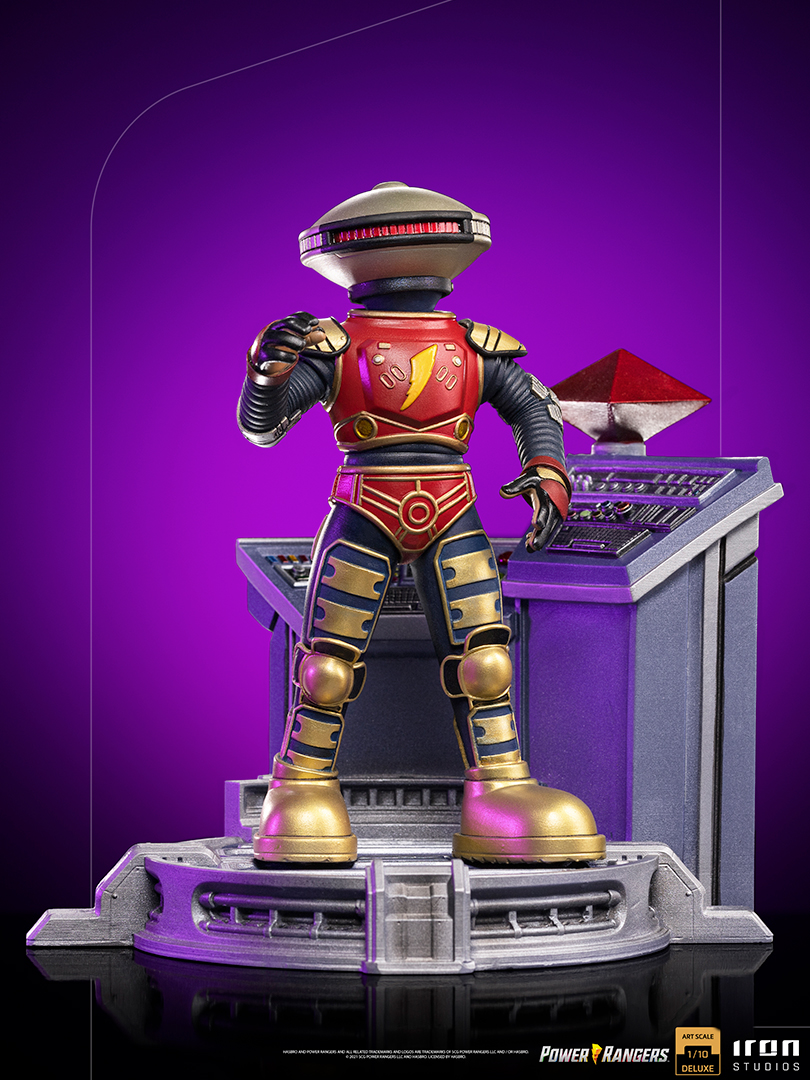 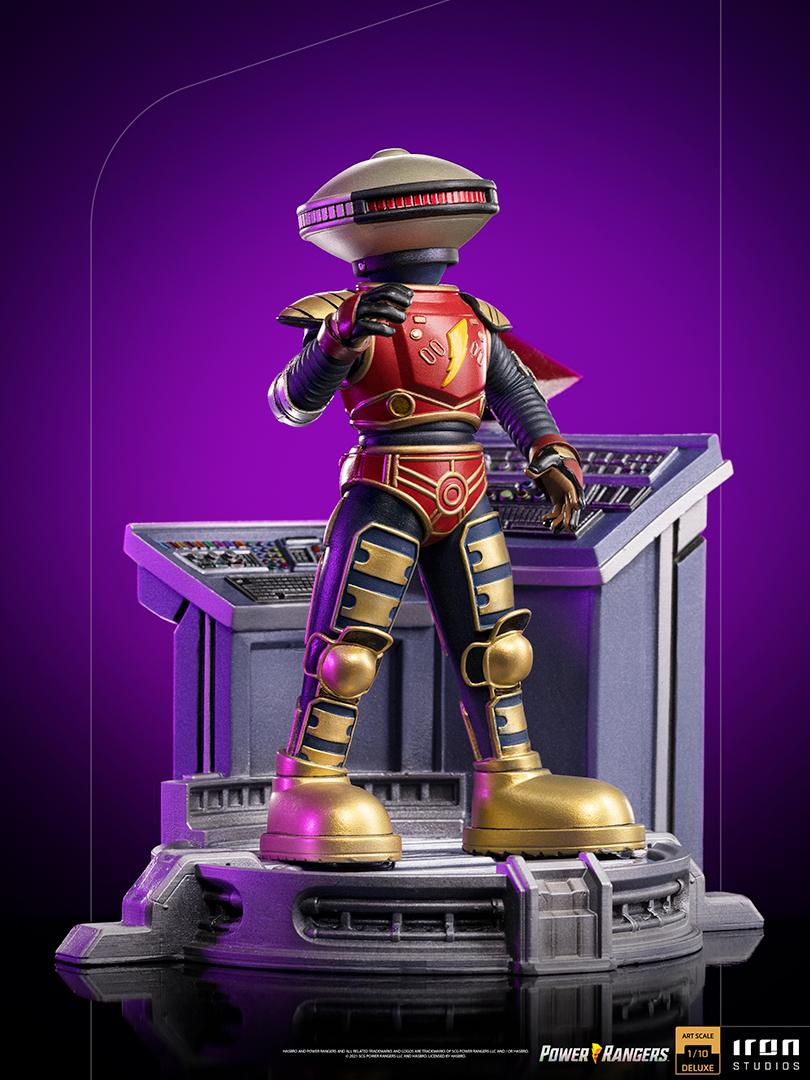 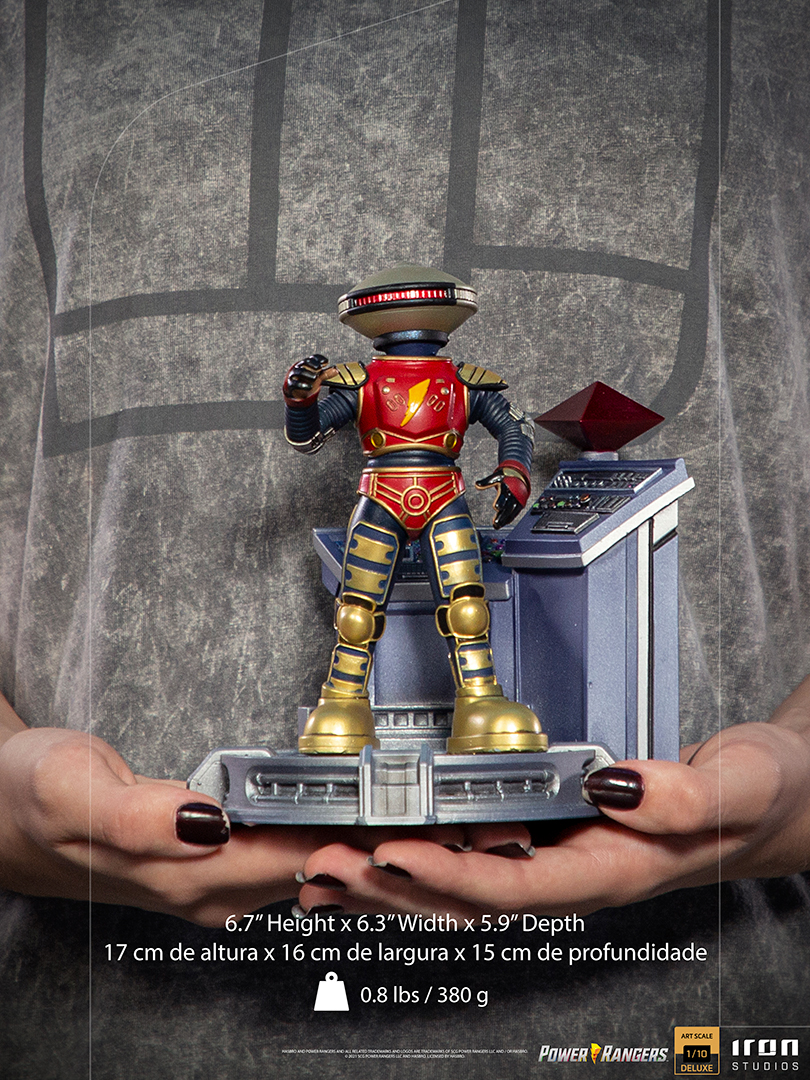 In a secret base of operations known as Command Center in the desert of California, a small sentient multifunctional robot, with a black body covered by a detailed red and golden armor, with a disk-shaped head and a red stripe for eyes, acts as the assistant for the wise wizard Zordon and for the group of heroes known as Power Rangers. Although he is a robot, he has many emotions which makes him almost human, and in the most stressful situations he always expresses his panic or euphoria shouting repeatedly “YI” several times. Expanding their collection even further for the loved series Mighty Morphin Power Rangers and responding to the request of many fans and collectors, Iron Studios bring the statue “Alpha 5 Deluxe - Mighty Morphin Power Rangers - Art Scale 1/10”, with the kind assistant and robot mentor of the Rangers on a pedestal of the heroes’ Command Center next to a control panel.