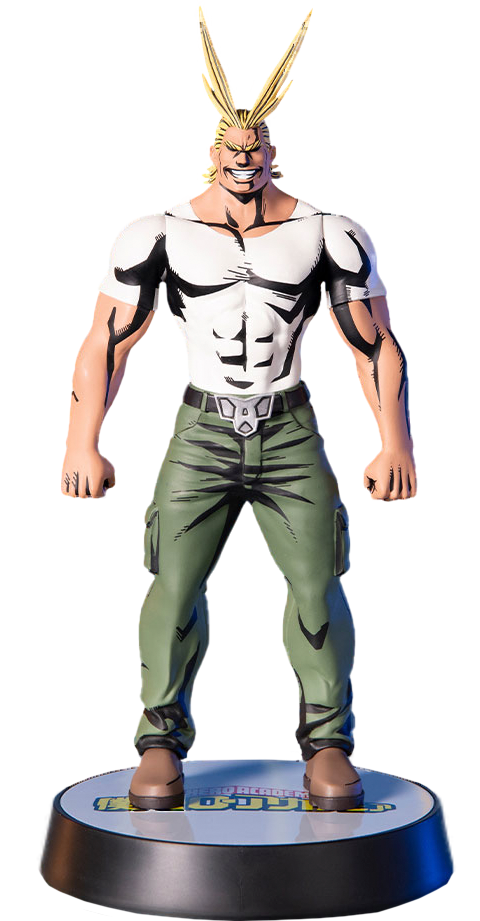 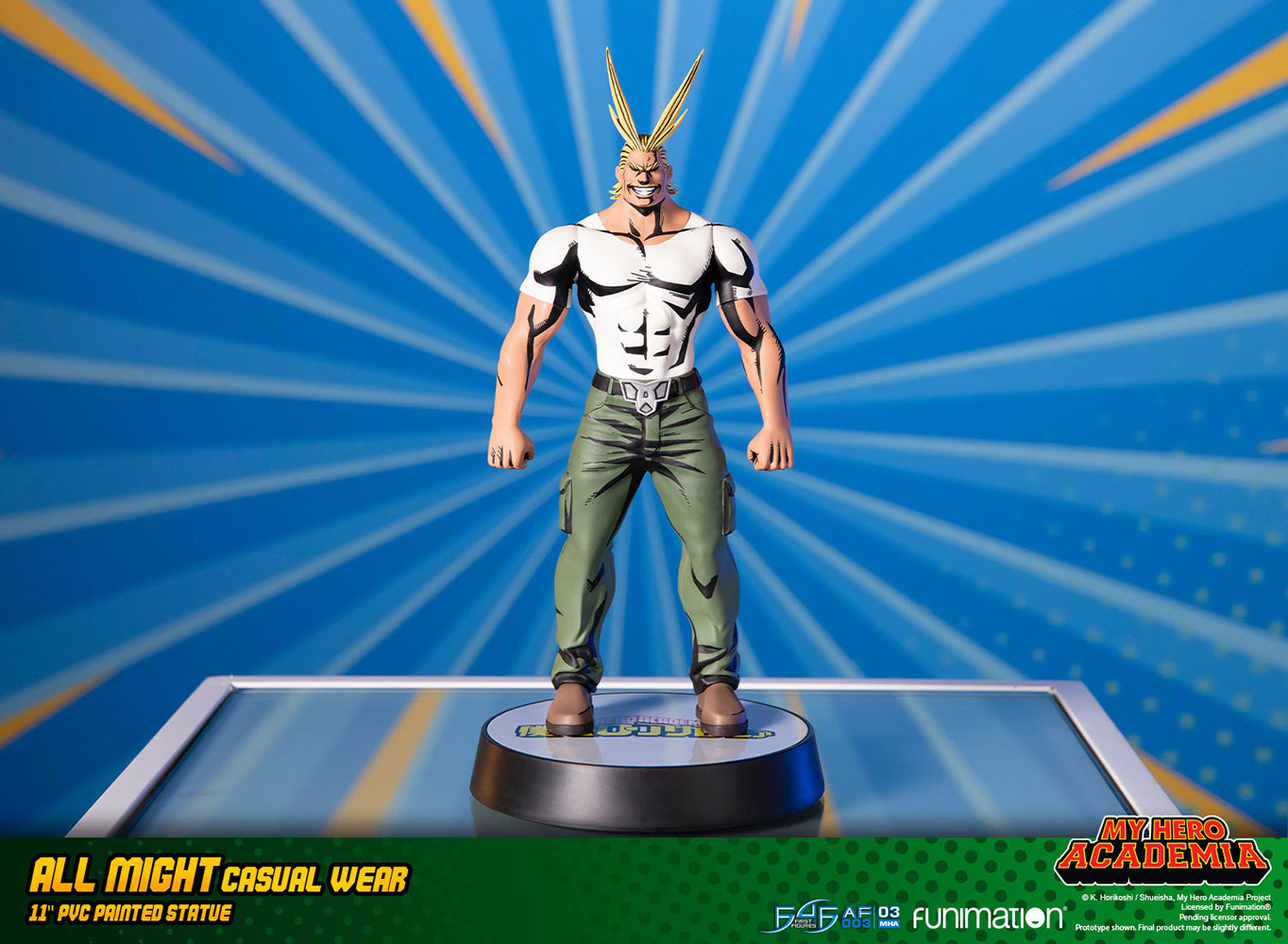 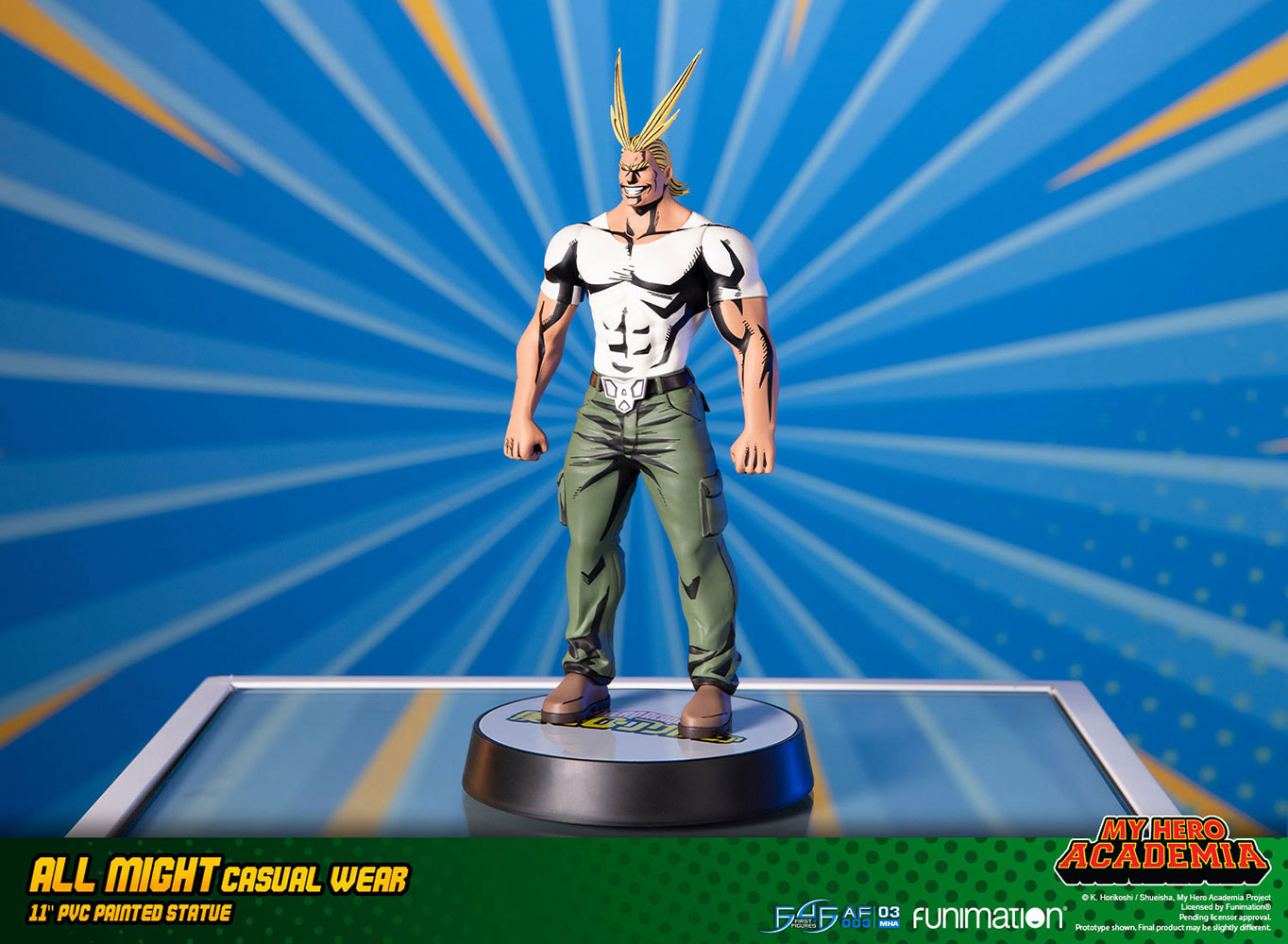 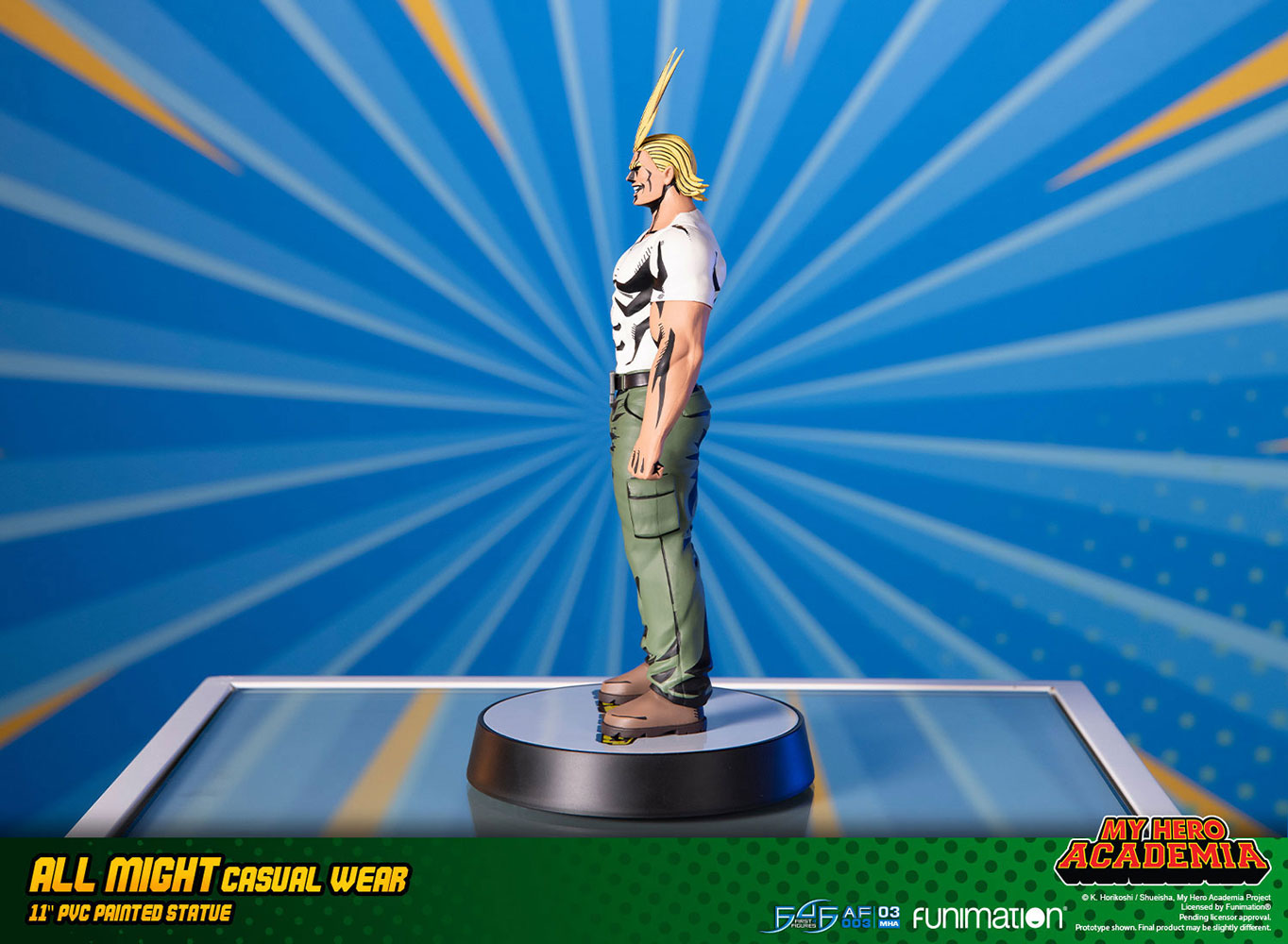 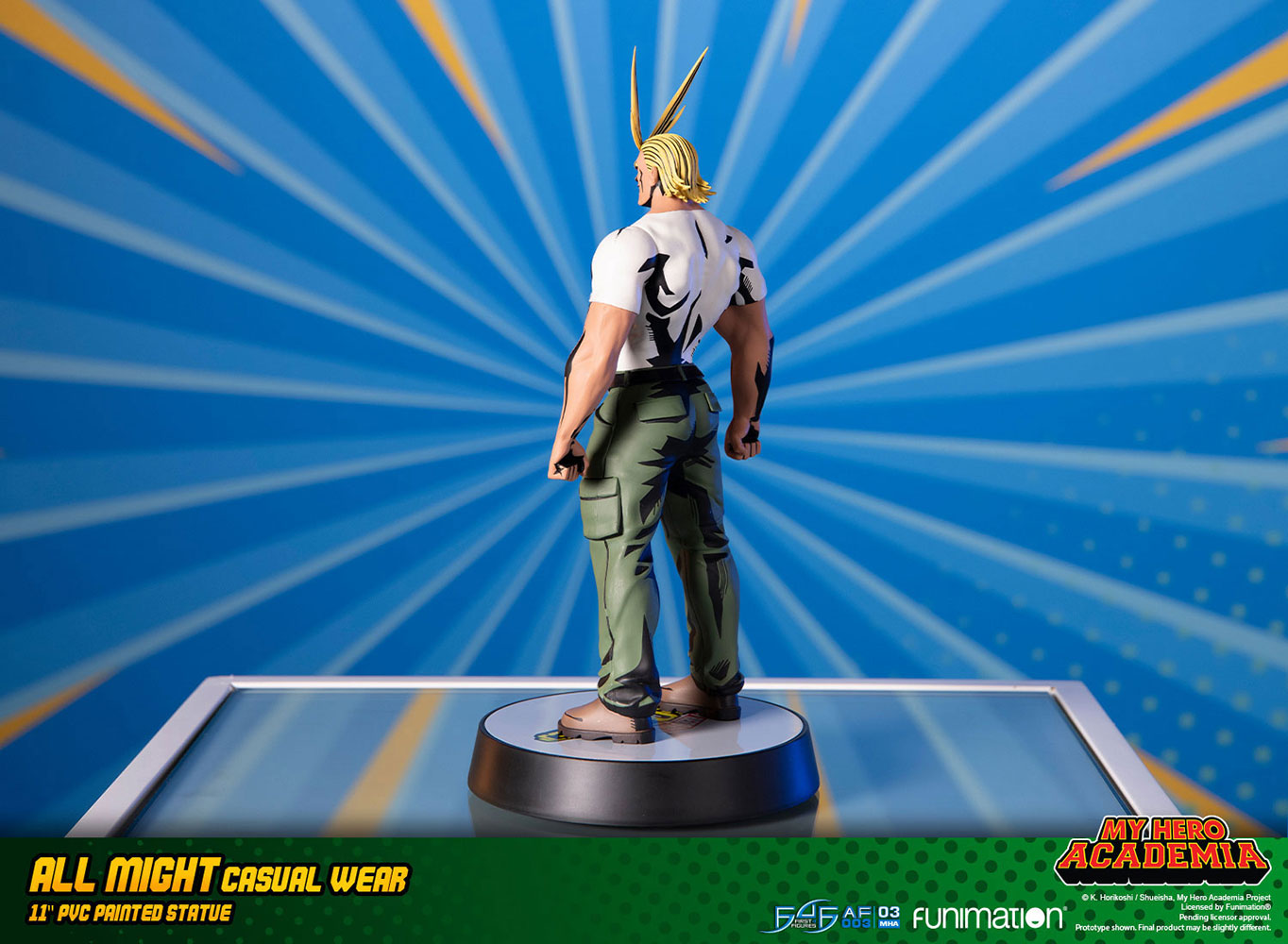 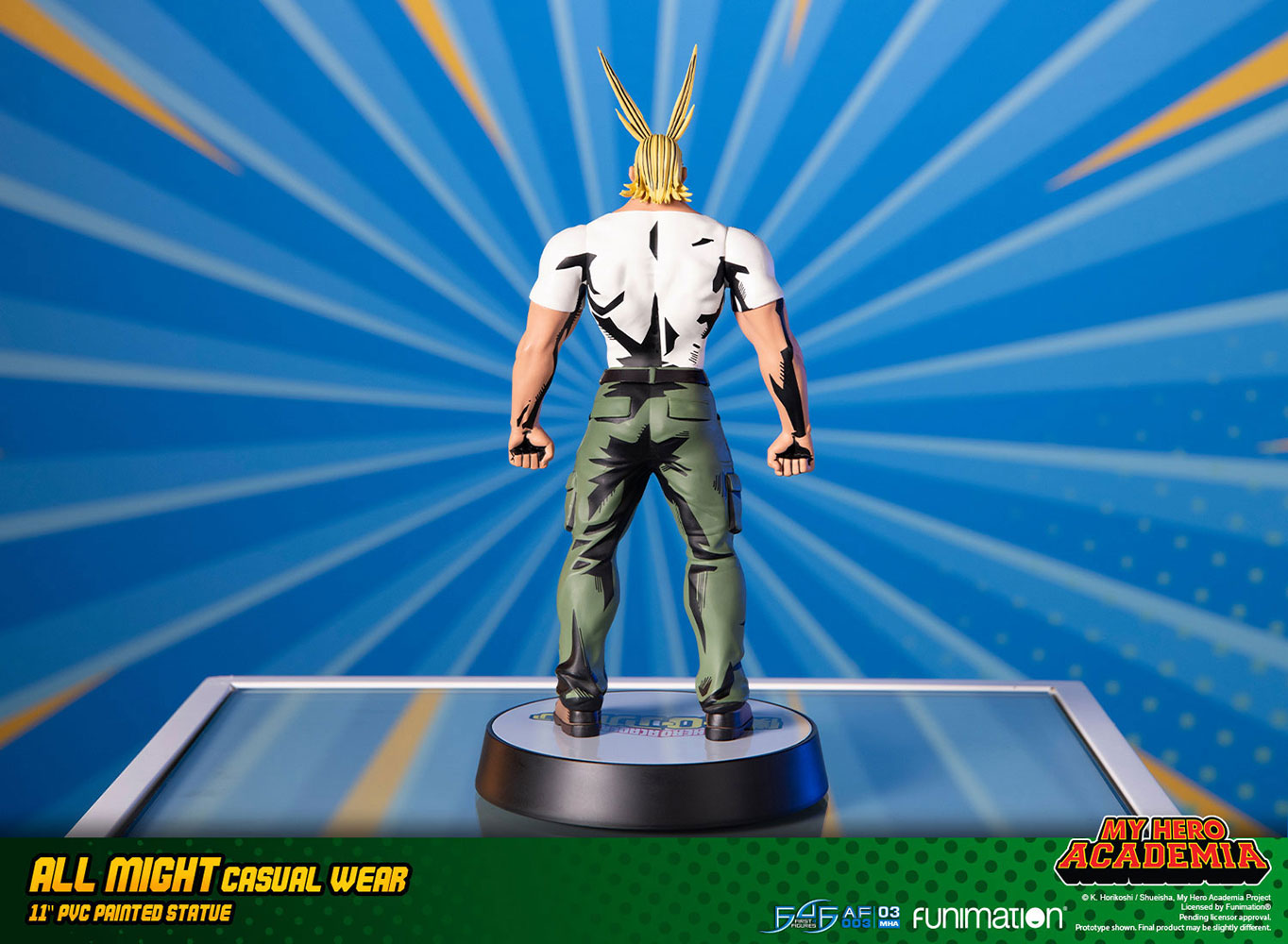 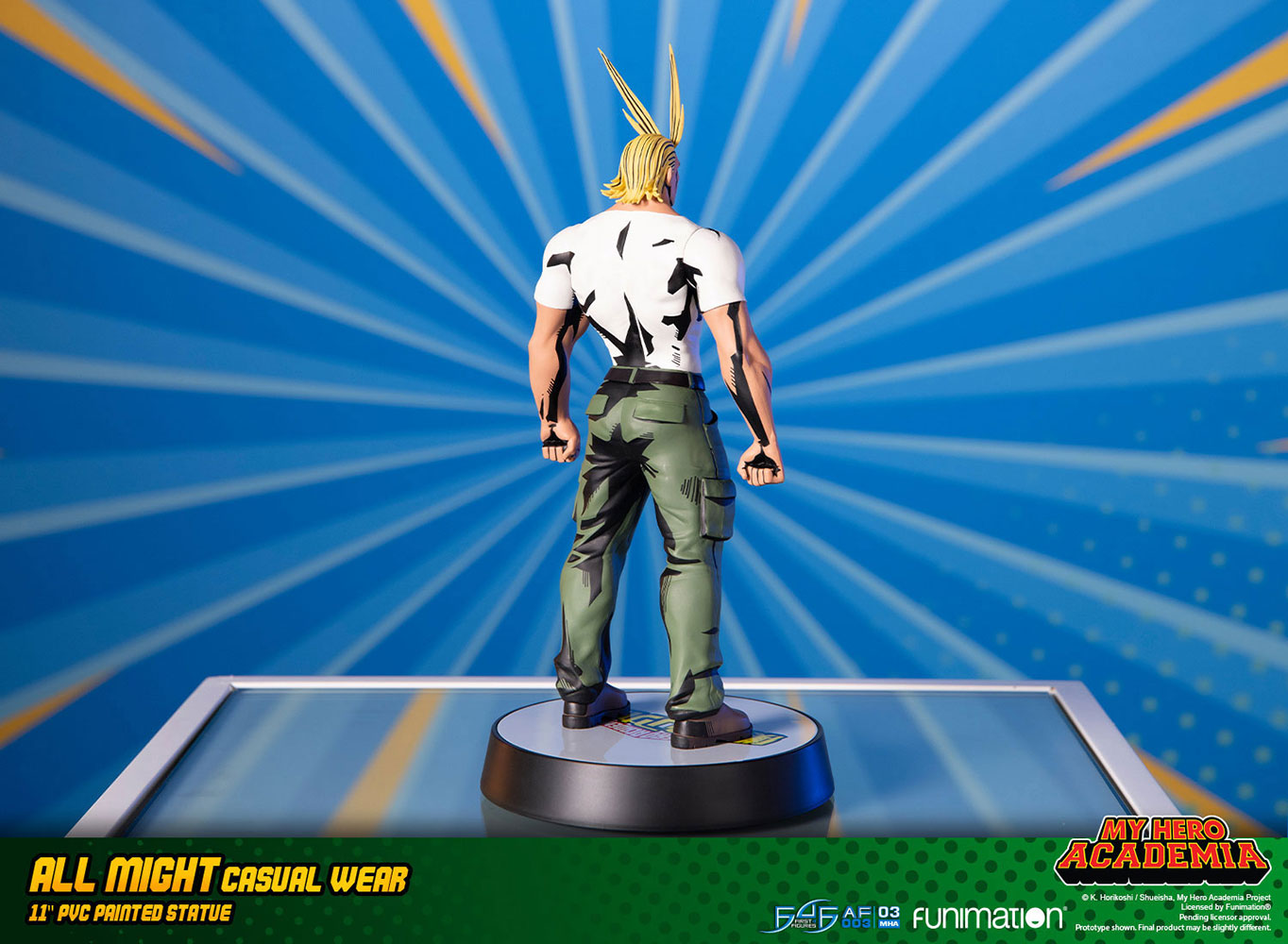 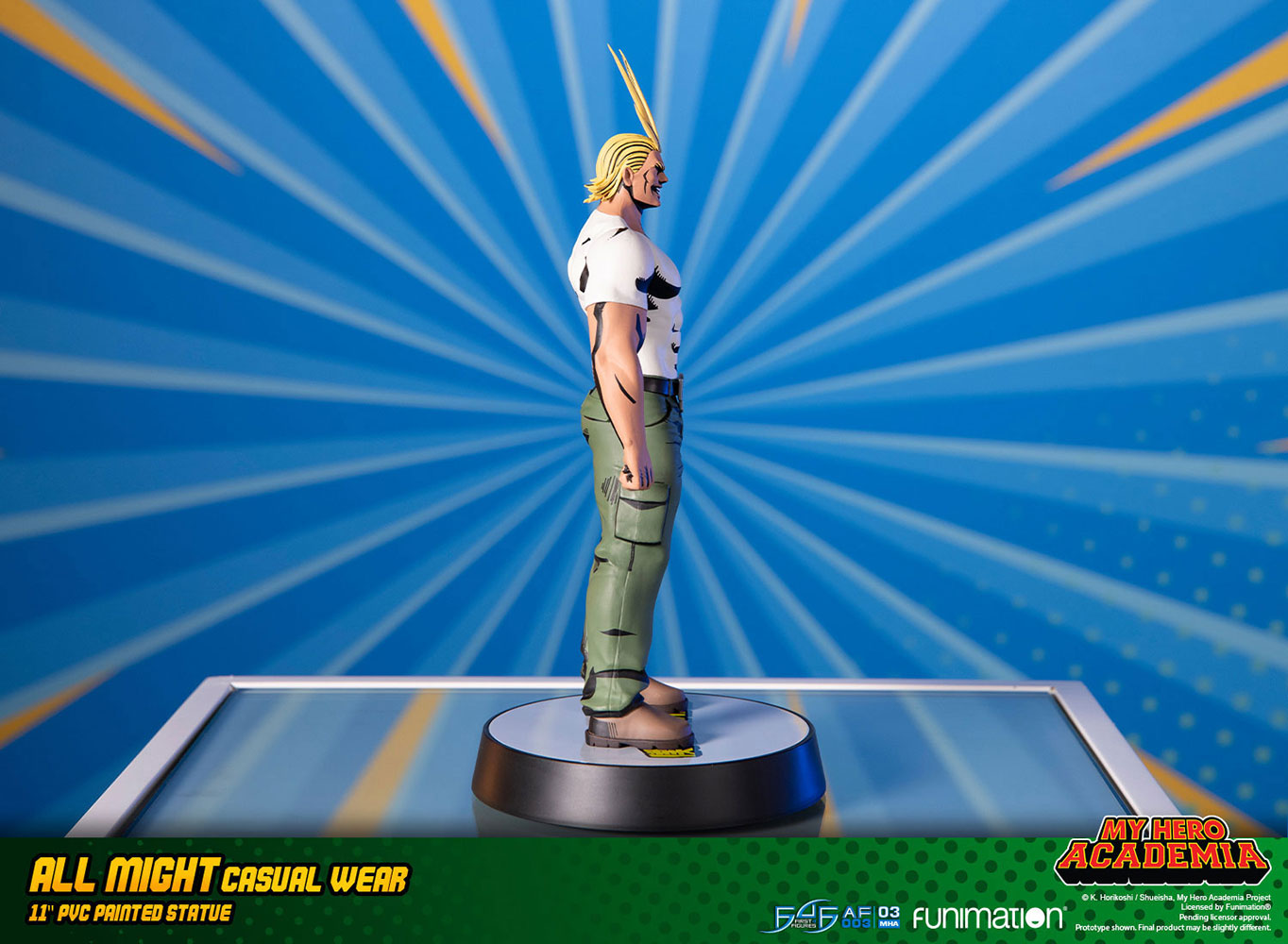 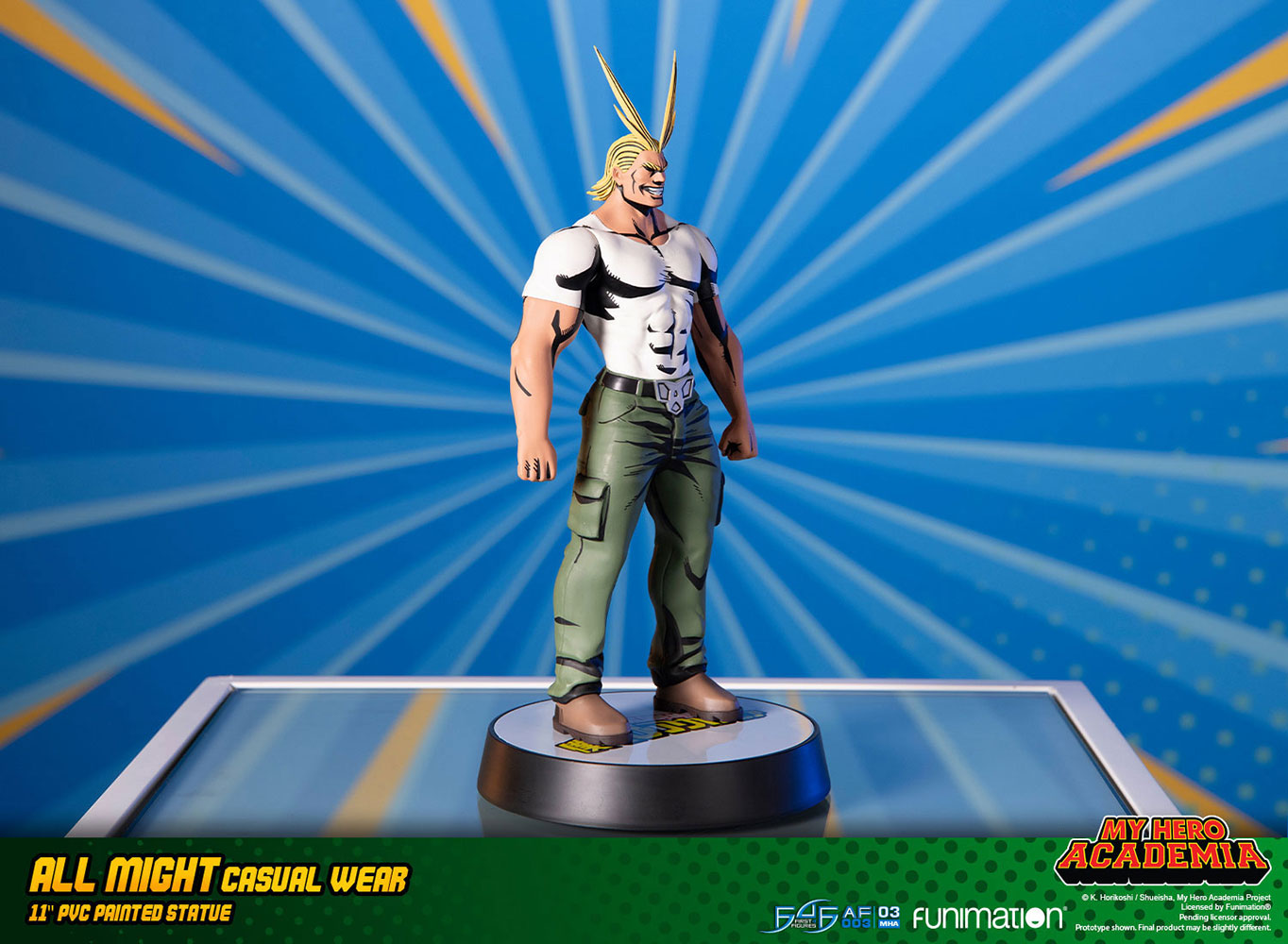 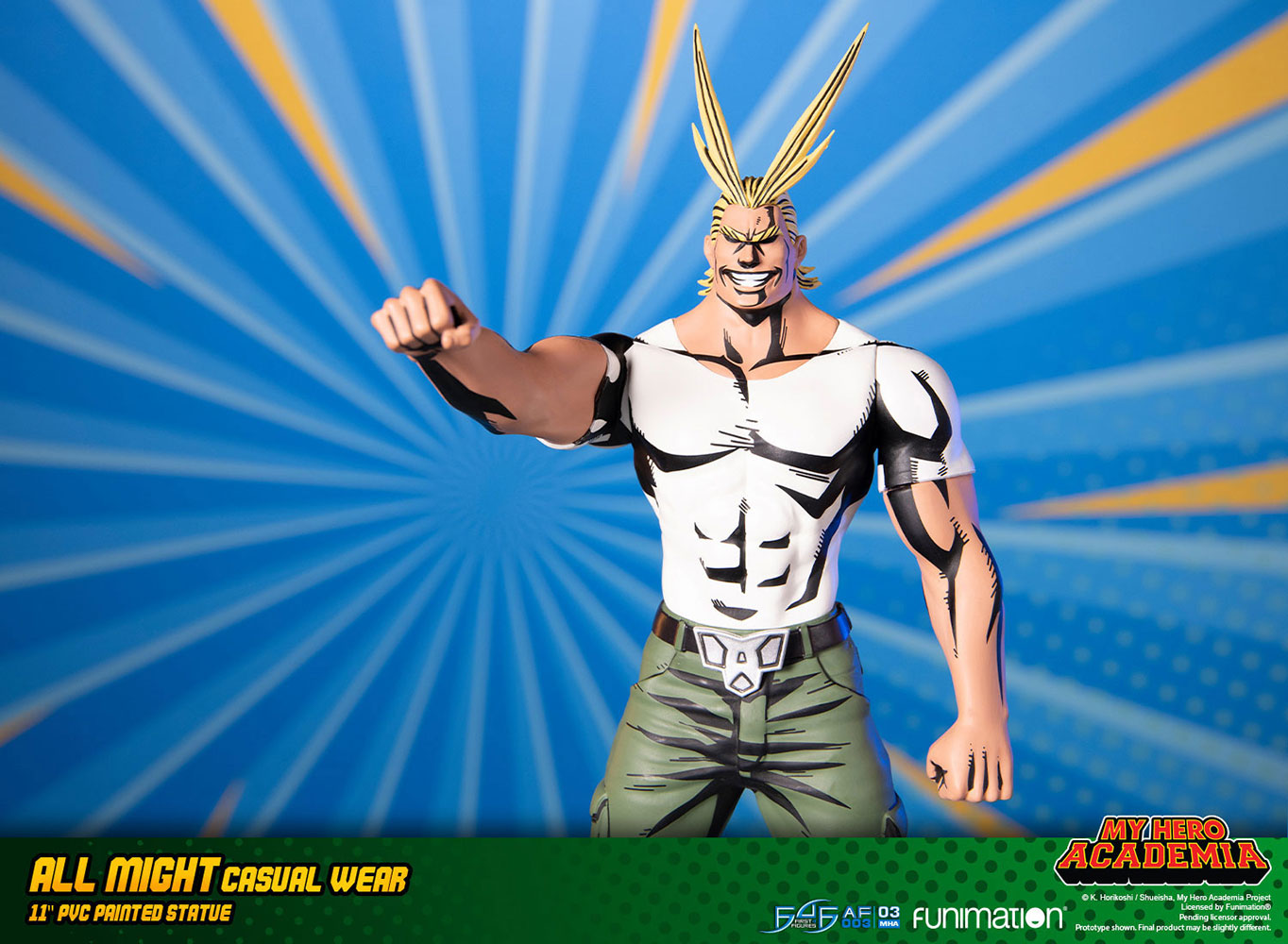 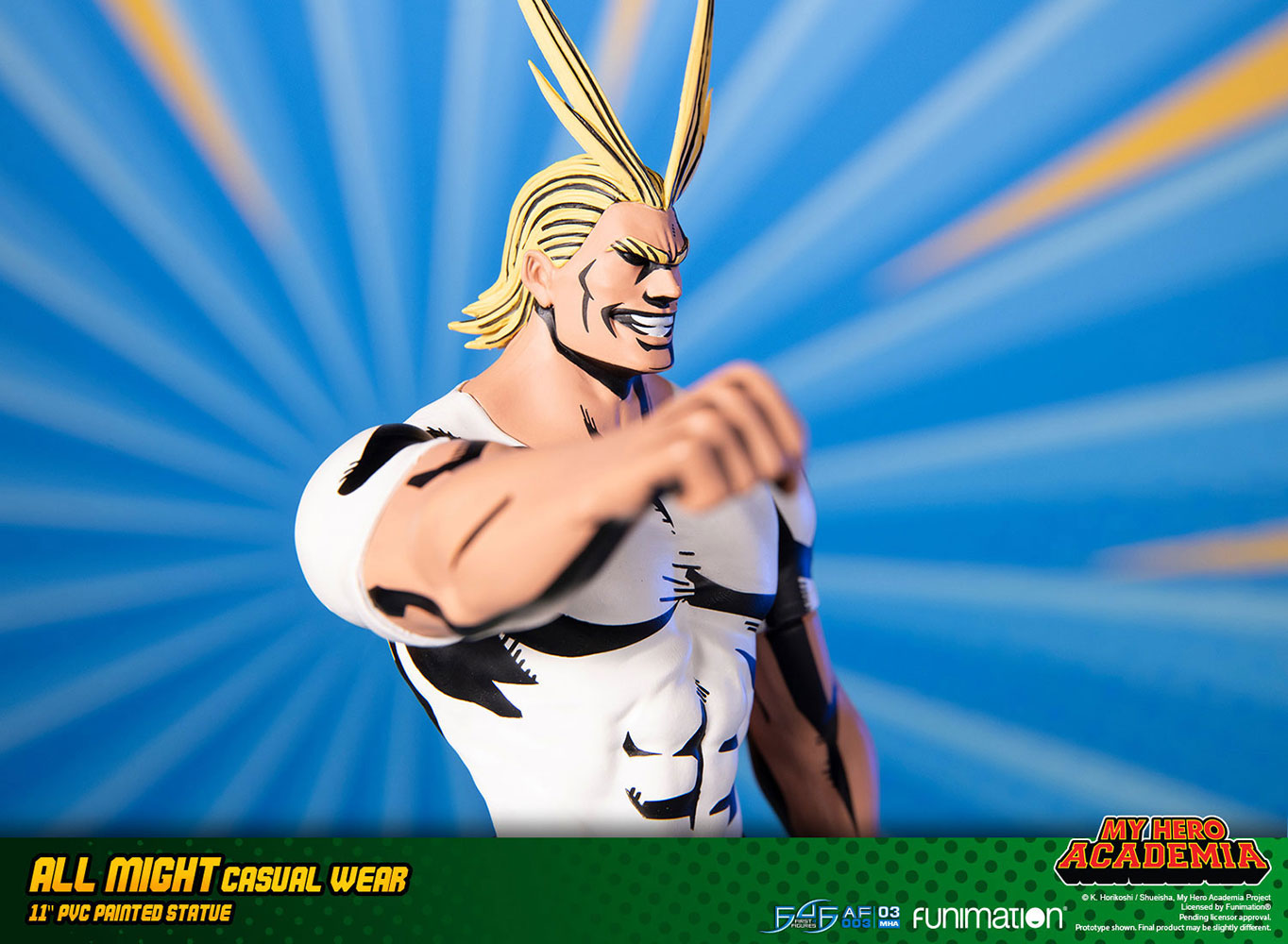 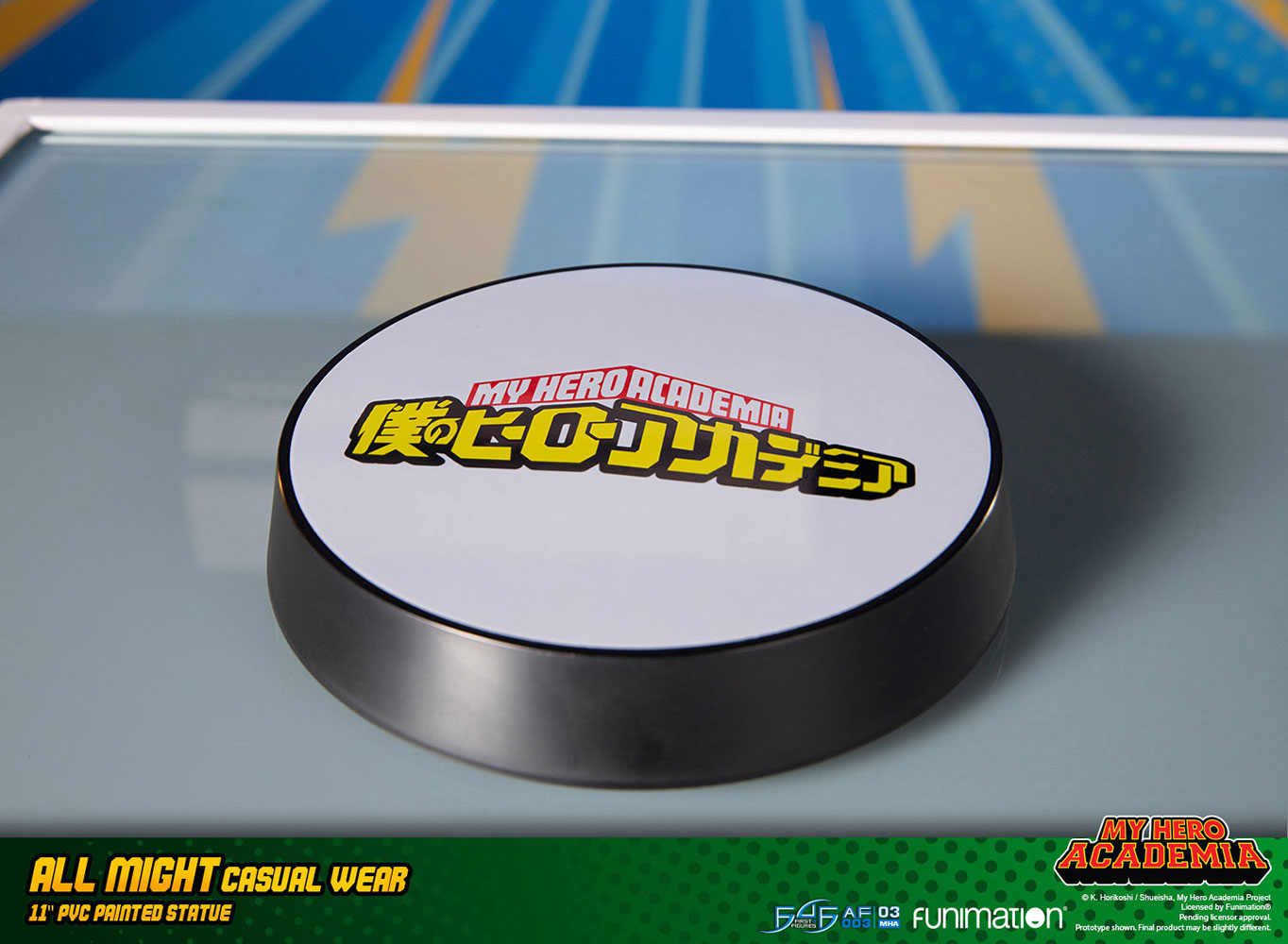 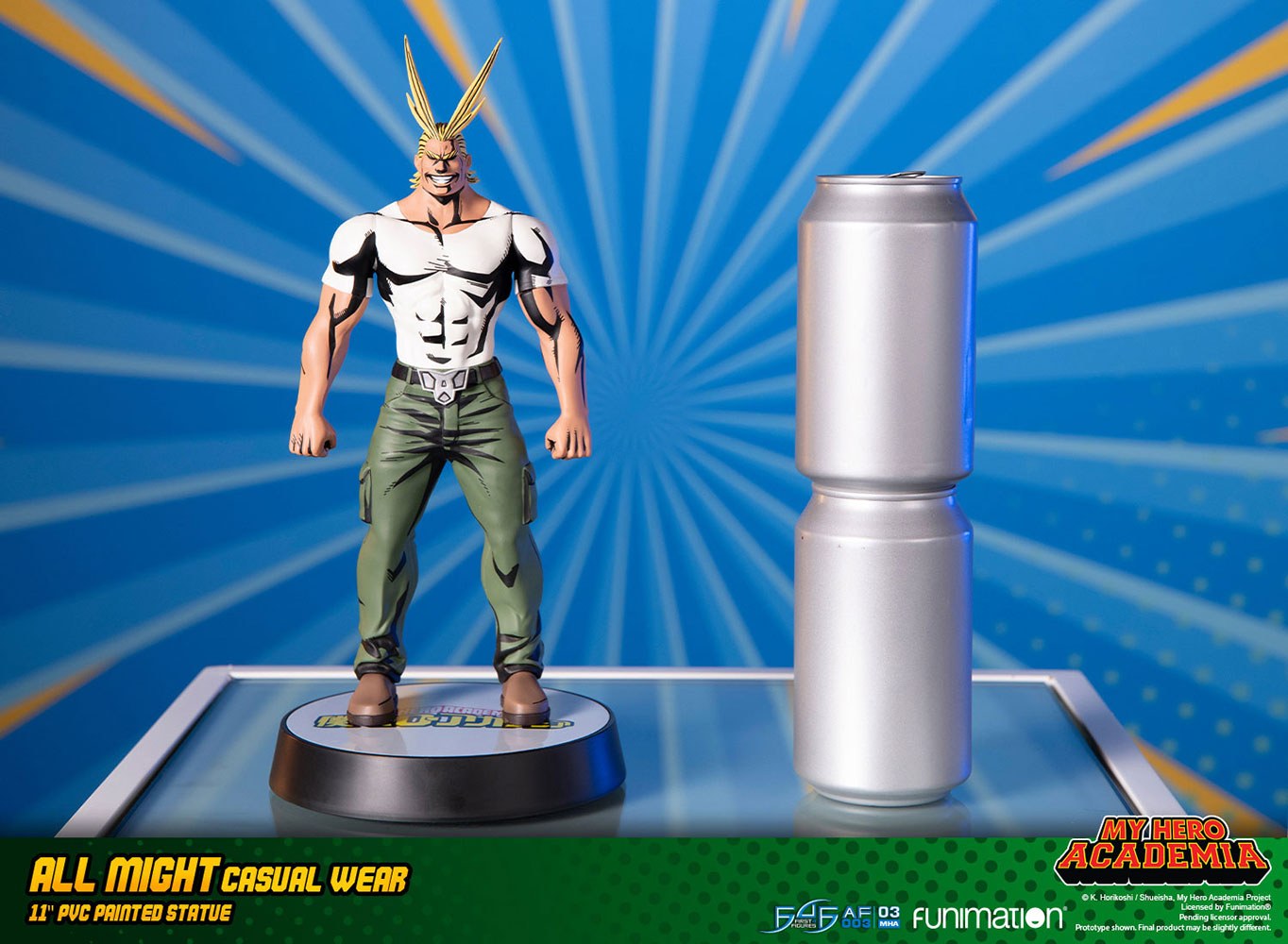 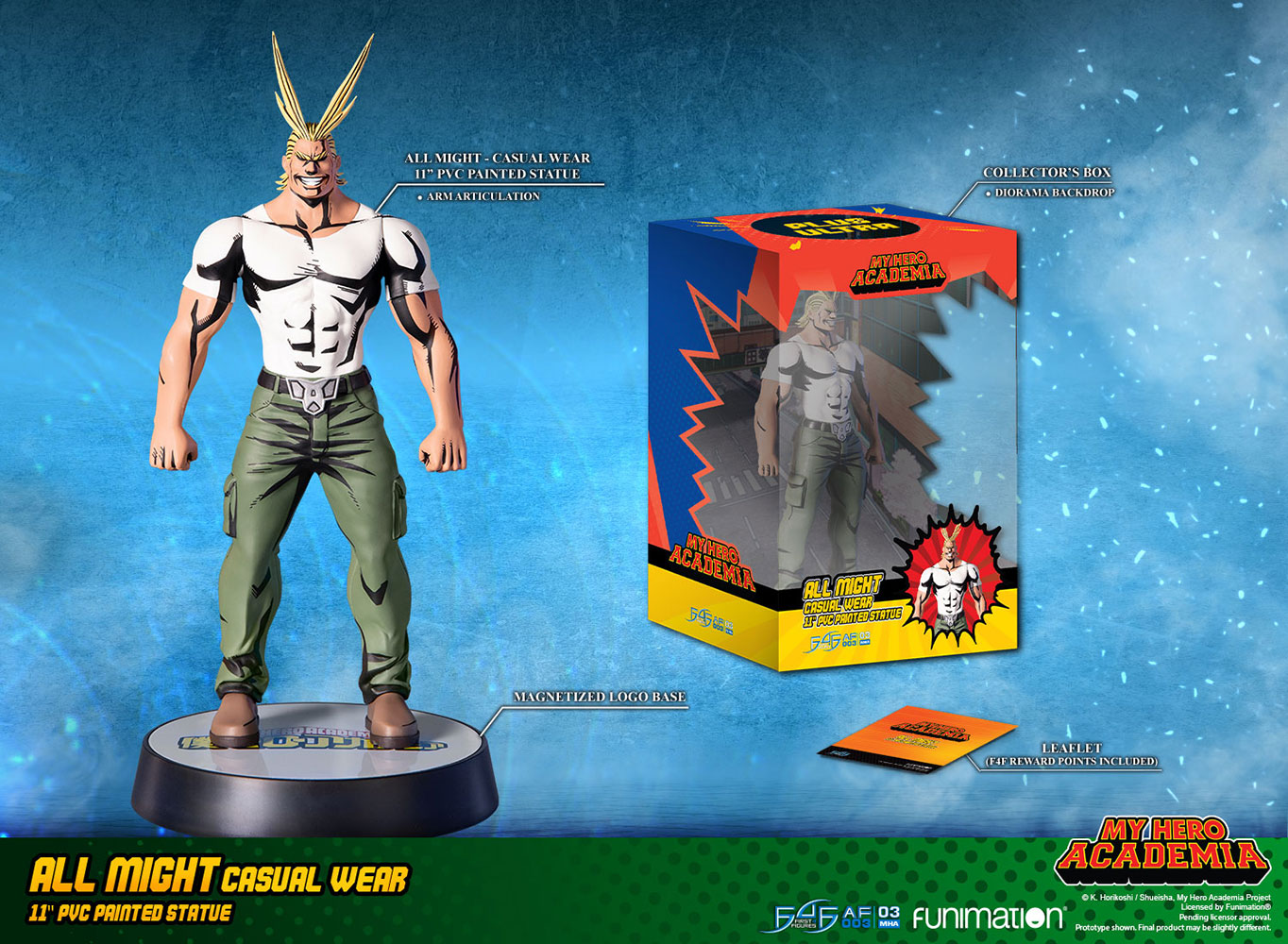 First 4 Figures is proud to introduce their latest PVC collectible, All Might: Casual Wear PVC Action Figure. This is the third statue to release in the My Hero Academia PVC AF lineup. Izuku Midoriya, the main character of My Hero Academia, idolised All Might during his youth and had all sorts of memorabilia in his room, one of which was an action figure of All Might in his Silver Age costume. This is where F4F took inspiration from for this collectible’s concept.

Just like young Midoriya's action figure in the anime, All Might is in his Casual Wear costume and also features adjustable articulated arms. The shading details throughout the figure is also very accurate to the source, adding even more definition to the figure. It stands atop a strong magnetized circular base with the My Hero Academia logo.