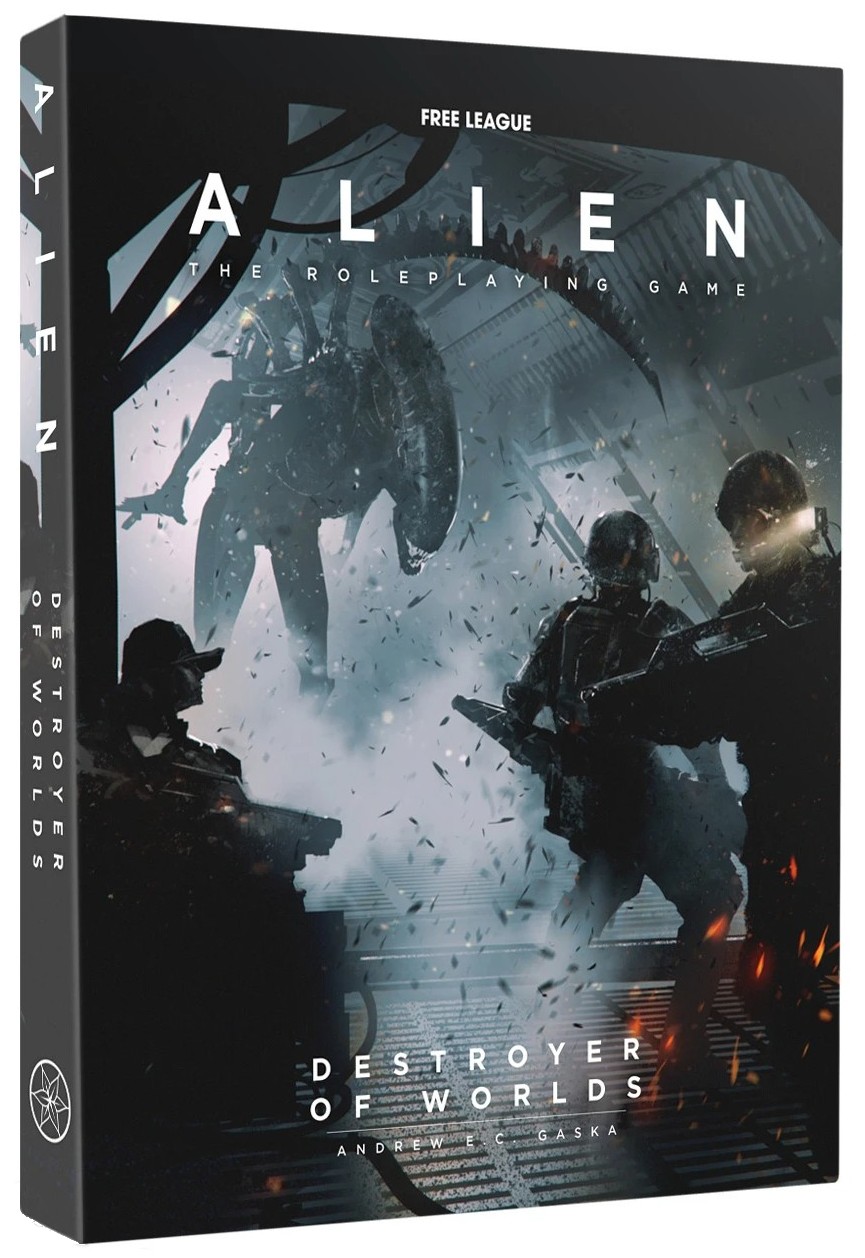 Destroyer of Worlds is a complete Cinematic Scenario for the ALIEN roleplaying game, written by sci-fi novelist Andrew E.C. Gaska. In Destroyer of Worlds, players take the roles of Colonial Marines. The scenario is designed for 3–5 players plus the Game Mother, and it’s a gauntlet of one hell after another. Expect it to take three sessions to complete.

NOTE: The ALIEN RPG core rulebook OR the ALIEN RPG Starter Set is required to play Destroyer of Worlds.