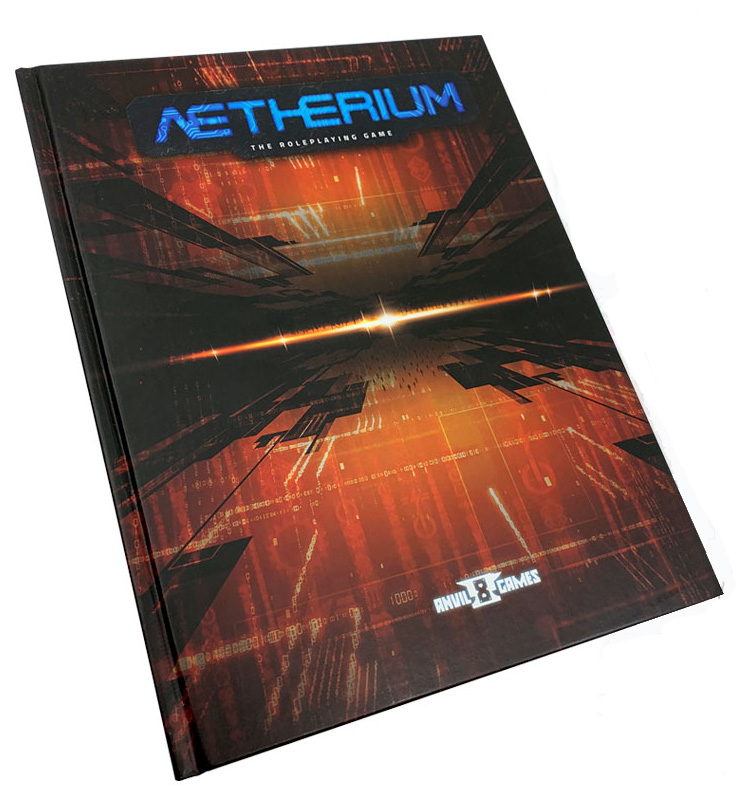 The Aetherium RPG allows players to log in to the world of Aetherium, a quasi-digital reality that humanity can access through a neural link called a Rig. Whether the characters spend most of the game logged into this limitless new world or they often trudge through the Meatspace (the dreary material world), this book unveils both worlds in enough detail to get players started.

This RPG features a streamlined ten-sided dice pool system at its core, with a ton of character choices for players to realize the character that they want to play. When you get into the action, it’s as simple as rolling a number of d10s equal to your Stat and looking for 7s or higher. Players can customize their rolls some through the use of Stunts and by gaining a form of injury called Glitch.

When interacting with the Aetherium, players are often rolling Aetherium dice, which are a custom twelve-sided die (a simple conversion chart is located in numerous places in the book for ease of reference, allowing you to use your own d12s, if you have them). These dice also allow players to manipulate the world around them through a process known as Hacking.

This is a hardback book clocking in at 256 pages of roleplaying fun, including all the rules you need to play and two adventures to get you started.